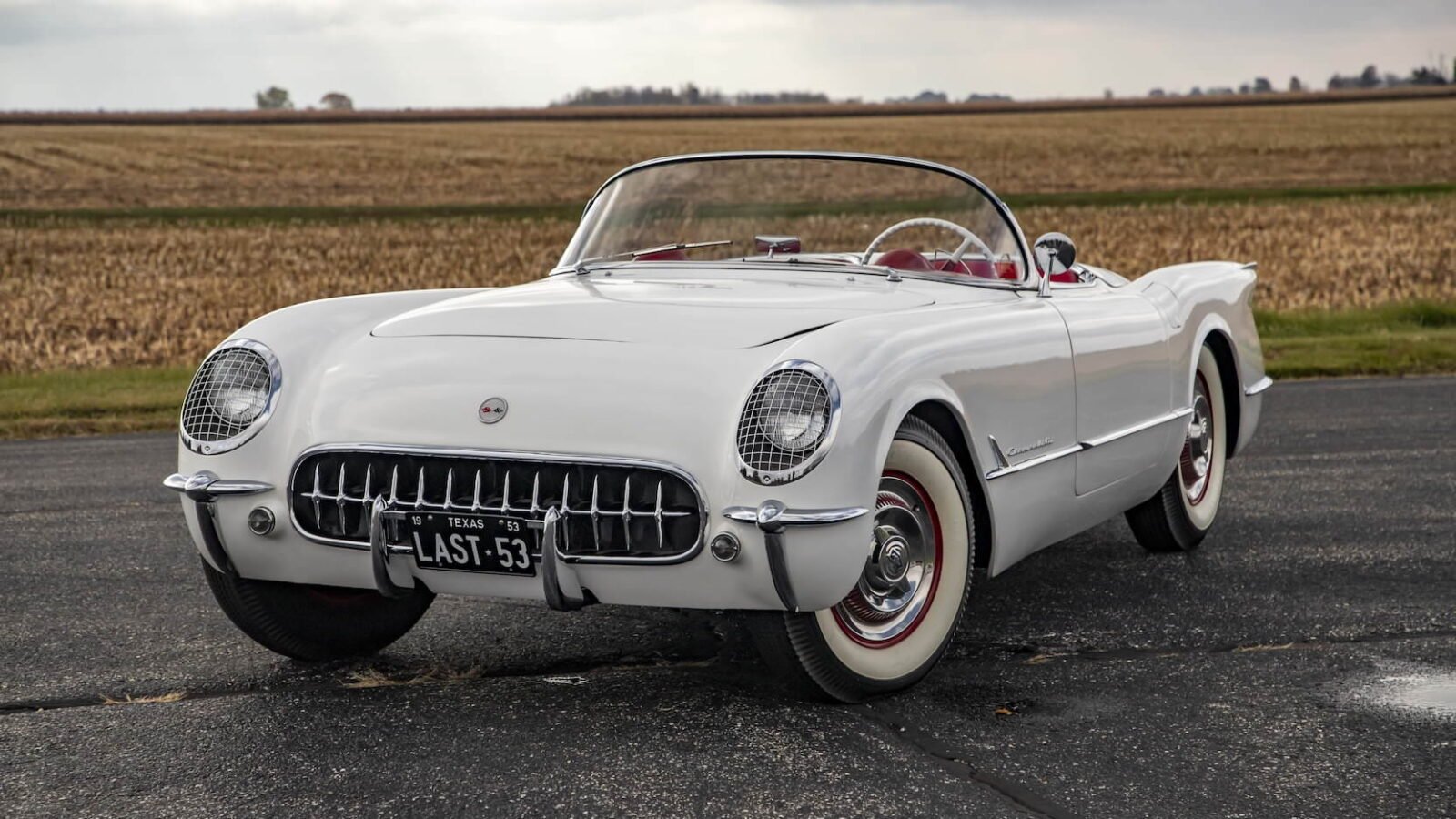 This is the last 1953 Chevrolet Corvette that was built, 1953 was the first year the Corvette was offered for sale which makes this car the last of the first Corvettes.

Chevrolet first showed the Corvette concept car to the general public at the 1953 Motorama display at the New York Auto Show. The overwhelmingly positive response from the American car buying public convinced Chevrolet to put the car into production, which they managed to do by later the same year.

This would be the first car made by a major American automaker with a fibreglass body, this was still considered a new material at the time, and new uses for it were being discovered on a regular basis. A number of other low volume American car makers had been using fibreglass bodies for a few years, as it allowed them to build complex, curved body shapes without needing expensive metal stamping machinery, or even more expensive craftsmen to shape it by hand. 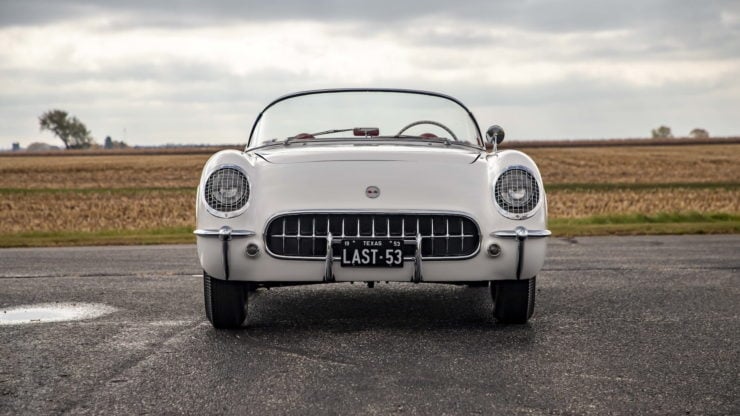 The 1953 Corvette had a full fibreglass body with a steel chassis, and running gear taken from elsewhere on the Chevrolet production models in order to reduce expenses and rapidly accelerate the car’s development.

The engine chosen to power the new car was the Blue Flame inline-six cylinder, although we would later associate Corvettes with thunderous V8s the model started out as a straight six. This made a lot of sense in the 1950s as world famous sports cars like the Jaguar XK120 were powered by inline-sixes, and it was these exotic European cars that Chevrolet was hoping to compete with in sales.

The first 300 Corvettes built in 1953 were offered in Polo White with a red interior, and a two-speed automatic transmission. The automatic was chosen as it was felt that it would be more appealing to an American consumer base, but manual transmission options appeared in 1955, and the first V8 was offered earlier the same year.

The early first generation Corvettes are considered by many to be some of the most beautiful American sports cars ever made. They set the style language for the model range going forward, and all future Corvette models would be able to trace their lineage directly back to the 300 original cars from 1953. 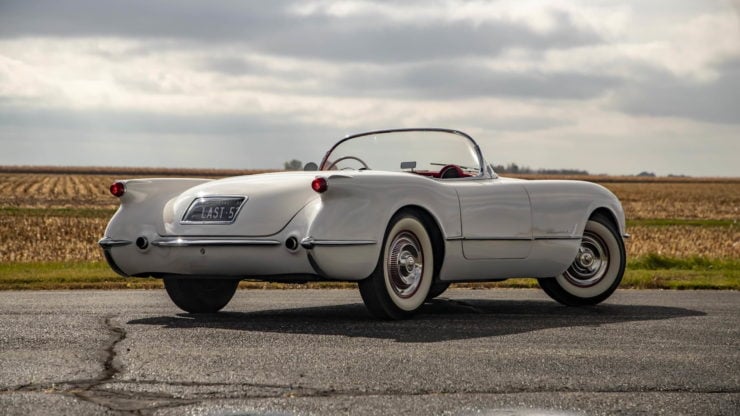 The car you see here was hand-built in Flint, Michigan on Christmas Eve, on December the 24th, 1953. It was bought new by a doctor from California, and it’s been a notable car ever since its first construction, it was mentioned in the VCCA’s Blue Flame Special newsletter in 1971 and Corvette News in 1973, it was also part of the Dr. Ernie Hendry Collection from 1986 till 1998.

In 1986 the car was restored by Sara Blake and Joe Meyer, since then it’s been Bloomington Gold certified in 1988, and it was awarded the NCRS Top Flight, Performance Verification, and the Duntov Mark of Excellence in 1990. Interestingly the car was part of GM’s World of Motion display at Disney World and it was a Bloomington Gold Hall of Fame Inductee in 1999.

It was restored again by 1953 to 1955 NCRS Master Judge Steve Newsome in 2007 with the top and interior restored by specialist John Kennedy at the same time. More recently the car had an extensive mechanical overhaul by Steve Newsome in 2015, and it comes with the Flint Assembly Plant Brick #300 of 300, the owner’s manual, side curtains, and jack included.

It’s thought that approximately 200 of the original 300 1953 cars have survived, this remains one of the most awarded and most famous in the Corvette community. It’s coming up for sale for the first time in years with Mecum in January, if you’d like to read more about it or register to bid you can click here to visit the listing. 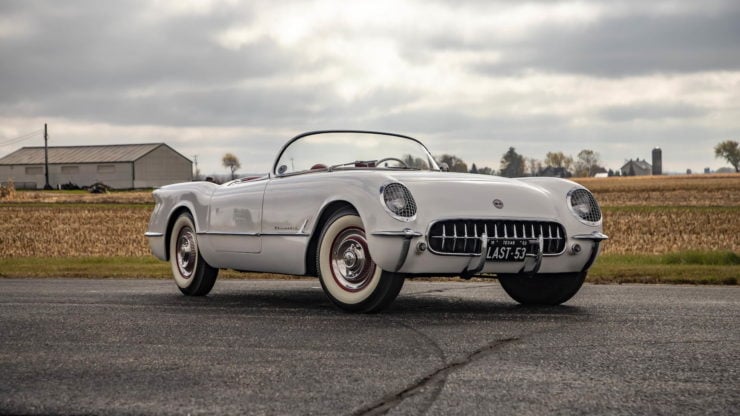 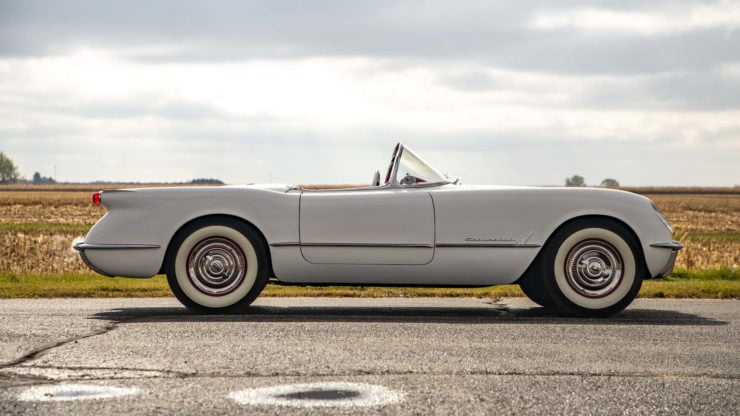 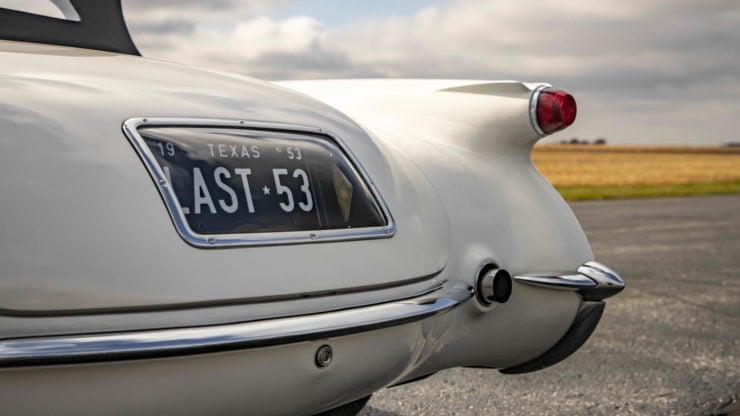 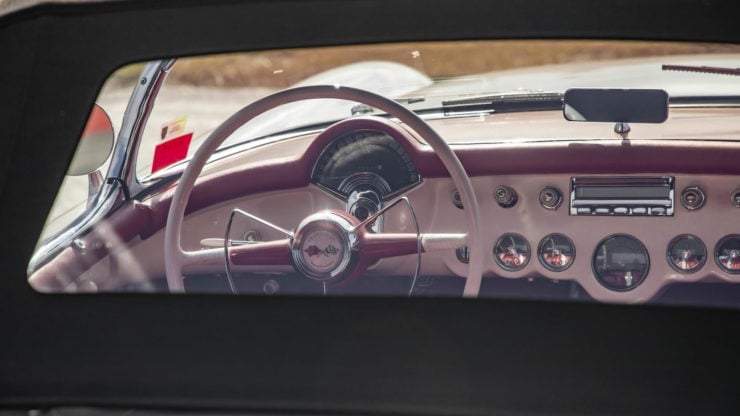 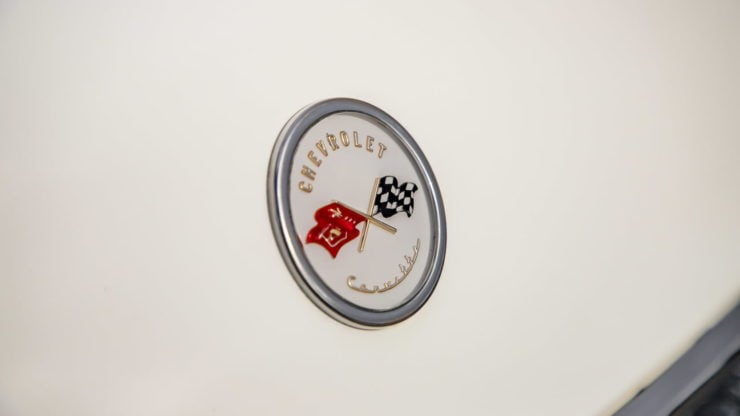 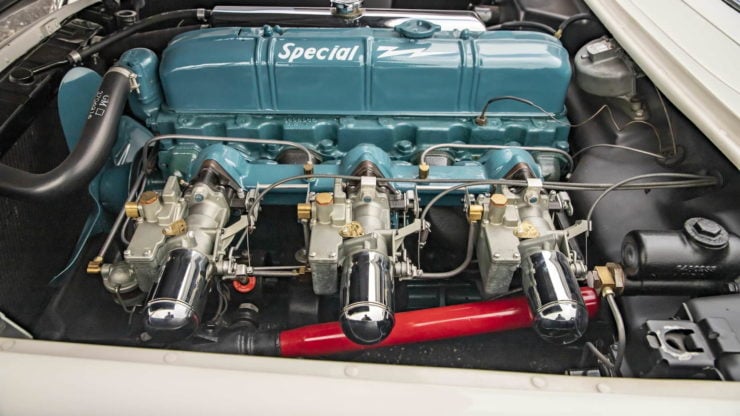 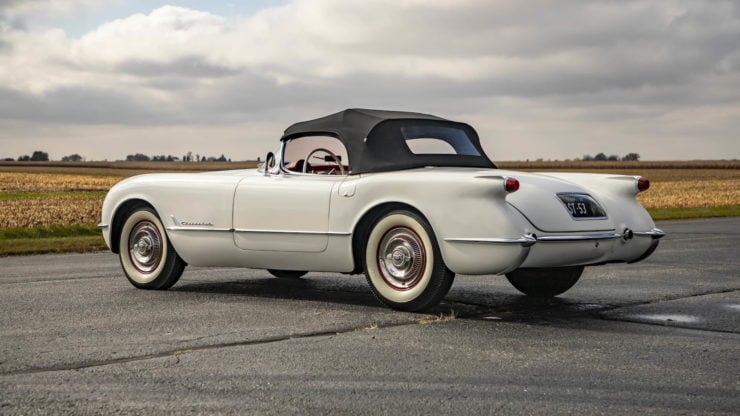 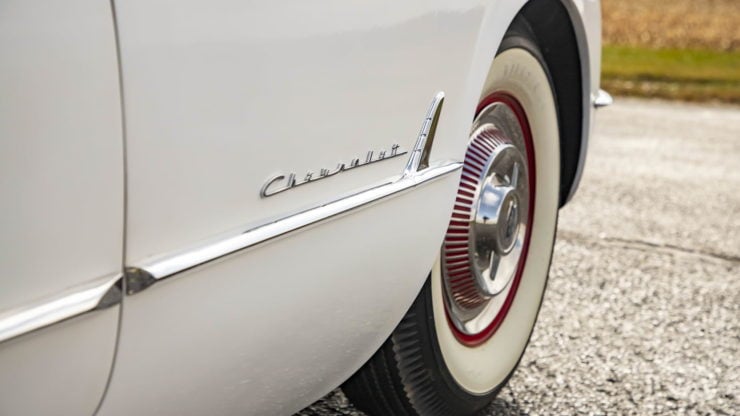 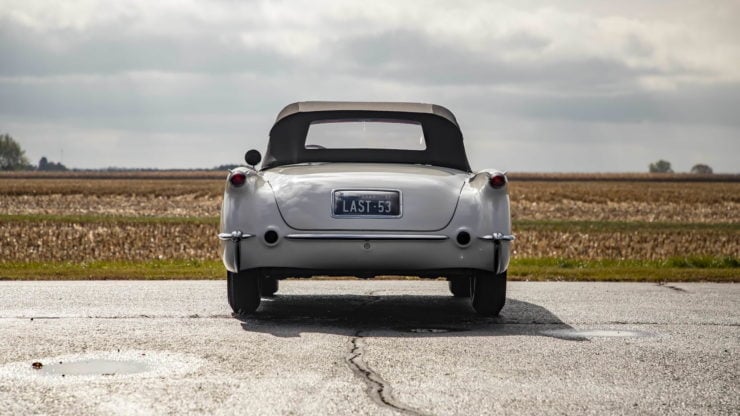 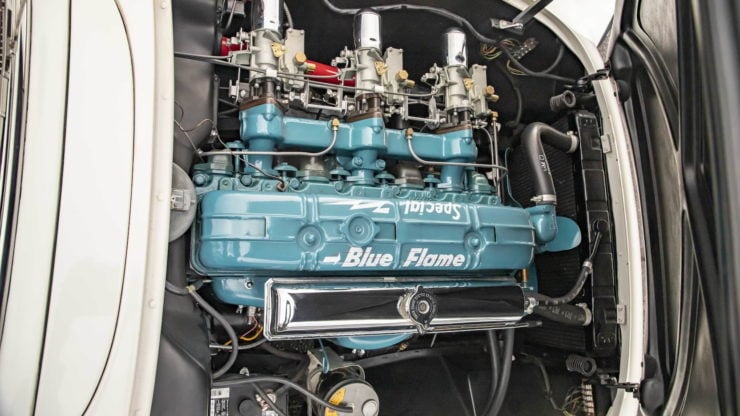 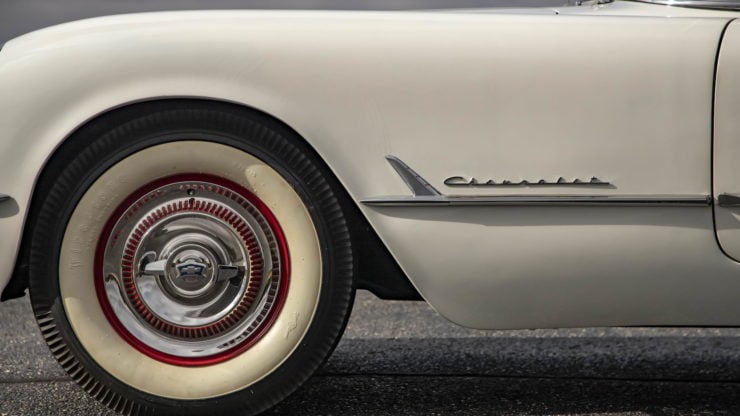 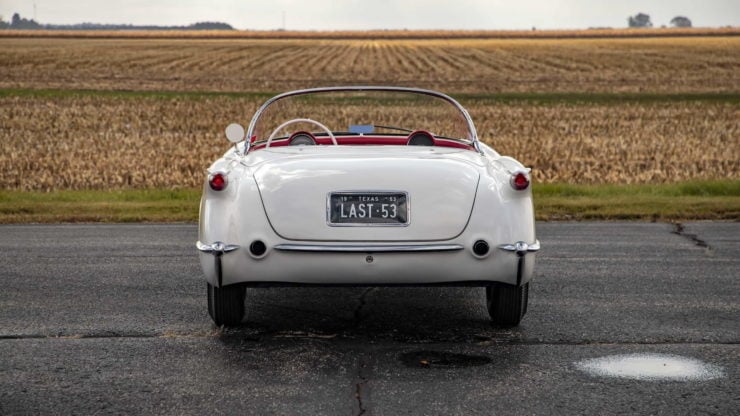 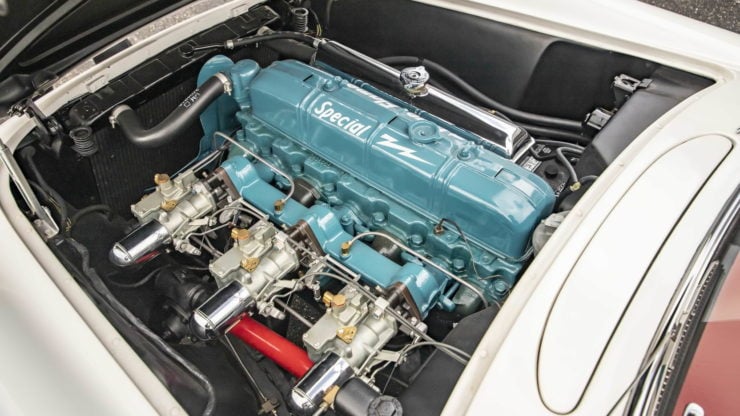 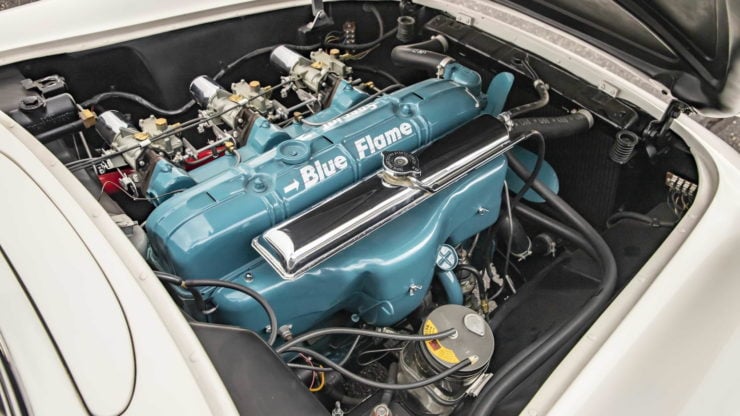 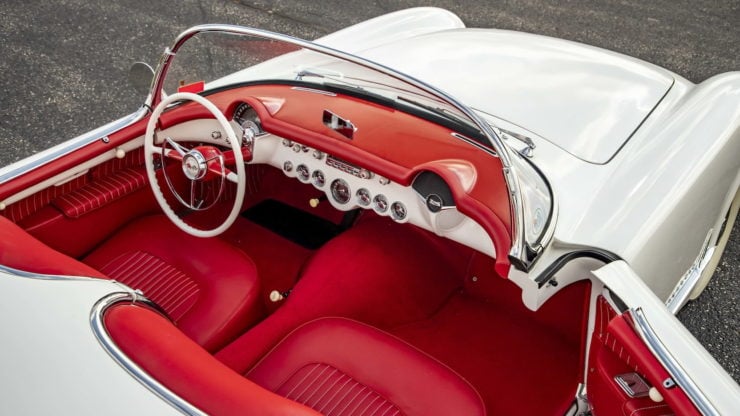 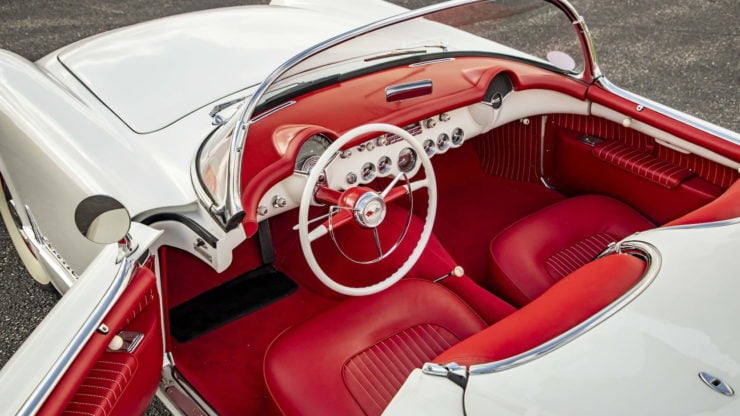 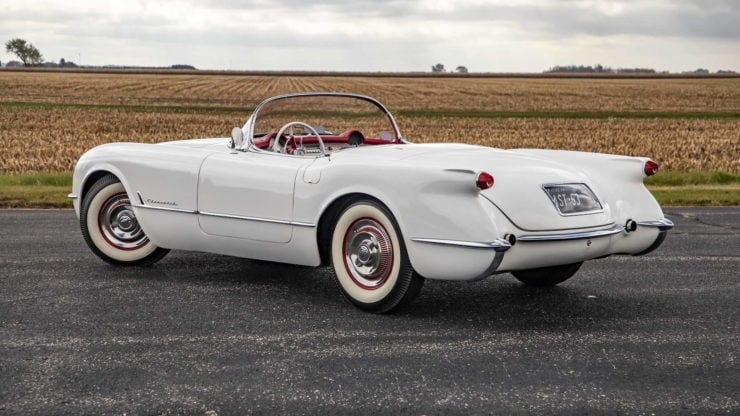 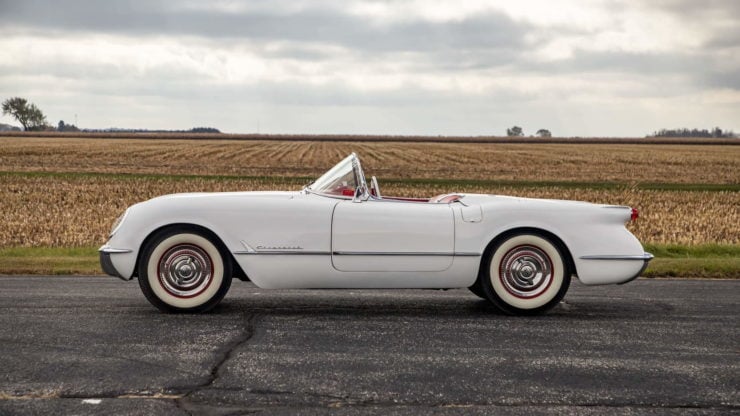 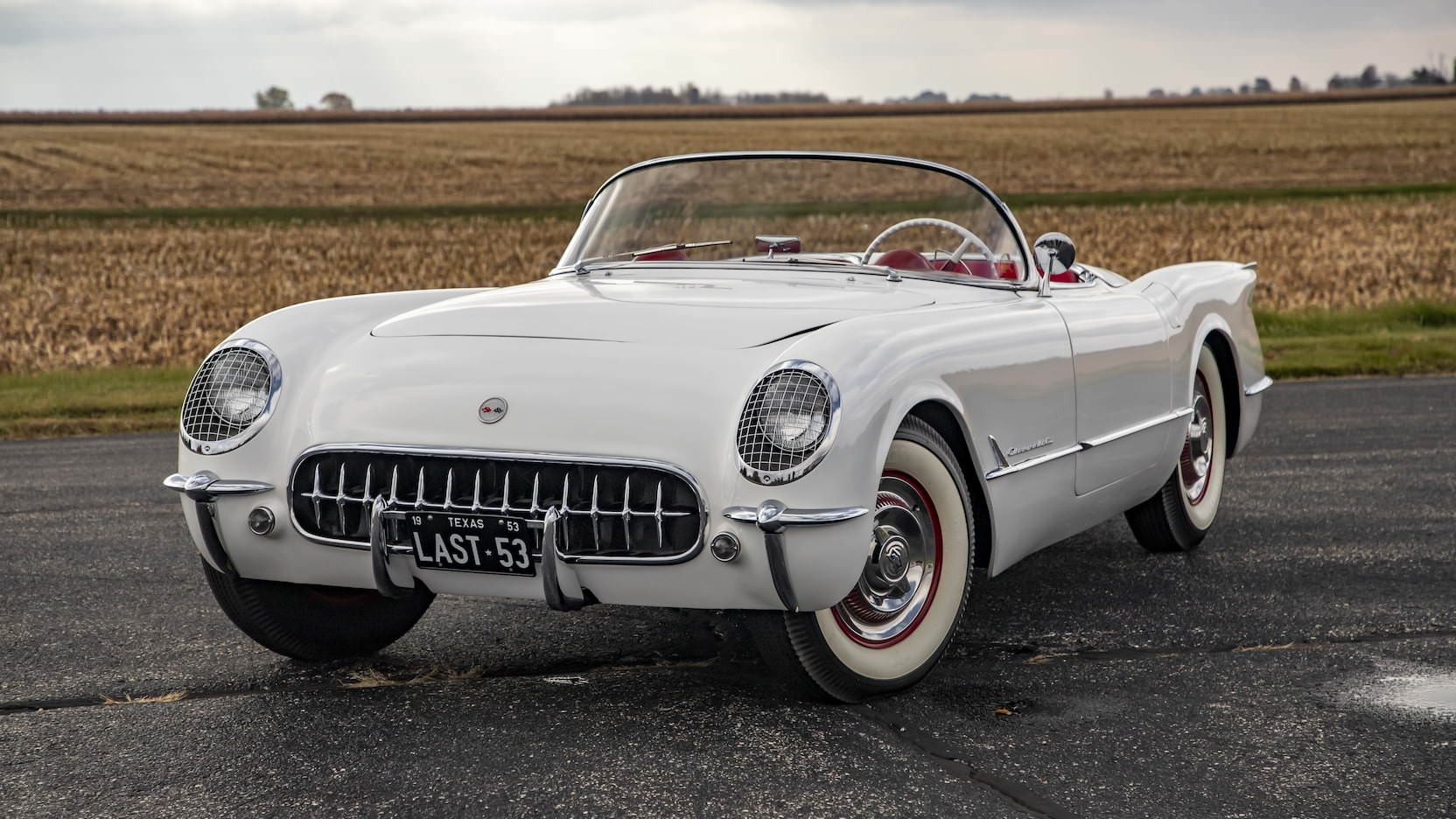 This 1986 Toyota Land Cruiser FJ60 has been both restored and upgraded for prolonged journeys off the asphalt, the work was done by the…