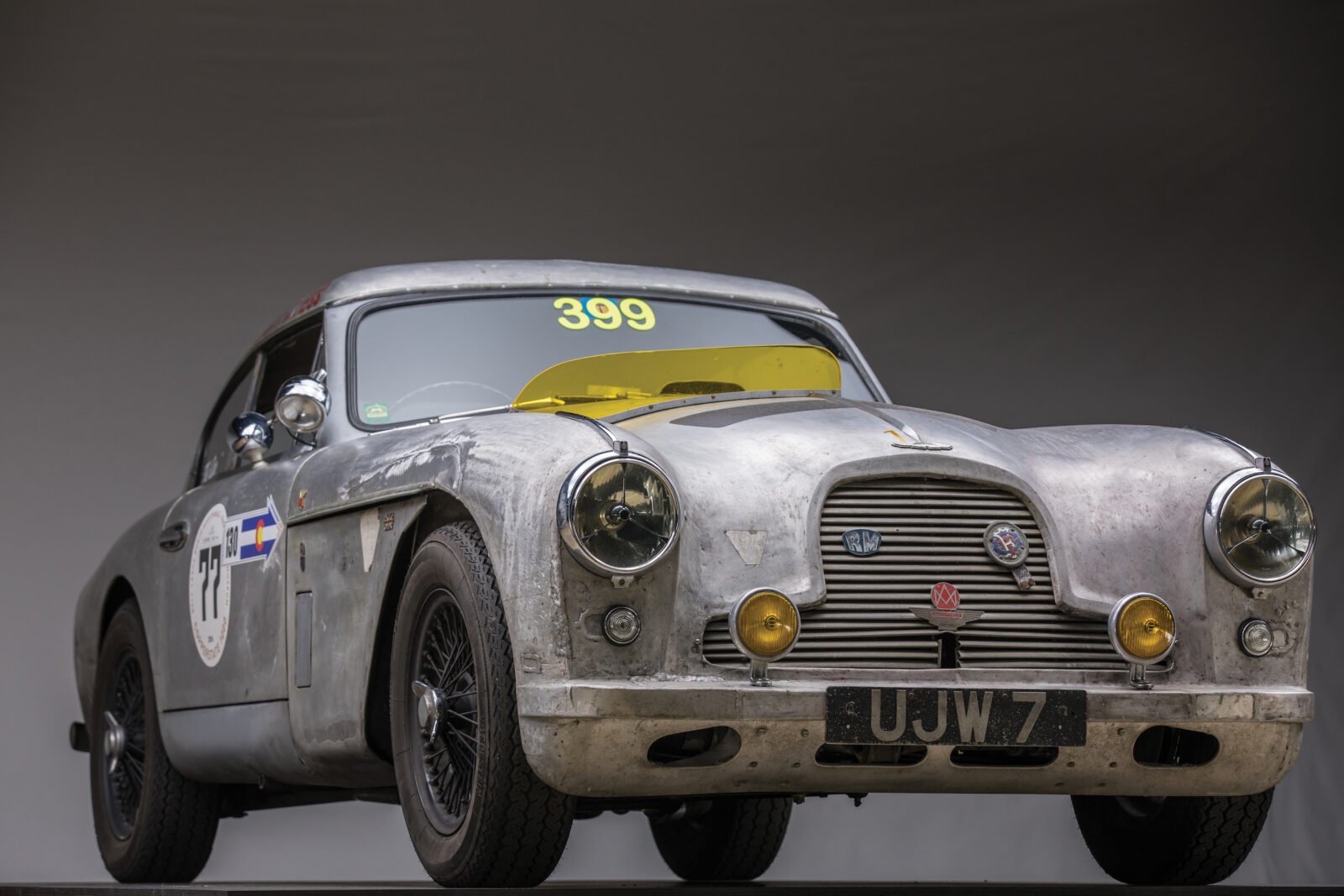 This unique Aston Martin DB2/4 Mk II is one of the most well-known surviving examples of its model line, it’s taken part in the modern Mille Miglia (2013) and it was at the Concorso d’Eleganza Villa d’Este when it was seen by its current owner who bought it on sight.

Compared with the DB2 the DB2/4 has a curved windscreen, larger bumpers, repositioned headlights, and a slightly increased roofline to better accommodate the two people in the rear. As with its predecessor it uses an aluminum alloy body on a steel frame, with independent front suspension, a live axle rear, drum brakes on all corners, a 4-speed manual transmission, and a front-mounted, double overhead cam straight-6 designed by none other than W.O. Bentley. 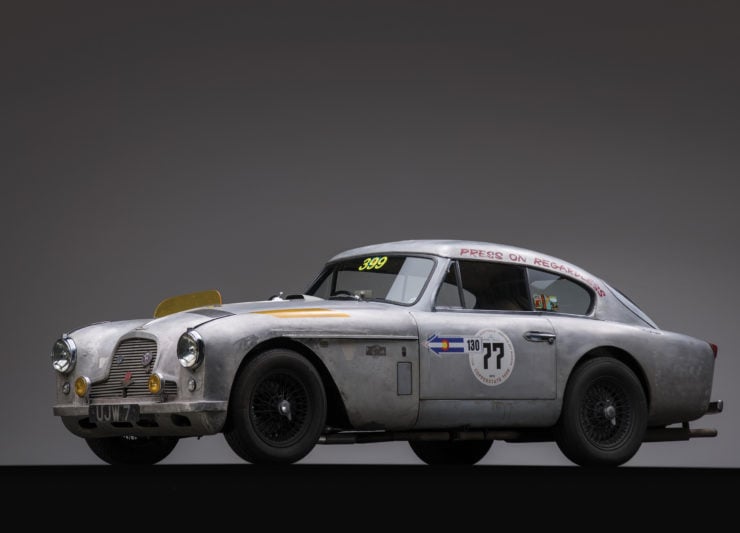 The reason this DB2/4 Mk II is so memorable is because of its unusual looks. Whereas many of its siblings have pristine paint and immaculate interiors thanks to careful restorations, this car is different. 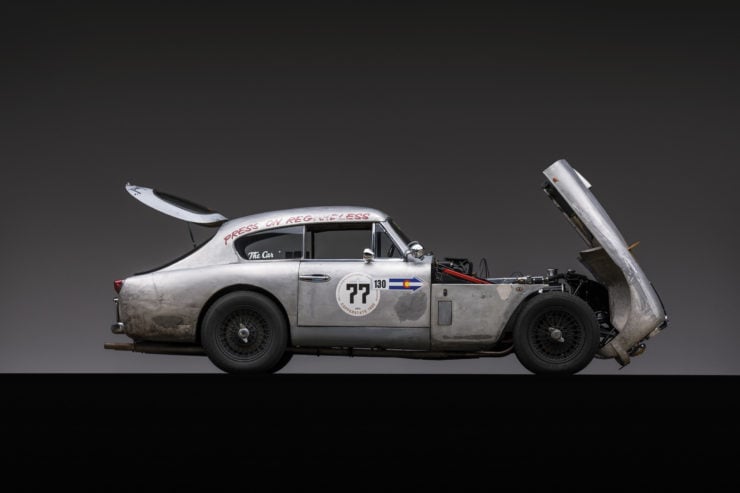 It proudly wears every dent and ding from its long life, made all the more eye-catching by the fact that a previous owner had the aluminum body stripped of paint as part of an abandoned restoration. It was bought in its paintless state and given a very careful mechanical restoration by the team at Aston Martin specialists Kevin Kay. They went to great lengths to respect the wishes of the owner, and keep all of the patina on the body and interior in place while performing a concours-quality engine bay restoration.

A few years after this in 2011 the car was in a winter storage facility when a build up of snow and ice caused the roof to collapse, causing significant damage to many of the parked cars including this one. The Aston was sent to RM Auto Restoration for repairs to the roof, it needed to be hammered back out but fortunately it was salvageable.

The phrase “Can’t Be Crushed” was added to the base of the rear window, with matching “Carry On Regardless” added to either side of the roof above the doors. These catch-phrases have become a big part of the car’s personality, and they contributed significantly to its unique appearance along with the yellow bug screen on the hood and the David Brown tractor badge.

The car is now due to roll across the auction block with RM Sotheby’s in Monetery in mid-August, it’s being offered without reserve and you can click here to read more about it or register to bid. 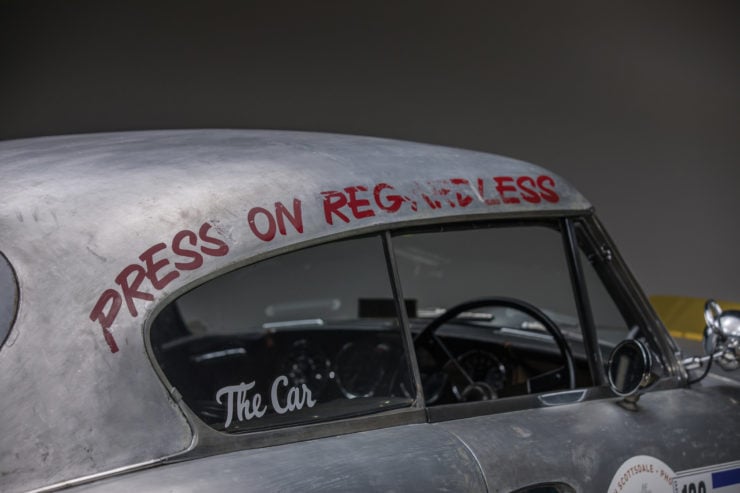 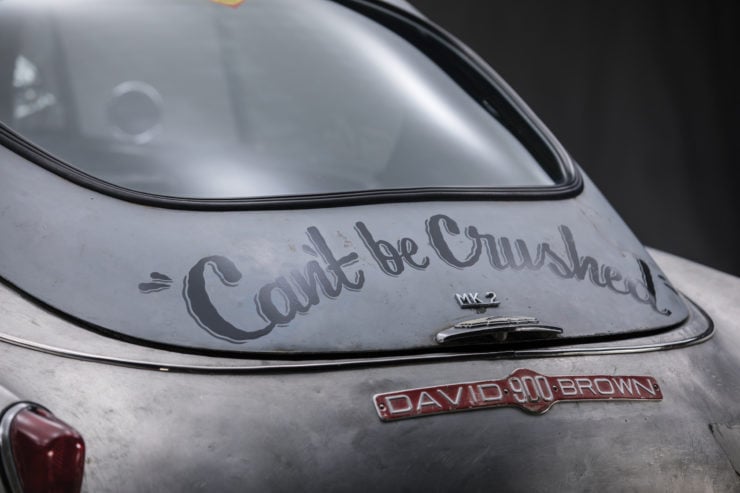 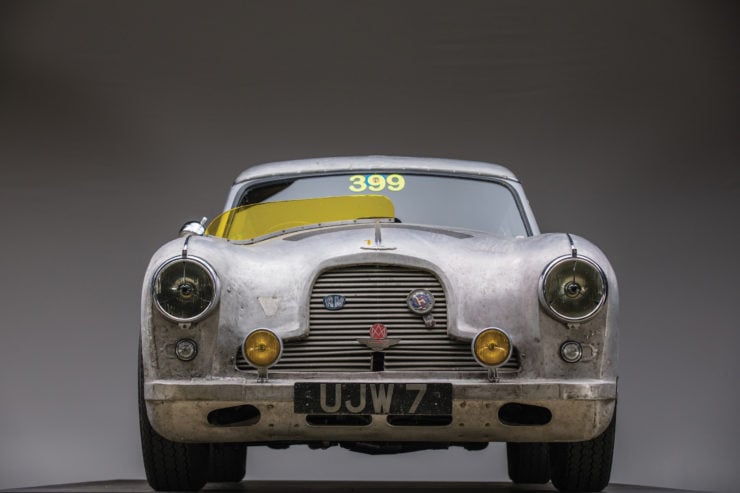 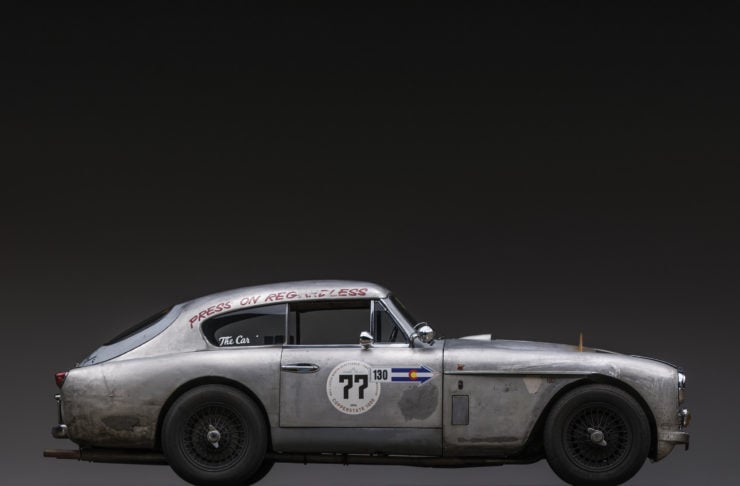 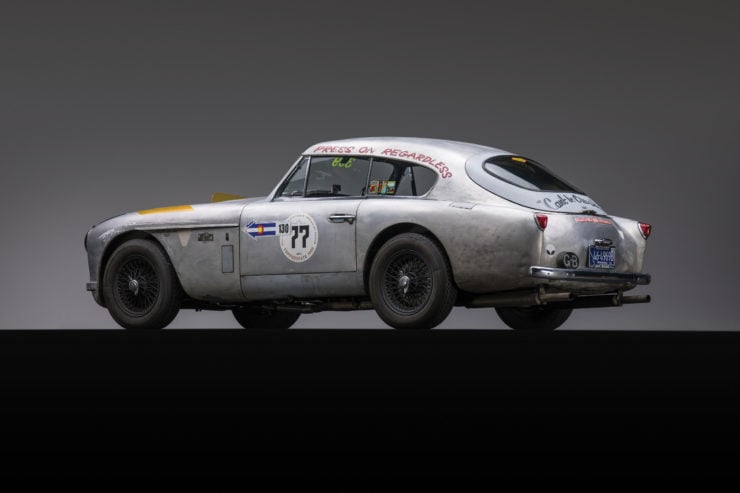 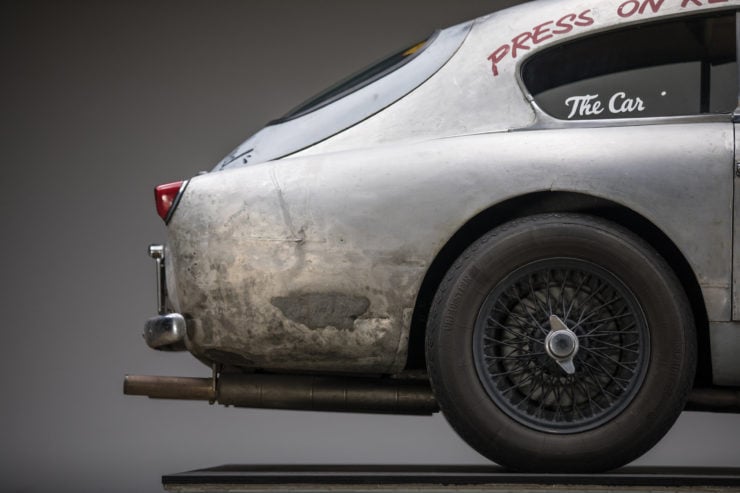 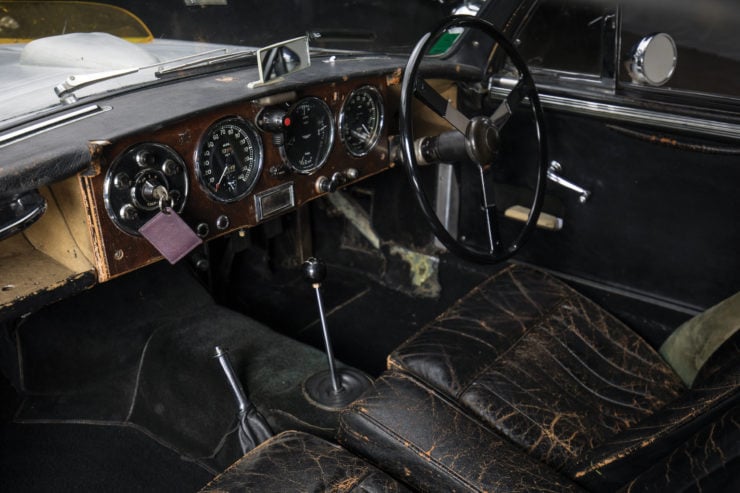 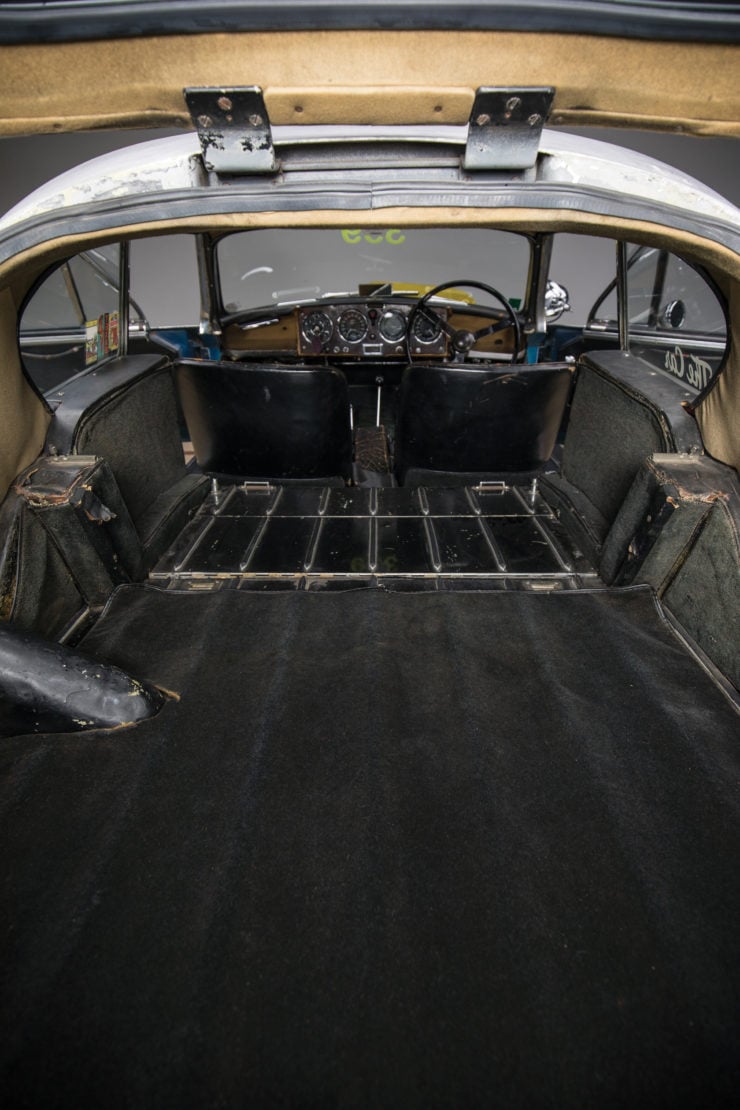 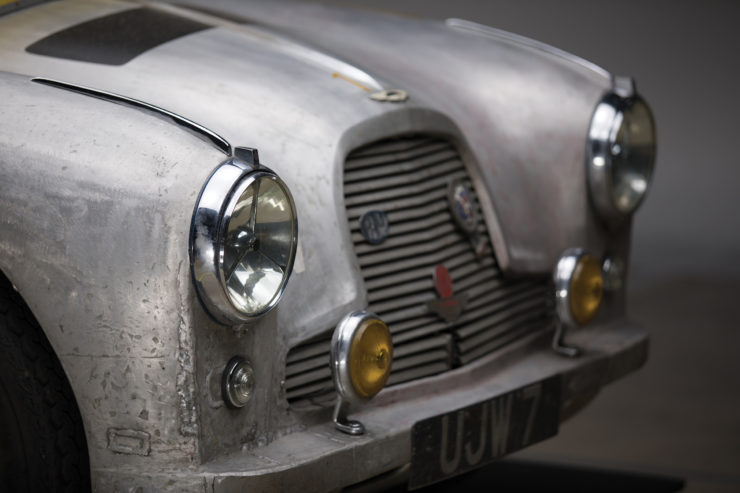 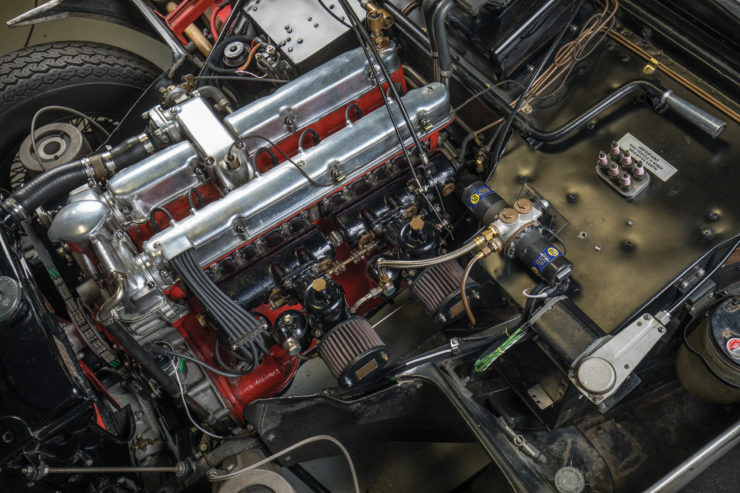 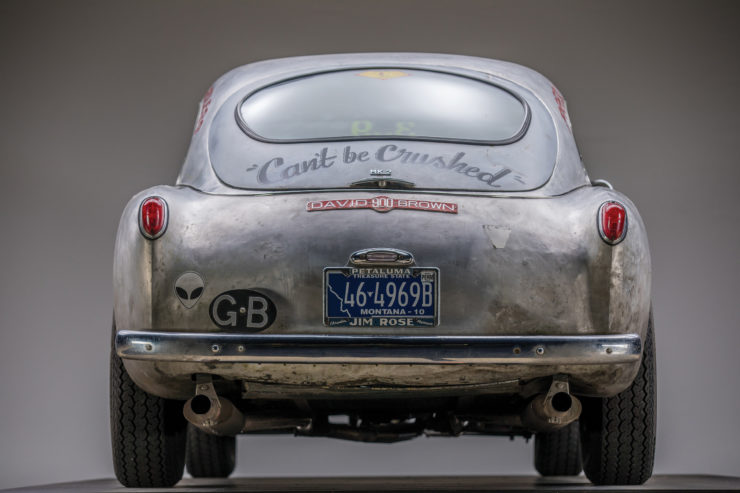 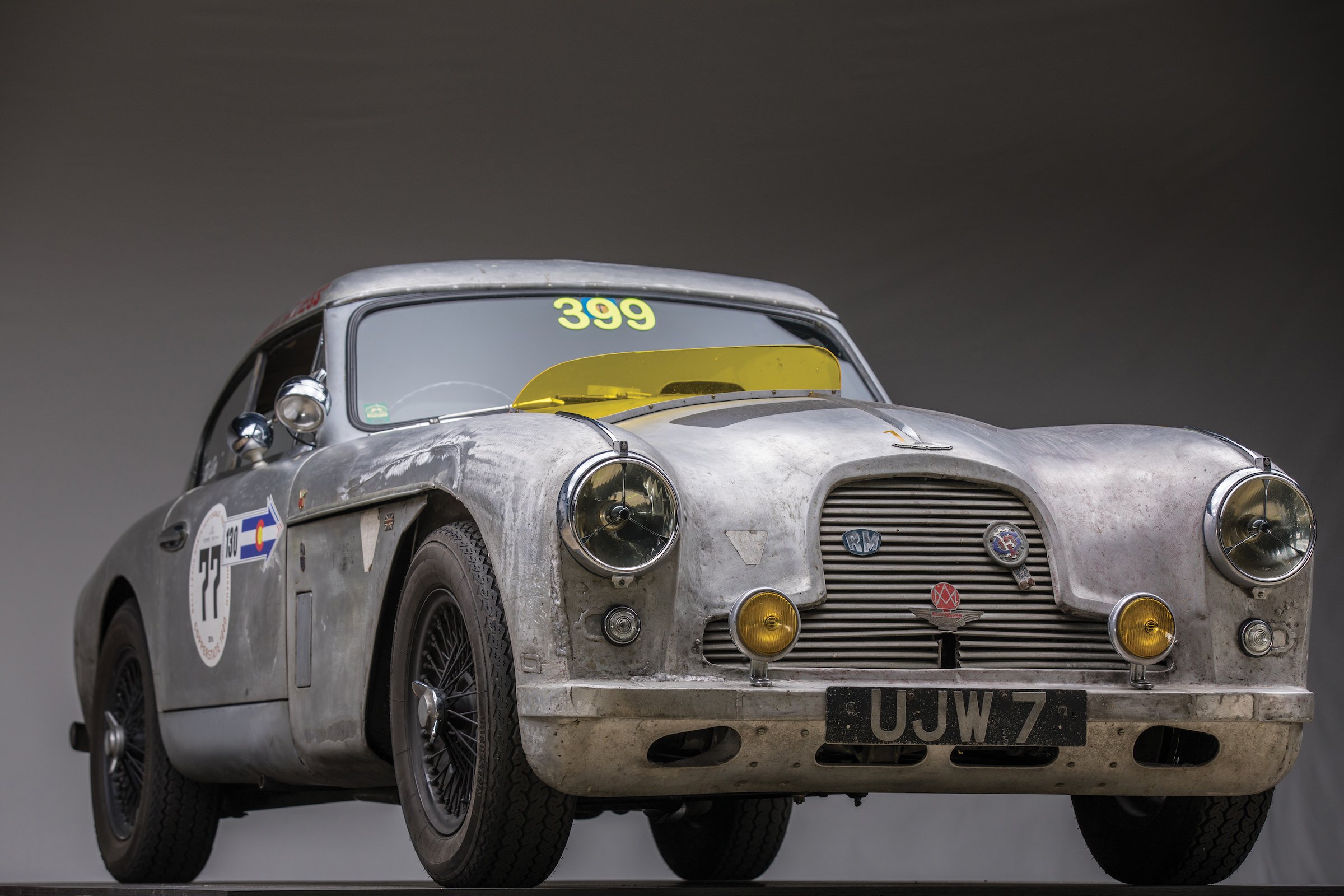