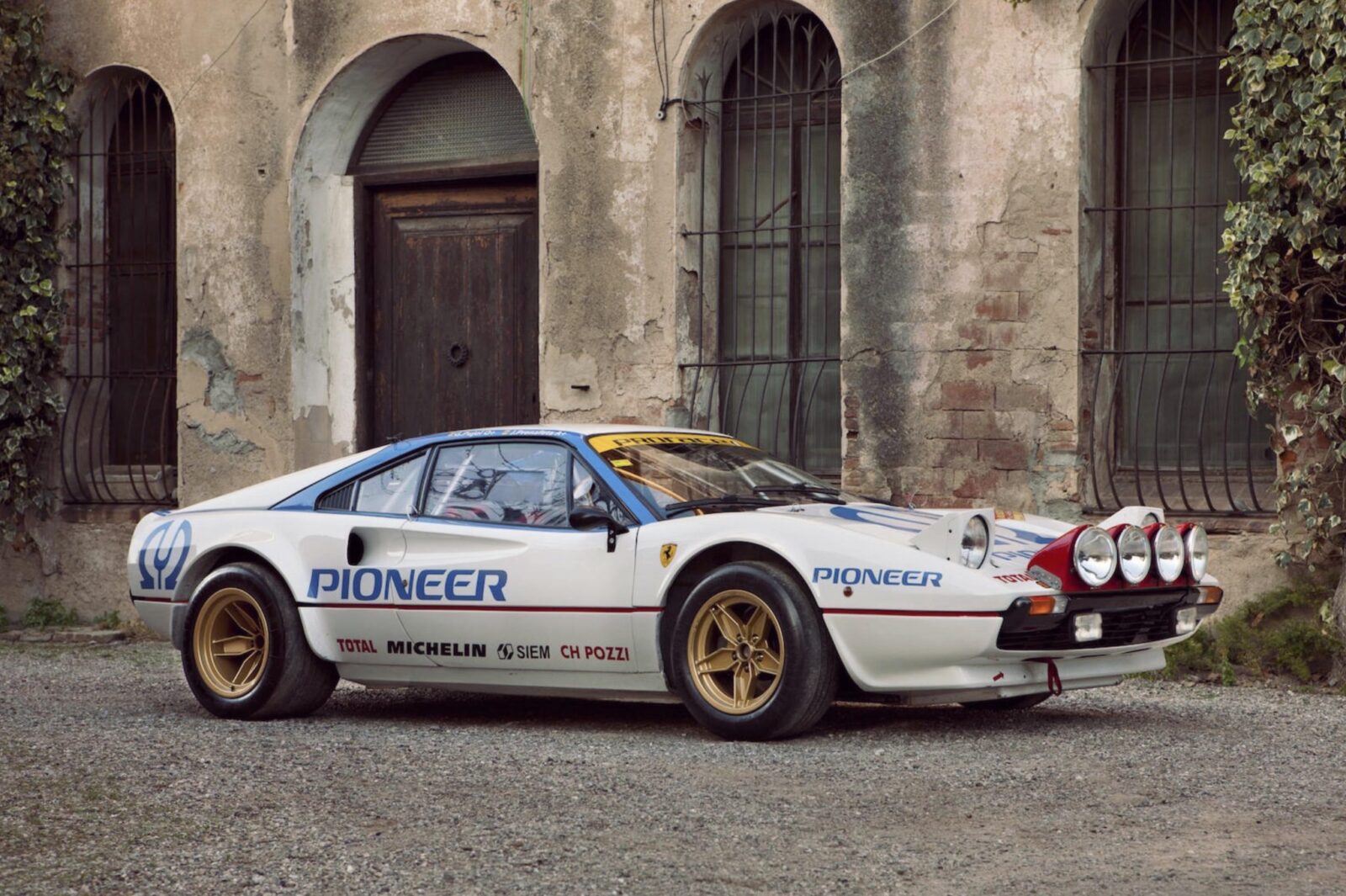 The Ferrari 308 GTB was first introduced in 1975, based on a slightly shortened platform borrowed from the 308 GT4. The latter car was an angular 2+2 designed by Marcello Gandini at Bertone – the same chap who penned the Lancia Stratos and Lamborghini Urraco.

The fact that Enzo Ferrari chose Bertone to style the GT4 rather than his usual friends at Pininfarina caused a few tempers to boil over – so Enzo hired a Pininfarina team headed by Leonardo Fioravanti to design the new 308 GTB, and this helped resolve tensions.

Pininfarina started with a blank slate, the only design restriction was the tubular steel frame chassis from the 308 GT4, which they reduced from 100.4 inches to 92 inches. The new 308 GTB used the same 2927cc DOHC (per bank) 90° V8, the same all-synchromesh 5-speed transmission, and the same clutch-type limited slip differential.

This new car would only be the second Ferrari production model with a mid-mounted V8, an engine configuration that would go on to be a popular engine type for the marque. It was mounted transversely to save space fore and aft, with an aluminium alloy block and heads to keep weight down. The European-version produces 255hp, and the export model makes 240hp due to more stringent US emissions restrictions.

The car you see here is an entirely rebuilt Ferrari 308 GTB that’s been engineered to original Michelotto Group 4 spec. Just 14 of these cars were made originally, and it’s not known how many survived their years on track. As this 308 GTB is one of relatively few original dry sump models it’s eligible for FIA Group 4 competitions – where it would be an exceptionally difficult car to beat.

In 2015/2016 the car was stripped and rebuilt by JMR Motorsport; the chassis was reinforced, the doors, bonnet, and engine cover replaced with fibreglass units, the bumpers were lightened, new AP Racing brakes were fitted was well as a hydraulic handbrake. There’s also a brake balance bar, hand-built Group 4 dampers, a quick-release steering wheel, significantly more besides.

It now tips the scales at 1085 kilograms – 200kgs lighter than it was stock. The engine has been rebuilt to competition-spec with new forged pistons, special steel cylinder liners, new valves, springs, and guides, and a balanced crankshaft. It turns out 297bhp, which necessitated the fitting of a new hydraulic ceramic clutch.

Since completion the engine has approximately 20 hours running time, and it’s completed at at the Costa Brava Rally, the Rally 2000 Virages (where it took 2nd position), and the Alp la Masella hill climb (which it won outright). If you’d like to read more about it or register to bid, you can click here to visit Bonhams. 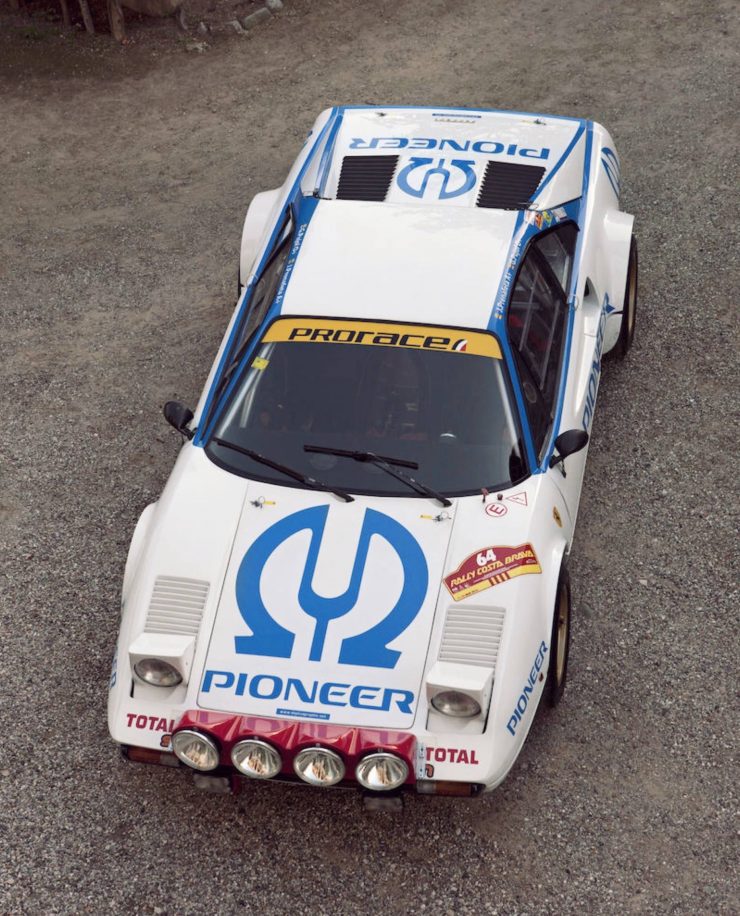 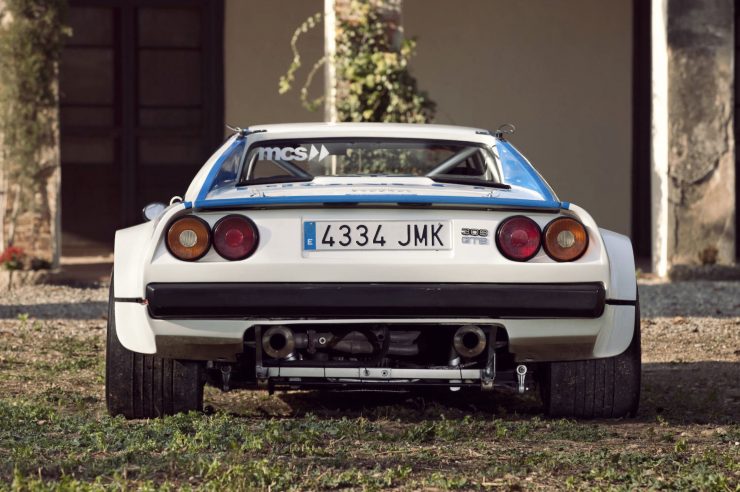 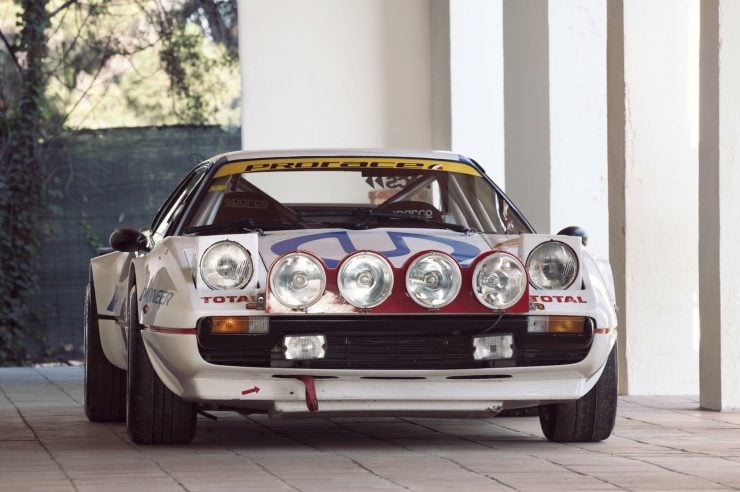 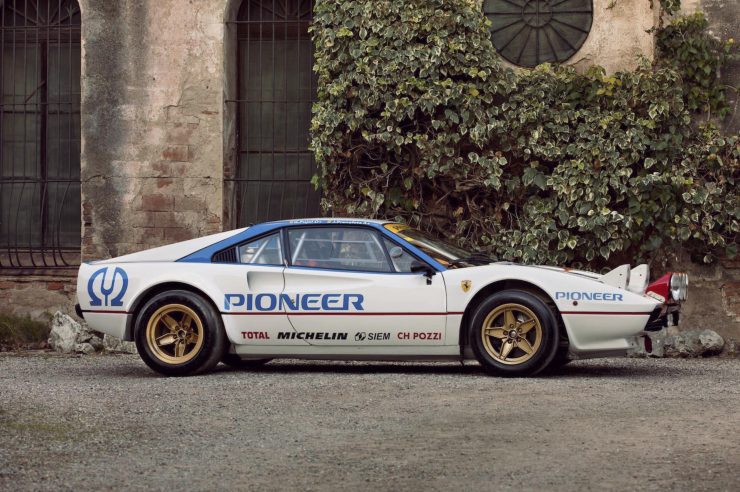 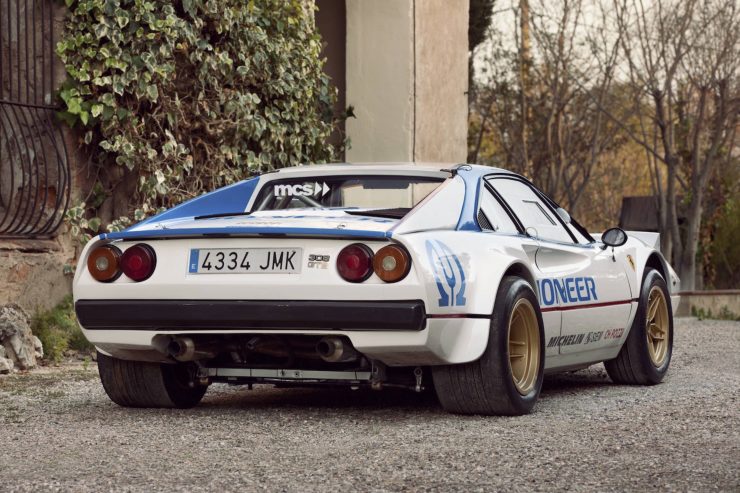 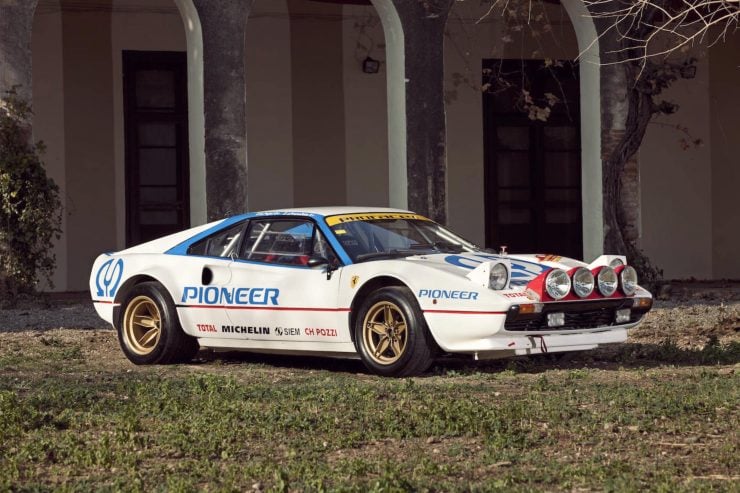 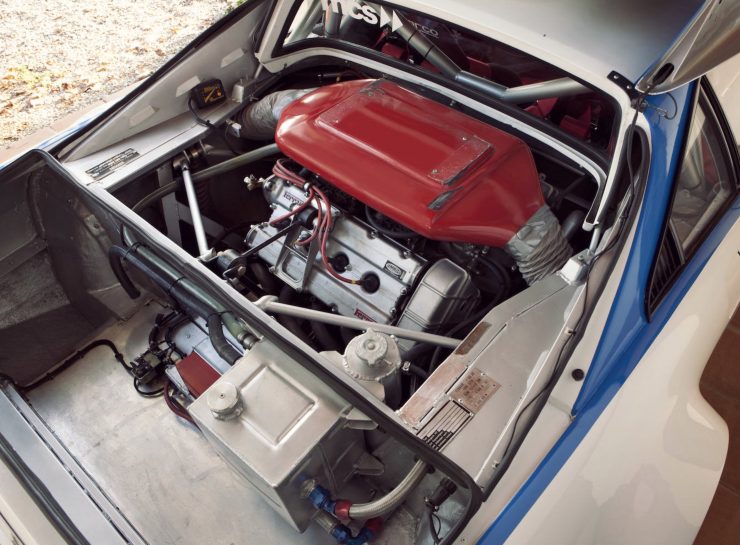 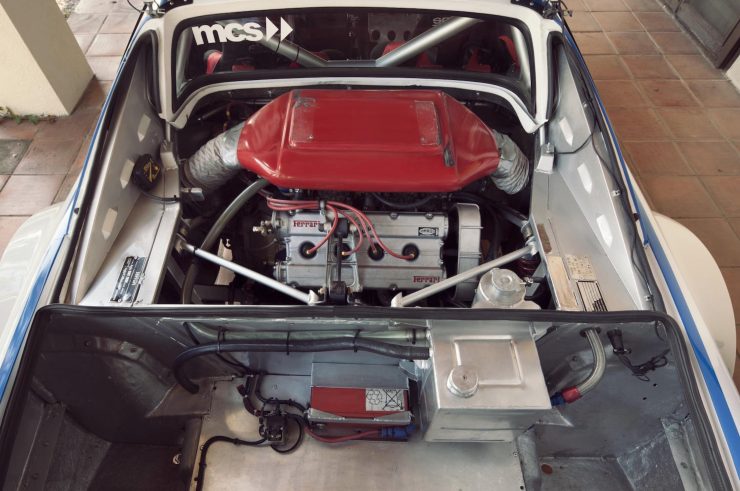 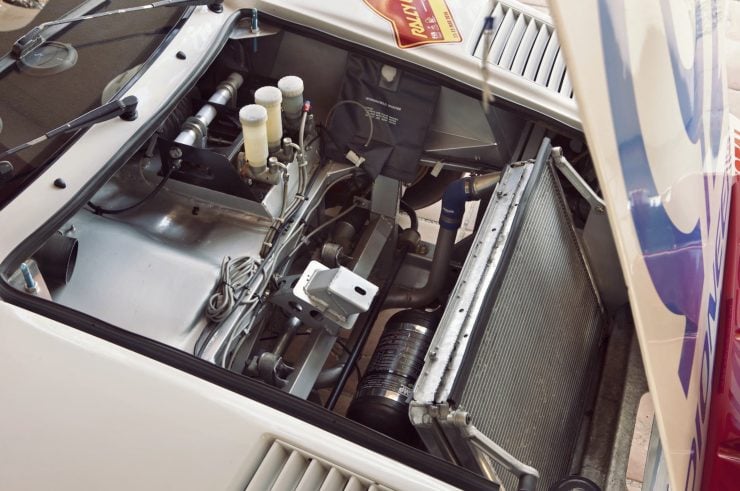 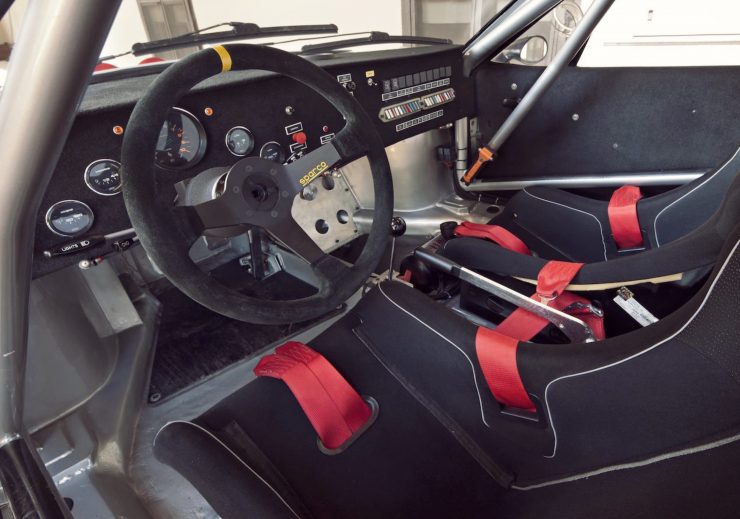 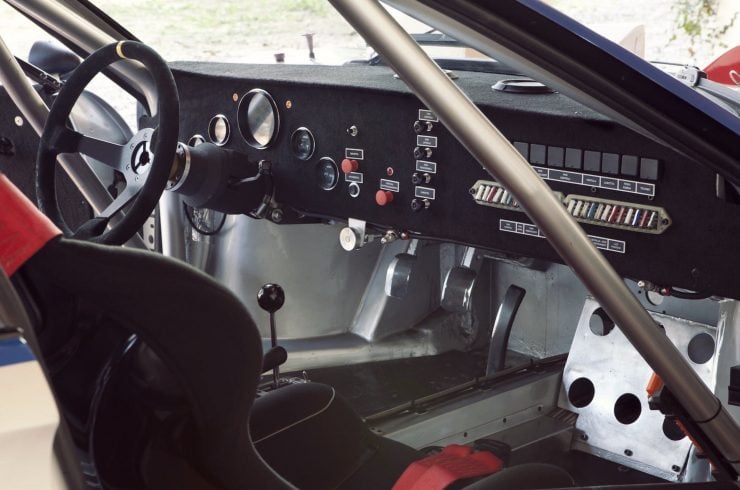 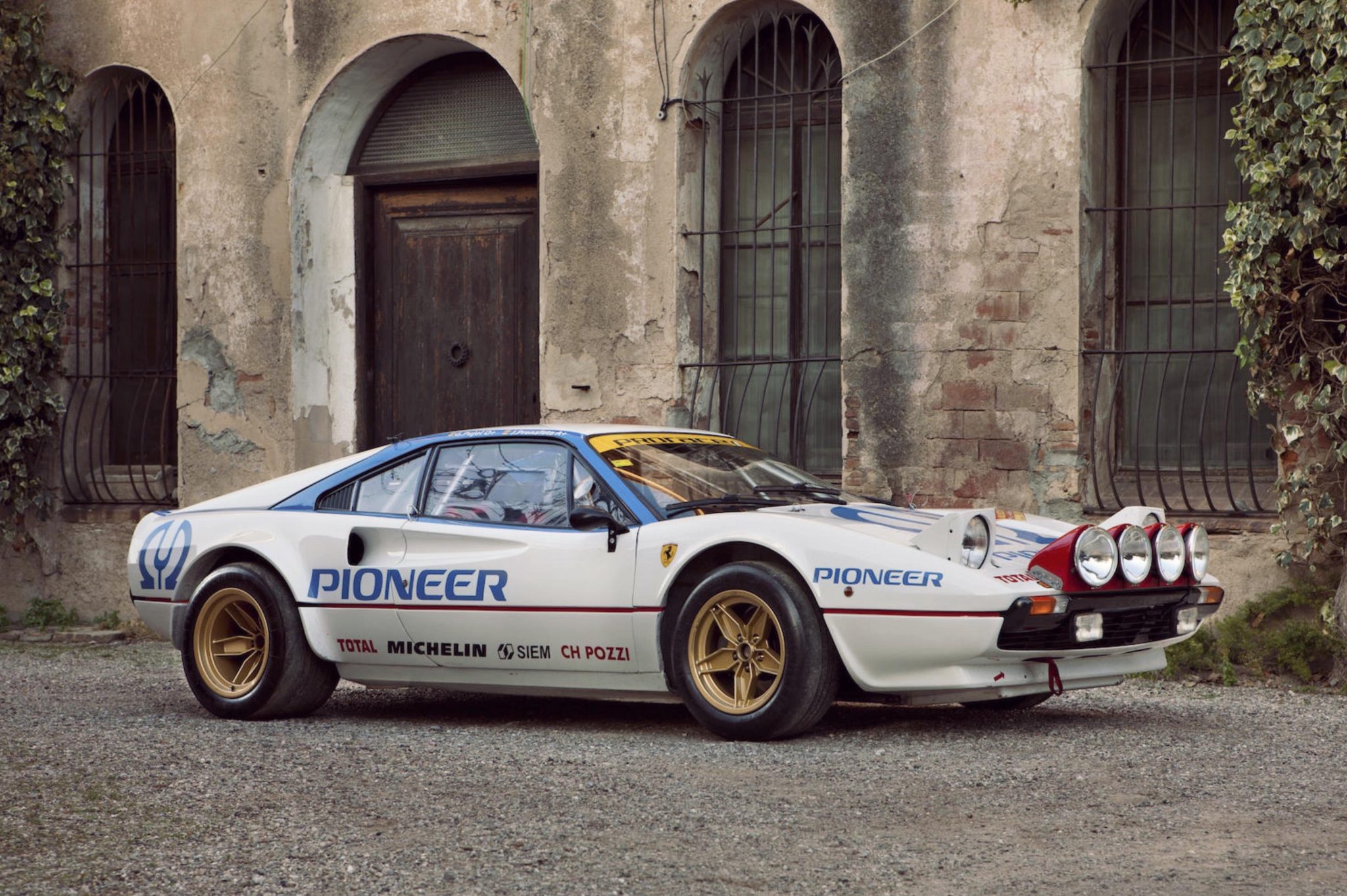