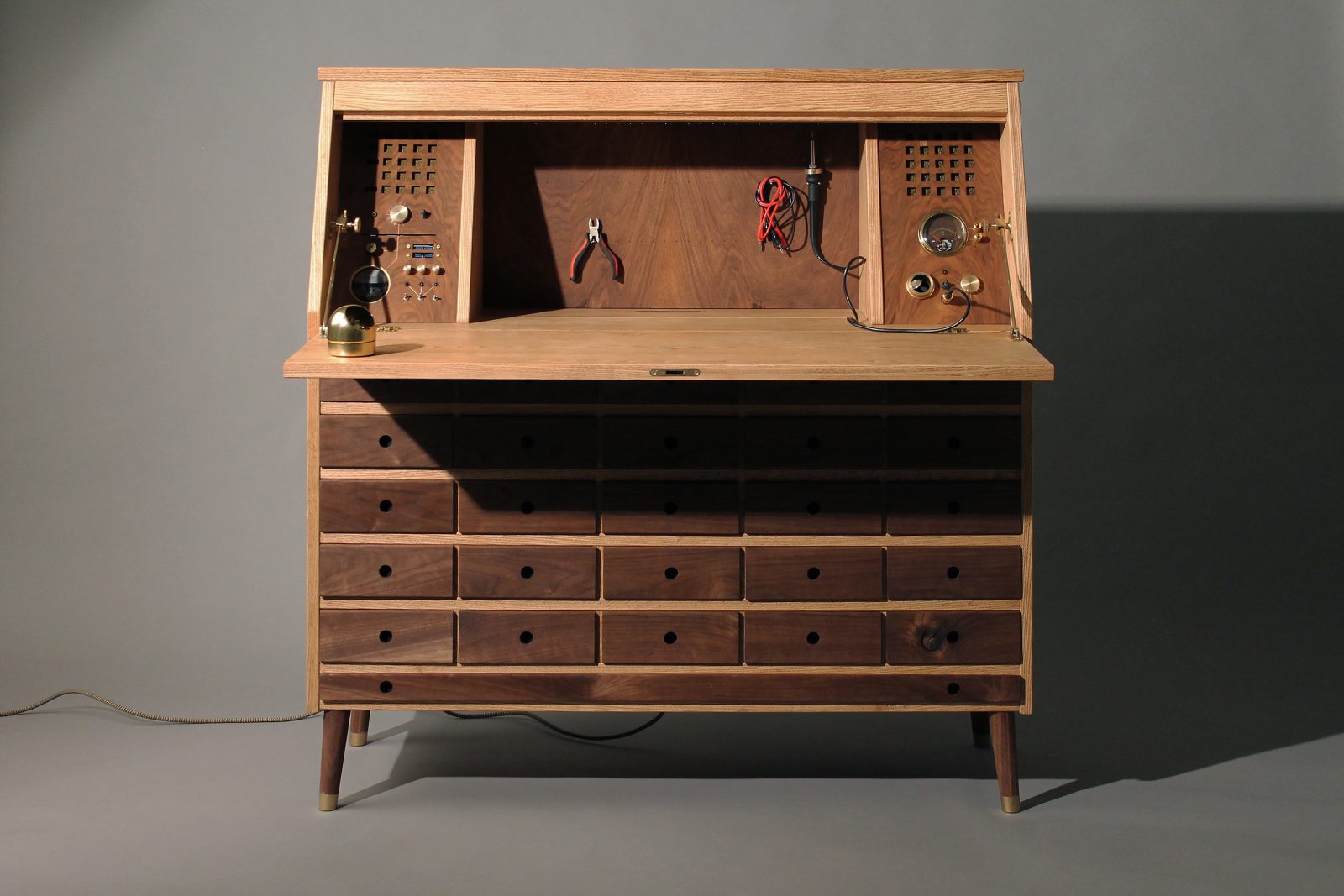 The Tempel Workbench is a bespoke unit created in the style of artisan workbenches from the 19th century and early 20th century. Each one is made by hand by Love Hultén in his one-man studio in Gothenburg, Sweden.

Inside the Tempel Workbench is a high-end liquid cooled computer, with a 24-inch monitor that can be raised/lowered at the flick of a switch. The liquid coolant is visible in the backlit reservoir on the left hand side, and there’s also a built-in soldering/electronics work station, 26 drawers, and it’s all made of ash, walnut, and brass. 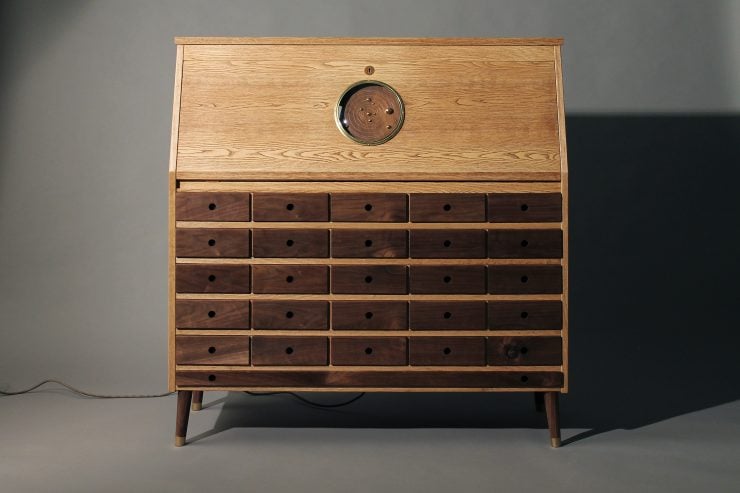 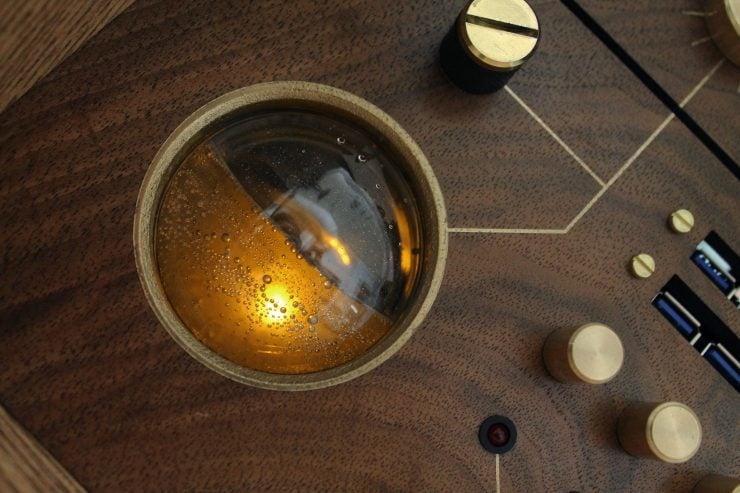 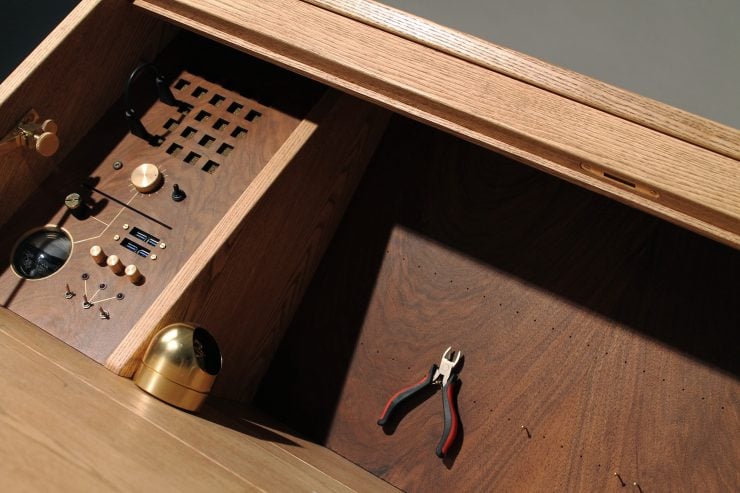 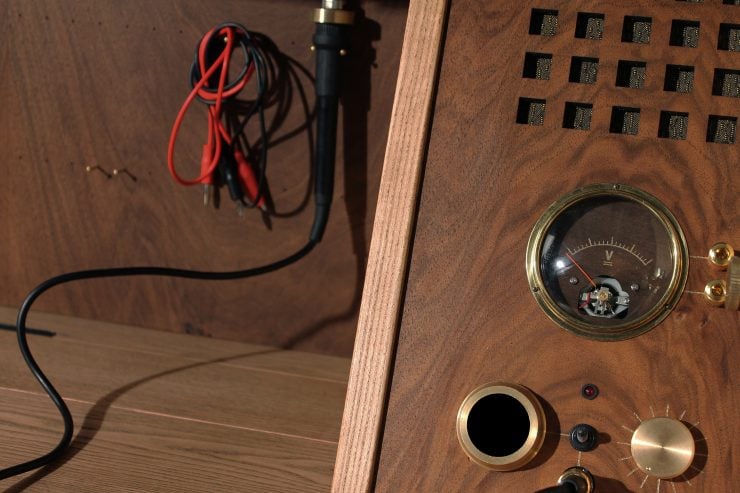 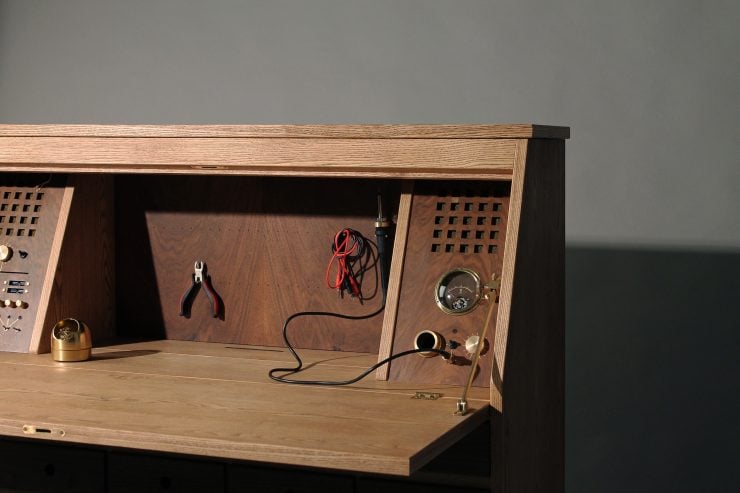 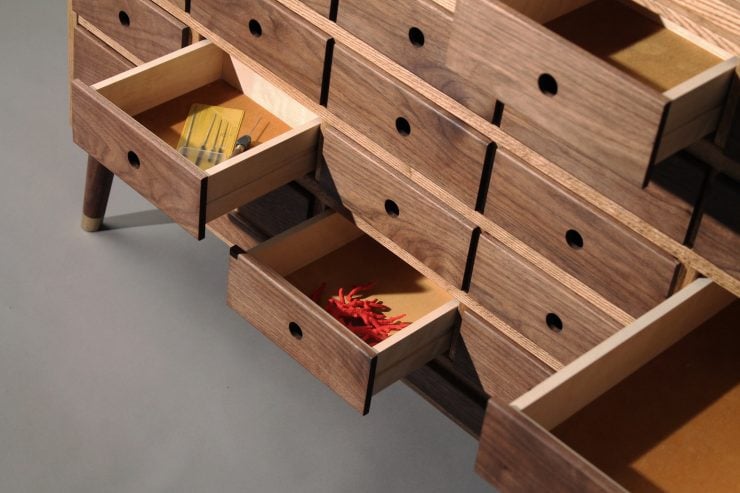 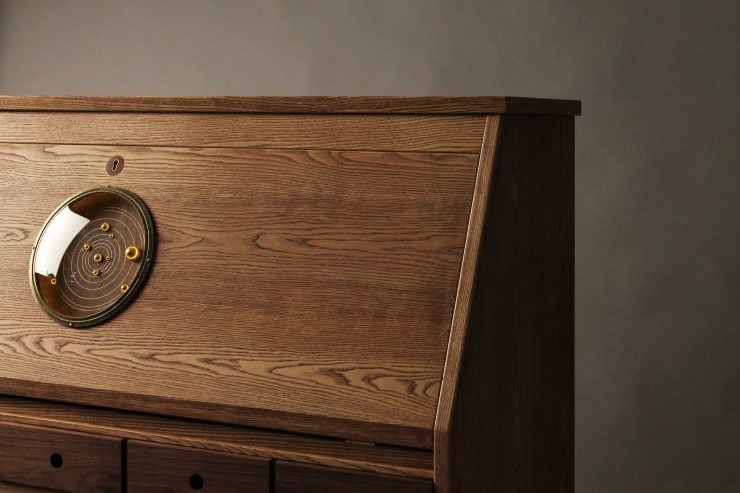 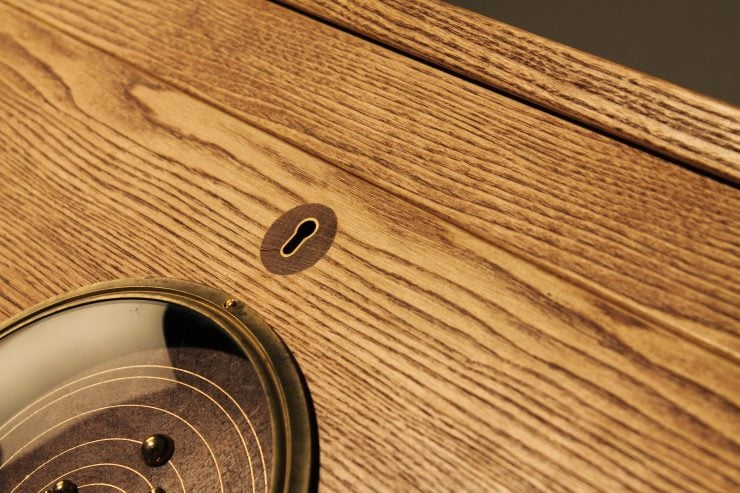 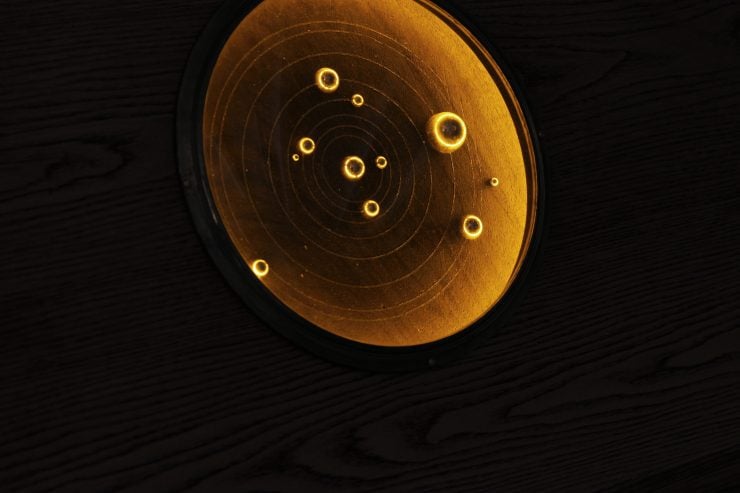 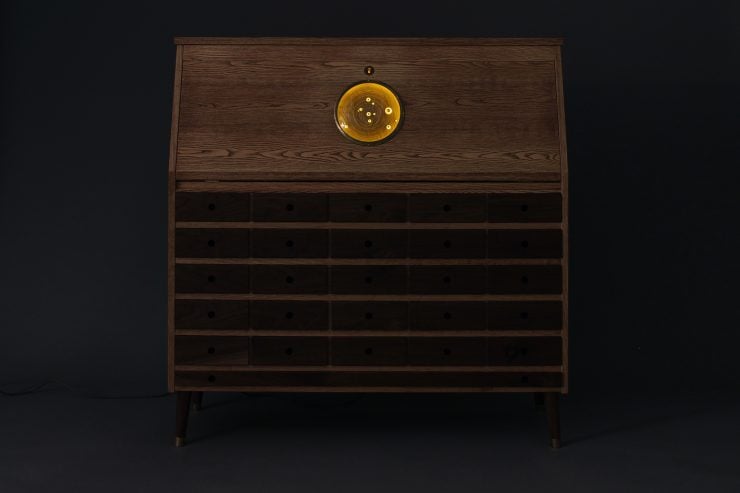 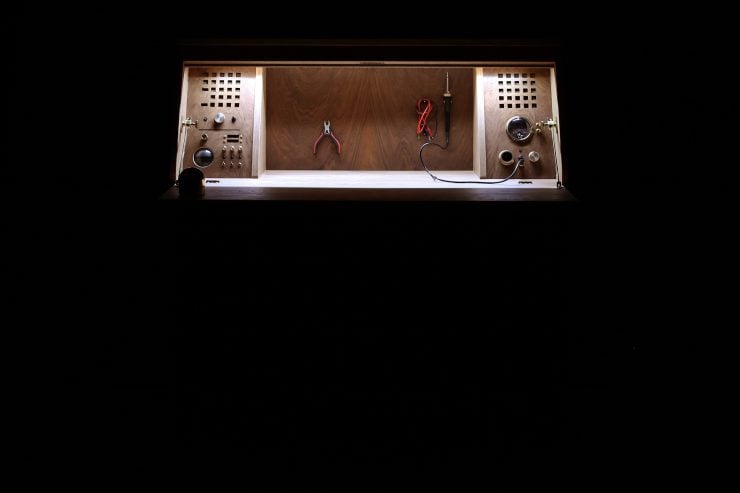 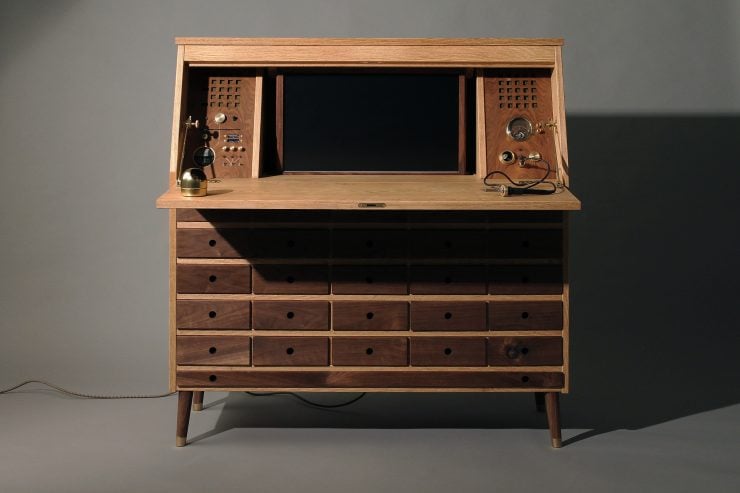