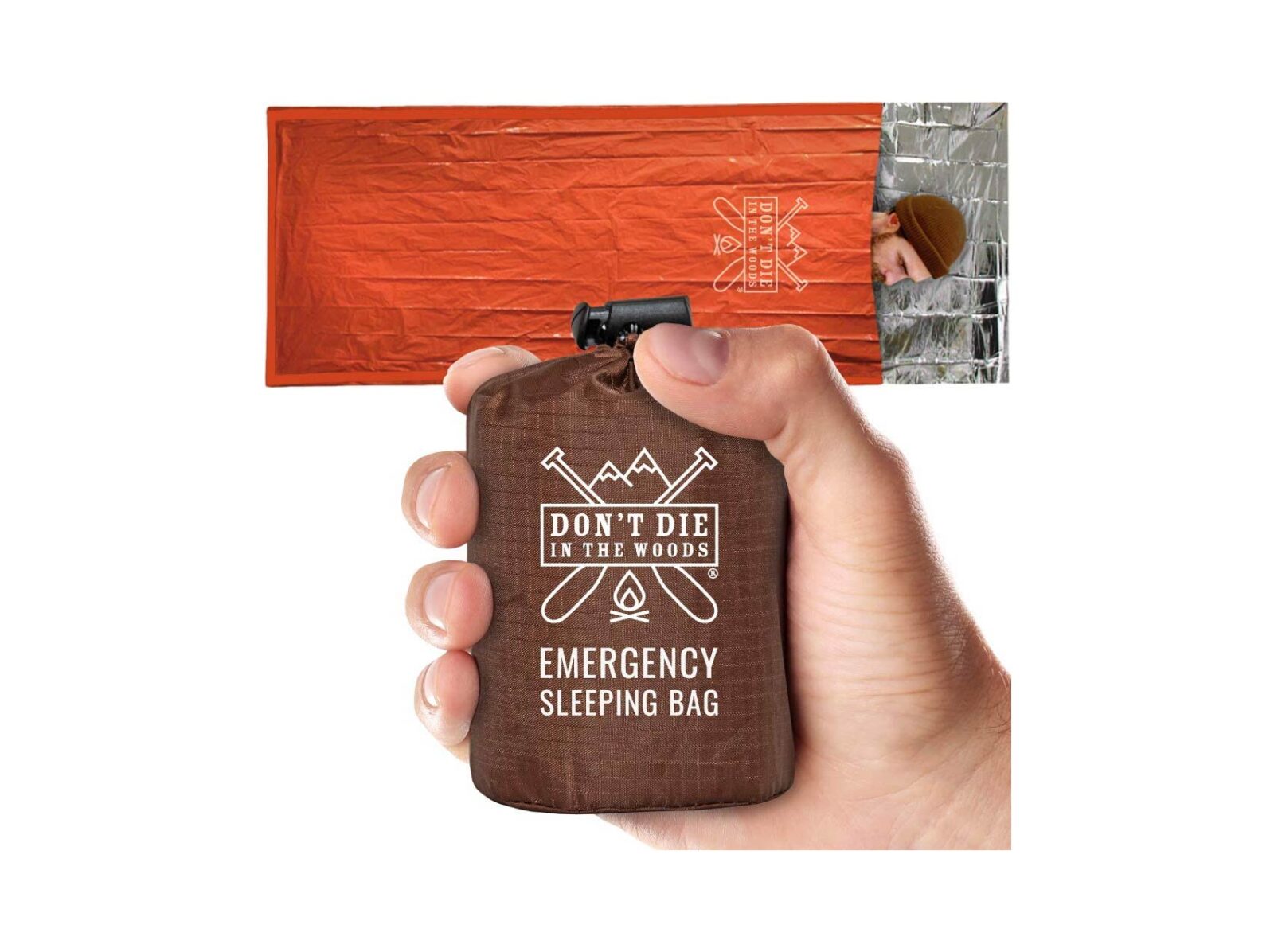 This is the “World’s Toughest Survival Bivy” by the team at Don’t Die in The Woods, a minimalist outfitter that focusses on selling survival items to protect people from exposure to the elements on the off chance they get stuck in the woods overnight when hiking.

A surprising number of people get stuck in the wilderness each year after getting lost, breaking down, or getting injured. Exposure to freezing overnight temperatures, rain, snow, and wind can prove fatal, which is why it can be a great idea to toss a small emergency sleeping bag into your backpack.

The “World’s Toughest Survival Bivy” measures in at about the same size as a soda can when rolled up and placed into its carry bag. It weighs just 7 ounces and measures in at 2.5 x 2.5 x 3.5 inches, making it easy to stash away and forget about until you need it.

Each of these sleeping bags is made from an extra-thick HeatFlex mylar space blanket material that was originally developed for insulation by NASA. A built-in hood section is included as people can lose up to 10% of their body heat through their heads, and the sleeping bag is 100% waterproof to protect you from the weather.

It’s also possible to use the bivy to enhance your regular sleeping bag, you simply use it as an external bag with your normal sleeping bag inside it. This significantly improves your heat retention and adds weather protection.

When ordering you can choose between army green, survival orange, and woodland camouflage designs, and the company donates to 1% For The Planet from each sale. 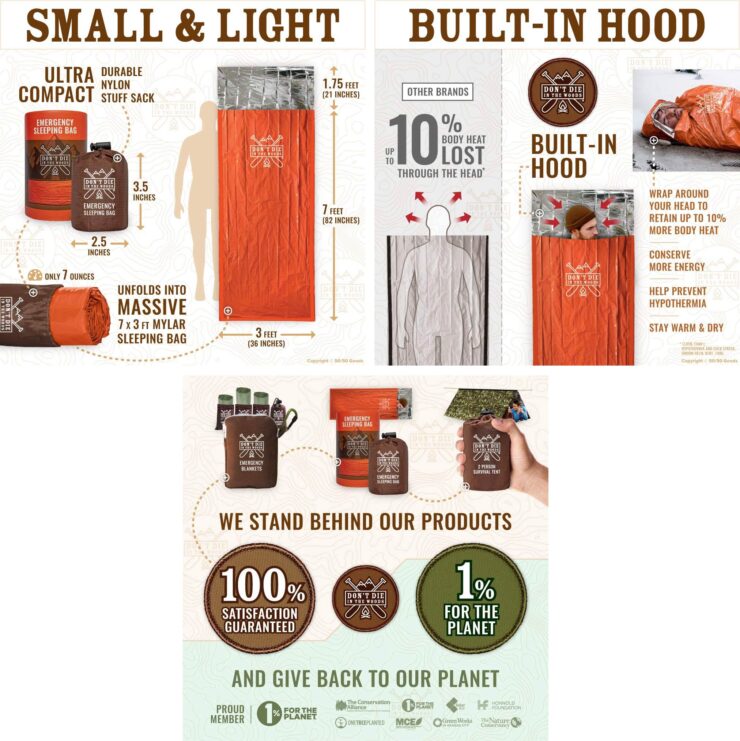