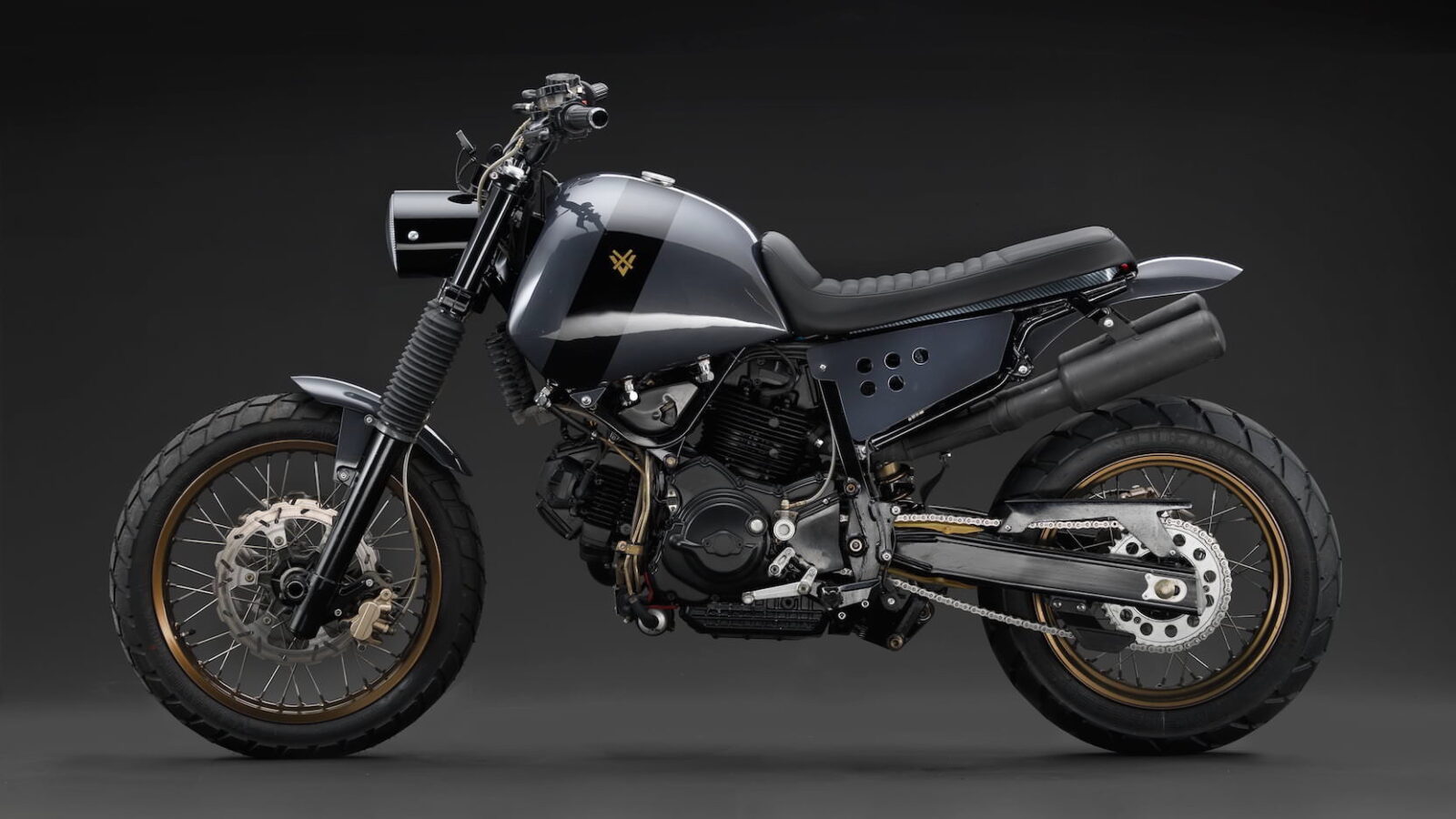 The Cagiva VX Traveller is a one-off custom motorcycle built by the founder of Venier Customs, Italian designer Stefano Venier, for his own personal use.

Since Venier Customs was founded in 2012 they’ve developed a global reputation for building some of the highest-quality customs in the world, many that look like official concepts or limited edition production motorcycles. 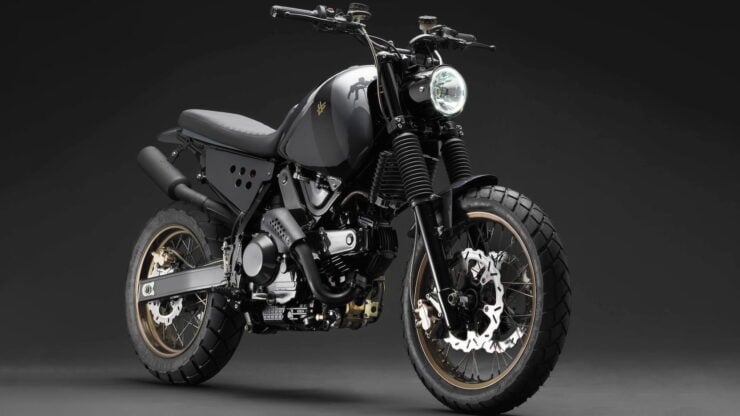 Above Image: The Cagiva VX Traveller looks like a production motorcycle thanks to the fit and finish by Vernier Customs.

To say the Grand Canyon had large shoes to fill would be an understatement, the Cagiva Elefant became a legend in its own lifetime, and the job of replacing it was akin to being the musician who’s job it was to go on stage after Elvis.

Engineers at Cagiva worked hard to ensure the new model would be more capable than its predecessor, however it would be an incremental step forward rather than a paradigm shift.

The Gran Canyon 900 was equipped with a tubular steel frame that utilized the engine as a stressed member to help reduce weight. The forks are 45mm Marzocchi units paired with a fully-adjustable Sachs monoshock in the rear. Braking is taken care of with dual 296mm Nissin discs up front, and there’s a single 240mm disc on the rear.

Power is provided by the Ducati 904cc 90º V-twin, a relatively simple air-cooled engine with a single overhead cam and two valves per cylinder. This is the same engine used on the wildly popular Ducati 900SS, though in the Cagiva it’s fitted with Weber-Marelli fuel injection which helped smooth out any of the previous issues with carburetors.

Cagiva would keep the Grand Canyon 900 in production for just three years, 1998 to 2000, before replacing it with the larger-engined Cagiva Navigator. 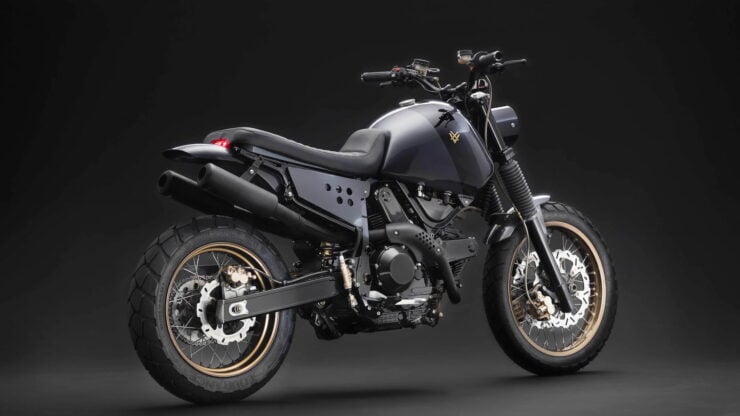 Above Image: The original seat was kept as Stefano was impressed with how comfortable it is, he reshaped it and had it reupholstered to suit the new style of the bike.

A Cagiva Gran Canyon 900 For The 21st Century

Stefano Venier chose the Grand Canyon 900 as the starting point for this build for a few reasons, the two most signifiant are the Paris Dakar Rally-winning heritage of the Cagiva adventure bike family and the Ducati 900SS engine used in the model.

The custom build first involved stripping the bike and rebuilding the engine and gearbox. With this done the original bodywork was removed and replaced with hand-formed aluminum pieces, including a new 11.5 liter fuel tank, front and rear fenders, and alloy side covers.

When he was riding the bike before the rebuild began Stefano noticed that the stock seat was incredibly comfortable. As he intended to usr the bike for touring he decided to keep it, albeit with some slight changes to the shape and new leather upholstery.

The completed bike was first shown to the public three years ago with a feature article on Bike EXIF written by Wesley Reyneke. It’s now due to be offered for public sale for the first time with Mecum in mid-August, it’s not often that we see Vernier Customs being offered for sale as their owners tend to order them and then keep them long term.

If you’d like to read more about this unusual one-off adventure bike or register to bid on it you can click here to visit the listing. 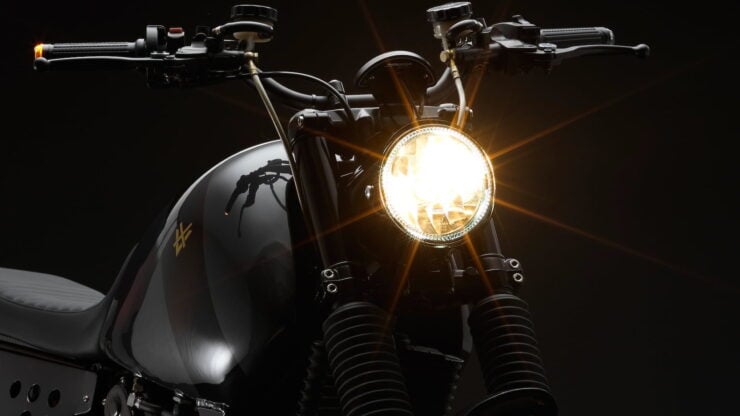 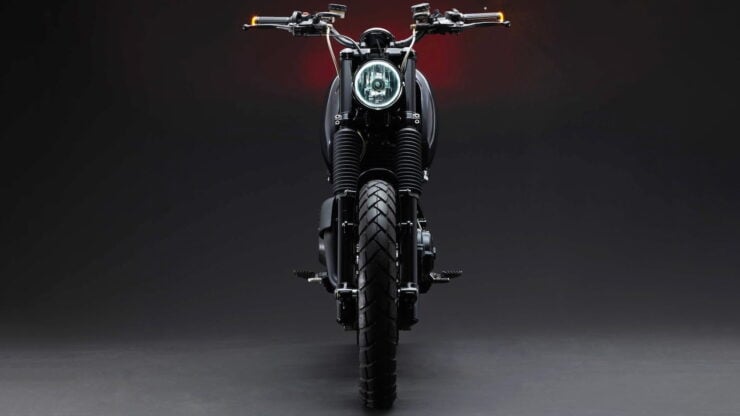 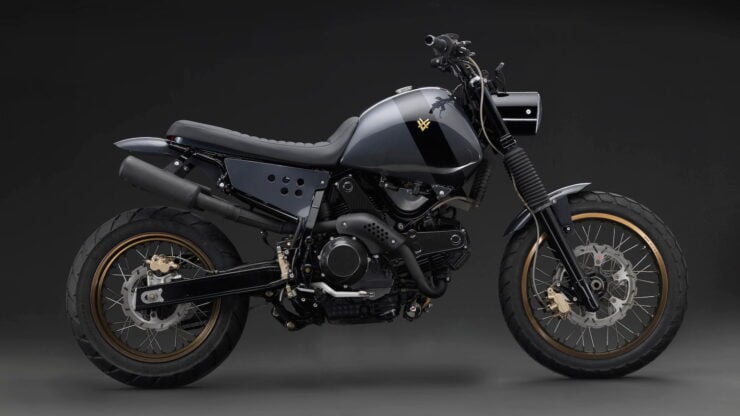 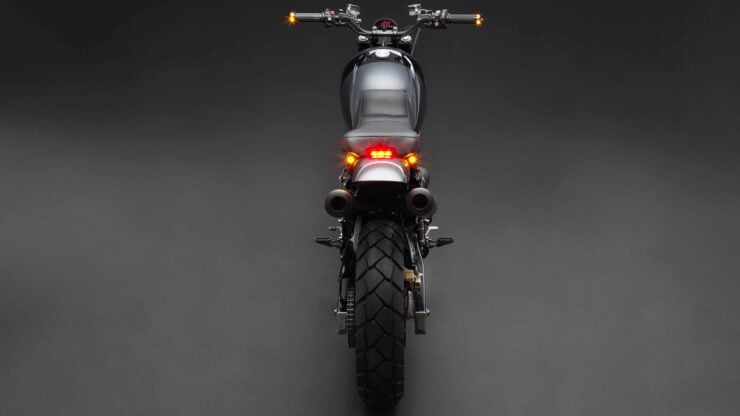