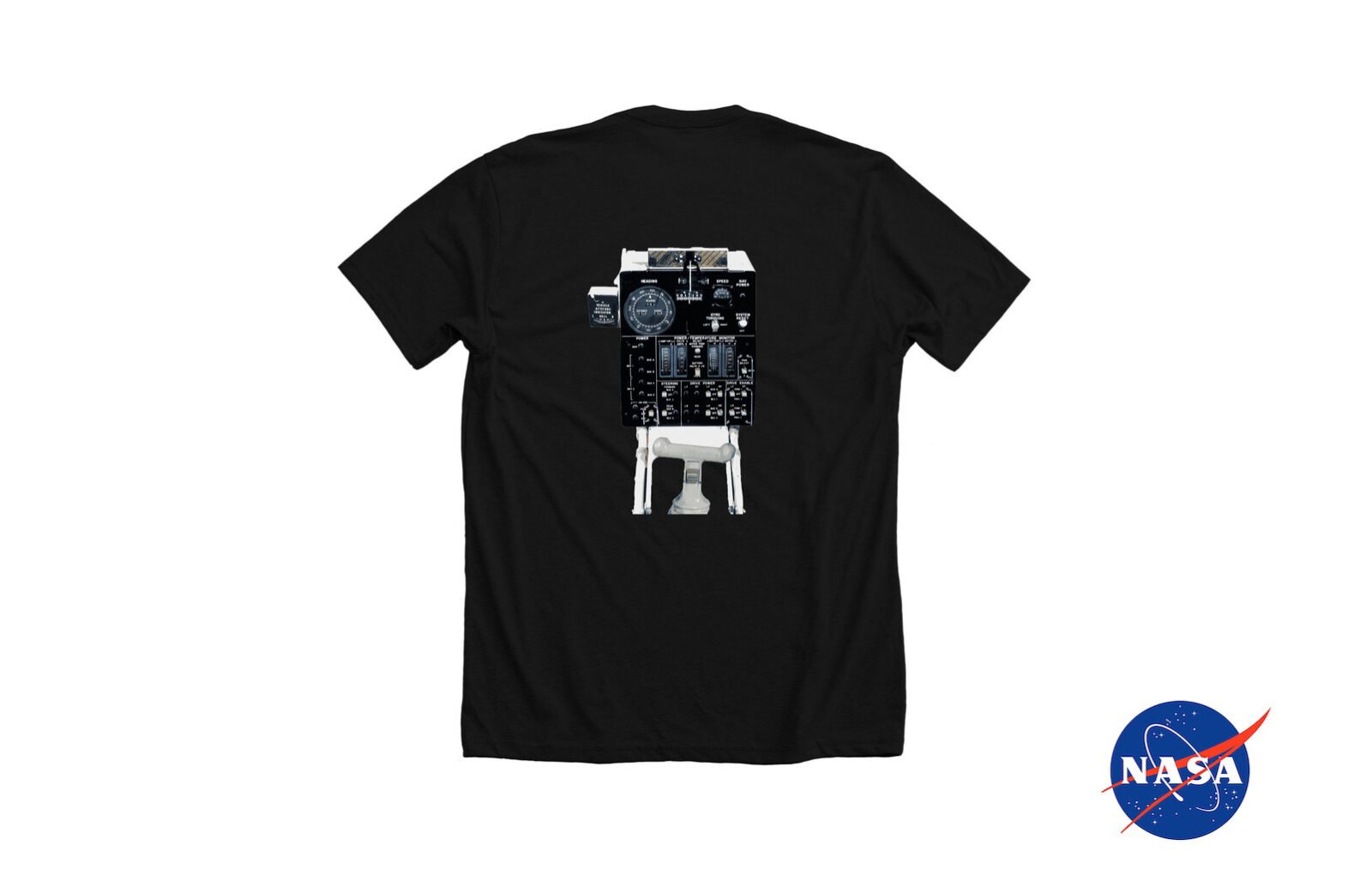 This NASA-approved shirt features the main control panel of the Lunar Roving Vehicle (LRV) better known as the “Moon Buggy”.

The Moon Buggy has the unique distinction of being the first manned-automobile to ever turn a wheel on a celestial body other than the Earth.

This t-shirt is the first in a series that Silodrome will be developing with full NASA approval, each t-shirt will feature either a vehicle or a control panel from the earliest days of spaceflight to the modern day.

The Moon Buggy Control Panel t-shirt has the famous NASA “meatball” logo on the front left chest area and the Lunar Roving Vehicle (LRV) control panel on the back. 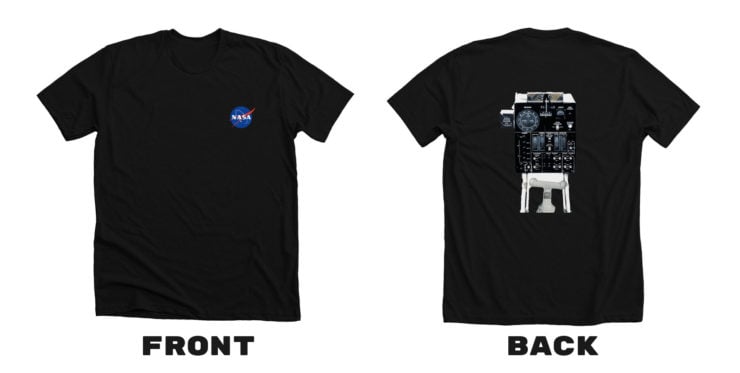 Activating a switch on the handle before pulling back would put the LRV into reverse. Pulling the handle all the way back activated a parking brake. The control and display modules were situated in front of the handle and gave information on the speed, heading, pitch, and power and temperature levels.

Navigation was based on continuously recording direction and distance through use of a directional gyro and odometer and inputting this data to a computer which would keep track of the overall direction and distance back to the LM. There was also a Sun-shadow device which could give a manual heading based on the direction of the Sun, using the fact that the Sun moved very slowly in the sky. 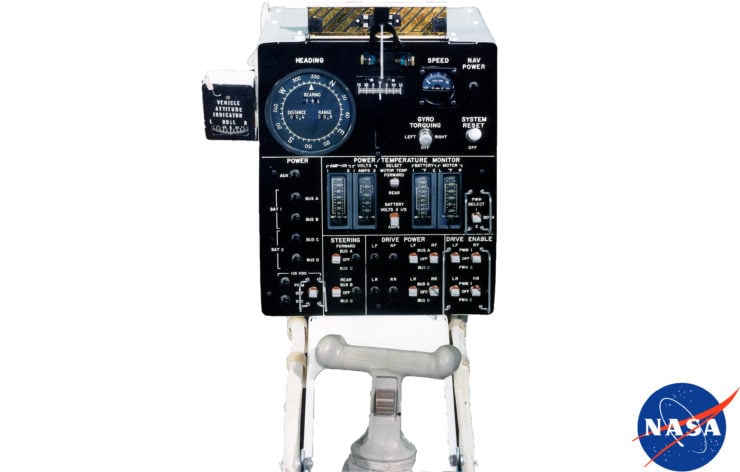