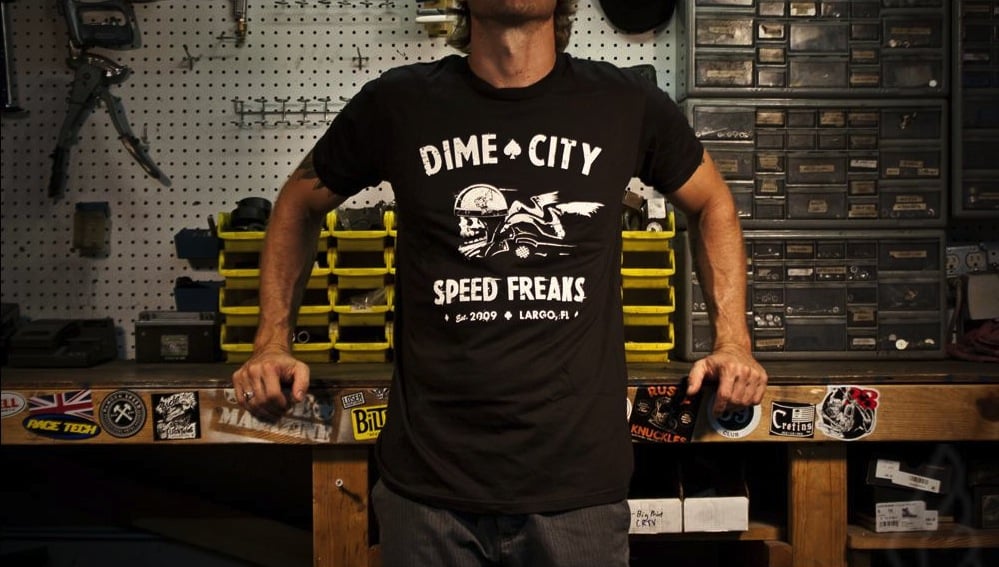 Dime City Cycles is a store for people who build their own motorcycles, they stock all the parts you need to take a stock motorcycle and turn it into a cafe racer, bobber, tracker or anything else you might fancy.

They’re a good, solid bunch of guys and I’ve ordered parts from them myself, they package stuff so well it could cheerfully survive re-entry into the Earths atmosphere. They’re always happy to answer questions and offer advice, and their attitude reminds me of the way businesses used to be run, when our grandfathers were running the show.

This is their “Speed Freaks” Tee, it comes in 5 sizes and they recommend you order one size up if you’ve been neglecting your sit-ups. Check it out here for $18.95.