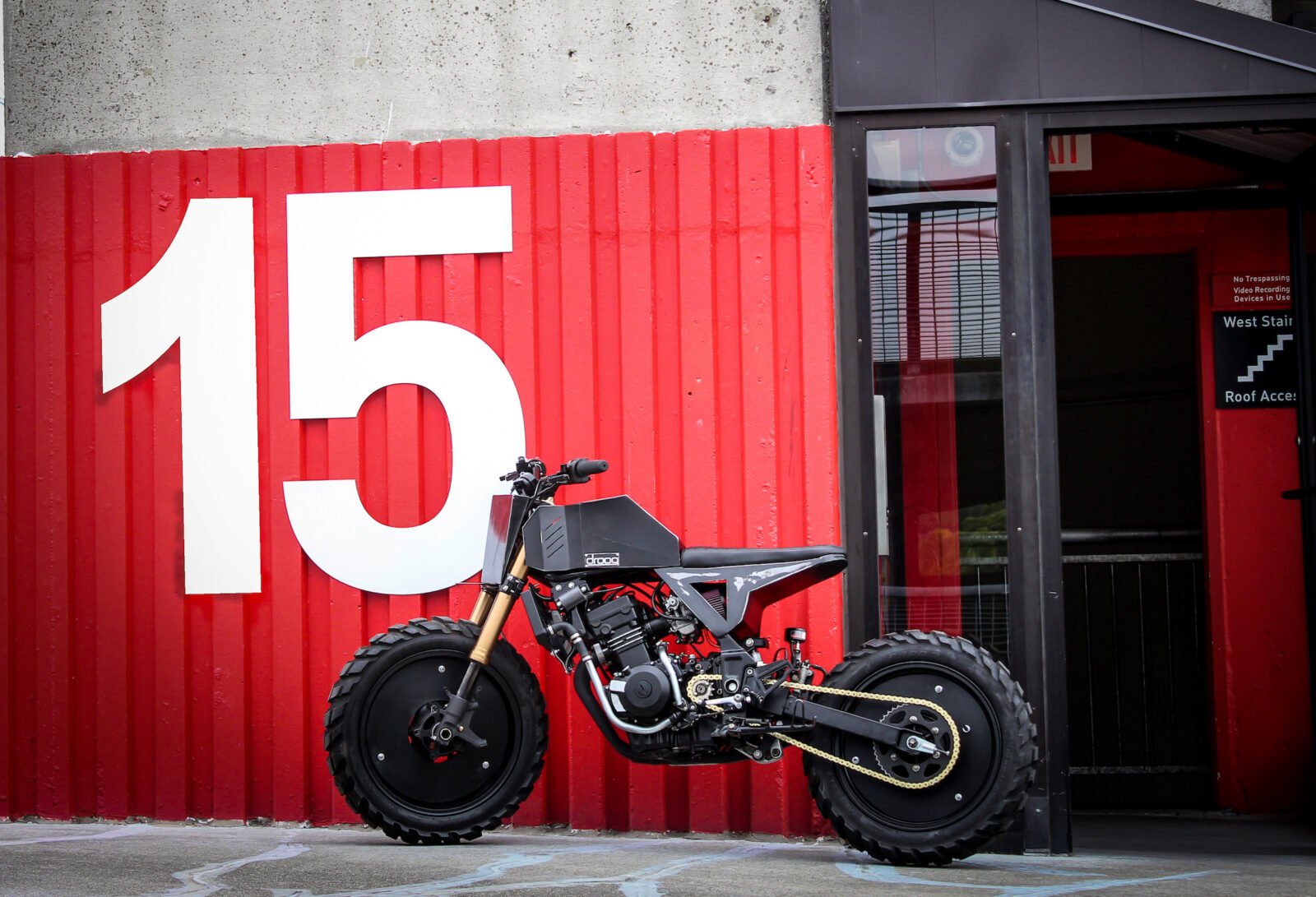 This custom Kawasaki Ninja 250 R is one of the most comprehensively rebuilt examples of the popular Japanese urban sport bike we’ve ever seen.

The Ninja 250 remains an exceedingly popular motorcycle in the United States and many world markets due to its inexpensive price point and its excellent handling, combined with its fuel efficiency and reliability.

The Kawasaki Ninja 250 was initially released over 30 years ago in 1986 and in the time since it’s become one of the de facto choices for both urban riders seeking a manoeuvrable, lightweight motorcycle, and those who are new to motorcycles in general.

The Ninja 250 R was sold over five major generations (not including the GPZ-250) from 1986 to the current day. The engineers at Kawasaki developed the model to be ideal for the developing world where a 250cc motorcycle has an engine between two to five times larger than a standard bike. 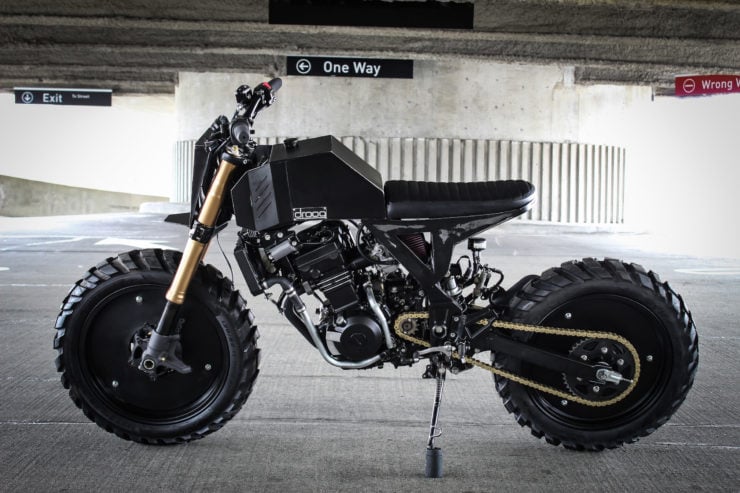 It was also intended for the customers in the developed world who wanted a 250 because they were just learning and wanted to advance to a larger superbike later. The key to the success of the Ninja 250 R has been the fact that it looks like its larger-engined superbike brethren, and it combines a low kerb weight with excellent balance and handling.

I’ve met a number of highly capable superbike riders who keep an inexpensive 250 R in the garage as they’re just so much fun to ride.

It’s the work of Droog Moto run by the somewhat mysterious team of M & E, they’ve been in the custom motorcycle trade for a number of years and they’ve forged their own signature style that you can spot from a city block away.

The build style is probably best described as Scrambler x Street Fighter, modern scramblers are essentially retro-styled dual sport bikes with both on road ability and some off road capabilities for weekend adventures down fire trails. 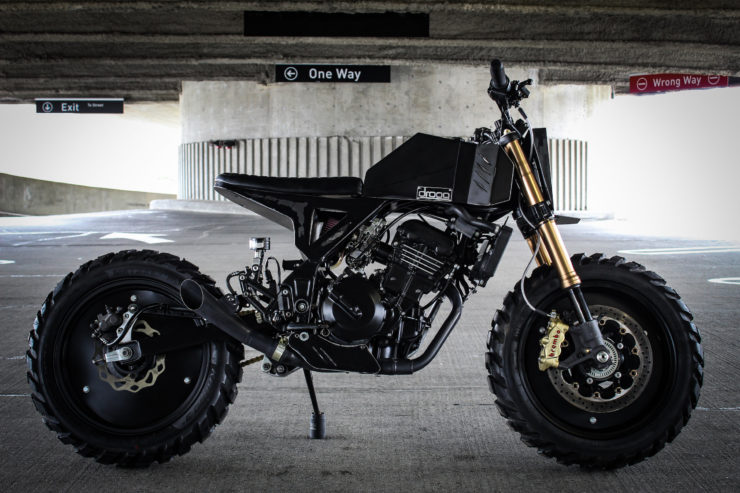 This custom build started with a locally-sourced Ninja 250 that was carefully stripped down, the fuel tank, seat, front end, and exhaust were all tossed into the recycling bin and the rebuild process began.

A new fuel tank was fabricated in-house, it proved challenging to get the exact internal and external dimensions correct, and to tie in the lines with the new subframe. The full assembly now has the matte black paint and the angular anti-radar lines of the Lockheed F-117 Nighthawk, with a bespoke LED headlight housing up front, and a low profile black seat.

The front end from a Suzuki Hayabusa was sourced and fitted with a custom triple tree, the internals were changed to provide a suitable spring rate for the much lighter Ninja 250. A Brembo 4-piston caliper provides the stopping power up front, and there’s a smaller disc brake in the rear. 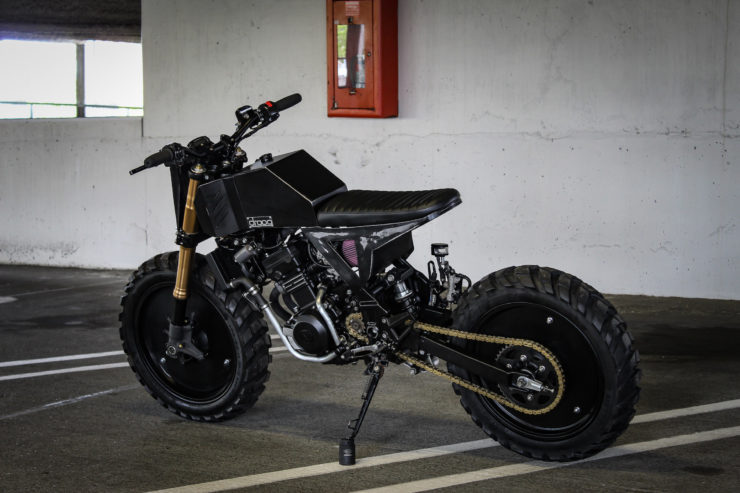 A pair of eye-catching Metzeler tires were fitted to the updated solid wheels, giving the bike a distinctive look reminiscent of many Droog Moto builds. A new free-flowing exhaust system was paired with new K&N air filters and rejetted carburettors, the engine now produces closer to 40 hp and more torque on the lower end.

A new set of Droog Moto handlebars have been installed, with chunky grips and a small digital speedometer unit. A lightweight antigravity battery was installed to shave a few extra pounds off the kerb weight, and a slew of other smaller changes were made to improve performance, looks, and character.

Droog Moto have an unusual business model whereby they build bikes and sell them strictly online-only. Once a new bike is developed and sold it becomes the first in a series of similar models, and all bikes are built and modified to tailor-fit their new owners.

If you’d like to buy this bike or see other work from Droog Moto you can click here to visit the listing. 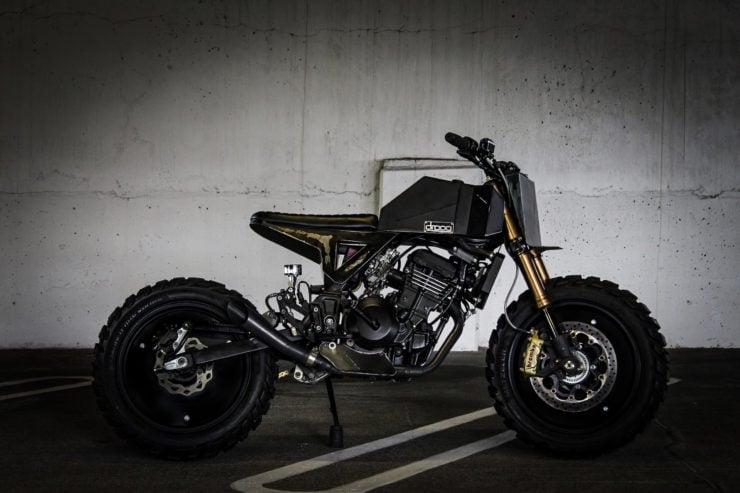 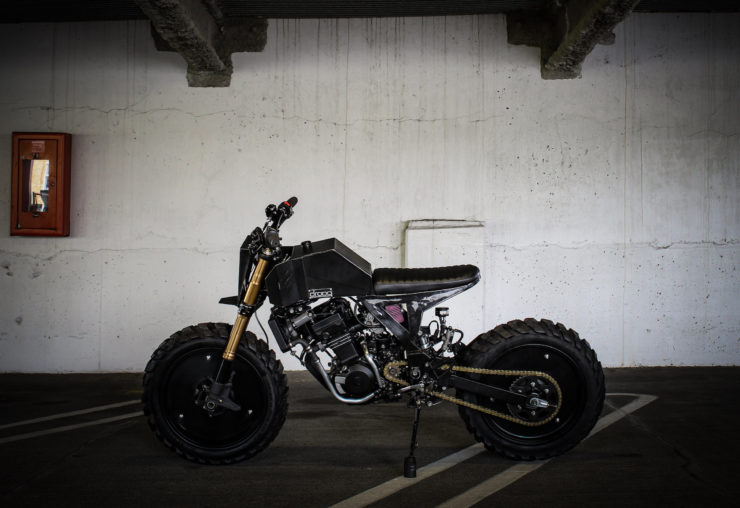 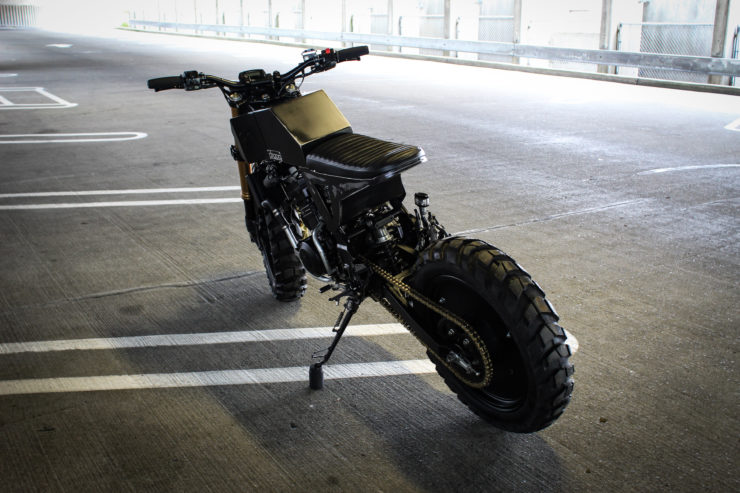 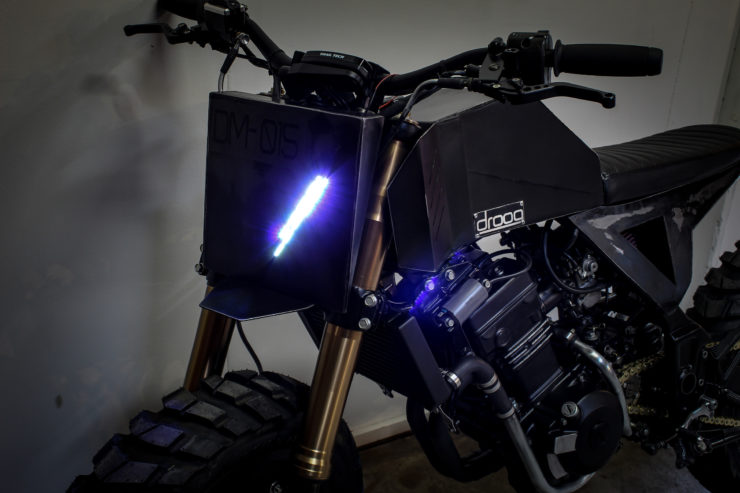 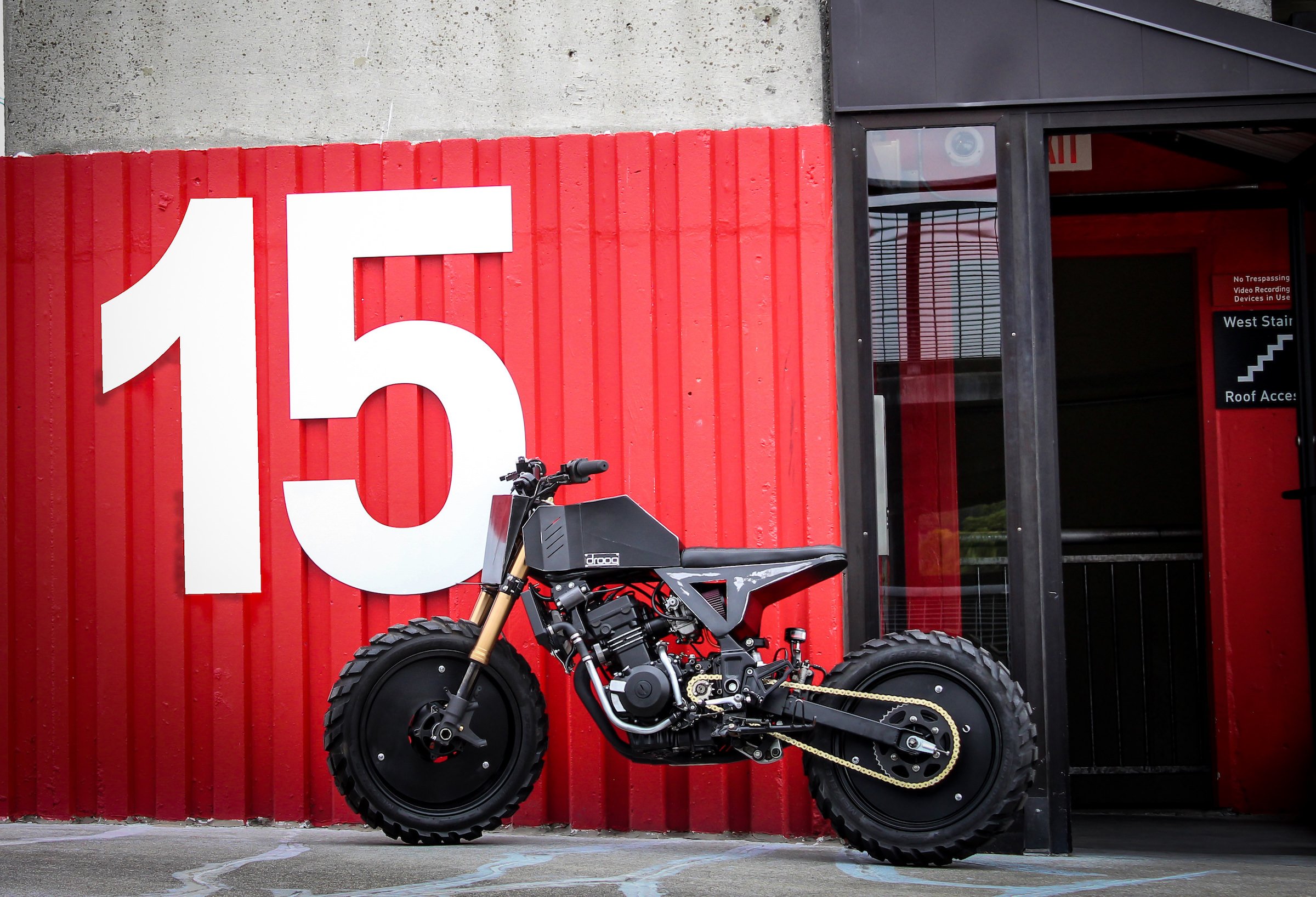