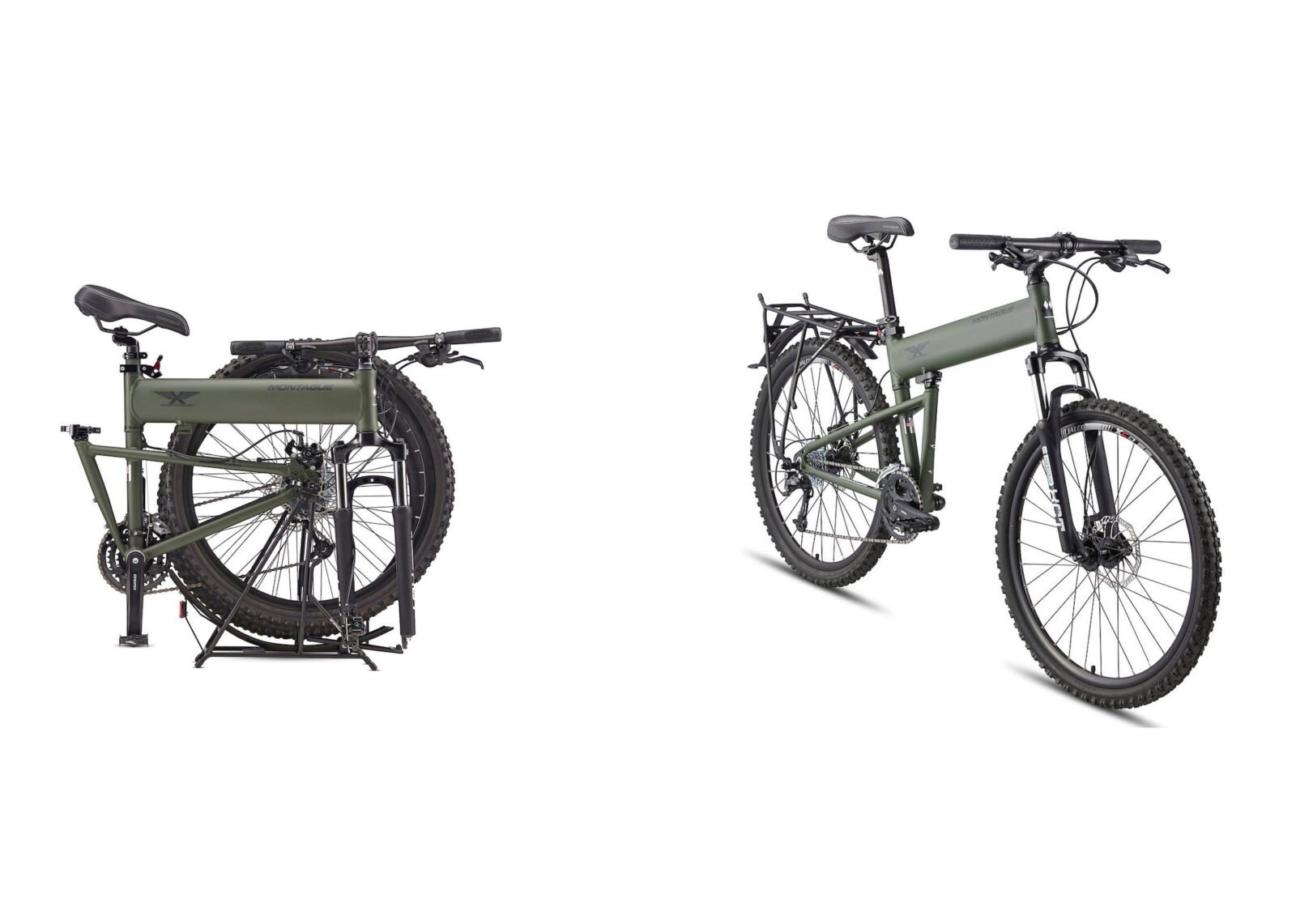 The Montague Paratrooper Bike was developed with a grand from the Defense Advanced Research Projects Agency (DARPA) and the Unites States Military to provide paratroopers and other special forces soldiers with a strong, fast, and almost entirely silent form of transportation upon landing.

Militaries around the world have faced the same problem when it comes to parachute deployed personal behind enemy lines. They need to be able to cover distances quickly and discreetly using cheap vehicles that can be left behind. The British experimented with the unusual folding Welbike motorcycle during WW2, which was later sold by Indian as the Papoose.

The Montague Paratrooper Bike was built to be as strong as possible, the folding mechanism was designed in a way doesn’t break any of the frame’s tubing, so it doesn’t compromise strength. 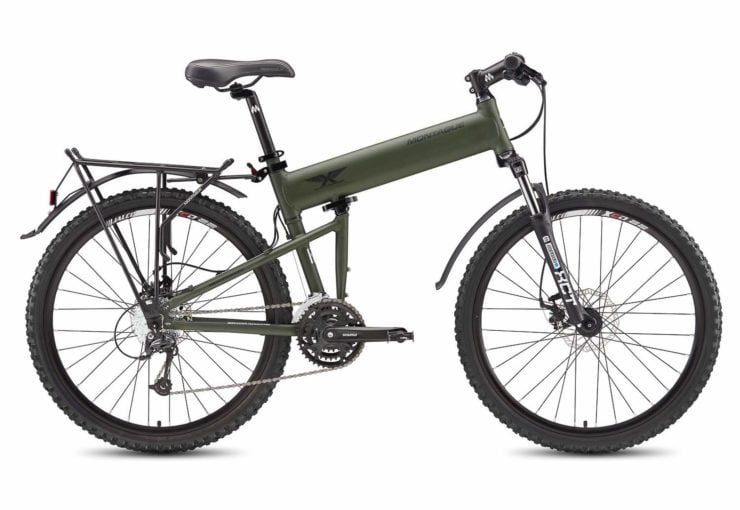 The frame is made from 7005 series aluminum, the rims are alloy, and the handlebars and stem at Kalloy alloy. The bike needs to be as strong and lightweight as possible, and they use full-size wheels with standard components so any well-equipped bicycle repair shop can work on them.

The bike uses SR Suntour suspension forks for off-road use, it has a “RackStand” which functions as a traditional cargo rack, a kickstand, a work-stand, and folded bike stand all in one. This allows paratroopers to lug gear when needed, and it’s also a useful feature for those of us who aren’t trained skydiving super soldiers.

Montague fit a Shimano 24 gear system to each Paratrooper Bike, as well as mechanical disc brakes front and back, front and rear mud guards, Shimano RAPIDFIRE Plus trigger shifters, a quick-detach front wheel, and an adjustable seat post.

The total weight of the bike is 32 lbs (14.5 kgs) and it can be folded up (or out) in a matter of a few seconds. The design of the bike makes it excellent for urban and off-road transportation as it can handle rough use, then fold down to be stored in a car trunk, a linen closet, or under your desk at work. 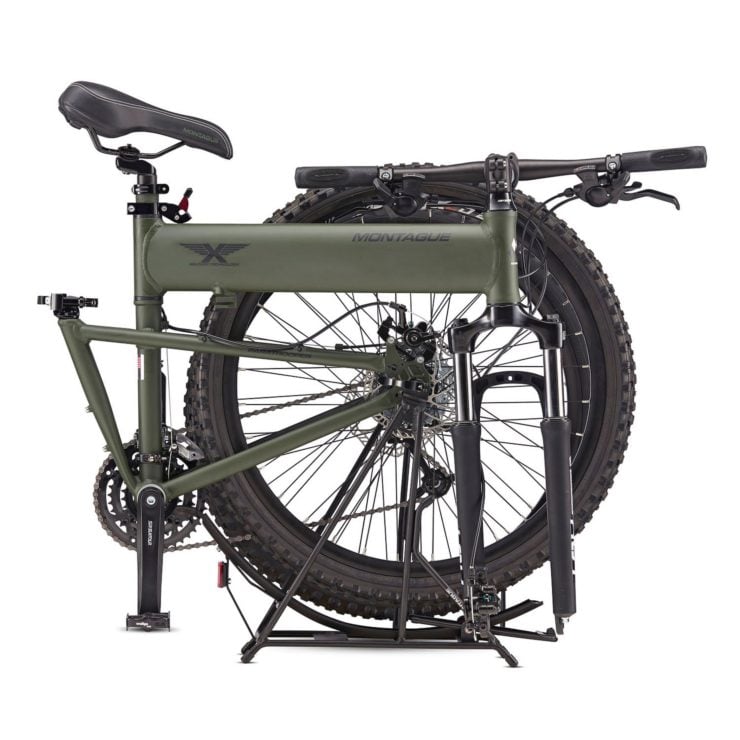 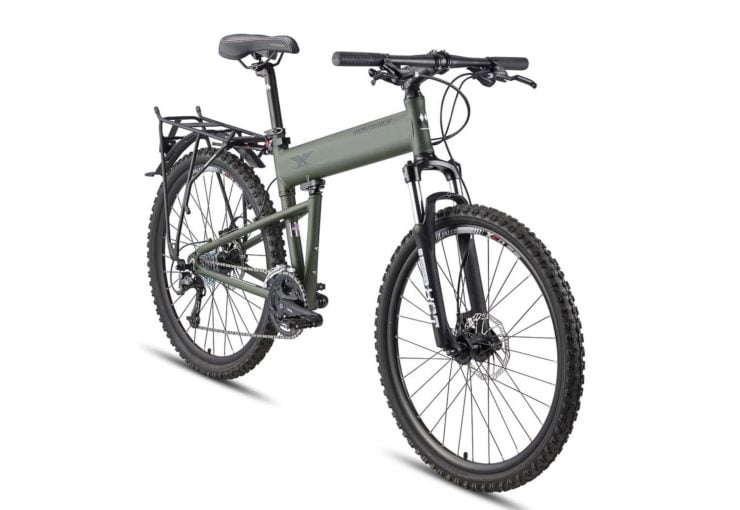 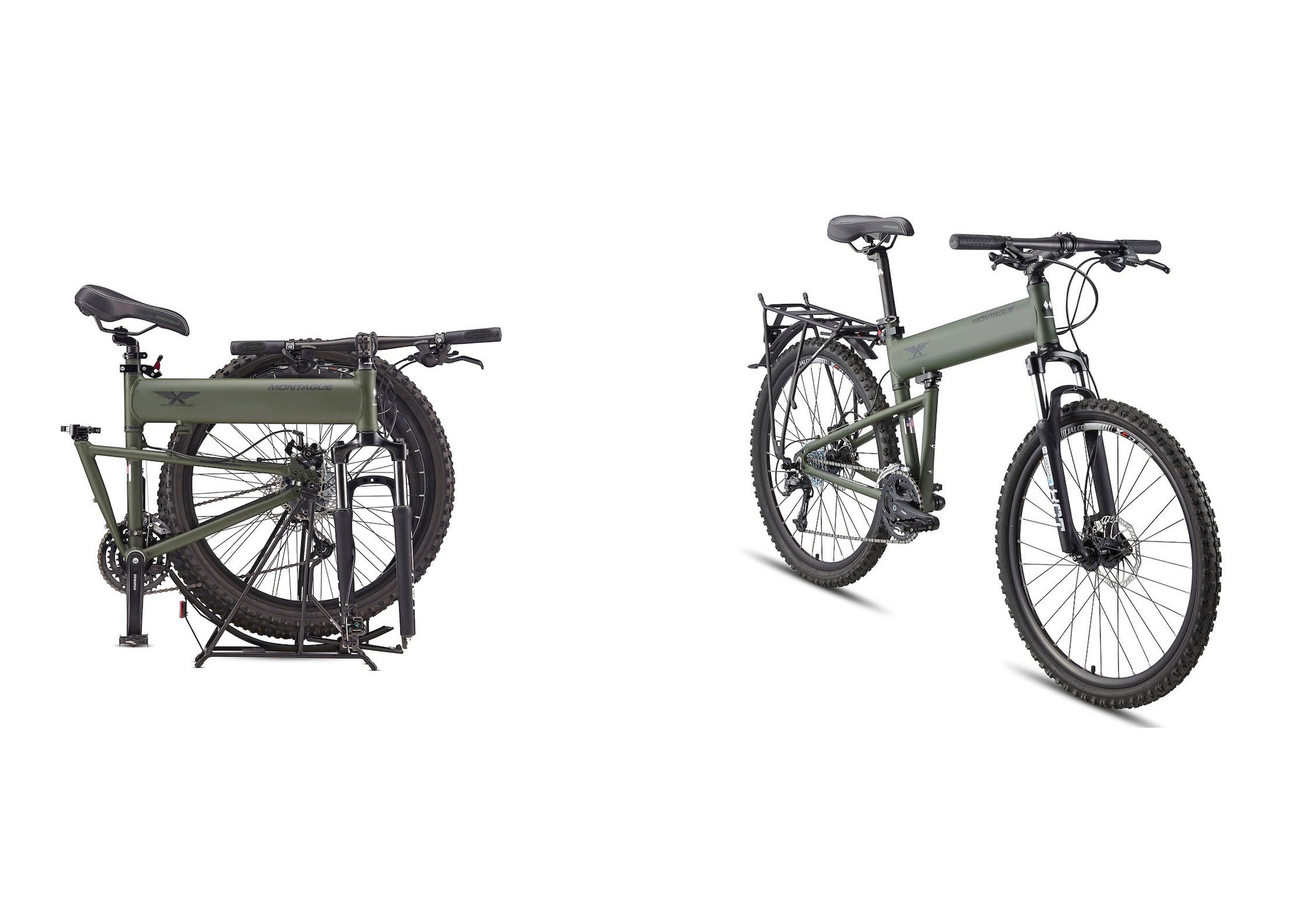