When you see the Watkins M001 for the first time you spend a good 5 minutes staring, trying to wrap your mind around it. It’s equal parts complex, unusual, and unfamiliar, almost as if a motorcycle from the Blade Runner universe was modified in the Marvel universe, before somehow exiting a wormhole and landing on Earth.

Despite its science-fiction-inspired appearance, the Watkins M001 was entirely built here in our universe, in the garage of a Polish engineer with a PhD in mechanical design, who works as a lecturer and researcher at the Gdańsk University of Technology, as well as heading the technical division of an industrial firm in Gdańsk, Poland.

His name is Jack Watkins, and if you need a vehicle designed from scratch for the A-Team, Iron Man, or Batman, he’s the kind of guy you go talk to.

The project to build the Watkins M001 began 9 years ago when Jack first saw Stellan Egeland’s revolutionary BMW Harrier – a wild custom motorcycle that was a decade ahead of its time when it was released in 2009. The Harrier had hub-center steering, a trellis frame, bespoke metal work and carbon fiber throughout, and Jack loved it.

His engineer’s mind immediately set to work conceptualizing his own BMW-based custom, rather than a trellis frame he would use two flat sheets of precise laser cut steel, that would be bent almost like origami in six very specific places – to give a 3 dimensional form that would provide the basis for his curious creation.

He decided very early on in the design phase that he would use the BMW R1150 RT engine (and transmission) and swing arm, so he found one for sale locally, went to inspect it, had a test ride, bought it, and disassembled it with the owner, before driving home with the engine and swing arm in the trunk of his car. He had no need for the rest of the bike, so he left it with the owner to part out for a little extra money.

Jack scanned the engine and swing arm into his CAD program, which allowed him to design and test the majority of parts digitally, including the frame, fuel tank, exhaust, and complex hub-center steering system.

Once the fundamental design of the Watkins M001 was complete the construction and fabrication  phase could begin. Fortunately as a result of Jack’s work, he has a long list of contacts – many of whom owe him a favor or two.

The laser cut steel monocoque frame was designed to attach to the engine mounting points and use the power unit as a stressed member. The fuel tank is also load-bearing – it’s mounted under and forward of the seat for mass centralization, but it also takes the load from the rear monoshock and distributes it into the chassis.

Perhaps the most engineering-intensive part of the build was the hub-center steering system, it’s an entirely bespoke design that appears alien to most non-engineers. Jack used a Yamaha XJ6 wheel with a milled hub, into which he fitted his steering system, as well as twin disc brakes, tucked neatly inside the double-sided swing arm, with horizontal shock absorbers mounted to each side.

Hub-center steering gives a series of advantages over more traditional forks, the HCS system sends load back into the chassis during braking which helps avoid the dive experienced by forks. If you’d like a more detailed look inside the HCS system we’ve added an exploded view below courtesy of Jack.

The completed motorcycle is a remarkable testament to Jack’s ability – and he has no plans to stop now. He’s already planning for future motorcycles in this series that will have 7000 series laser cut aluminum monocoque chassis and a slew of upgrades. 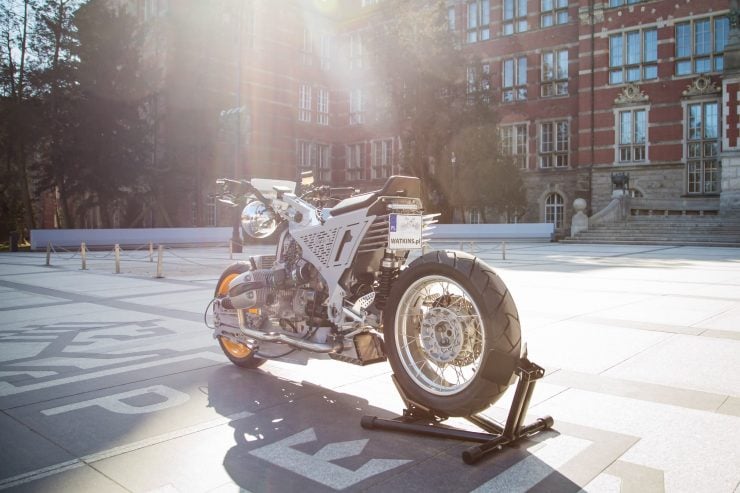 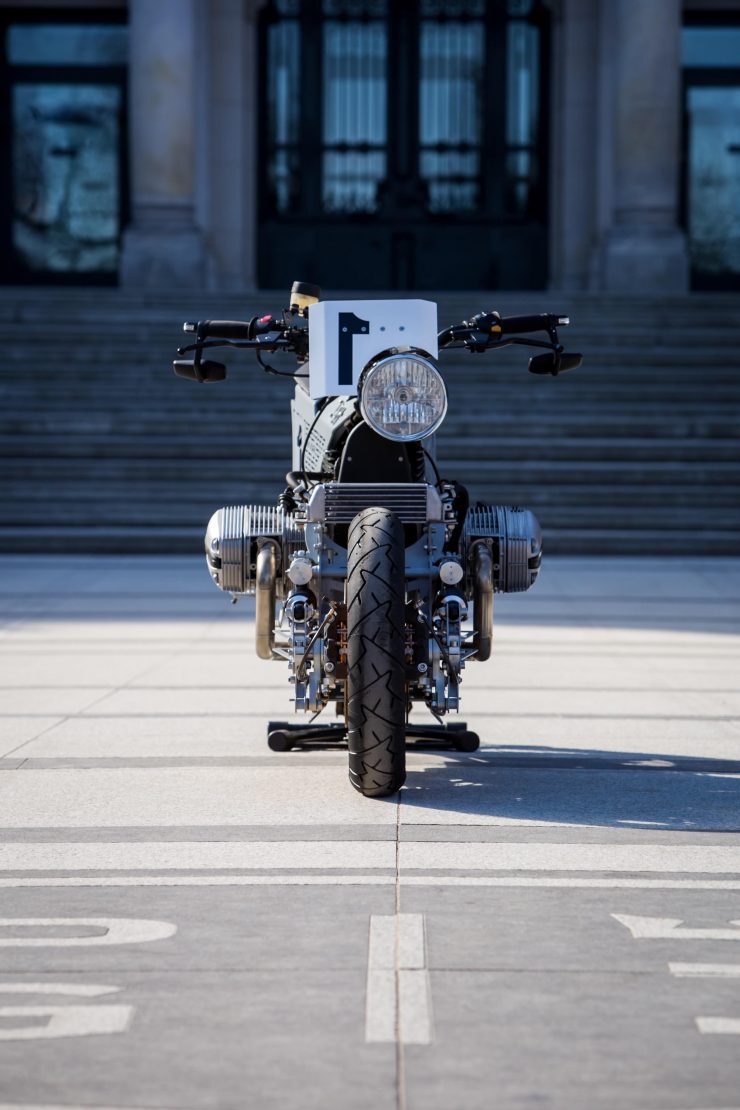 Images and Information by Maciej Bejma 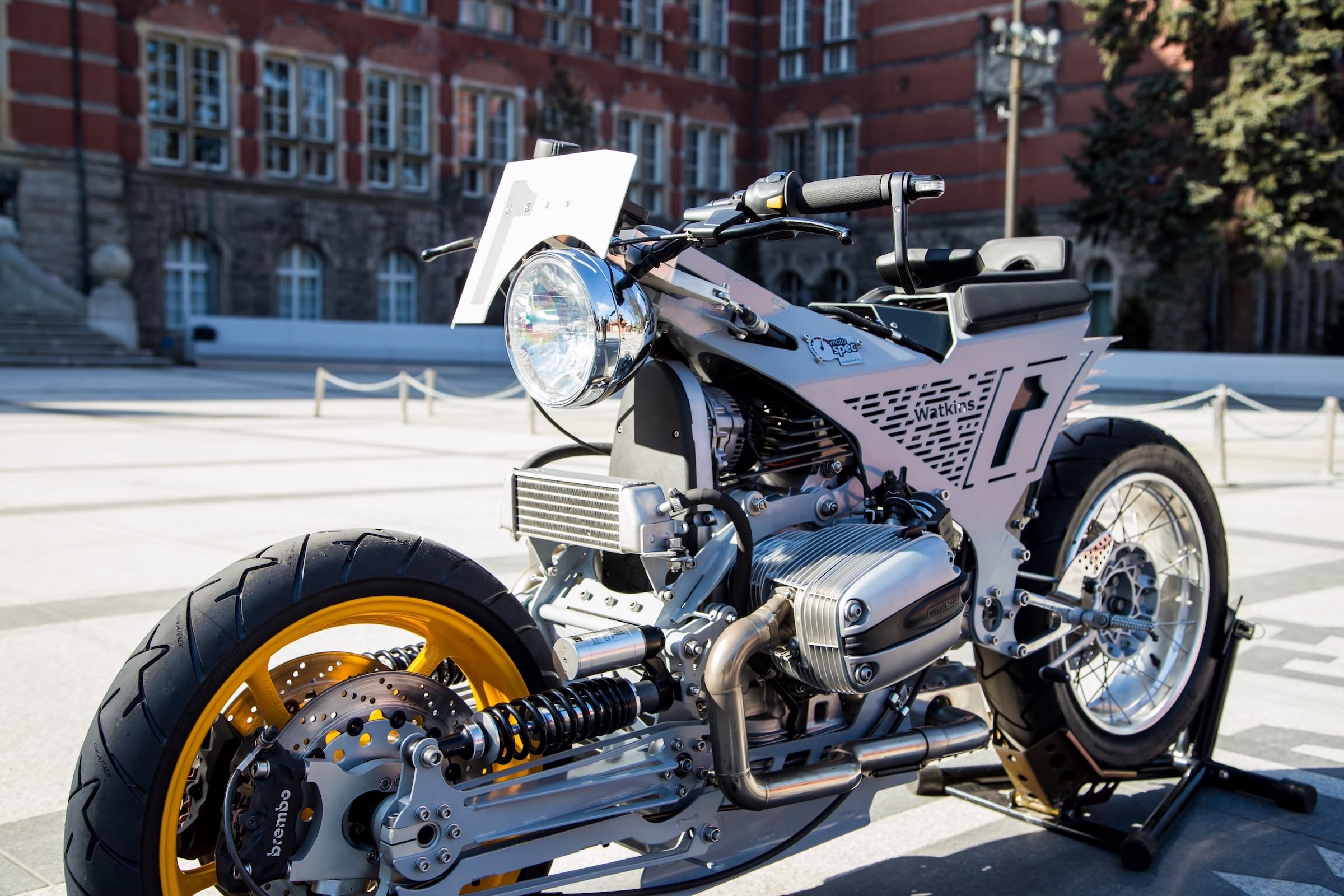