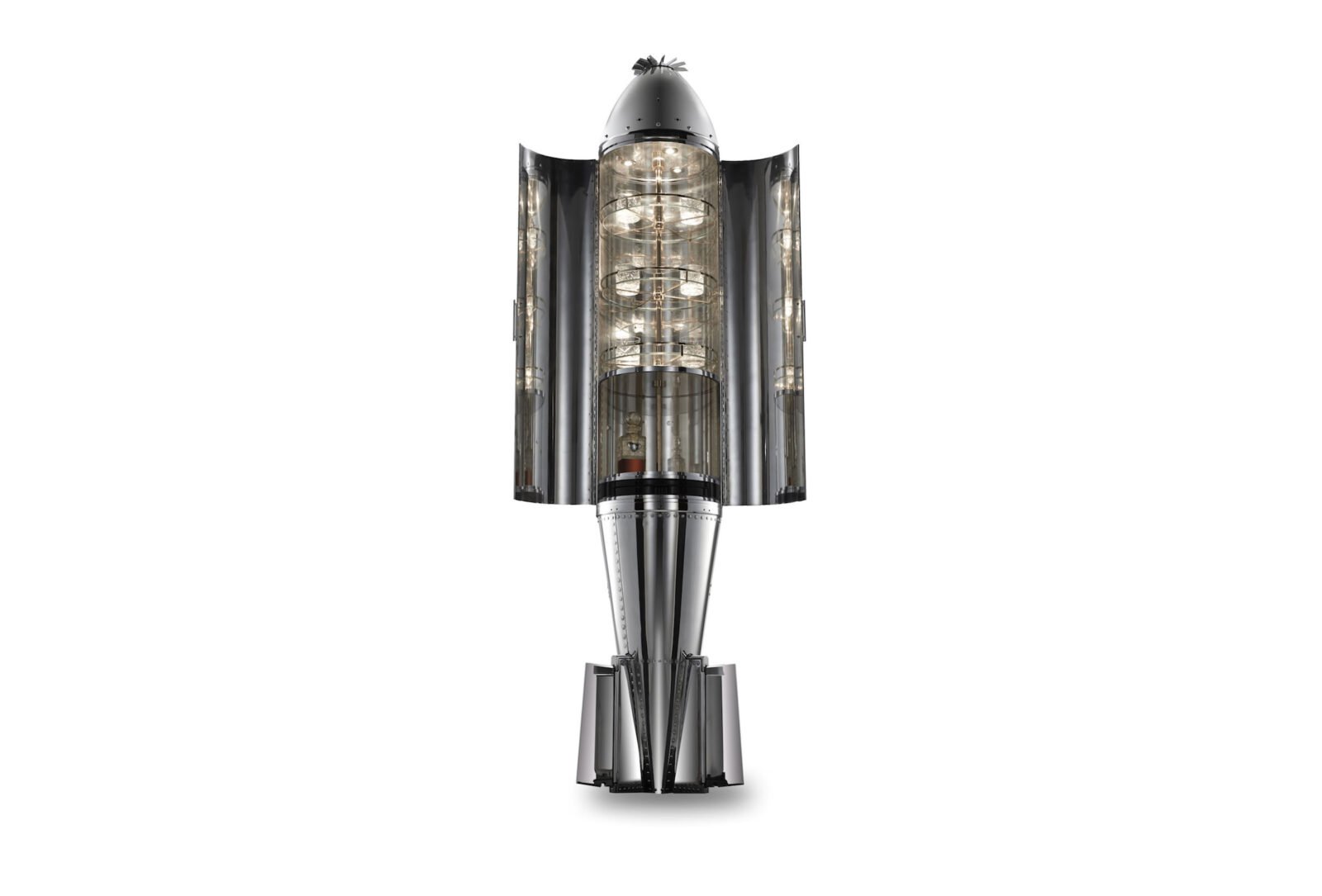 The Cluster Bomb Drinks Cabinet is one of the more famous creations from Plane Industries, a firm that makes high-end furniture from decommissioned aircraft parts and munitions. Each drinks cabinet is made from a decommissioned (and obviously defused) BL755 cluster bomb originally designed and built by Hunting Engineering Ltd. for the Royal Air Force.

The BL755 was developed in the 1970s and used into the 1990s by the UK, Yugoslavia, Zimbabwe, Iran, and Saudi Arabia. Each BL755 weighs in at 600 lbs and measures in at 8 feet tall and 16.5 inches wide. Before decommissioning this example would have contained 147 submunitions which are ejected by a central cartridge and individual inflatable bladders for each bay (similar to car airbags).

Even by the standards of weapons of war, cluster bombs are nasty, and the more of them that are converted to hold whiskey rather than submunitions the better.

The team at Plane Industries acquired this BL755 after decommissioning and set to work creating what is almost certainly the most 007 drinks cabinet ever devised. The now empty interior contains three glass shelves that revolve around a gold-plated spindle, in the base there’s a sliding platform built from lacquered American walnut conceals an armoury of custom-made cocktail utensils.

All interior and exterior aluminum is polished to a mirror finish, with each being built by the Plane Industries workshop in the United Kingdom. 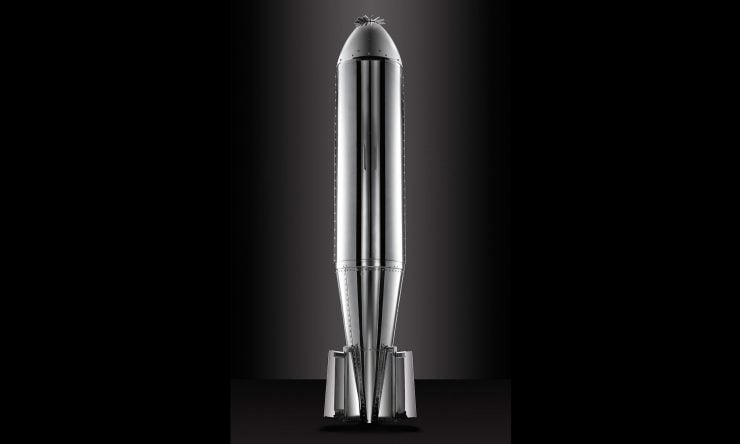 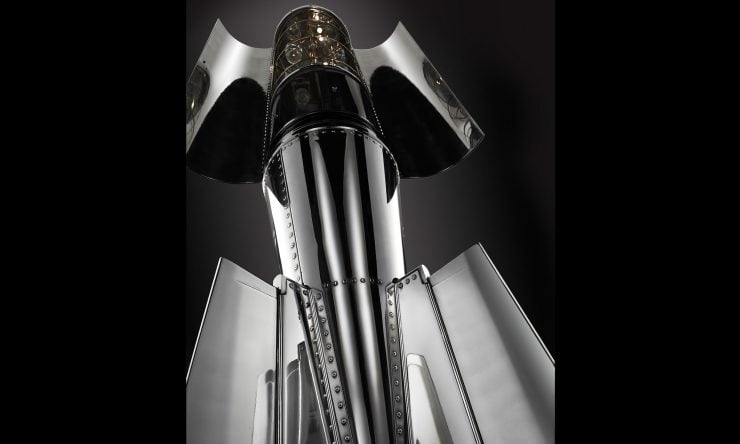 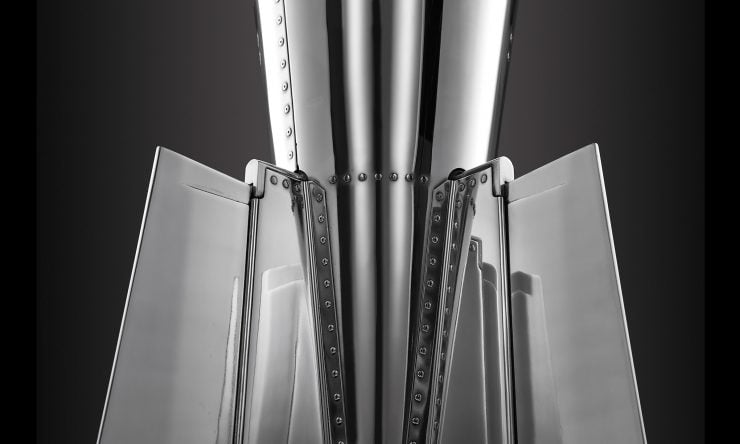 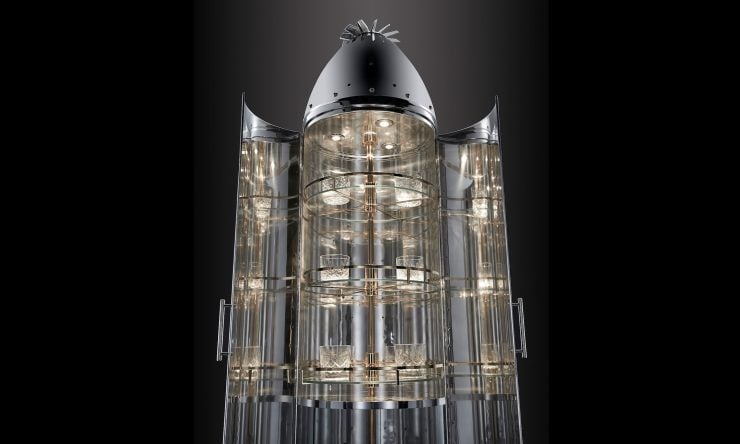 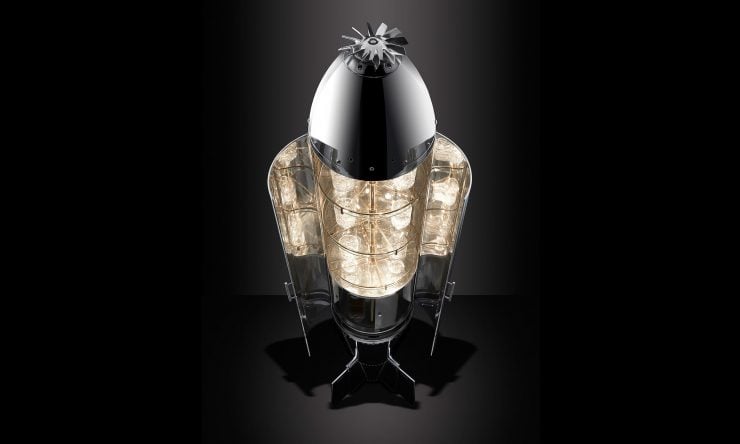 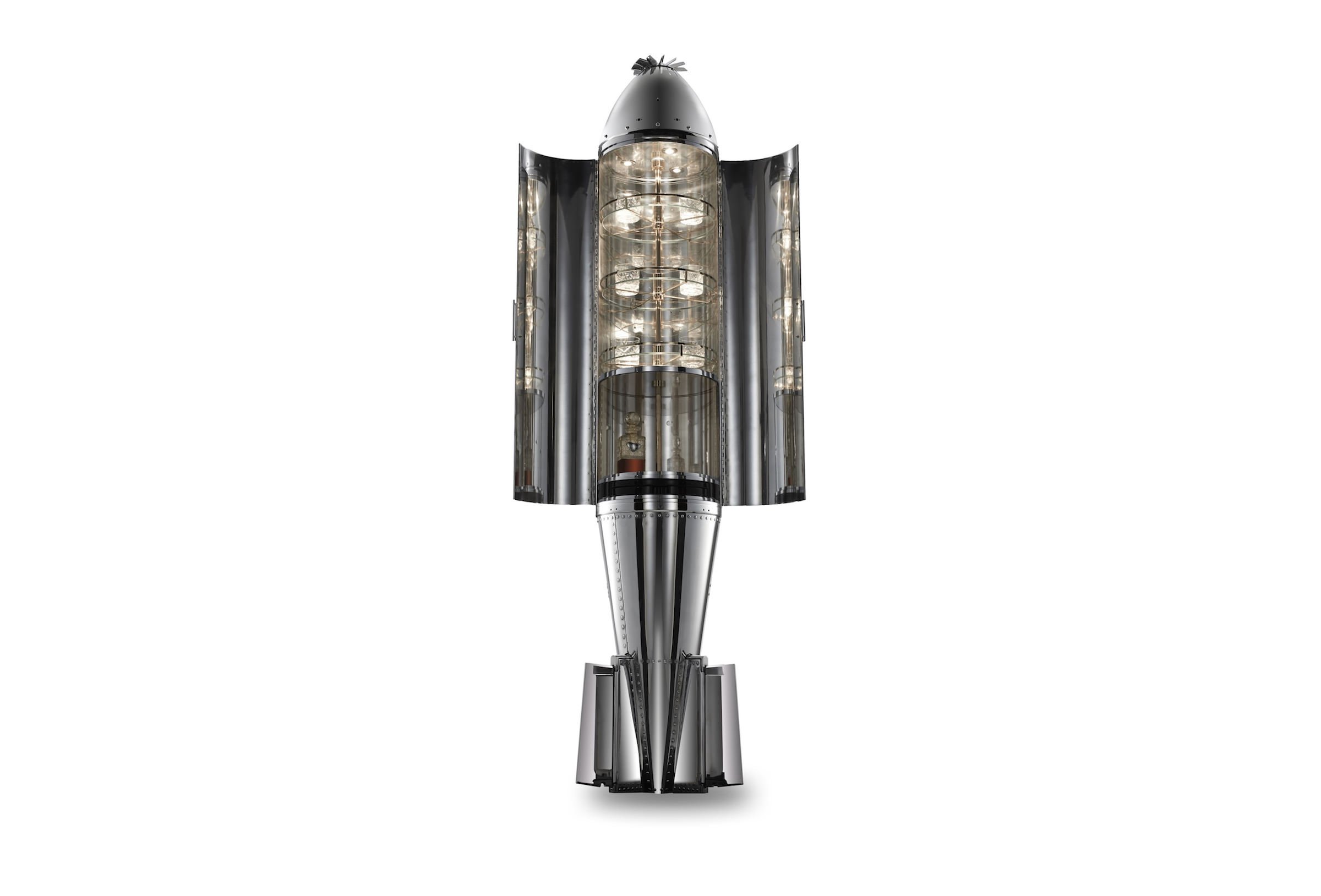 Facebook Twitter WhatsApp Email This is the new Kasperi Fold Top Backpack, each one is handmade in Finland with a primary body of whitetail…

Facebook Twitter WhatsApp Email The Land Rover Lightweight 1/2 Ton, also known as the Airportable, was a special version of the Series 2A and…

Facebook Twitter WhatsApp Email This is the Filson x Crafted Fire Tinderbox, it’s a portable firebox with a cooking grill on top that can…