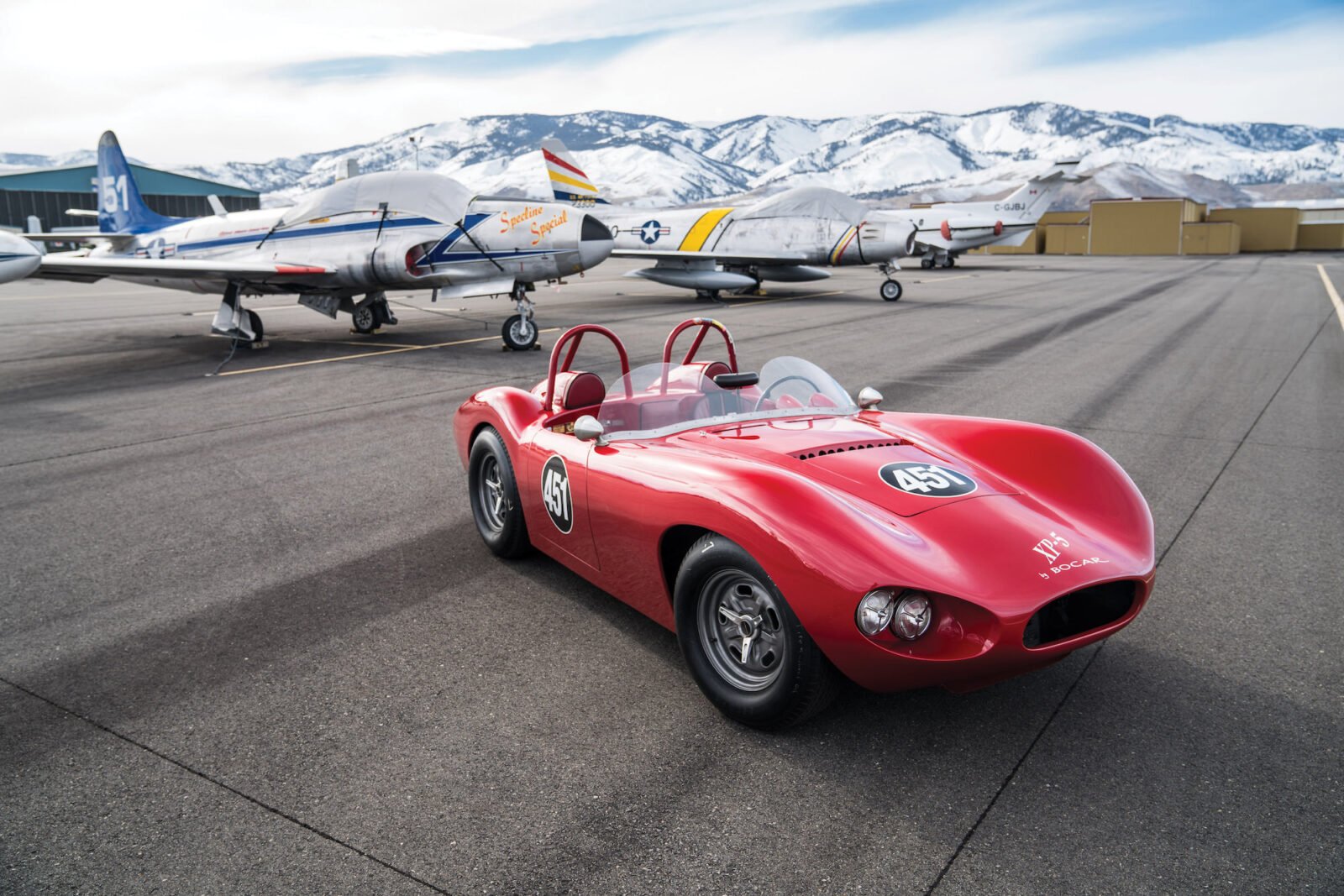 The Bocar XP-5 is an American designed and built racing car designed to take the fight to cars like the D-Type Jaguar, Austin Healey 3000, and Porsche 356. The name XP-5 stands for “eXperimental Prototype 5”, and the company name “Bocar” is a combination of the founder’s first and last names “BOb CARnes”.

Bob was a semi-professional racing driver based out of Lakewood, Colorado who started out in a Glöckler-Porsche Spyder competing in local Colorado hill climbs and road races. He upgraded to a Jaguar XK120 in 1953 and took an impressive 3rd place at the Pikes Peak Hill Climb that year. Although the XK120 was a significantly quicker car than the Glöckler-Porsche, Carnes was unhappy with the amount of power he was getting from the 3.4 litre Jaguar XK straight-6. Much to the chagrin of the purists he removed the original engine and installed a Cadillac V8, renaming the car “Jagillac”, then justifying the engine transplant by winning the Buffalo Bill Hillclimb in 1956.

Despite his success, Carnes wanted more from the car, and he quickly realised he would need to build his own car from the ground up. He began the Bocar project officially in 1957 and had his first car ready by 1958, it was called the X-1, and it was quickly followed by the X-2 and X-3. Bob and his team were learning on their feet, and by the time they got to the X-4 they began selling cars to customers – approximately 5 X-4s were built – although exact factory records were lost to time.

The Story of the Bocar XP-5

The first proper production model was the car you see here – the Bocar XP-5. Bob and his team developed a new welded chromoly steel spaceframe for the car with a lightweight fibreglass body, the independent front suspension was creatively sourced from the rear end of the Volkswagen Beetle, and the rear sits on four trailing arms and a Watts linkage system. Engines could be specified by the client, however the most common choice was the rock-solid 283 cubic inch Corvette V8 capable of 290 bhp. The XP-5 sits just 34 inches tall – not including the 4 inch windshield, and the engine was installed as far back in the body as possible to provide optimal weight distribution for racing.

Despite its racing intentions, Bocar did offer a variety of road-car optional extras for those who wanted them, including a radio, a heater, and a removable hardtop. Drivers could also specify up to 7 different suspension arrangements, and they could choose their own wheels and tires. Although carburettors were typically preferred, Bocar clients could specify fuel injection if they wanted it, as Corvette had been offering it as an option on their V8s since mid-1957.

It’s thought that approximately 18 XP-5s were built in total, and no two are the same, the exact numbers are a little hazy because Bocar also sold chassis and bodies separately, and as mentioned above – they didn’t keep records as well as the built cars. 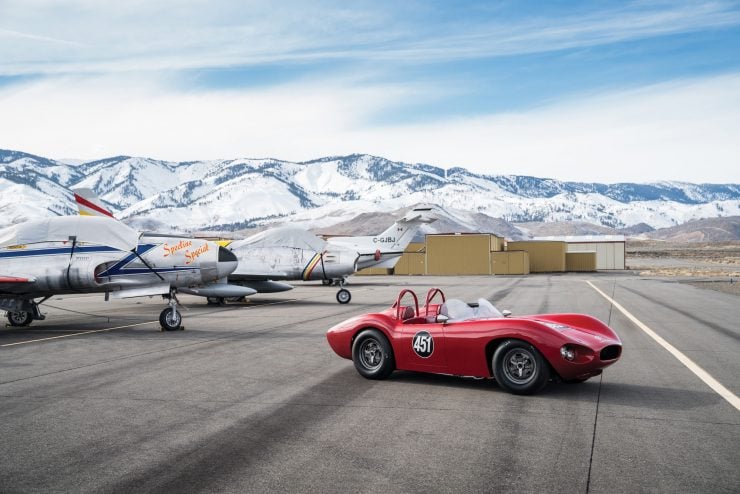 The Bocar you see here is a ’59 model XP-5 with a larger, race-preppared 327 cubic inch Chevrolet V8 and a T-10 4-speed manual transmission. It’s a little different to most of the surviving XP-5s as it has a modified Triumph chassis with Triumph front disc brakes, Chevrolet 11 inch rear drum brakes, and a different suspension arrangement thanks to its British underpinnings.

Bocar factory worker Don Johnson previously recorded that a small number of XP-5s were given Triumph chassis at the request of buyers, and this one has a 1958 Chevrolet 3:70 Positraction rear axle with 4 trailing arms and a Watts linkage. The car was later modified with twin roll hoops, 15 x 6 knock-off wheels and a 12 gallon A.T.L fuel cell, all of which was added for competition.

A bright red Bocar will always draw a crowd and this one is no different, it’s been featured on TV and in magazines over the course of its life, and it’s been a regular participant in vintage racing events for over 20 years – 14 of which were with the current owner. It comes with 4 racing logbooks (2 SVRA, 1 VSCCA, and 1 HMSA), and it’s raced at a huge array of North American circuits, including Pocono, St. Jovite, Mosport, VIR, Mont Tremblant, Watkins Glen, Mid-Ohio, Lime Rock, Coronado, Sonoma, and Laguna Seca.

It’s due to roll across the auction block with RM Sotheby’s on the 10th of March at the Amelia Island Auction, and the estimated value is between $175,000 and $225,000 USD. If you’d like to read more about it or register to bid you can click here to visit the listing. 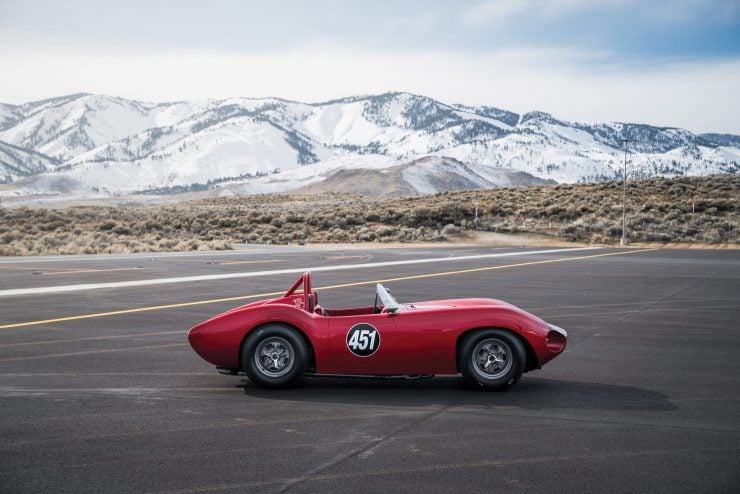 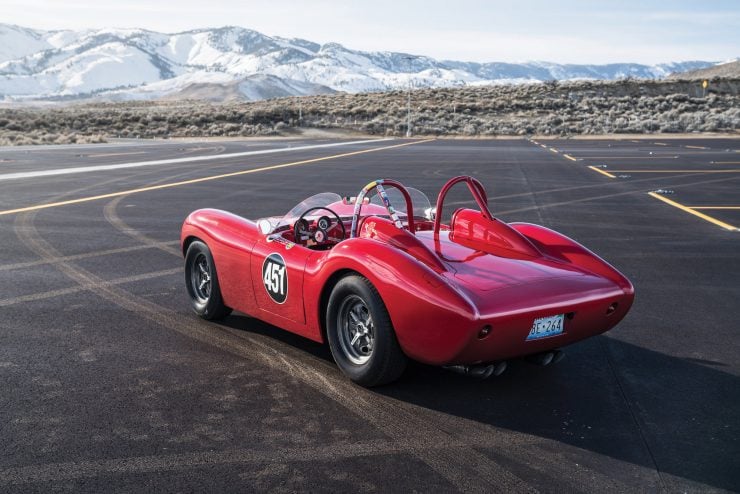 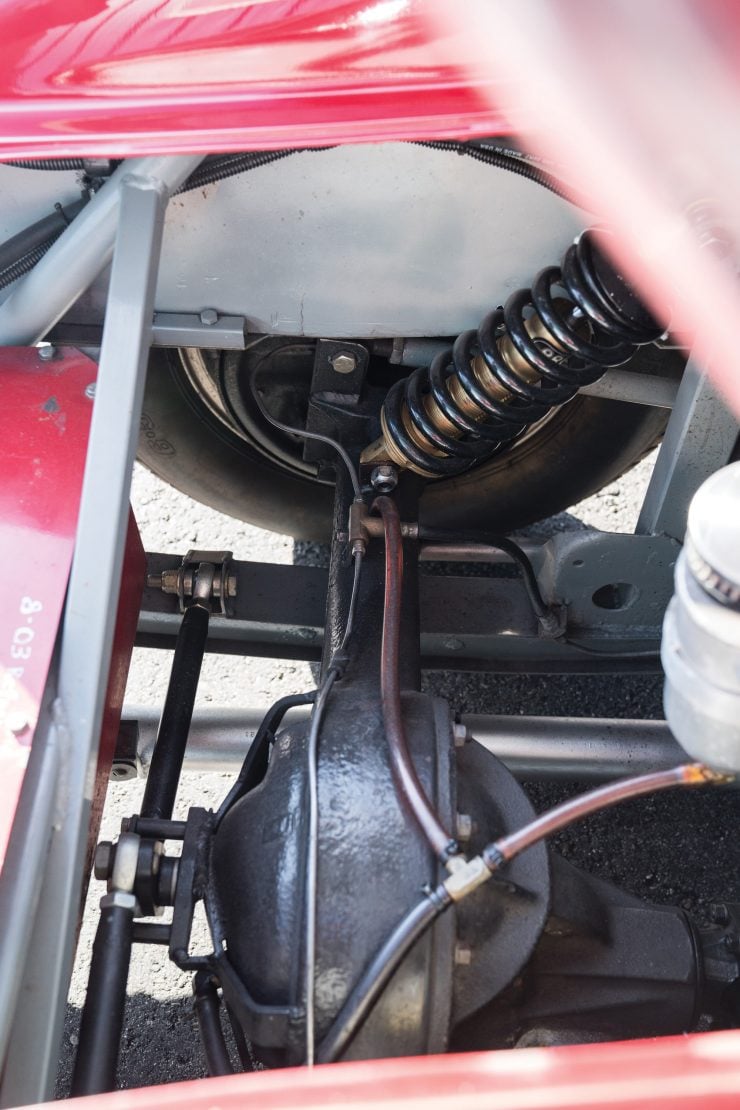 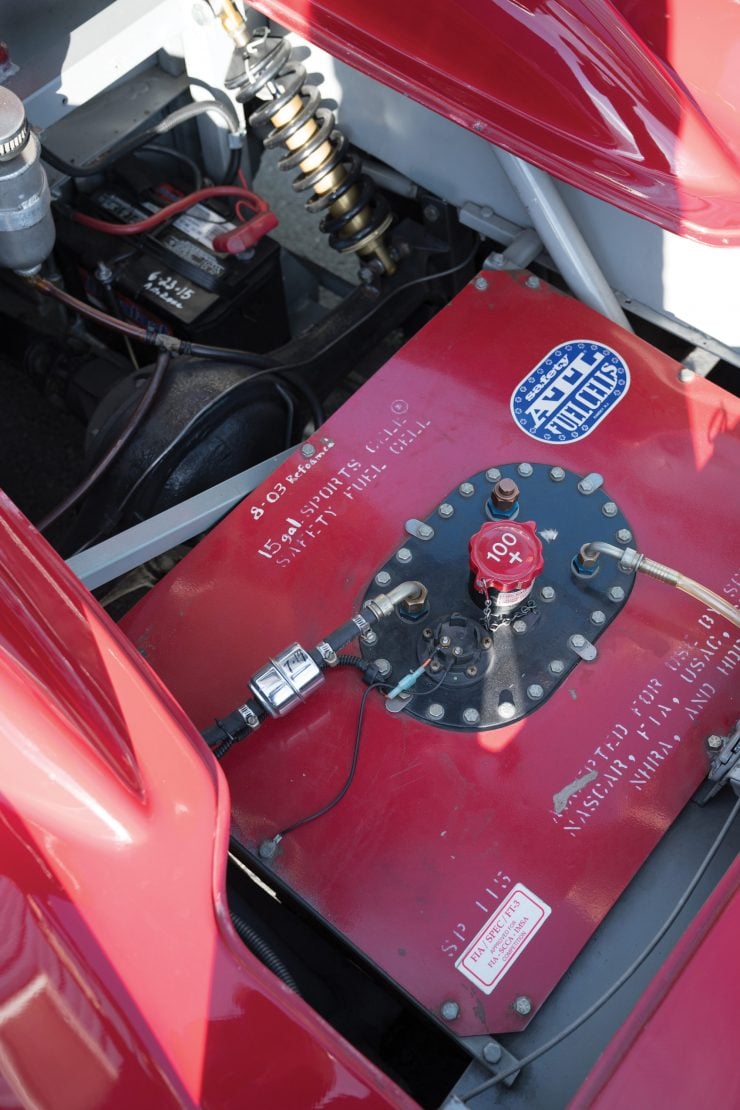 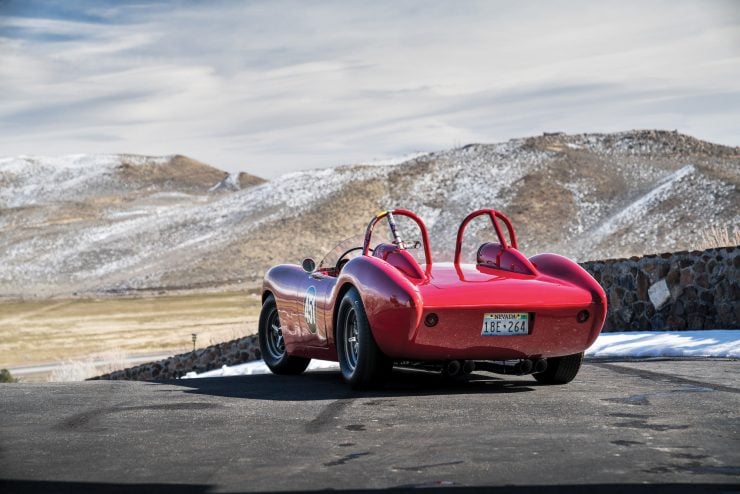 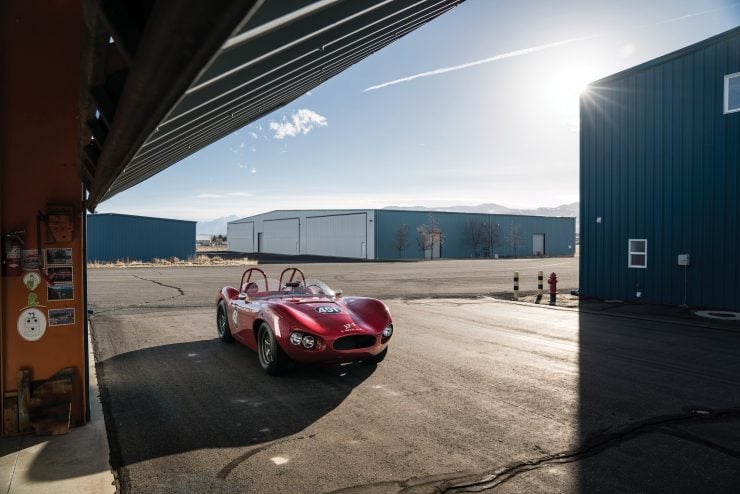 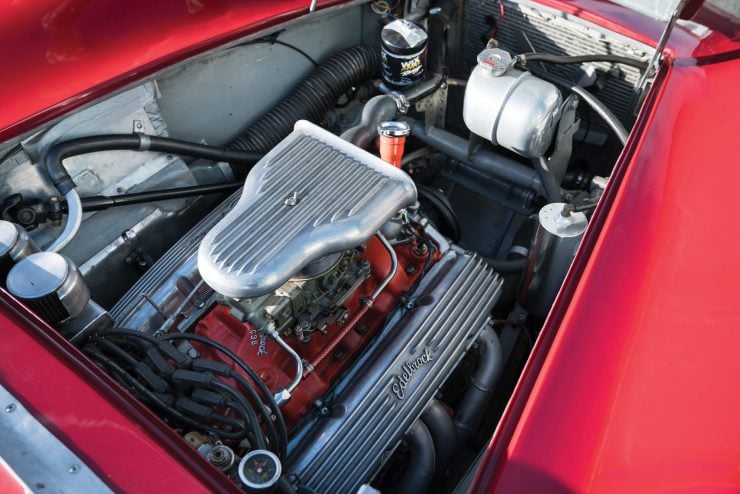 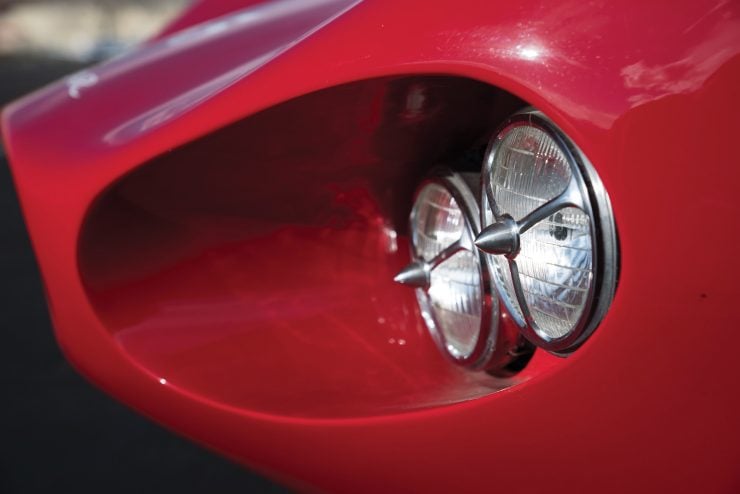 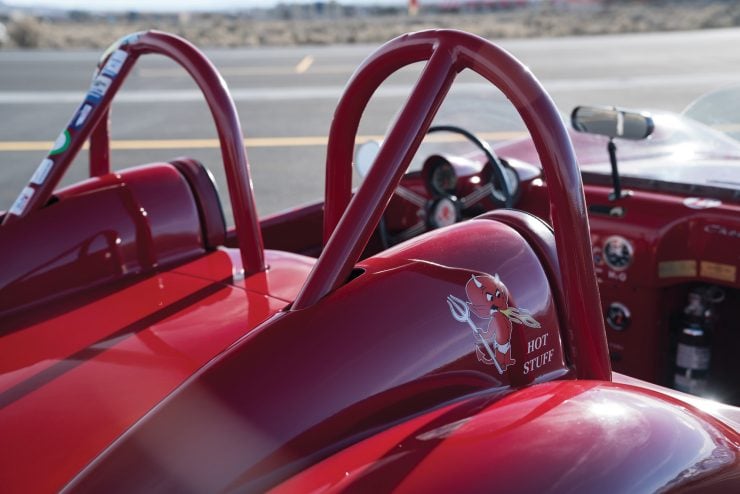 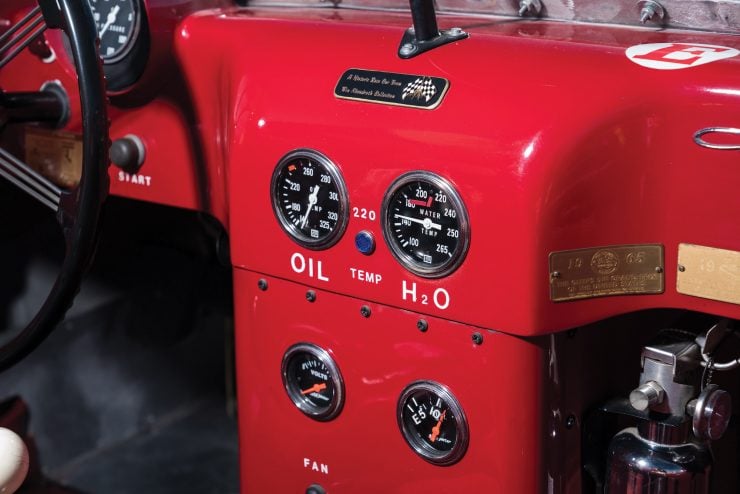 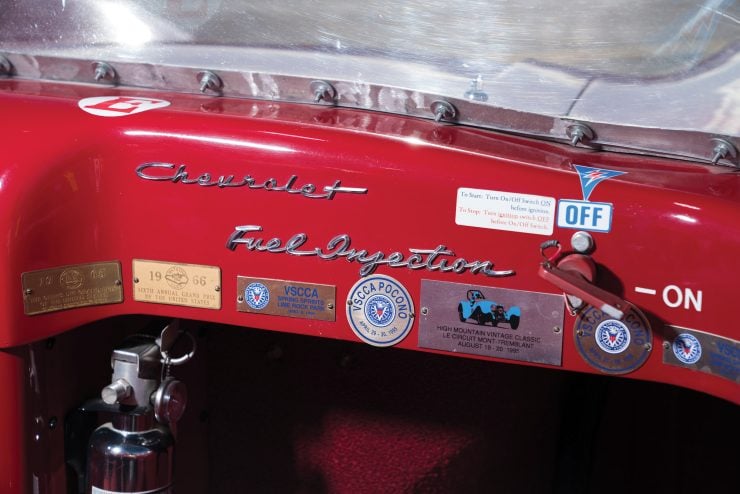 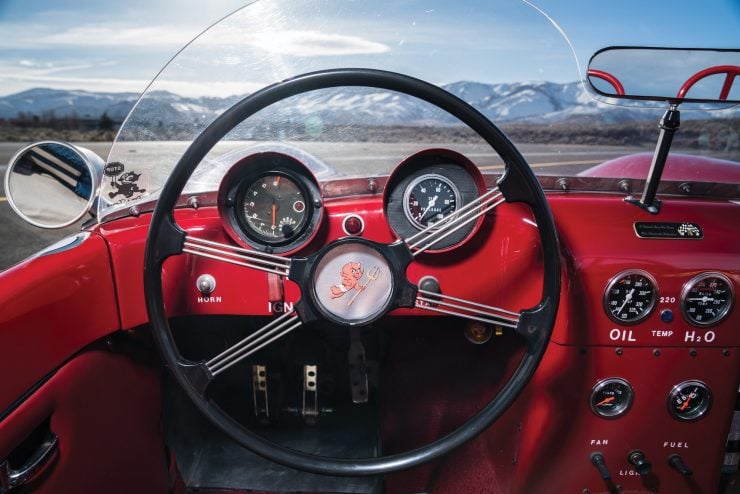 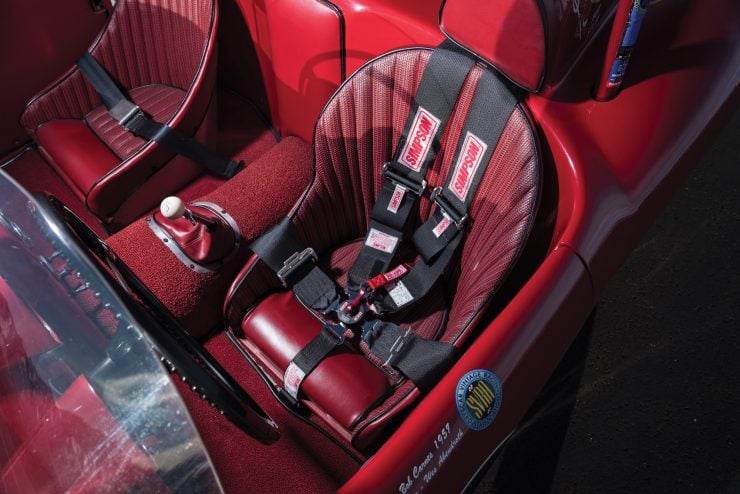 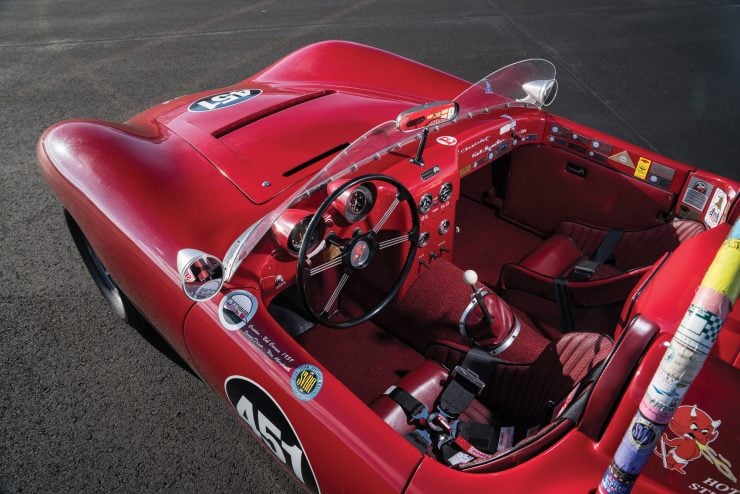 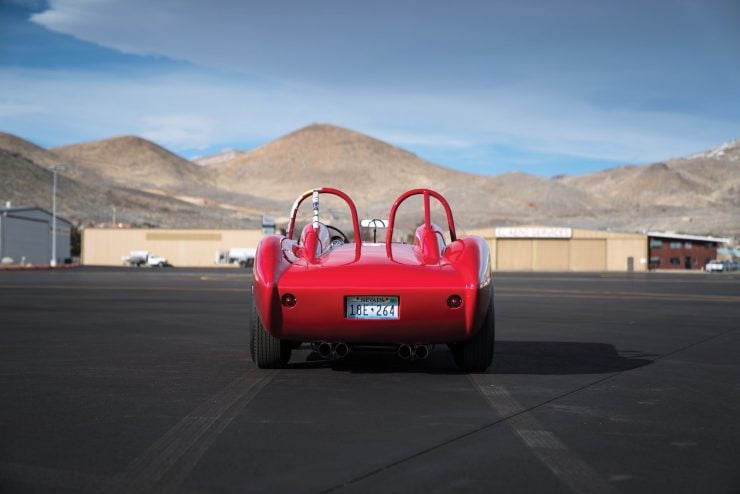 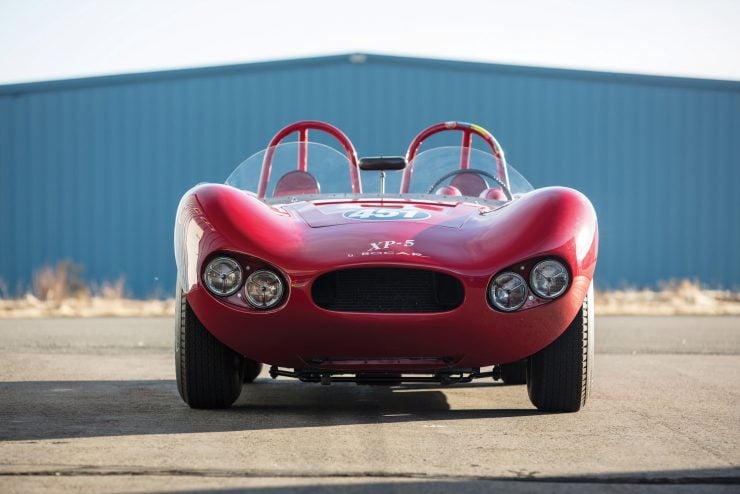 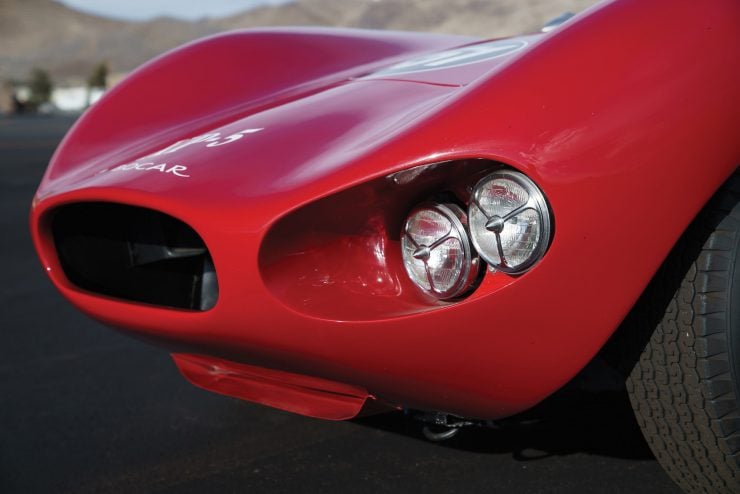 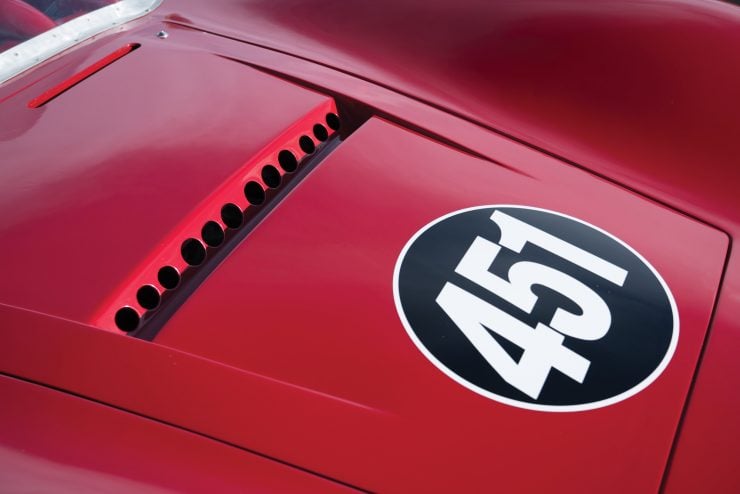 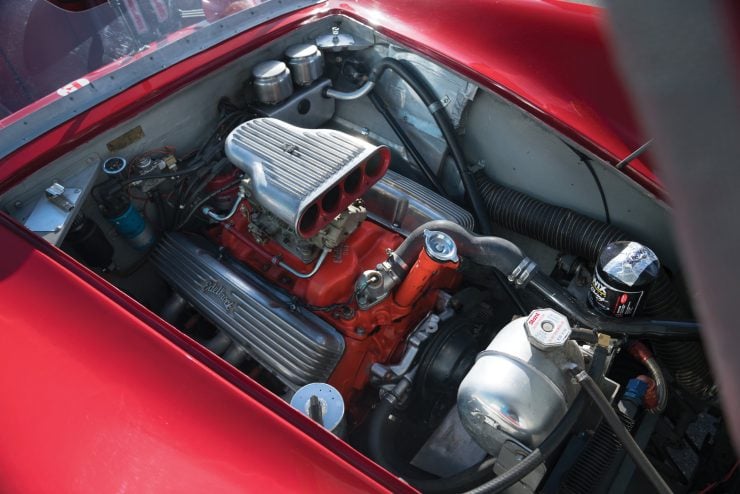 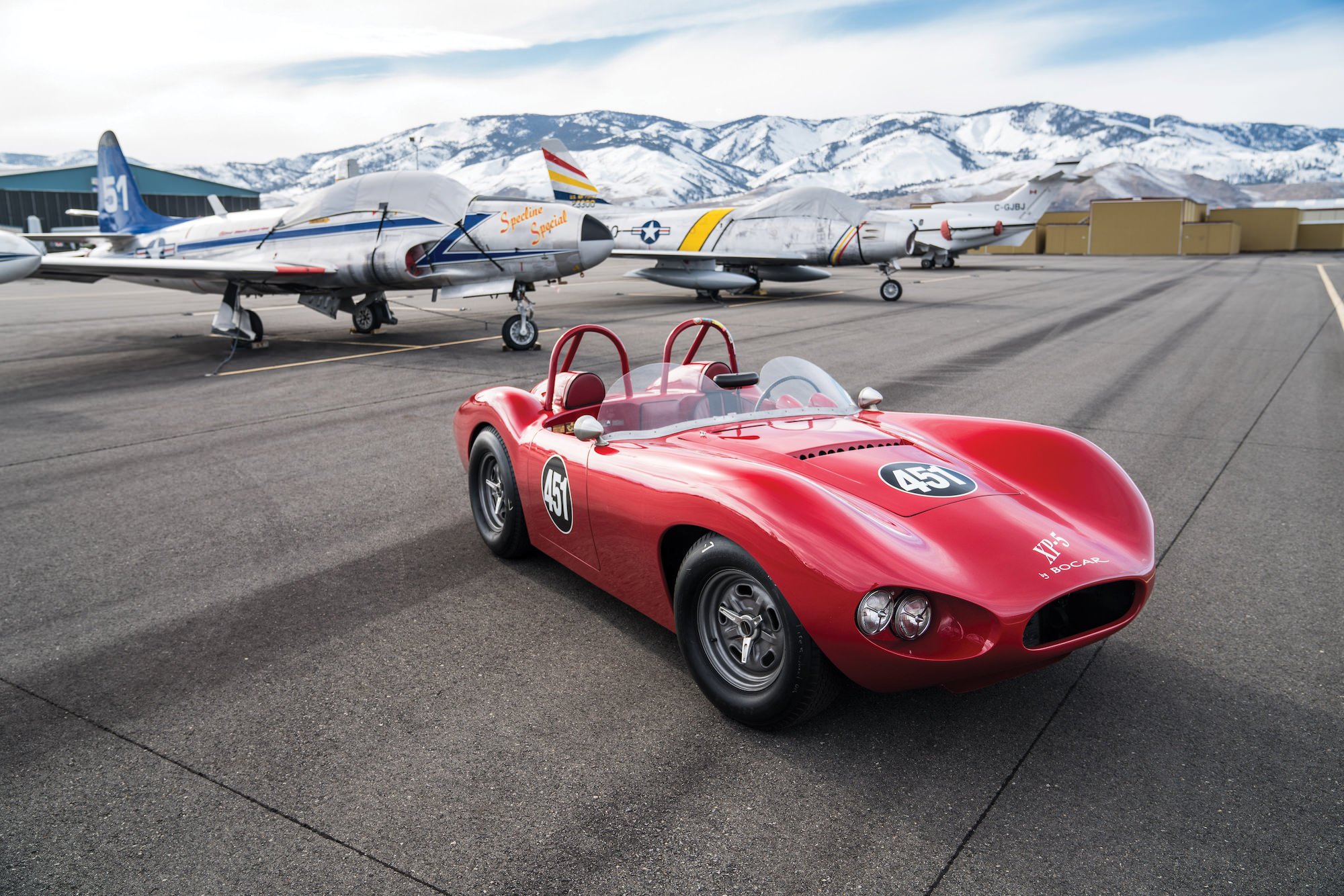