The rare Bocar XP-5 is the work of Bob Carnes, a racing driver and self-taught engineer who enjoyed much success in the Denver, Colorado area racing his Porsche 550 Spyder and his Jaguar XK120. Never one to sit still, Carnes modified his XK120 and fitted it with a Cadillac V8 for more power, dubbing it the “Jagillac.”

He began to realize that if he could build a car that had the best features of the Porsche with the best features of his own V8 Jaguar, he would have the perfect race car. Starting in 1957 he set out to design and build a V8-powered American answer to the 550 Spyder, creating one of the most memorable low-volume production sports cars of the time.

When Carroll Shelby hatched his plan for the Shelby Cobra in the early 1960s he was almost certainly influenced by the cars of Sydney Allard, but you have to wonder if he was also inspired by the little-known Bocar XP-5 by Bob Carnes. 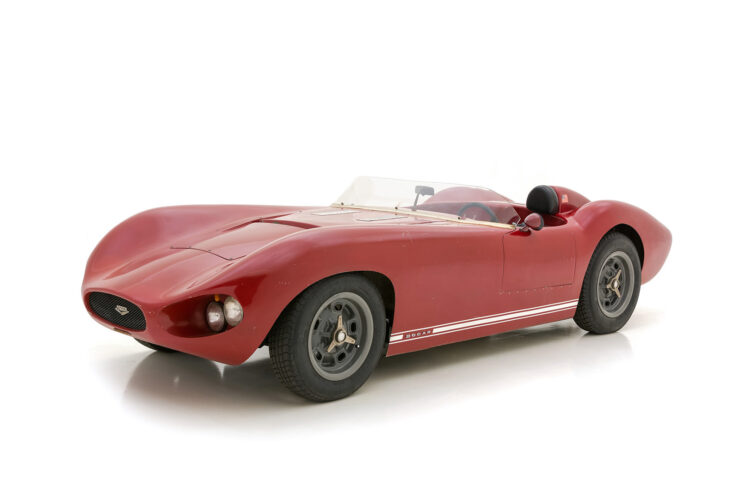 The styling of the Bocar XP-5 is immediately recognizable and hard to forget. The car sits just 34 inches high.

Lightweight European-style sports cars with good handling proved an ideal match for powerful American V8 engines, and a number of companies were founded to marry these two, creating some of the fastest cars of the era.

Carnes was learning as he went so the XP-1 was closely followed by the XP-2, and the XP-3, before the arrival of the XP-4, of which approximately five are believed to have been built.

The Bocar XP-5 arrived in mid-1959, it incorporated all of the lessons learned in the earlier prototypes, it was built around a chromoly tubular steel space frame chassis and the body was made from fiberglass, still a cutting edge material in the 1950s that made low-volume car manufacturing far more viable for smaller companies like Bocar.

Above Video: This short film is about Doug Karon and his Bocar XP-5 continuation.

Most XP-5s were powered by the 283 cubic inch Corvette V8 engine producing 290 hp, with power sent back through a manual transmission to the rear wheels. The XP-5 is just 34 inches tall and it has a four inch high windscreen, the curb weight varied based on specifications, however most cars tipped the scales at around 1,650 to 2,100 lbs.

As you may have guessed, performance was brisk. The Corvette-powered XP-5 could do the 0 to 60 mph dash in under 6 seconds and onto a top speed in the region of 160 mph. Racing versions of the car provided highly competitive, an XP-5 driven by Art Huttinger in the first televised Daytona race in 1960 came second only to the D-Type Jaguar of Ed Rahal, with the XP-5 clocking a speed record of 175 mph on Daytona beach.

Carnes had developed the XP-6 and was working on the XP-7 when the Bocar facility was destroyed by a fire in 1962, this resulted in the destruction of all the moulds, jigs, and everything else that was needed to build the cars, and it resulted in Bocar permanently shutting down.

The surviving examples of the original Bocar vehicles are now highly collectible, with asking prices now stretching to over $250,000 USD in some cases. 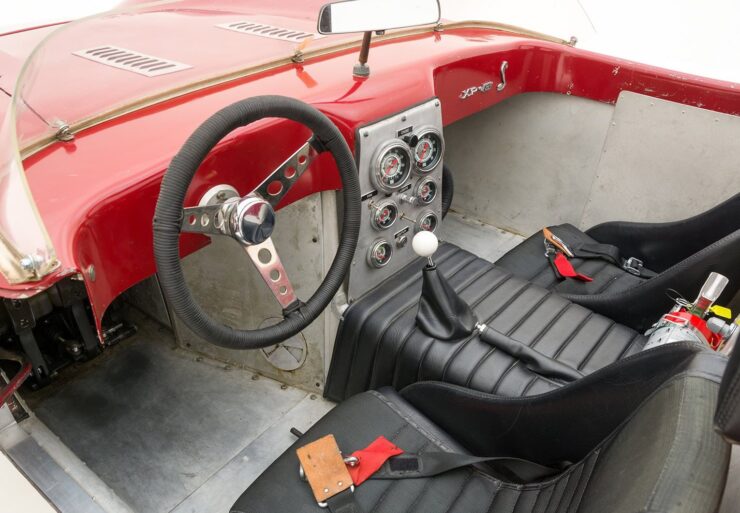 The interior has seating for two, these cars were designed to race so very little attention was paid to luxuries.

The car you see here has been credited with being the inspiration for the Bocar XP-6, it was originally purchased by a personal friend of Bob Carnes but being quite tall he didn’t fit into a standard XP-5. As a result he stretched the chassis by 12 inches and modified the body to match.

The project took a number of years as work was being done on it part time, by 1965 it was ready for completion and the owner opted for a 289 cubic inch Hi-Po Ford V8 crate engine mated to a T-10 four-speed transmission supplied by Garnsey & Wheeler.

Not long after completing it the car was sold to a new owner, it was then used as a display vehicle in Ford dealerships to show off the capabilities of the Ford V8.

In 2015 the car was sold on to a new owner who chose to mechanically overhaul the car while keeping the original patina intact, a historically sensible choice for such a rare and unusual classic.

The car is now for sale through Hyman Ltd with an asking price of $259,500 USD, if you’d like to read more about it or register to bid you can click here to visit the listing. 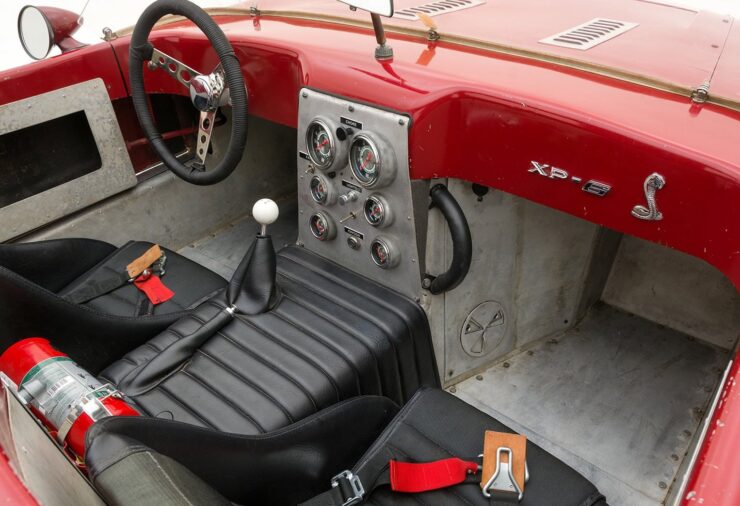 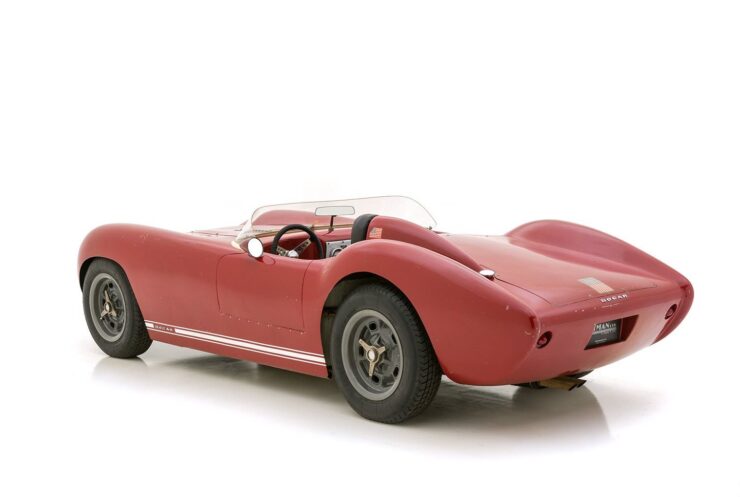 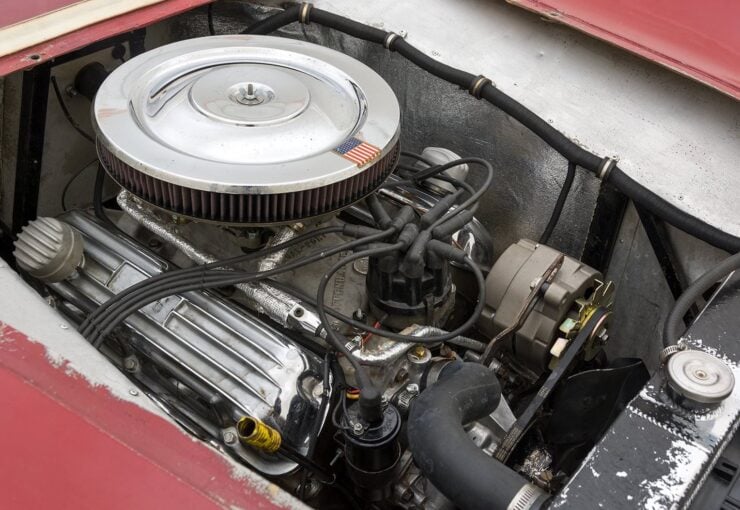 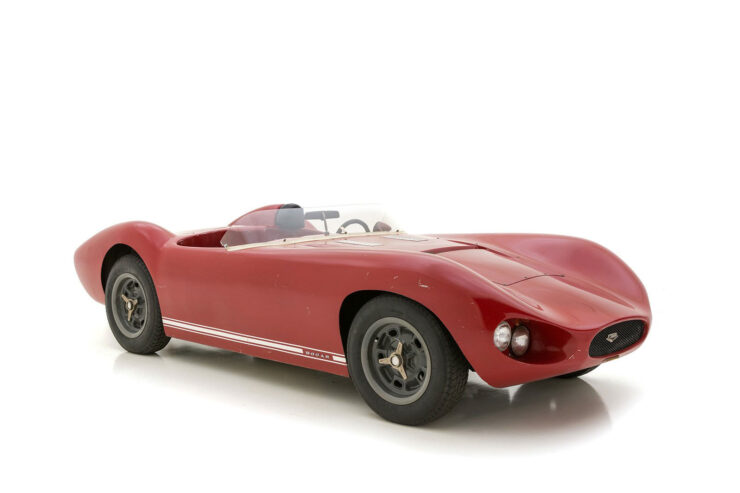 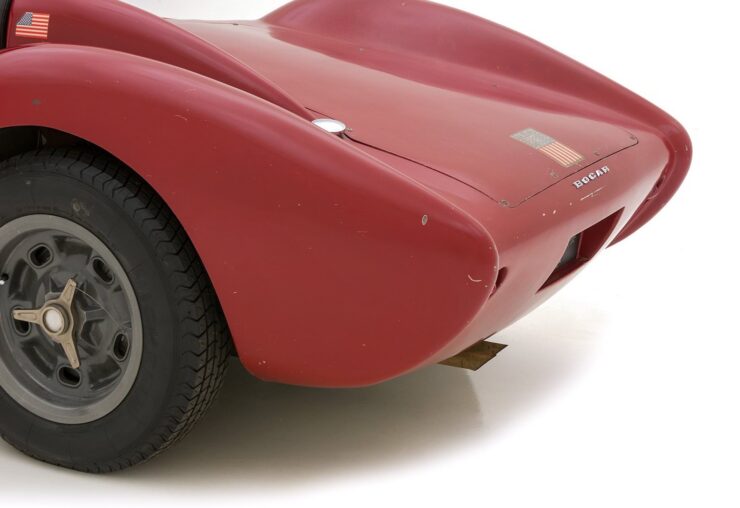 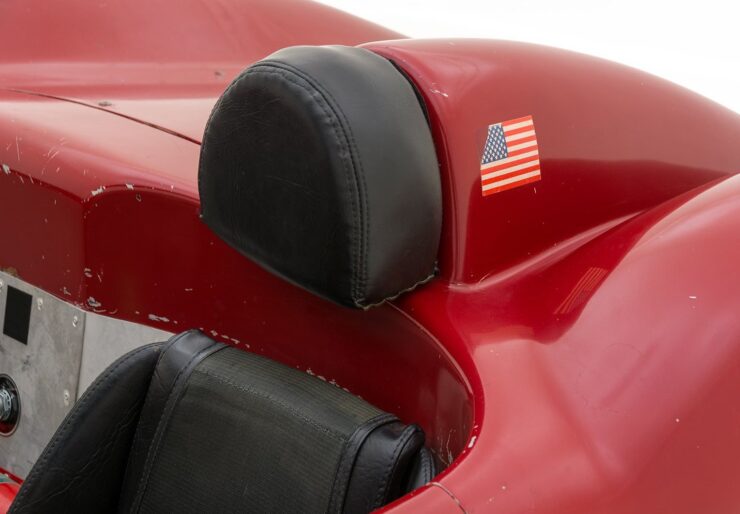 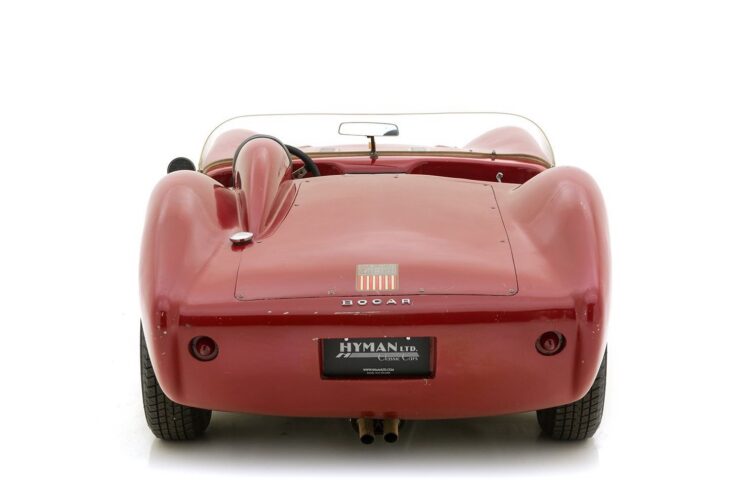 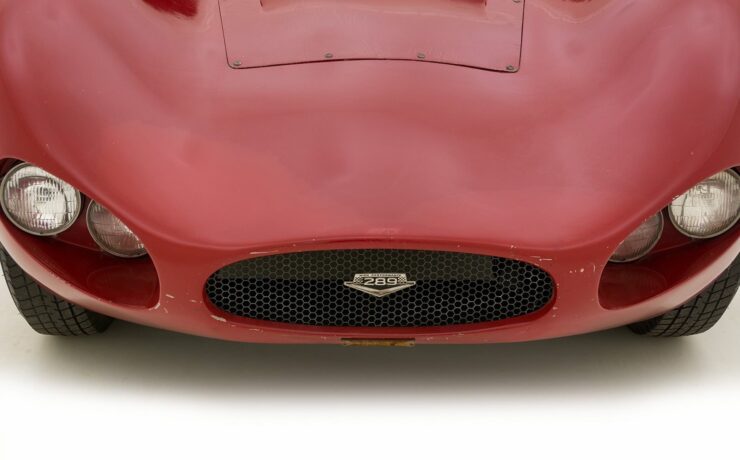 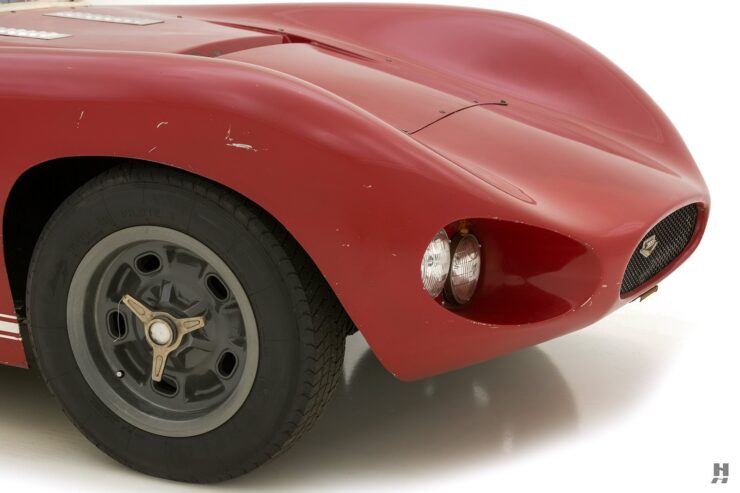 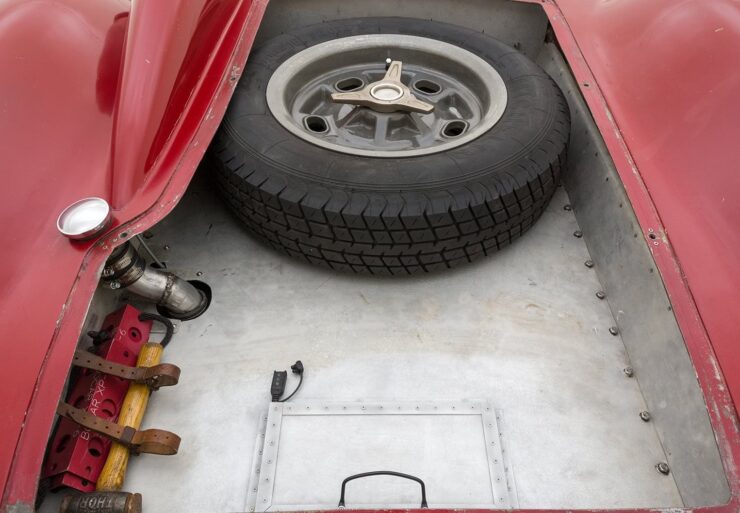 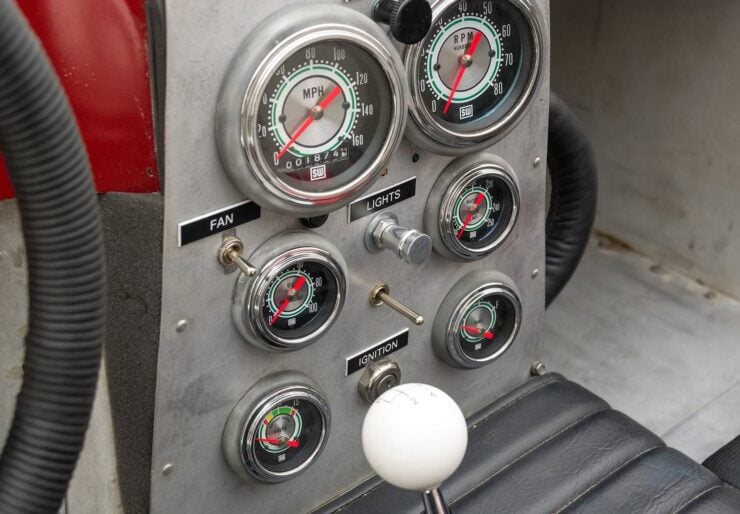 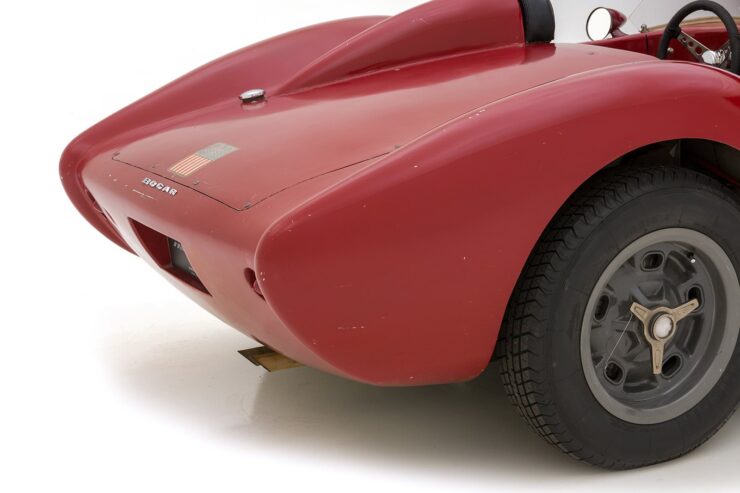 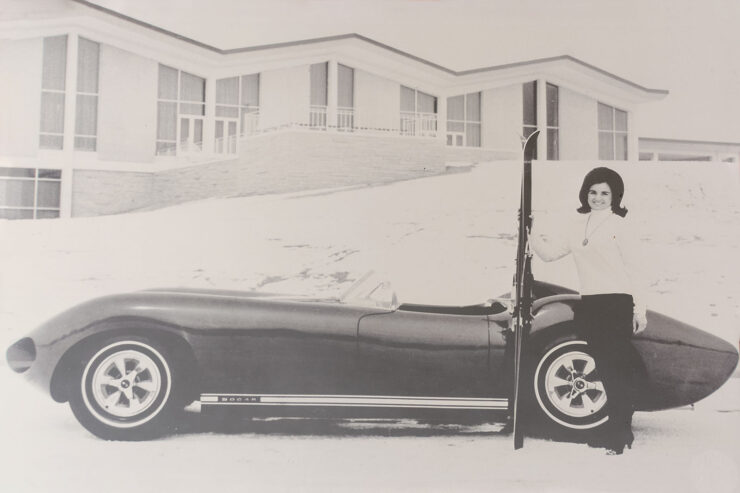