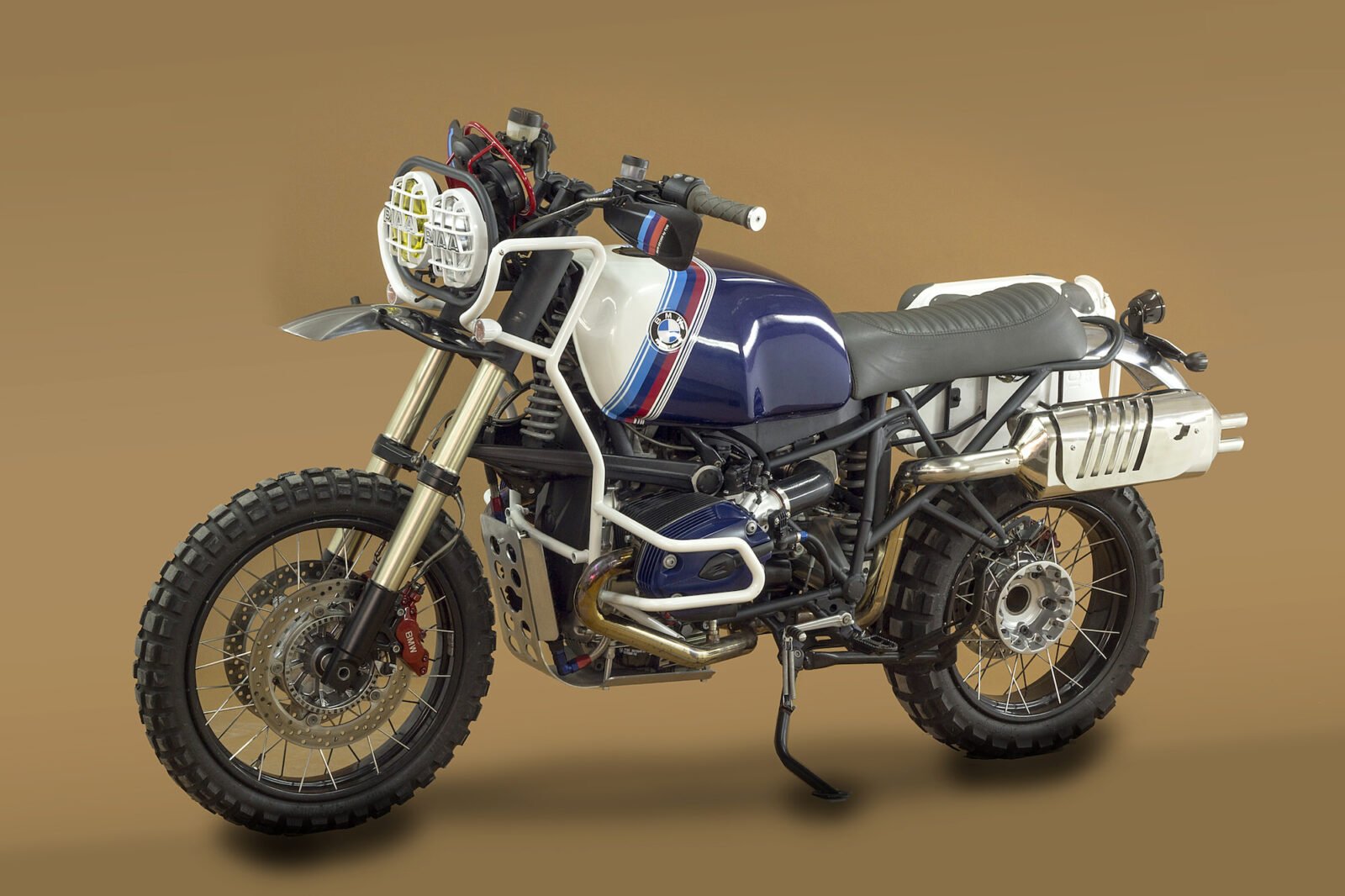 The BMW R1200GS has been the best selling motorcycle from German marque for years now, over 100,000 have been made since its introduction and many credit it with being the godfather of the modern adventure touring motorcycle genre.

Perhaps most famously the GS-series was chosen by Ewan McGregor and Charley Boorman for their Long Way Down mini series, with the two men piloting their BMWs from John o’ Groats in Scotland through 18 countries all the way to Cape Town in South Africa.

The two men hadn’t settled on whether to use KTMs or BMWs in the series, but KTM declined to support them whereas BMW did – the rest is history and today the GS series is the most ubiquitous adventure touring motorcycle in the world. I sometimes wonder if the KTM executive who declined McGregor and Boorman is in any way related to the Decca Records executive who turned down the Beatles in 1962 – right before they shot to stardom.

BMW designed the R1200GS to be simple and as rugged as possible. Power is provided by an 1170cc, 2-cylinder boxer engine with 4-valves per cylinder and a power output of 100 hp – and up to 125 hp on the more recent models.

Power is sent to the rear wheels by way of an enclosed shaft-drive, with a single-sided swing arm and paralever rear suspension. The front suspension is a Telelever fork, designed to improve stability during cornering and braking. The telelever fork contains oil but no springs – the spring function is achieved via a monoshock attached to a telelever wishbone.

The staggering popularity of the BMW R1200GS means that there are a lot of them around, and plenty on the secondhand market – many still going strong with well over 200,000 kms on the clock. 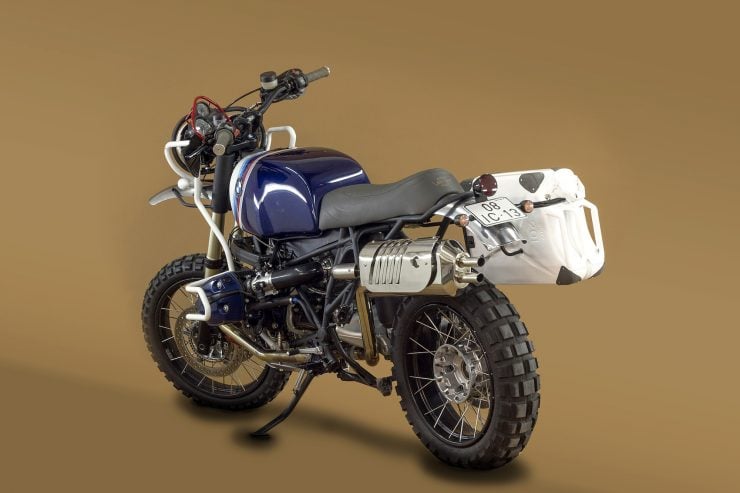 The custom you see here by Ton-Up Garage based out of Portugal started out as a standard secondhand R1200GS – but it didn’t stay that way for long. The team planned to build it for the Scram Africa, an annual adventure ride through North Africa organised by Fuel Motorcycles. Sadly life got in the way, so the Spanish R1200GS hasn’t yet seen the sand of the Sahara.

Perhaps the most noticeable change made to the bike was the addition of a modified BMW R80 fuel tank,  it need to be rebuilt underneath to accommodate the fuel pump and different frame – and the stock ABS system was removed to make additional room.

A new electrics box was fabricated, and the new battery was housed inside with all the rest of the usual suspects. The rear sub-frame was rebuilt to accommodate the new seat, and a jerry can mount was fabricated on the righthand side to allow the rider to carry a little additional fuel (or water). The front and rear mud guards were shaped from aluminium, and a new front section was built to take the twin PIAA headlights.

The completed bike is a retrotastic adventure BMW with genuine off-road chops, and it’s currently for sale by Ton-Up Garage. If you’d like to read more about it you can click here to visit the listing. 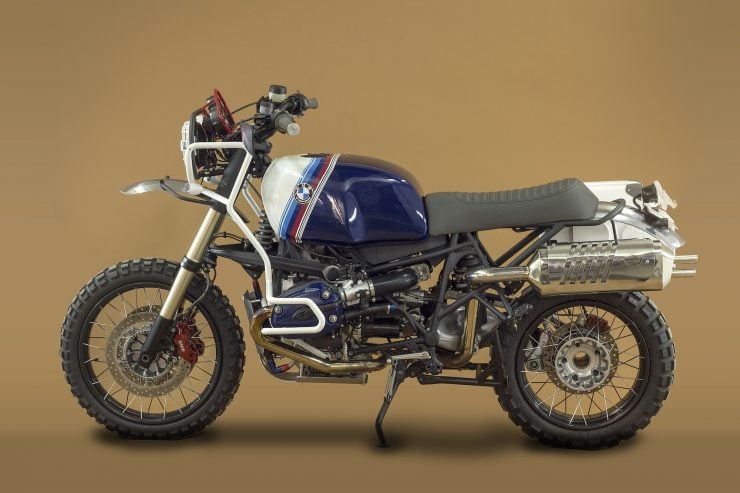 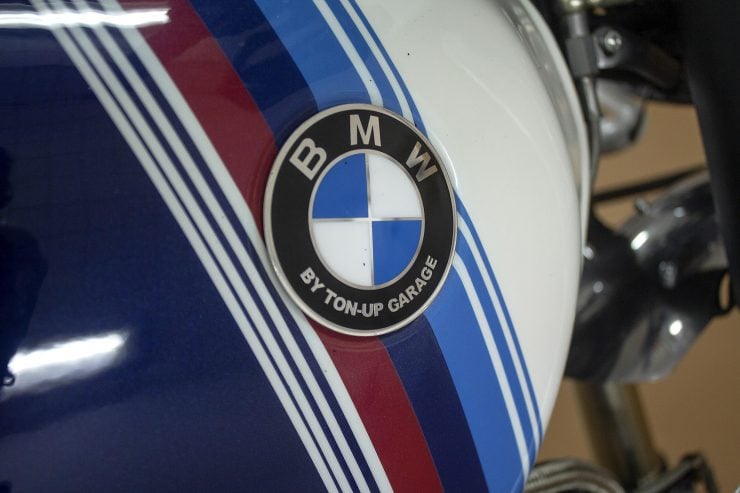 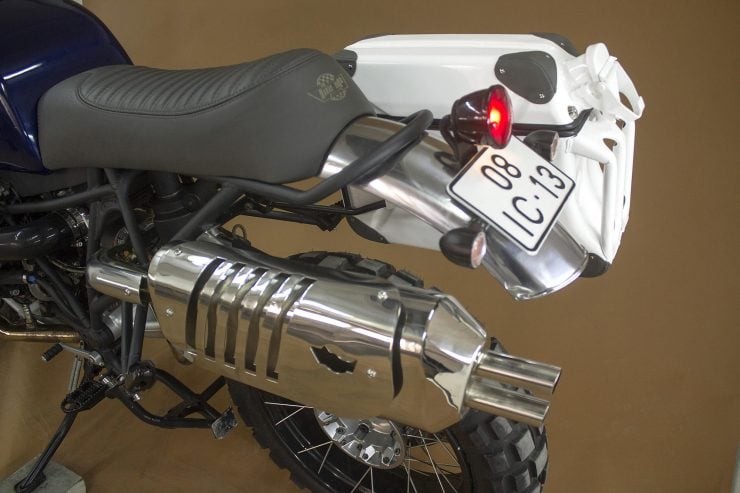 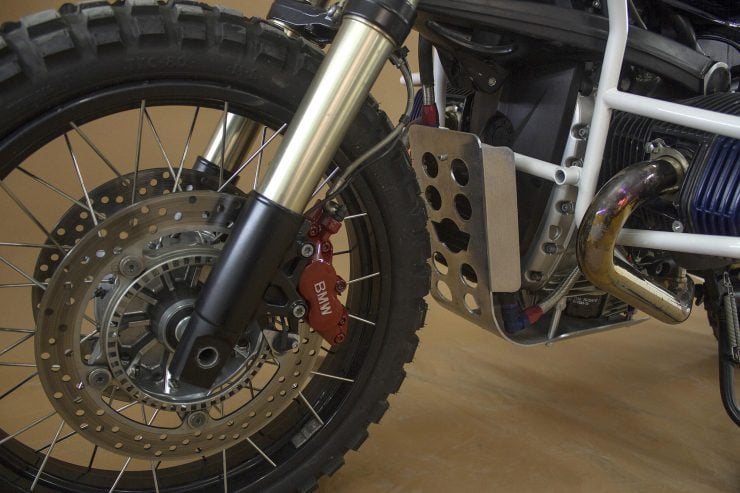 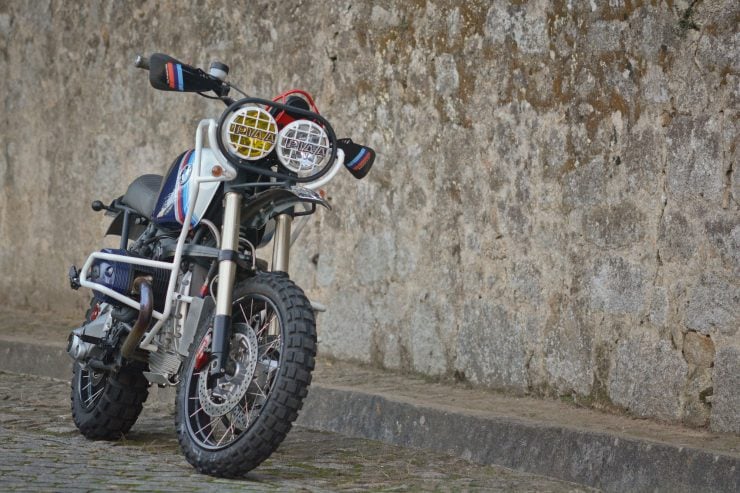 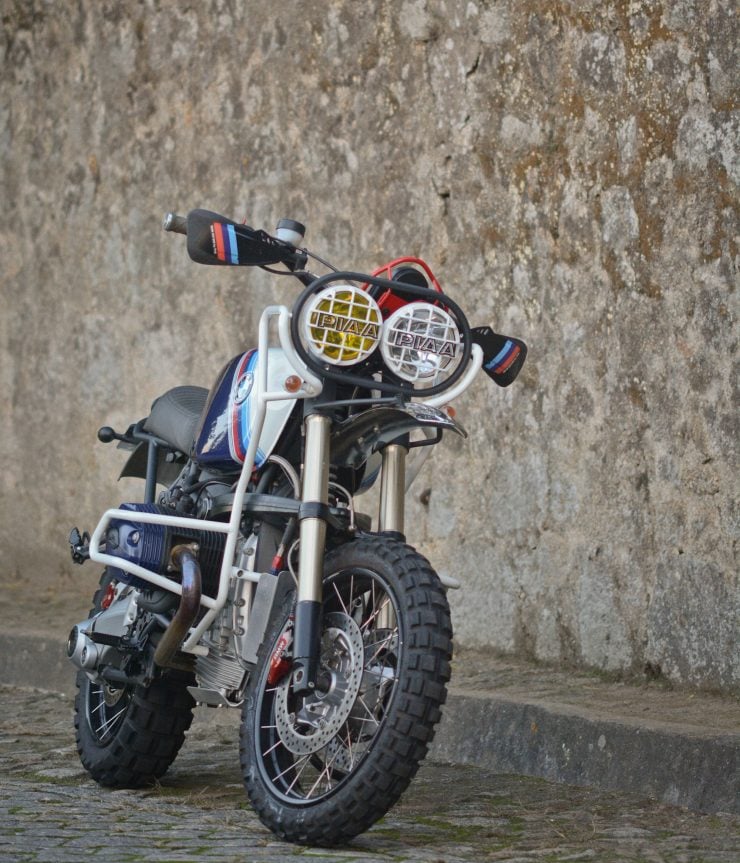 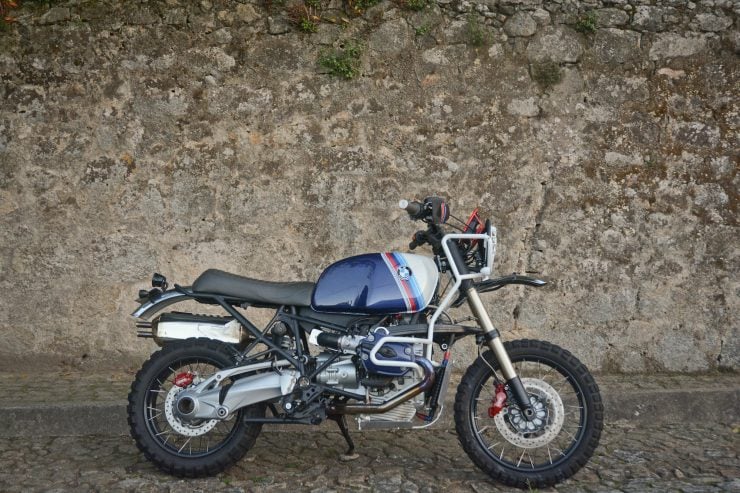 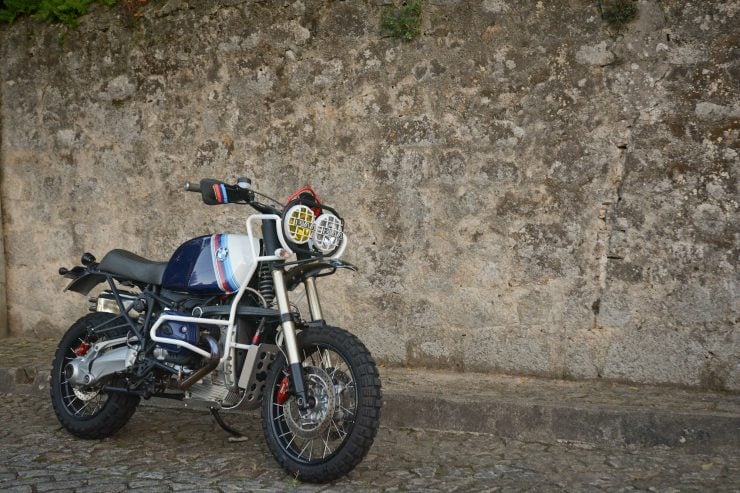 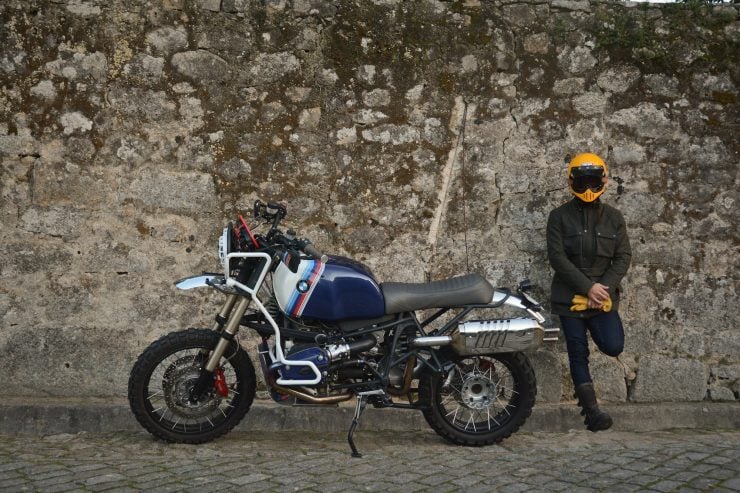 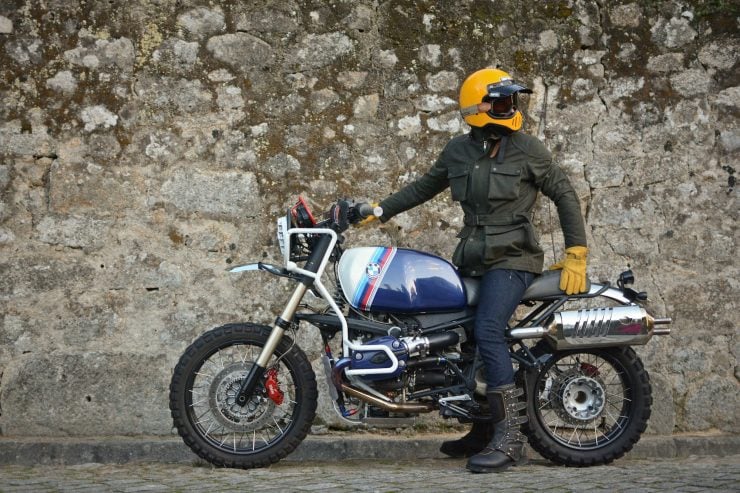 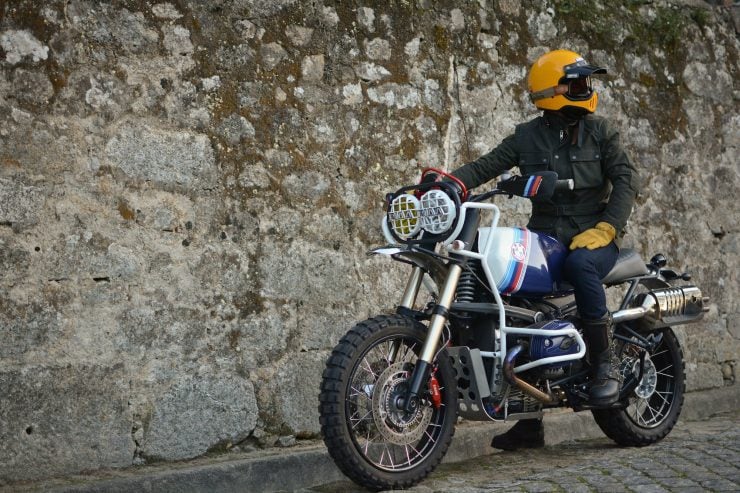 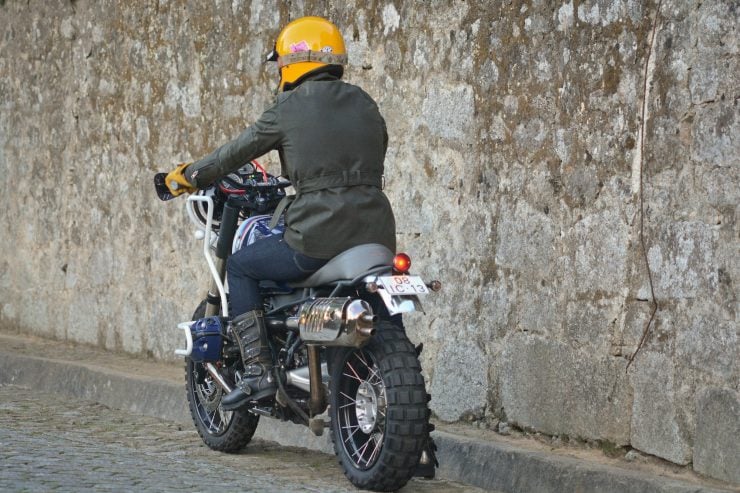 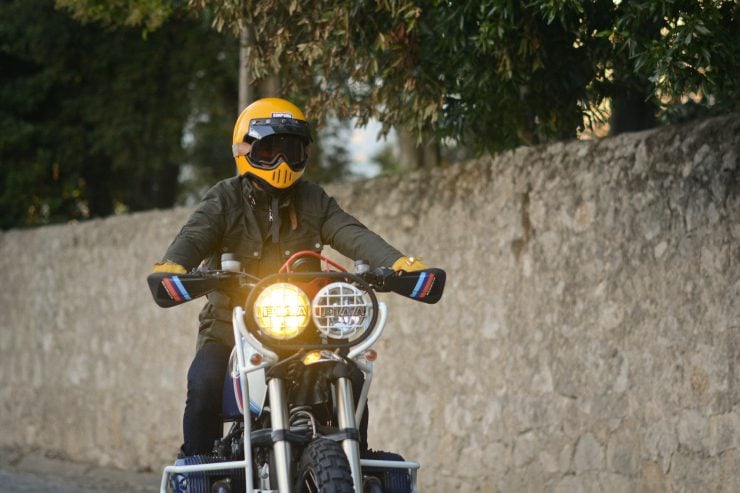 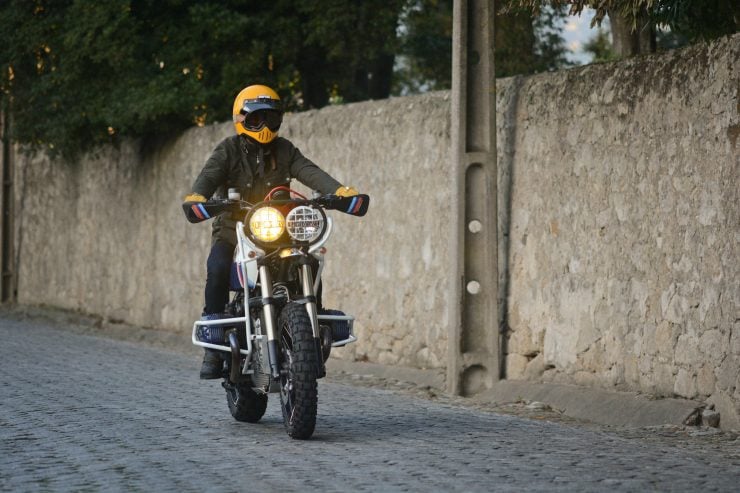 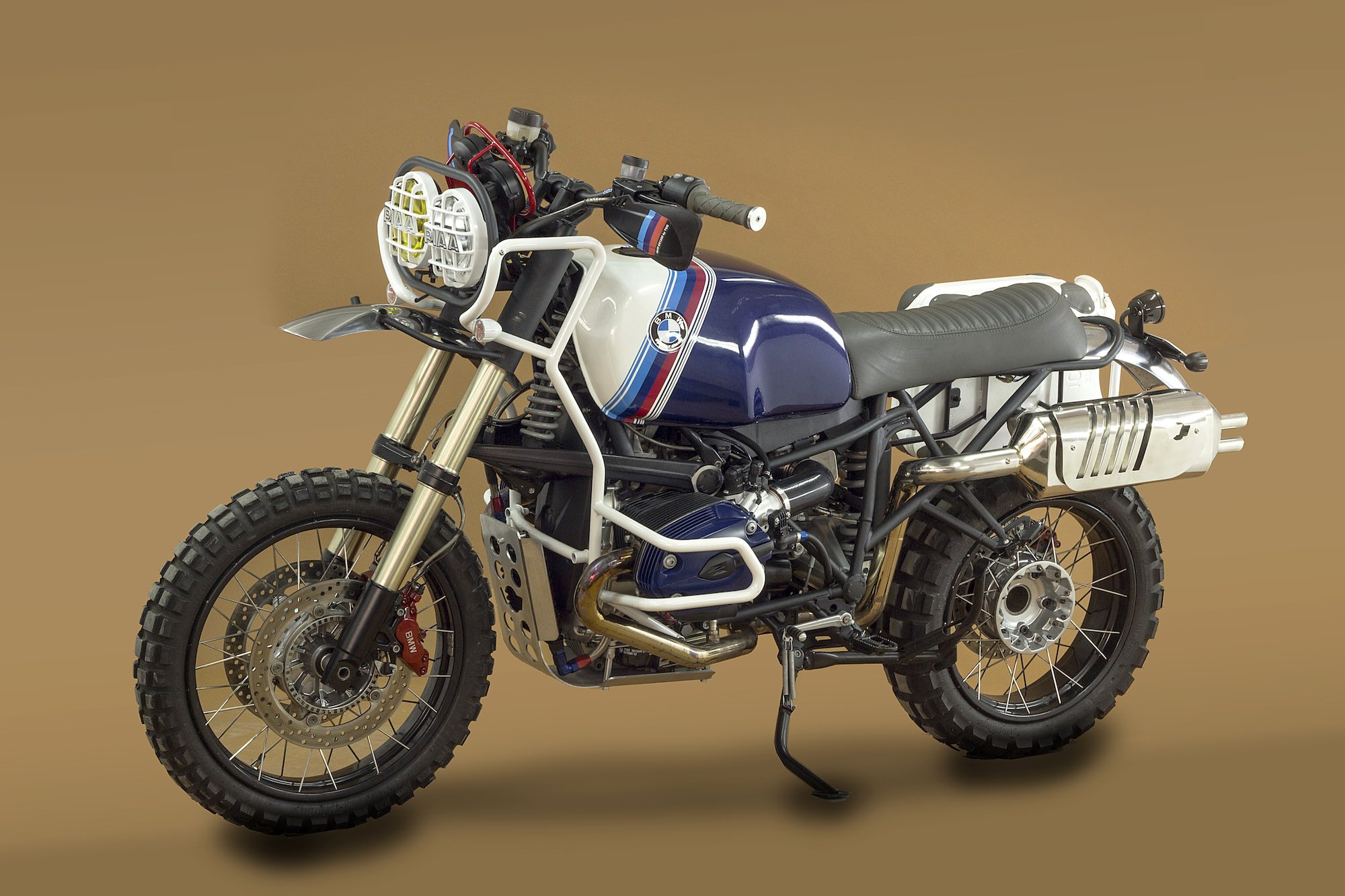