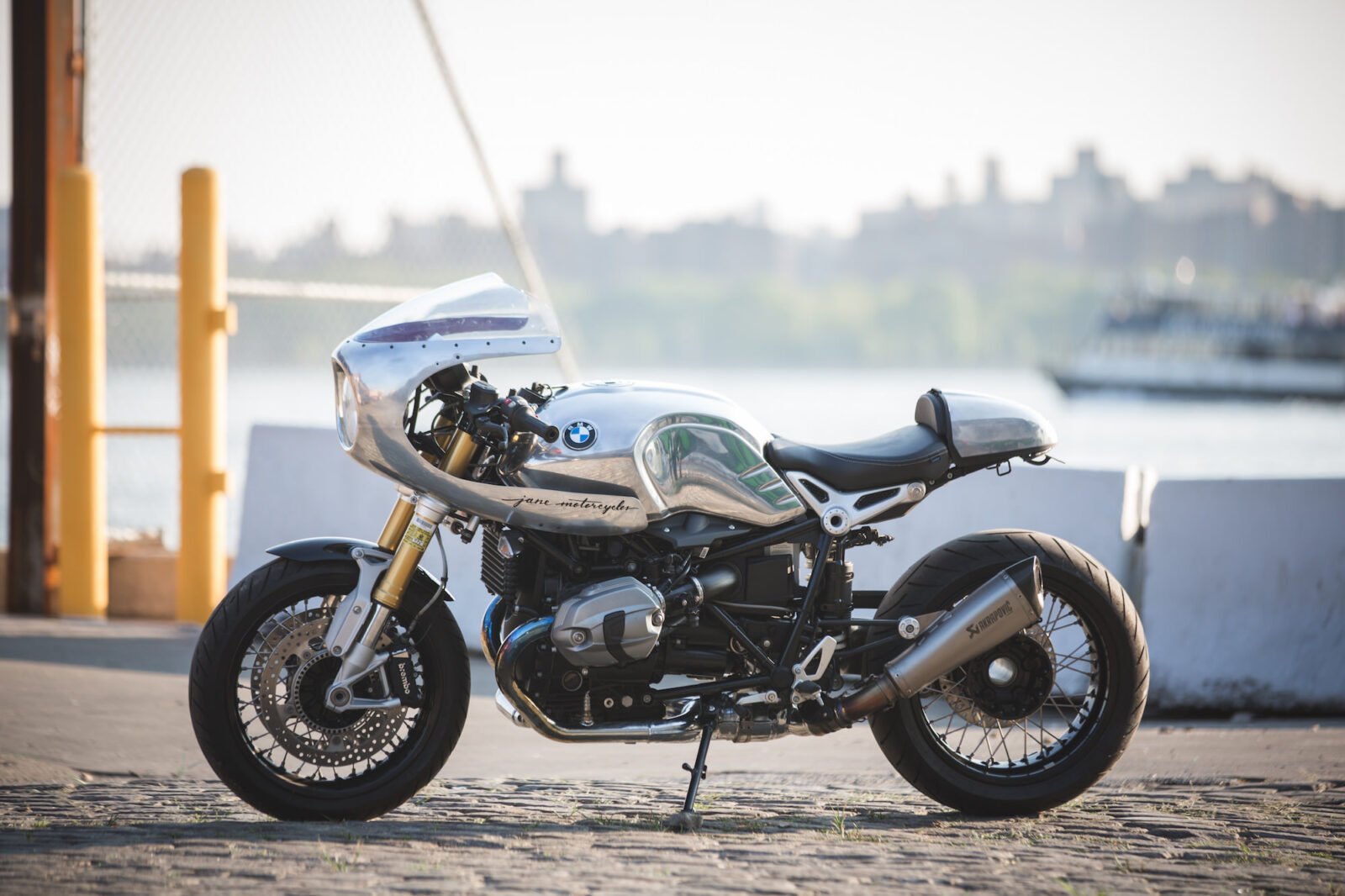 JANE Motorcycles is the brainchild of Adam Kallen and Alex DiMattio, the men have been friends for years and they share a passion for motorcycles, coffee and good menswear. They started the cafe/store/garage in 2013 and it’s quickly become one of Brooklyn’s most popular stores, they count Bill Murray and David Beckham amongst their clientele, as well as every other fan of caffeine and gasoline within a 100 mile radius.

The BMW R nineT you see here is their latest custom, after discovering that most of the metal work on the stock bike was aluminium they decided to strip the paint off and polish it up.

A custom fairing was handmade by Tim Harney and rather cleverly, he used the existing headlight and fuel tank mounting points to fit it, to avoid cutting or drilling into the frame unnecessarily.

A matching windshield was then made by Zero Gravity, a high-performance exhaust was sourced from Akrapovič and a minimal tail section was fabricated to keep the rear of the bike as uncluttered as possible.

The bike’s new owner rides in NYC and upstate so a set of adjustable clip-ons from ABM were sourced and fitted, they offer 2 inches of up-down travel which makes longer rides far more manageable and less of a strain on the wrists.

The completed bike is one of the nicest BMW R nineT customs we’ve seen since the model was released last year and it’s great to see the aluminium being brought to the forefront. If you’d like to see more from JANE Motorcycles you can click here to visit their official website. 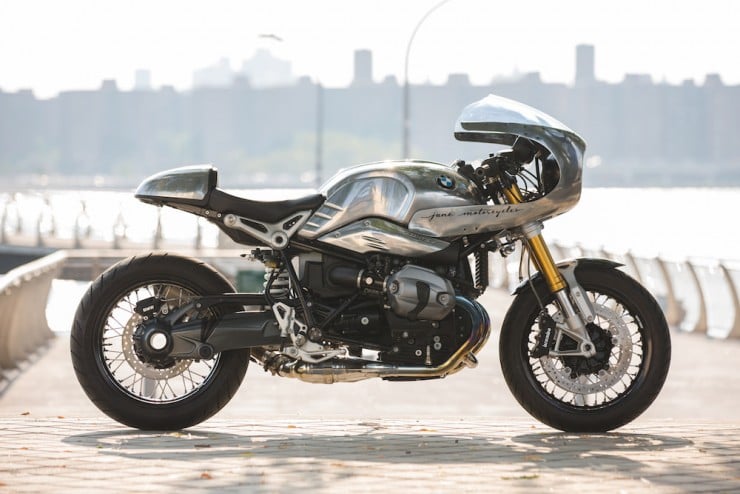 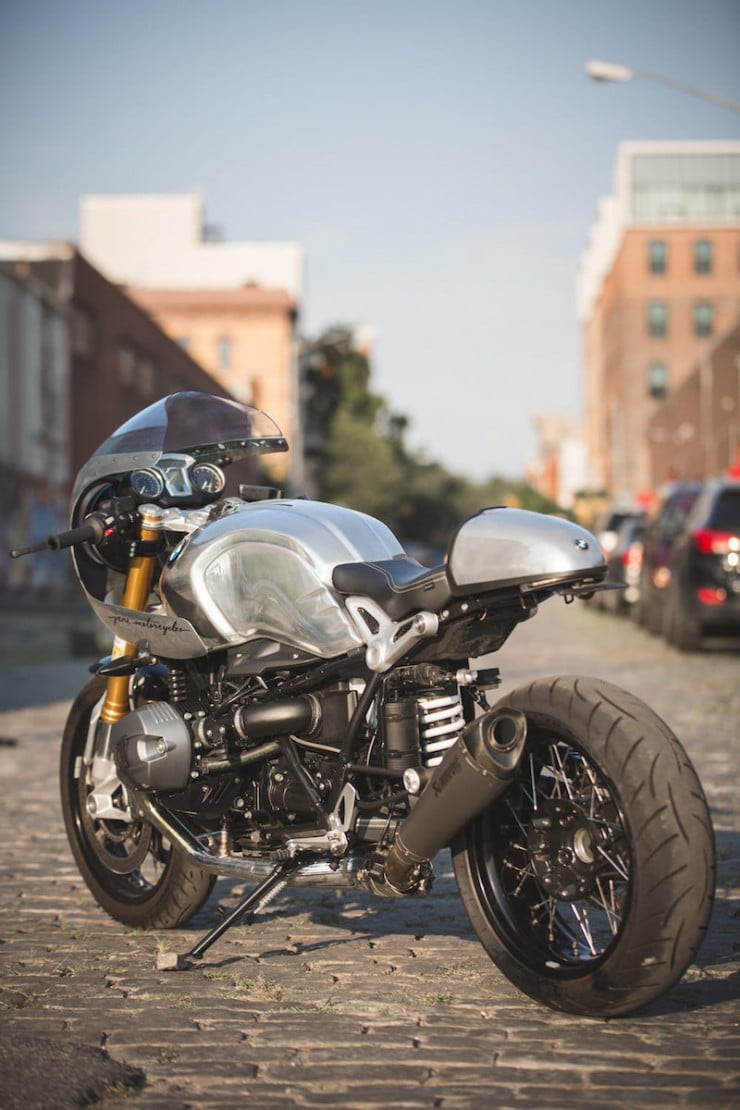 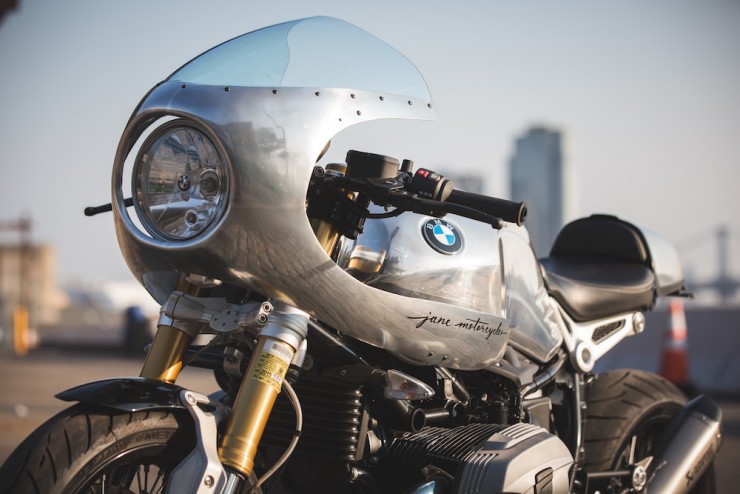 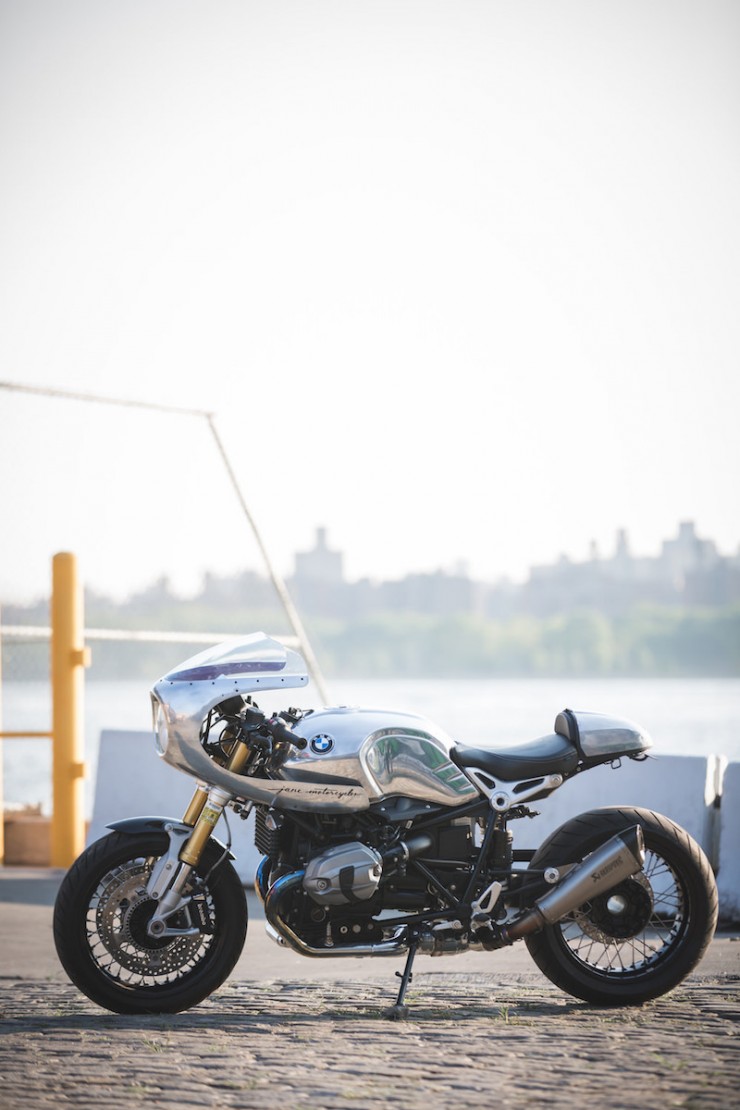 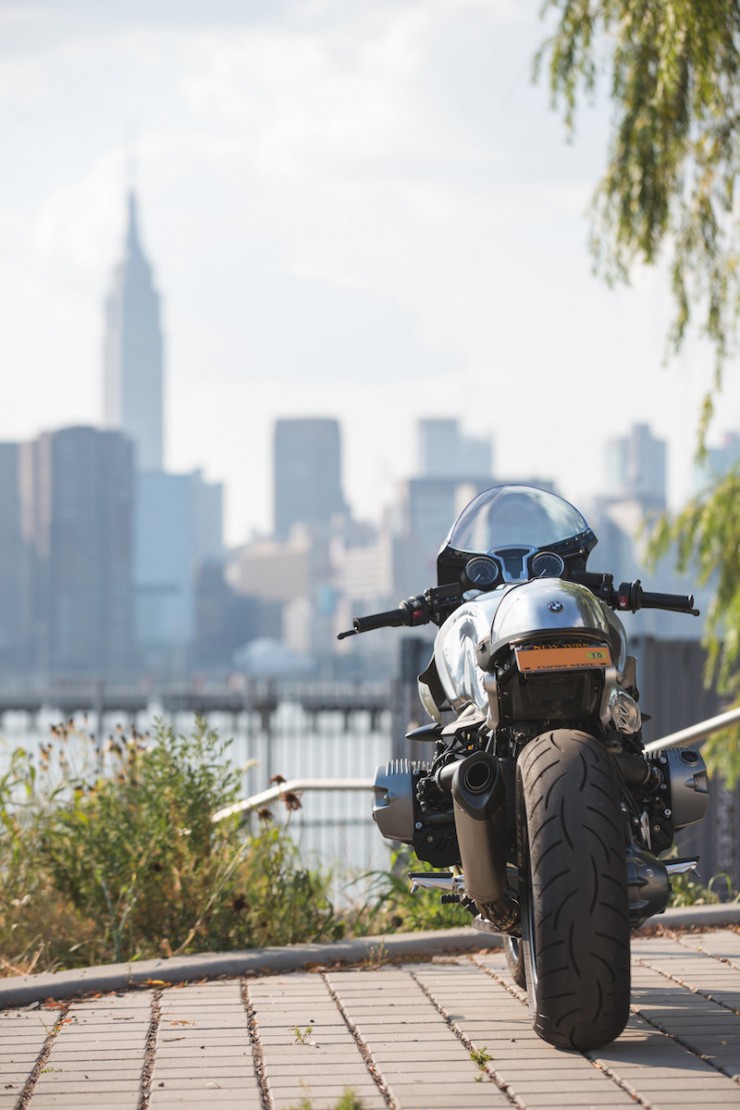 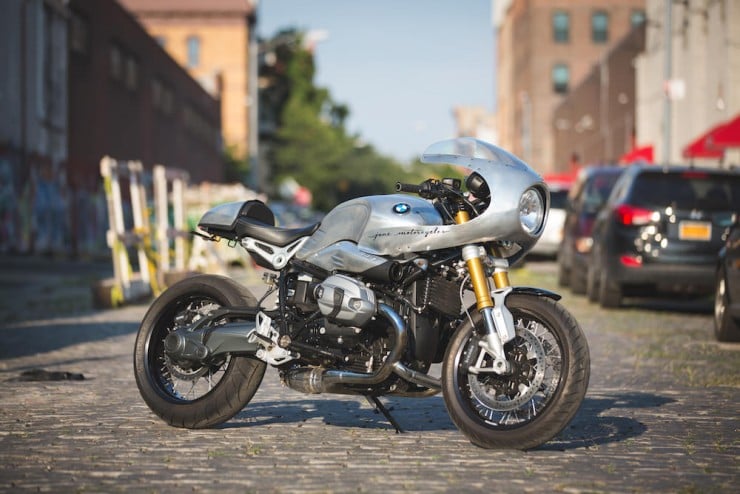 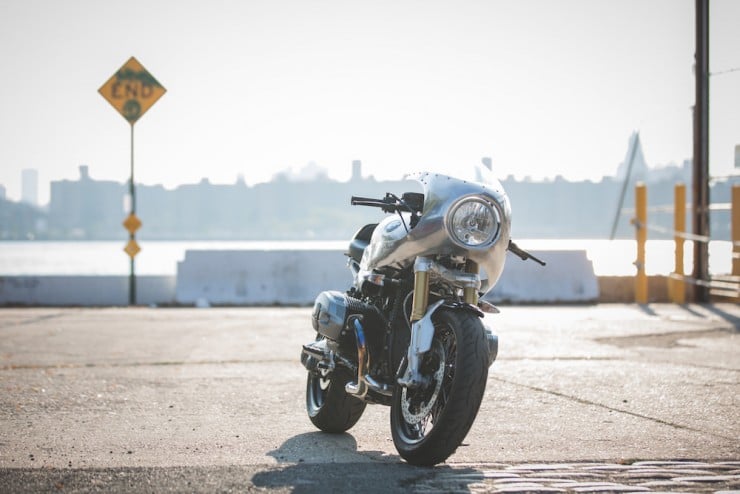 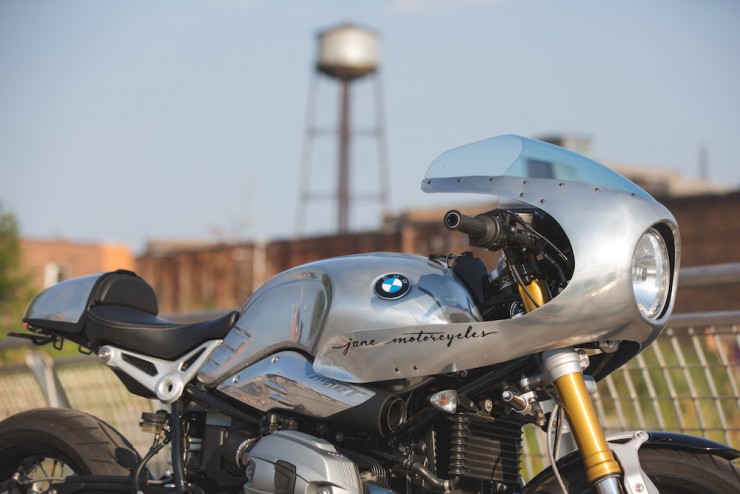 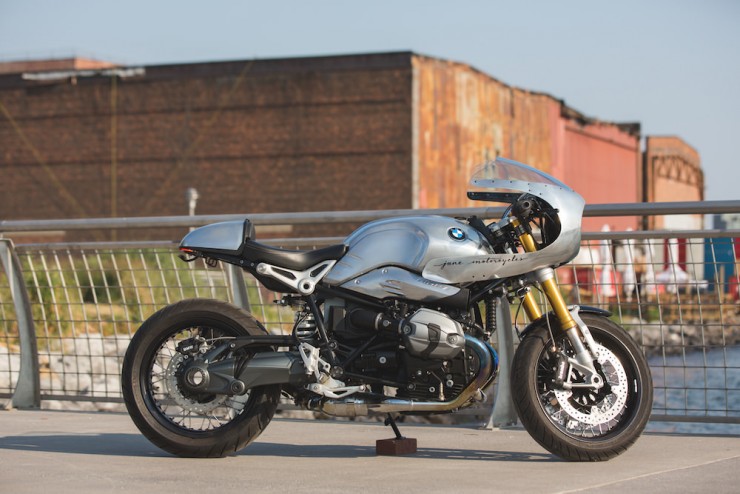 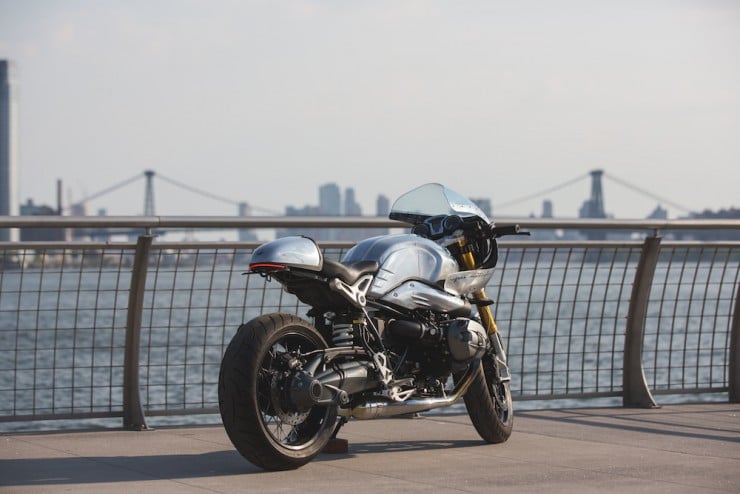 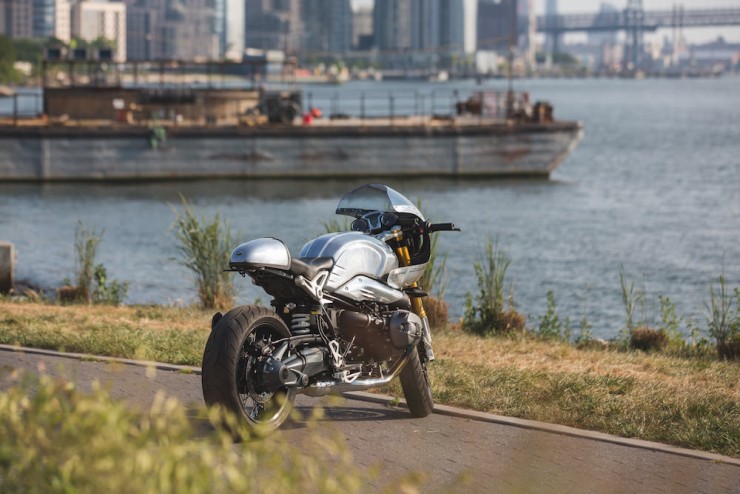 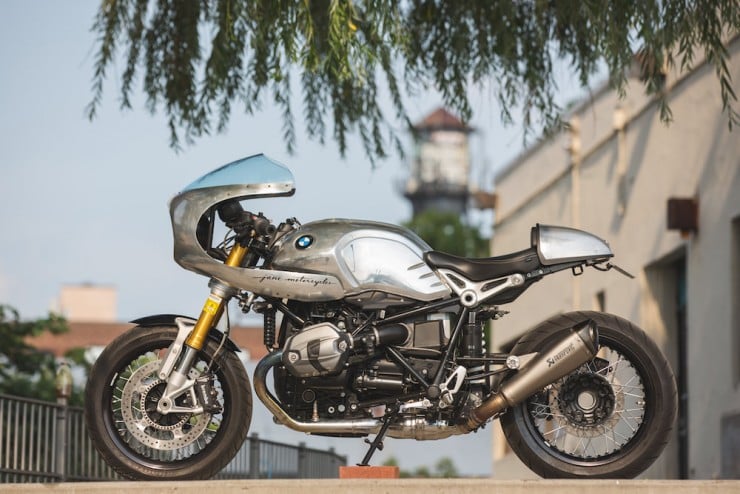 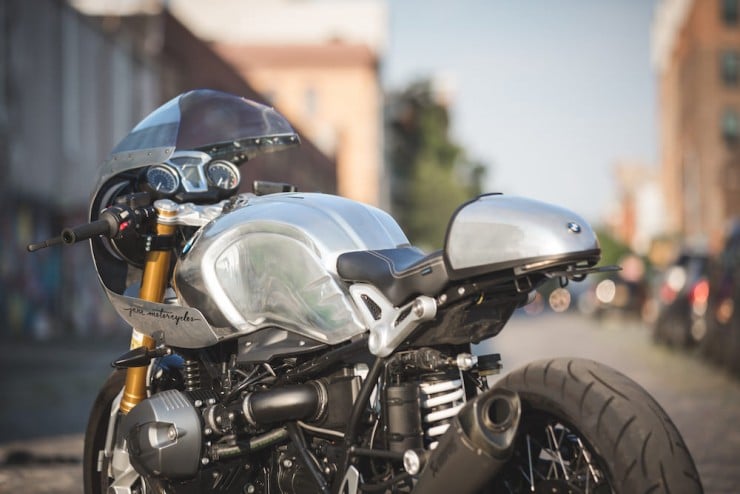 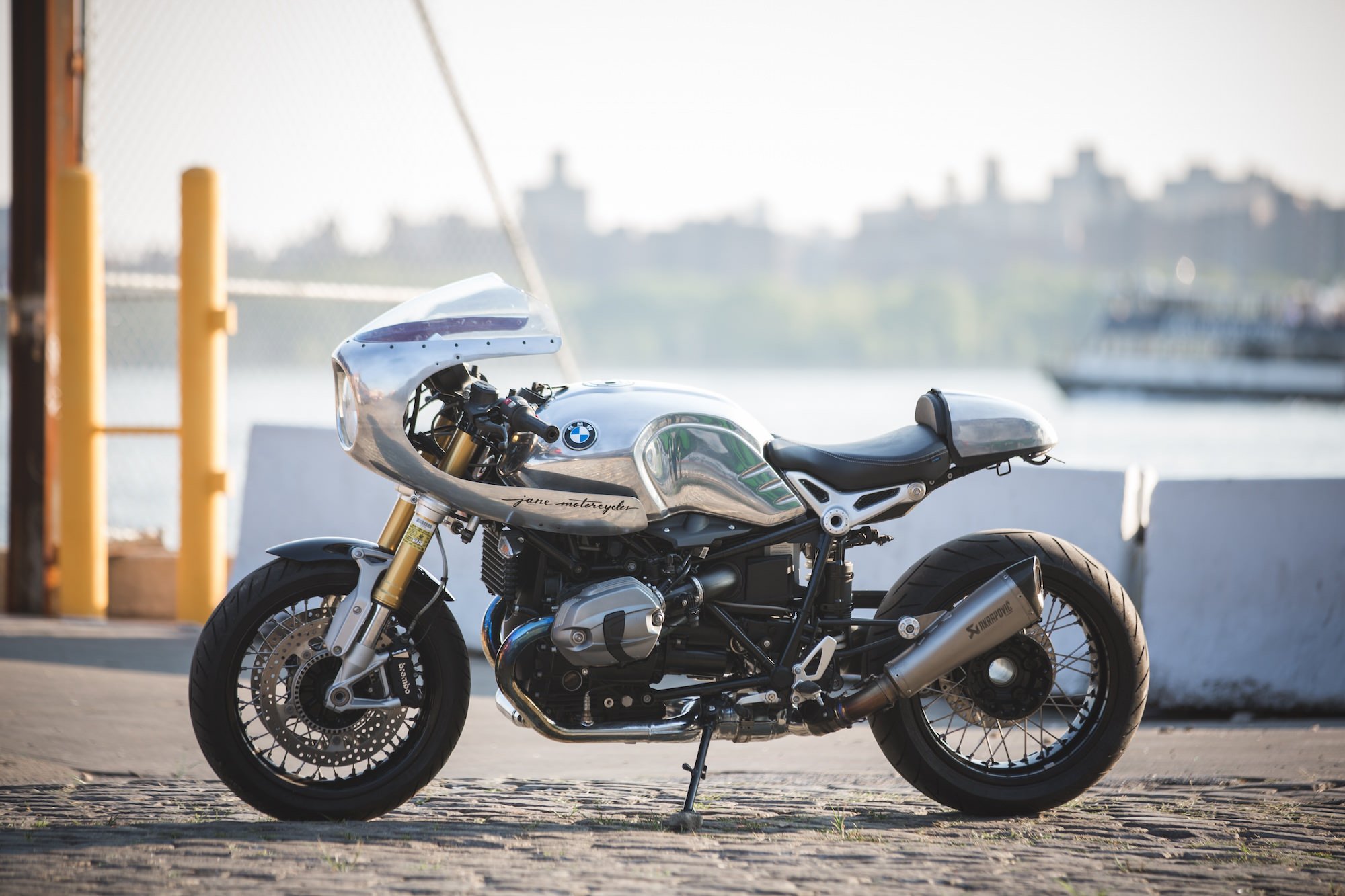