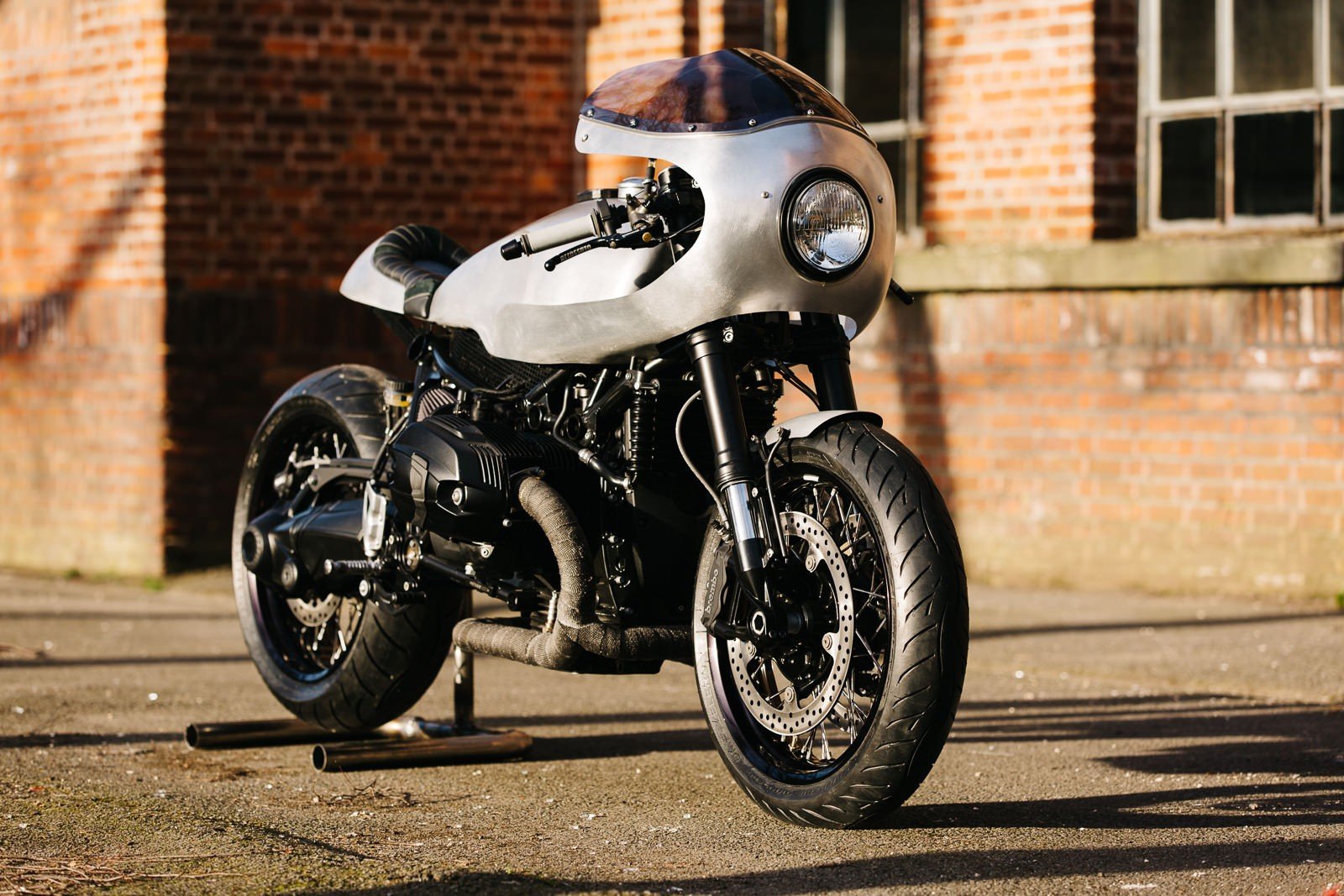 The BMW R nineT was released by BMW Motorrad in 2014 to target the rapidly expanding retro motorcycle market, the model is an interesting look back for BMW – a marque much more famous for its use of cutting edge technology in new models.

Although it resembles the boxer engines used in BMW motorcycle from the 80s, the power unit in the R nineT is a very modern air-cooled flat twin with twin camshafts and four radially aligned valves per cylinder, as well as a central balancer shaft.

The engine and main wiring looms are separate – a deliberate decision to make life easier for custom motorcycle builders.

Power is fed to the rear wheel via a constant mesh 6-speed gearbox with helical gear teeth and a maintenance free shaft drive, suspension is provided by modern upside-down forks up front and an adjustable monoshock in the rear. In order to make the bodywork as easy to customise as possible the rear subframe is bolt-on/bolt-off – with no angle grinder needed (although it seems a lot less fun this way).

The custom R nineT you’re looking at here is the work of MotoKouture, a Belgian motorcycle workshop know for their meticulously hand-fabricated bikes. This particular build is for a well-known artist (who requested to remain anonymous), he wanted an entirely unique bike based on the R nineT that would be almost impossible to copy, so the team at MotoKouture set about creating a mould from scratch.

The fuel tank and seat were initially created in clay, then sand cast in molten aluminium alloy. Once the metal had cooled, the mould was broken open and final finishing was completed. A matching fairing was then made from alloy using an English wheeling machine, and it was capped off with a tinted windshield.

In stock form the boxer twin fitted to the R nineT produces 110hp, in order to give this bike slightly longer legs for track use an open exhaust was made, a pair of K&N filters were added and the CDI was tweaked to boost the power to 142hp at the rear wheel.

The completed bike is almost certainly the quickest custom R nineT we’ve featured, it’s also a genuine one-off as the original mould was destroyed during the manufacturing process. If you’d like to see more from MotoKouture you can click here to visit their site (they have an English language version), and if you’d like to read more about the BMW R nineT you can click here to visit BMW Motorrad. 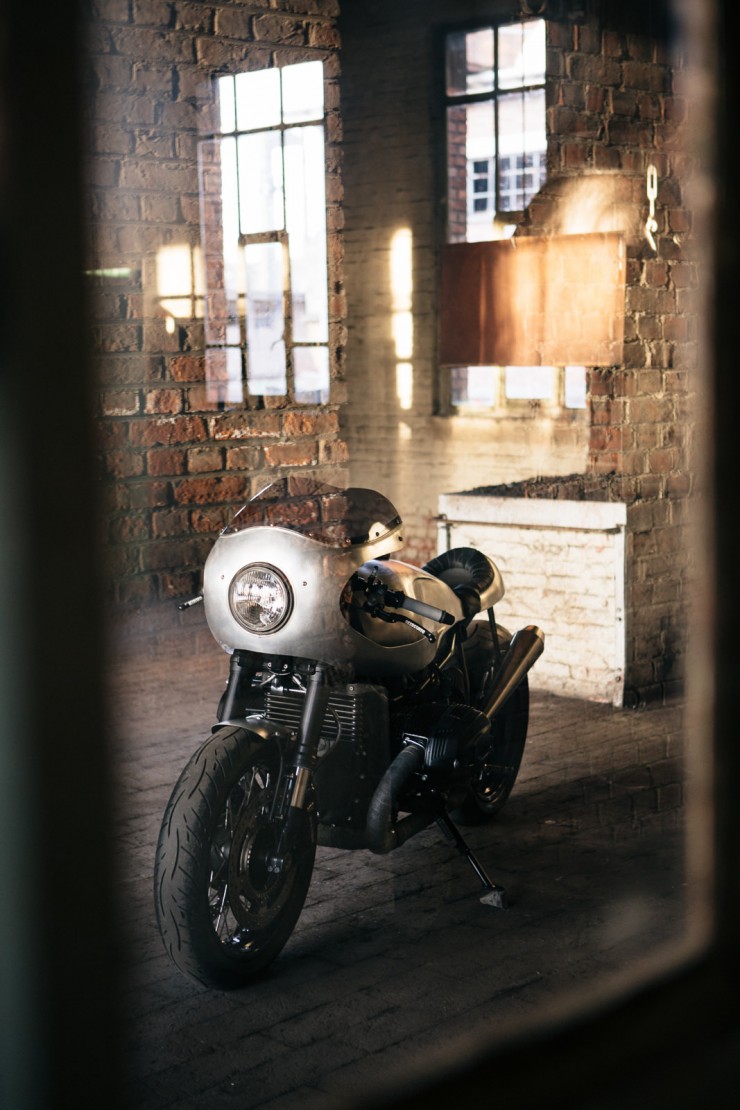 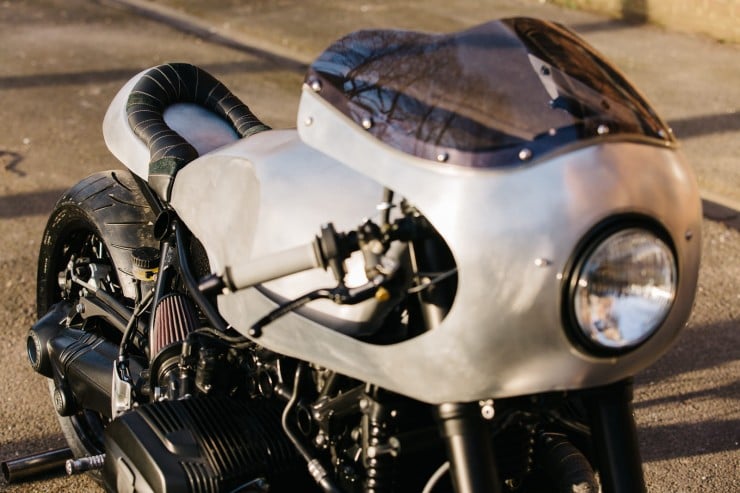 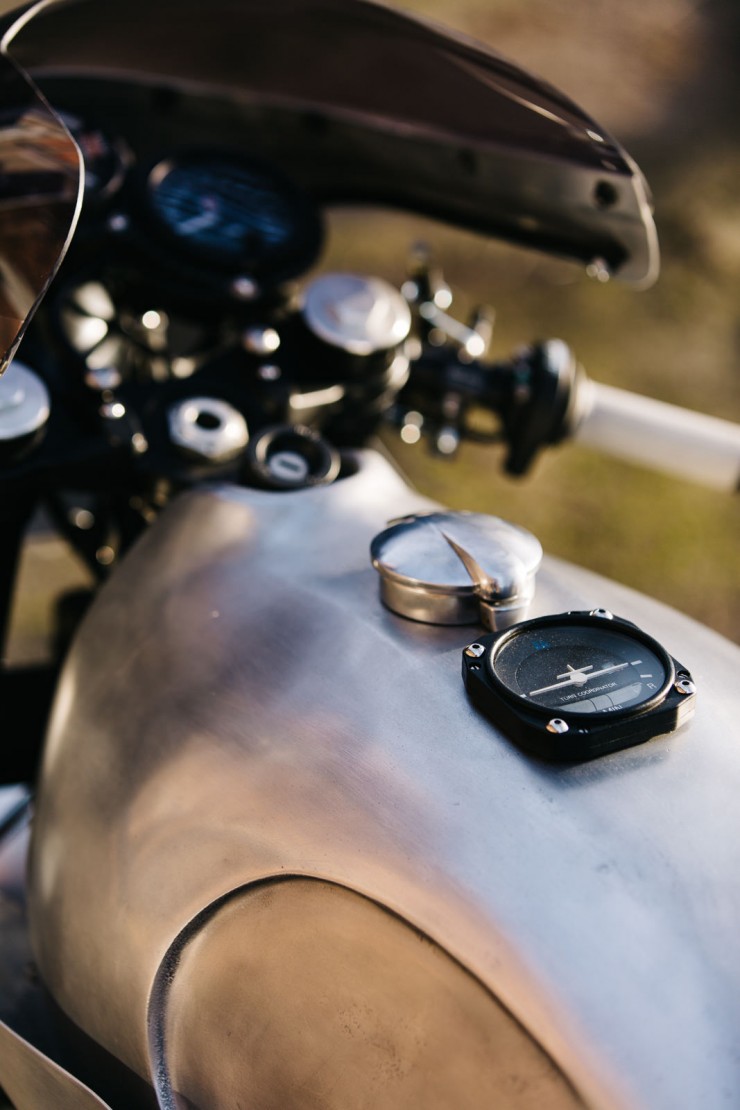 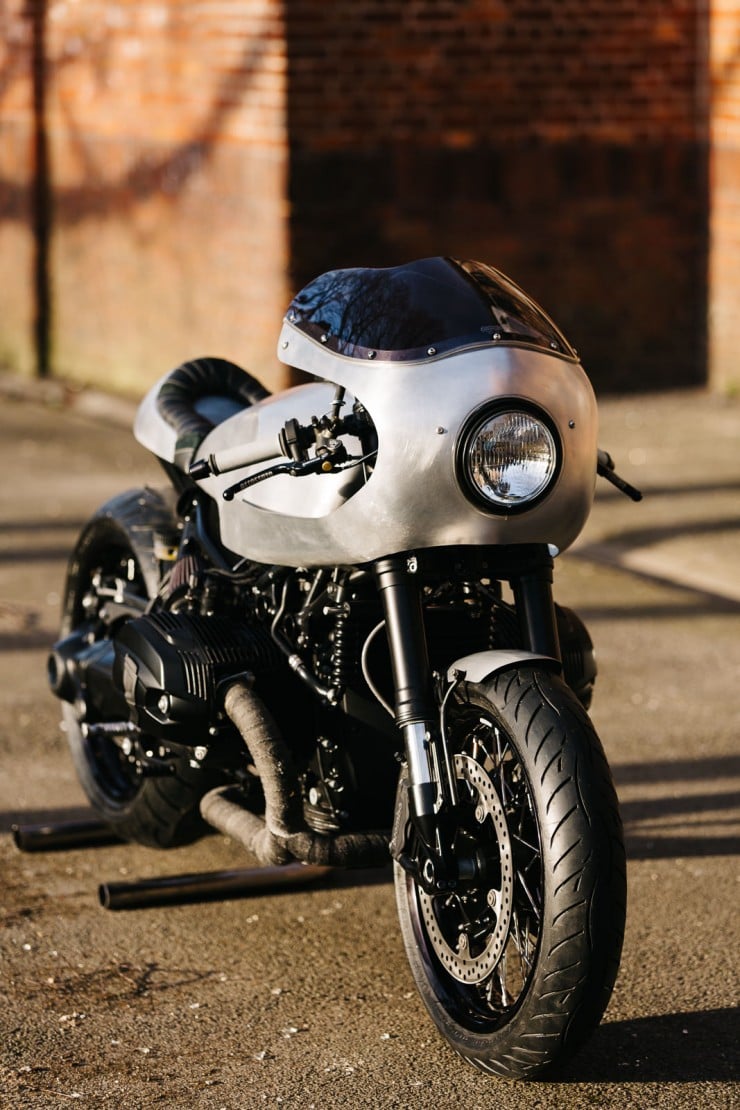 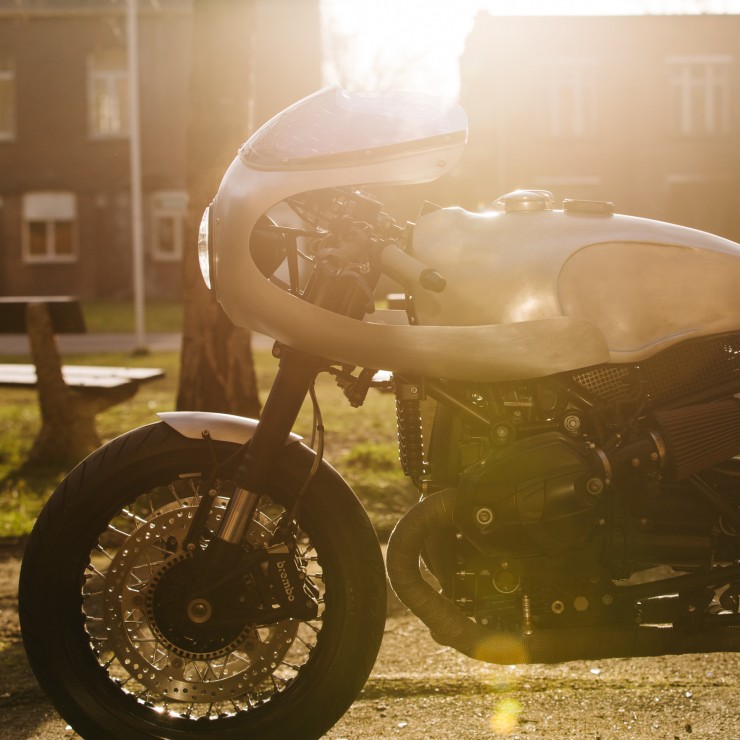 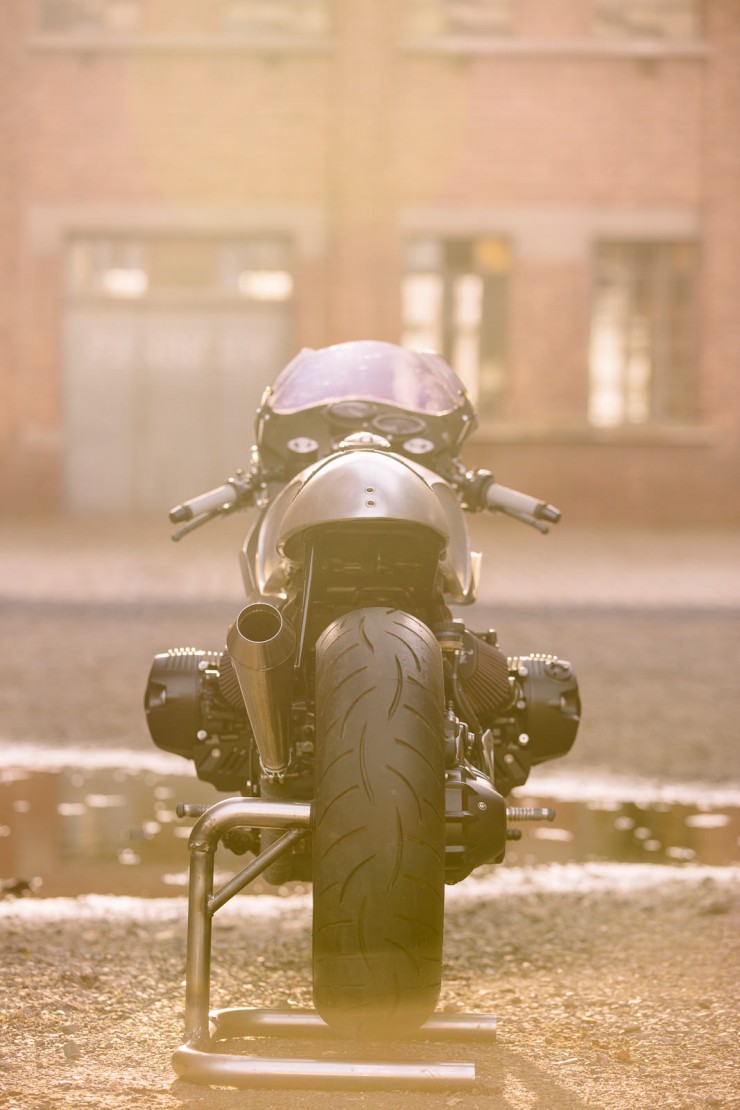 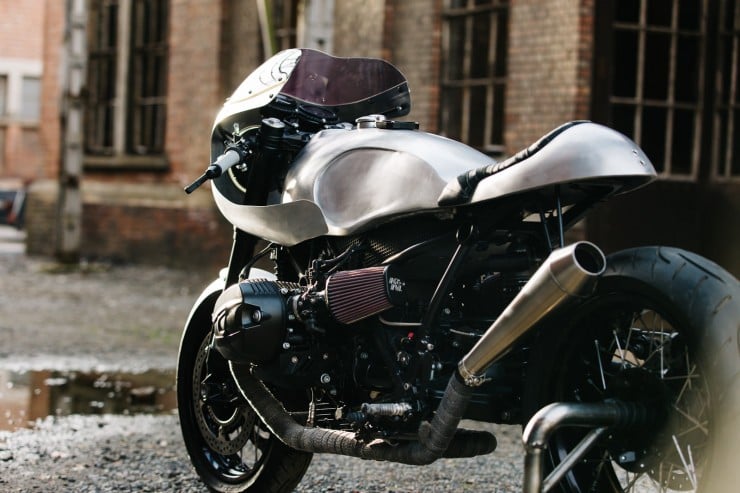 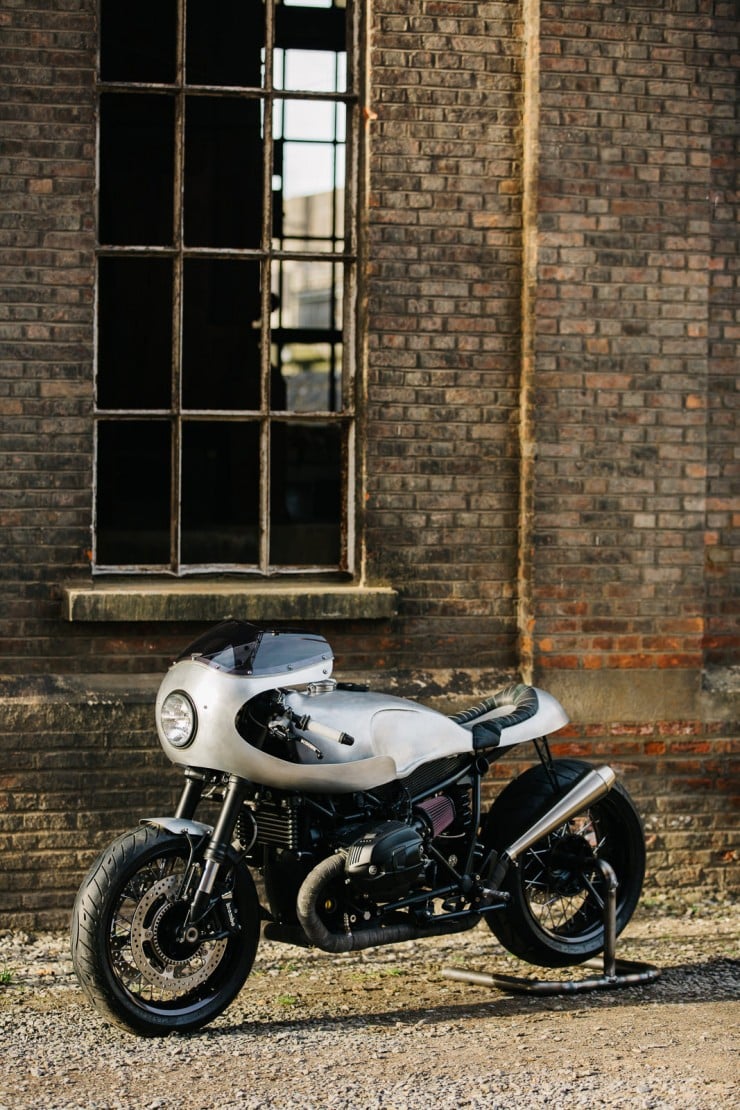 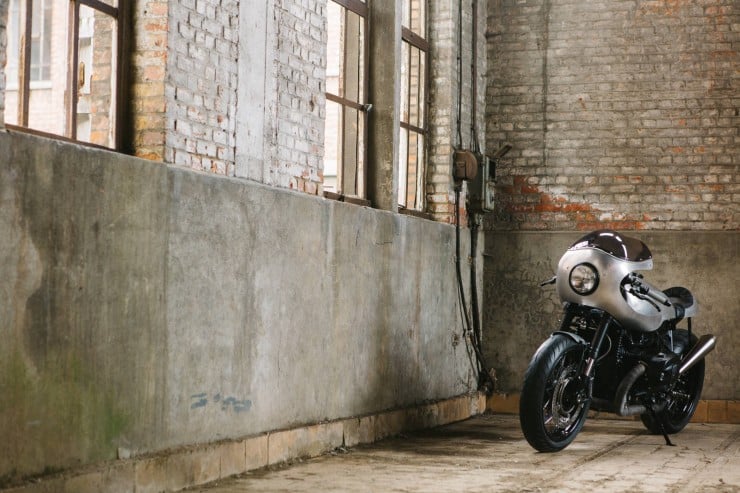 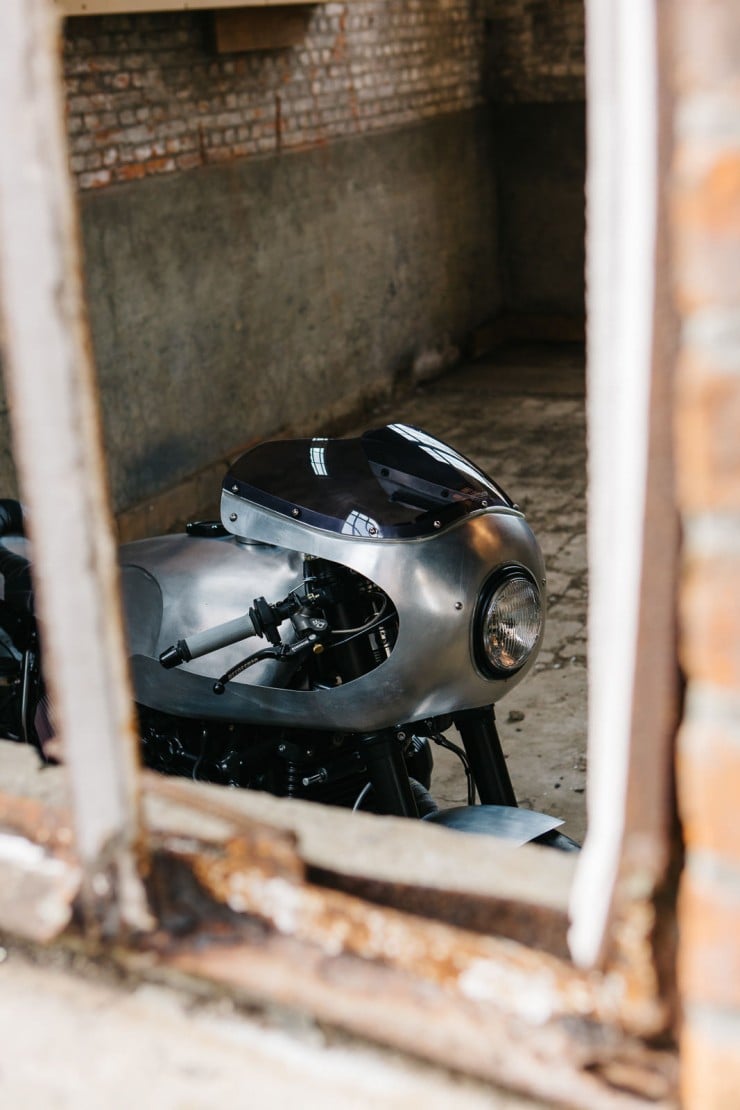 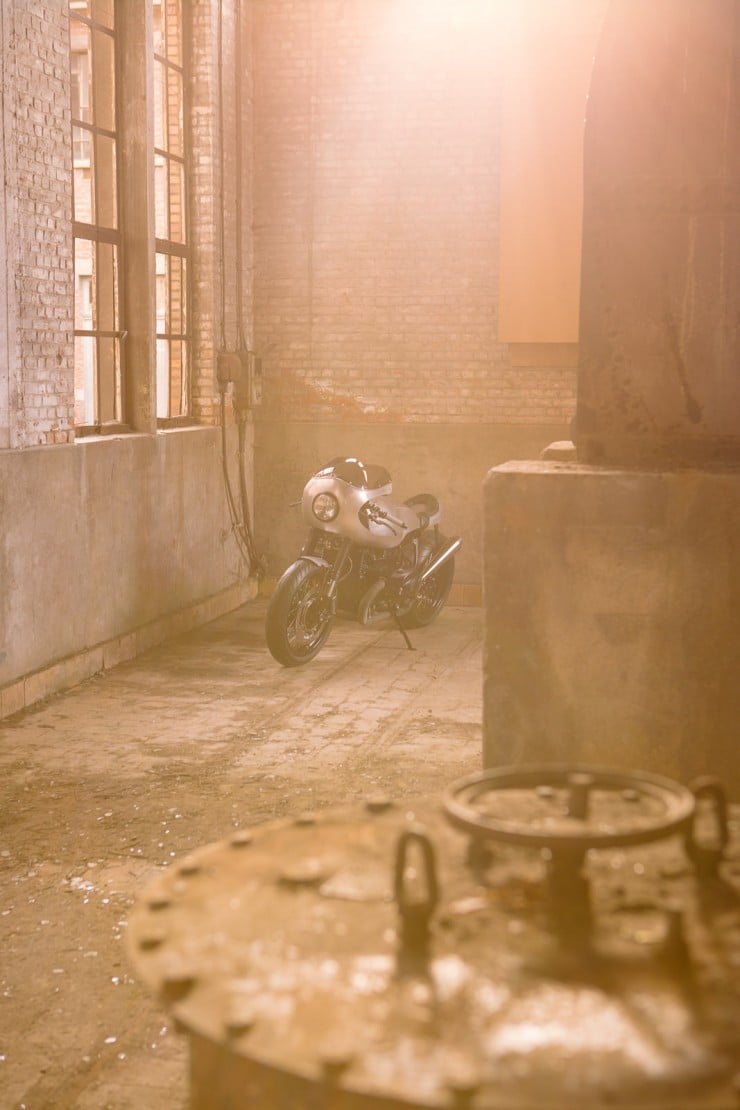 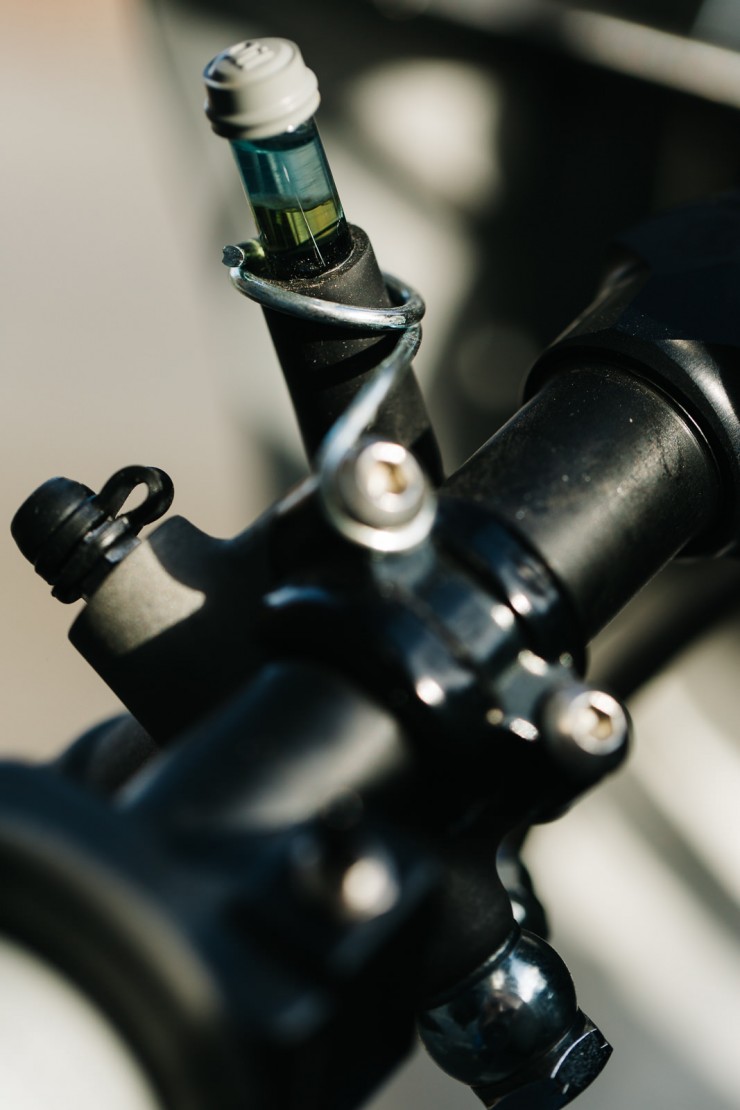 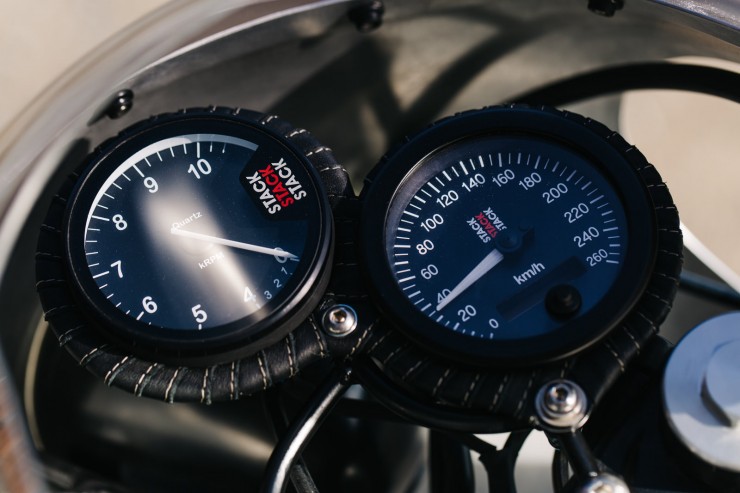 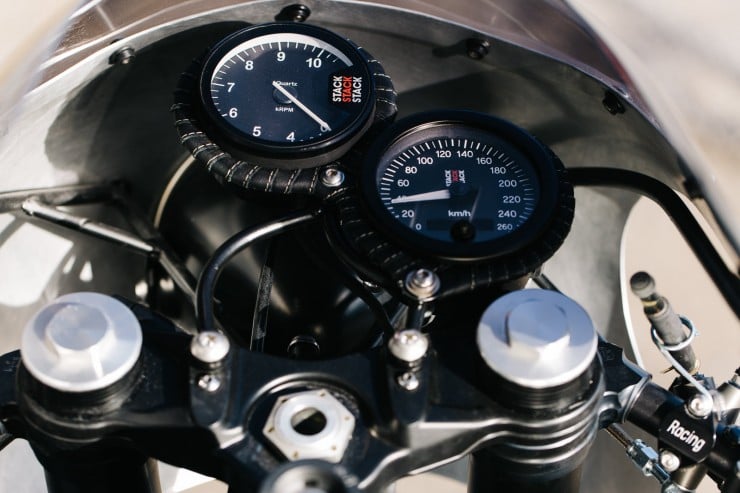 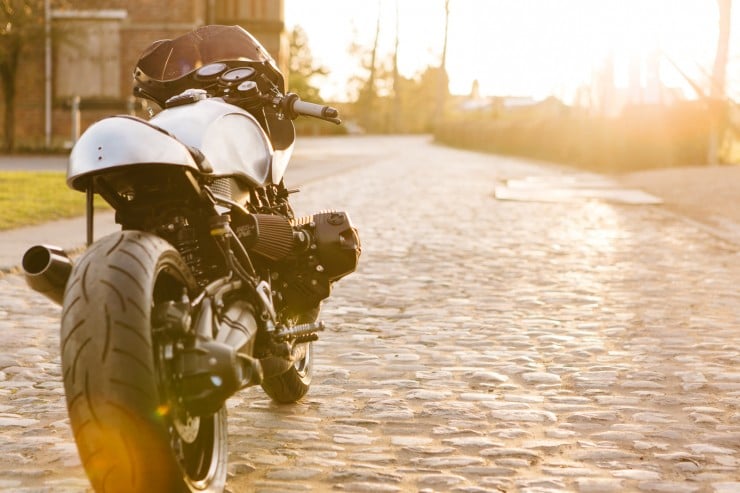 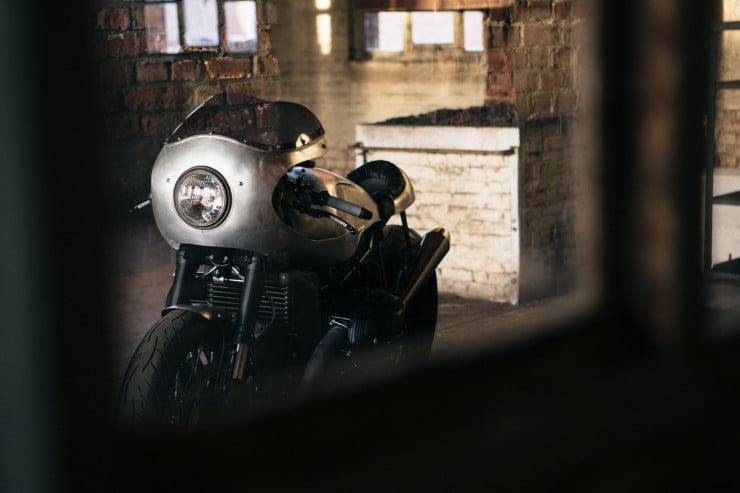 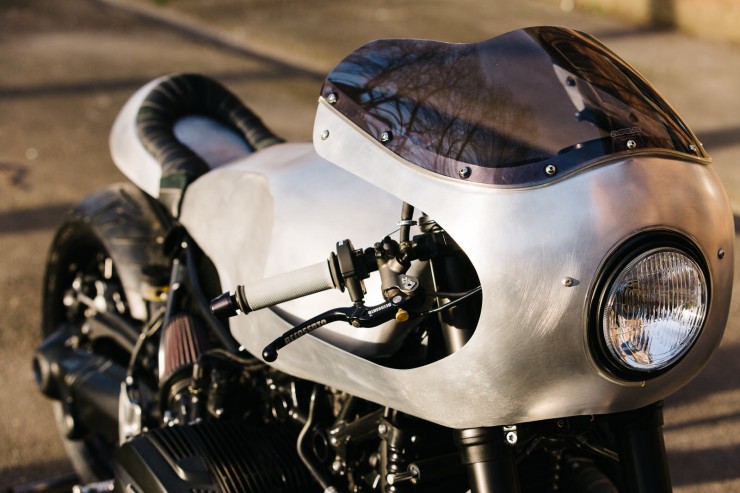 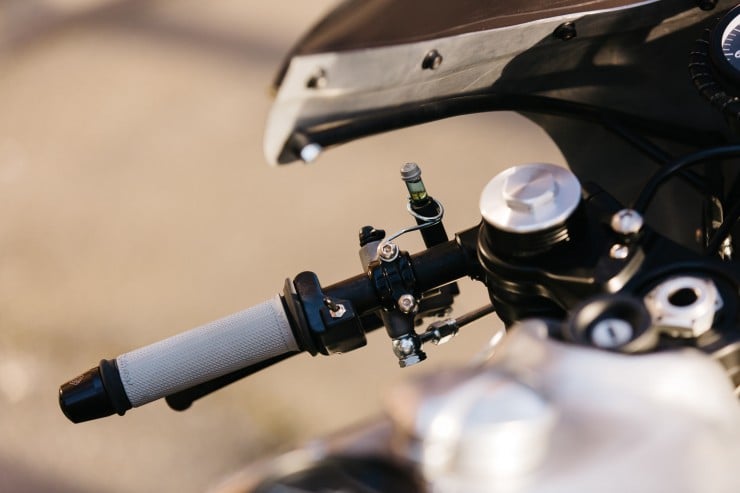 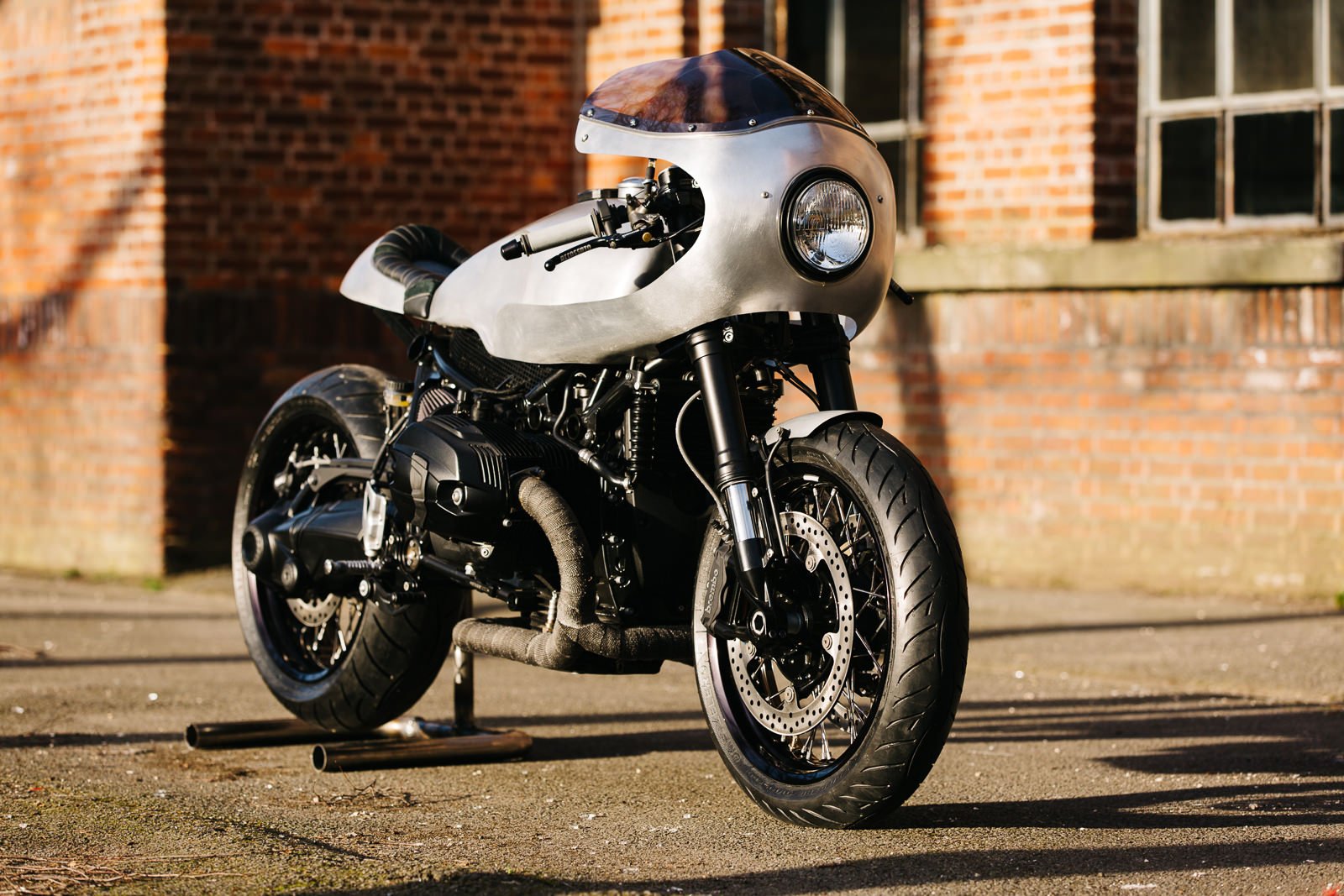