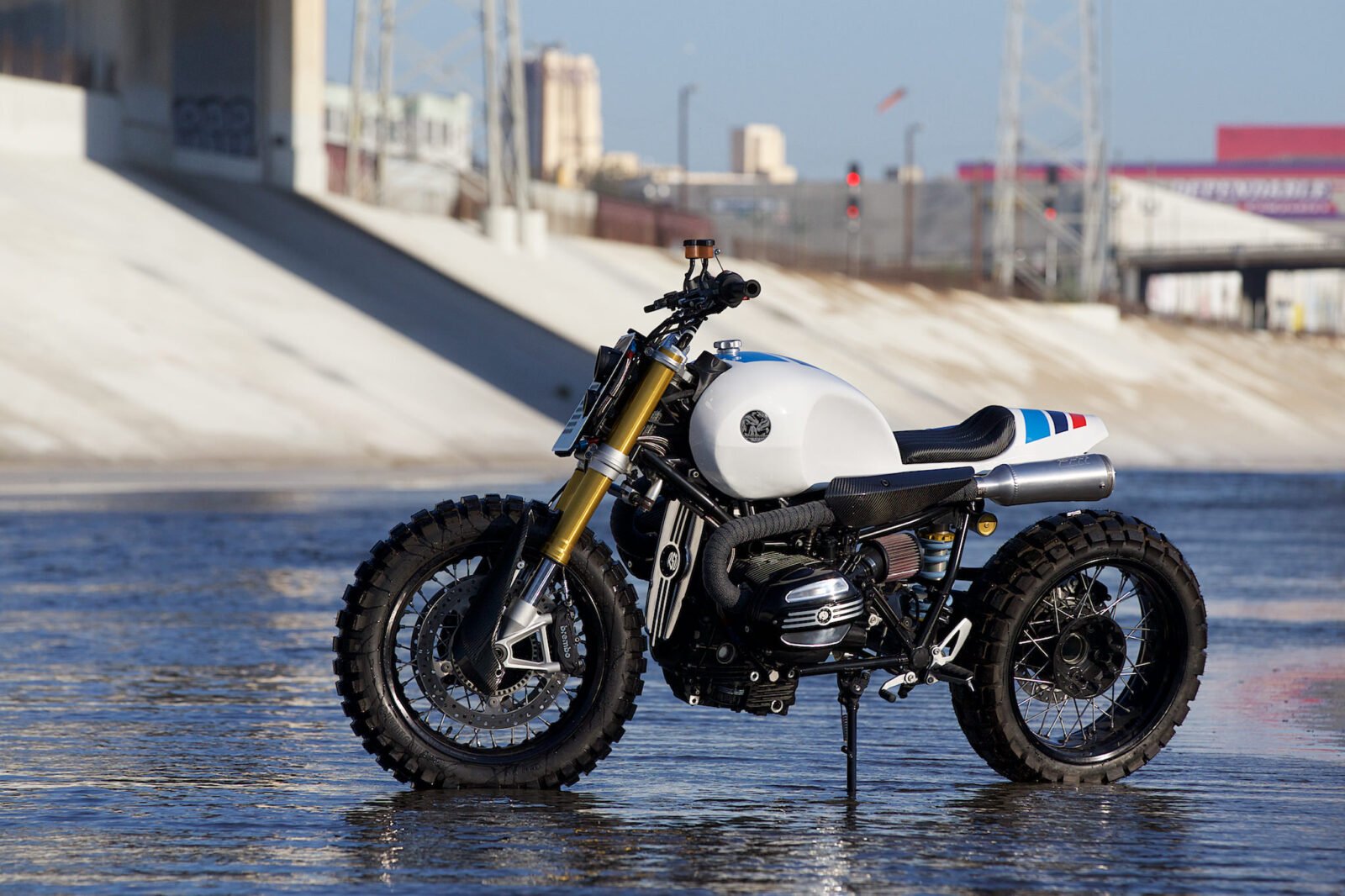 The BMW R nineT has shot to the forefront of the custom motorcycle scene at a remarkable turn of speed, BMW released it in 2014 after having developed it with the burgeoning cafe racer community in mind.

At its heart, the R nineT has a 1170cc air-cooled boxer twin capable of 110 hp and 119 Nm of torque, it also makes use of a closed-loop 3-way catalytic converter which means it’s emission compliant in even the strictest of regions. With a top speed listed as “over 200 km/h” the bike is notably quicker than most of its cafe racer brethren, and its modern suspension, frame and drivetrain mean that it handles as well as the best of them.

In order to make life as easy as possible for custom motorcycle builders, the engineers at BMW designed the R nineT with separate engine and chassis wiring harnesses, a bolt-on rear subframe, and easily removable front and rear lights. The aftermarket for custom parts has been growing rapidly and there’s now a broad variety of bolt-on upgrades available, including a healthy selection from Roland Sands Design.

The bike you see here is the work of Taiwanese native and current California resident Samuel Kao.

He’s an established cornerstone of the Southern Californian motorcycle scene and he quickly made a name for himself with highly functional and aesthetically beautiful custom bikes that have been turning heads far and wide.

With the BMW R nineT he decided to take it in a new direction, away from its cafe racer roots towards a more off-road oriented scrambler design that looks so well put together I can’t help but hope that BMW Motorrad take a few design queues and release their own factory version of it.

Work began with a partial teardown, the rear shock was replaced with a GEARS Racing Shock H2 Plus unit that’s better suited to moderate off-road use and the rims were fitted with a pair of Continental TKC80 chunky monkeys.

RSD provided the breast plate and valve covers, a high-exit SuperTrapp exhaust was installed and a Summit Racing oil cooler was fitted discreetly next to the new headlight. A Motogadget speedometer was used in place of the stock instrument cluster and the original handlebars were replaced with a carbon fibre unit from Answer.

The addition of the new handlebars meant a new handlebar bracket was needed, so it was machined by Black Smith Co., this was followed by a new fuel tank and seat that were fabricated by Metal Lab Fab. The upholstery and paint were both done in-house at JSK Custom Design – with the latter being modelled on the colors used by BMW’s racing department.

The finished product is a motorcycle that looks showroom fresh to the untrained eye, and could easily pass as a production bike to those unfamiliar with the marque. If you’d like to see more from JSK Custom Design you can click here to visit their official website. 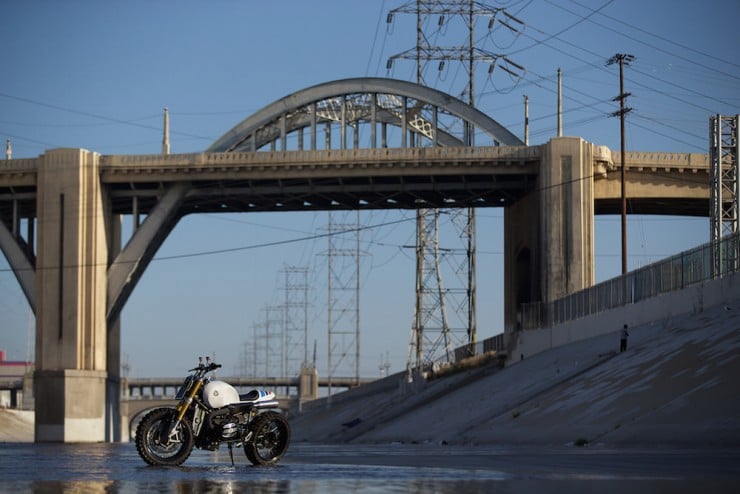 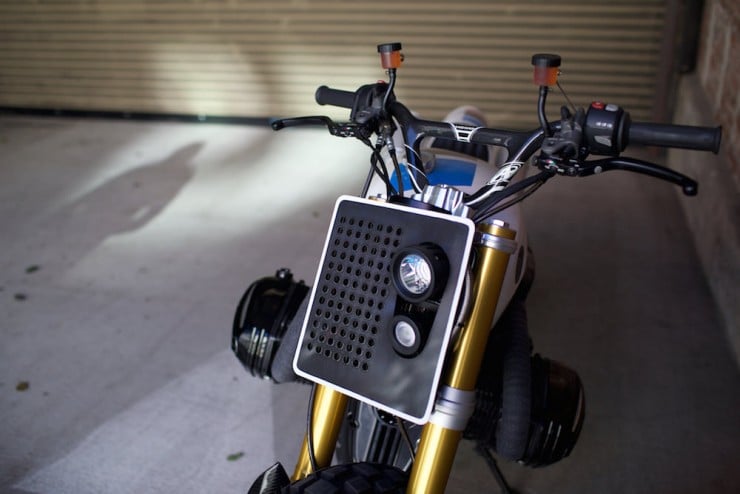 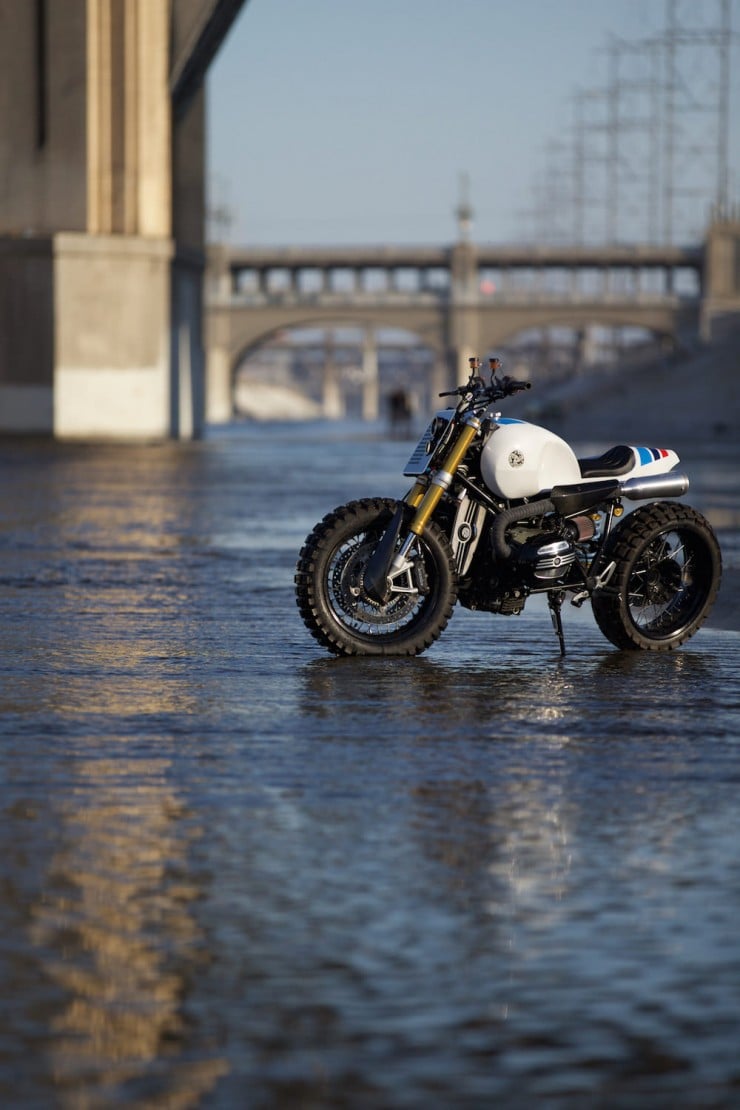 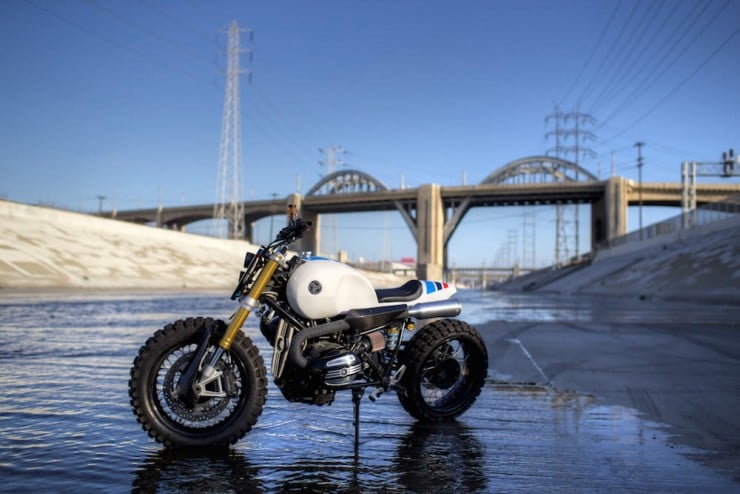 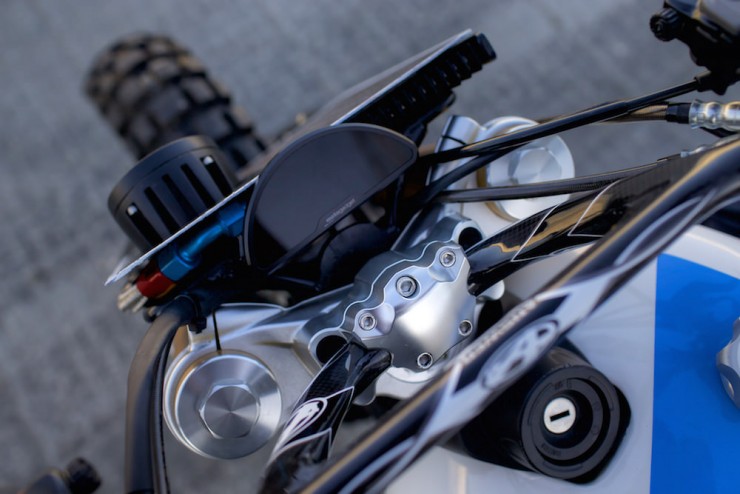 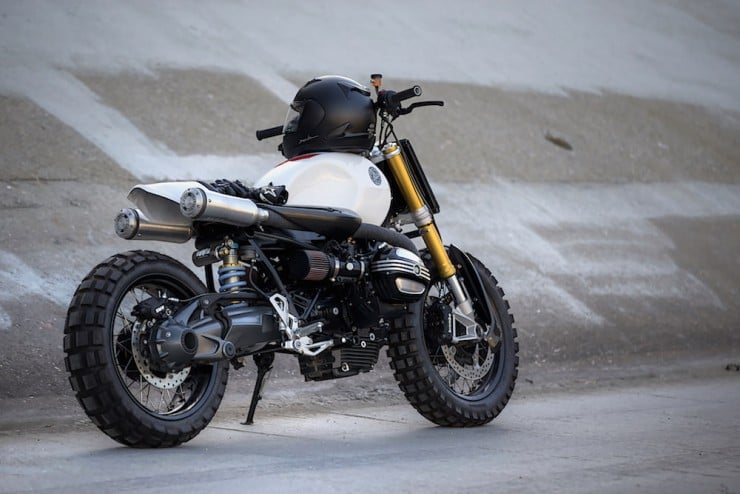 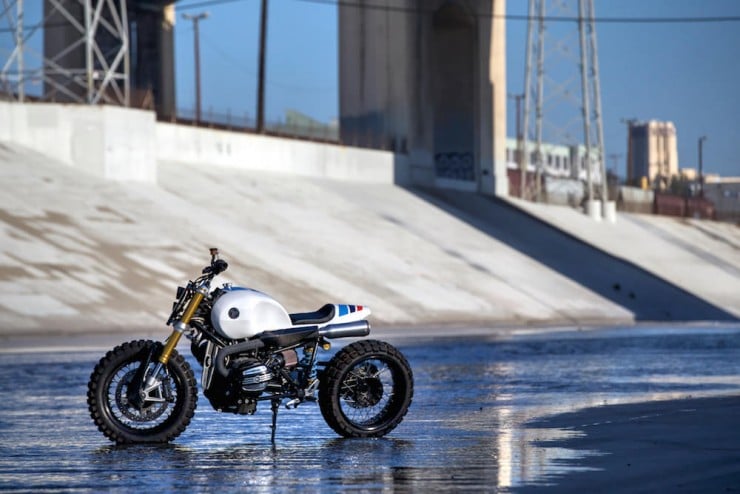 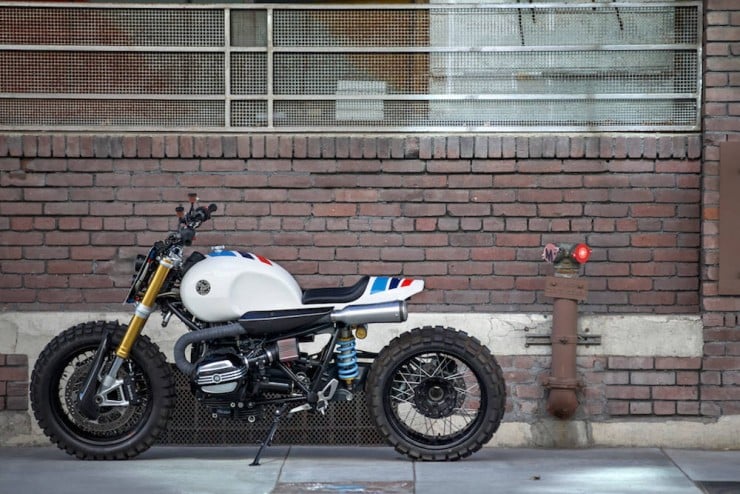 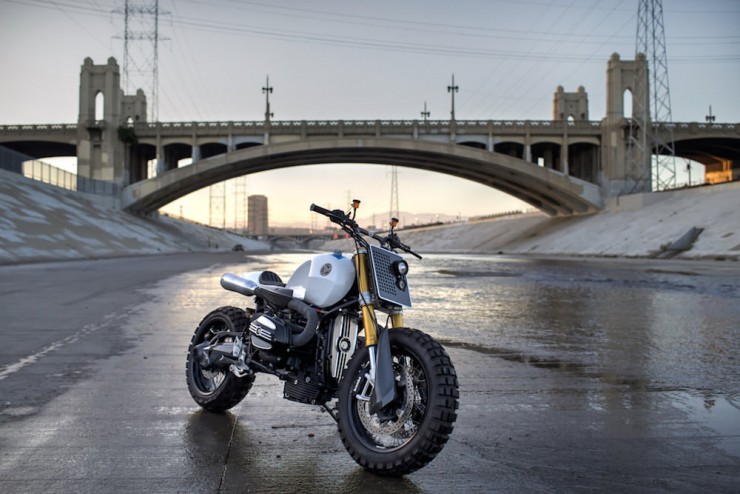 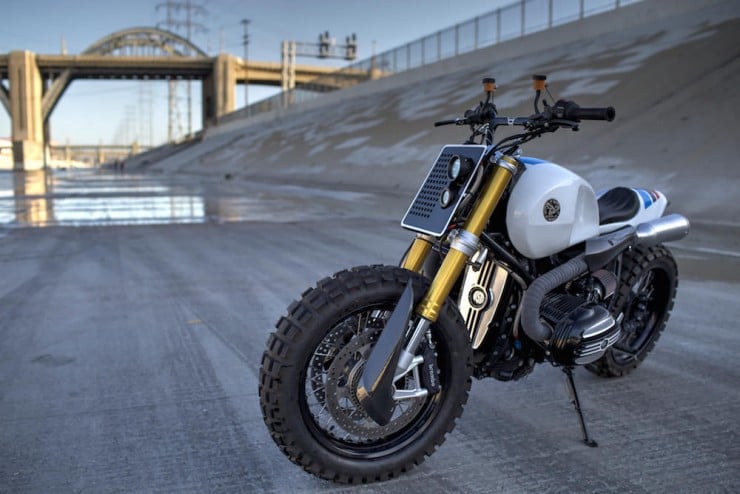 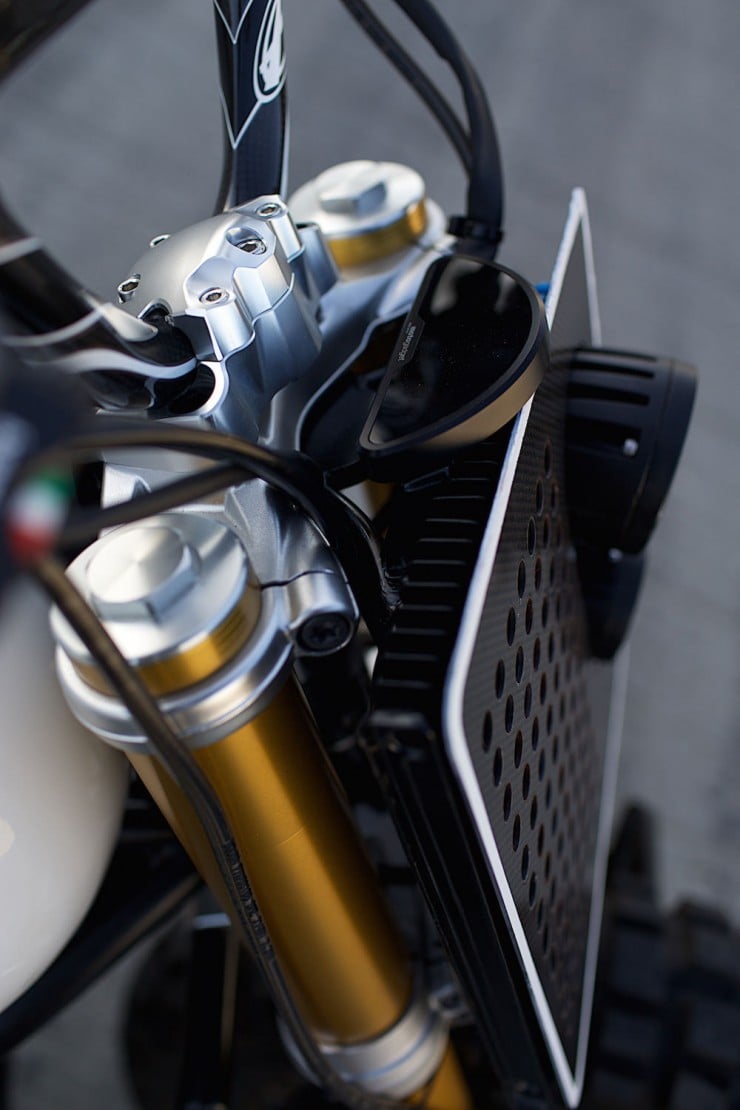 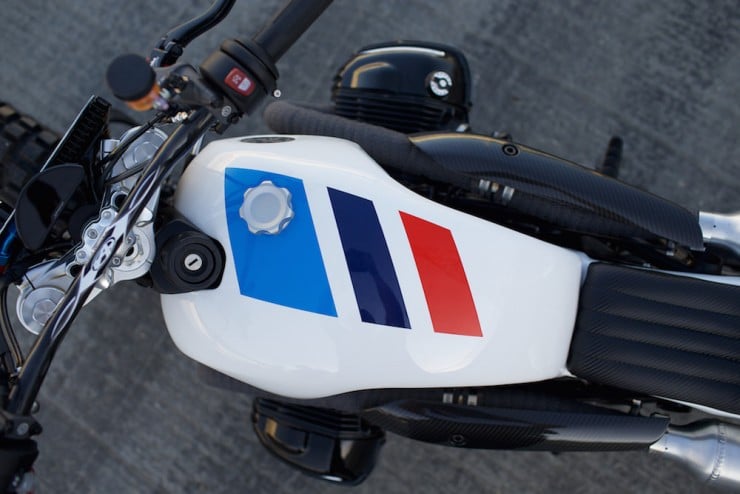 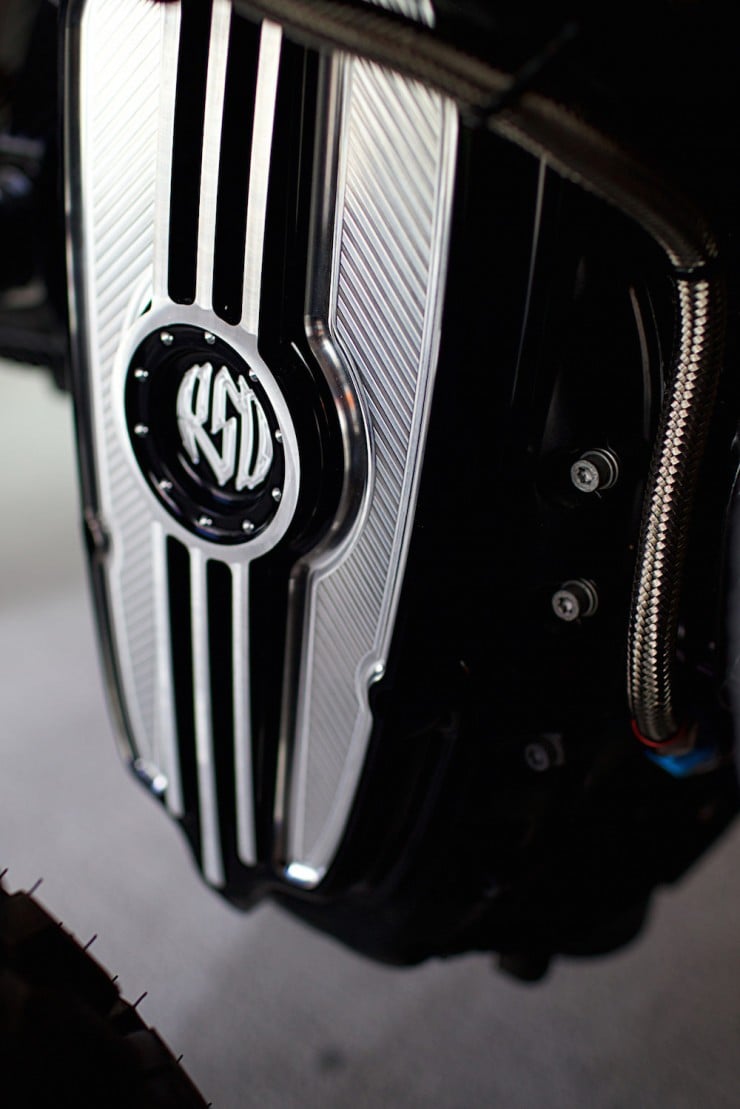 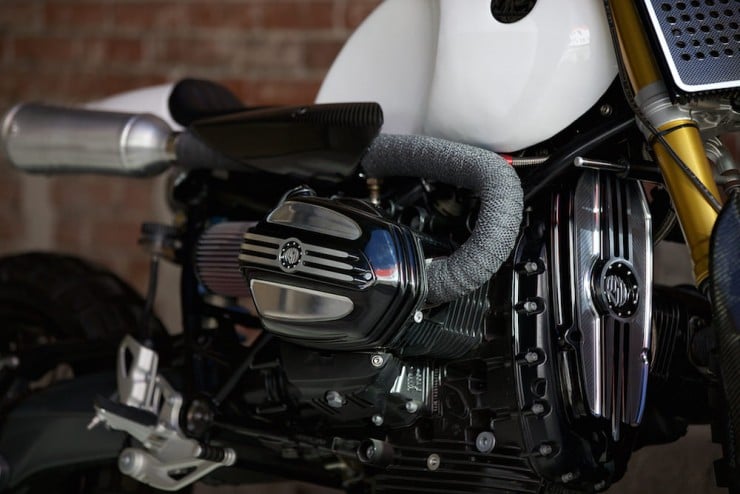 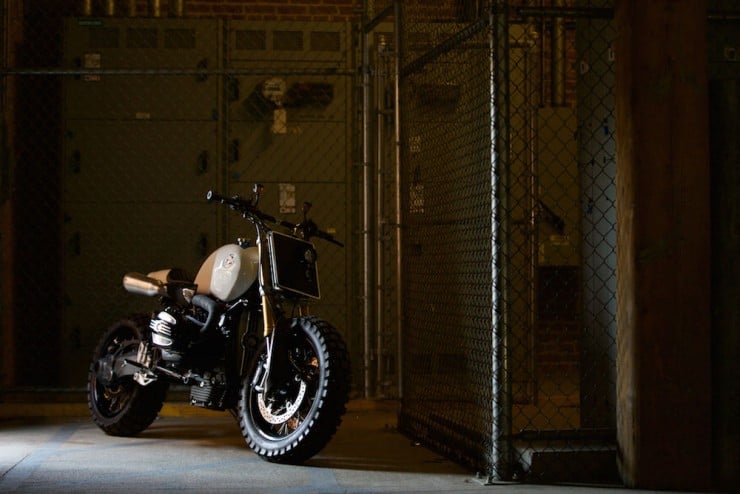 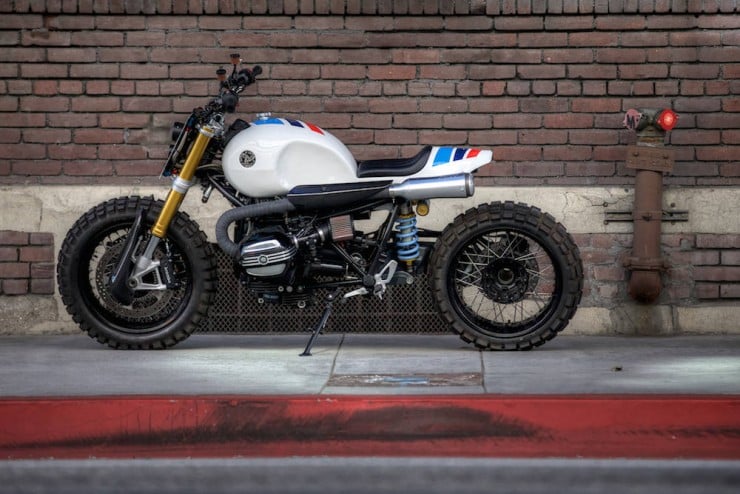 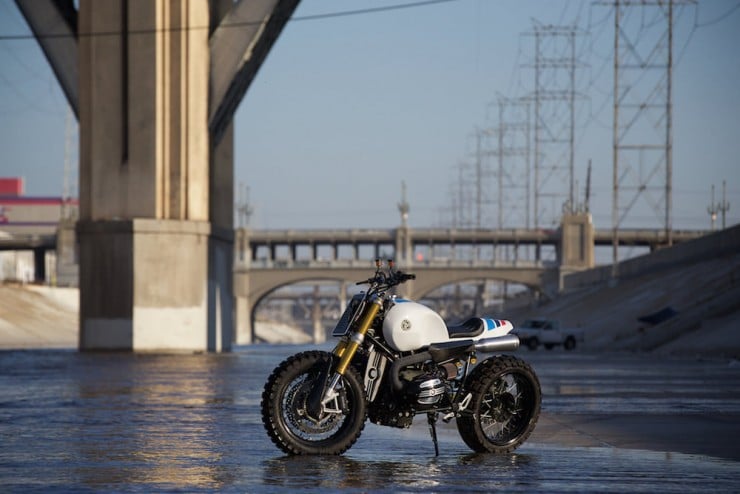 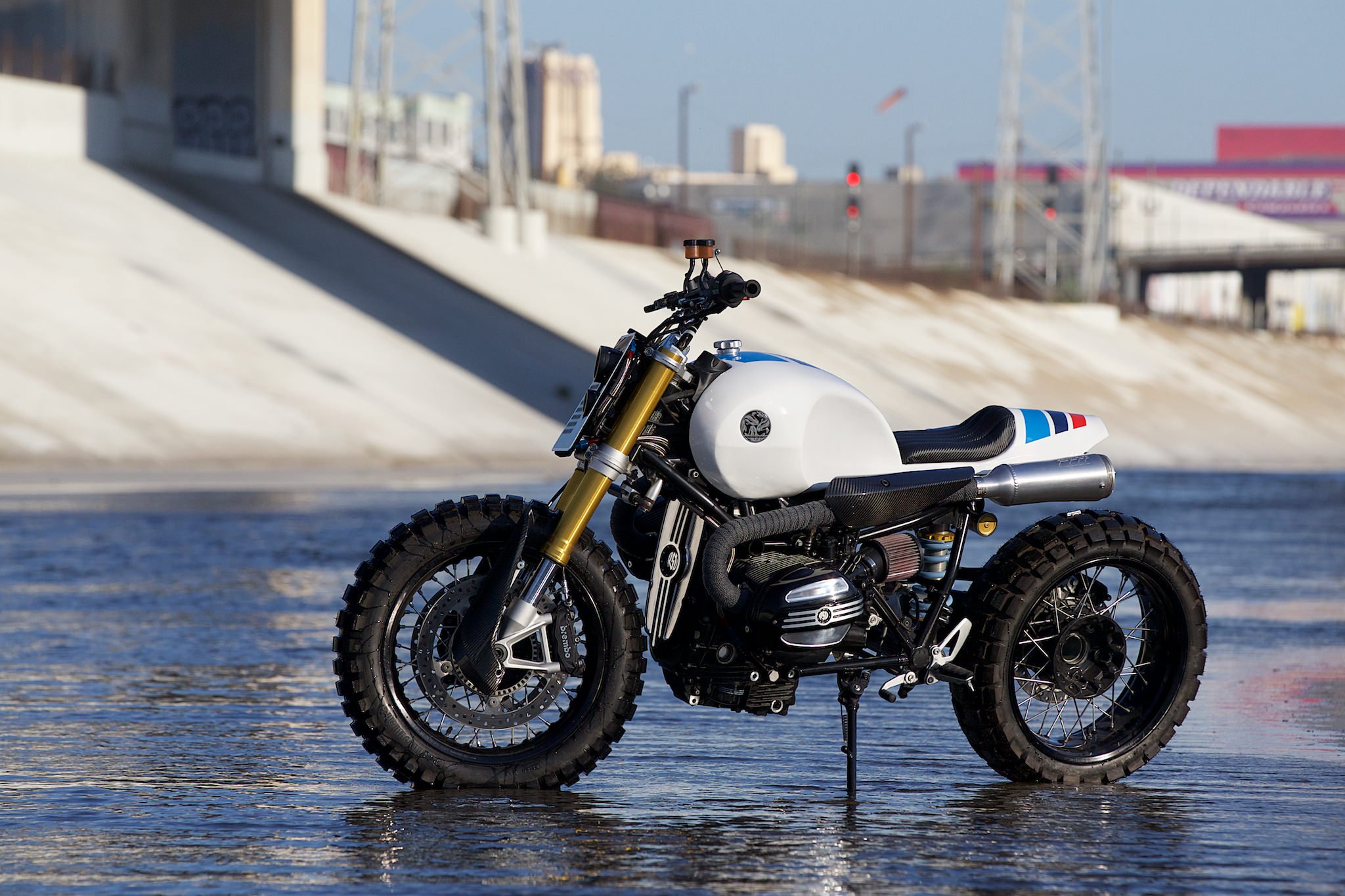