The Automotive Art of Ben Addison 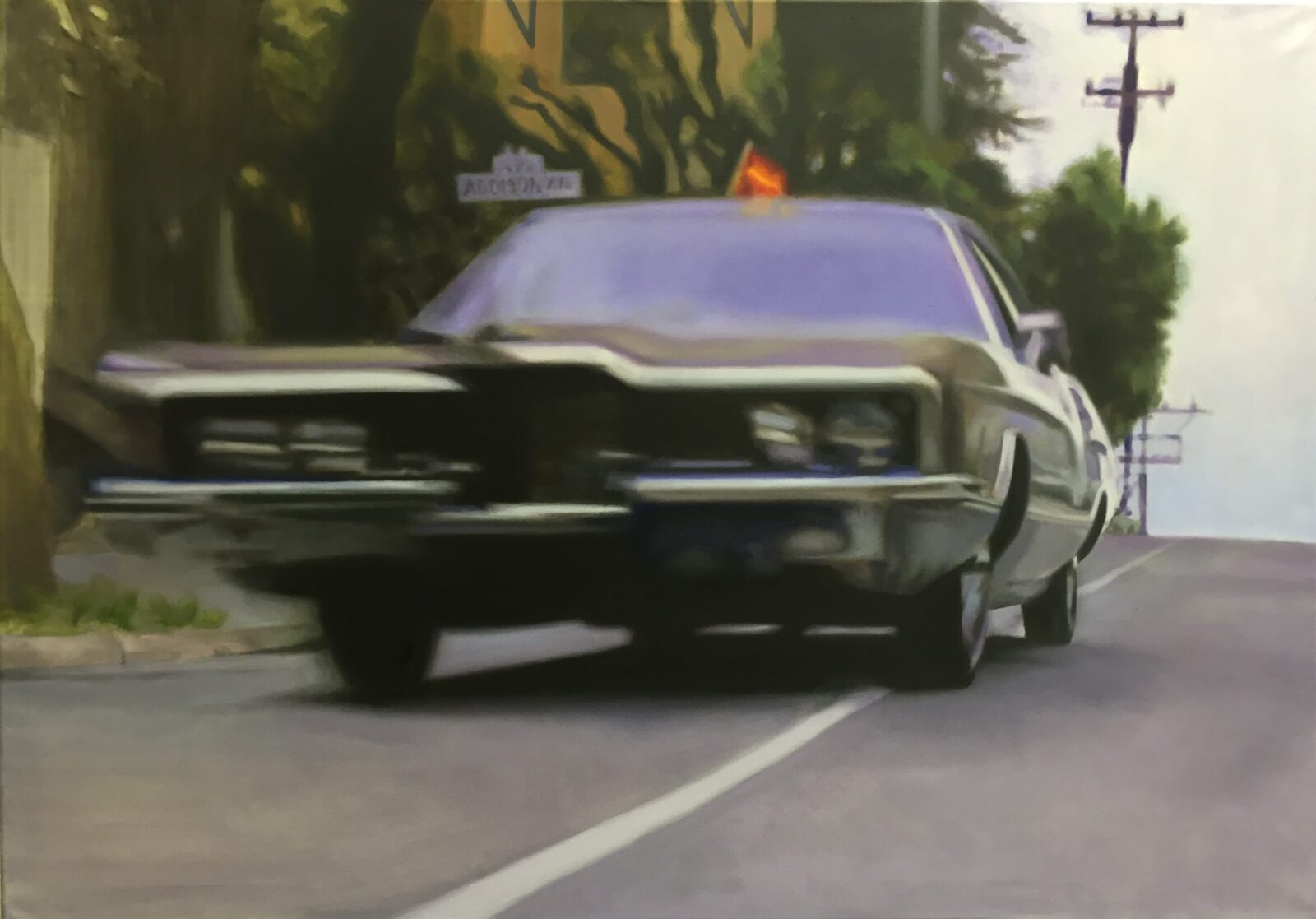 Ben Addison is a multi-talented artist who was born and raised in London, with frequent trips to the USA as a child to accompany his father, an interior designer of no small repute, and his mother who was a fashion designer. With both parents being full-time creatives it was almost guaranteed that Ben would follow in their footsteps, which he did initially as a musician in the punk scene in the UK in the late 1970s and early 1980s.

Ben saw notable successes with the bands Boyswonder and Corduroy in the ’80s and ’90s, and has since worked as an illustrator, a fashion illustration teacher, a proofreader, copywriter, music producer/arranger/composer/performer, and most recently as a painter.

A few years ago painter Frank Bauer gave Ben a set of oil paints and encouraged him to pursue it, Ben worked with Frank in his studio and honed the skills required quickly. He developed his own style, taking elements from ’60s and ’70s era movies and television and translating them onto the canvas in a way that accurately captures the zeitgeist of their age.

This series of paintings feature American car chase scenes and do a wonderful job of capturing the movement and urgency of their muse. If you’d like to see more of Ben’s work or enquire after buying a piece yourself you can click here to visit his website. 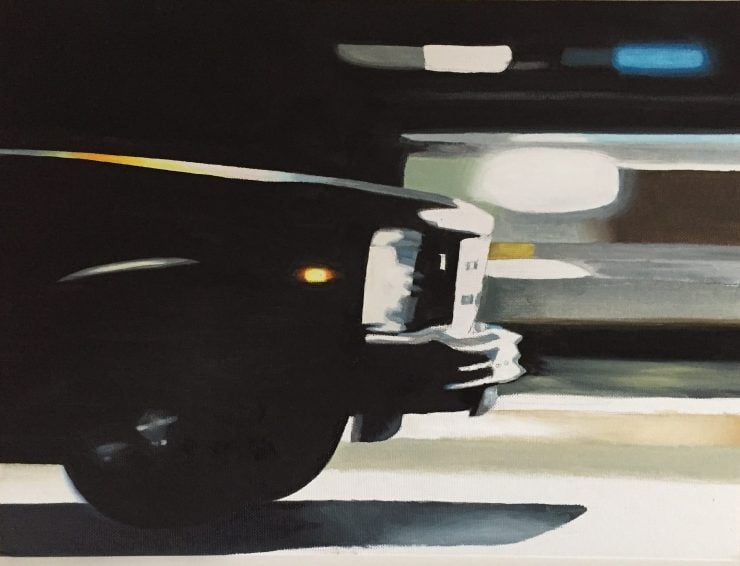 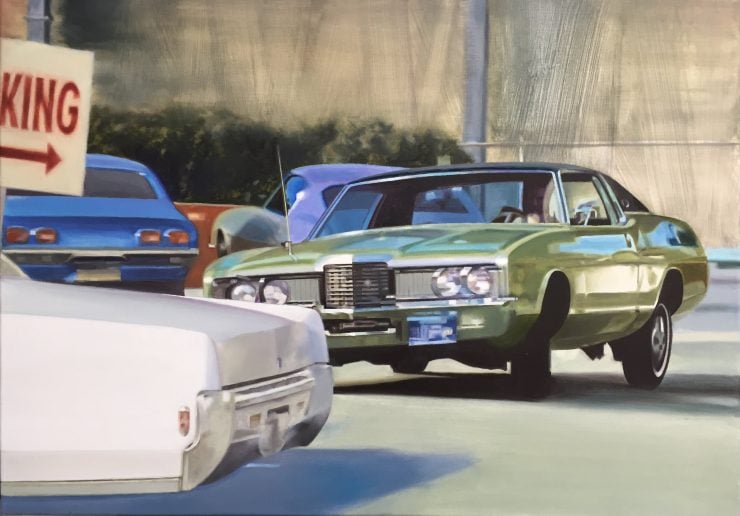 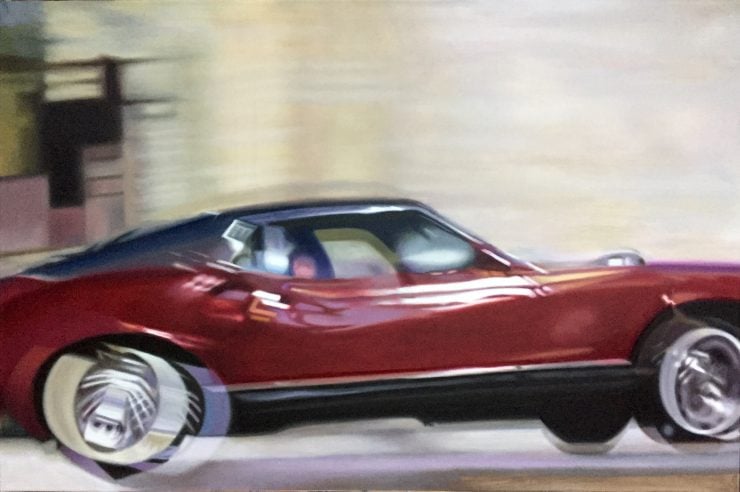 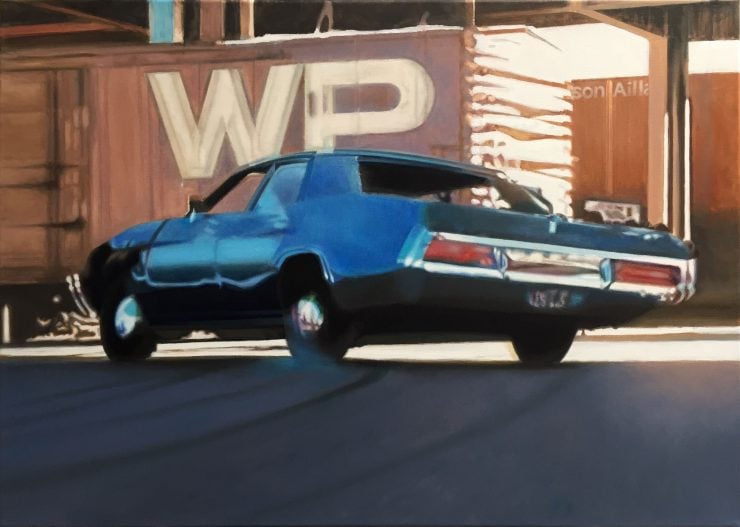 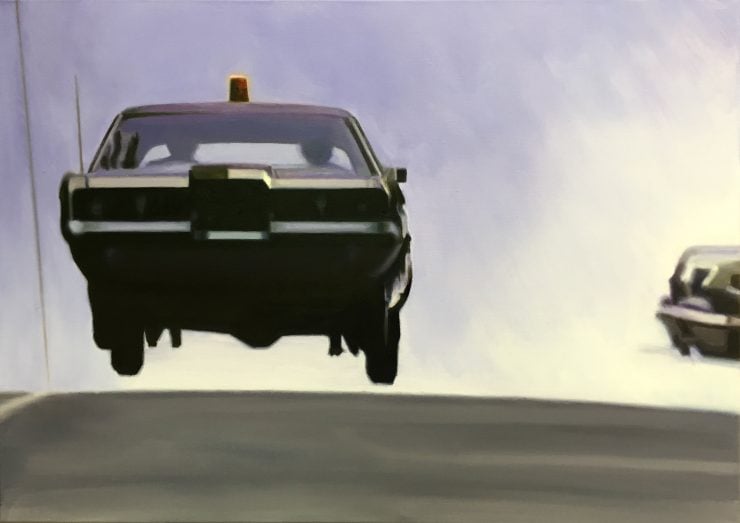 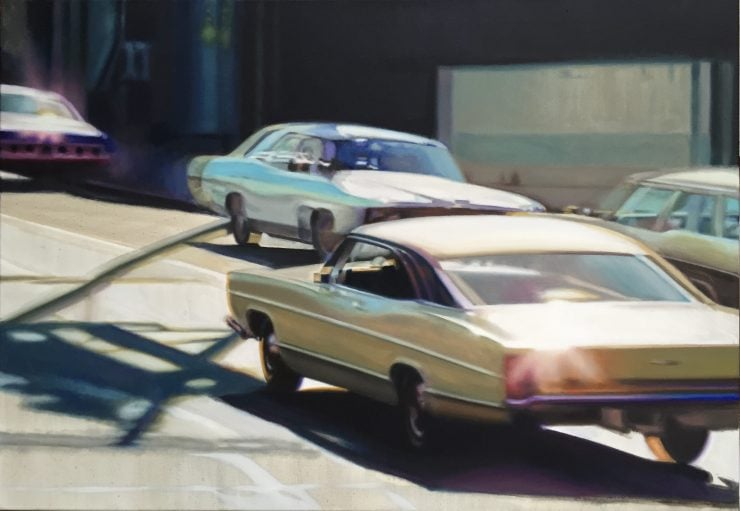 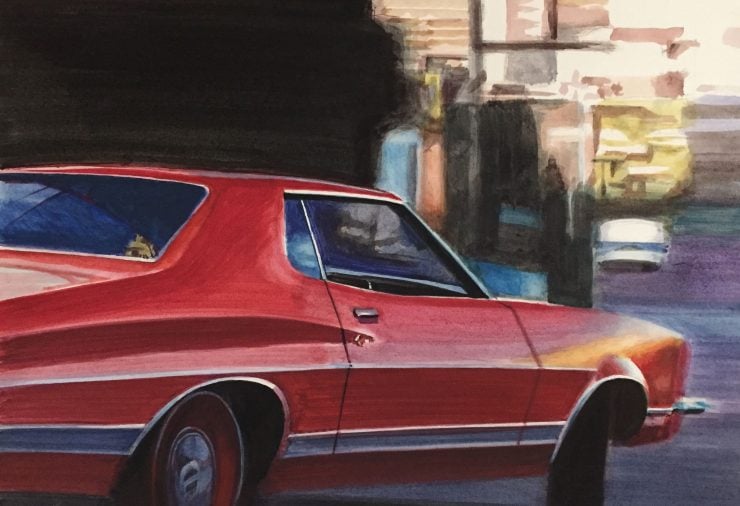 All images courtesy of Ben Addison 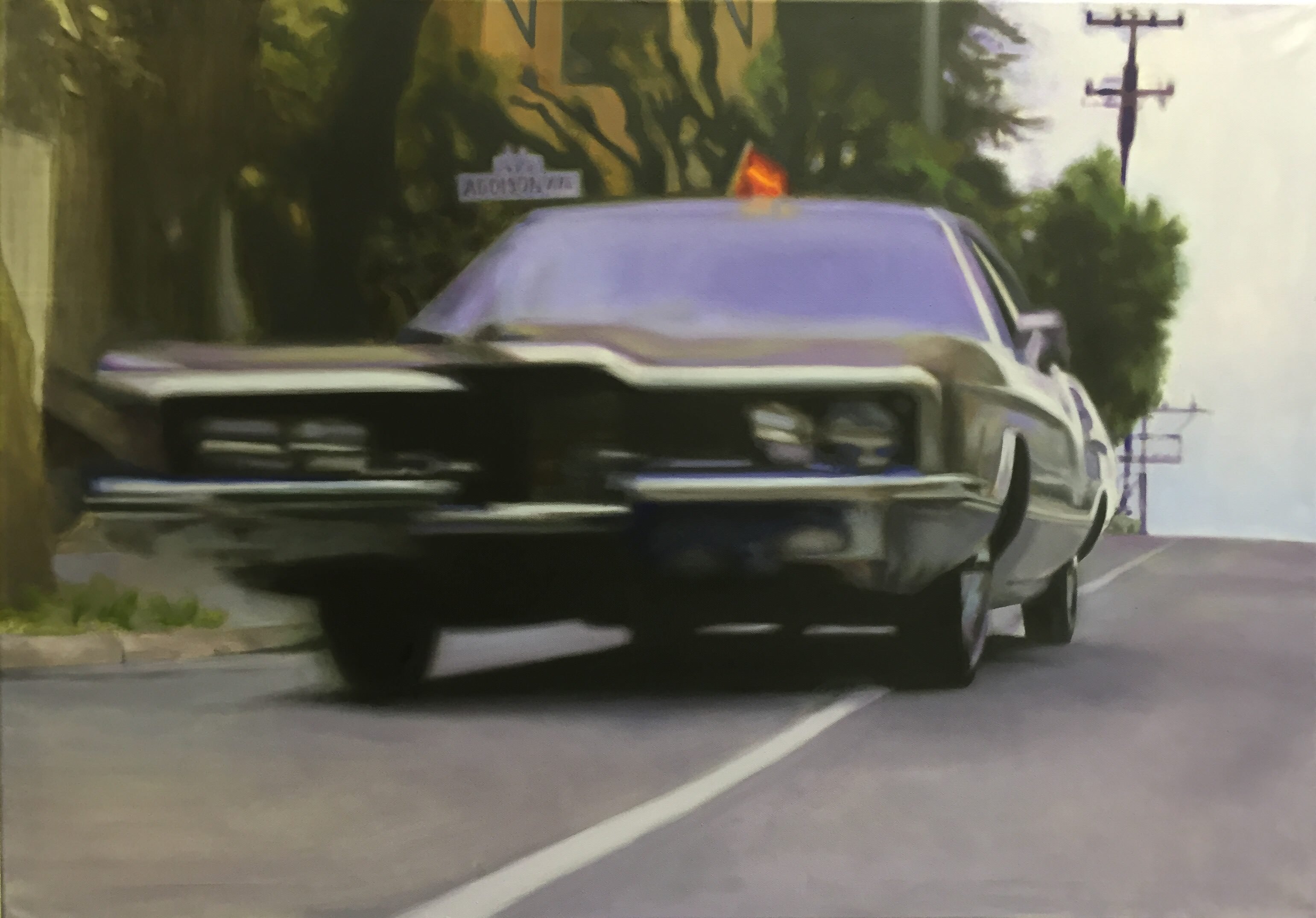