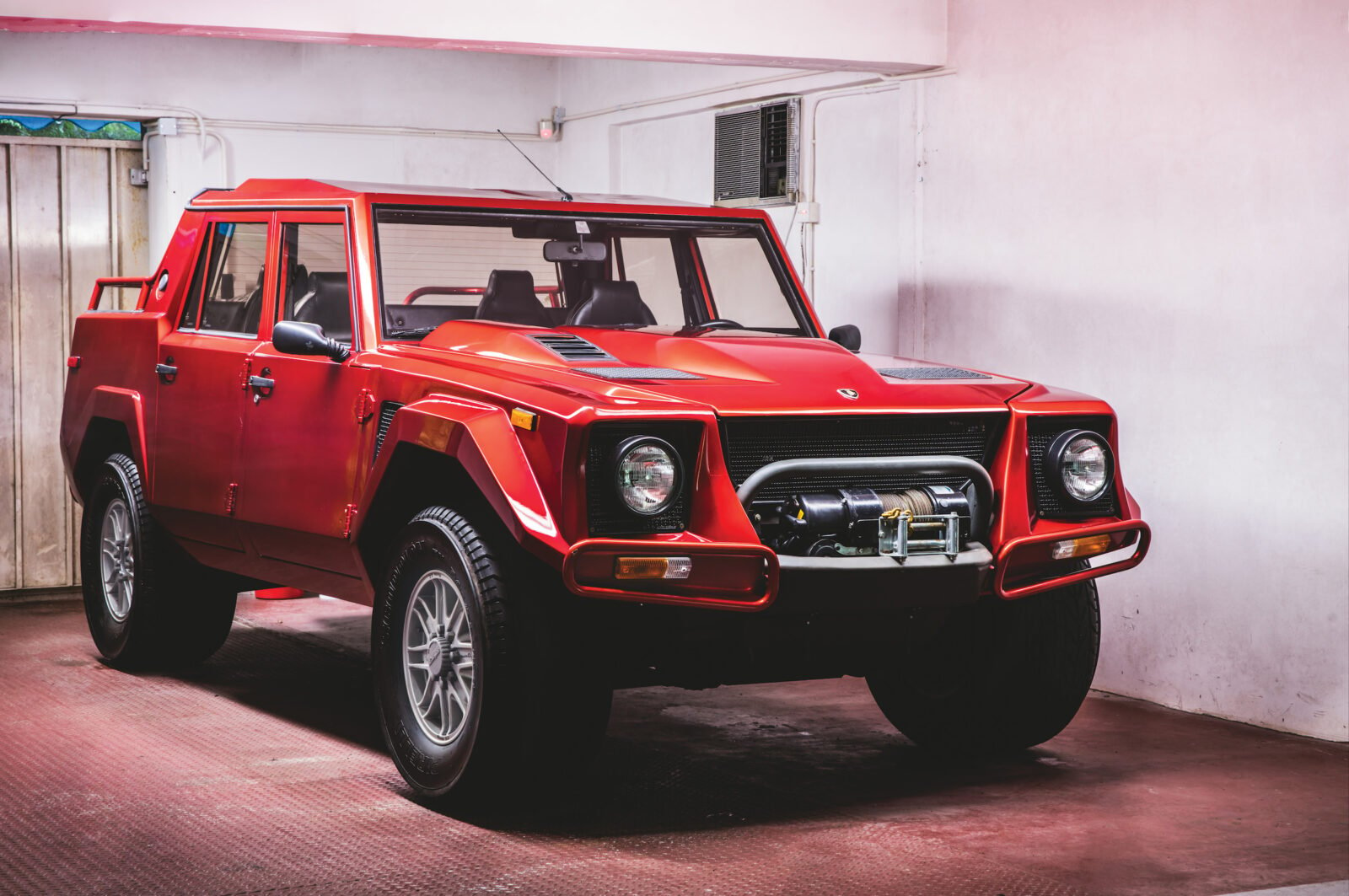 The Lamborghini LM002 was quickly dubbed the “Rambo Lambo” when it was unveiled to the public in 1986. Although very few realized it at the time, the LM002 wasn’t just an ostentatious flash in the pan.

Luxury SUVs would quickly become one of the fastest growing sectors in the global automotive marketplace – and Lamborghini had created one of the most extraordinary examples of this new genre almost by accident whilst bidding for a contract with the US Military.

The Cheetah Origins Of The Lamborghini LM002

In the late 1970s when Lamborghini Countach production was in full swing, the executives at the Italian automaker were looking to diversify. They began work on a 4×4 with an eye to picking up lucrative military contracts, and perhaps selling a few to oil exploration companies for use throughout the Middle East.

Although it doubtless rubbed many of the proud Italian engineers the wrong way, it was decided to use an inexpensive and reliable American V8 rather than a significantly more complex V12 from Lamborghini’s own production line. This would also keep costs low, it would result in far cheaper maintenance, and most importantly, it would appeal to the Americans whose job it was to rubber stamp military orders. 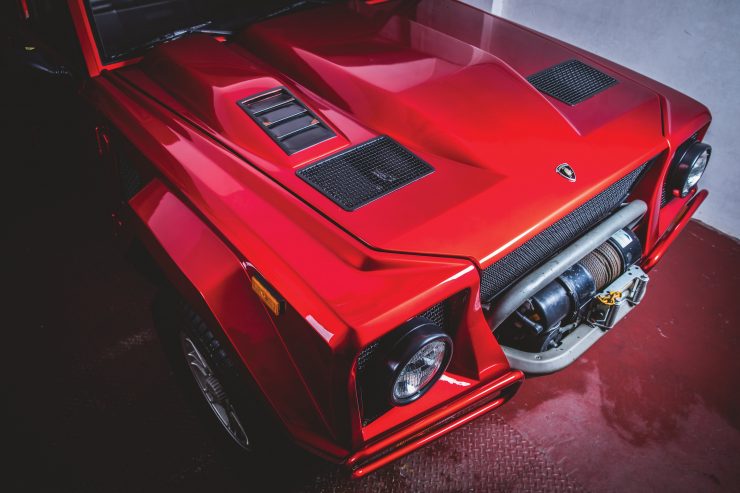 The first prototype was shown to the public in 1977, they dubbed it the “Cheetah” as it was an order of magnitude faster than the typical off-road vehicles of the era. It used a mid-mounted Chrysler V8, and it was such an effective proof of concept that the upper management at Lamborghini green-lit a more comprehensive exploration of the design – code-named the LM001.

Externally, the LM001 looked quite similar to the Cheetah, however it was fitted with an AMC V8 rather than a Chrysler unit, and the level of fit and finish was higher. After much testing, it was decided that the engine in the rear wasn’t ideal for off-road use. It was noted that when accelerating up steep inclines, the weight of the engine in the rear had the unnerving habit of lifting the front wheels off the ground.

It was around this time (1984) that the most lucrative military contract for a new 4×4 was awarded, and sadly for the Italians, it went to the American-designed High Mobility Multipurpose Wheeled Vehicle (HMMWV, or Humvee).

Once the dust had settled, the management at Lamborghini decided to take their design for the LM001 and civilianize it – creating the LM002. 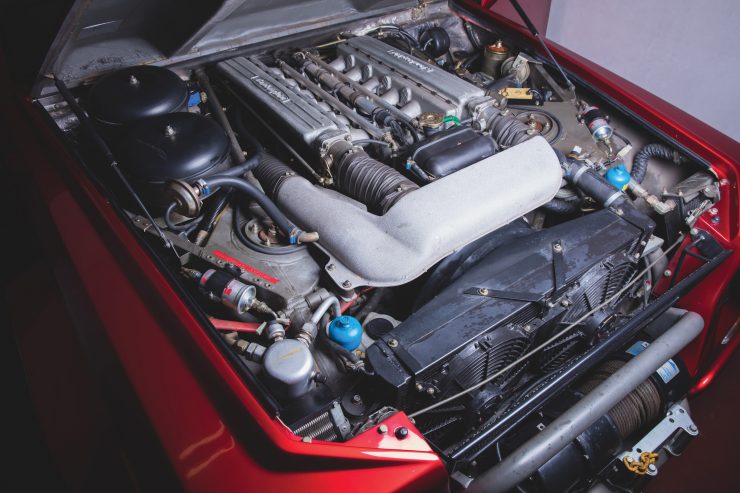 Whereas the Cheetah and LM001 were developed for the more spartan world of military use, the Lamborghini LM002 was designed for millionaires, billionaires, oil sheiks, sultans, and movie stars. It was a significant gamble, but it proved immediately popular – particularly in the Middle East where oil sheiks needed a luxurious vehicle capable of speeding across hundreds of miles of sand between oil wells.

The LM002 was designed with the engine in the front, and the American V8s were out. A V12 from the Countach was chosen, and clients who wanted more could tick an option box for a Lamborghini L804 type 7.2 litre Marine V12 – typically found in Class 1 offshore power boats.

Inside, the cabins were luxuriously appointed with leather, thick carpets, wood grain paneling, power steering, air conditioning, a high-end stereo mounted in the roof console, and tinted power windows throughout.

The engineers at Lamborghini knew that their new 4×4 had to perform exceedingly well on sand, so two new types of  tire were designed by Pirelli specifically for the LM002 – one for sand and one for mixed use. Both had a run flat design so as not to leave anyone stranded in the desert, and an both had an exceptionally wide footprint.

The standard LM002 could do the 0-60 mph dash in 7.7 seconds, and they were all fitted with 290 litre fuel tanks to ensure ample range despite the somewhat thirsty nature of the V12, coupled to the not insignificant kerb weight of 5,720 lbs.

The LM002 you see here is likely one of the lowest mileage examples in the world – with just 1,269 kilometers since new. It’s been kept in a Lamborghini dealership’s climate-controlled storage facility, and is now being offered for sale by just its second owner. If you’d like to read more about the car or register to bid you can click here to visit the listing on RM Sotheby’s. 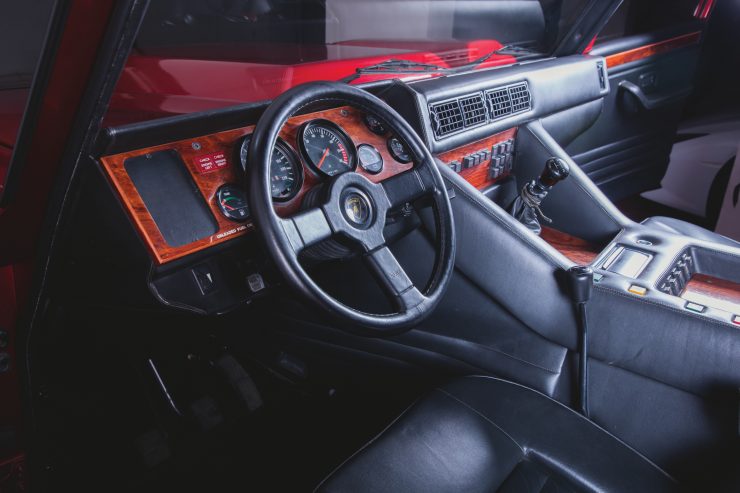 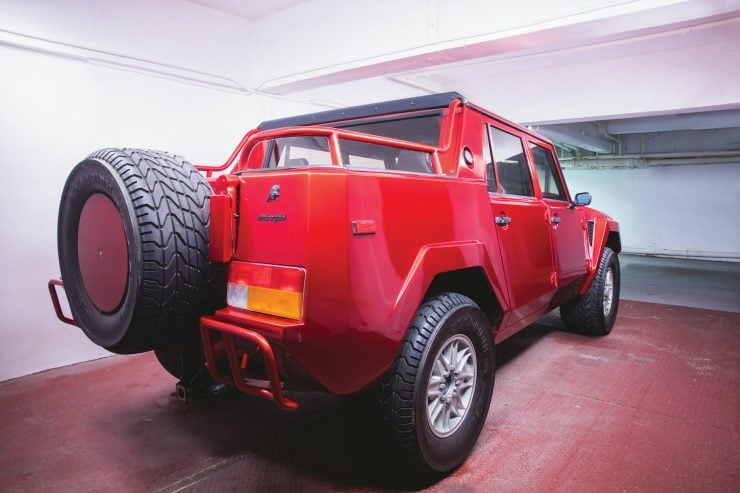 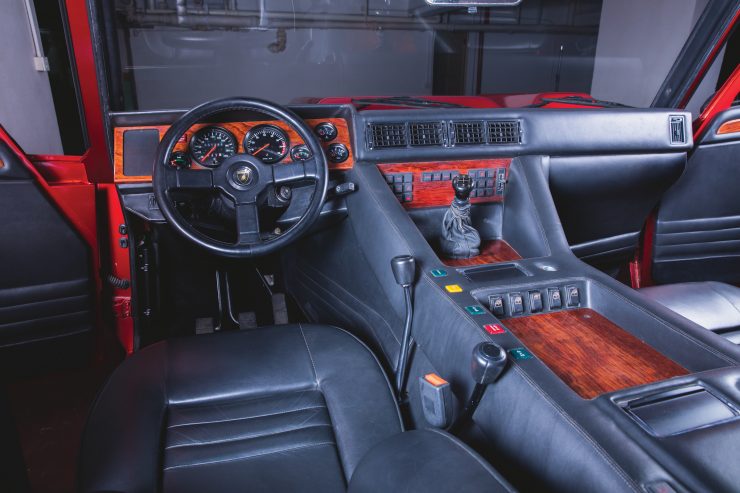 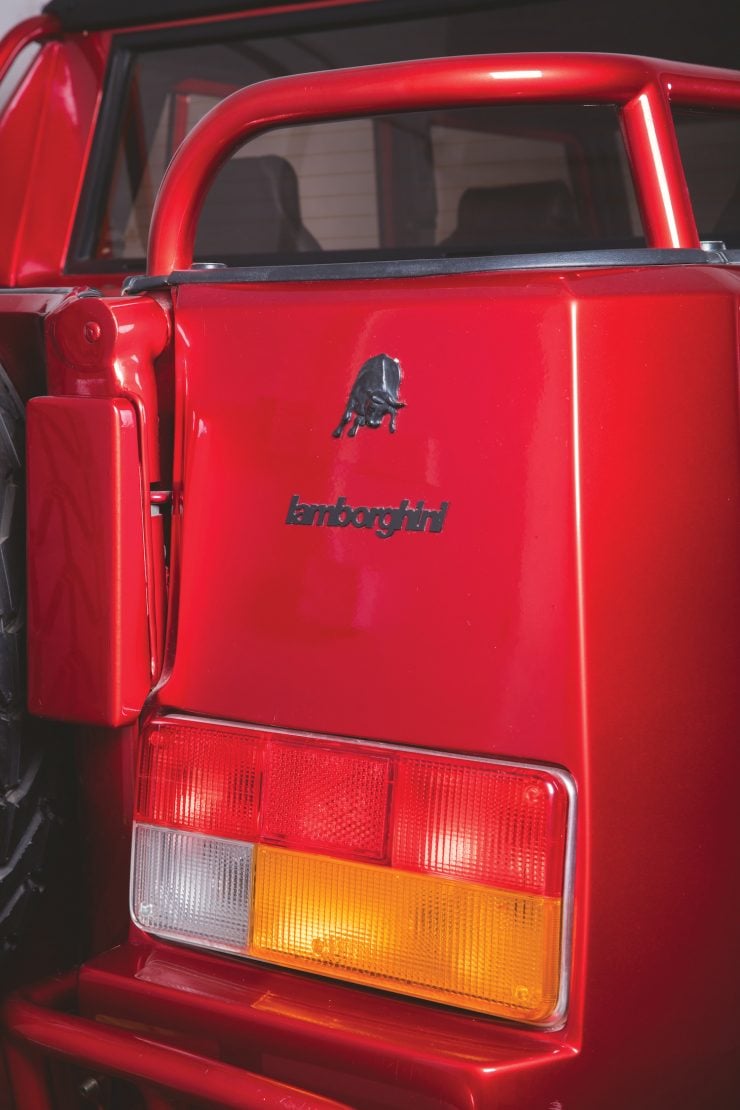 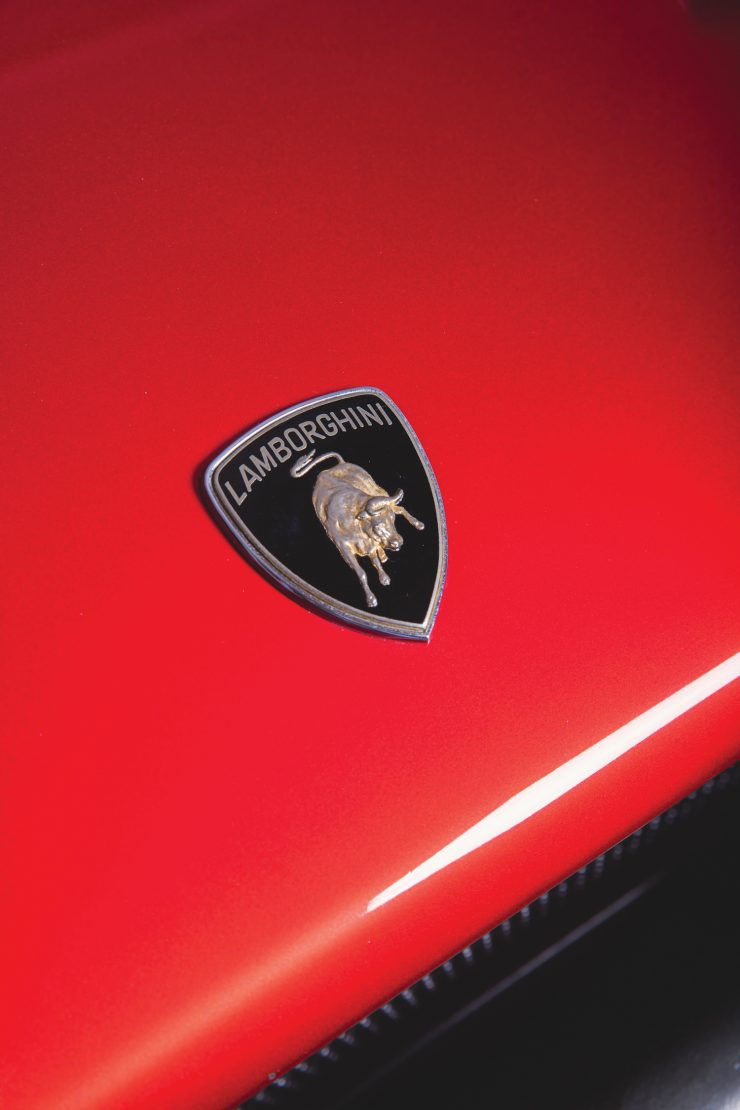 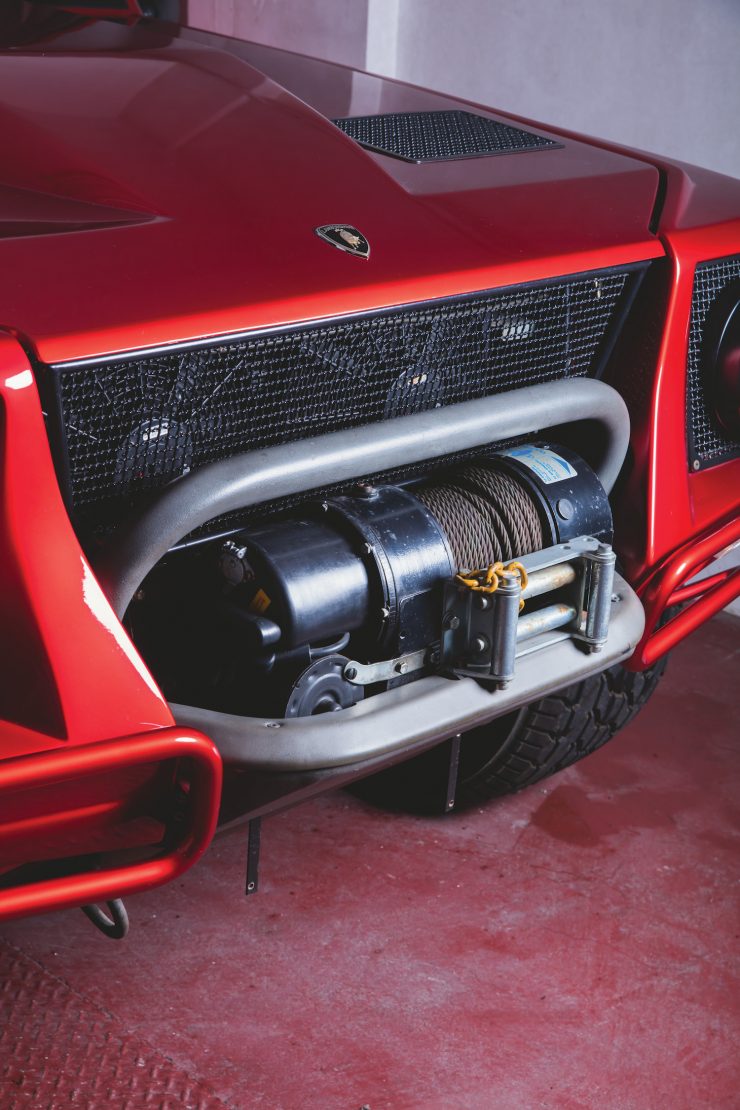 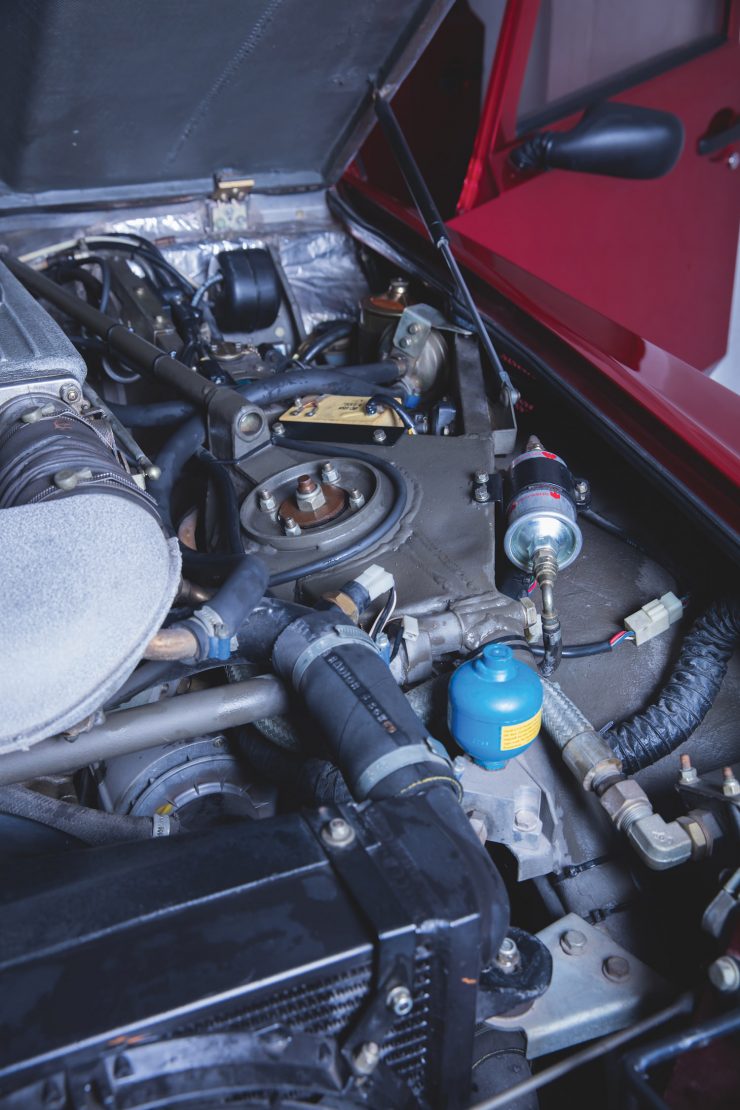 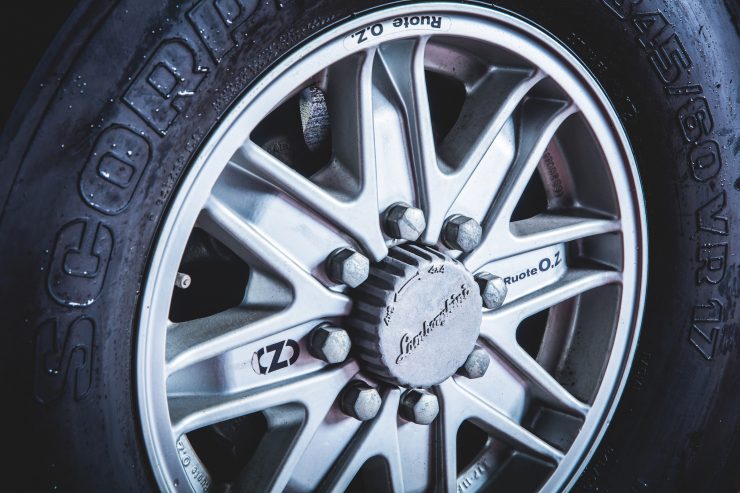 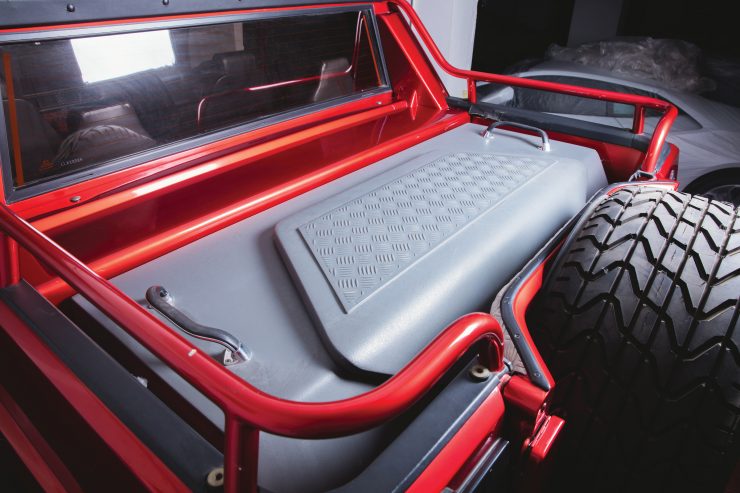 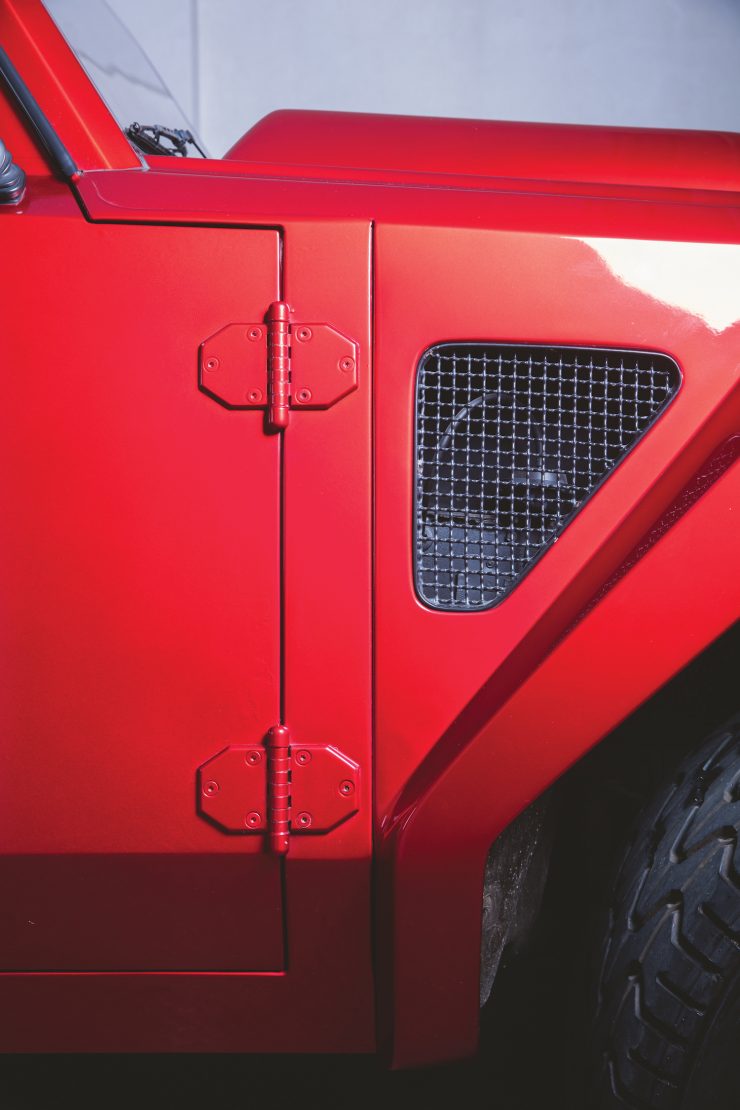 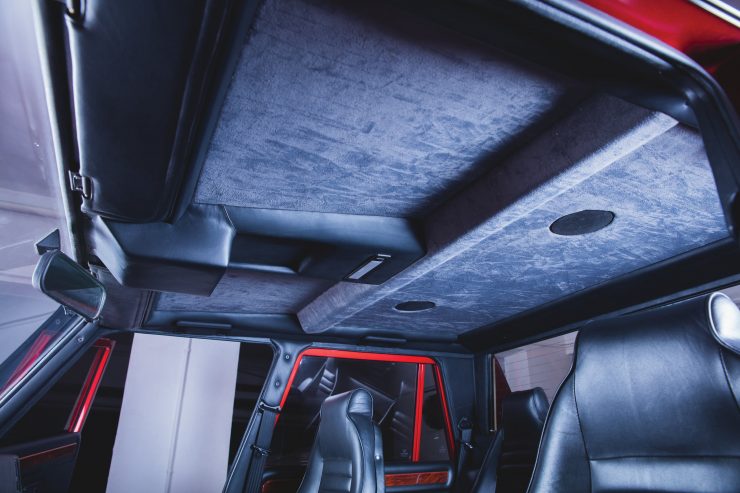 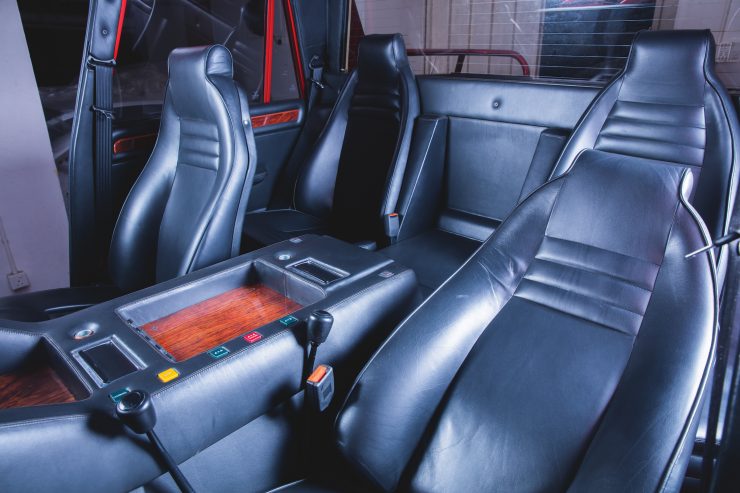 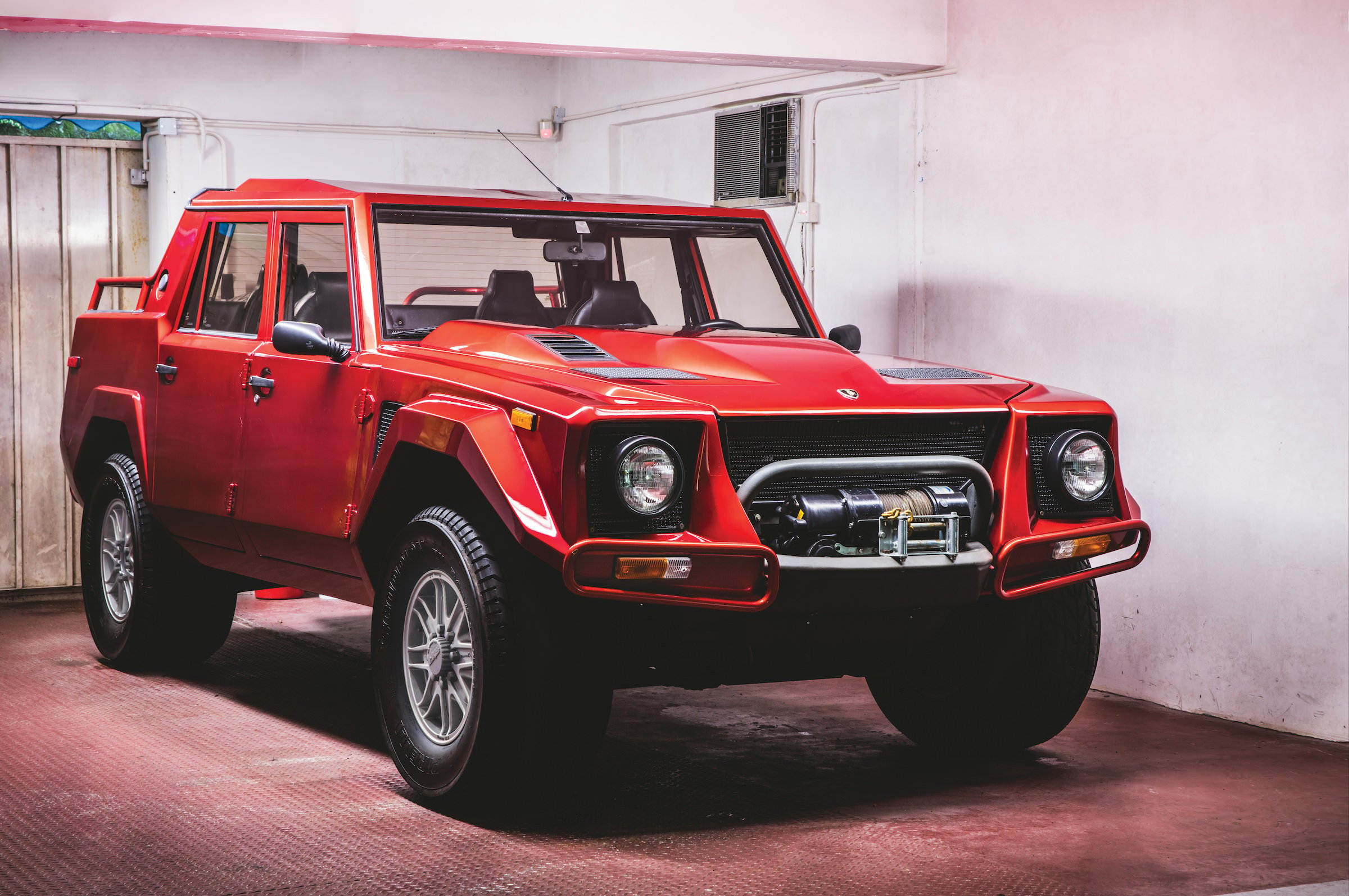