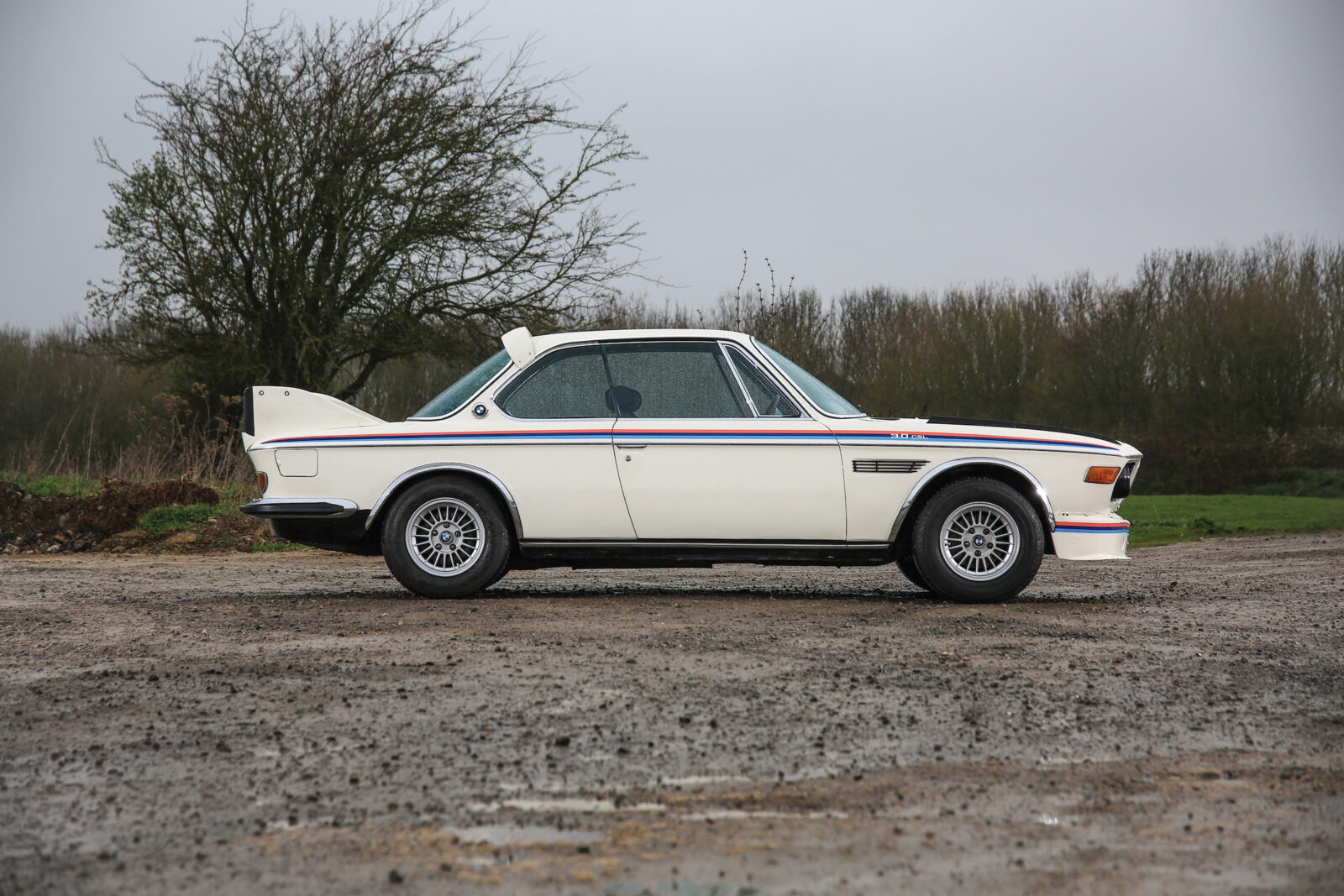 The original BMW 3.0 CSL Batmobile is an almost mythological car that has graced countless teenager’s bedrooms walls in poster form, and features prominently in many adult’s automotive bucket lists.

BMW introduced the 3.0 CSL in 1972 as an homologation special based on the popular 3.0 CS/CSi sporting coupe. The addition of the “L” to the model name meant “leicht” (German for light), as the entire unibody structure was built from thinner gauge steel for weight savings, accompanied by deleted trim and soundproofing, aluminium alloy doors, bonnet, and boot lid, and Perspex side windows. 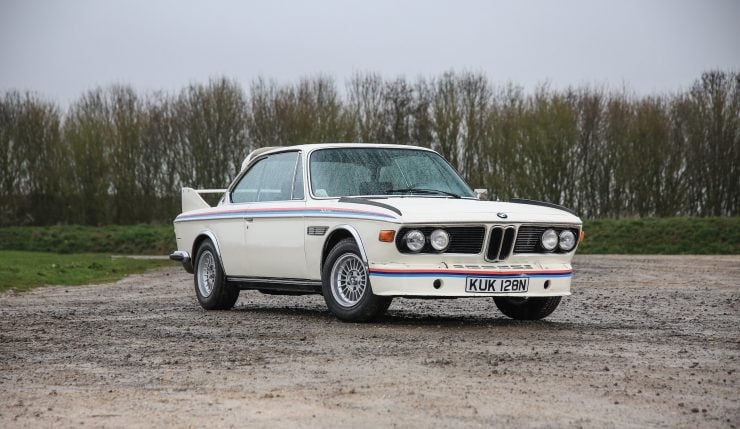 The nickname “Batmobile” has now become almost an official model designation for the car thanks to an eye-catching aerodynamic package – this included a large front air dam, fins running along the top of the front fenders, a spoiler on the trailing edge of the roof, and a tall rear wing. Interestingly, the rear wing was never installed at the factory, but it was left in the trunk in three parts for the owner to install, as wings were illegal on German roads at the time.

The second generation version was fitted with a Bosch fuel injection system in place of dual Zenith carburetors, and the displacement was increased slightly to 3,003 cc to allow the car to compete in the over-3 litre class. Power was increased to 200 hp at 5,500 rpm and torque was increased to 204 lb-ft at 4,300 rpm. 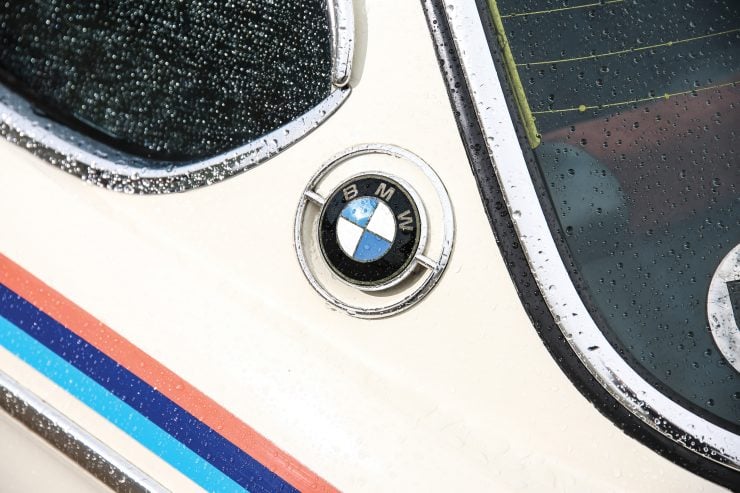 All versions of the BMW 3.0 CSL were fitted with a Getrag four-speed manual gearbox, sending power back through a limited slip rear differential. Disc brakes were fitted to all four corners, encompassed by Alpina 7 x 14 inch alloy wheels, shod with Michelin XWX tires.

Although the horsepower and weight figures may not seem particularly impressive by modern standards, the competition version of the 3.0 CSL proved almost unbeatable on track – it won the European Touring Car Championship in 1973, and then again every year from 1975 to 1979. In 1973 it took a popular class victory at Le Mans, it won a slew of races in the IMSA GT Championship in 1975, and countless victories in sports racing car competition around the world in the mid-to-late 1970s.

The car you see here is one of the first 110 Batmobiles built, and remarkably it’s still in largely original condition throughout thanks to its low mileage and gentle use over the decades since it was first delivered to the BMW dealer in Las Palmas de Gran Canaria in 1973.

The car retains its original Chamonix Metallic exterior paint with which it left the factory, as well as the original “Batmobile” aerodynamics package (including the front air dam, twin front fender spoilers, roof spoiler, and three-piece rear wing). The interior retains its original black and red Scheel sport seats remain along with the original three-arm steering wheel (which is specific to this model). Most importantly, the original numbers-matching engine, reading just 39,072 km from new, remains installed in the recently tidied engine bay.

It’s entirely likely that this is the best preserved original BMW 3.0 CSL Batmobile in the world, so it’ll be interesting to see what it sells for when it crosses the auction block with RM Sotheby’s on the 12 of May in Monaco. If you’d like to read more about the car or register to bid you can click here to visit the listing. 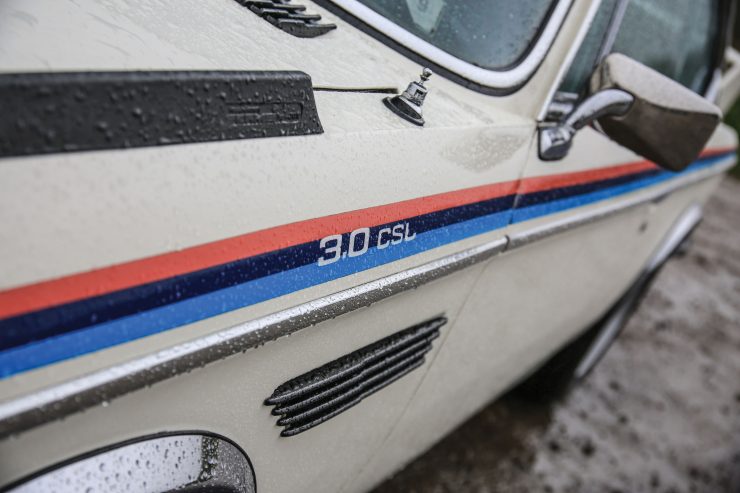 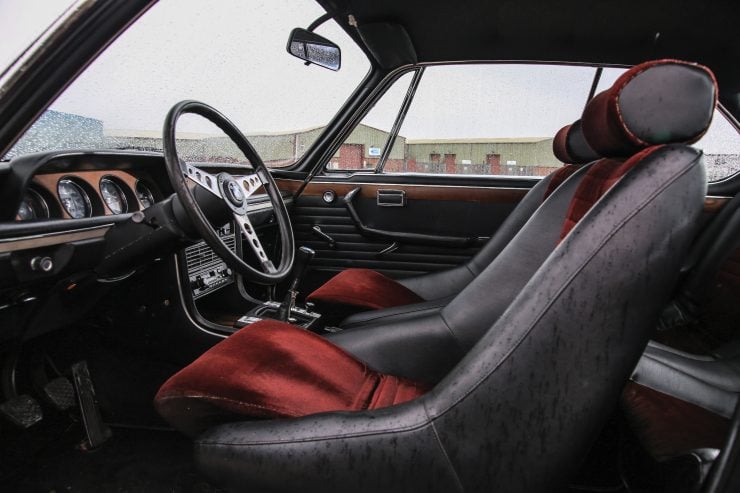 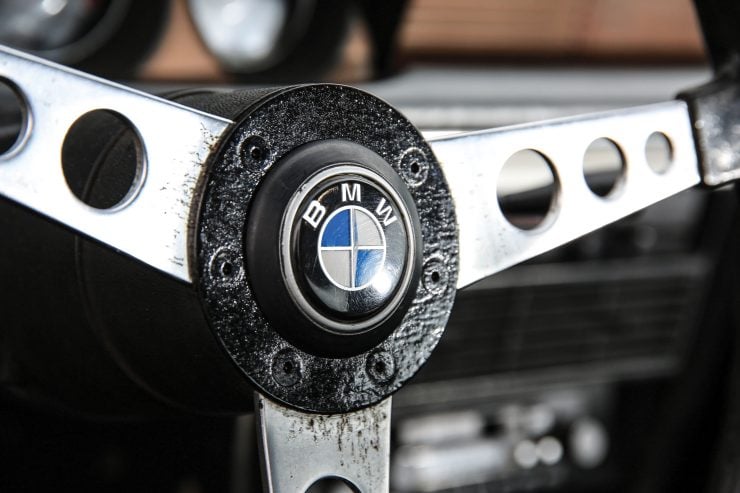 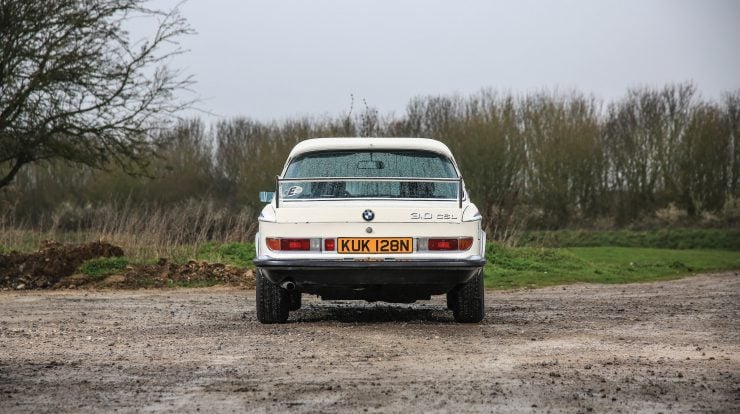 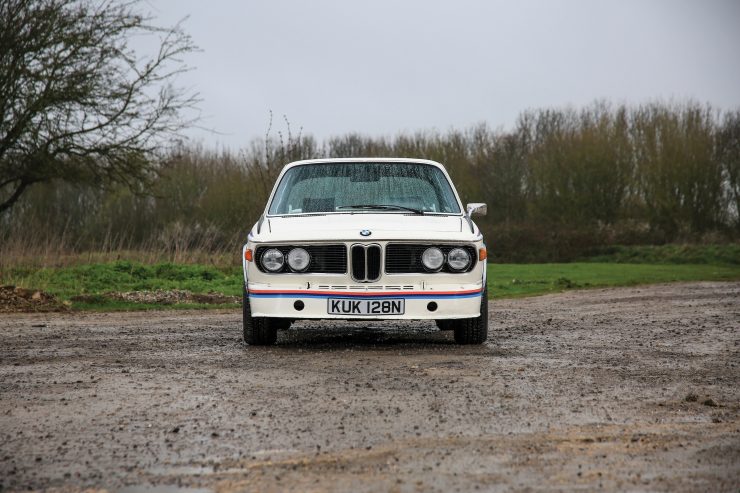 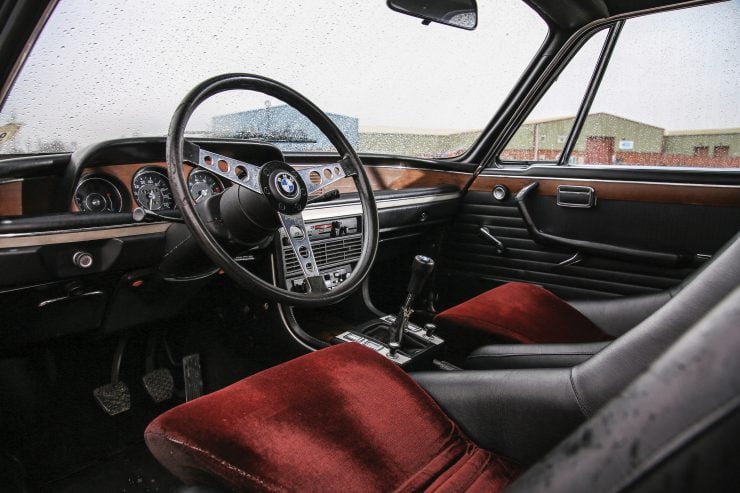 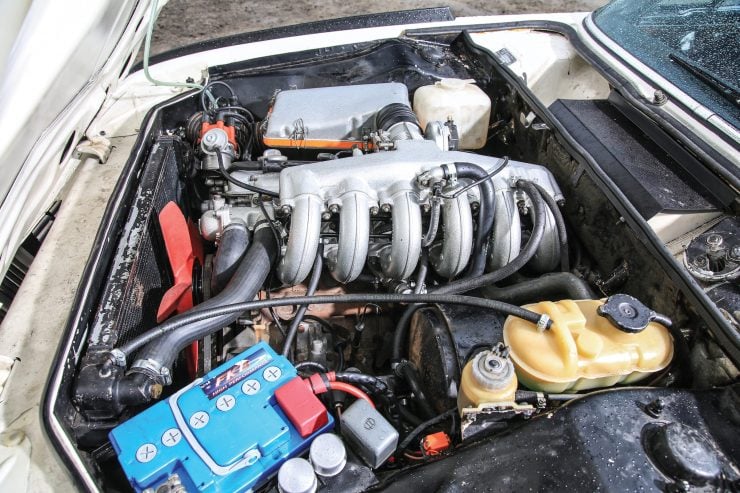 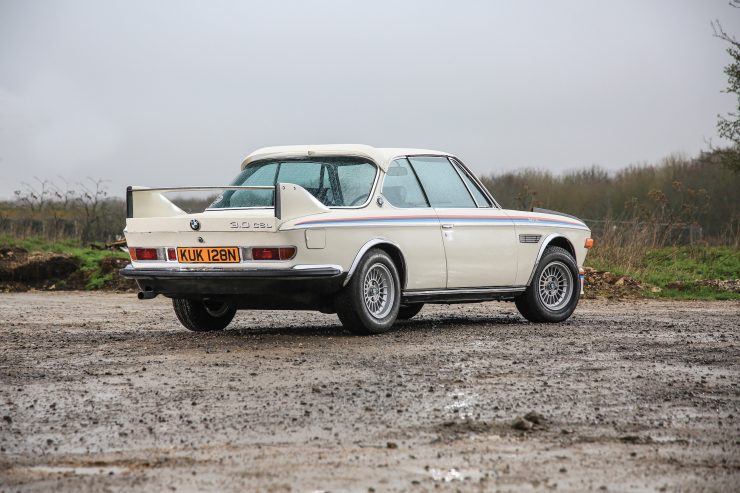 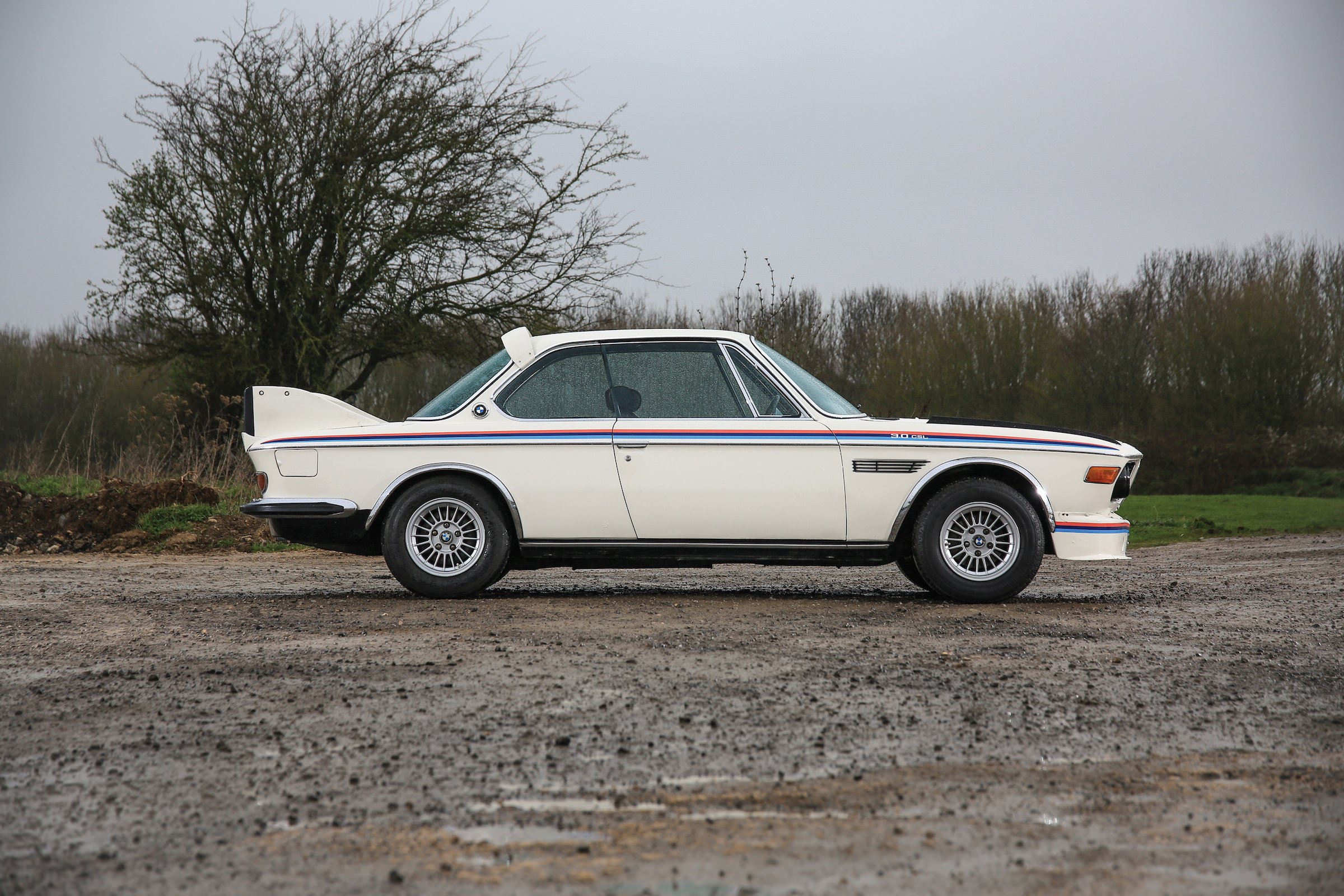