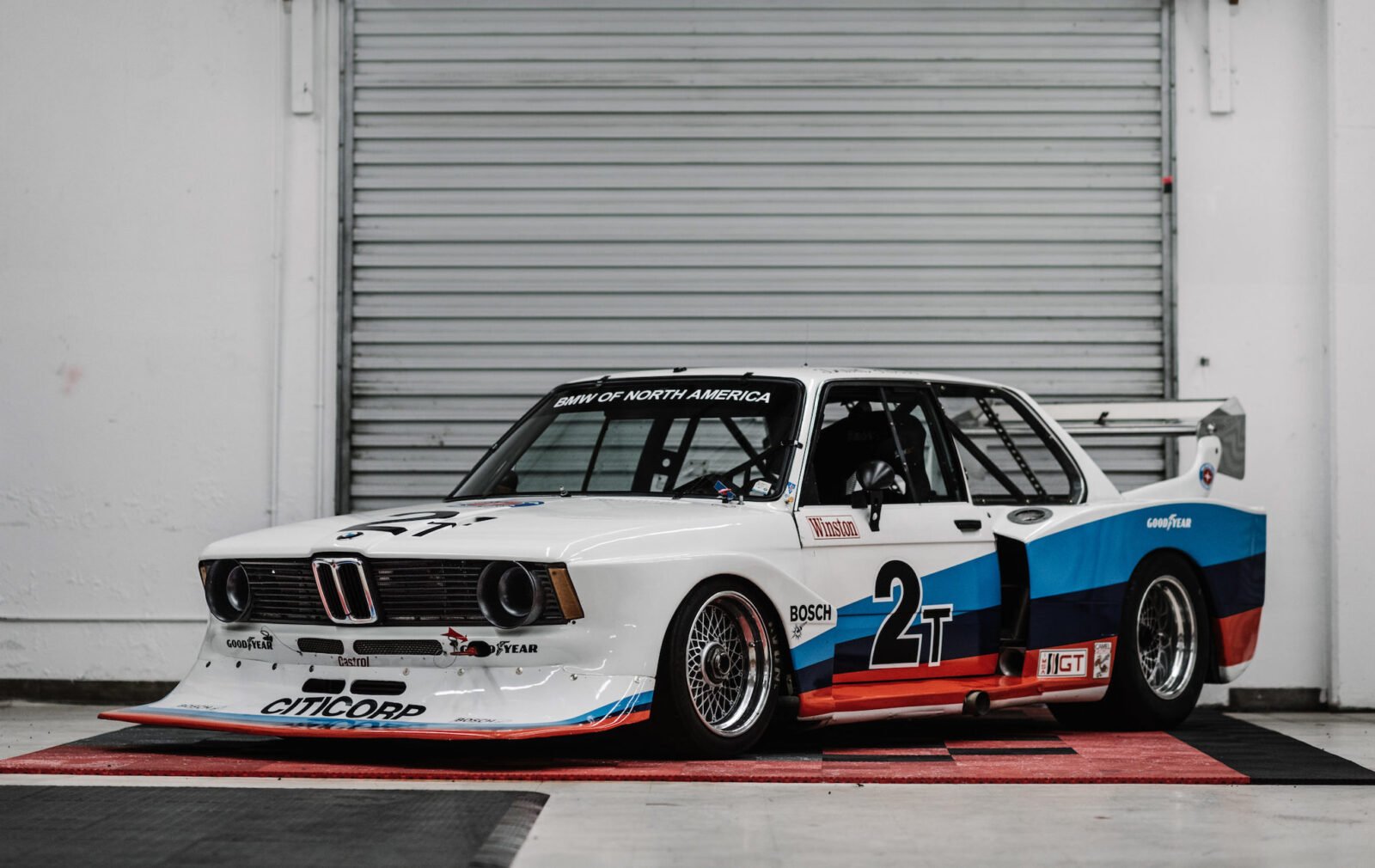 This is one of only five examples of the BMW 320i Turbo IMSA ever built, and this car is the only lightweight example, with a kerb weight almost 300 lbs lower than its four siblings.

Although BMW didn’t admit it at the time, the program to build the 320i Turbo with a heavily reworked M12 engine was really a skunkworks vehicle intended as a development car to experiment with a new turbocharged engine for future Formula 1 use.

The future Formula 1 engine would be named the M12/13, this turbocharged power unit was capable of 1350 bhp in full qualifying trim, it would be fitted to Brabham, Arrows, and Benetton cars, and it would win the Formula 1 World Championship in 1983 with Brabham. 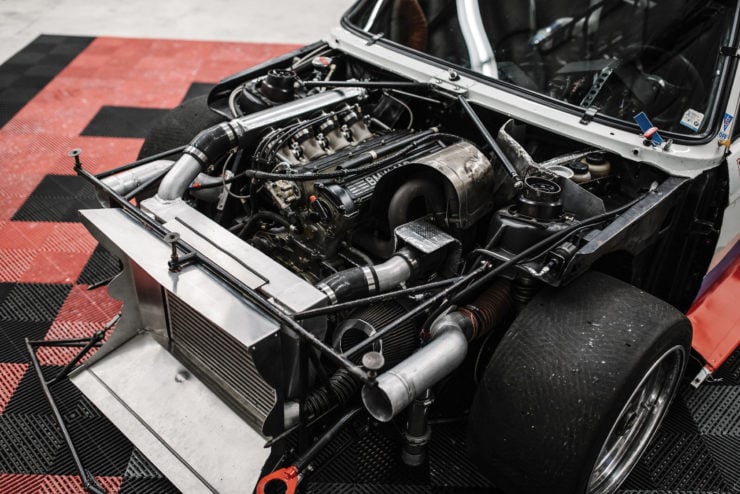 The program to build an E21-based IMSA GT racer started in 1976, it was intended to follow in the footsteps of the successful CSL racing program, and bring the fight to the dominant Porsche 935s.

BMW hired McLaren Engines in Livonia, Michigan (not connected to the McLaren F1 team) to develop a fire-breathing turbocharged version of the M12 engine, which itself was based on the M10 engine, called the M12/9. A lightweight fibreglass body was moulded with wider wheel arches and improved aerodynamics over the standard steel body from the BMW E21 on which it was based.

The 1977 season proved to be a struggle for the new car, largely because the new engines had to be tuned to within an inch of their lives in order to keep up with the Porsches. The BMWs did manage a handful of wins, but it was clear that the temperamental turbos needed more development work.

Initially just two cars were built by BMW Motorsport for the IMSA series, the car you see here is chassis number 003, it was built next as a full lightweight model with a total weight reduction of almost 300 lbs. The fibreglass bodywork was all new as well, a one piece front end was fitted with a large nose splitter and wider fender flares. 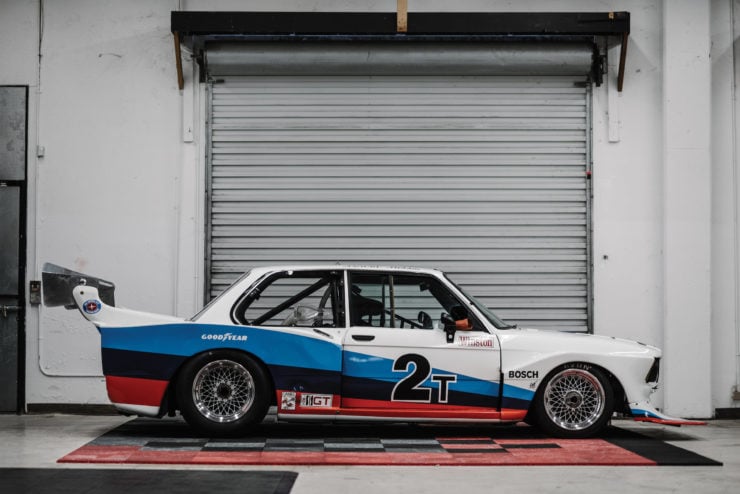 A newer version of the M12/9 engine was fitted now producing 600 hp, reliability was an issue for the car initially, largely due to the high state of tune, however it did manage a win at Sears Point in 1978 with a 2nd place at Mid Ohio in the same year.

By 1979 many of the gremlins had been worked out, an additional two cars were built for Jim Busby’s privateer team, so BMW and McLaren now had five cars working as development prototypes. This car was driven to victory at Hallett in 1979 and it took a series of 2nd places at Laguna Seca, Lime Rock, and Brainerd.

It was in September 1979 that this car had what was almost certainly its greatest moment – an outright win at Road America 500 with Derek Bell and David Hobbs taking turns behind the wheel. Funnily enough they almost didn’t run the car at Road America because the engine rarely lasted during longer races, so you can only imagine how nervous Bell and Hobbs must have been for the final laps heading towards the chequered flag.

BMW would pull the cars after the 1979 season to the disappointment of the teams who all knew they had a regular race winner on their hands.

This car has been in careful ownership since its retirement from full time racing, it now makes regular appearances at vintage motorsport events like Monterey Historics, the Wine Country Classic, and the Sonoma Speed Festival. It’s presented in tidy, original condition for its next owner, who hopefully continues to campaign it and add to the tally of race wins.

If you’d like to read more about this BMW you can click here to visit the listing on RM Sotheby’s. 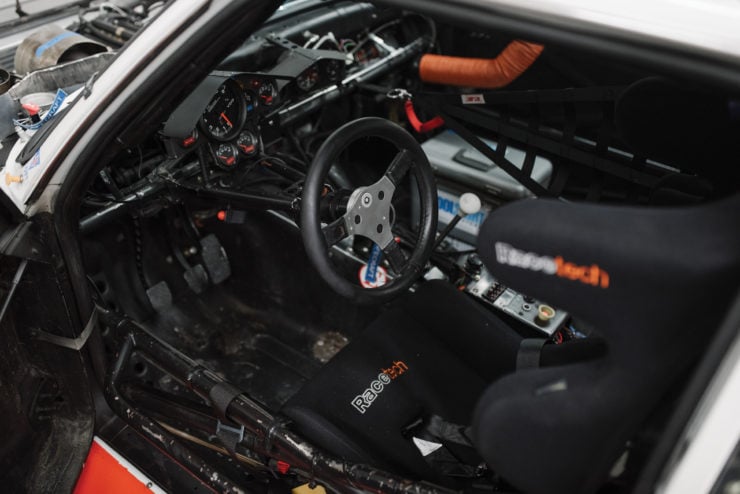 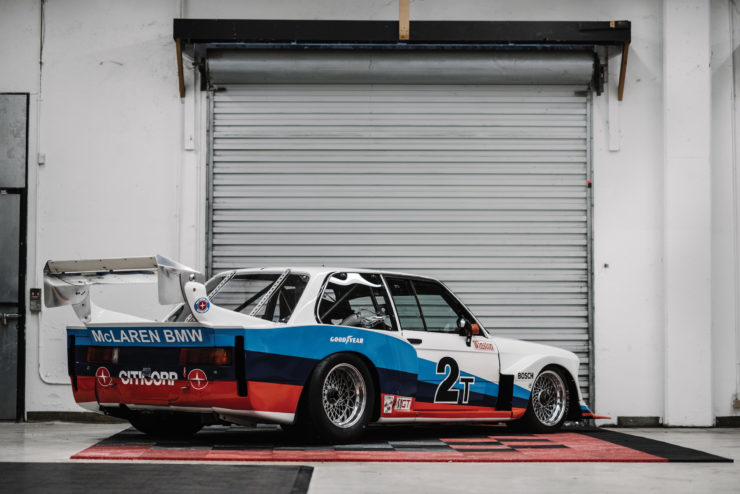 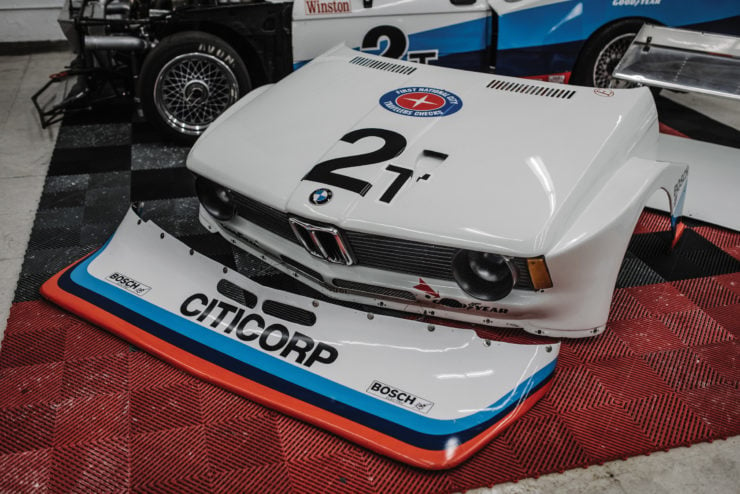 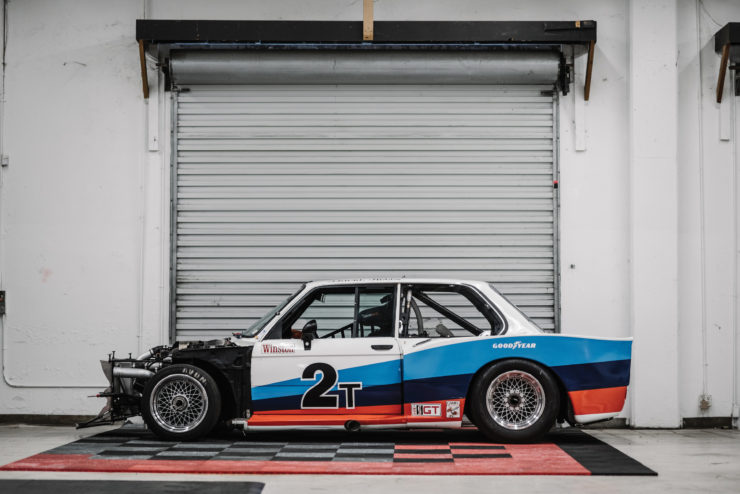 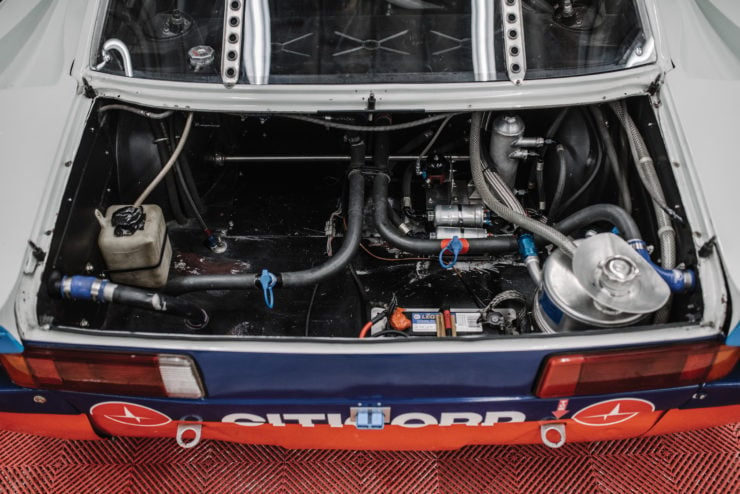 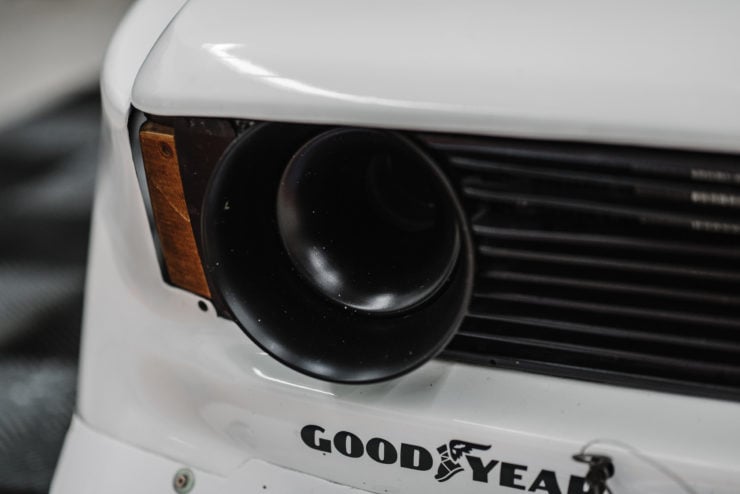 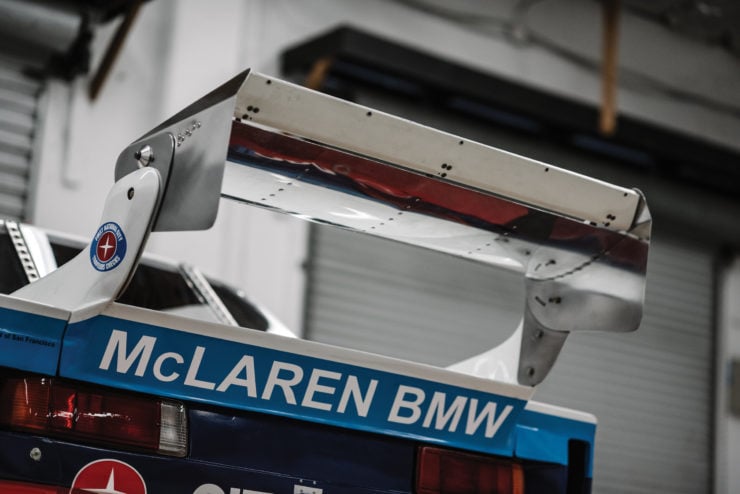 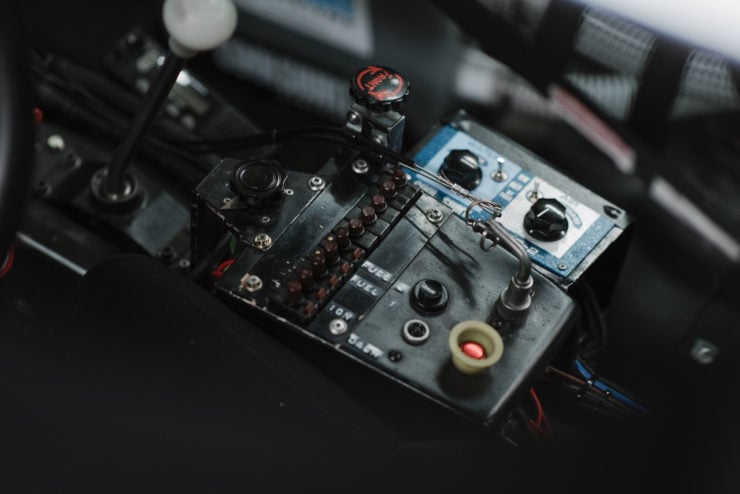 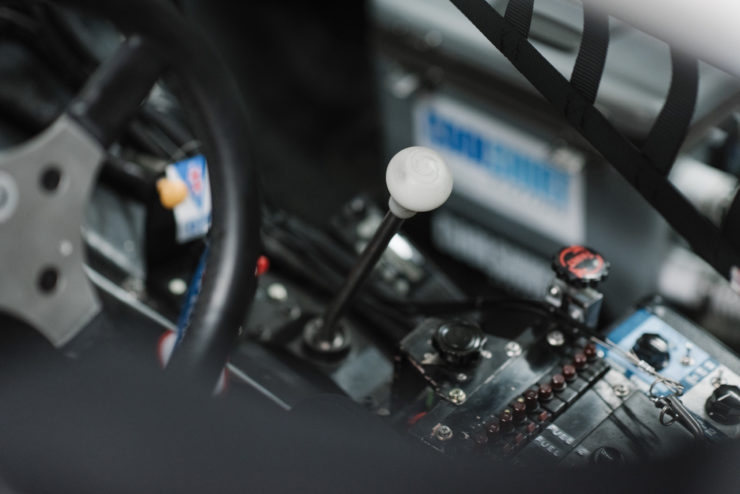 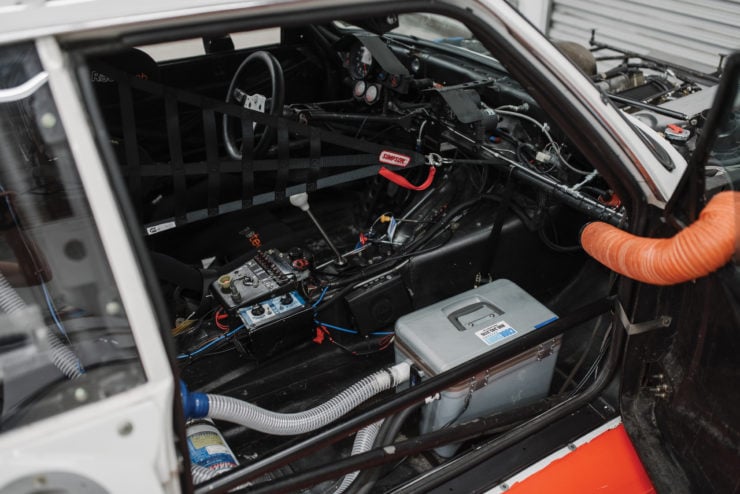 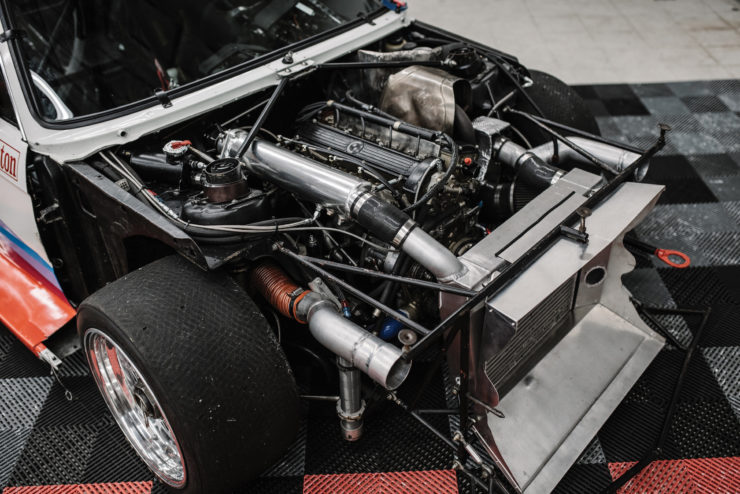 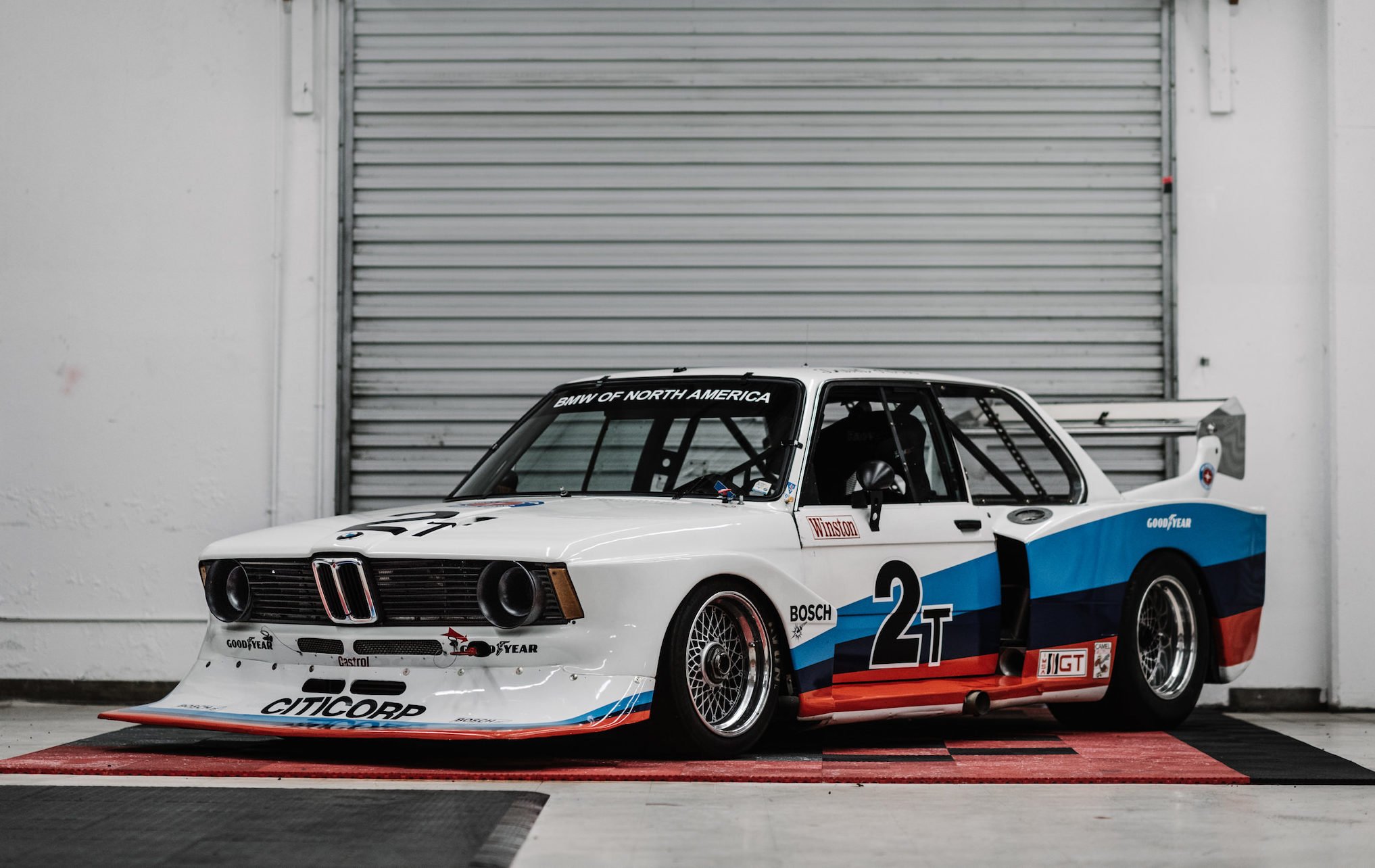 The Triumph TR8 is called the “English Corvette” by some, it’s essentially a V8 version of the Triumph TR7 that was produced in…

The Iso Grifo 7 Litri was to be one of the fastest road-legal production cars of its time, with a claimed top speed…

This Datsun 240Z has been completely rebuilt to compete in vintage motorsport events, and thanks to the remarkable racing successes of the 240Z in…