You Can Now Buy The Fastest Porsche 962 Ever Built 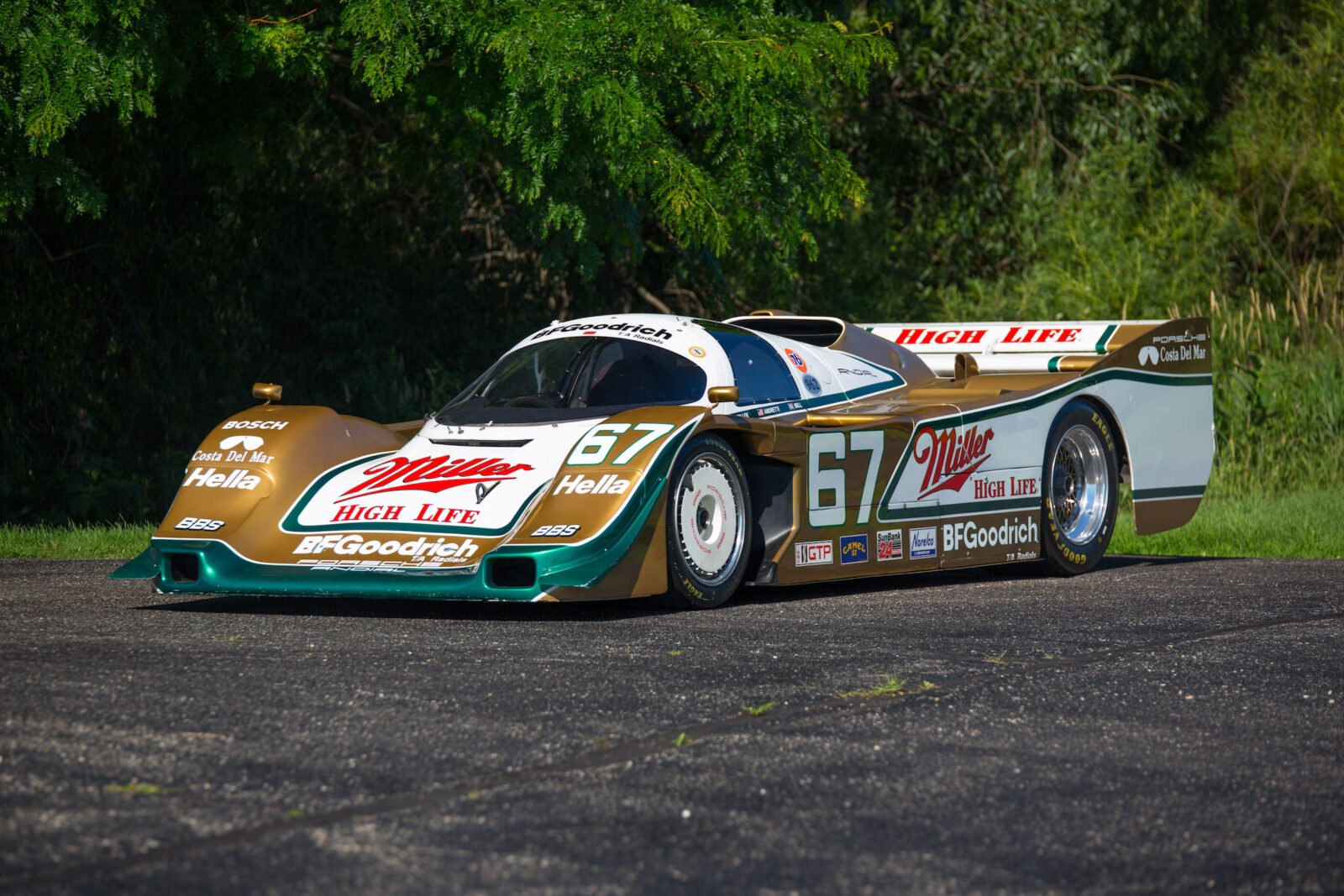 This is thought to be the fastest Porsche 962 ever built – chassis 962-108. Legendary racing driver Derek Bell drove the car to victory at the 1989 Daytona 24 Hours, and he would later describe it as his favorite 962 – quite a compliment coming from a man who drove many of them, and almost certainly knew them better than anyone.

The Porsche 962 was based directly, and very closely, on the Porsche 956. The main difference between the two cars was the wheelbase – the 962 had an extended chassis in order to bring the driver’s feet behind the centre axle line of the front wheels.

In the mid-1980s the North American IMSA GTP Championship changed the engineering requirements for cars – insisting that driver’s feet be further back behind the front wheel centre line for front impact safety. The 956 had been designed to compete in the IMSA GTP Championship (and the World Sportscar Championship), so it had to be revised in order to keep racing. 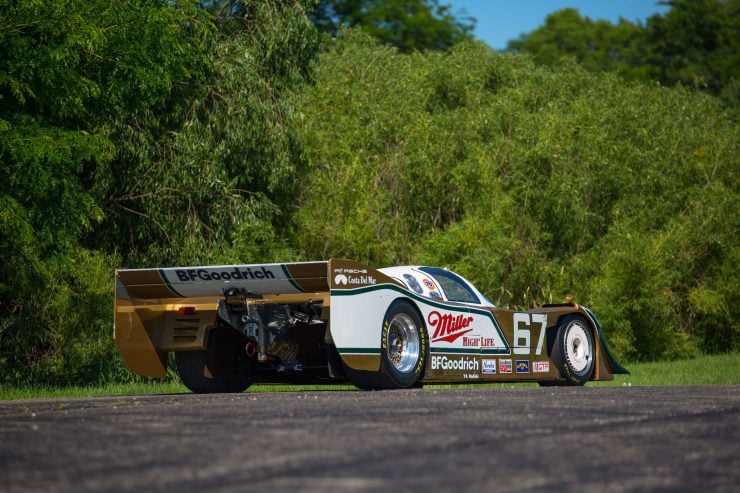 Rather than developing a new car from a blank slate, Porsche took the 956 and extended the wheelbase by 4.7 inches. A number of other safety upgrades were implemented, but the similarities between the 956 and 962 make it difficult for most to tell the difference between them, further exacerbated by the range of factory and custom built bodywork fitted to the cars over their competition lifespan.

The 956, and subsequent 962, were the first Porsches to be built with an aluminum monocoque chassis. This lowered weight and resulted in an 80% increase in stiffness compared to the frame of the outgoing Porsche 936, and over the long competitive life of the two models the chassis would be replaced by some teams with custom-built carbon or honeycomb tubs to further lower weight and improve rigidity.

Porsche would fit a number of variations of the same basic engine into the 962, all were turbocharged, air-cooled 6-cylinder boxers but capacity varied from 2.6 litres up to 3.2 litres, with the maximum power output reaching 850 hp. The dry weight of the IMSA-spec 962 is 850 kilograms, and the top speed is listed as “over” 350 km/h (218+ mph).

Over the course of its competition life, which extended from 1984 well into the 1990s, the Porsche 962 would win over 180 races – far surpassing the wins of its already successful forbear. 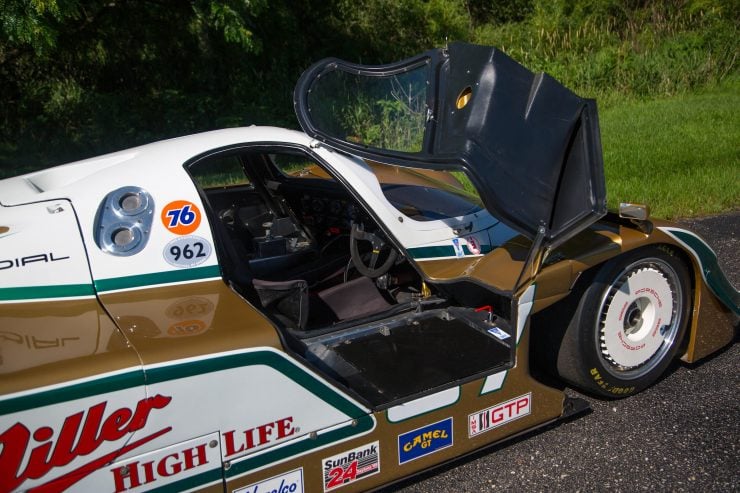 Since the car was retired in 1989 it’s been owned by collectors, and carefully maintained in its original 1989 Daytona 24 Hour livery. The car has been featured at Amelia Island, Rennsport, and Daytona, and it’s now accompanied by a framed Miller 962 Michael Colucci firesuit, along with a Miller jacket and t-shirts, a framed Miller 962 lithograph, a framed Miller 962 poster, as well as 1989 Champion 24 Hours of Daytona two-sided placards and a BF Goodrich competition brochure are included.

As this is inarguably one of the most historically significant of all the Porsche 962s it’ll be interested to see what it goes for when it’s auctioned by Mecum in late August. If you’d like to read more about it or register to bid you can click here to view the listing. 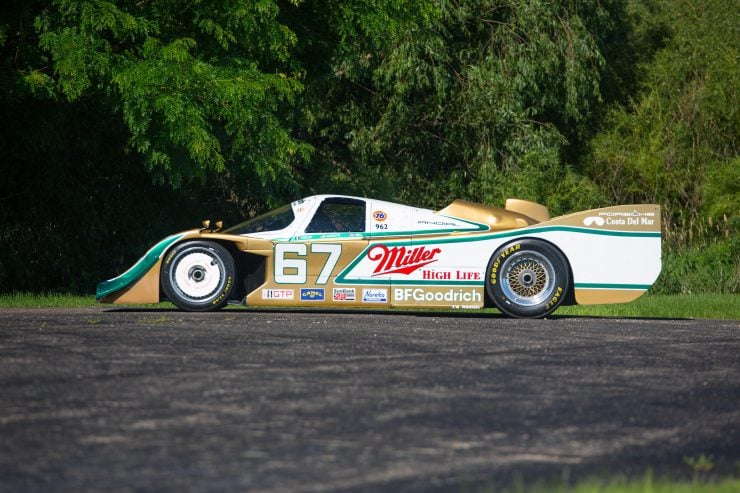 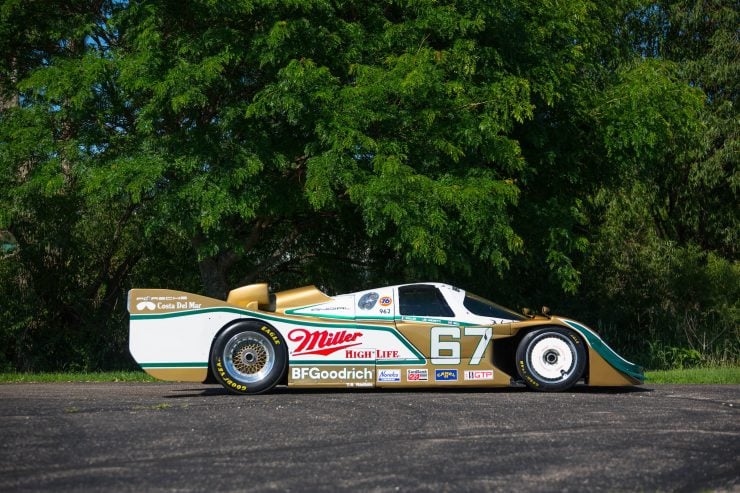 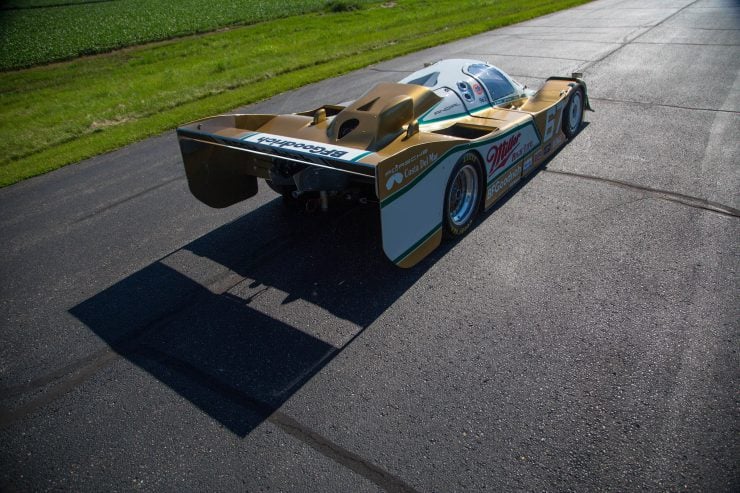 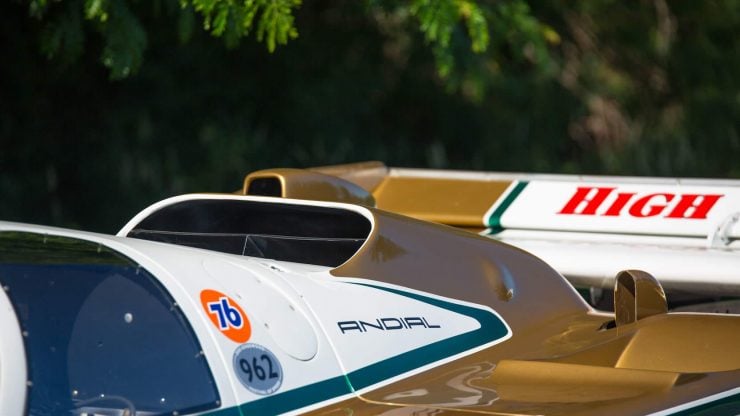 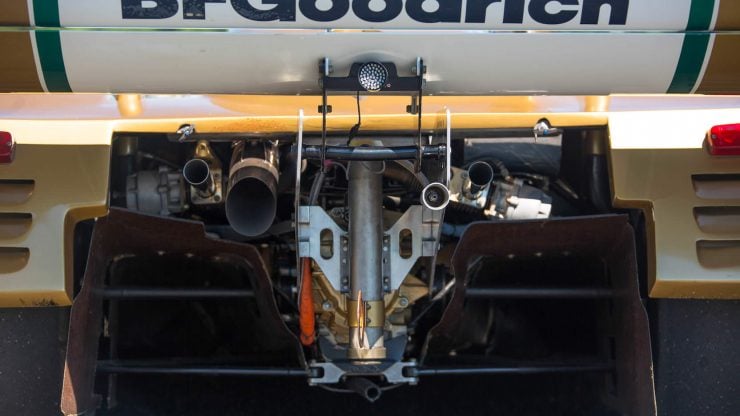 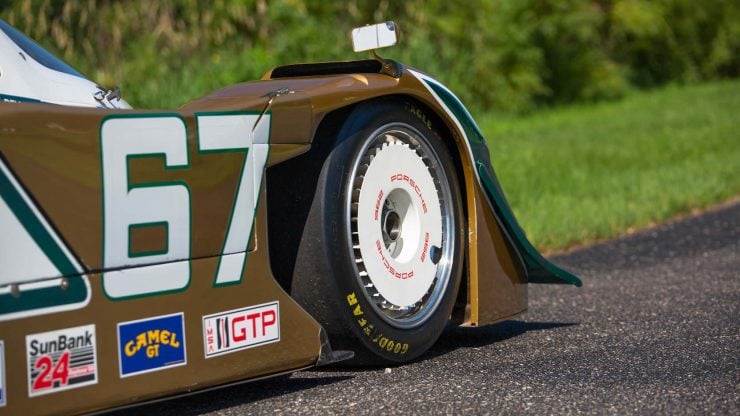 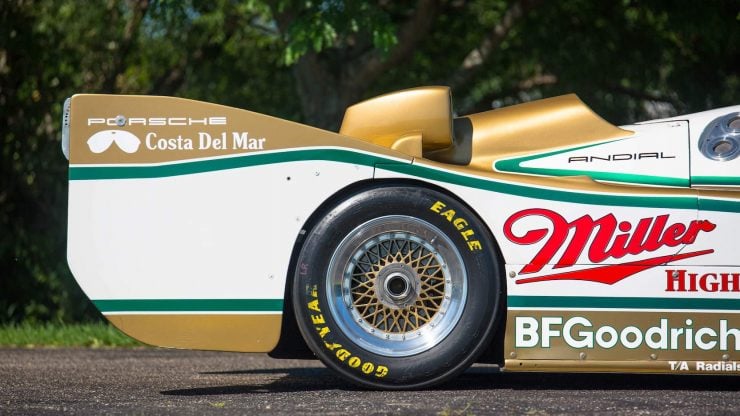 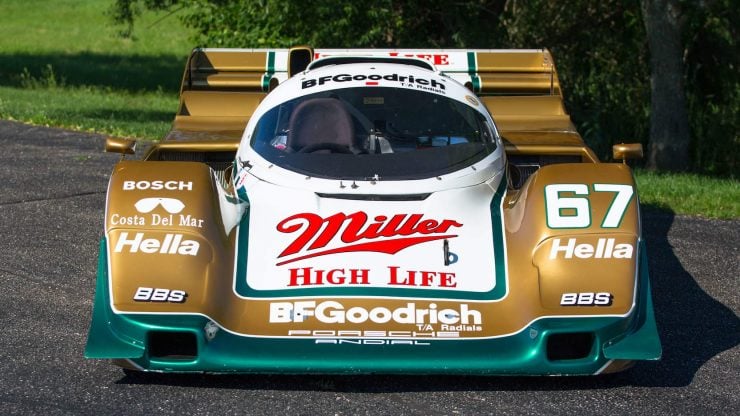 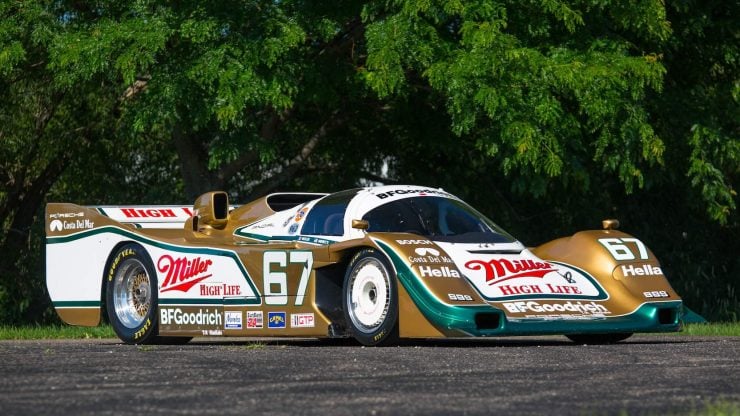 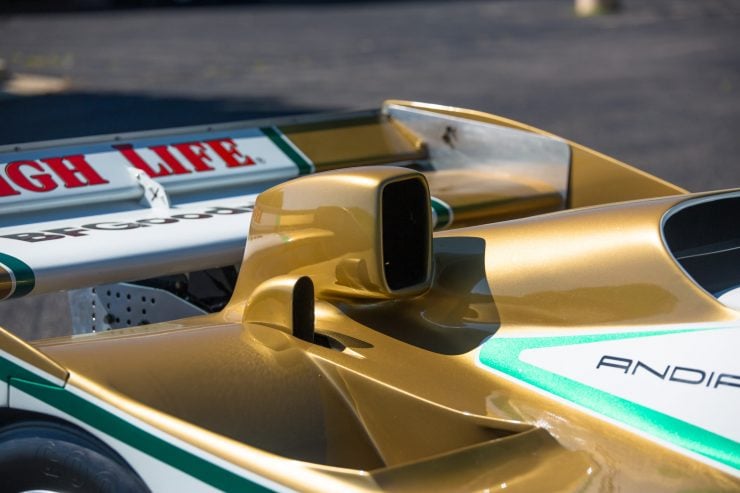 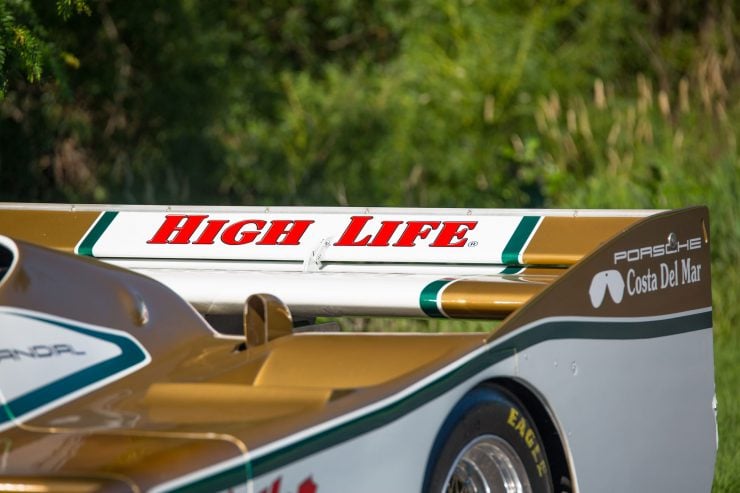 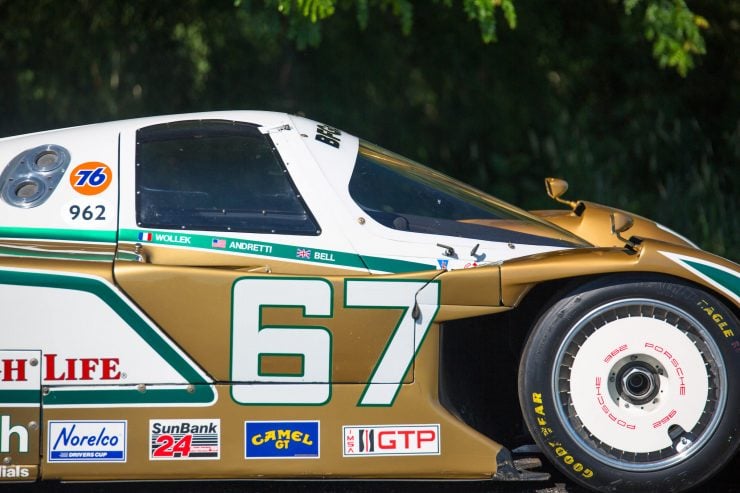 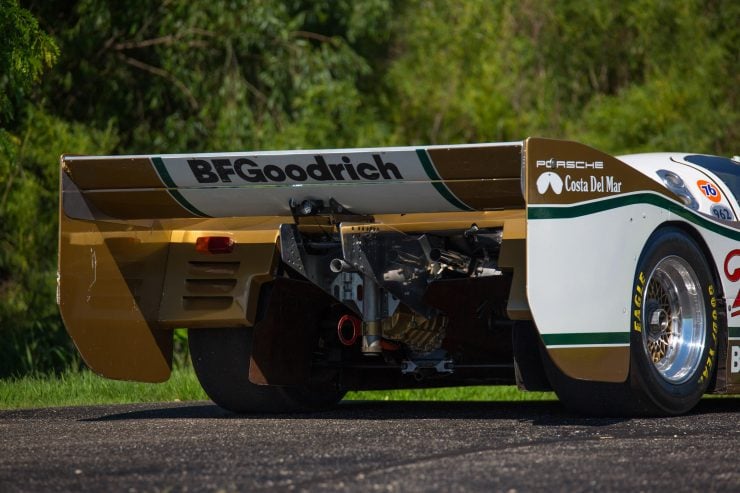 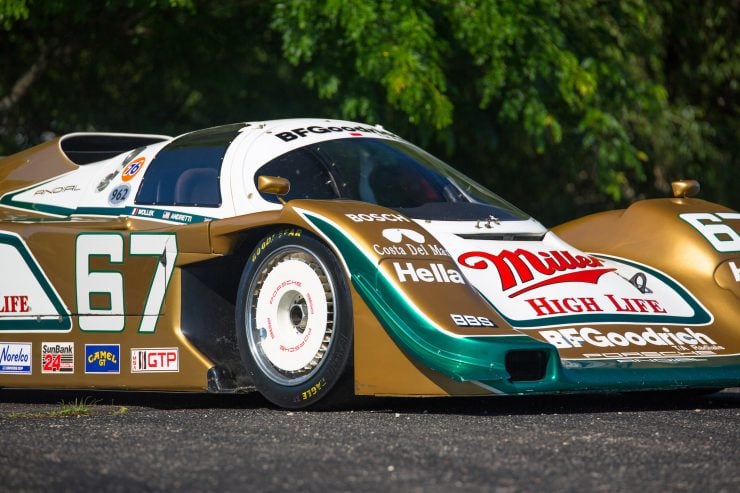 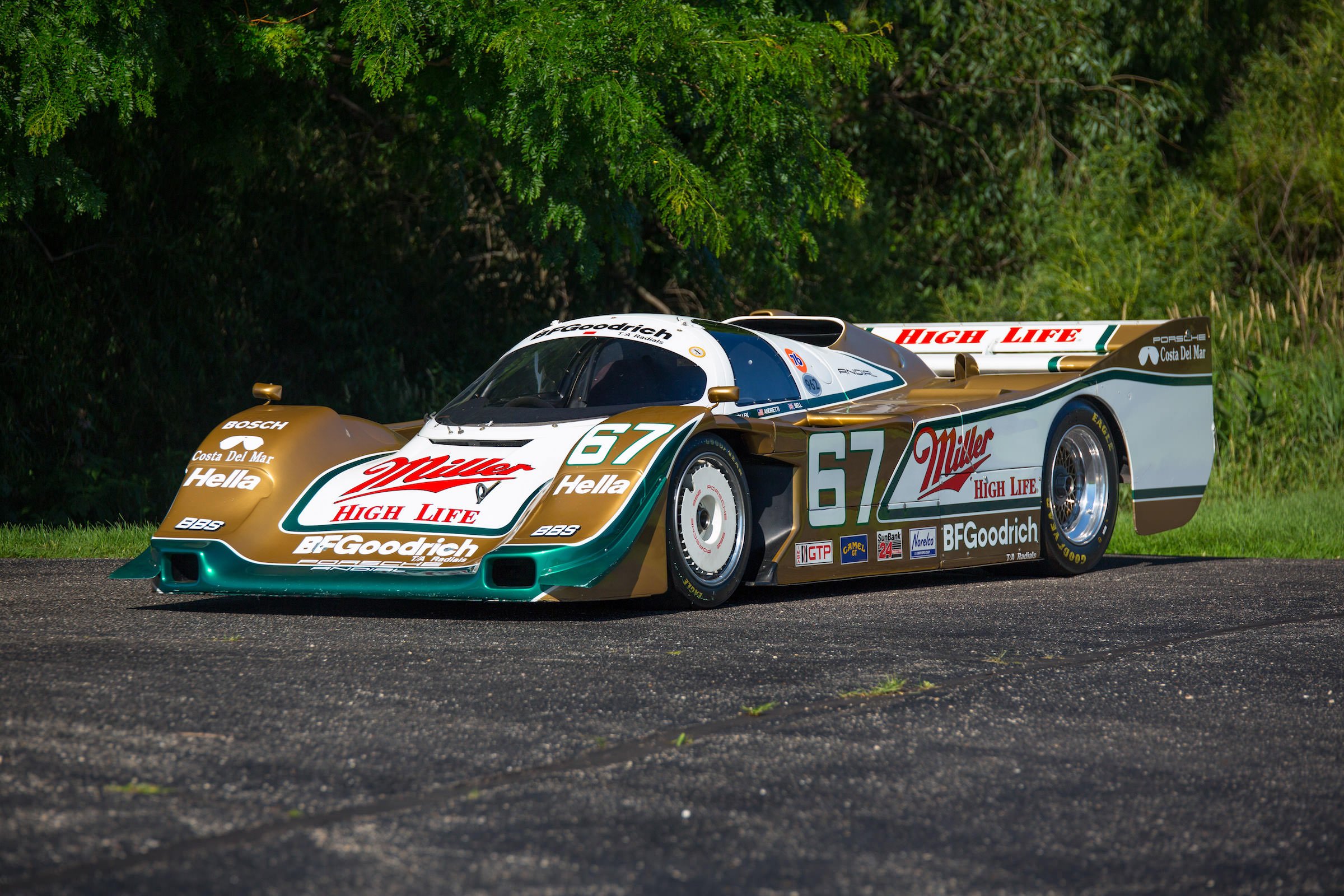