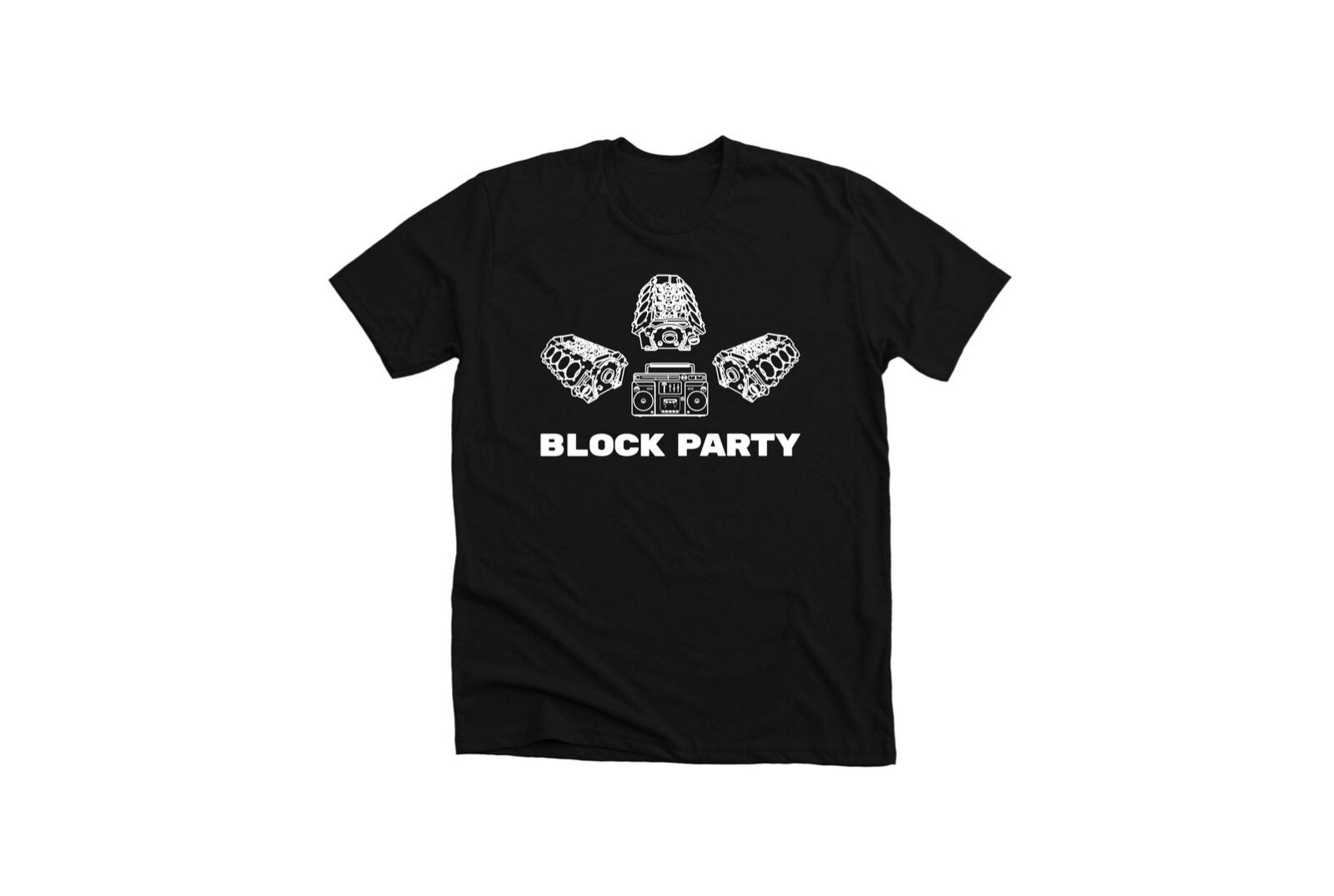 This is the new Silodrome Block Party Tee – each one is screenprinted in Richmond, Virginia onto a high-quality, 100% cotton American Apparel t-shirt.

Block parties are a legendary neighbourhood tradition across America, they’re truly egalitarian events that combine people from all walks of life with boomboxes, beer, and street food.

This t-shirt features our own take on a block party, with three V8 engine blocks surrounding a classic ’80s-style cassette boombox. It’s available in five colors and seven sizes ranging from XS through to 3XL.

Each of these t-shirts is made from 100% cotton in the United States by American Apparel, they make an ideal top layer in the summer and due to the cotton construction they’re also great as a base layer in the winter. 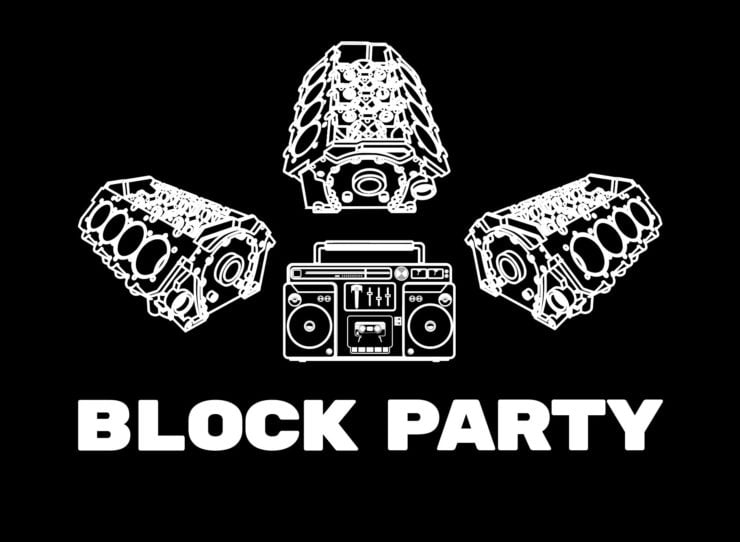