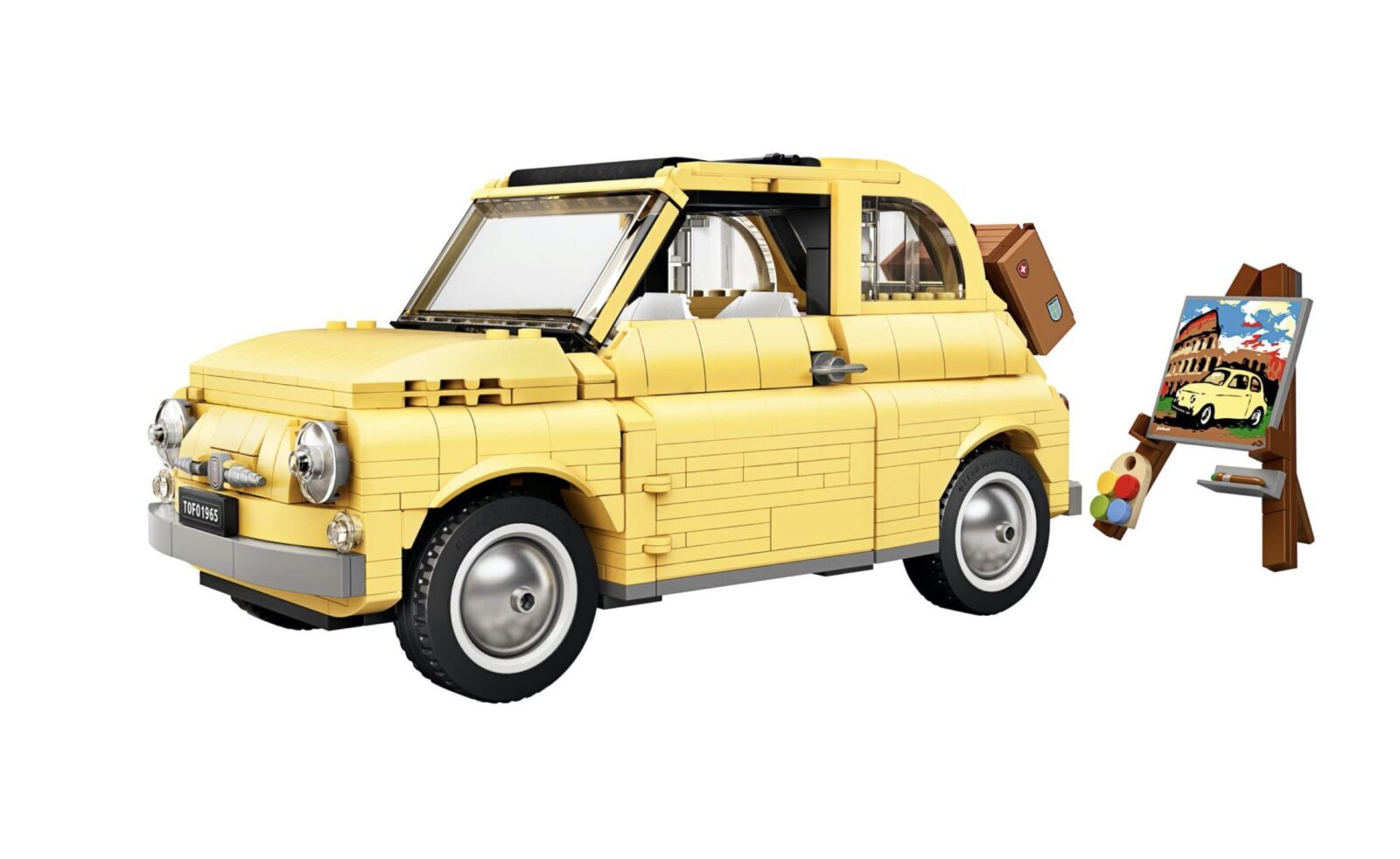 This is the new Lego Fiat 500, it’s part of the Creator Expert series and it includes a detailed engine, a front trunk with a spare tire, a detailed interior, a sunroof, and a rear mounted suitcase.

The Fiat 500, called the Cinquecento in Italy, was released in 1957. It was very small and affordable four-seat car that was ideally suited to use in the narrow streets and laneways of many Italian cities. The engine was a 497cc two-cylinder, air-cooled unit mounted in the rear and powering the rear wheels. Much like the German Beetle and the British Mini, the Fiat 500 became one of the most beloved cars of its time, eventually becoming fashion statements in themselves.

Lego released the Fiat 500 model with its own little animated short that shows the car in its original habitat as well as a series of posters, all of which we’ve included below. We’ve also included the video of the team at Lunar Bricks doing a speed built of the 500, it only took them 2 hours and 40 minutes to complete the kit however it would doubtless take less experienced builders a little more time.

The kit comes with a little suitcase that contains a set of Lego paints that pair with the included easel and canvas which displays an image of the Fiat 500 in front of the Coliseum in Rome. The kit is available directly from Lego with an MSRP of $89.99 USD. 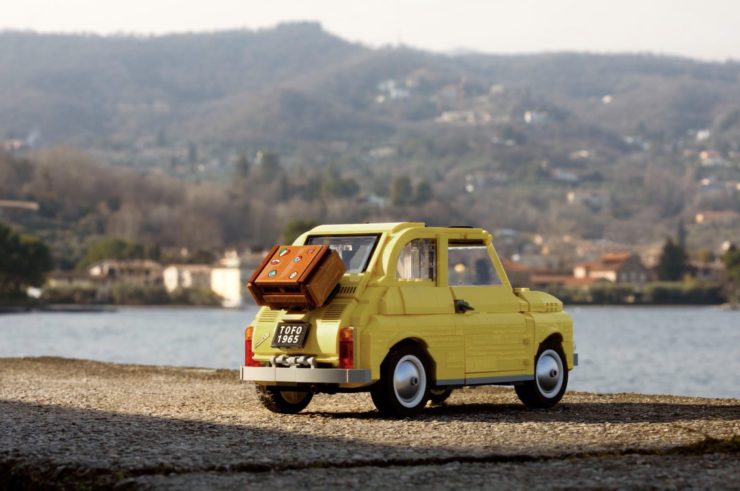 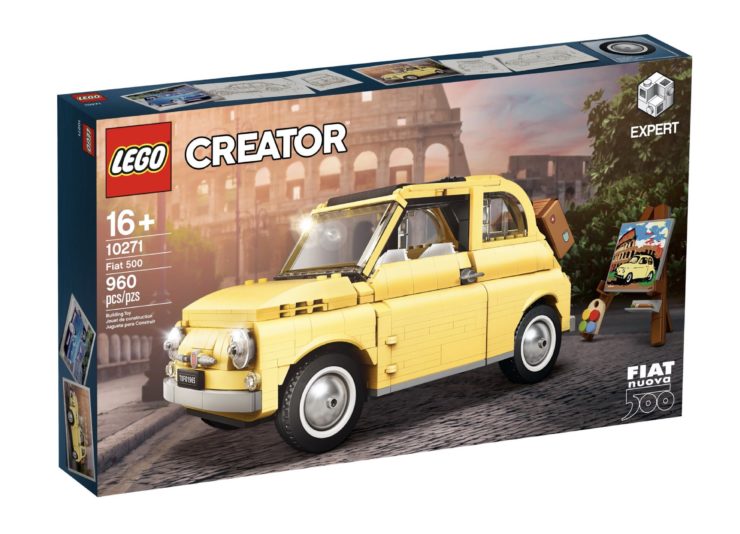 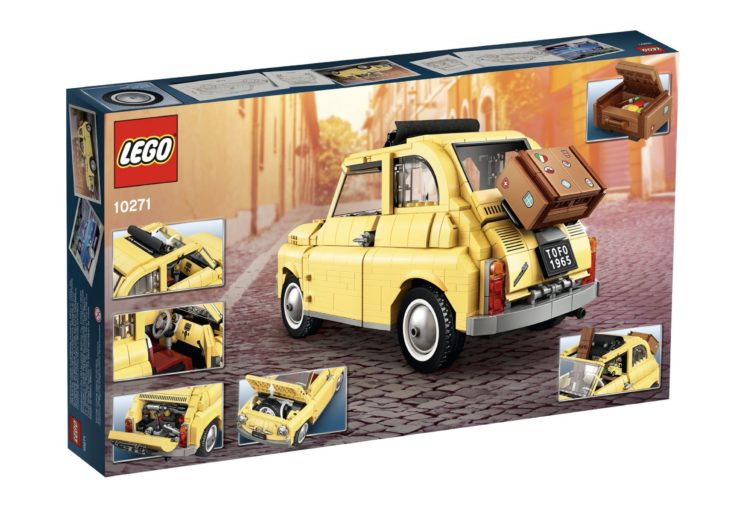 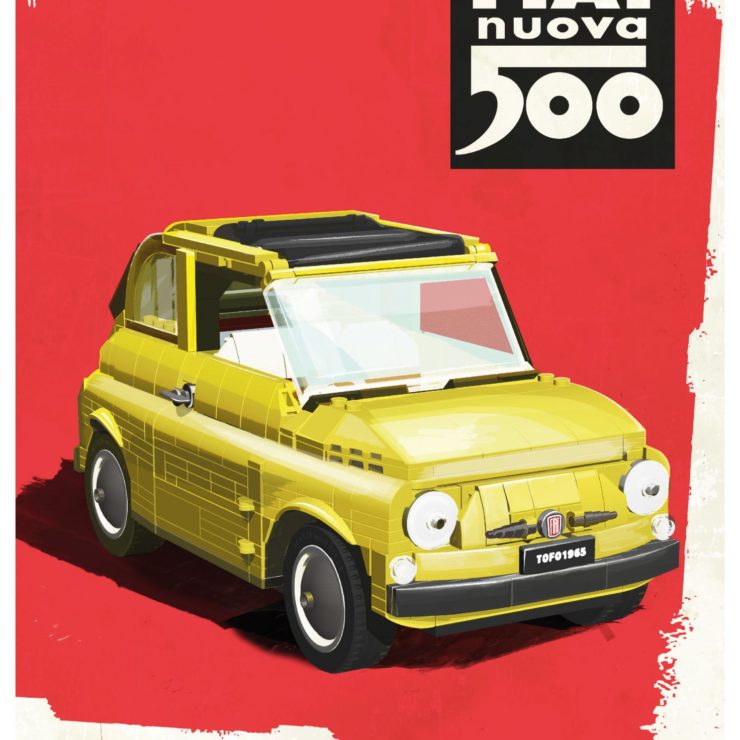 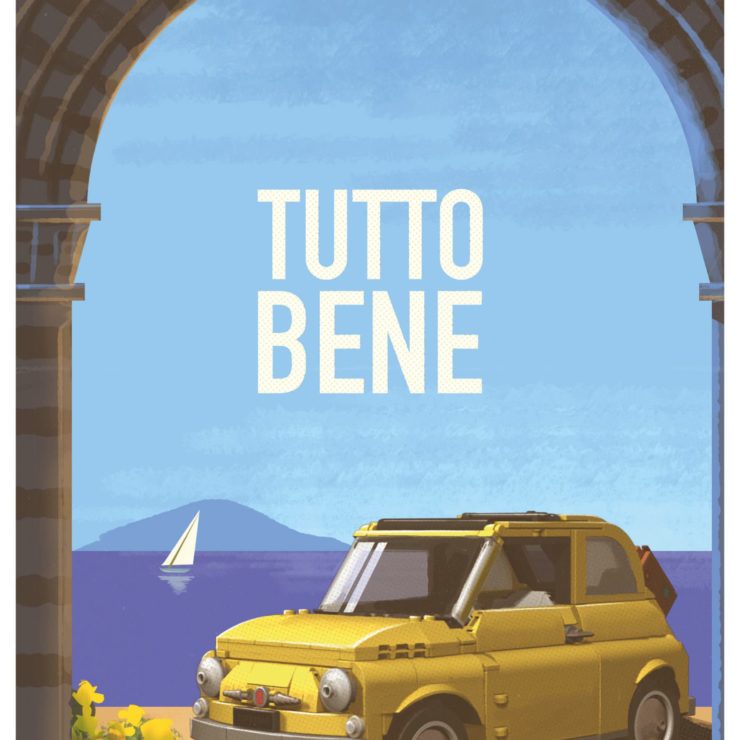 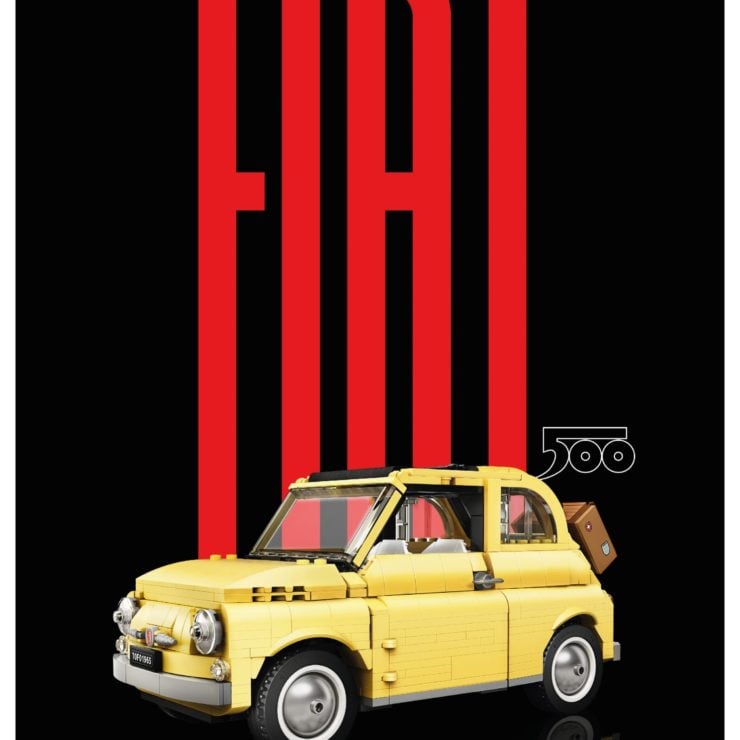 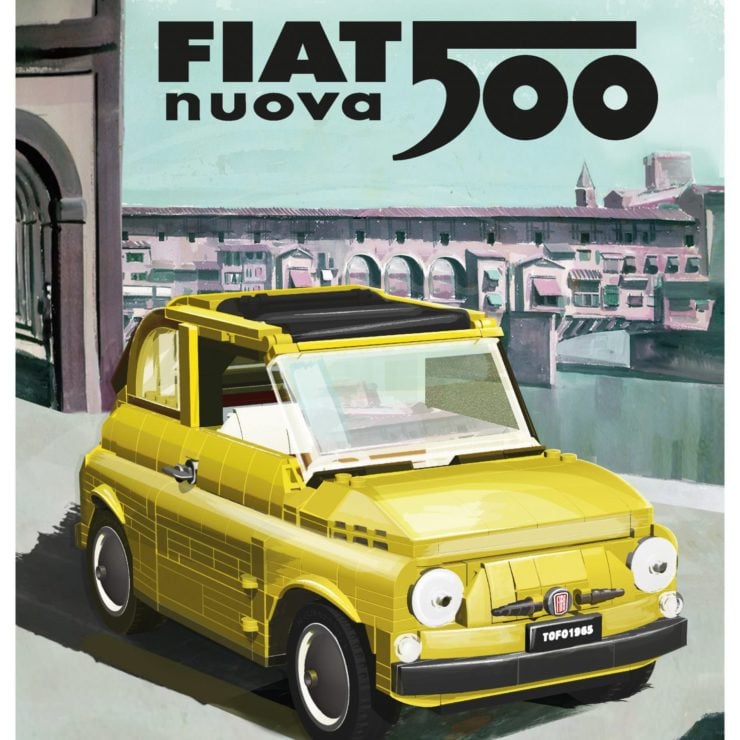 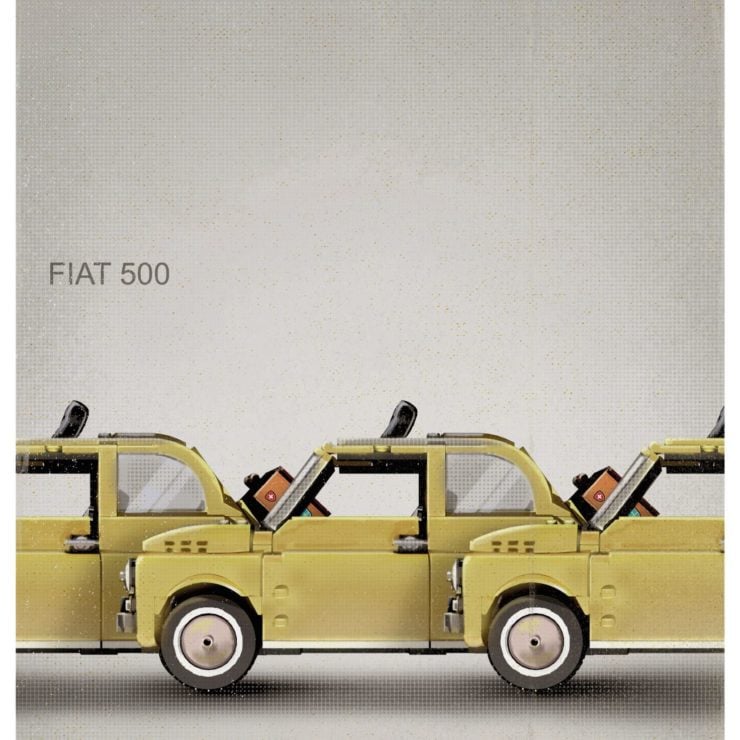 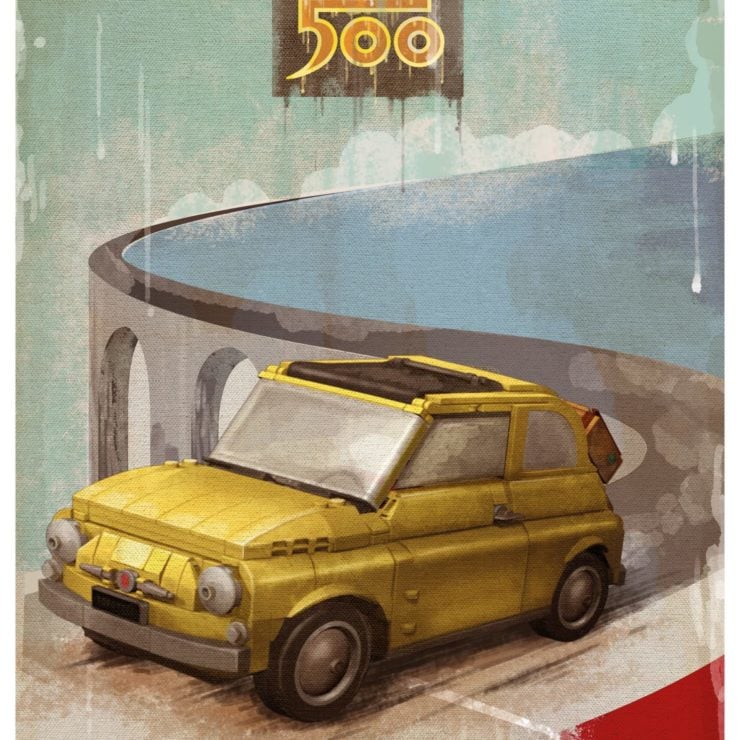 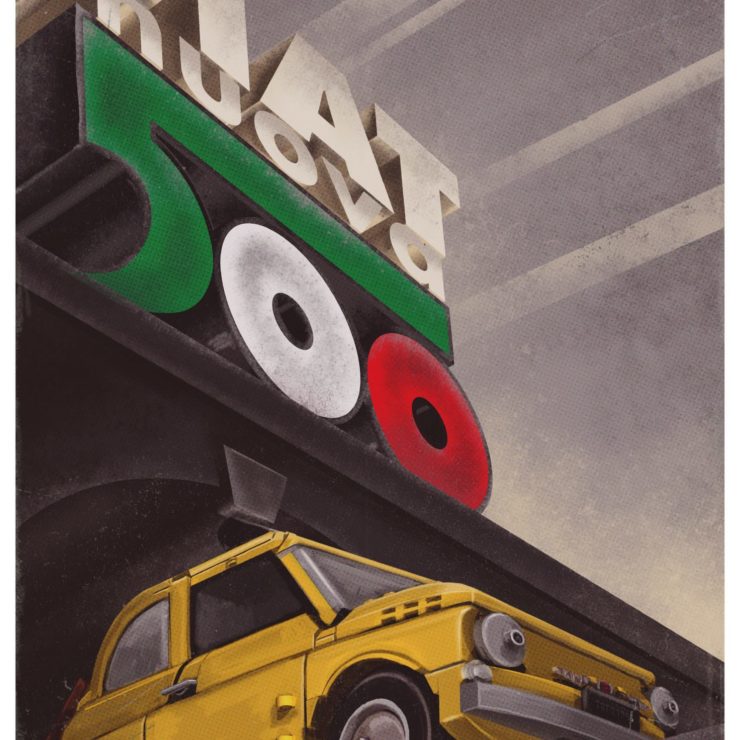 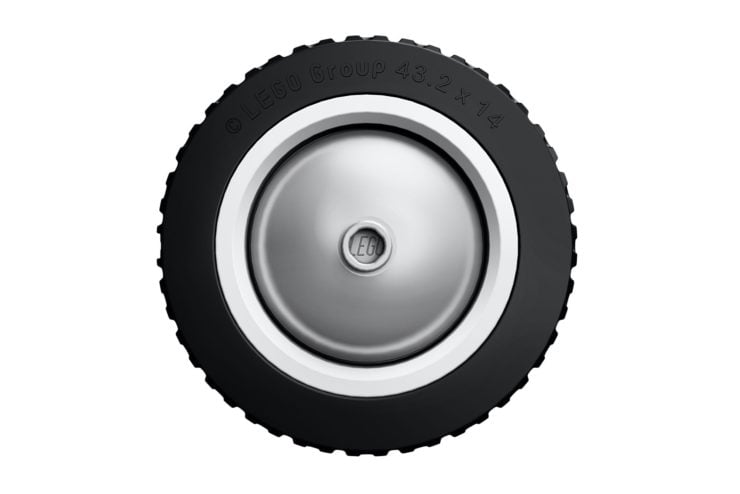 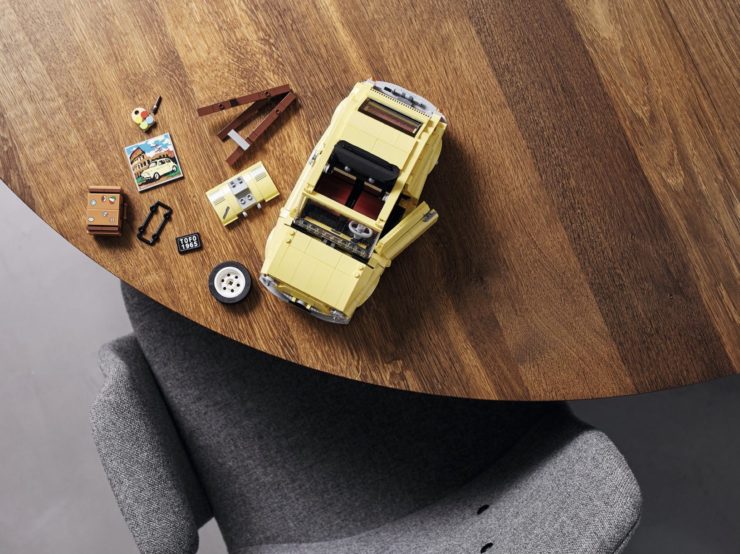 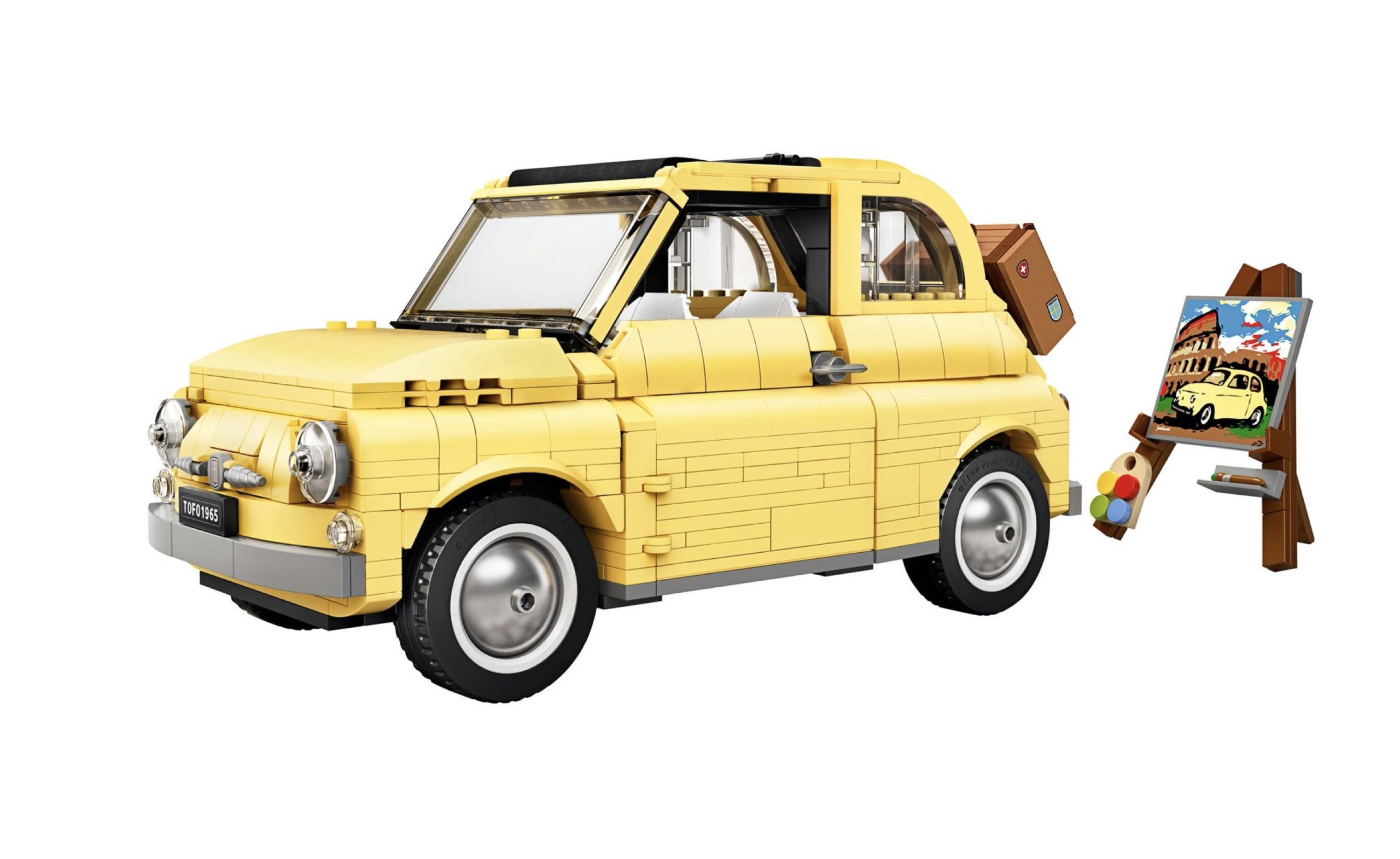