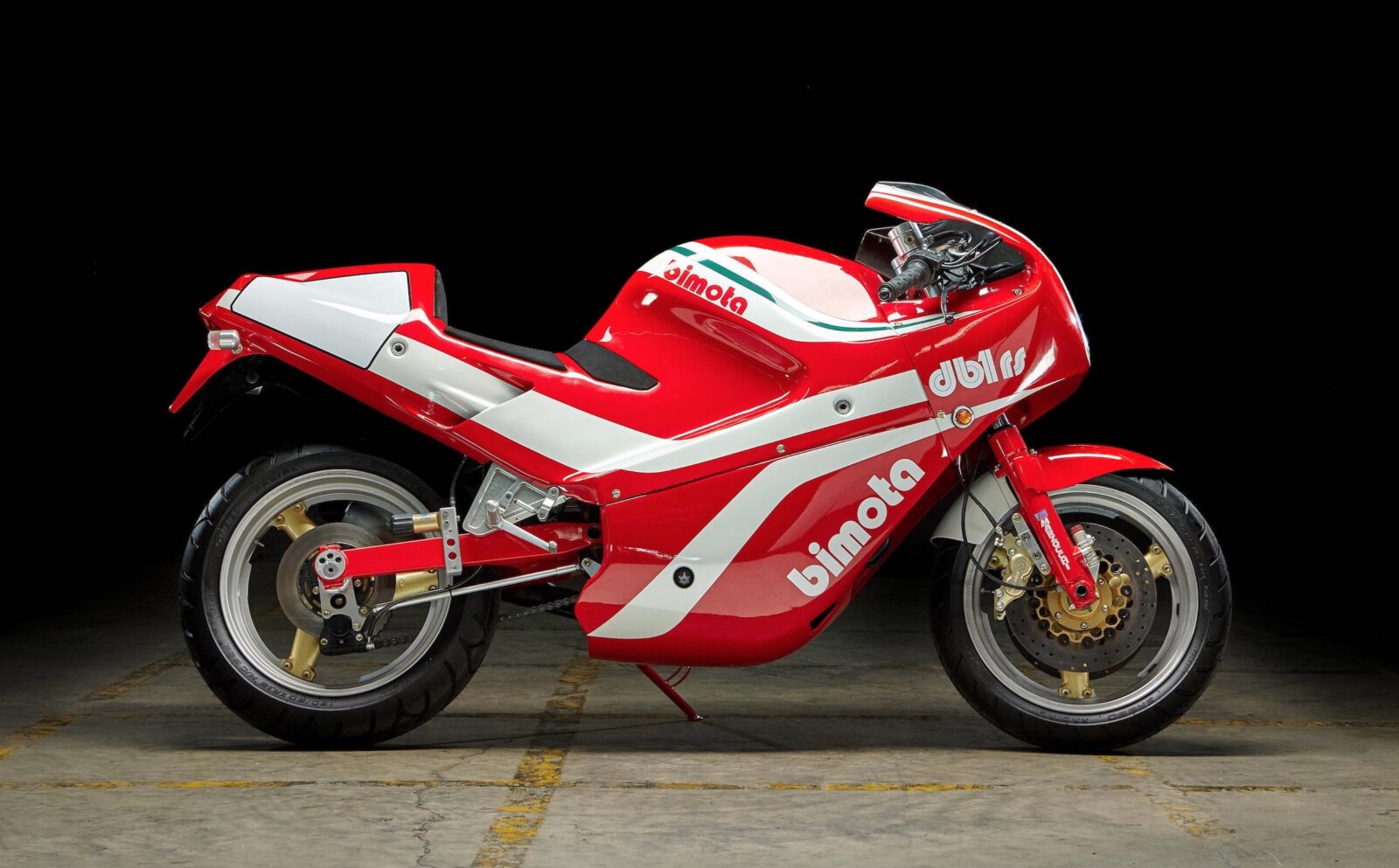 The Bimota DB1 was the first Ducati-engined bike from Bimota, it was originally developed as a joint project between the two companies overseen by Dr. Frederico Martini – a former Ducati engineer – but things soured before the project was completed, and the bike was very nearly never built.

The Bimota DB1 is a bike that I personally consider to be one of the most beautiful motorcycles of the 1980s, and I know I’m not alone in that. It was first introduced in 1985 and it was built in multiple iterations between 1985 and 1990.

The project was originally funded by Ducati who provided 50% upfront for Bimota to develop and all new motorcycle around the Ducati 750cc 90° Desmodromic L-twin engine. The bike was developed by the Giuseppe Morri-Federico Martini management team (after Massimo Tamburini left Bimota), but before it could be completed Ducati cancelled the contract due to personal difference between executives at the two companies.

The team at Bimota liked the design so much they offered to refund Ducati their 50% deposit if they could take ownership of the design – Ducati agreed and the rest is history. Ducati would go on to develop the somewhat similar Ducati Paso, but there are few who would argue that the Bimota isn’t the superior motorcycle. 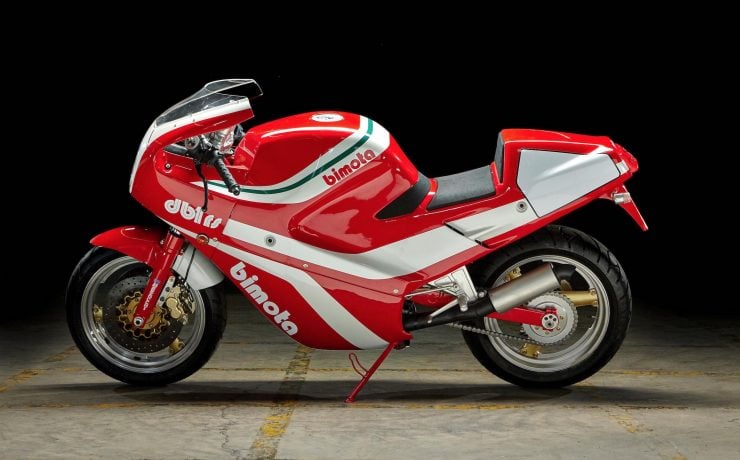 Interestingly many examples of the Bimota DB1SR (like the one pictured here) have decals that actually say DB1RS, this is thought to have been a mistaken order at the factory, but most DB1SRs are labeled “DB1RS” on their fairings due to this error.

Bimota gave the DB1SR 4-piston calipers up front as well as larger 41mm carburettors, a hotter cam shaft, and a 2-into-1 exhaust with a higher flow-rate. This gave the model more power compared to its predecessor, and it was sold by Bimota from 1987 and 1989. 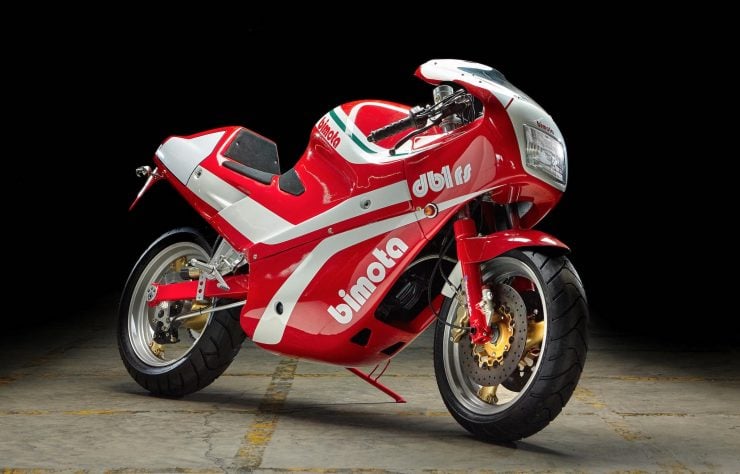 Bimota is probably the most famous motorcycle manufacturer in the world who doesn’t build their own engines. The company was founded in 1973 in Rimini, Italy by three friends – Valerio Bianchi, Giuseppe Morri, and Massimo Tamburini. The company name is the combination of the first two letters of each man’s surname Bi-Mo-Ta.

Japanese superbikes, led by the likes of the Honda CB750, had already begun to take over the world by 1973. Their engines were fantastic, but the frames were typically too flexible and the suspension wasn’t up to snuff.

The team at Bimota solved this by creating technically advanced motorcycle chassis designed to accommodate various Japanese engines, these frames could be ordered as rolling chassis with suspension, brakes, wheels, and bodywork, only requiring the donor engine/transmission and wiring harness. 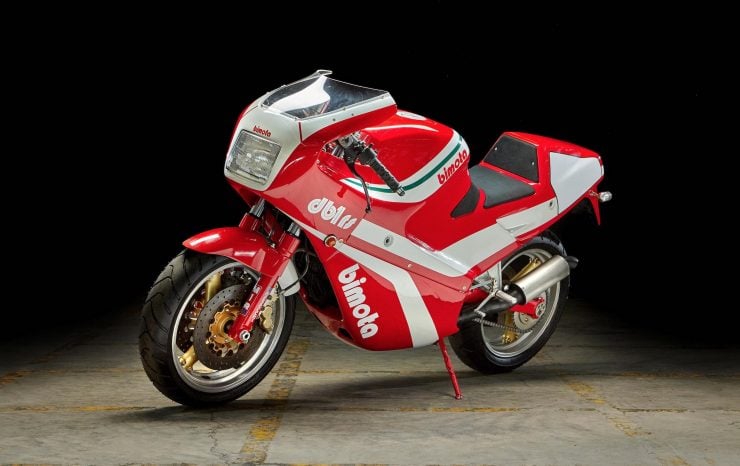 Bimota has a nice and easy naming strategy for their motorcycles – the first letter is the engine manufacturer, the second letter is their own name, and the number tells you how many models Bimota has made using engines from that manufacturer. For example, the DB1 is the first Ducati-engined Bimota, and the Bimota HB3 is the third Bimota to use a Honda engine.

The Bimota DB1SR you see here is a comprehensively restored example to what is believed to be original condition – including the original RS/SR error with the decals. Bonhams list it as being in stunning condition, but its history is largely a mystery.

The bike has frame no. DB1*00602* with the VIN: 7AT0L103X18000603 and it looks to be in almost showroom fresh condition. If you’d like to read more about it or register to bid you can click here to visit the listing on Bonhams. 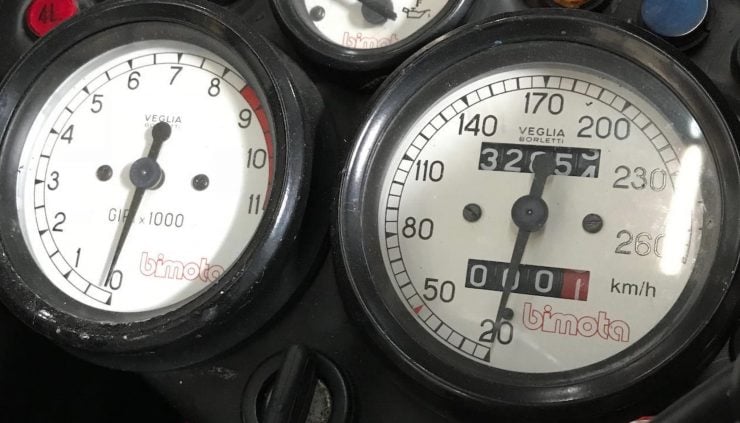 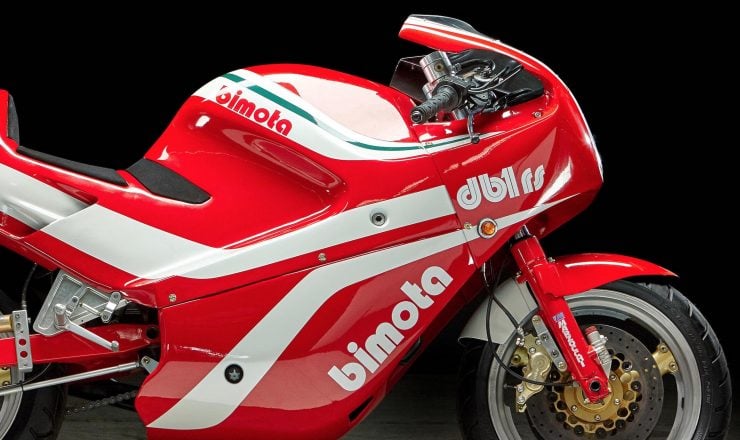 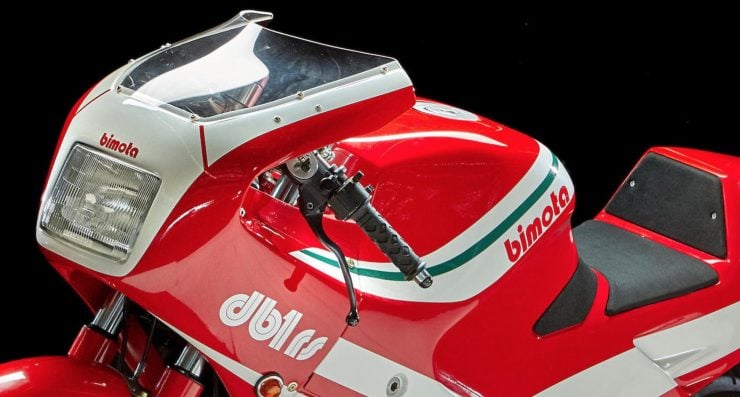 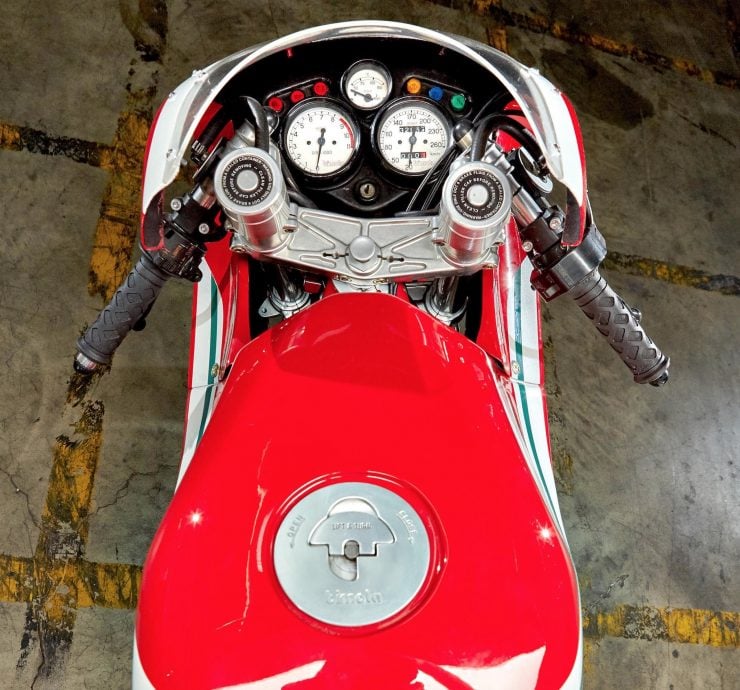 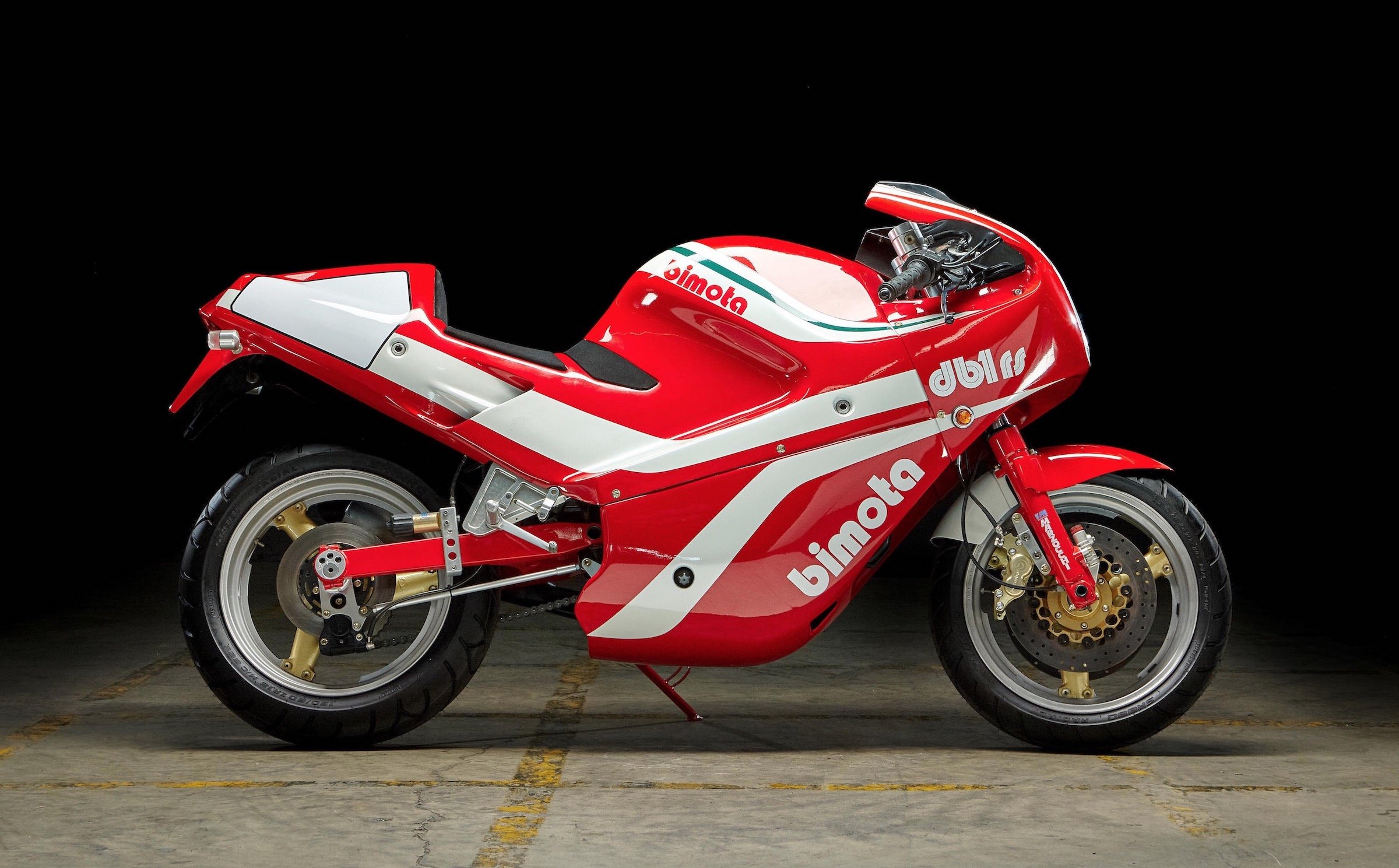