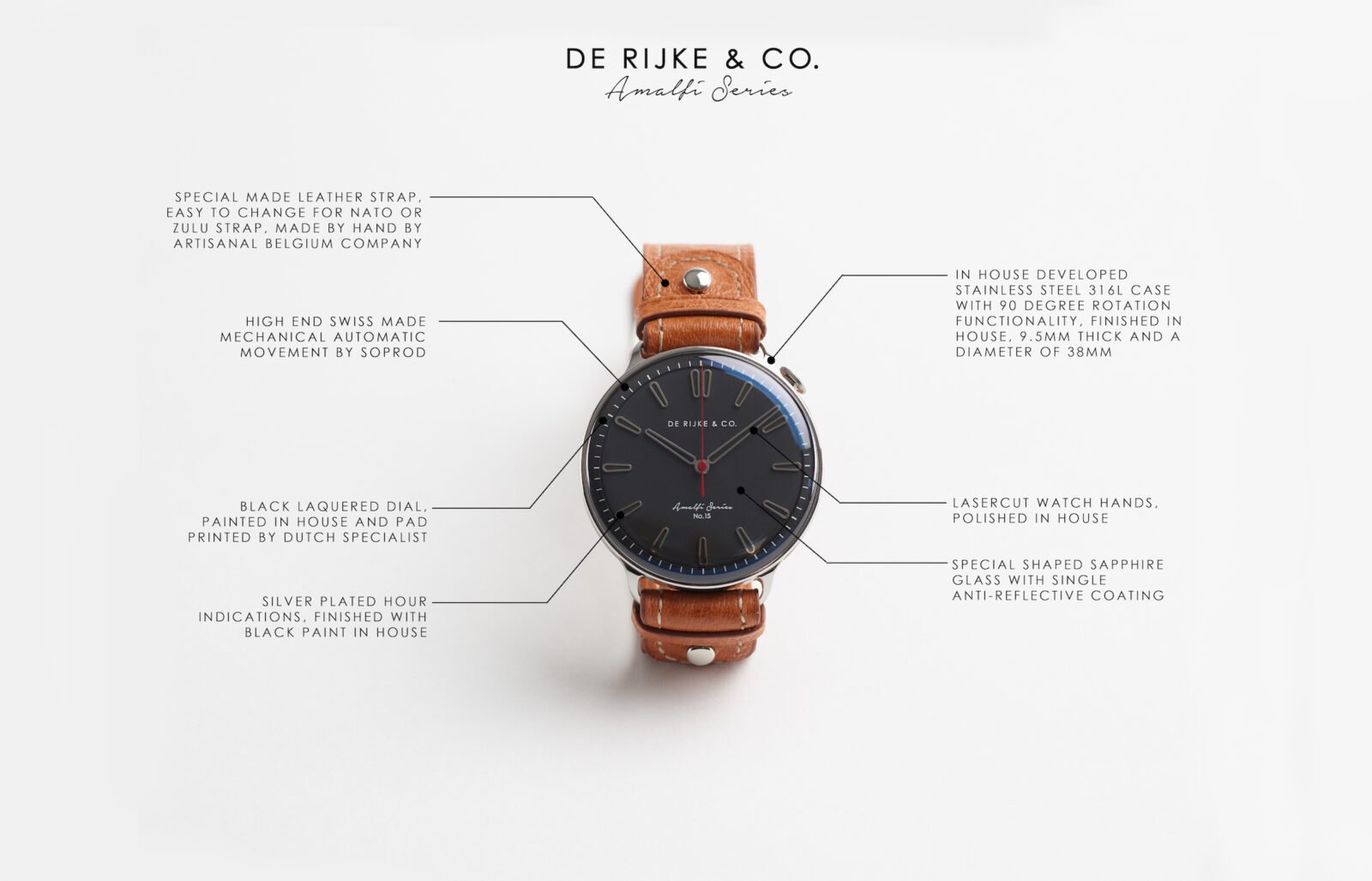 The new Amalfi Series One S by De Rijke & Co. is wristwatch designed by Laurens de Rijke specifically for drivers, the watch’s case is actually made up of two sections – an inner primary case and an external case that the internal case moves within.

The watch can be rotated 90º allowing you to choose the optimal viewing angle when it’s on your wrist and your hand is on the steering wheel. The strap is designed to be easily removable so you can fit a longer one if required – allowing you to wear the watch over the top of your racing suit or jacket sleeve.

Laurens is an interesting man, he set off in 2013 for an overland adventure across the Silk Road on a 50 year old Vespa. The journey took him through Azerbaijan, Turkmenistan, Uzbekistan, Tajikistan, and Kyrgyzstan, covering over 11,000 kilometres. He bought a mechanical wristwatch at a flea market in Georgia to keep track of time, and it was this purchase that would shape the next stage of his life as he thought of ways to improve his new watch.

As a Design Engineer with a passion for classic vehicles, adventure, and watches, the next step for Laurens was obvious – he set out to create a world class motoring watch. He chose the much loved Soprod M100 Swiss movement, an automatic mechanical heart for the watch in the best traditions of classic Swiss watchmaking.

The Amalfi Series One S has a 38mm diameter and it’s 9.5mm thick, it has a transparent sapphire crystal caseback allowing you to see the movement at work. This model release is strictly numbered and limited to 99 pieces, with the estimated delivery time on each order being 2 months. 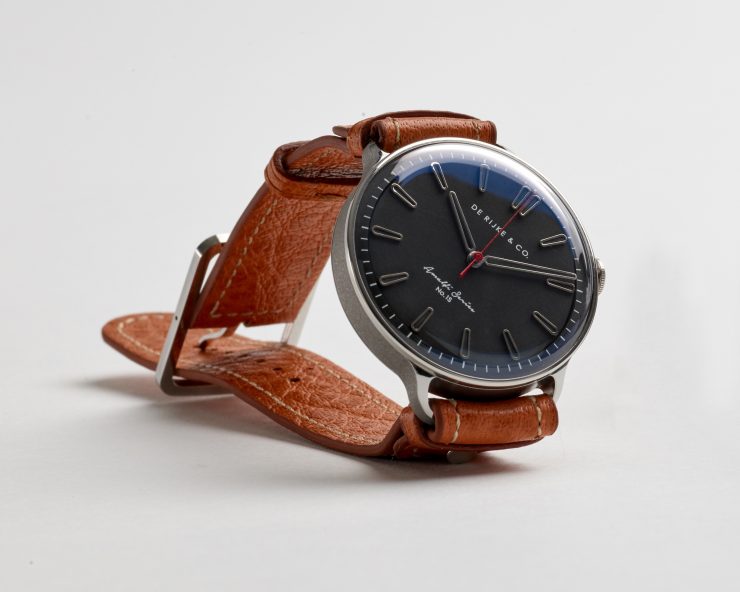 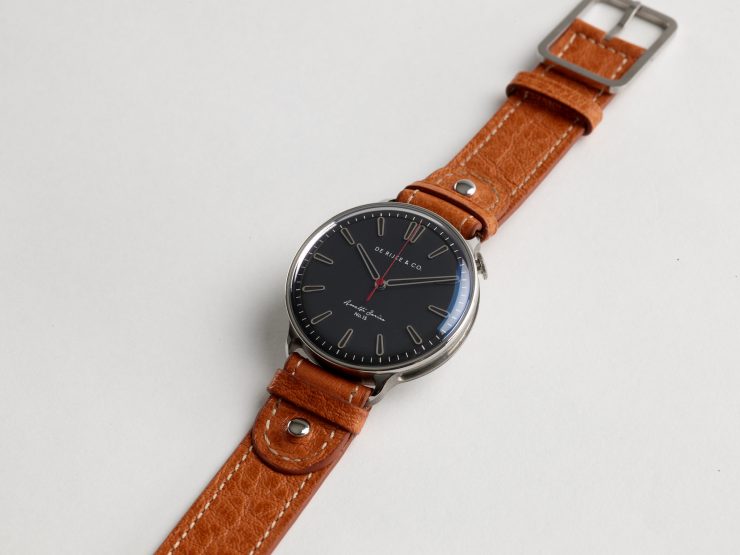 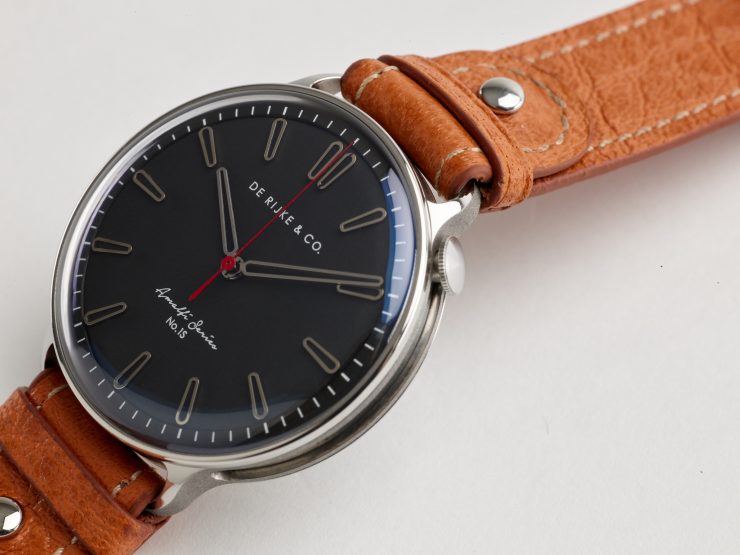 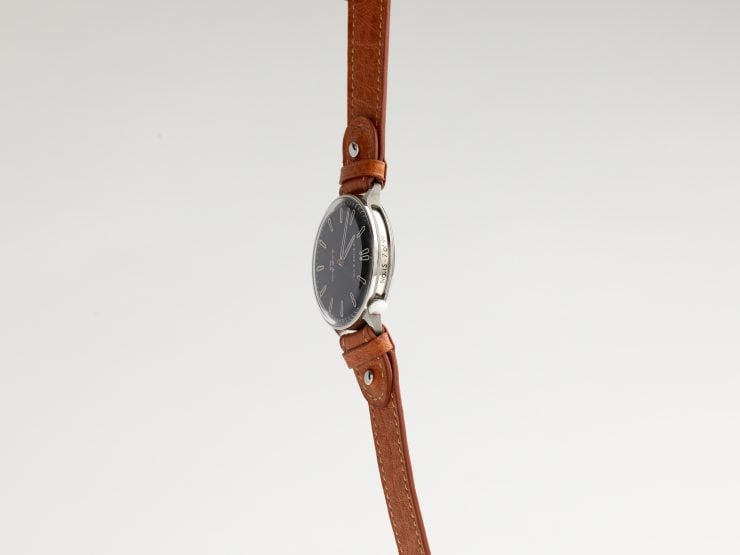 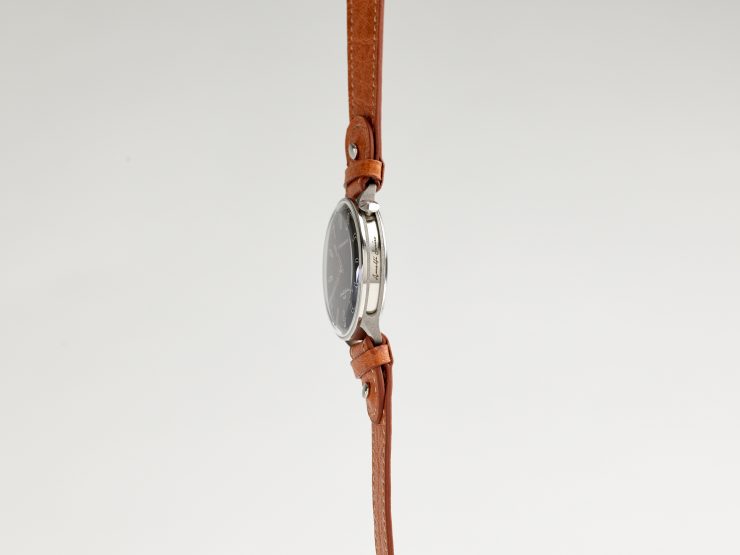 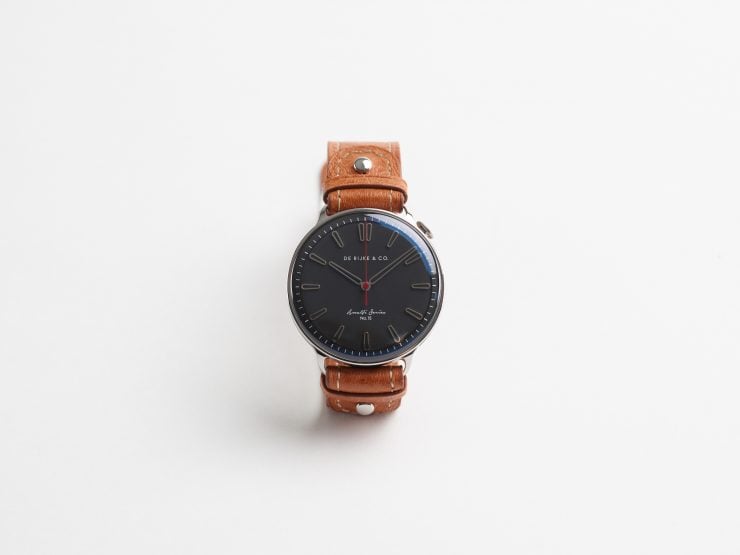 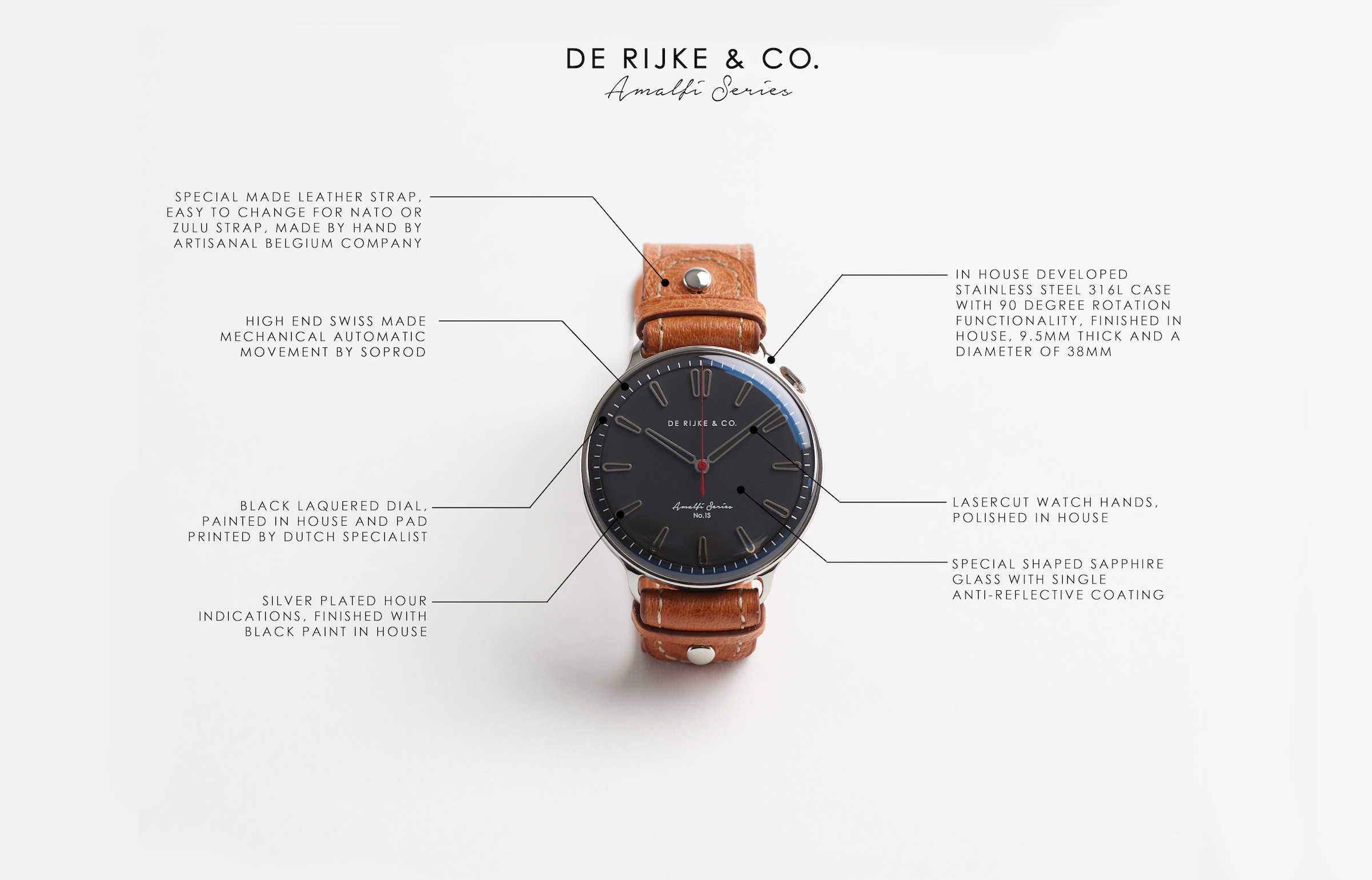