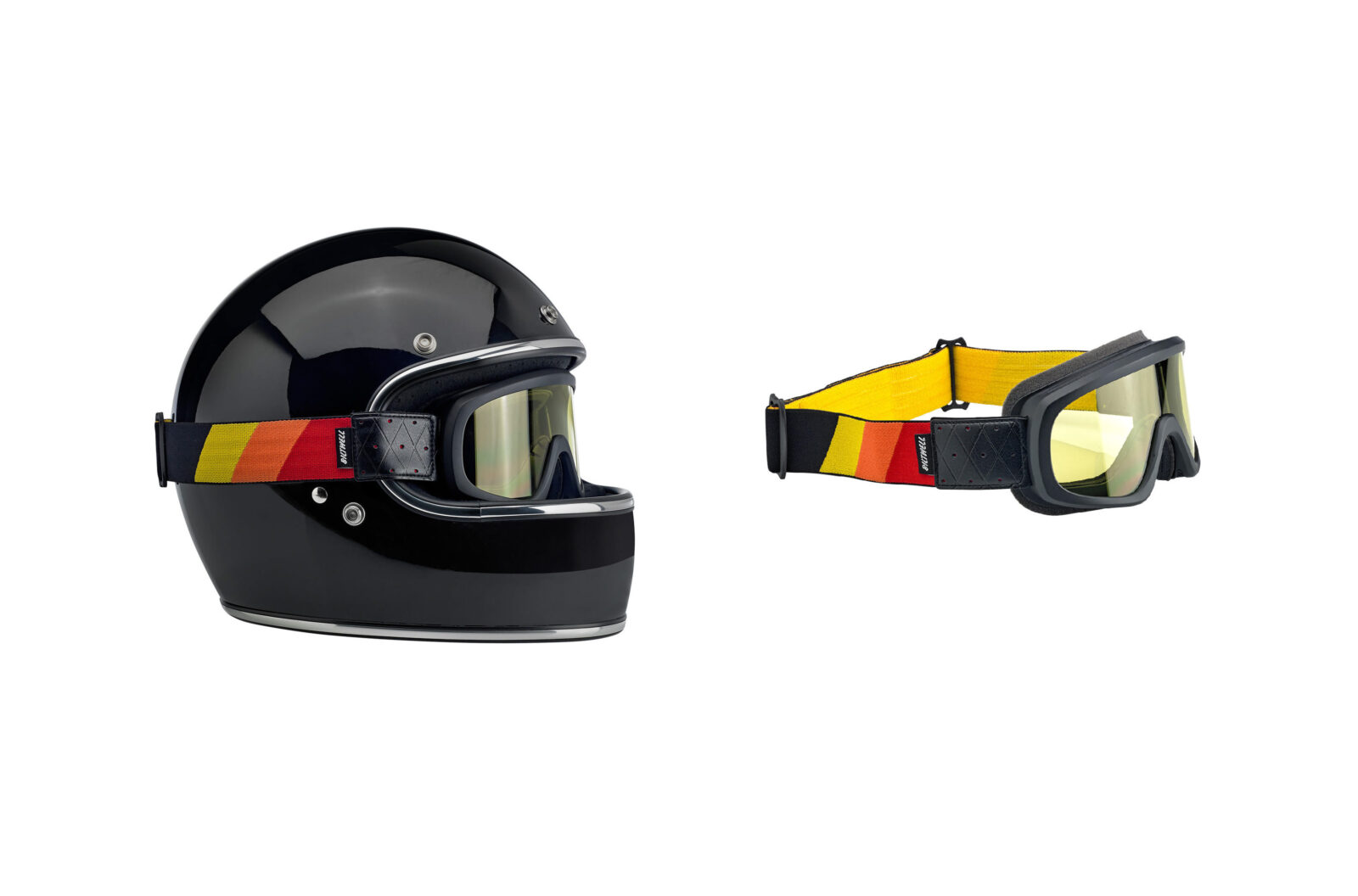 The Biltwell Overland 2.0 Goggles are the new-and-improved version of the much loved first generation Overland goggles.

The team at Biltwell have developed an all-new injection-molded polyurethane frame that’s 10% smaller than its predecessor, whilst still using the same wide-periphery, injection molded polycarbonate lens. This allows wearers more room to fit the goggles into the face port of their favorite helmet, and reduces both weight and bulk.

The goggles are fastened around your helmet with a woven elastic strap with double D-rings which allows more precise size and tension adjustment. There are almost invisible silicone strips running around the inside of the strap, these are designed to keep it secure on your helmet, and stop it riding up or down.

The foam eye port uses a two-stage, open-cell with a quilted, brushed Lycra surface for moisture wicking and all-day comfort.

Each pair of Biltwell Overland 2.0 Goggles also come with a clear lens, which can be quickly swapped in depending on your preference and current riding conditions. 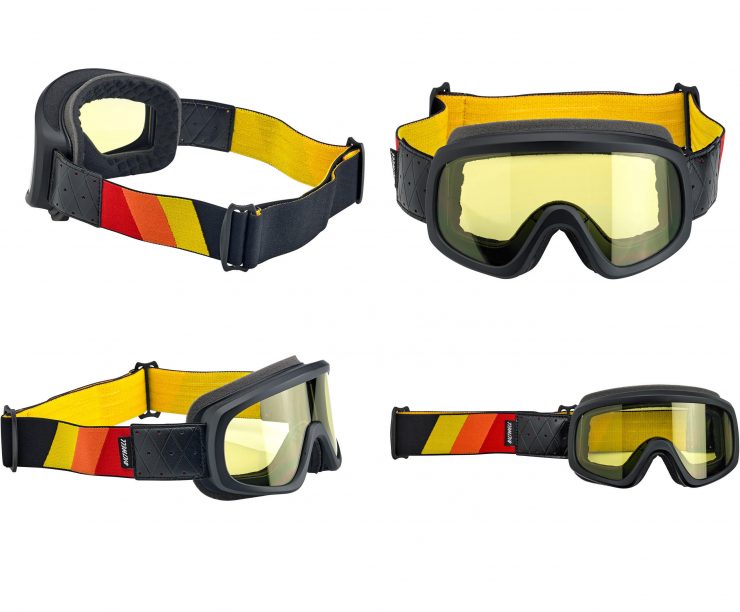 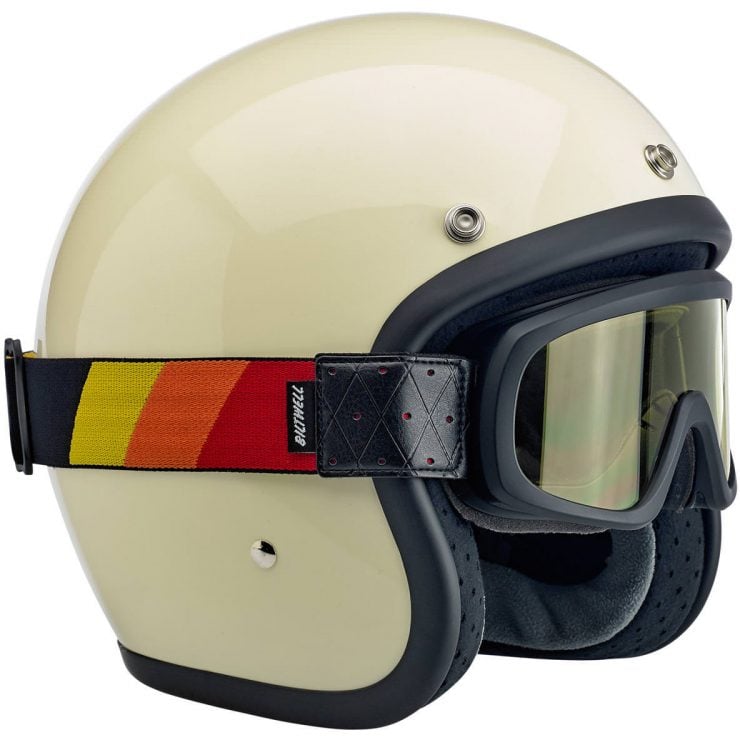