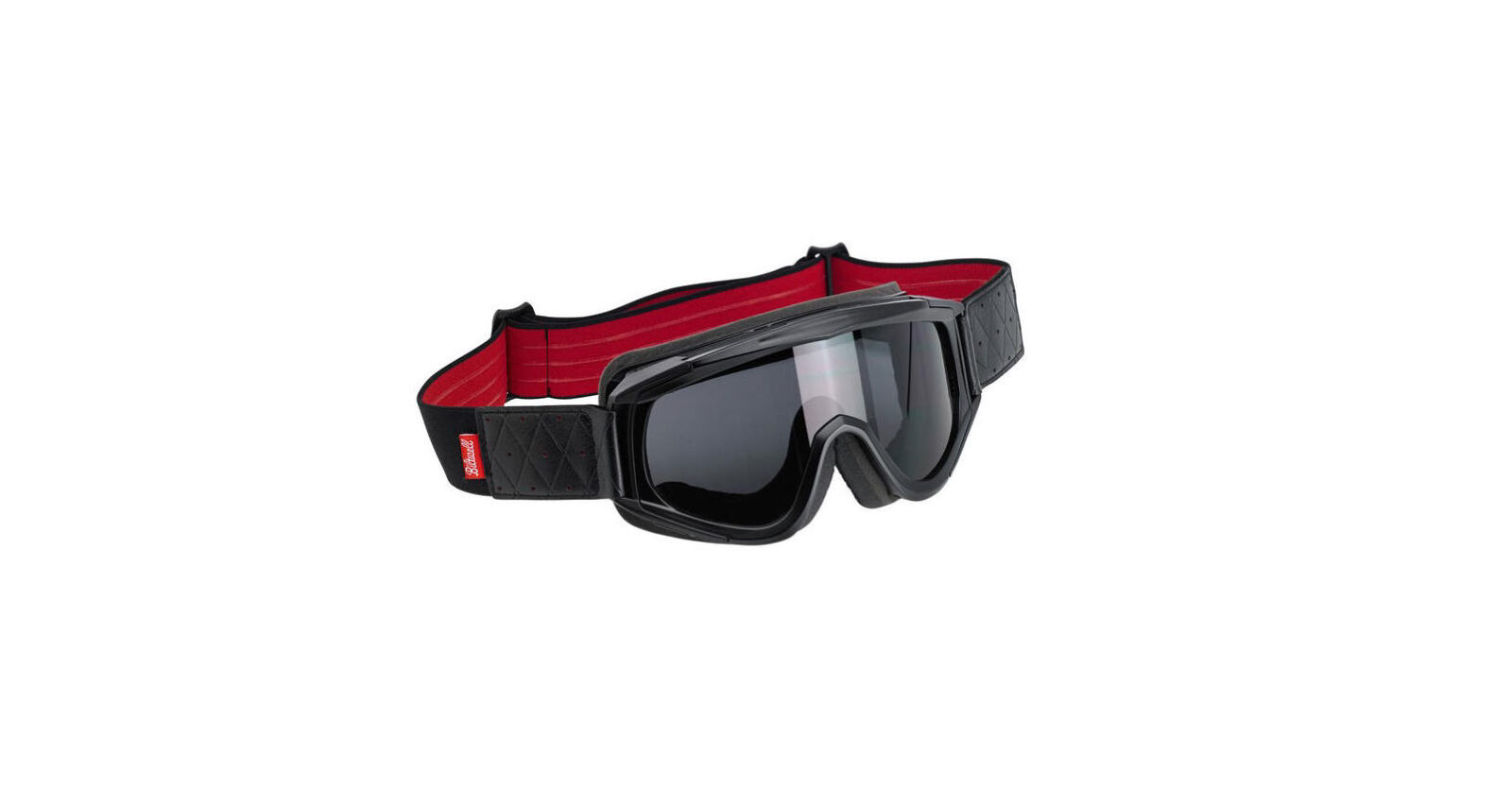 Biltwell’s Overland Goggles offer industrial grade anti-fog optics with two sets of lenses per set of goggles – one clear and one tinted. They’re available in a variety of colors, we’ve shown you the black/red combination here, and they all feature slightly oversized foam padding around the eye ports to improve fit and reduce wind incursion.

Bitwell designed the Overland with a strong molded polyurethane frame with a wide eye port for maximum peripheral vision – vital for both on and off road motorcyclists. Each pair of Overland lenses are laser CNC cut from impact-resistant polycarbonate plastic that’s molded on a perfect arc to delivery distortion-free visual clarity, and there’s a woven elastic strap with double D-ring adjusters featuring hand-sewn synthetic frame fasteners to complete the goggle’s low key aesthetic. 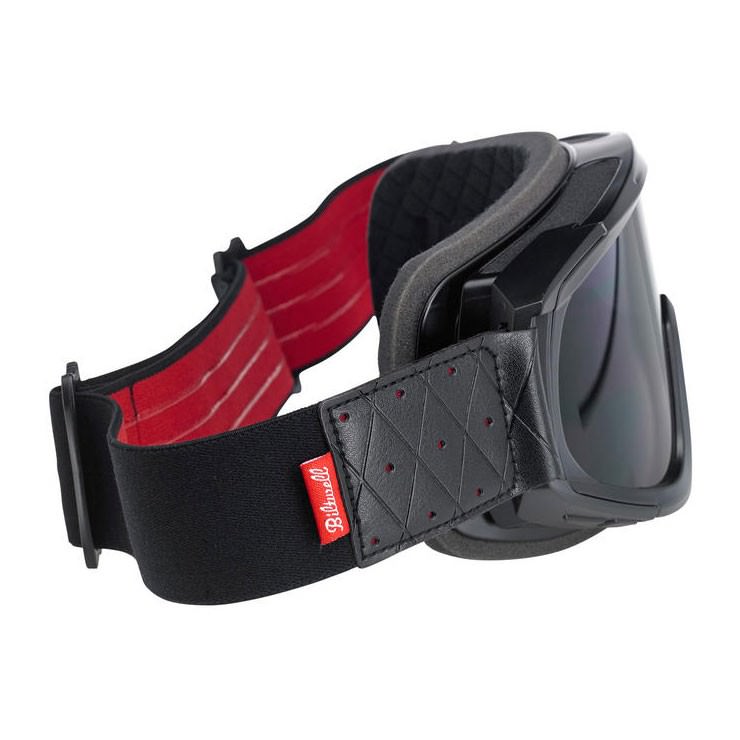 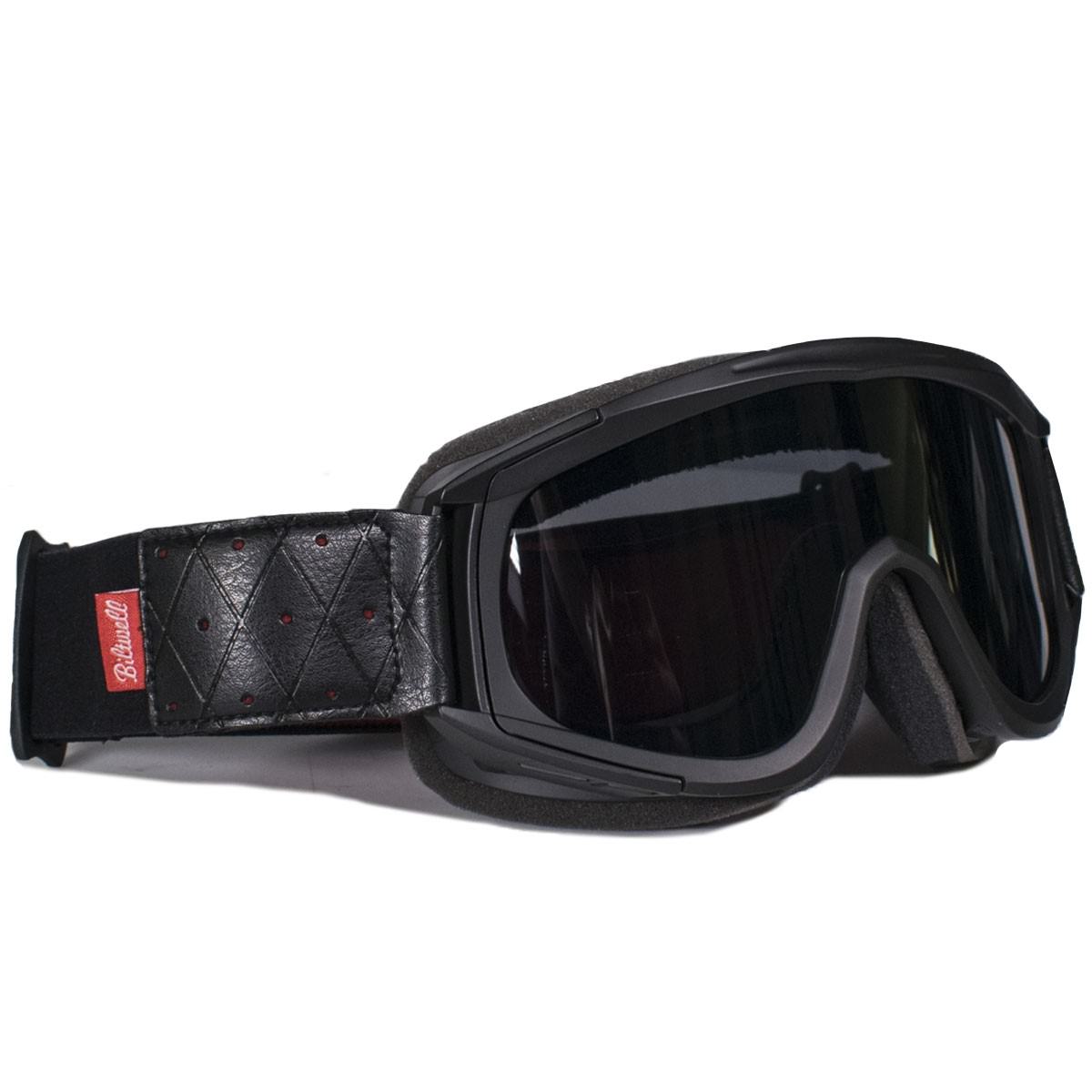