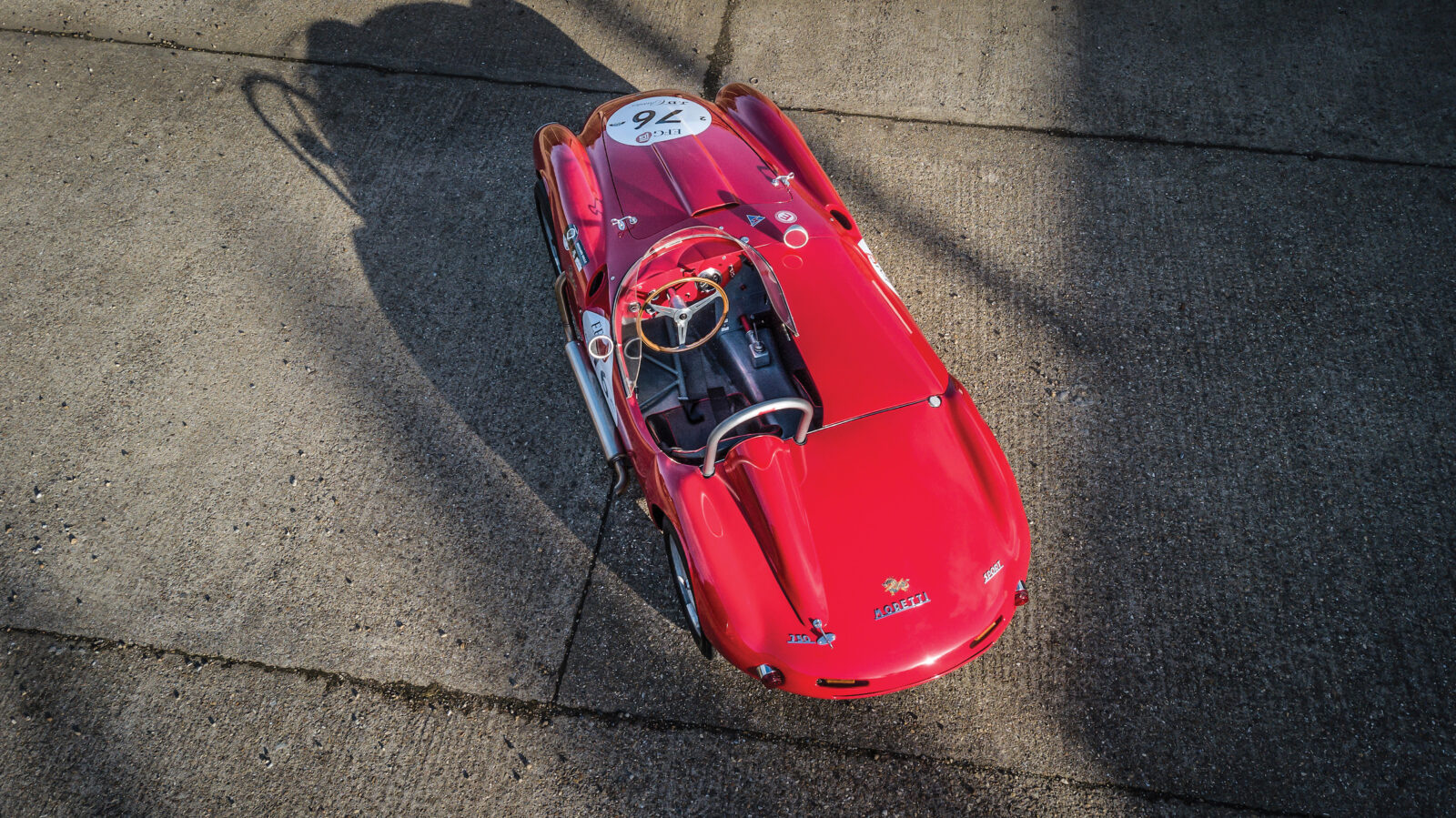 The Moretti 750 Gran Sport Barchetta is an exceptionally rare sports car, just three were made with this body style, and it’s believed that this is the only one with a lightweight tubular steel chassis.

Motorsport historians have pondered that the example you see here may very well be the same Moretti 750 that wore number 156 and raced in the 1956 Mille Miglia, as the design and construction of this car shows that it was clearly intended for racing, and period images show a Moretti with the same body style and fin-type headrest.

Unfortunately, cars that entered the Mille Miglia didn’t have their chassis numbers recorded, so there’s no conclusive way of proving that this was the car that took part. 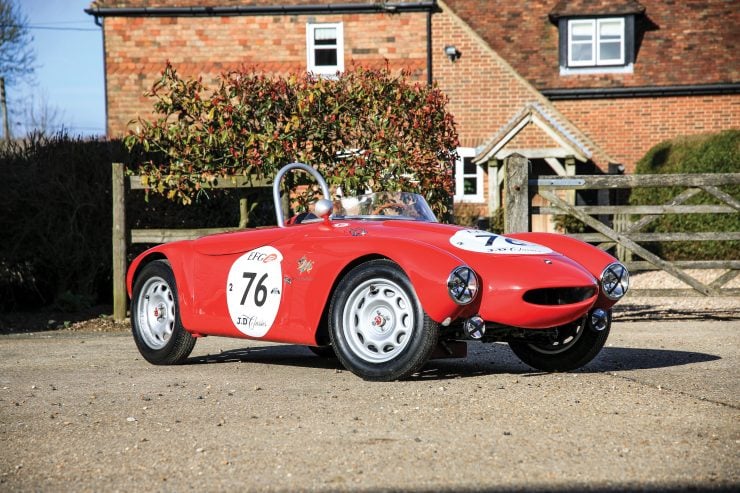 The history of the Moretti Motor Company is fascinating, after being founded by Giovanni Moretti in 1925 to build motorcycles they branched out into microcars, cars, and trucks. During WWII fuel rationing across Europe was strict, and so Giovanni Moretti struck upon the idea of building electric trucks and cars as they used no fuel, and electricity wasn’t anywhere near as closely rationed as petrol.

Moretti developed two electric vehicles – a truck called the Elettrocarro and a 5-7 seat car called the Elettrovettura. Both were powered by relatively simple electric motors, with power provided by lead acid battery arrays. Range wasn’t extensive, however particularly for the truck, the ability to carry a number of people or heavy loads between recharges made them invaluable.

In post-WWII Europe rationing continued, materials were scarce, and money was tight. This led to a surge in popularity around motorcycles and small, fuel efficient cars. Moretti was perfectly placed for this, and throughout the 1940s and ’50s they built and sold a wide variety of cars, typically smaller sized vehicles perfectly suited to Italy’s narrow roads and even narrower laneways.

By the late 1950s Moretti shifted from designing and building their own cars to being a coachbuilder for Fiat, the company carried on building smaller-sized, practical vehicles until they eventually closed their doors for good in 1989.

Today we remember Moretti as a creative company able to pivot on a dime, with a long racing history including a win in the Algiers-Cape Town Rallye, race entries in both the Mille Miglia and the 24 Hours of Le Mans, and many countless other races throughout their lifespan. Although the company was always small, and it almost always built smaller cars, it was living proof that it’s the size of the fight in the dog that matters, not the size of the dog in the fight. 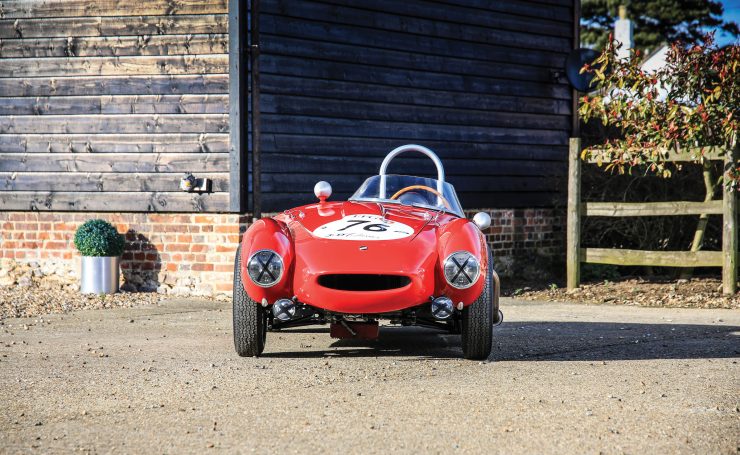 The Moretti 750 you see here is a one-off with period competition history, including the aforementioned possibility that it competed in the illustrious Mille Miglia.

Barchetta means “little boat” in Italian, it’s a reference to what the body looks like when it’s off the car upside down before fitting, and it’s a name used by many of the smaller racing cars of the era including many from Ferrari.

This particular car has a rigid, lightweight tubular steel chassis, an aluminum body, with aluminum panel sections covering the floor and transmission tunnel. The cockpit is textbook minimalism, with a prominent wood-rimmed steering wheel, a gear lever, 3 pedals, a small Perspex windshield, and two bucket seats.

Power is provided by a 750cc inline-4 cylinder engine with double overhead cams, overhead spark plugs, and a crossflow head with twin Weber carburetors on one side, and 4 exhaust header tubes on the other. Although there’s no weight listed it’s a safe bet that it’s exceptionally lightweight – meaning the engine doesn’t have all that much to push.

If you’d like to read more about this car or register to bid you can click here to visit the listing on RM Sotheby’s, it’s due to roll across the auction block on the 12th of May in Monaco, and the estimated hammer price is €200,000 to €250,000. 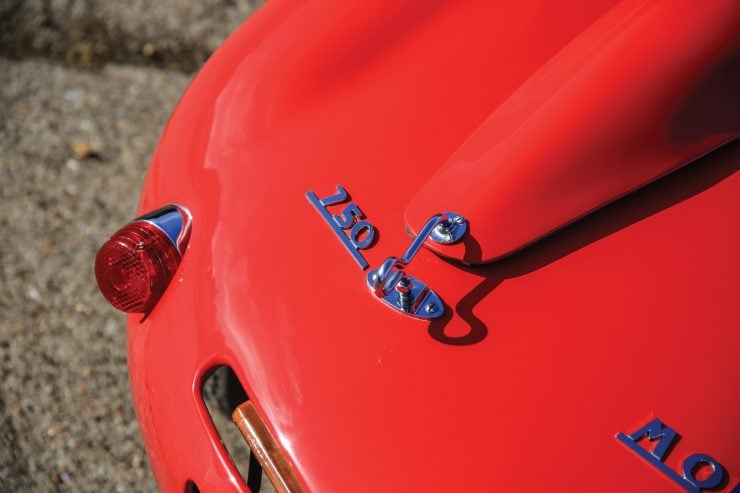 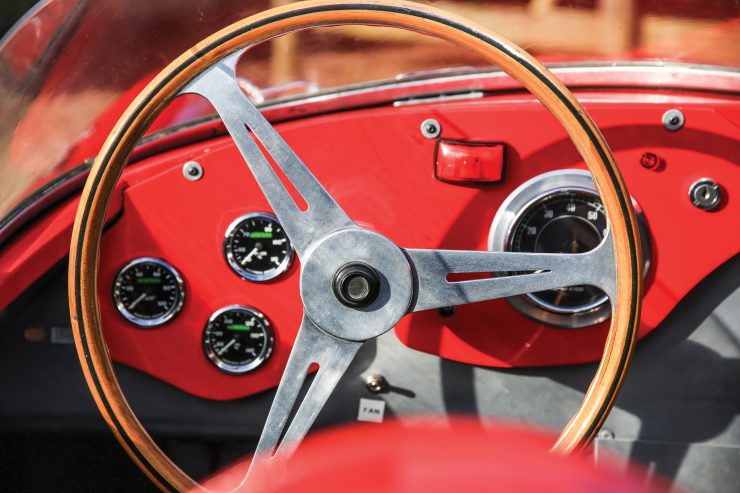 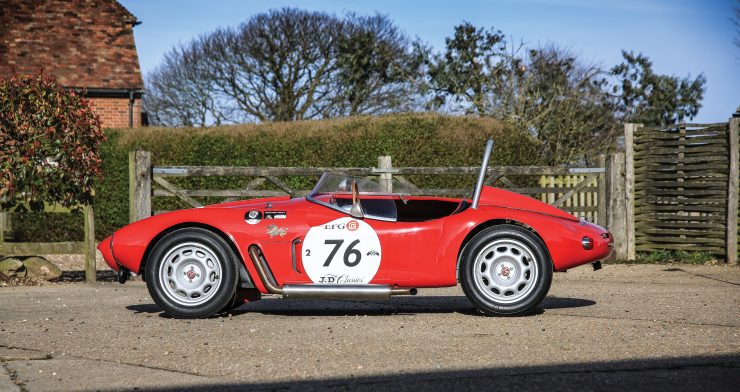 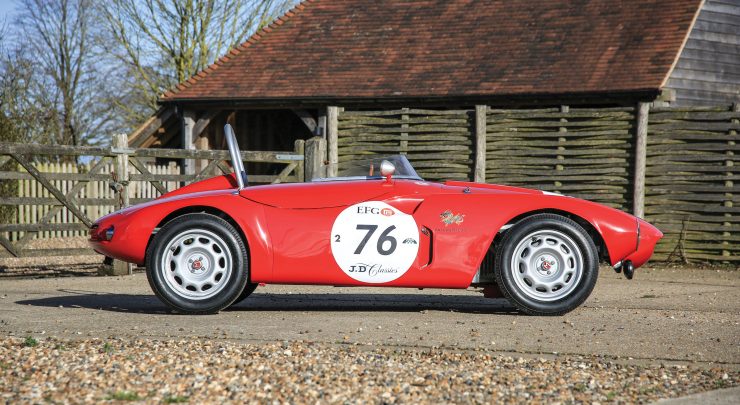 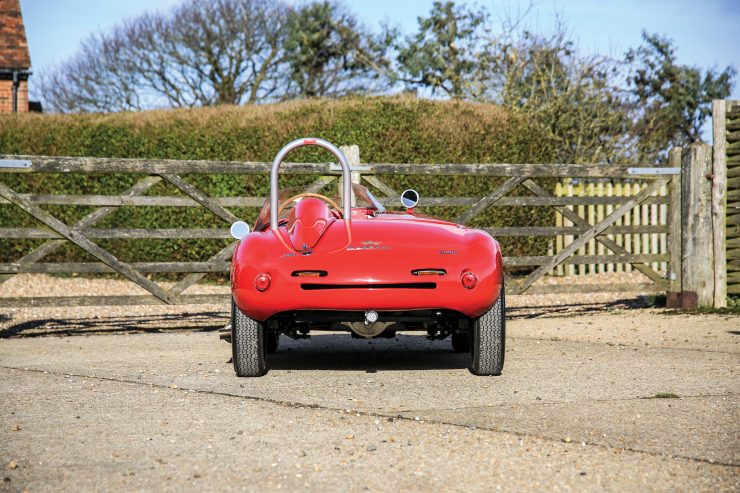 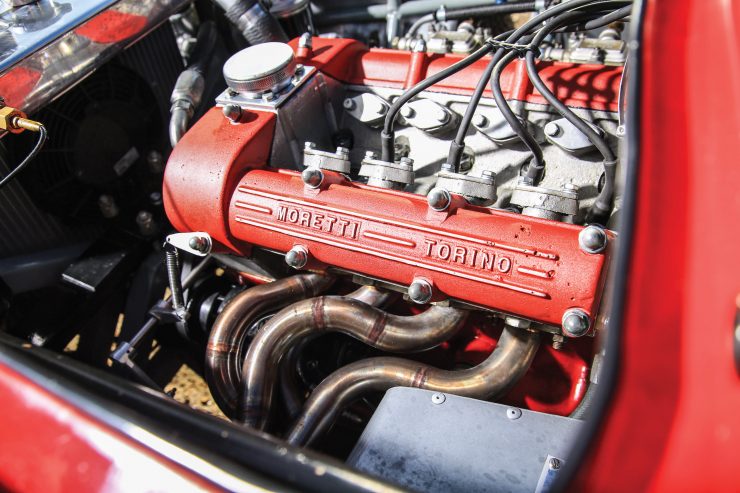 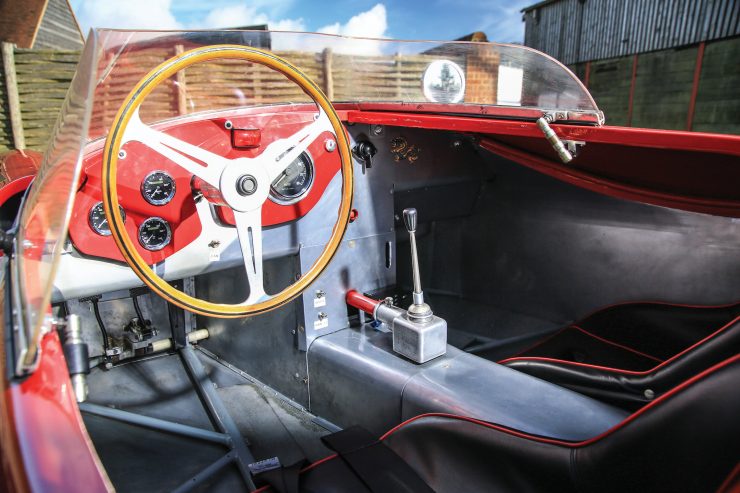 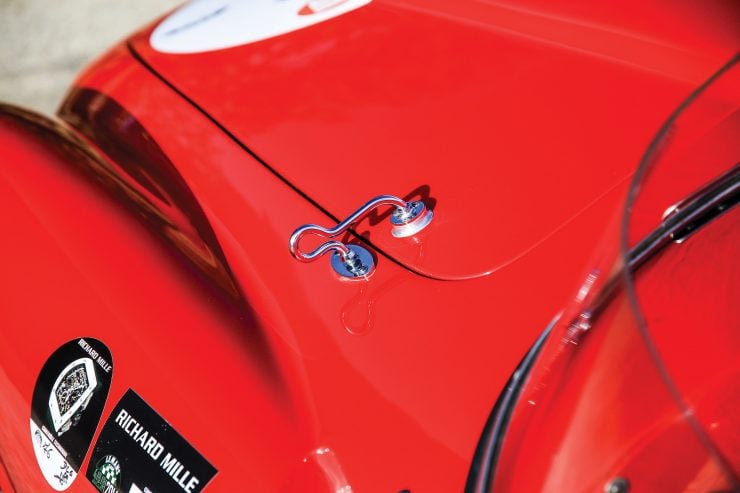 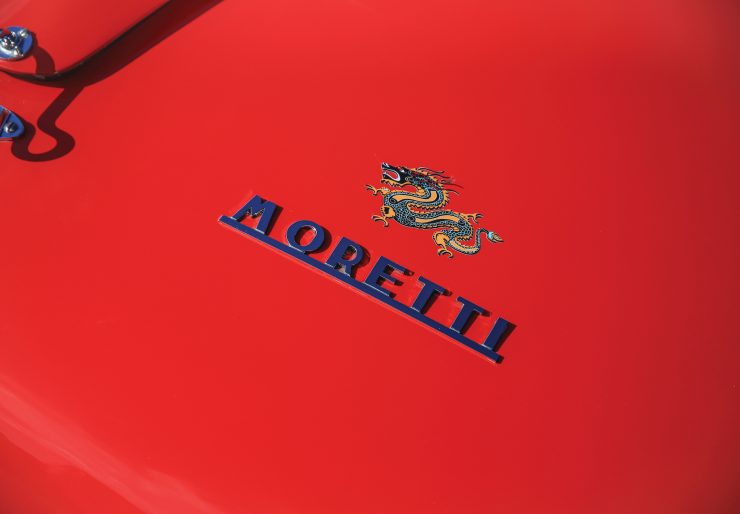 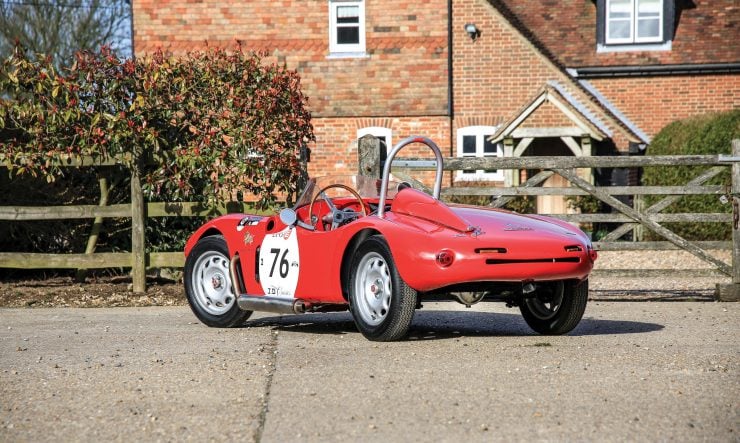 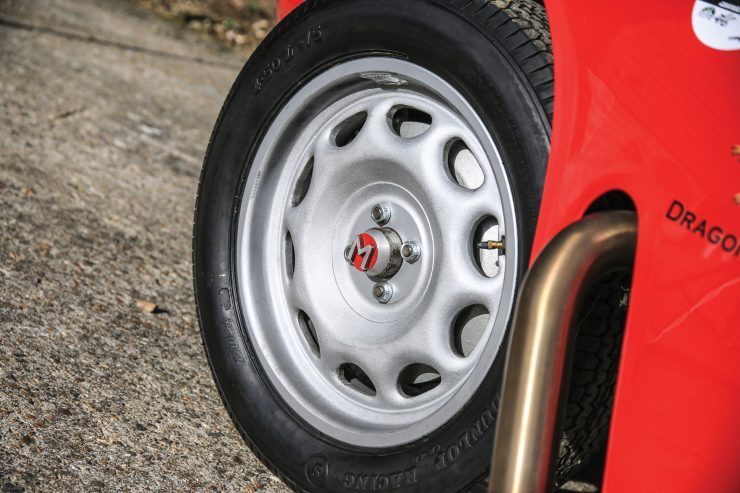 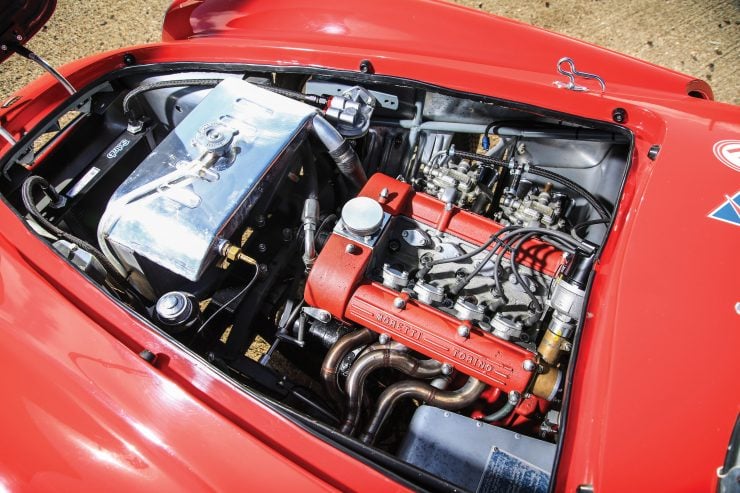 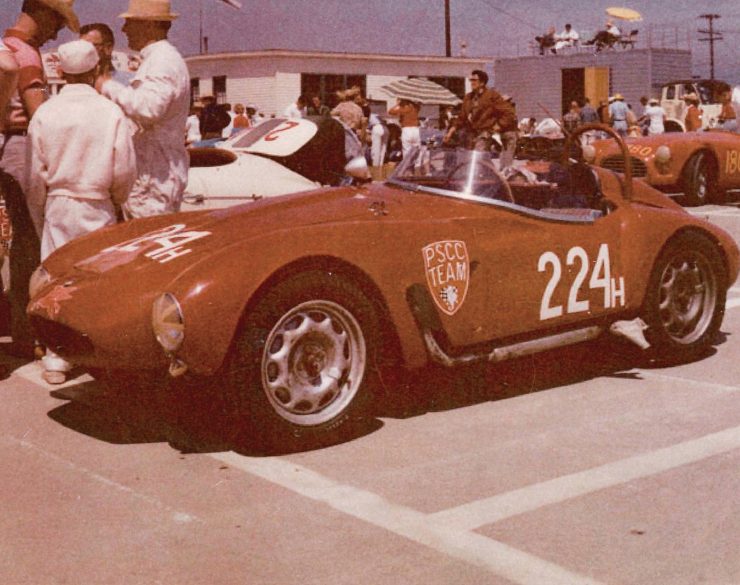 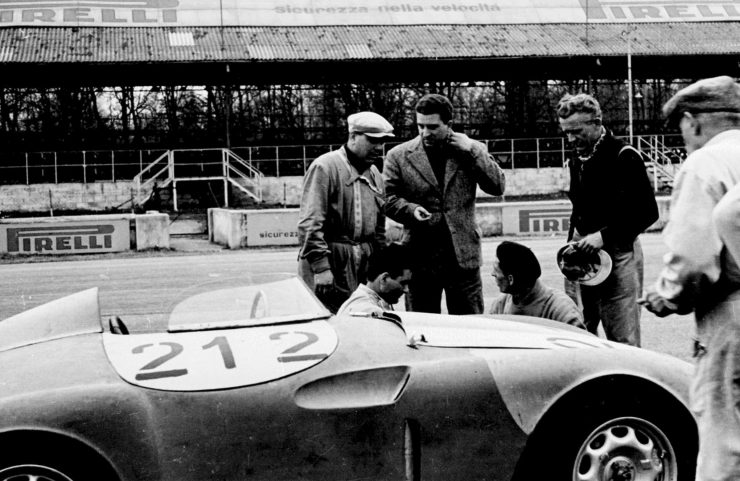 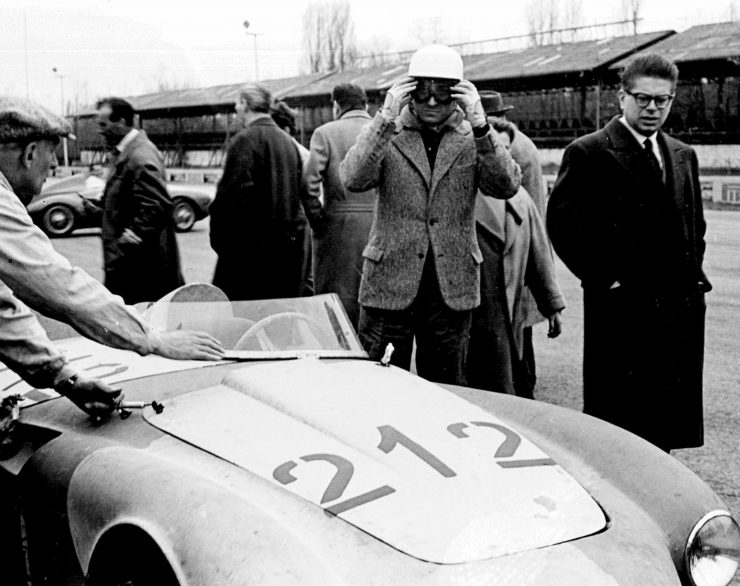 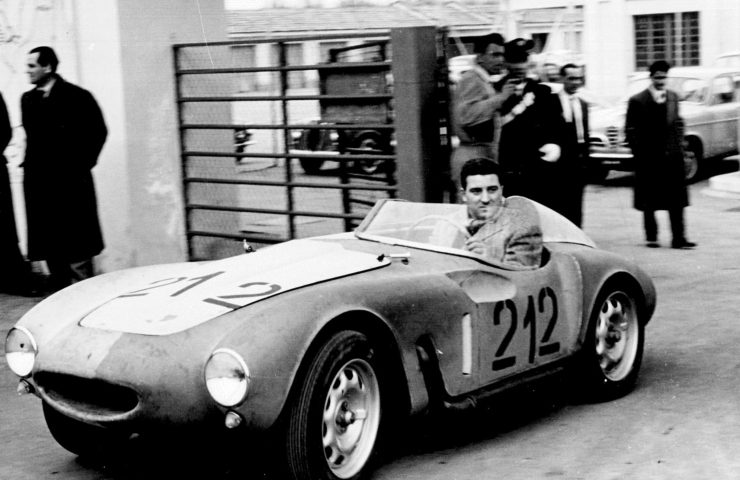 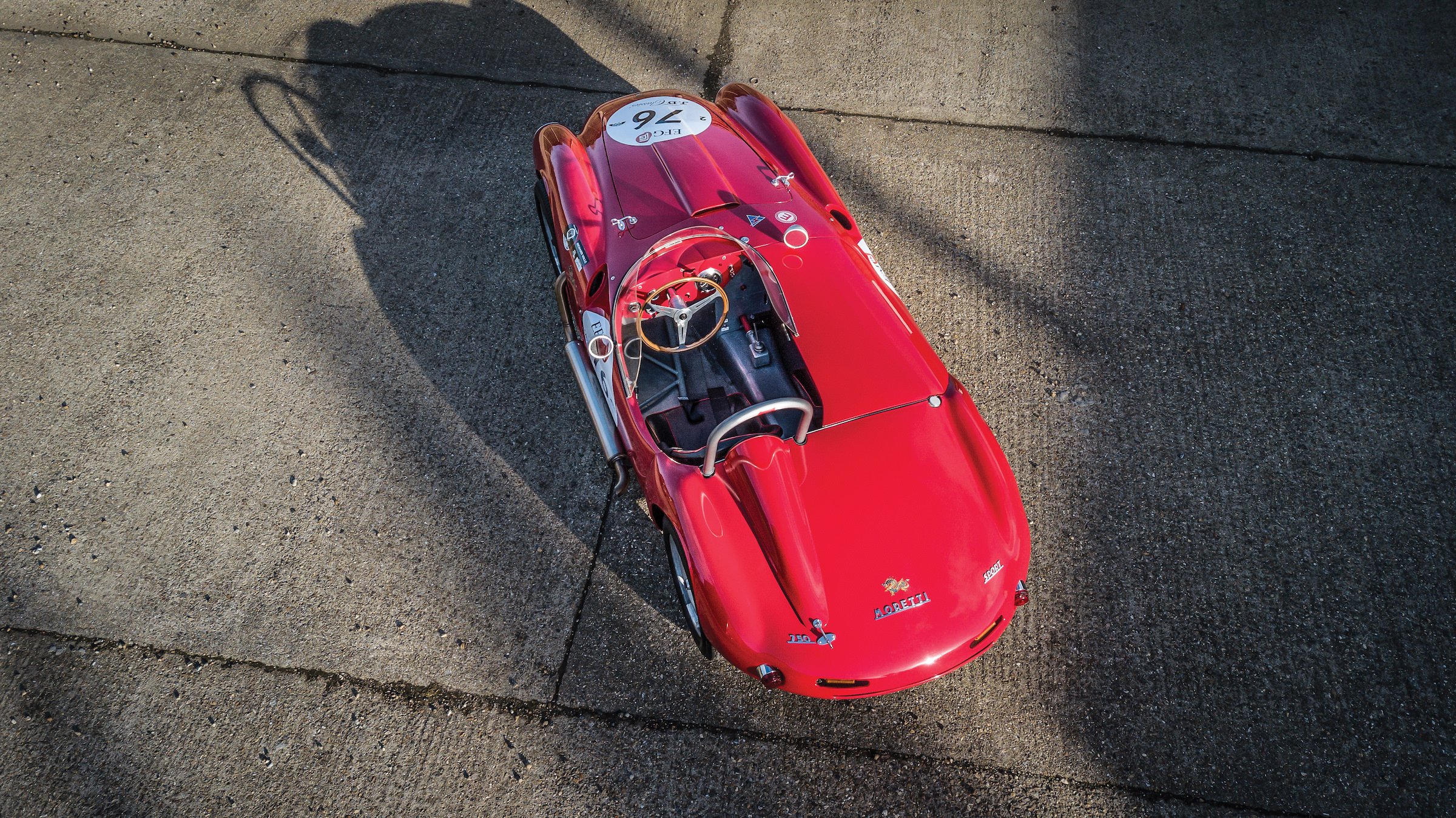 This is one of the most discreet sleepers we’ve seen in recent memory, it was…

The E-Type, known as the XKE in the United States, is widely regarded to be one…

This series of posters is the work of Arthur Schening, the founder of Schening Creative and…

The AMC Eagle was released in 1979 as a Hail Mary for American Motors Corporation,…