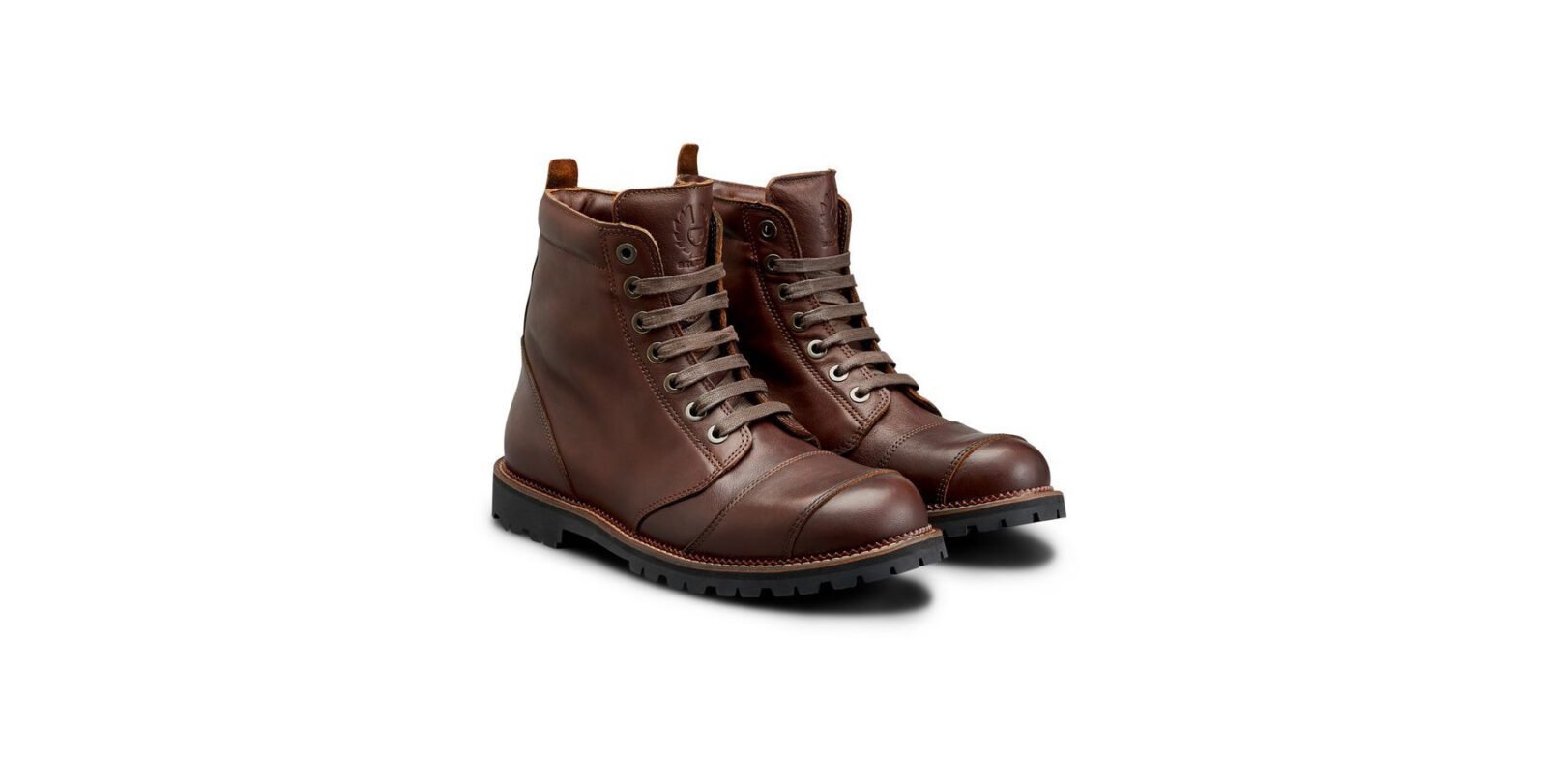 The new Belstaff Resolve Boots were developed by the team at the storied 95 year old British motorcycle apparel company specifically for people who want a safe motorcycle boot that they can also wear while walking around town – without hobbling.

Each pair is made from thick 1.8mm to 2.0mm full-grain leather for maximum abrasion resistance and a long life, they have a rubber sole and a breathable waterproof membrane to keep your feet dry even when you get caught in the rain.

Motorcycle specific ankle protection is fitted, along with toe and heel reinforcements, and there’s a leather shifter pad across the forefoot of both boots. Traditional laces feed through metal eyelets all the way to the top of each boot, and there’s a leather pull tab at the back to make it easier to pull the boots on.

Belstaff were one of the first companies in the world to make gear specifically for motorcyclists, mostly practical waterproof garments in the form of waxed cotton canvas jackets – an essential piece of gear for riders living in the British Isles.

Belstaff became the first company in the world to use Egyptian waxed cotton to create breathable yet waterproof clothing, and they would become a favourite of prolific Brough Superior owner and globally renowned military man T.E. Lawrence, otherwise known as Lawrence of Arabia. 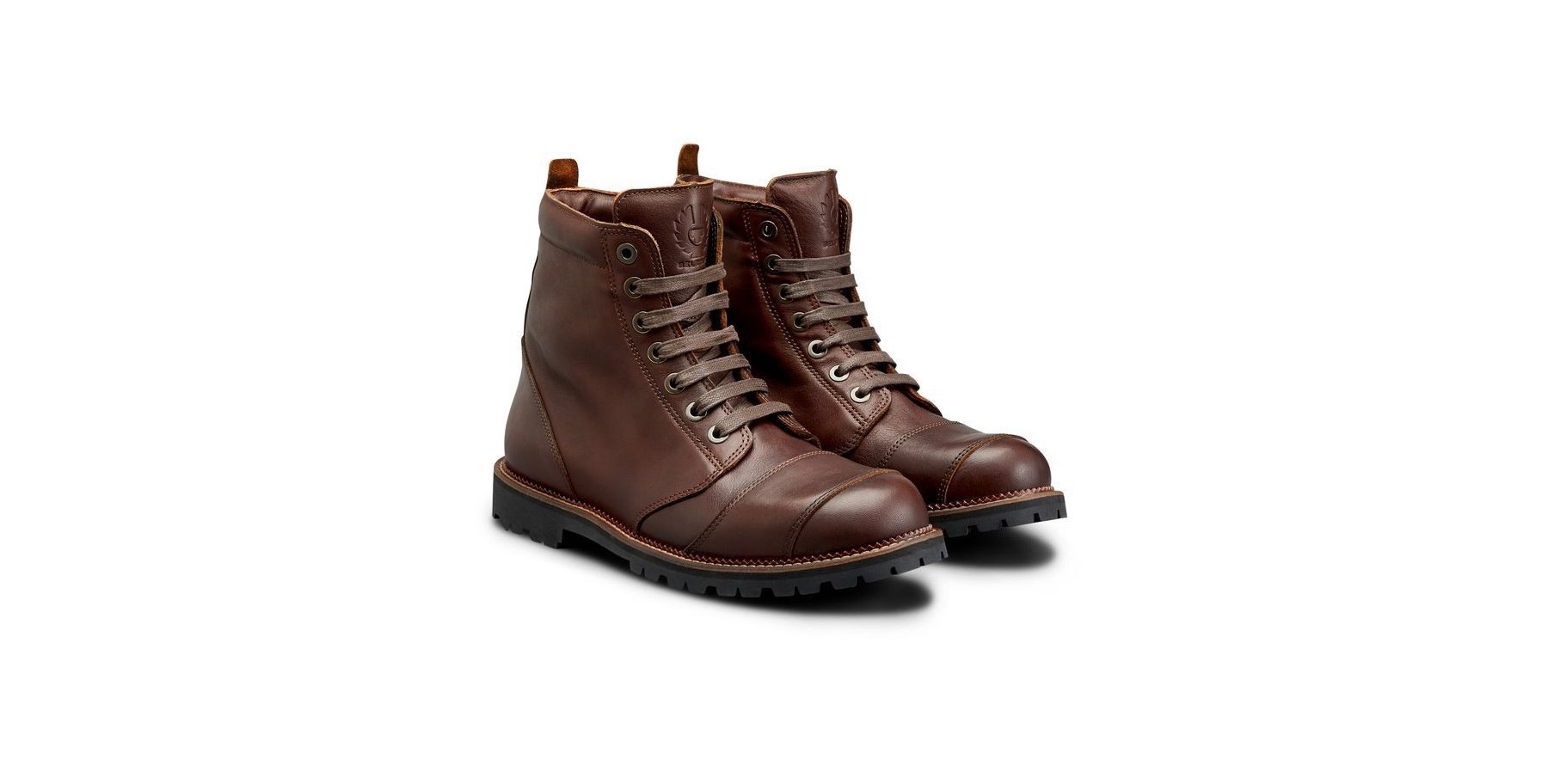