The Duesenberg Model X – The Rarest of the Production Duesenbergs 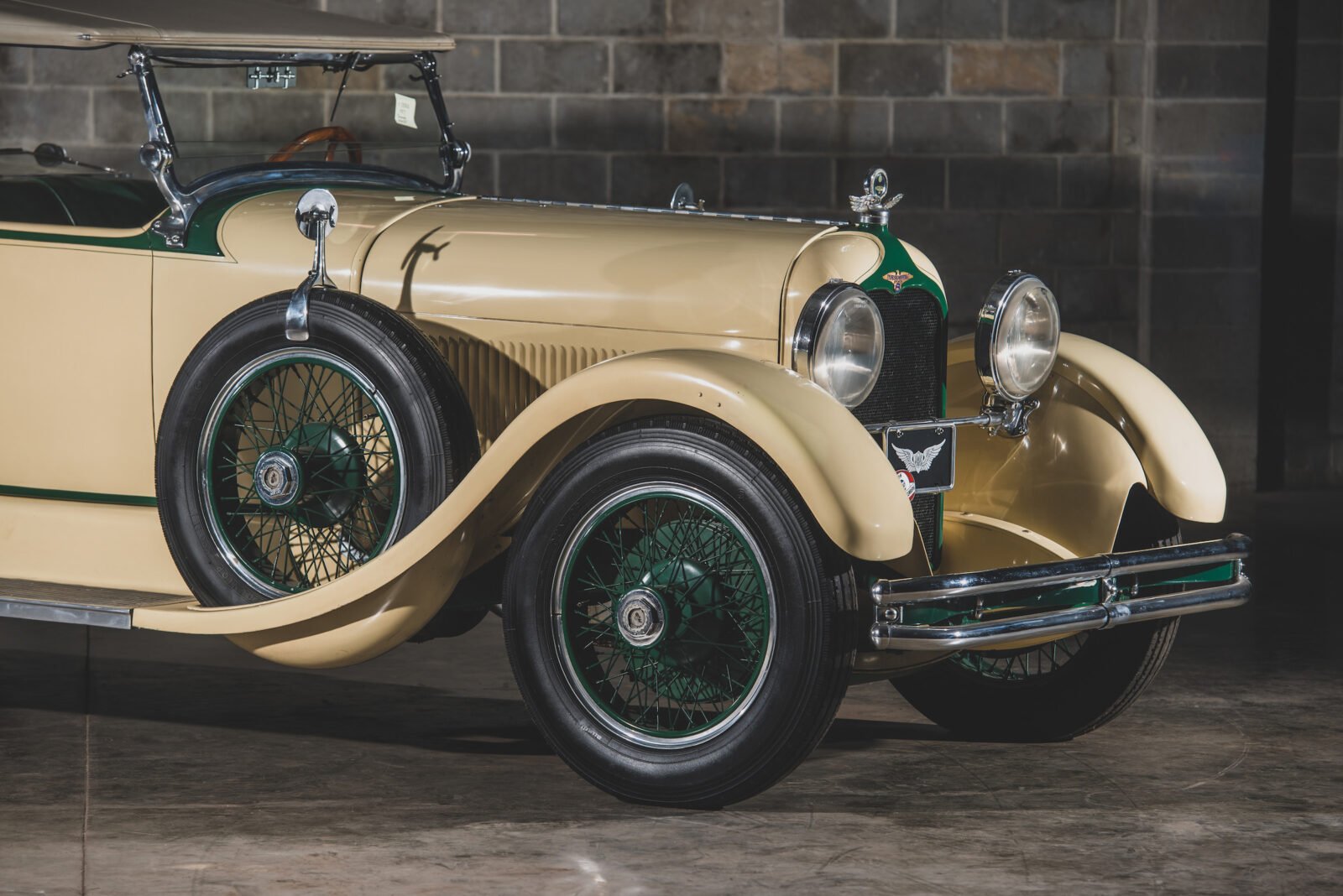 The Duesenberg Model X is the rarest of the production Duesenbergs, the last one came up for public sale in 1996 and it’s thought that just 5 of the original 13 have survived to the modern day. For many Duesenberg collectors the Model X has proven an elusive car, and very few collections contain one.

Duesenberg – One Of The Great American Marques

Duesenberg was an American automaker that needs no introduction, the company built some of the finest and best engineered cars in the world in the 1920s and 1930s.

Initially the company made a name for itself in motorsports, in 1914 Eddie Rickenbacker drove a Duesenberg to a 10th place finish at the Indianapolis 500 – the company would return in the 1920s and win the race outright in 1924, 1925, and 1927. Over in Europe Duesenberg made waves by beating the best race cars in the world to win the 1921 French Grand Prix with American driver Jimmy Murphy at the wheel. 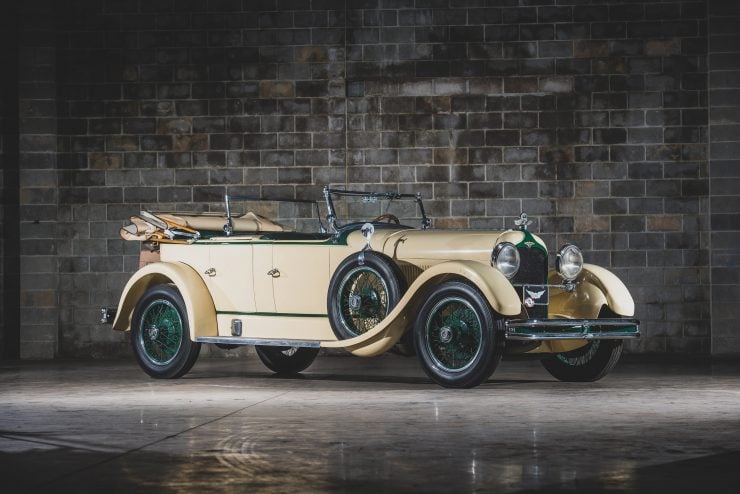 Duesenbergs became an almost de facto choice for wealthy American actors, industrialists, and crime lords including Howard Hughes, Al Capone, Greta Garbo, Clark Gable, Mae West, Tyrone Power, and the Mars, Whitney, and Wrigley families. Across the Atlantic a number of royals had chosen Duesenbergs over the likes of Rolls-Royce, including the Duke of Windsor, Queen Maria of Yugoslavia, Prince Nicholas of Romania, and the Kings Victor Emmanuel III of Italy and Alfonso XIII of Spain.

The Great Depression killed Duesenberg in 1937 along with many other automakers in the US and Europe. The surviving Duesenbergs are now individually known to collectors and enthusiasts. Every now and then a new Duesenberg “barn find” is uncovered, sending a tsunami of excitement across the classic car world – like in the early 2000s when Jay Leno discovered and bought a remarkably well preserved Model X.

The Model X was introduced in 1926 as a comprehensively reengineered and improved model based on the Model A. It featured a new chassis, a redesigned engine, and a new front suspension arrangement to lower the centre of gravity.

As with many high-end automakers in the 1920s and ’30s, Duesenberg mostly built powered rolling chassis, the purchaser would then send their chassis to a coachbuilder to create a body for them based on their own specifications. Some wealthier clientele would have “summer” and “winter” bodies made, and have them swapped over at the appropriate time of year. 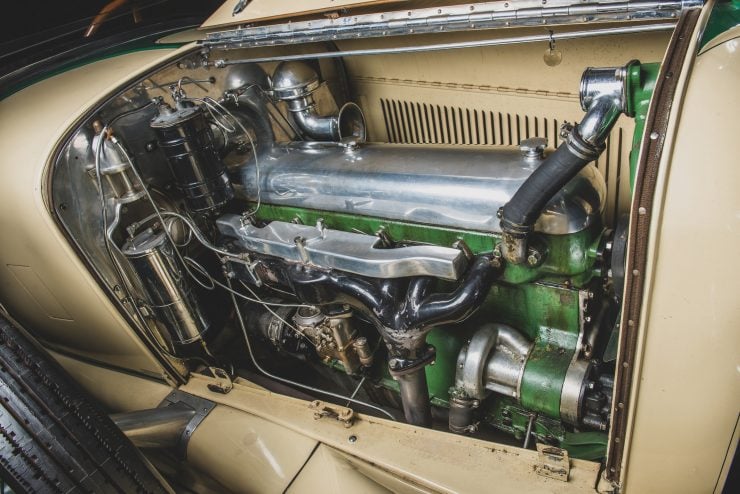 The Duesenberg Model X offered a significant step up in performance over the outgoing Model A, the comprehensively reworked 260 cu. in., overhead cam, straight-8 engine was fitted with a new crankshaft, a new valve train, different pistons, and a revised intake. Power climbed from 88 hp to 100 hp, and the car was capable of topping out at 100 mph.

The chassis length was increased from 134 to 136 inches, it benefitted from additional reinforcements, and the leaf springs were mounted above the frame rails for a lower center of gravity – notably improving handling.

As the rarest production Duesenberg the Model X is much desired but rarely acquired by collectors, and the public sale of a Model X is a once in a generation event.

The Model X you see here has a dual-cowl phaeton body built by Locke & Company, likely at their Rochester facility however they did still have their New York City premises at the time. It was originally delivered to C. Walter Pratt, a wealthy paper mill owner in Carthage, New York. Pratt must have been impressed with the car as he became one of the first customers for the Duesenberg Model J, buying an early Murphy convertible coupe.

This car passed from Pratt to Edward Sixbury, and then passed on to Wendell Chapelle. It was part way through a restoration in 1964 when it was sold to Harrah’s Automobile Collection, a fortunate acquisition for the car as the restoration was finished to a very high level. The Model X became one of the collection’s most famous automobiles and it was one of Bill Harrah’s favorite cars, he was known to drive it regularly.

The car left the Harrah Collection in 1987, it passed through a small number of hands before being bought by Fred Guyton in 1996. Guyton had been outbid on the car twice previously, and he was thrilled to finally add the famous Model X to his collection.

RM Sotheby’s will be offering the Model X in the first week of May as part of the Guyton Collection Auction, the estimated value is $300,000 to $400,000 and if you’d like to read more or register to bid you can click here. 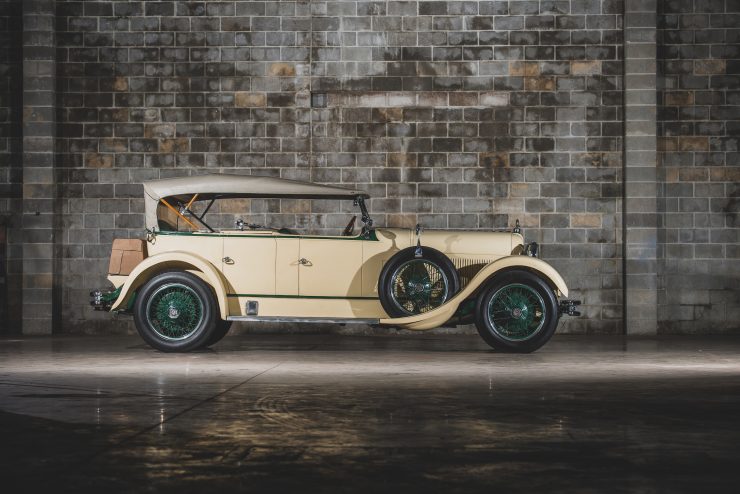 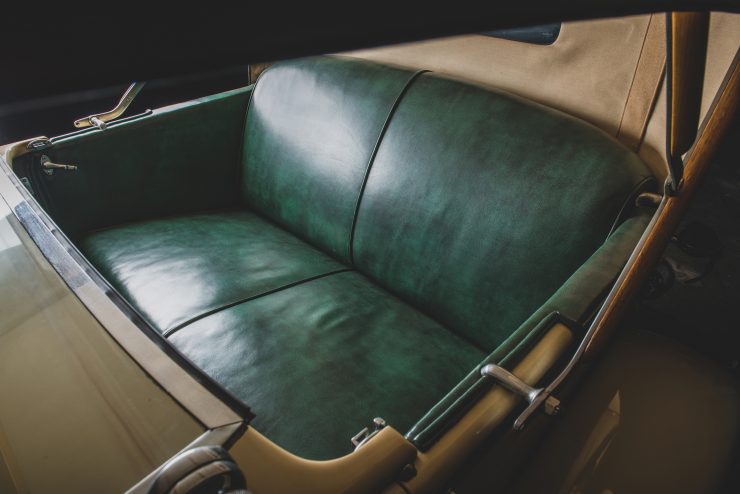 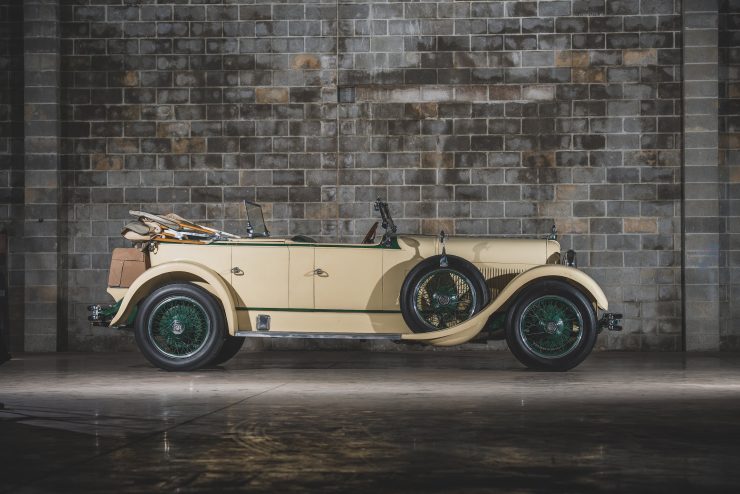 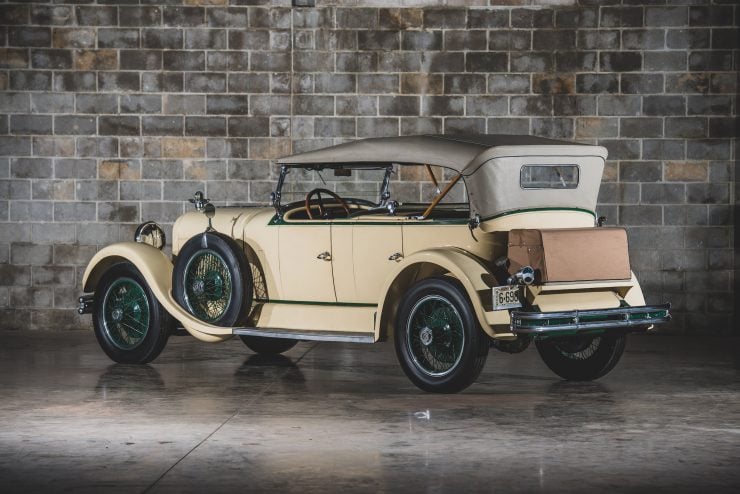 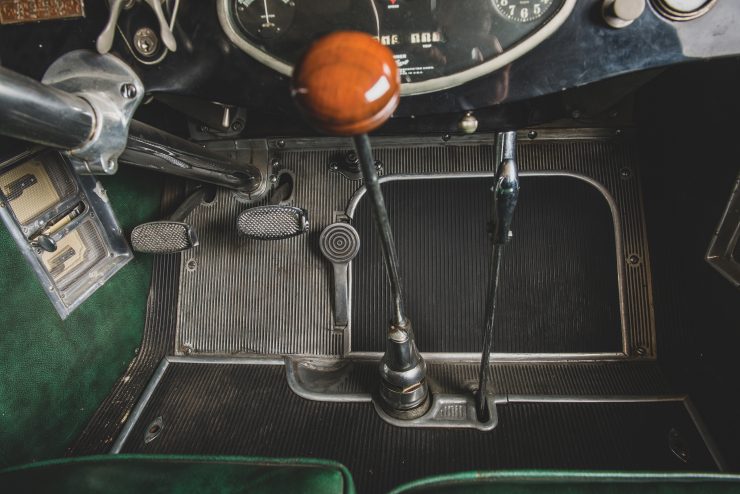 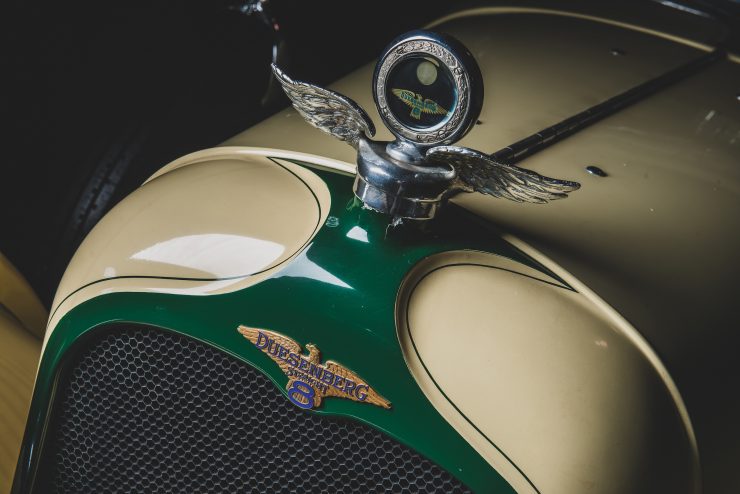 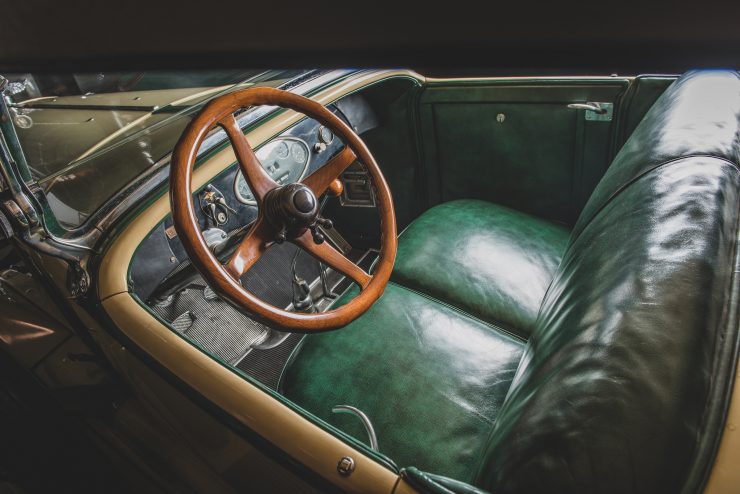 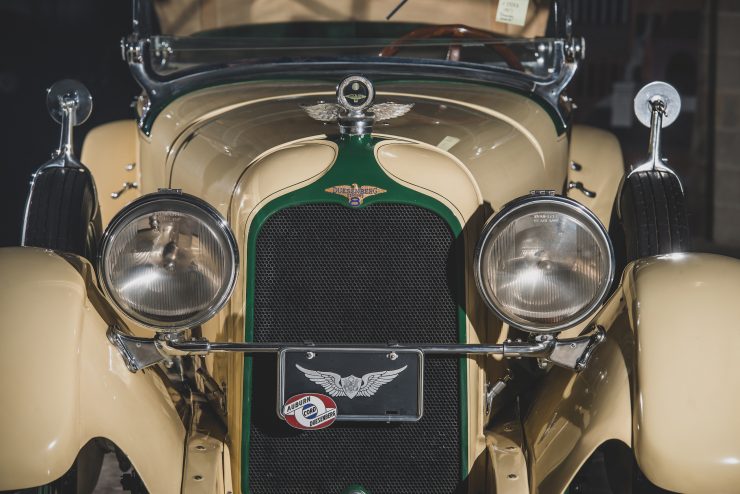 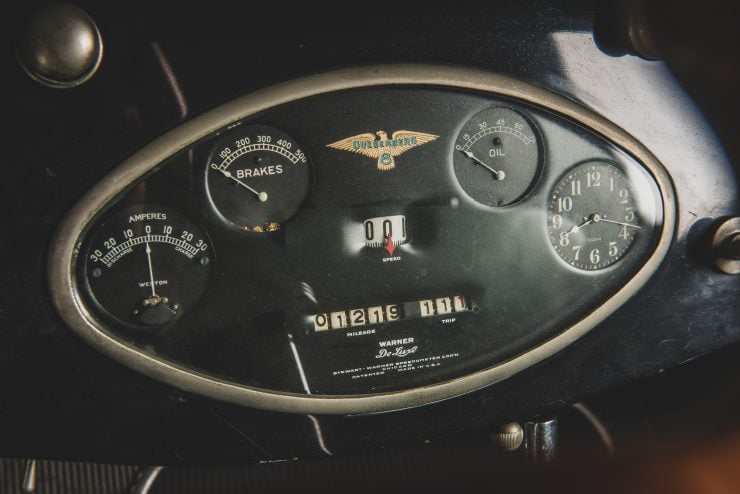 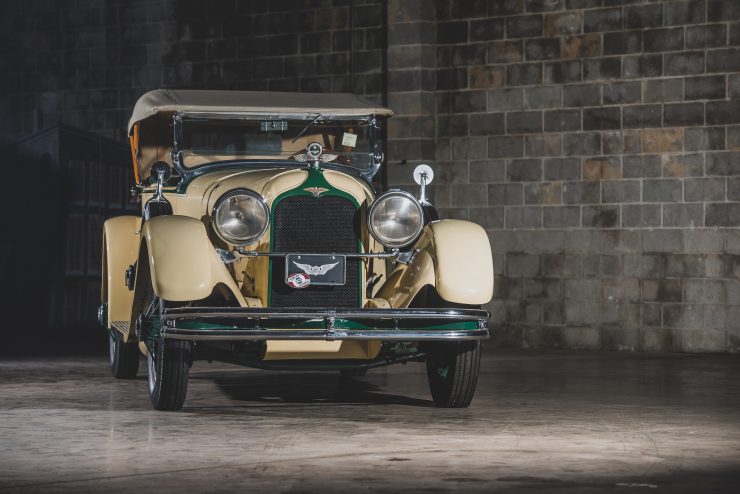 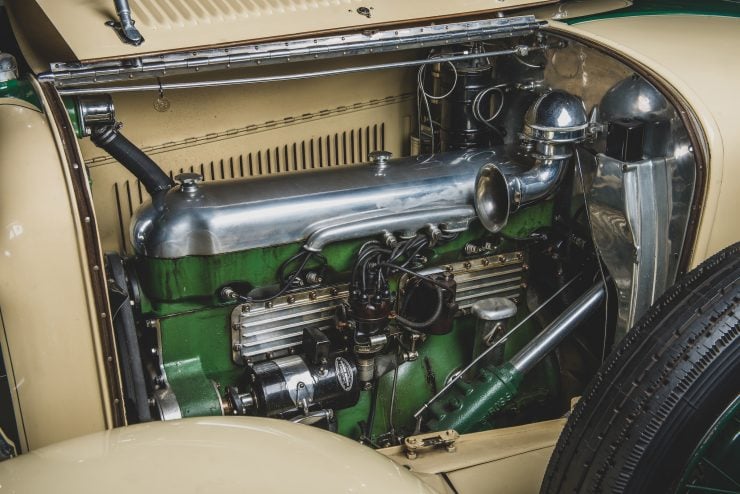 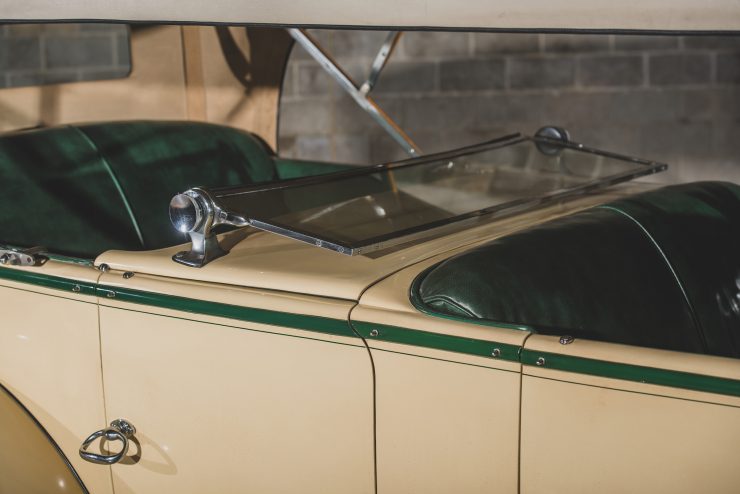 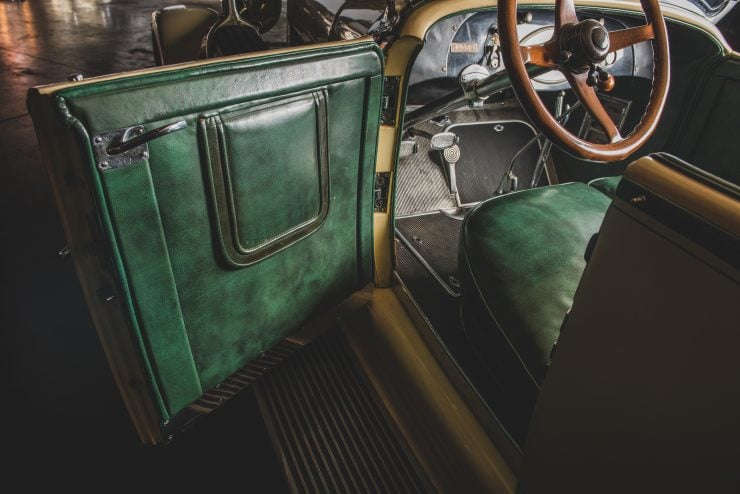 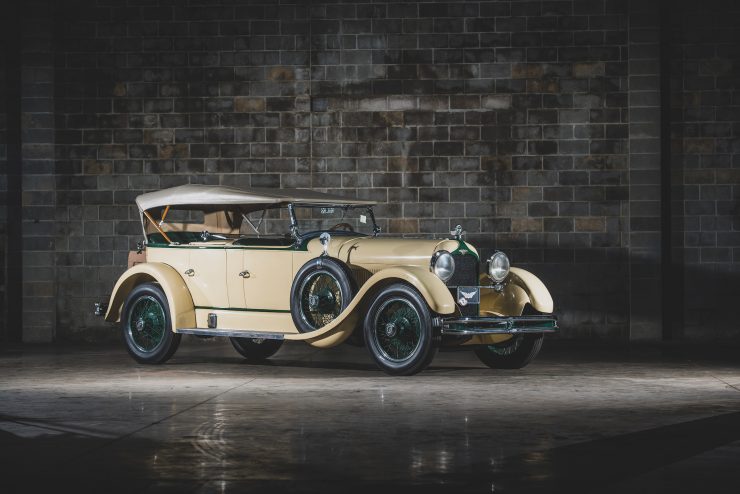 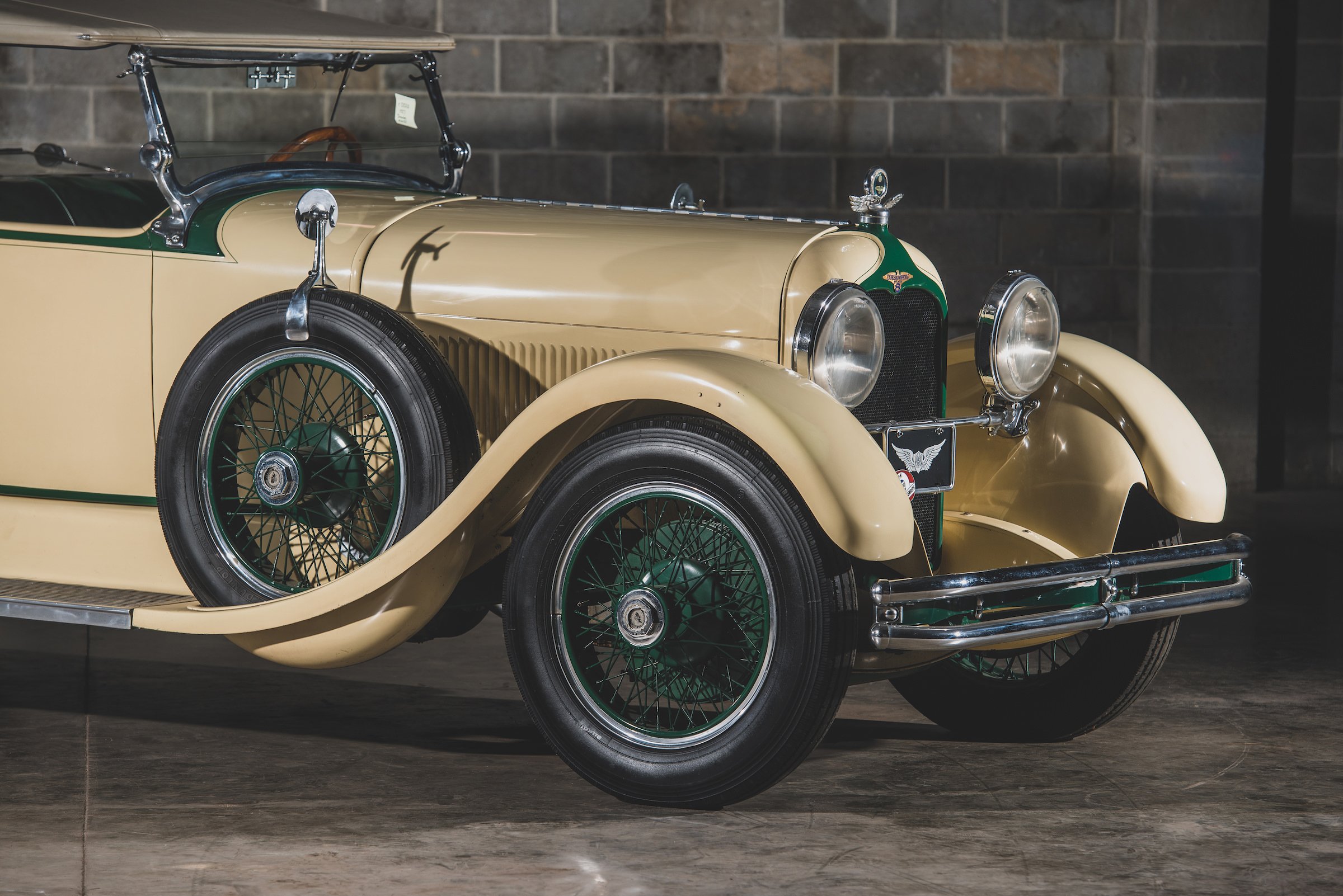