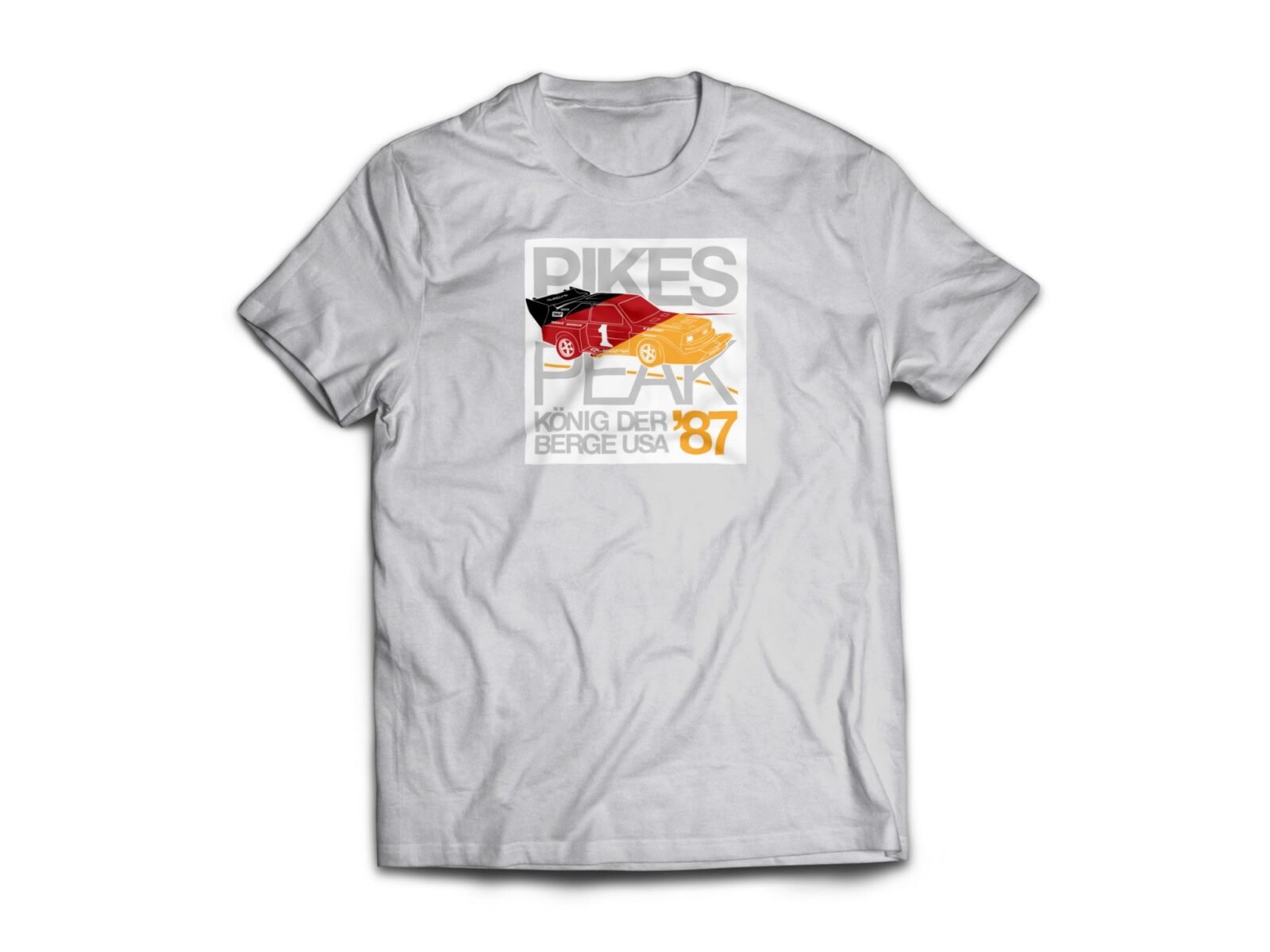 Walter Röhrl was the man to beat the record, he was piloting his 600hp Audi Sport Quattro S1 up the largely dirt course and if that sounds like something you’d like to see, I added the video containing footage of it below. As a way of memorialising Walter’s run, the father and son team over at Heritage Racing have created this t-shirt – we love the minimalist design and the clever use of the German flag as the background for the Audi, each tee costs $25 USD and can be bought from the button below. 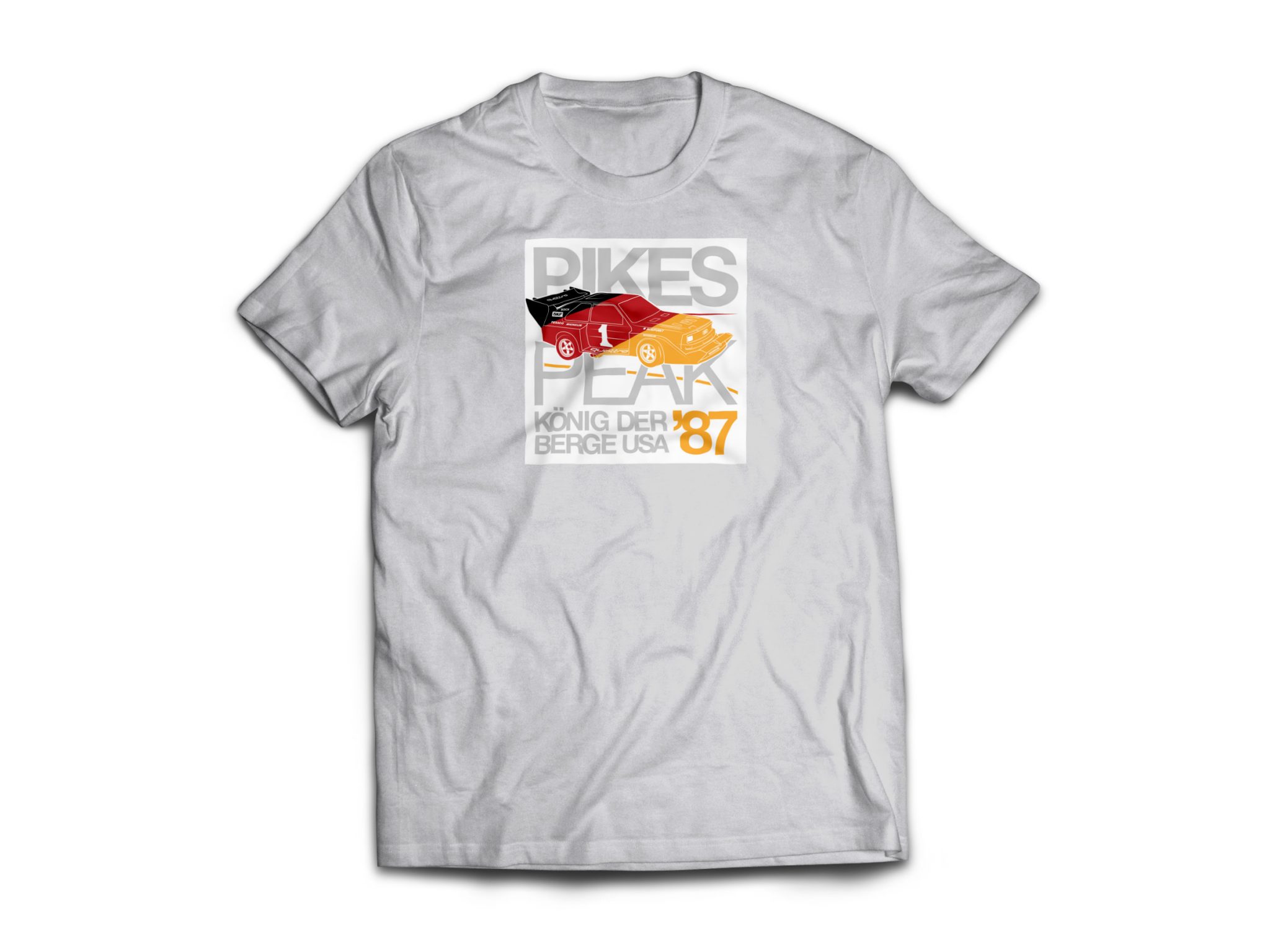