This Was Carroll Shelby’s Own Personal 1969 Shelby GT500 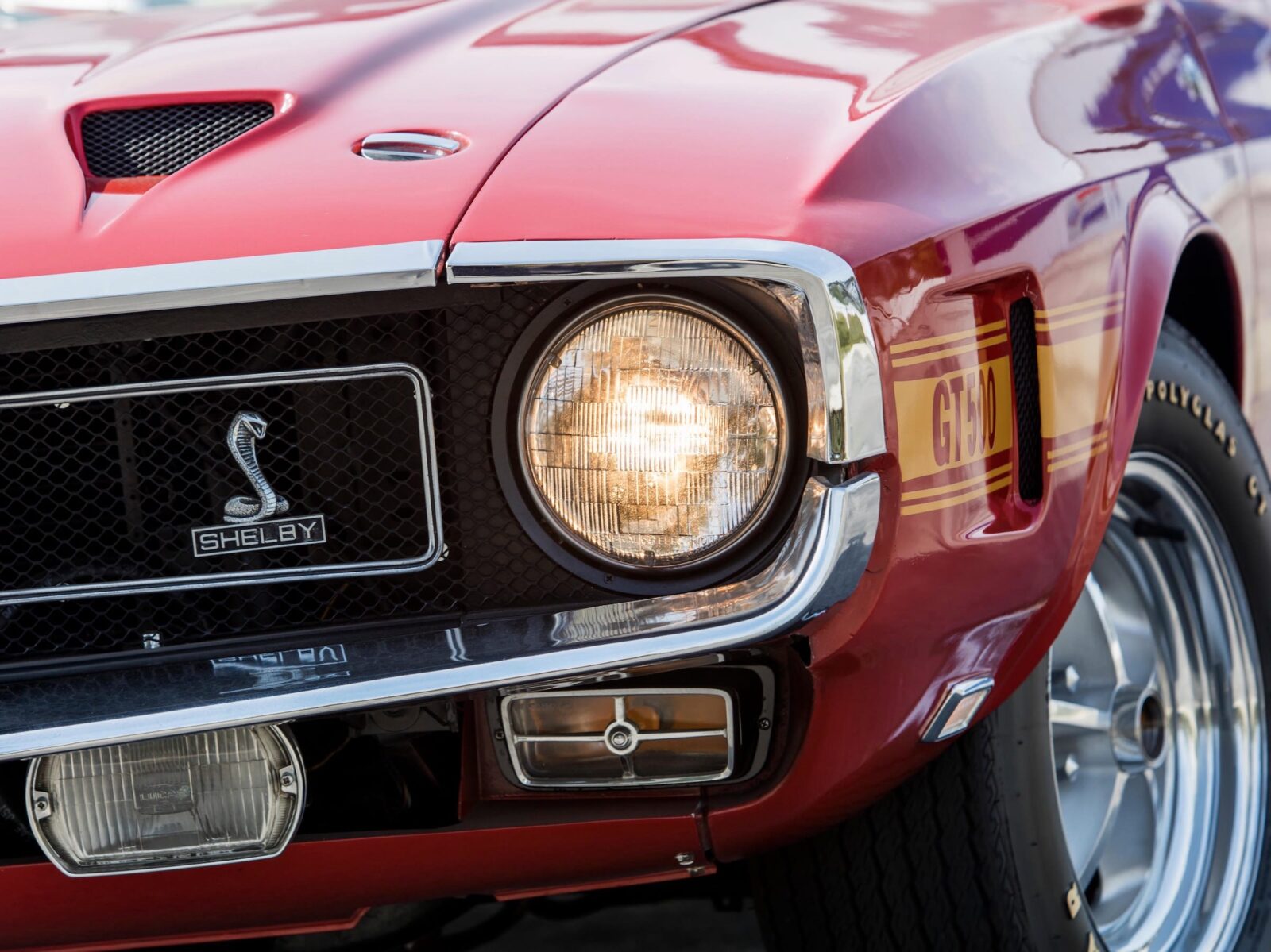 This 1969 Shelby GT500 is being sold directly from the private collection of Carroll Shelby, interestingly he bought the car secondhand to add it to his collection, and it would stay in his personal possession for decades – where it would remain even after his passing in 2012.

The 1969 Shelby GT500 would be the last of the original Shelby Mustangs along with its smaller-engined sibling the Shelby GT350.

These two Shelby Mustangs are perhaps the easiest to identify from a distance thanks to their completely re-designed front ends that are a few inches longer than the stock 1969 Mustang, and visually completely different. The letterbox style front surrounds a blacked-out grille with chrome accents and two headlights, above four rectangular lights fitted below.

Ford was far more involved with the design and construction of the Shelby GT500 (and GT350) than it had been in previous years, in fact Carroll Shelby now had relatively little input, and the Shelby-Ford partnership would end in the summer of ’69.

The heyday of the first American muscle cars was waning by the late 1960s and this could be seen nowhere more prevalently than in the Shelby GT500’s sales figures. Just a few hundred would leave dealer showrooms containing their new owners, leaving Ford to rebadge unsold inventory in 1970 (under FBI supervision) to the 1970 model year. 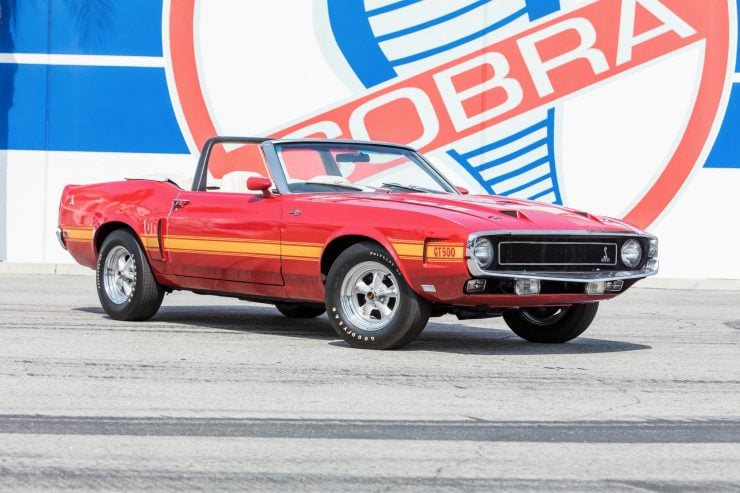 When the GT500 was first released in 1967 Carroll Shelby famously said “This is the first car I’m really proud of.” – this was quite the statement from the famous racing driver turned performance car builder, and by this time he’d already built a number of very significant vehicles.

The reason for his love of the GT500 was almost certainly the engine – it was fitted with the 427 cubic inch V8 nicknamed the “Cobra Le Mans” engine. This was the same engine that had been used in the Ford GT40 to take its hugely popular win in 1967, which did absolutely no harm to Ford’s marketing efforts.

For 1968 onwards the 427 was swapped out for the 428 Cobra Jet which was easier to manufacture in significant volumes.

The fuel economy is exactly as eye-watering as you may expect at just 11-12 mpg, but with cars like this you calculate fuel usage in smiles per mile, not miles per gallon. 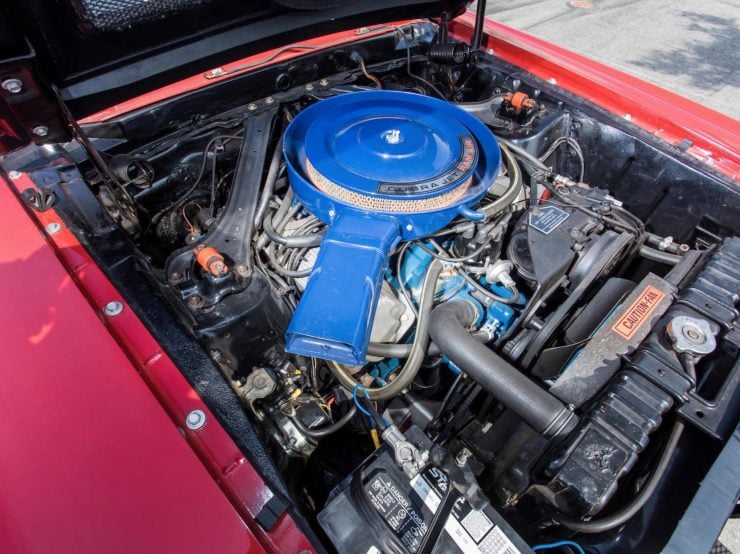 This car is doubtless one of the most special examples of the 1969 Shelby GT500 in existence due to the fact that it belonged to Carroll Shelby himself for so many years.

It was built at the Dearborn plant on April 14, 1969 with its 428 Cobra Jet, a C-6 Automatic transmission, Candyapple Red paint and white knit vinyl hi-back bucket seats. Options included a traction-lok differential, air conditioning, competition suspension, and a tachometer with a trip odometer.

The first few years of its life were spent over on the East Coast of the USA before it was bought by Shelby in California. A few years ago the car was fully restored by Barry Smiths’ Legendary G.T. Continuation Cars, Inc. (a licensed Shelby partner) and it now presents in remarkably good condition throughout.

If you’d like to read more about this car or register to bid you can click here to view the listing on Bonhams. 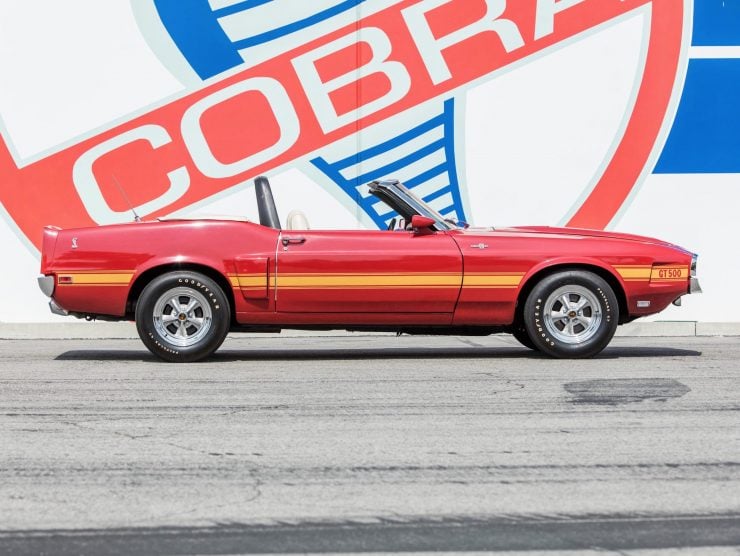 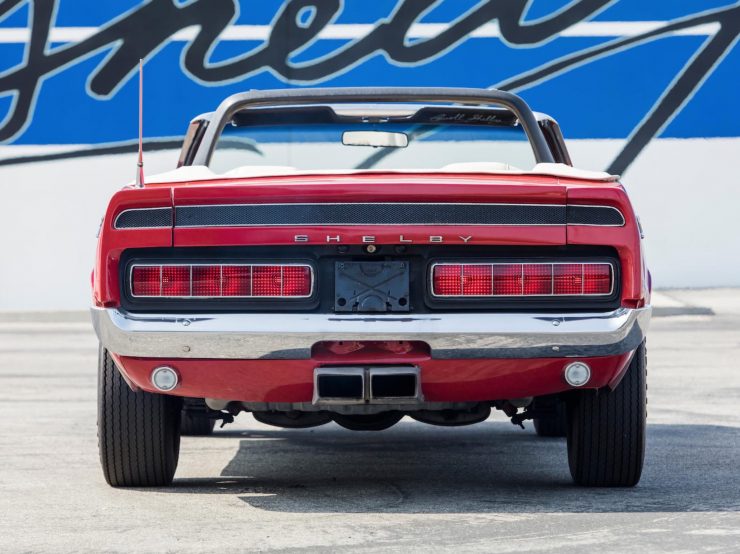 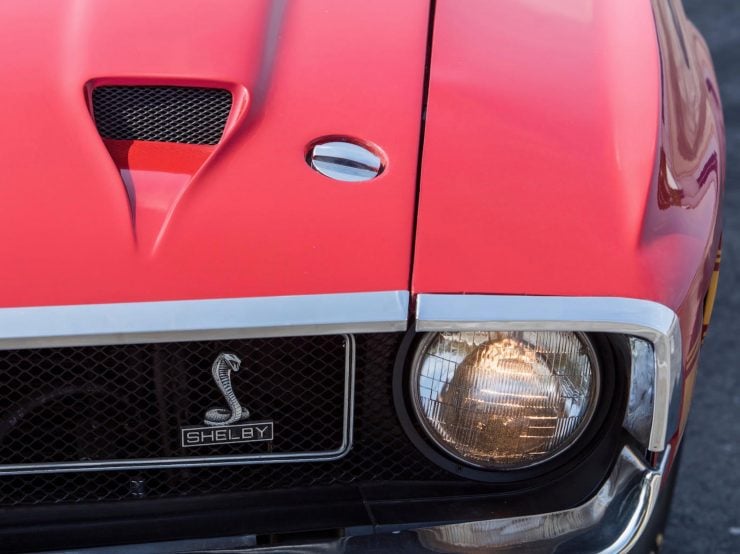 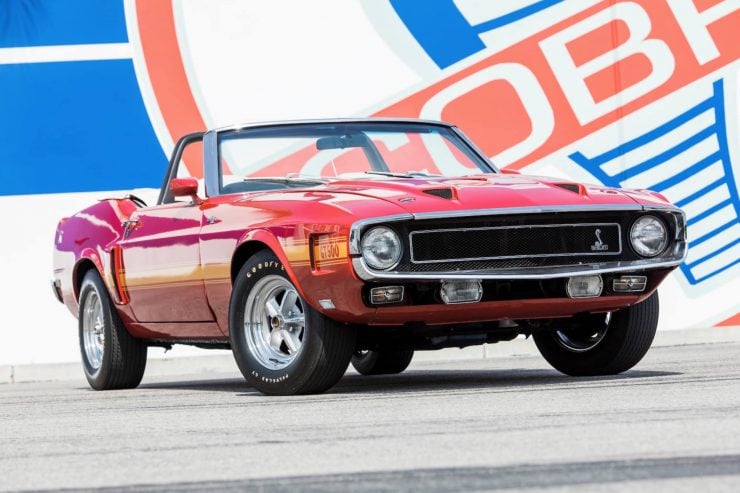 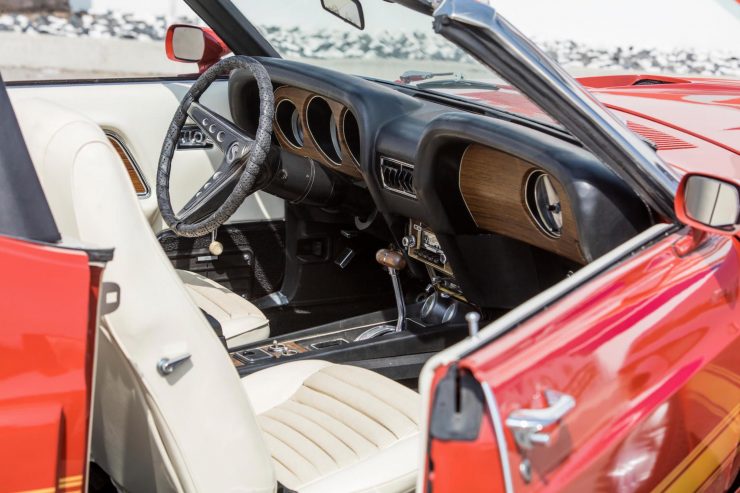 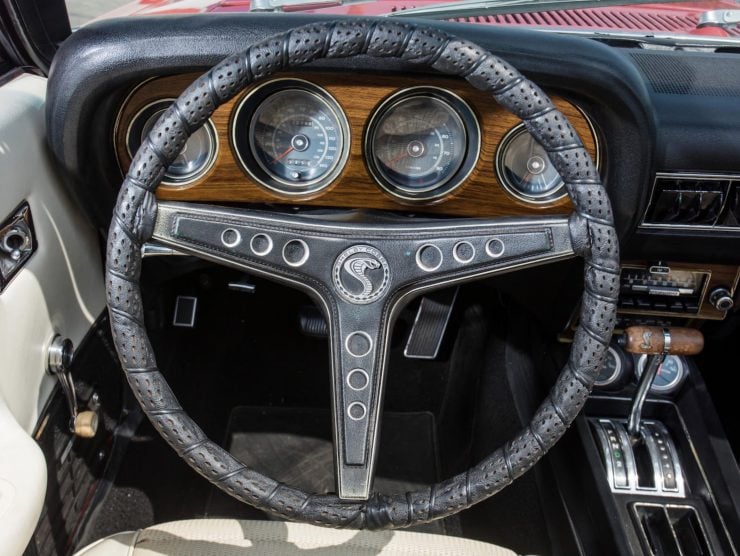 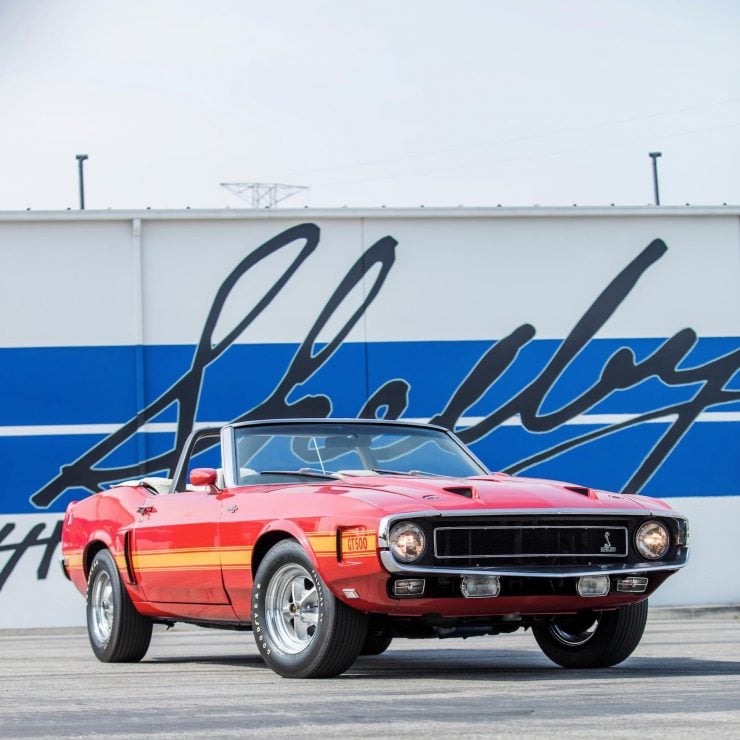 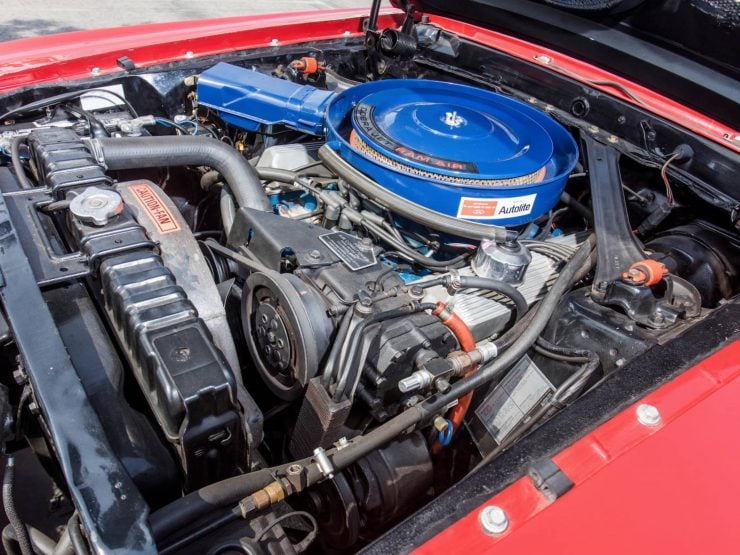 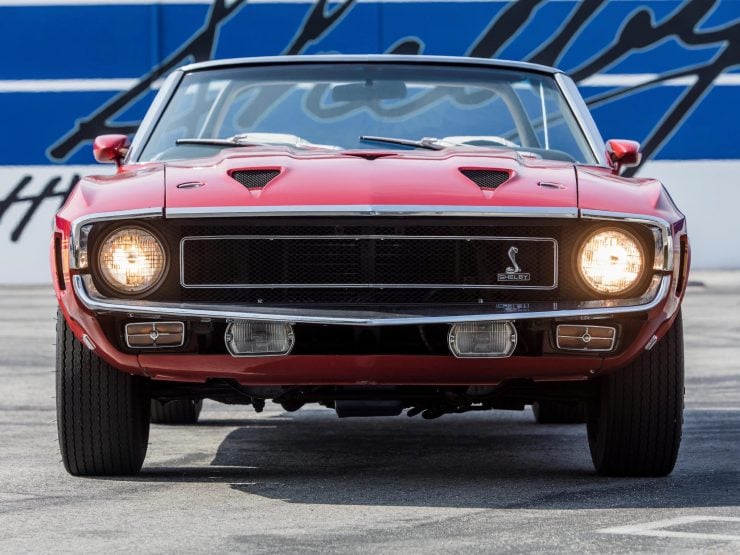 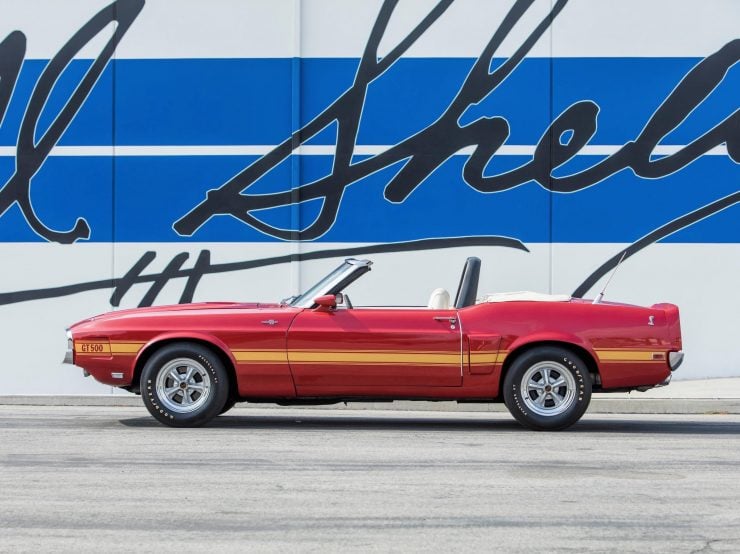 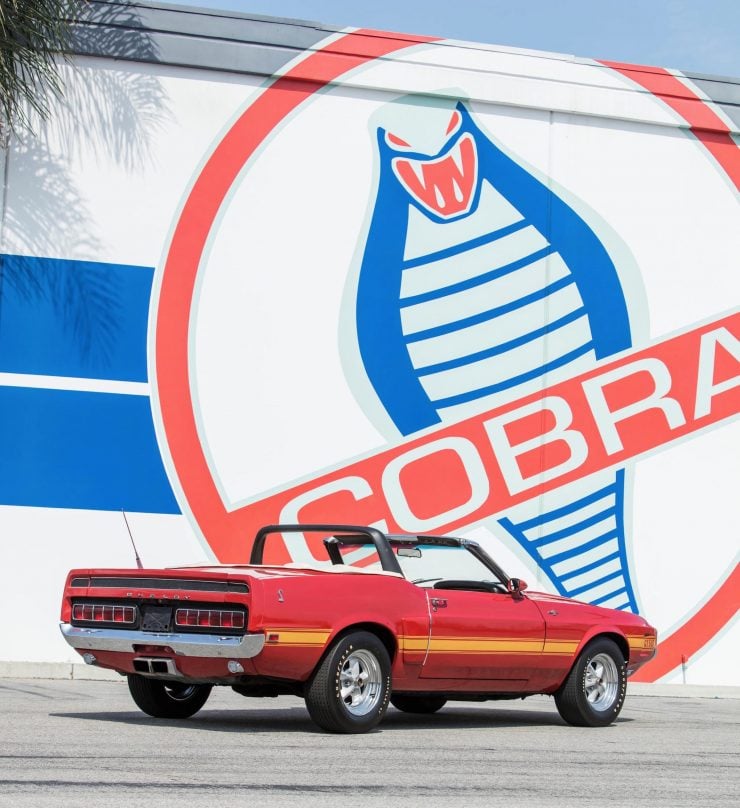 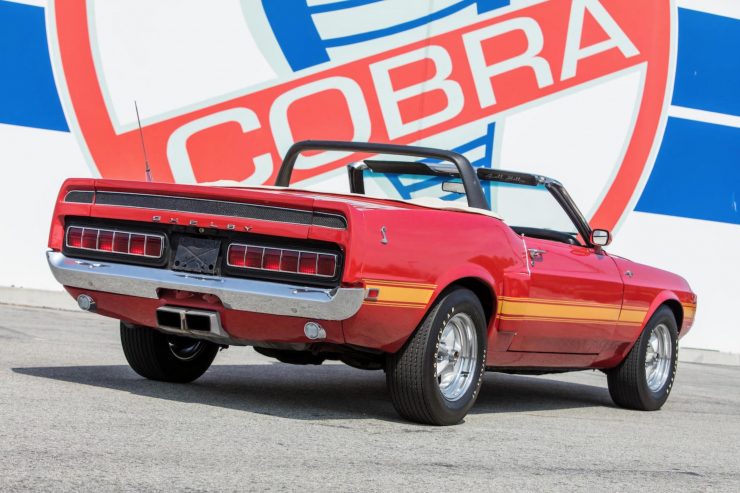 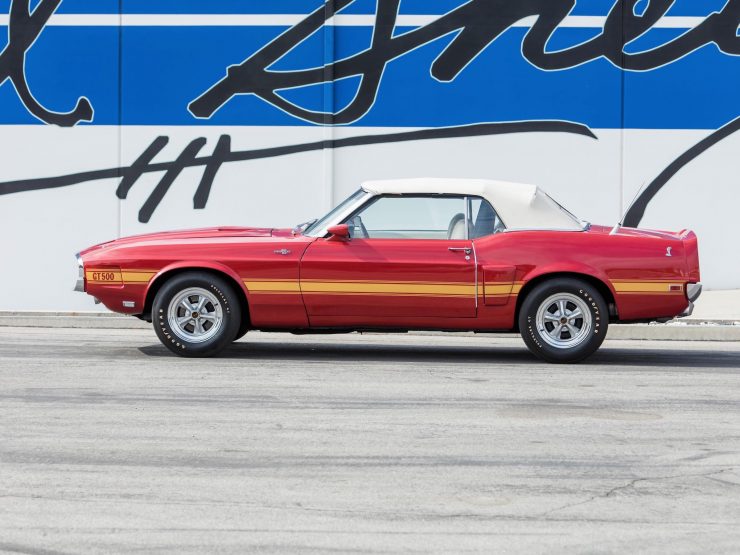 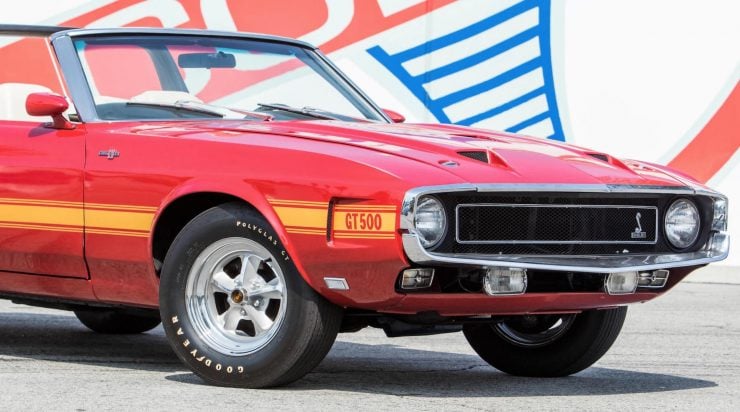 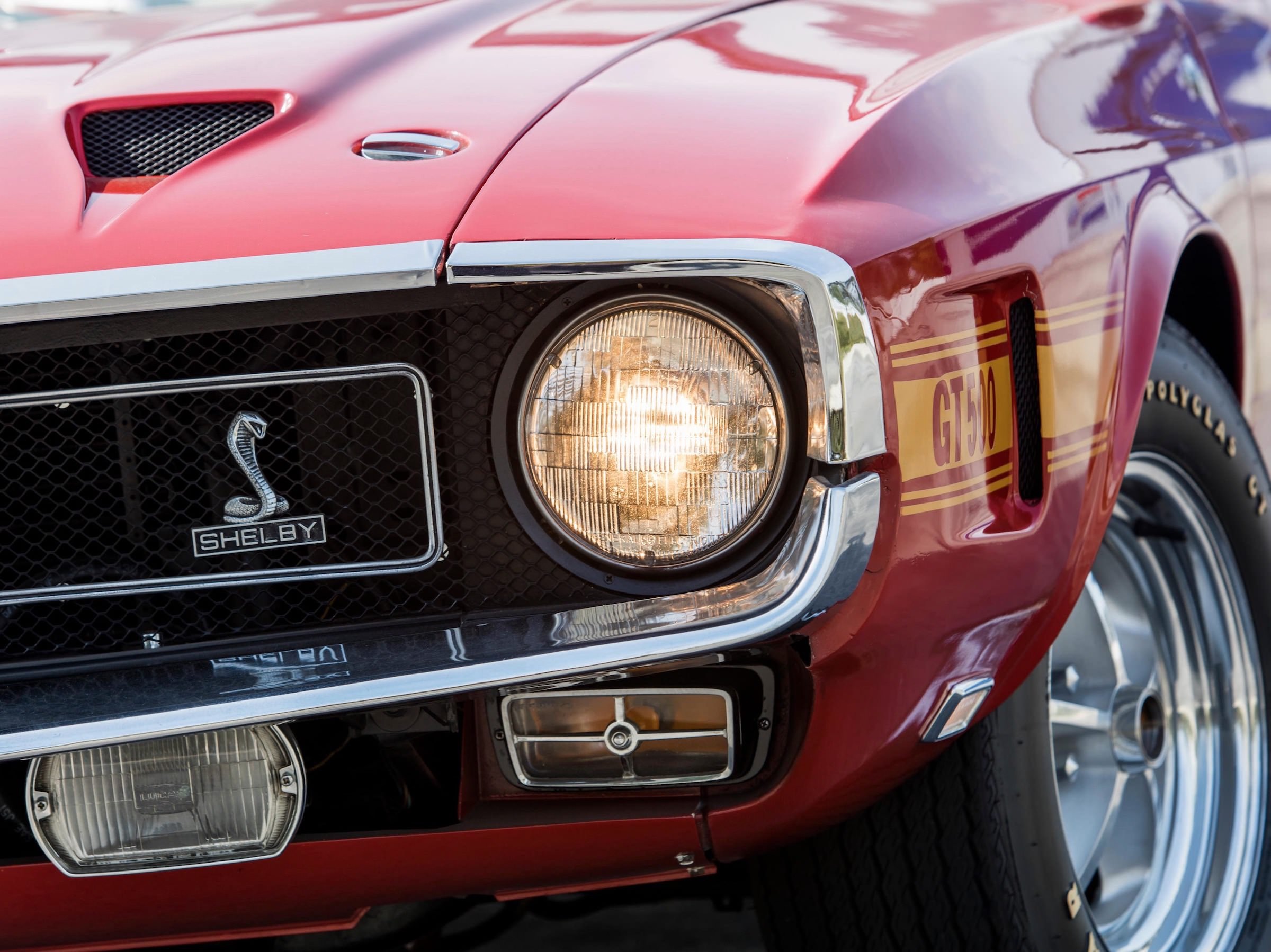