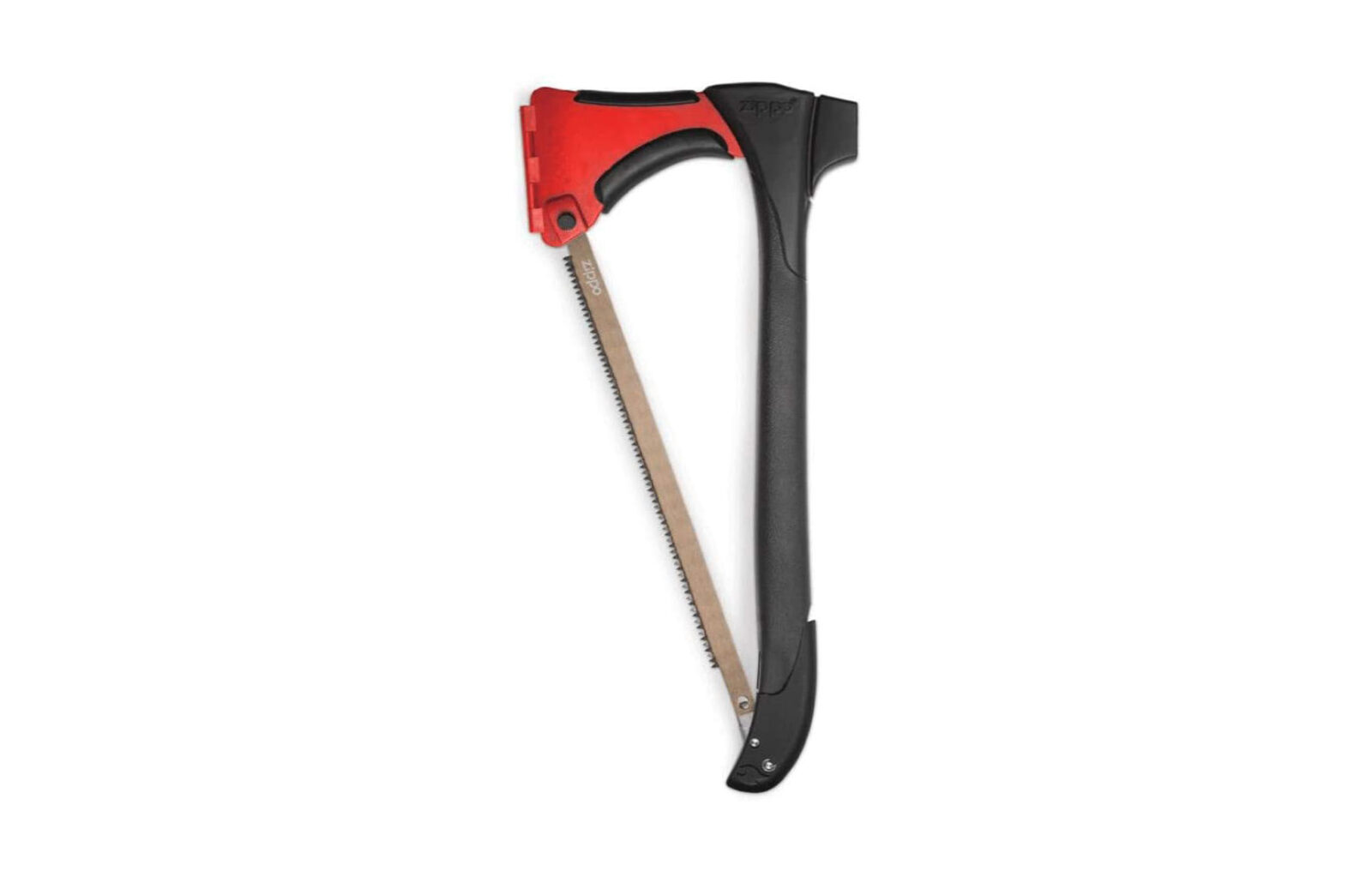 The Zippo Axesaw is exactly what it sounds like, it’s a hand axe with a removable saw blade, and it has a tent stake mallet on the back of the axe head.

When camping, hiking, road tripping, or when you’re in a survival situation, multi-faceted lightweight tools are key. The team at Zippo, a company more famous for their lighters, developed the Zippo Axesaw as the perfect all-in-one tool for setting up camp and getting a fire started.

Cutting firewood quickly and efficiently often requires that you have both an axe and a wood saw on hand. It’s far quicker to saw through small logs and branches than to chop them, but there are plenty of times when you need an axe on hand for cutting off branches and splitting wood.

When you’re setting the Axesaw up for sawing duties you remove the saw blade from the handle (it can carry up to two blades so you always have a spare) then you attach one end to the base of the axe handle and one end to the sheath that snaps over the axehead. The axehead then doubles as your saw handle, when using the mallet on the back of the axehead it’s advisable to snap the sheath into place over the axehead for safety – so that you don’t accidentally chop yourself in the face.

The Zippo Axesaw measures in at 20.3 long with a 1.6 inch thickness, and it’s 8.6 inches wide. It weighs in at 2.64 lbs, which makes it perfect for camping and hiking, and it also means it’ll be suitable for motocamping. Combined with one of Zippos well-known lighters the Axesaw gives you the ability to set up camp and cut as much firewood and kindling as you’ll need before getting the fire started. 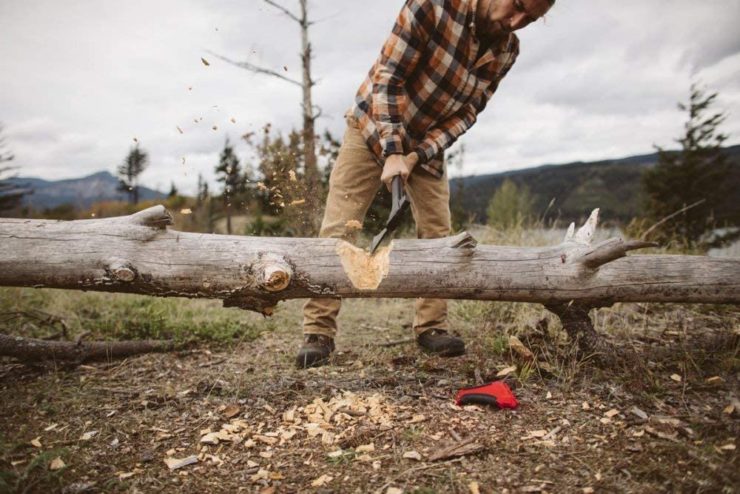 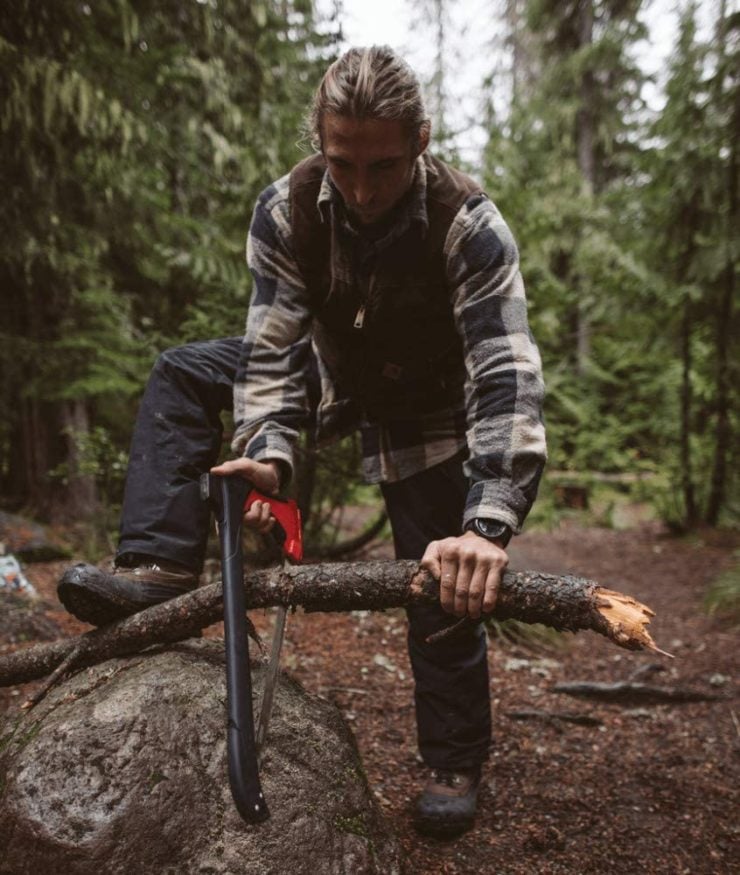 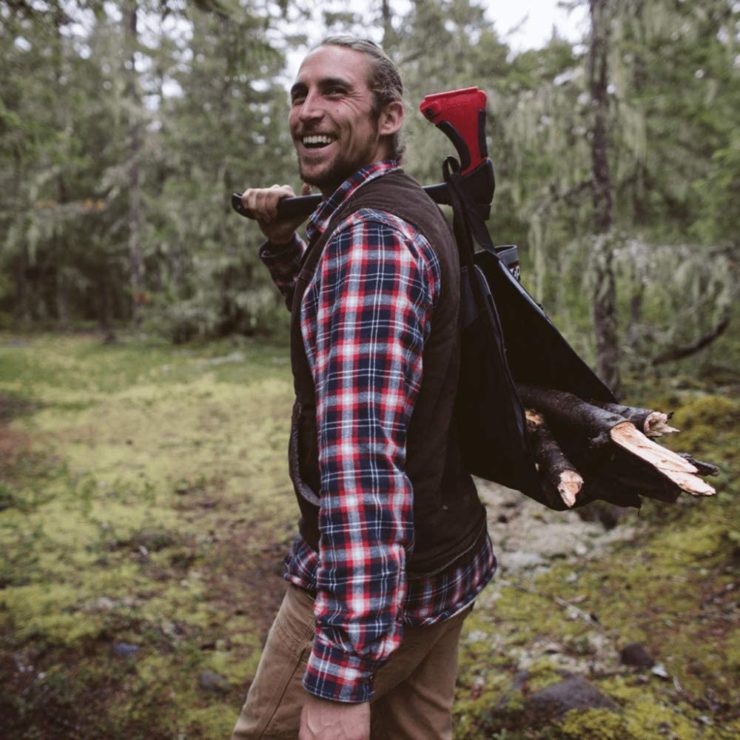 This is the Squire K-Canvas® Workshop Apron, it’s made from Earnest Co’s proprietary K-Canvas® material, a heavy cotton and Dupont Kevlar® blend that results in a comfortable and hard-wearing material that has excellent flame-resistance and 20x the…