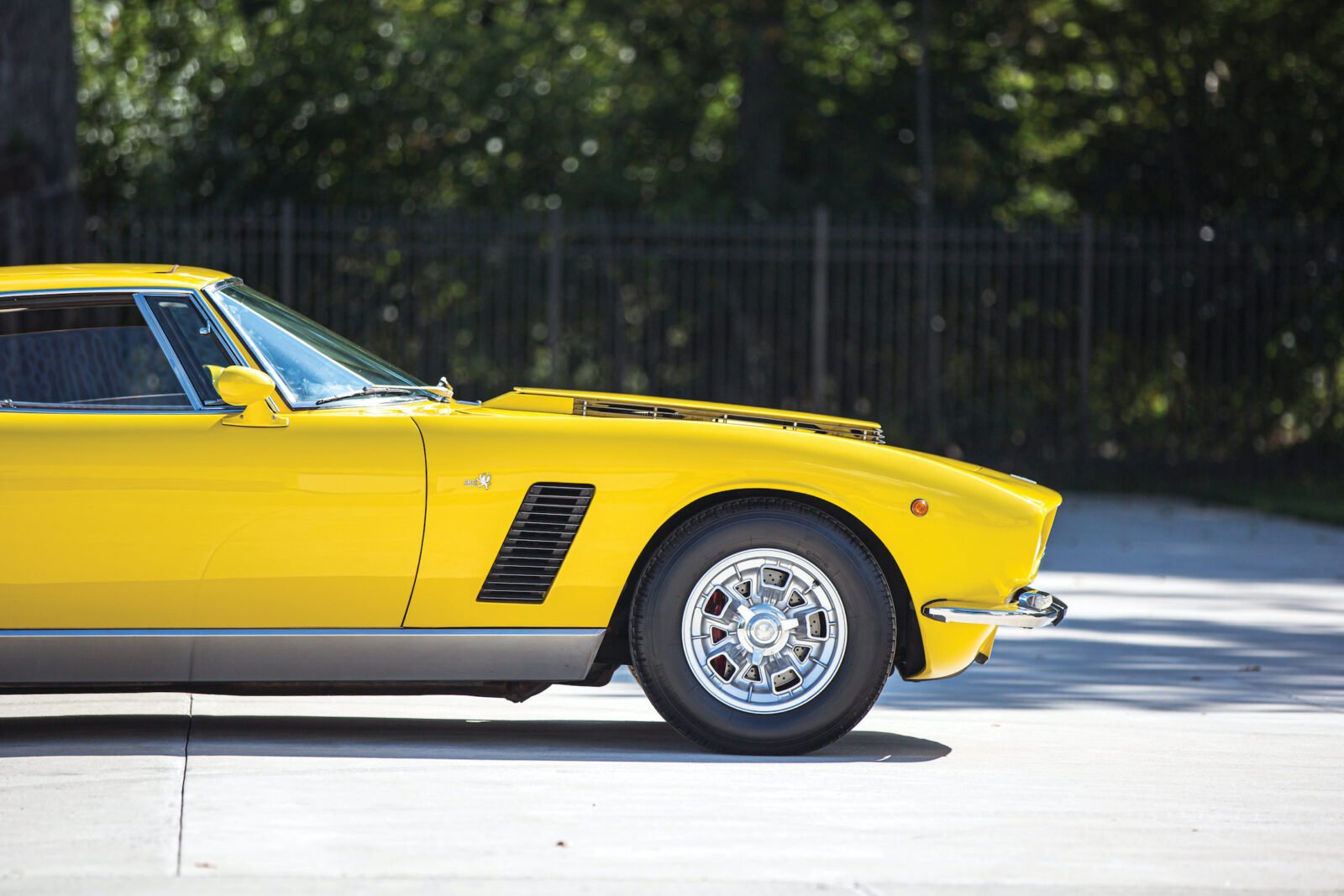 The Iso Grifo is an Italian high-performance GT car with an American heart – the name “Grifo” means “Griffin” in English – the mythological creature with the body of a lion and the head of an eagle.

The team behind the creation of the Iso Grifo was about as prestigious as any in automotive history. The car was designed by the great Giorgetto Giugiaro, the engineering was completed by Giotto Bizzarrini – the legendary creator of the Ferrari 250 GTO, they were built by Nuccio Bertone and his team at Carrozzeria Bertone, and it all happened under the watchful eye of company founder Renzo Rivolta.

Iso as a company had humble beginnings, it was originally known as Iso Thermos and they produced refrigeration, air-conditioning, and heating products. In the 1950s the company developed the Iso Isetta, now known as one of history’s most famous bubble cars, and the sales were so strong Iso was unable to meet demand.

Iso licensed BMW and a number of other manufacturers to produce their own versions and it would be the money Iso earned from this that would give Renzo Rivolta the opportunity to launch a true passion project – his own handsome GT car to compete with the likes of Ferrari and Maserati. 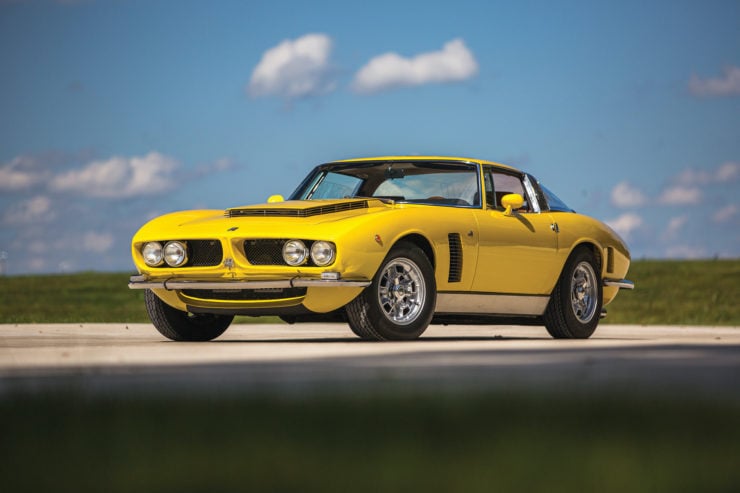 Rivolta was a shrewd businessman and he recognised that he lacked the funding to develop his own engine and transmission for the car so he did the next best thing – he bought powerful and reliable Corvette V8s from the Americans and paired them with tough Borg-Warner 4-speed transmissions.

Although admittedly less fancy than a Ferrari V12, these V8s were almost bulletproof, they were easy to fix when they did break, they sounded great, and the parts were cheap and plentiful. The first Iso GT car was the Iso Rivolta IR 300 released in 1962, it was a good looking four seat coupe that sold well for the company. In 1965 the company released the Iso Grifo – a faster, leaner car with a shorter wheelbase and 2+2 seating rather than seating for four adults.

The Iso Grifo would be sold in three major generations from 1965 until 1974 including the mighty Iso Grifo 7 Litri – a modified version of the earlier car that was fitted with the Chevrolet L71 big-block engine. This was a 427 cu. in. 435 hp V8 capable of 300 km/h or 186 mph – a respectable figure today but a mind-blowing top speed for the late 1960s. The 7 Litri is easily identified due to its unusual hood which was developed to accomodate the larger big block V8. 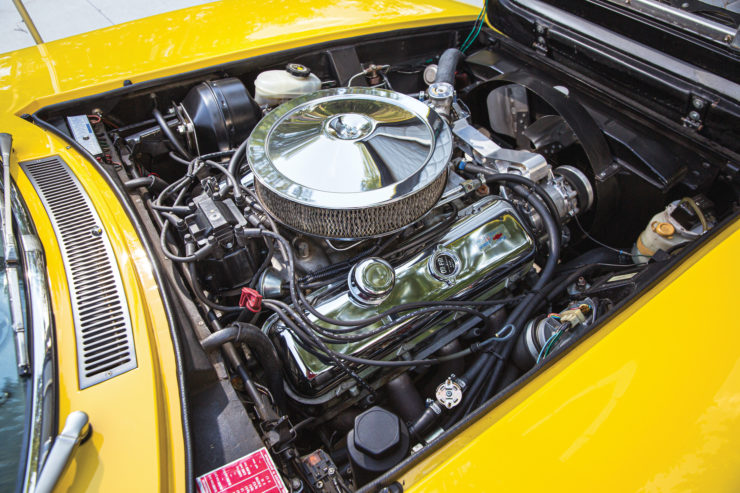 Sadly the 1973 Oil Crisis would kill off Iso, as well as a great number of other automakers, and although some attempts have been made to revive the brand none have yet been successful.

The car you see here started out as a 1968 Iso Grifo GL Series I however in the early 2000s its then-owner in the Netherlands sent it to the well-known marque specialists Roberto and Federico Negri. Over the course of the subsequent €200,000 restoration the car was entirely rebuilt and upgraded to full 7-Litri specification with a period-correct 427 cu. in V8.

Work on the car was completed in 2005 and today it remains in remarkable condition throughout with performance capabilities that shame many far more modern high-performance cars. If you’d like to read more about this car or register to bid you can click here to visit the listing on RM Sotheby’s. 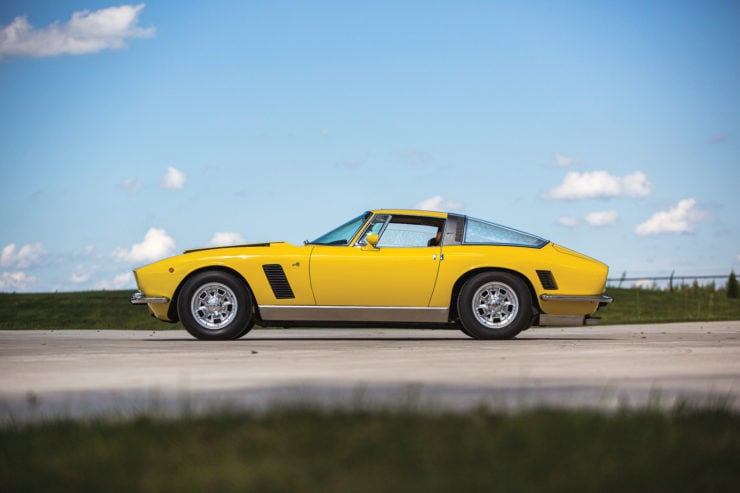 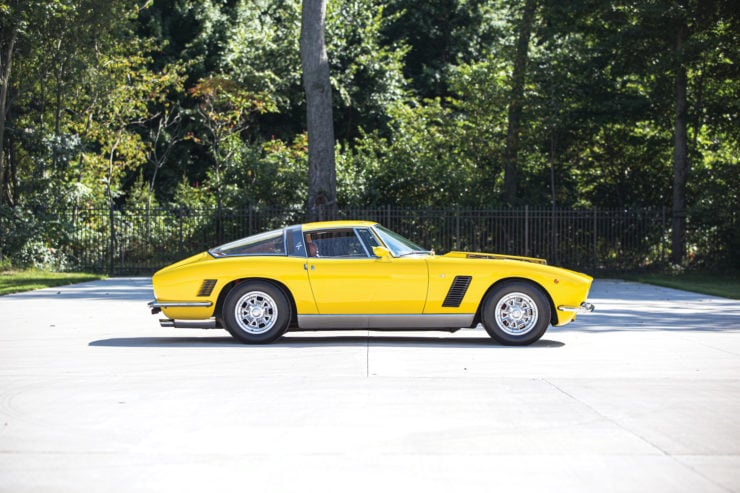 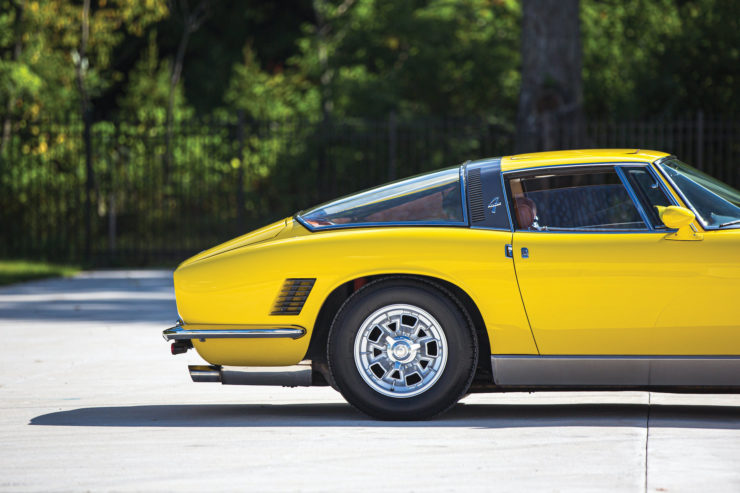 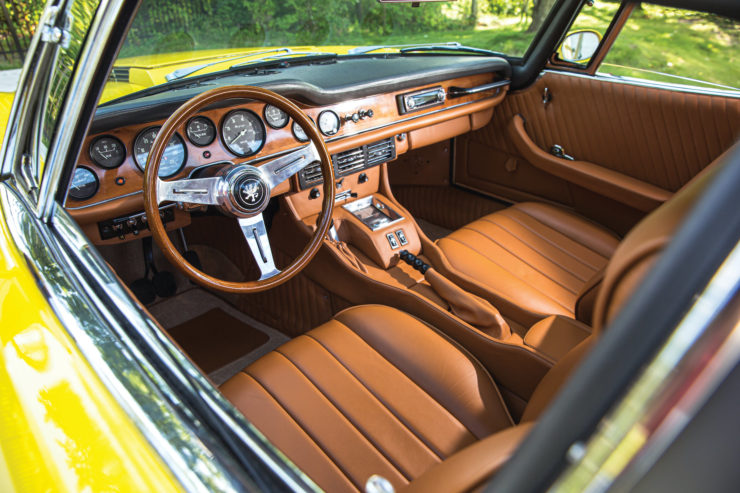 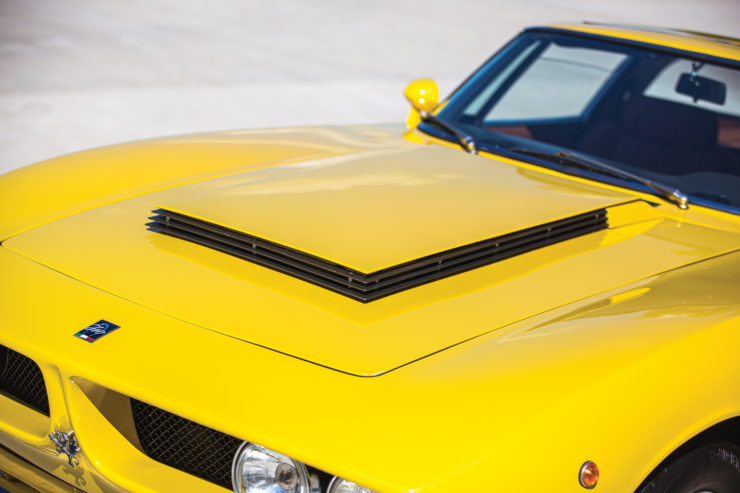 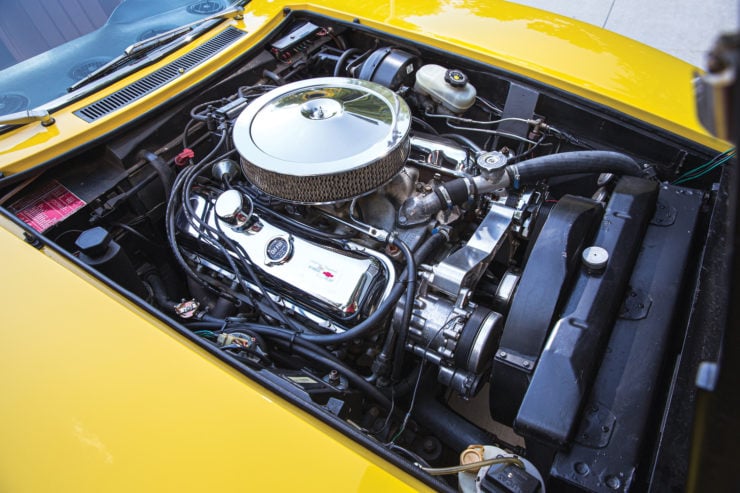 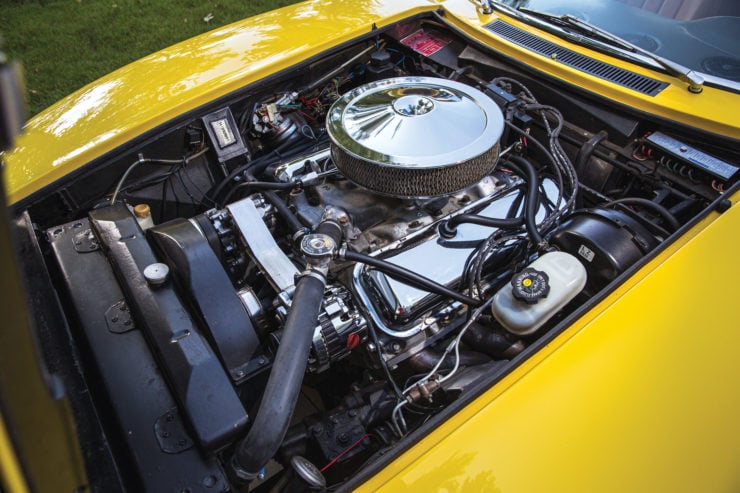 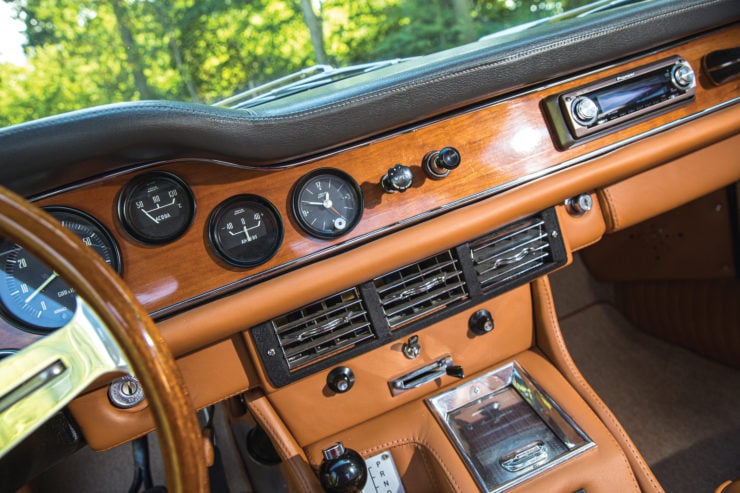 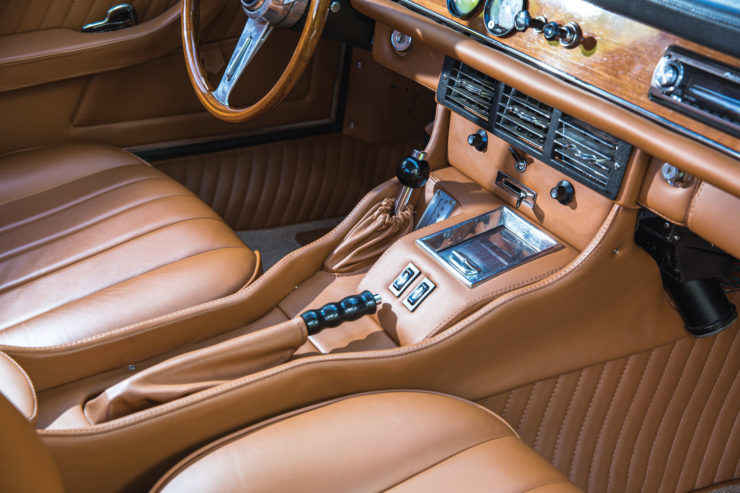 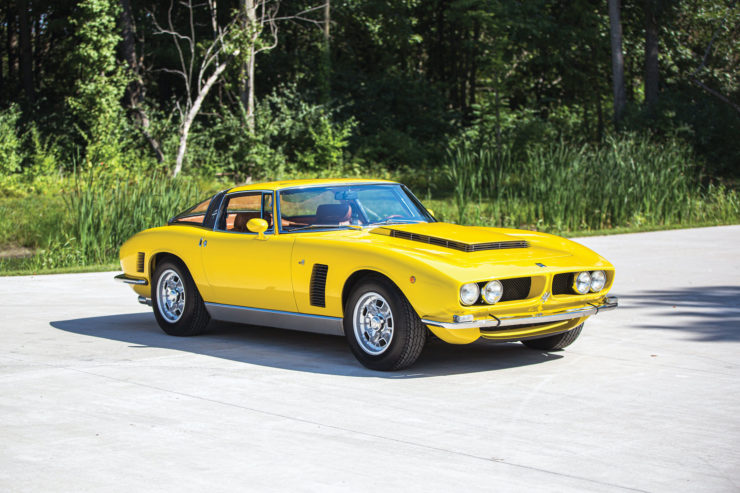 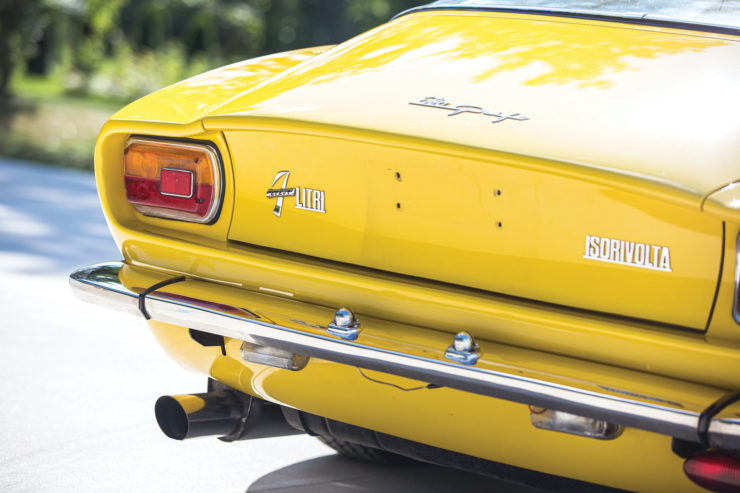 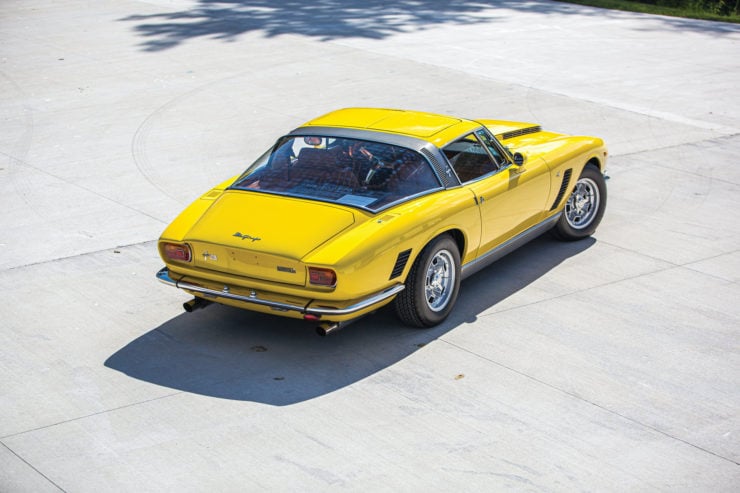 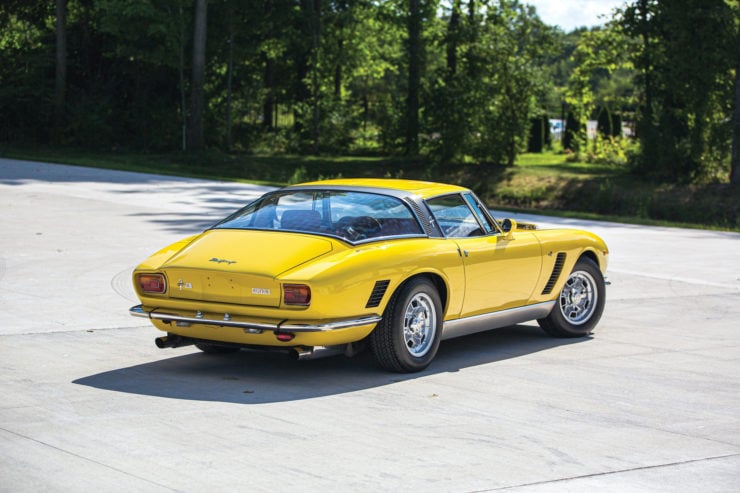 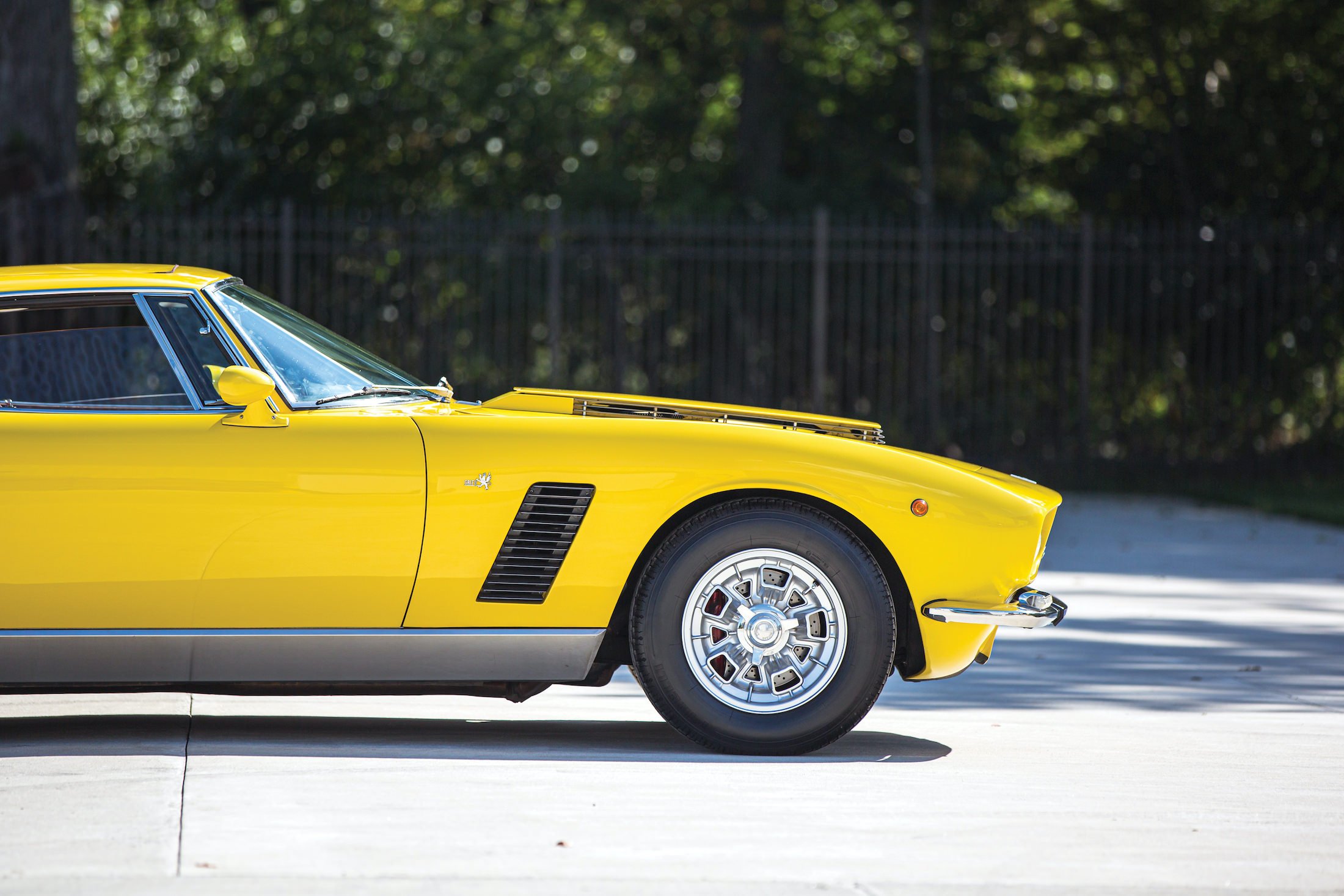