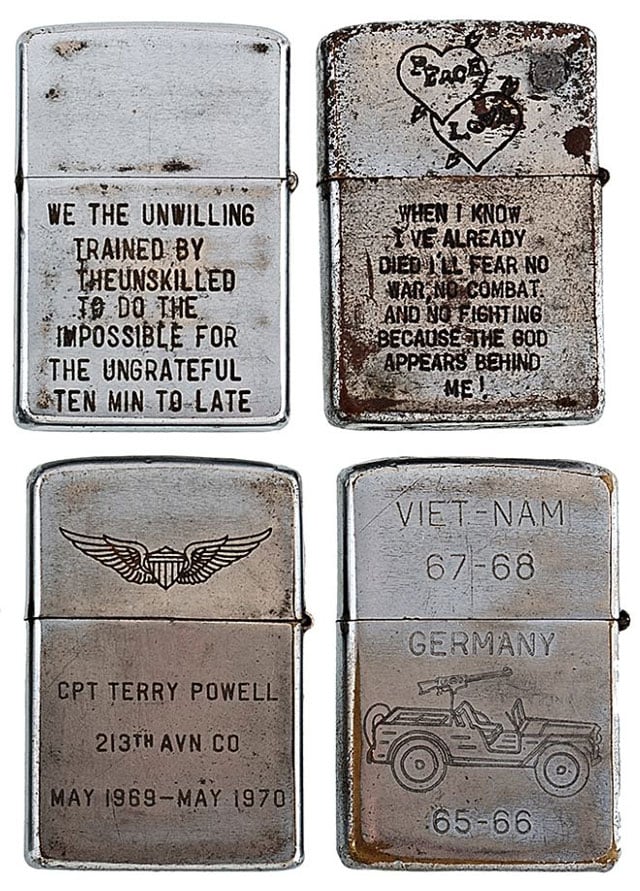 This remarkable collection of 282 Zippo lighters from the Vietnam War were complied by Bradford Edwards during the 1990s – long before the current demand for mementos from the conflict created the swirling blackmarket in fake Zippos that now dominate market stalls from Hanoi down to Ho Chi Minh.

As all of these Zippos were found in Vietnam it’s likely that most of their original owners died in the conflict, a Zippo was something no soldier would leave behind if he could help it – the small device would heat up their first meal in the jungles of Vietnam and it would light their last cigarette, which made it only slightly less important than their weapon.

The full collection of lighters sold for $35,250 USD at a recent sale by Cowan’s Auctions, the fact that all of the lighters were known to be genuine helped to drive the final price up as this is generally considered to be the largest Vietnam-era Zippo collection anywhere in the world.

Hopefully the new owner will allow them to be displayed in a museum as it seems like a terrible waste of history and hard-won wisdom to hide them away in a private collection. 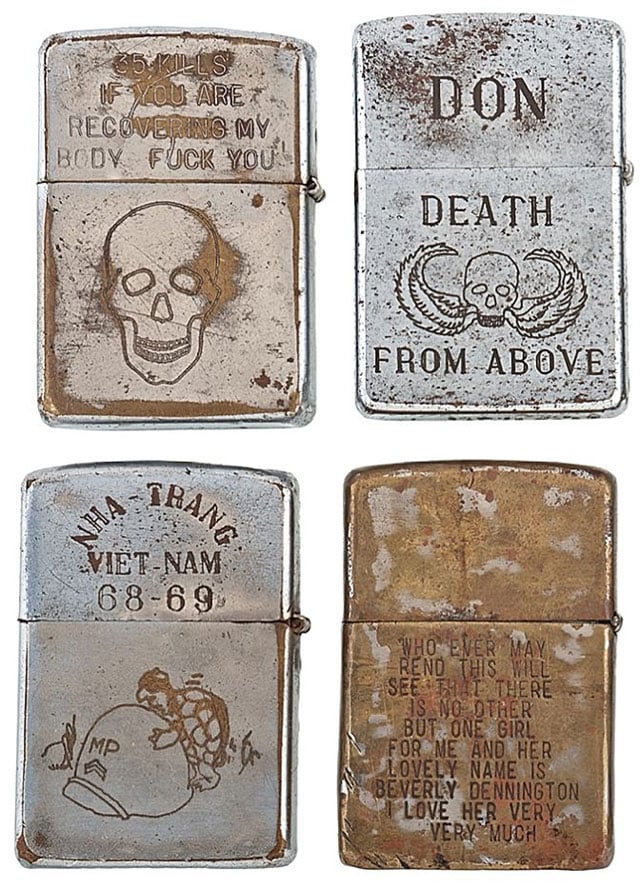 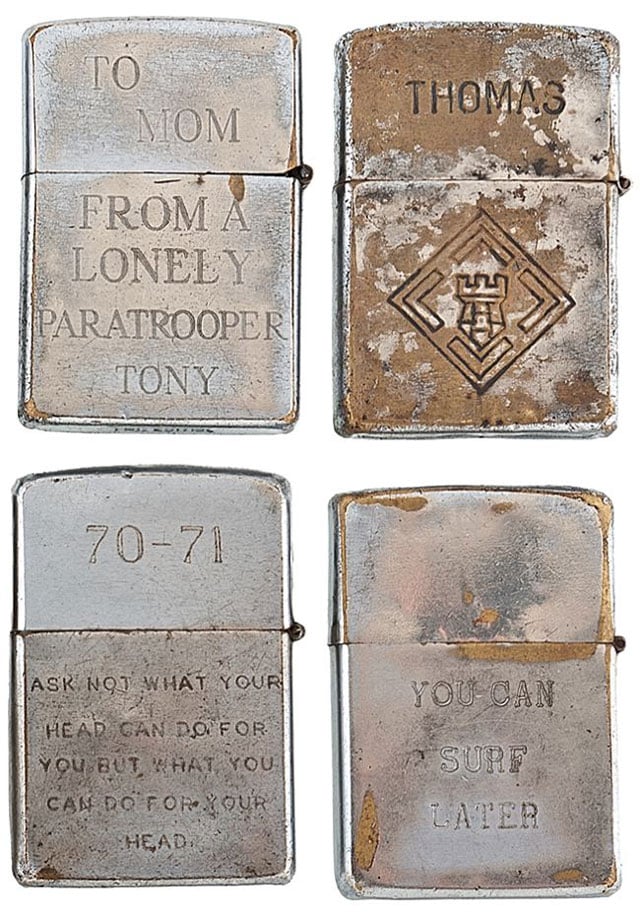 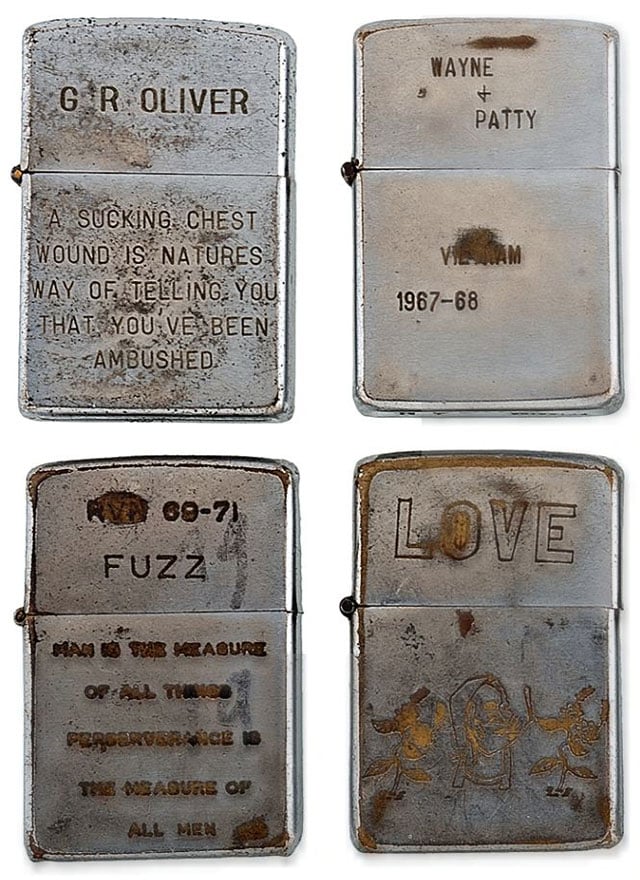 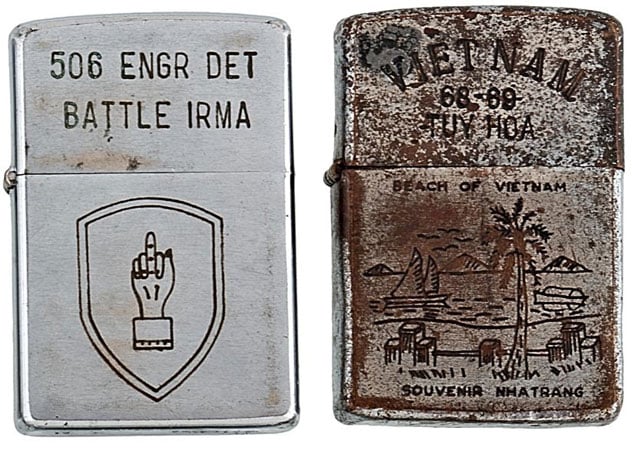 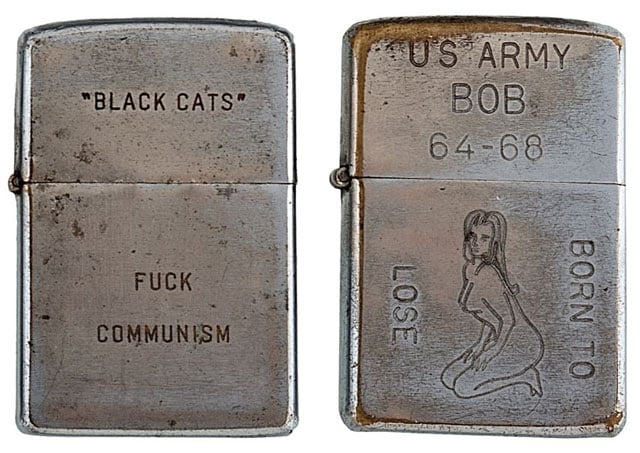 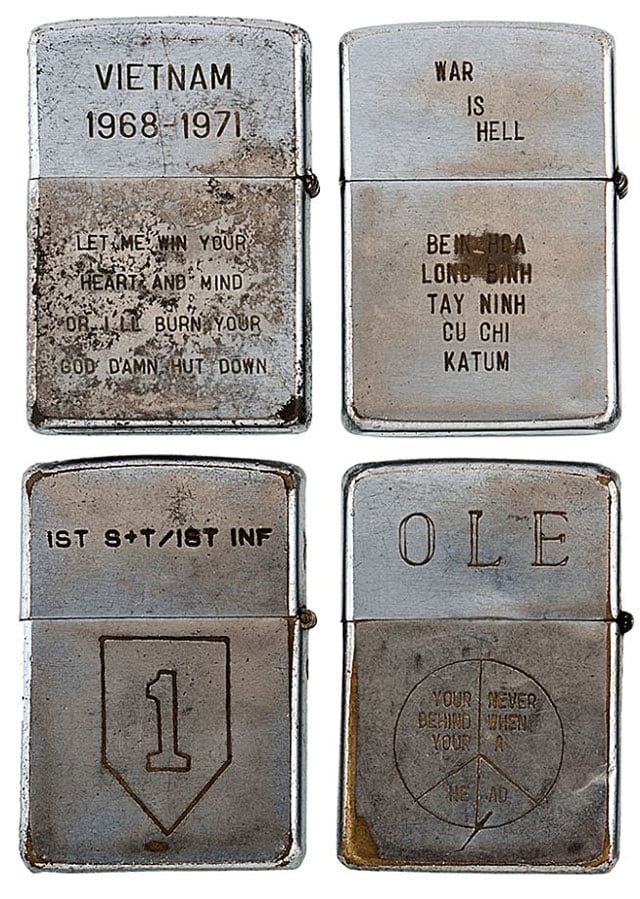 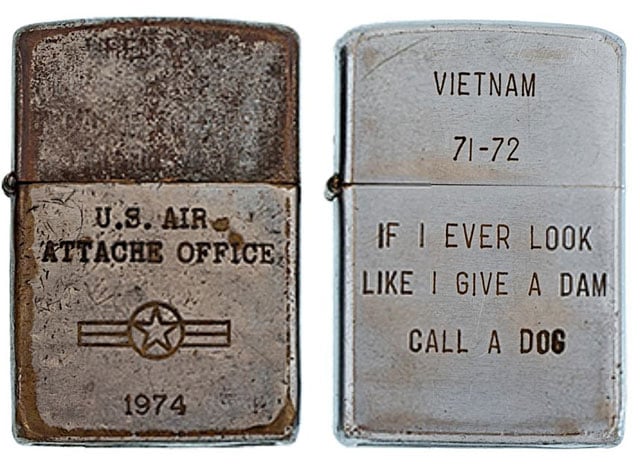 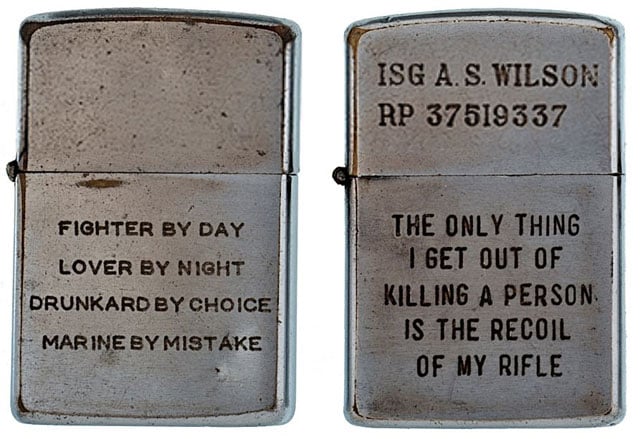 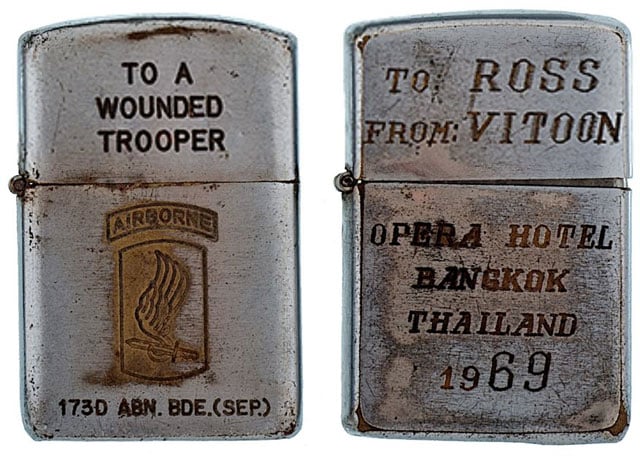 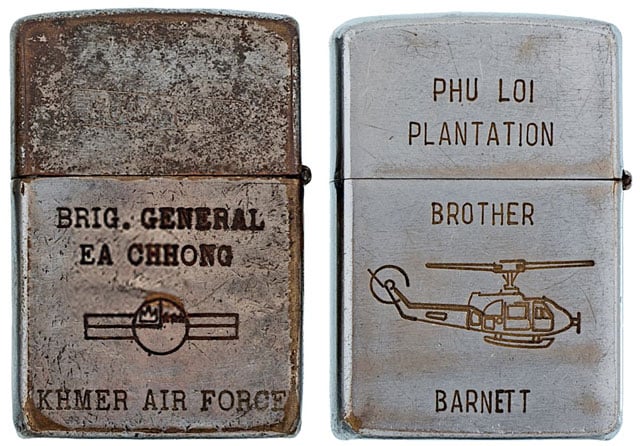 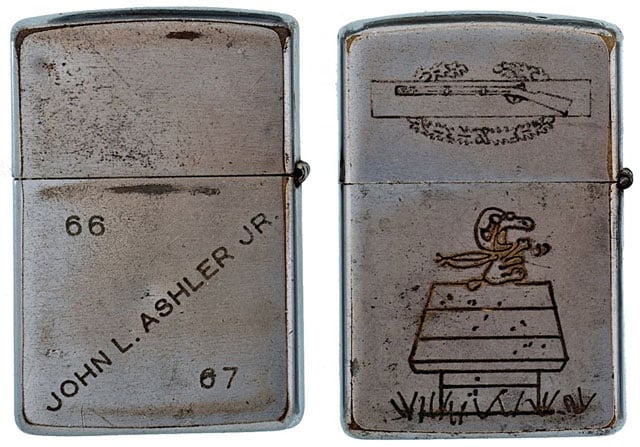 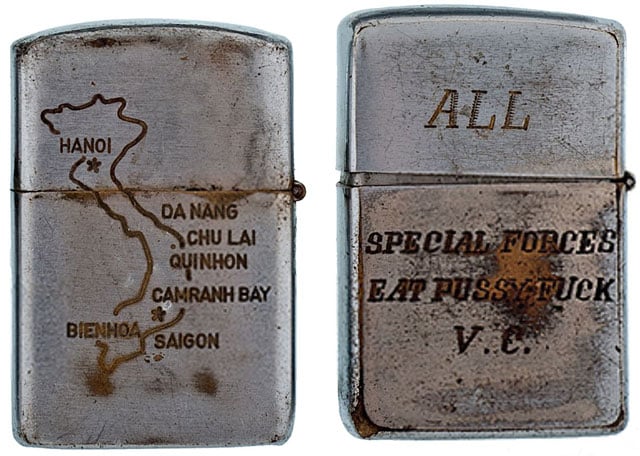 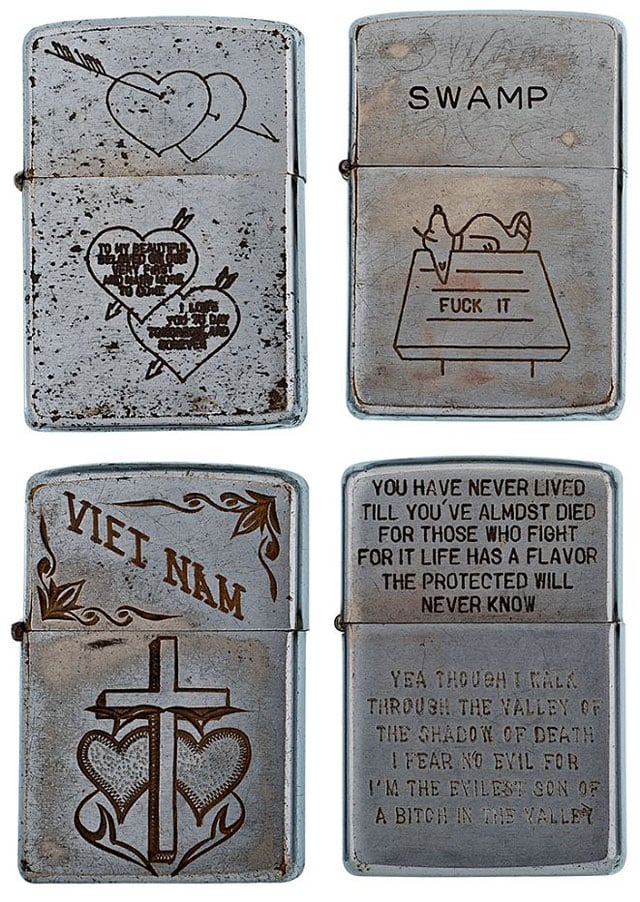 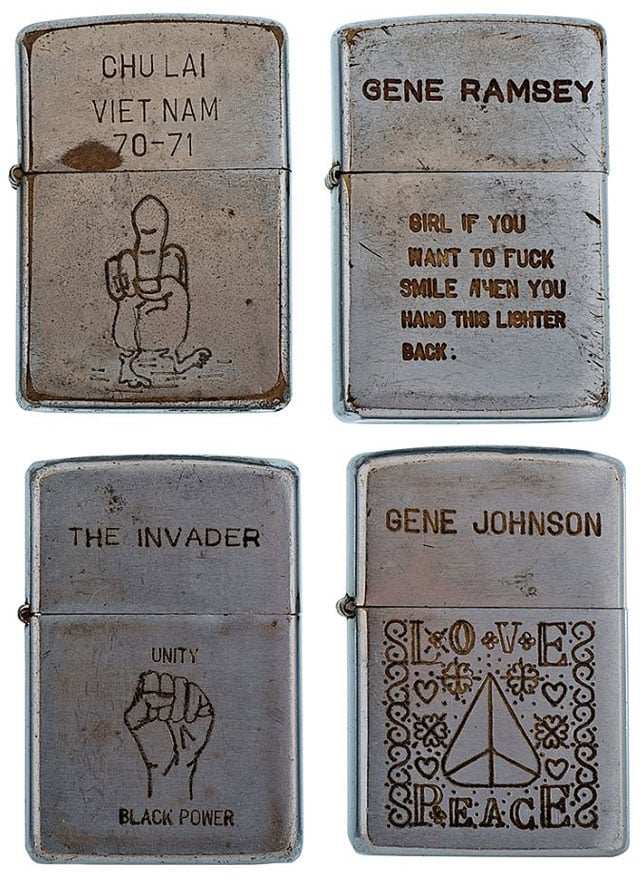 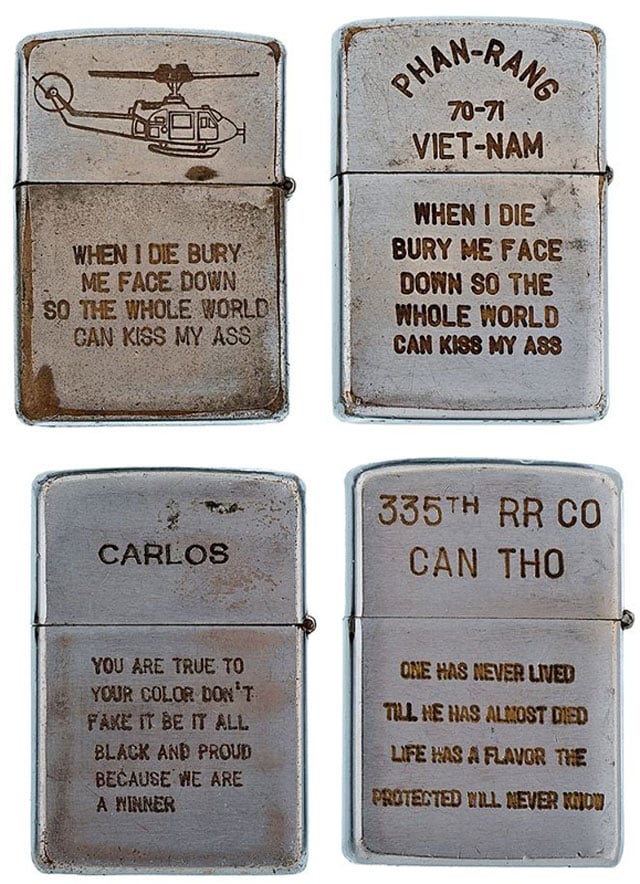 All images courtesy of Cowan’s Auctions. 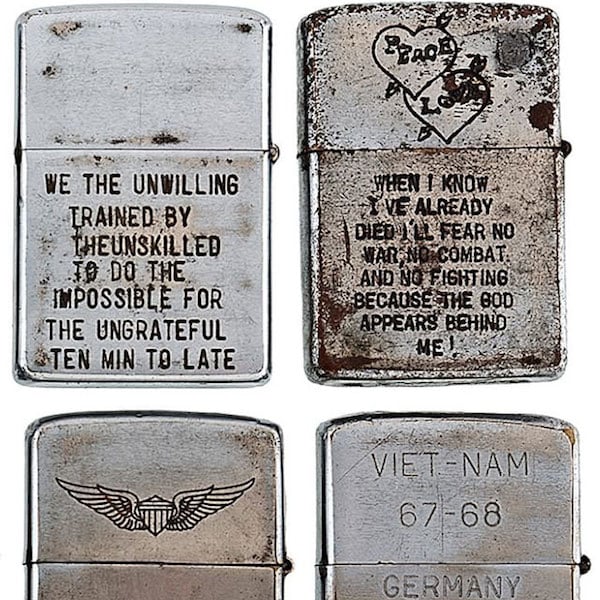