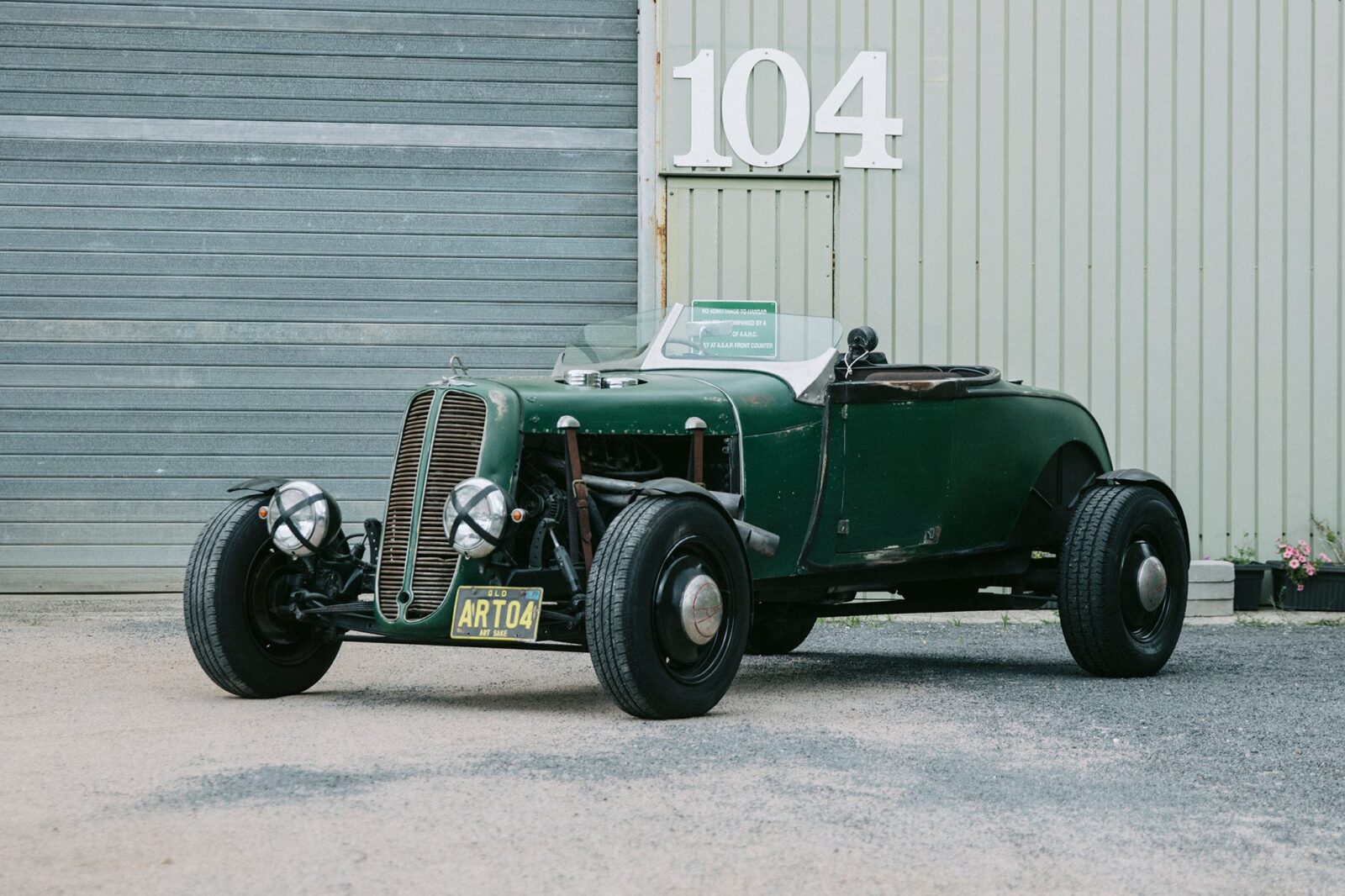 His first published work leans against the wall behind a cabinet. ‘I didn’t realise my parents had kept this.’ He disappears behind a glass counter-top filled with scale model GTHOs, Buicks and assorted ‘Frankenstein’ creations from his mind.

He reappears with a framed, faded newspaper clipping of a young Aden Jacobi and his winning drawing from the 1977 Geelong Advertiser Christmas art contest. The drawing by the then 14-year-old looks refined, like someone who has been drawing for their entire adult life. ‘Since I was five actually, but every kid draws when they’re that age I guess.’

‘My dad brought me a copy of Custom Rodder magazine and I ended up tracing a picture of a Custom FJ Holden over and over again. I traced it so much that the picture fell out of the magazine. So, I just started drawing it free-hand. I can still draw that car to this day on the exact same angle – I guess it’s muscle memory.’ Once Aden drew that FJ, he found he could draw anything.

One of his many specialties is patina and painting cars to look like period racecars. He cut his teeth on a ’46 Ford. ‘It had original paint and I added the flames which looked out of place against the original paintwork so I weathered them, added the number 46 and pinstriping and weathered that too – people thought it was a genuine old race car. This was 30 years ago now. Kind of before it was cool, I guess.’

It will come as no surprise then that Aden’s own car is a rolling work of customised art. Originally owned by friend and fellow artist, James Corbett. Aden had seen the project in James’s garage and bugged him for a year to sell it to him. ‘It was about three-quarters finished – no interior, wiring, brakes, wheels or tyres.’

It took Aden about four months to finish this car off with a mish-mash of parts sourced from mutual friend and Studebaker authority, Harold Island. 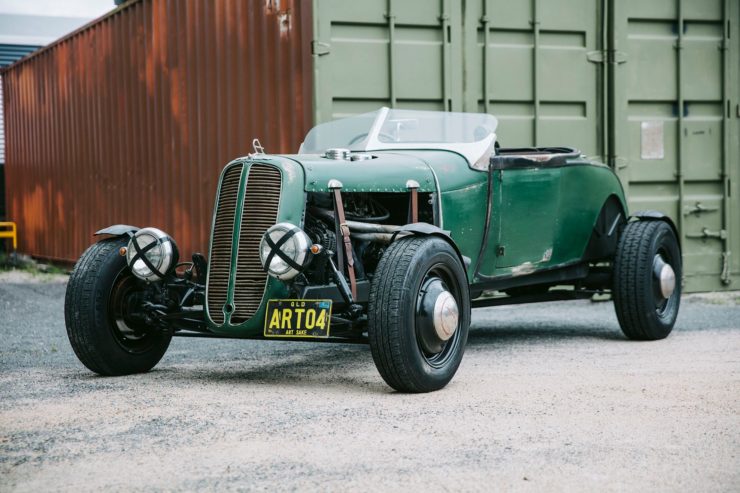 You’re looking at a 138 grey engine out of an EJ Holden, Series I Land Rover steering wheel, Alfasud pedals, Hillman grille, Standard Vanguard taillights, Iveco truck centre console and seats, a handmade dash with Holden instruments including a ZB speedo mounted in a 1939 Chev headlight bucket. The headlights are Studebaker buckets with Harley indicators and the only original Model A parts are the front and rear leaf springs, the klaxton horn and the brake light.’

‘It’s gone from black to turquoise to a dusty sand colour.’ The green paintjob it currently wears is only about three weeks old at the time of my visit. Took him the best part of the day to do.

‘Once it was done, I took James out for a drive and let him have a steer, too. His wife wanted to go out so I let them take off. He left me on the side of the road for a while. I was worried he wasn’t coming back. But he did – grinning from ear to ear.’

Read the full article in Volume 5 of Retromotive Magazine. 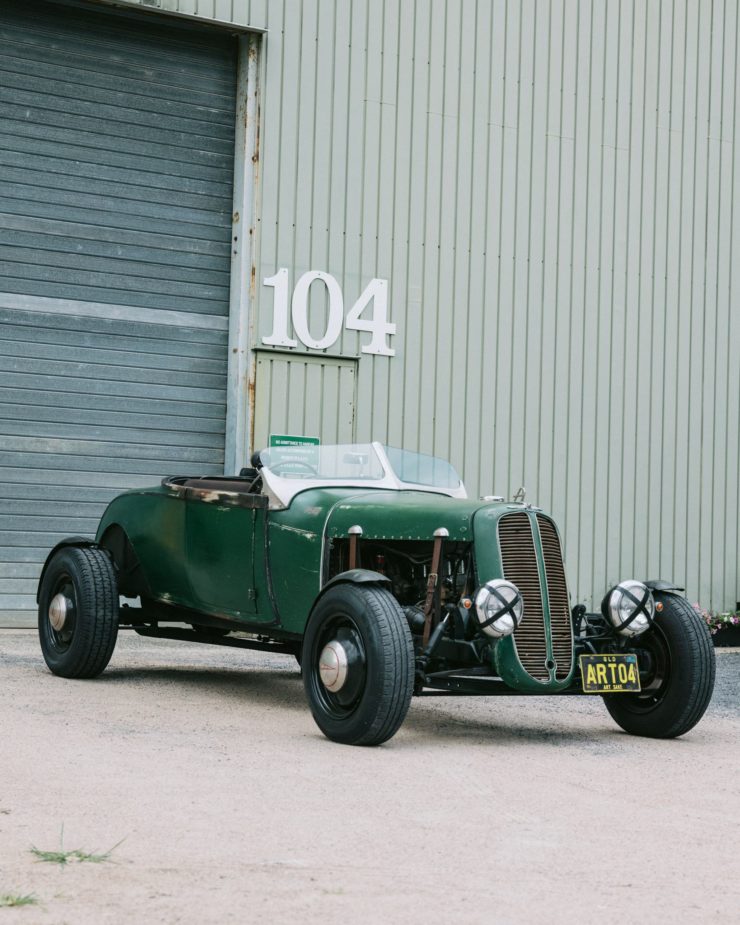 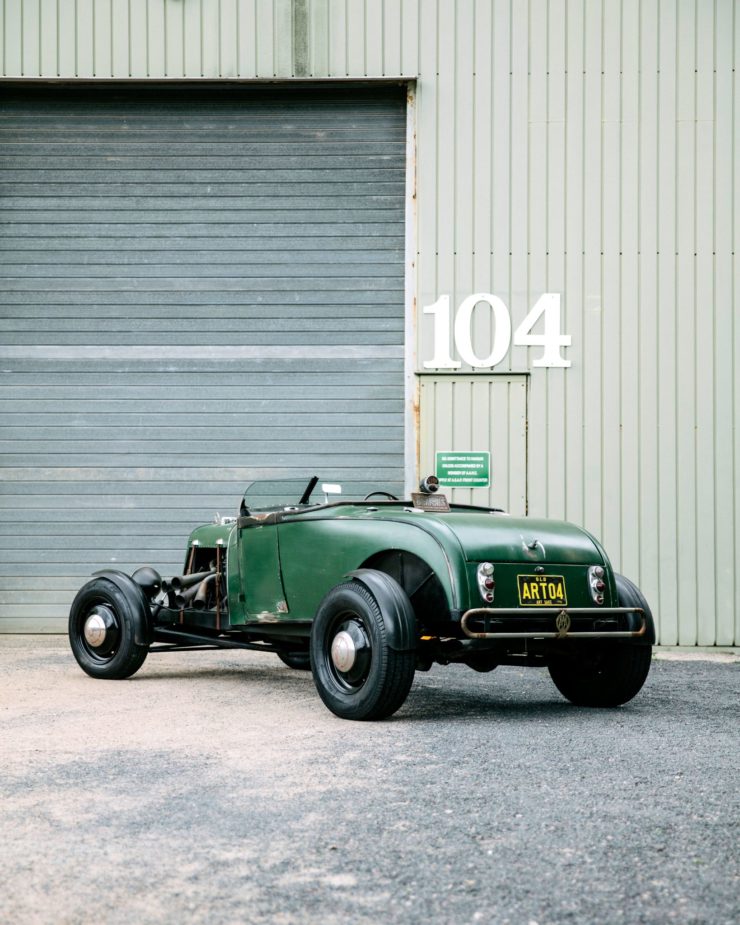 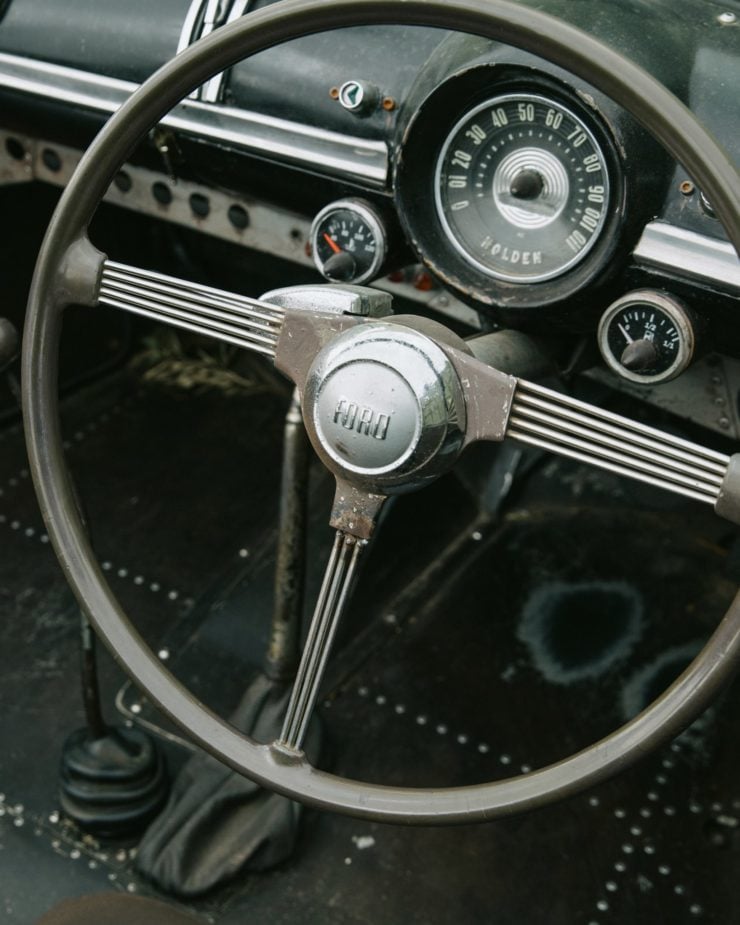 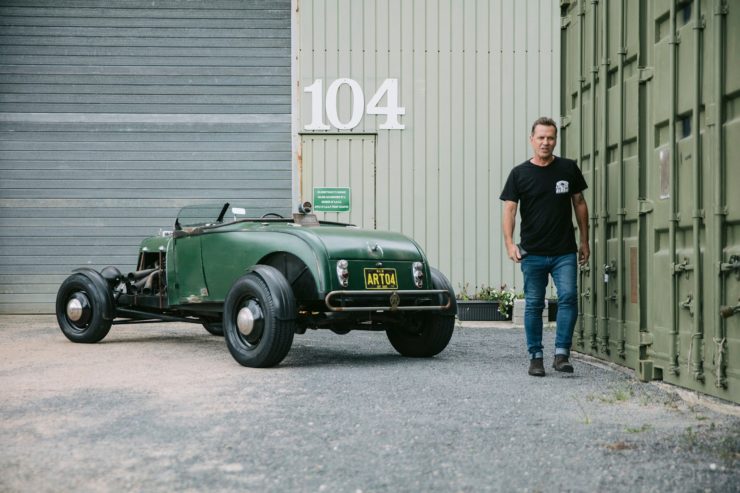 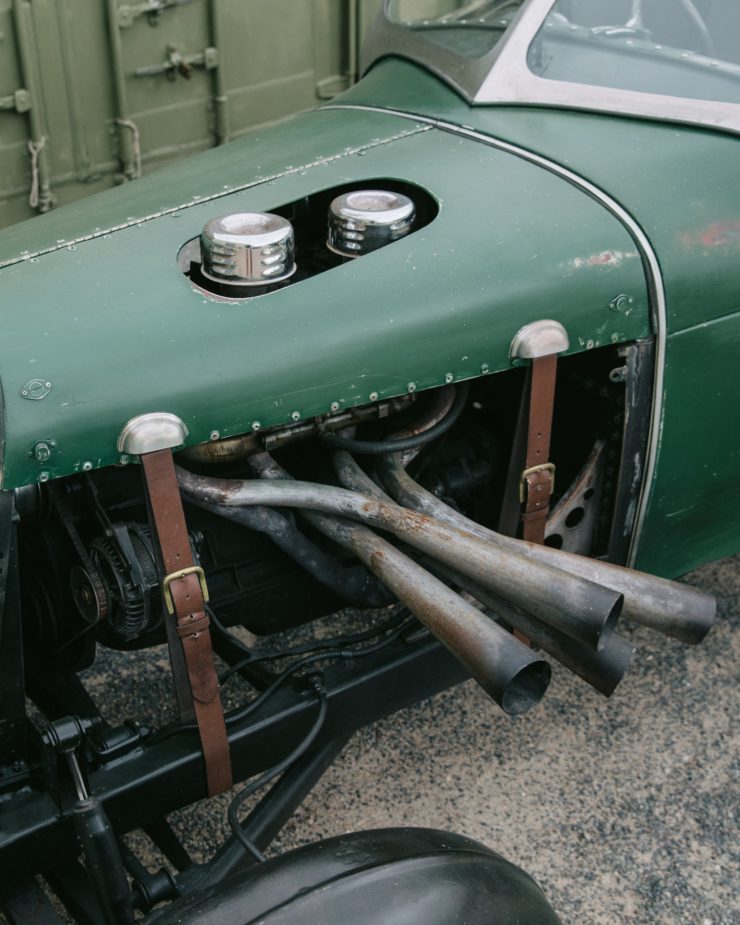 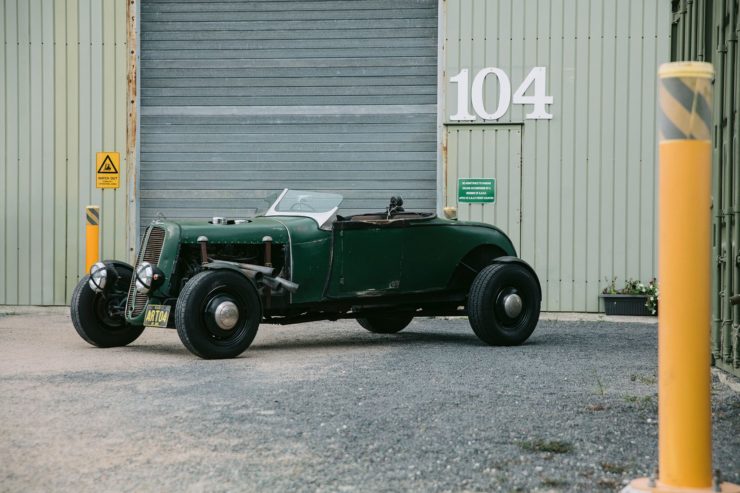 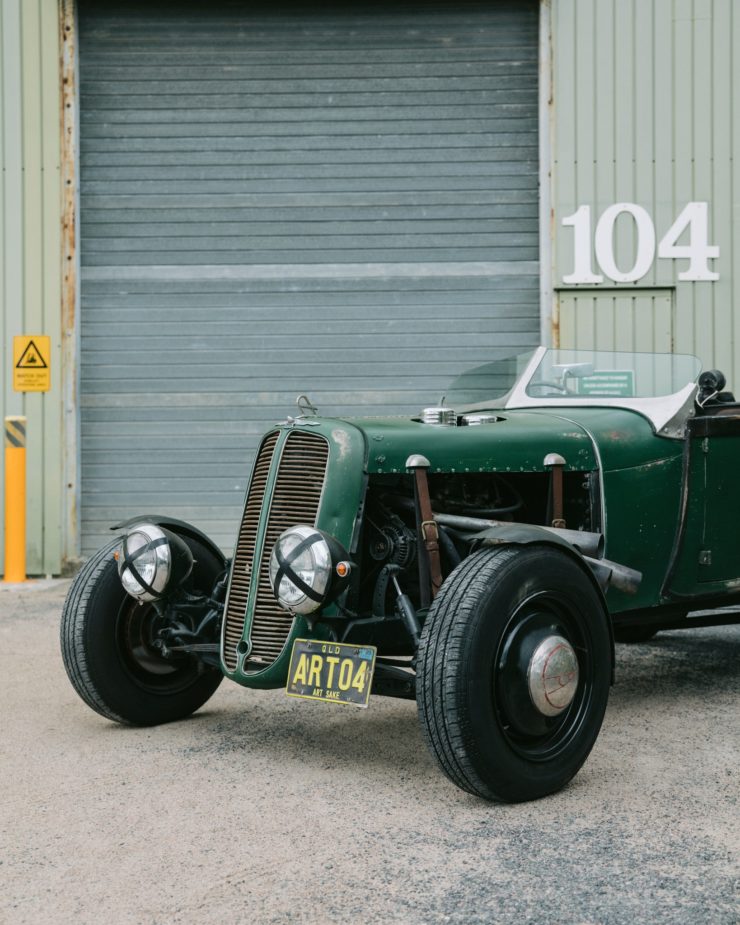 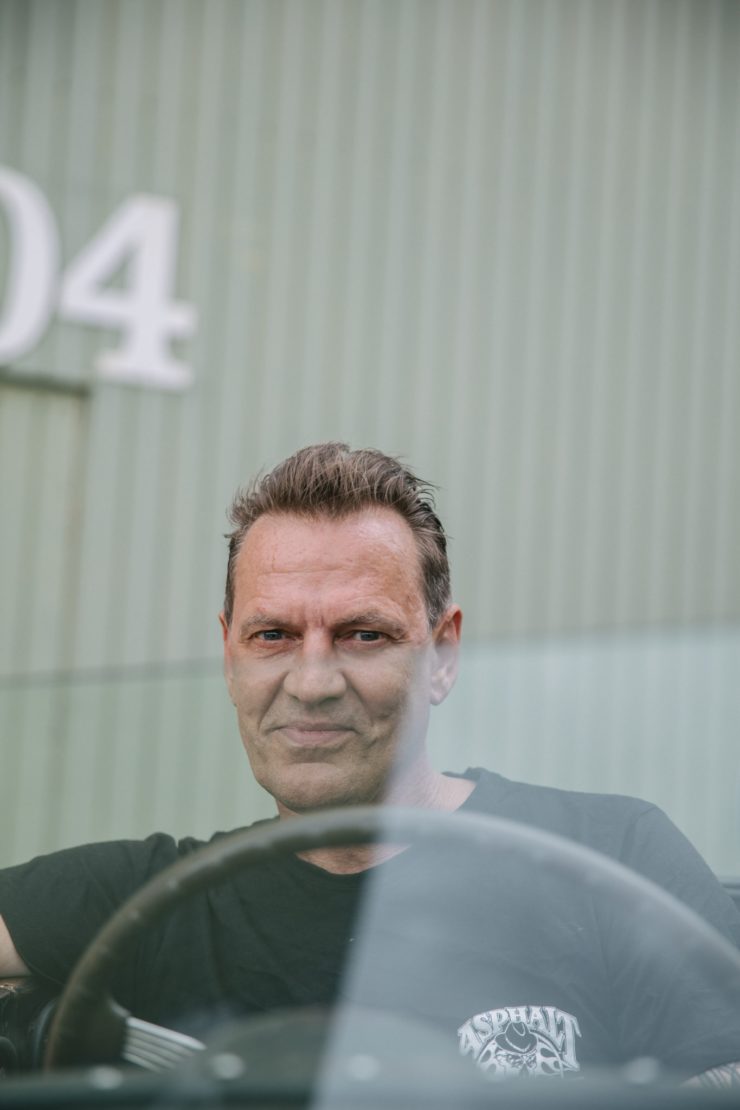 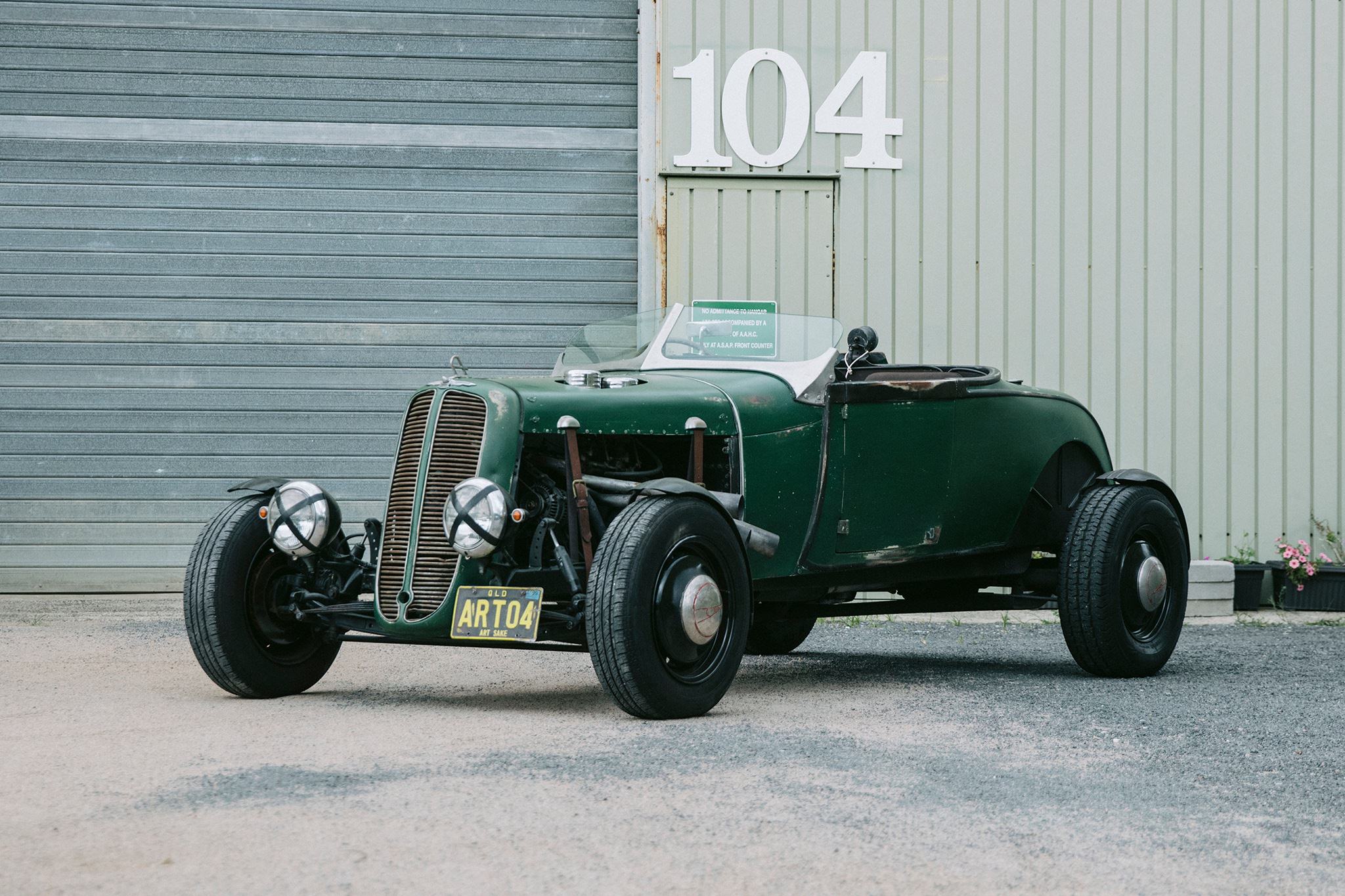