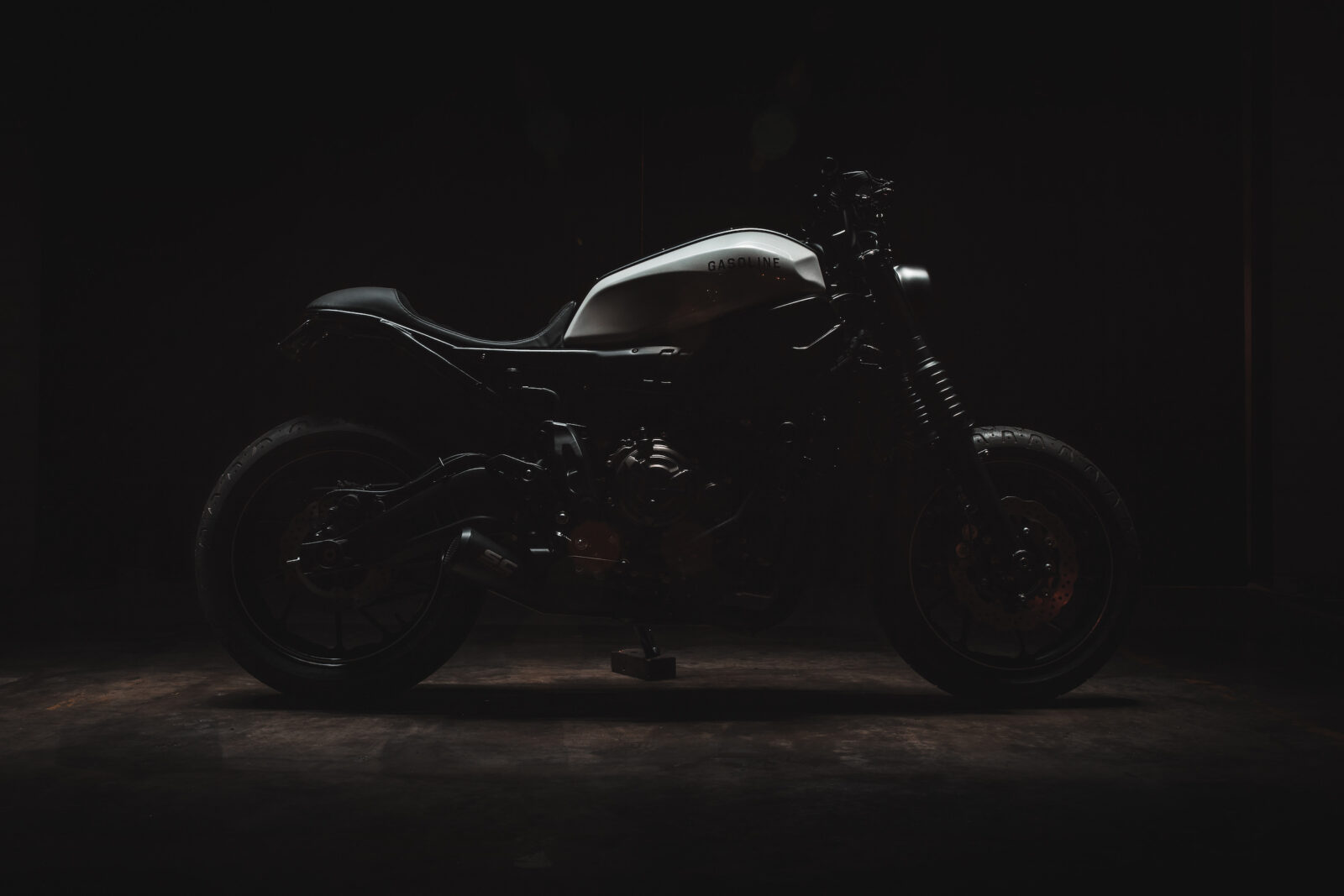 The Yamaha XSR700 is about as close to a modern descendant of the original Yamaha XS650 as we’re ever likely to see, and much like its original forebear, the XSR 650 makes light work of urban commuting, highway riding, and the occasional cross-country excursion.

The Yamaha XSR700 shares more than just a brandname with the XS650 – both motorbikes are parallel twins with overheads cams (albeit just one on the old bike) developed by Yamaha to target riders spanning from absolute beginners to hardened saddle warriors.

While the XS650 engine is one of my own personal favorite parallel twins of all time, the far more modern XSR700 benefits from over four decades of engineering advancements. With its relatively low price point of $8,499 in the USA, its semi-retro styling, and its broad versatility, the XSR700 has become a common sight on the road – and deservedly so. 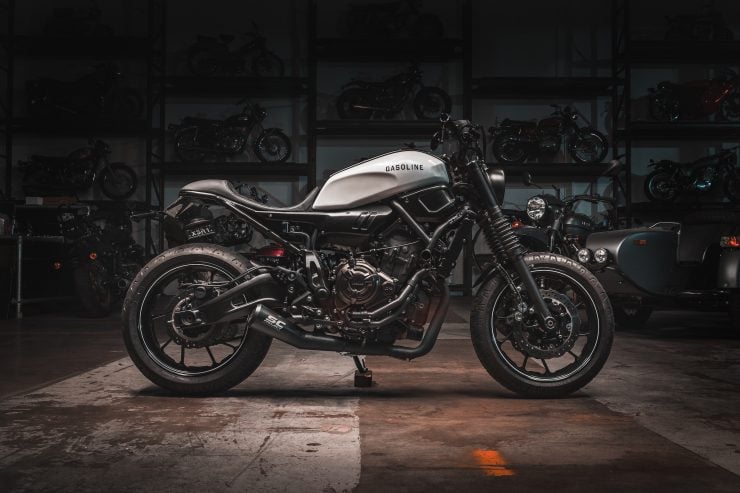 With a factory-claimed 74 hp and 50 ft lbs of torque, the 410 lb Yamaha XSR700 is very much a mid-weight, mid-power machine that you can ride to work all week, then ride out into the mountains on the weekend. The engine capacity is actually 655cc not 700, and it has double overhead cams, four valves per cylinder, and liquid-cooling.

The engine has a bore/stroke of 78 x 68.6 mm, a compression ratio of 11.0:1, and and electronic ignition with electronic fuel injection. The transmission is a constant mesh 6-speed paired with a wet multi-plate clutch, and the final drive is by chain.

The XSR700 uses its engine as a stressed chassis member, the engine also provides the front mounting point for the monoshock. The frame is a tubular steel backbone type that Yamaha calls a “diamond chassis”. Front brakes are dual 282 mm discs with monobloc four-piston calipers, and the rear is a 245 mm disc with a single piston caliper – ABS comes and standard. 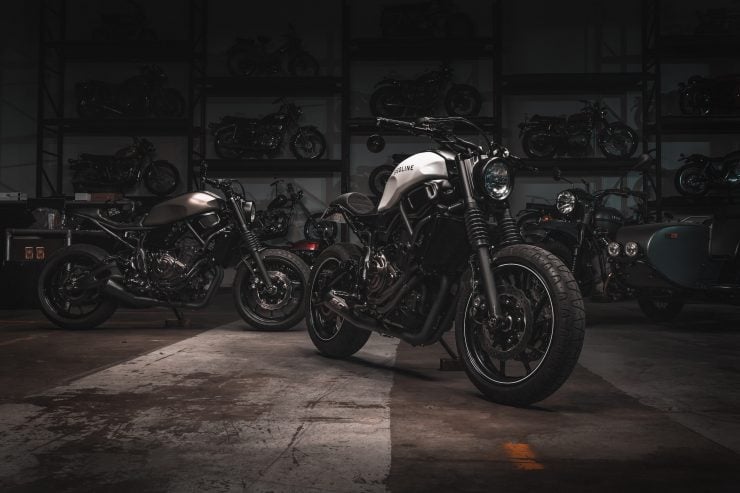 The twin custom examples of the Yamaha XSR700 you see here were built by the world famous Gasoline Motor Co. based in Sydney, Australia.

The founder of Gasoline is a friendly guy named Jason who’s been doing this sort of thing since most of us were in short pants. He runs a team at their South Sydney headquarters made up of some very talented mechanics and engineers, and on any given day they’ll have over 150 motorcycles in stock dating from the 1960s right through to the modern day.

Their most recent project saw the team at Gasoline take two XSR700s and build a pair of matching twin street fighters. Impressively the rear subframe is custom fitted in-house by Gasoline with the seat height carefully matched to the client – giving a better seating position than stock and it’s arguably looking better too.

Though the stock XSR700 is a handsome bike, the Gasoline Twins are better looking still in my book. In fact they’re probably about as close to a perfect urban daily rider as you’ll find anywhere in the world. 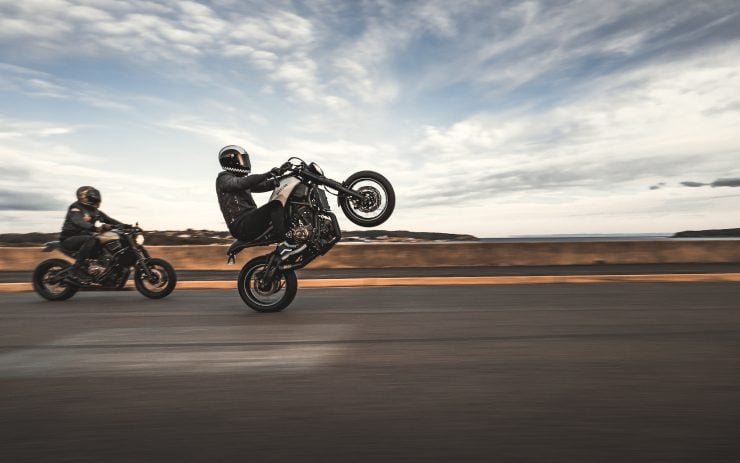 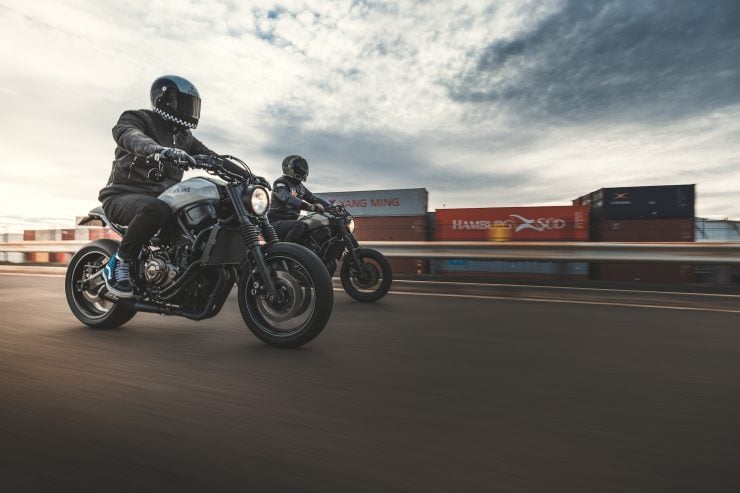 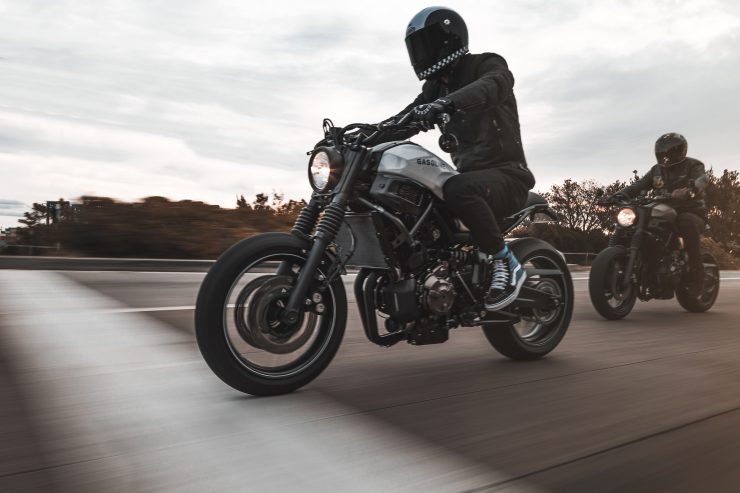 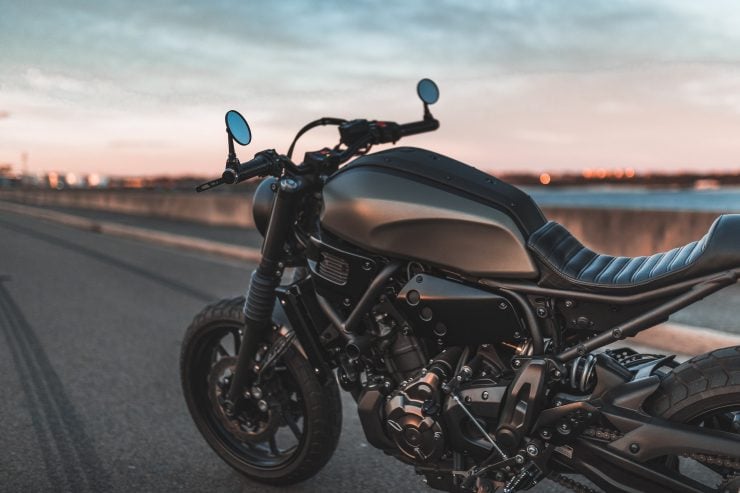 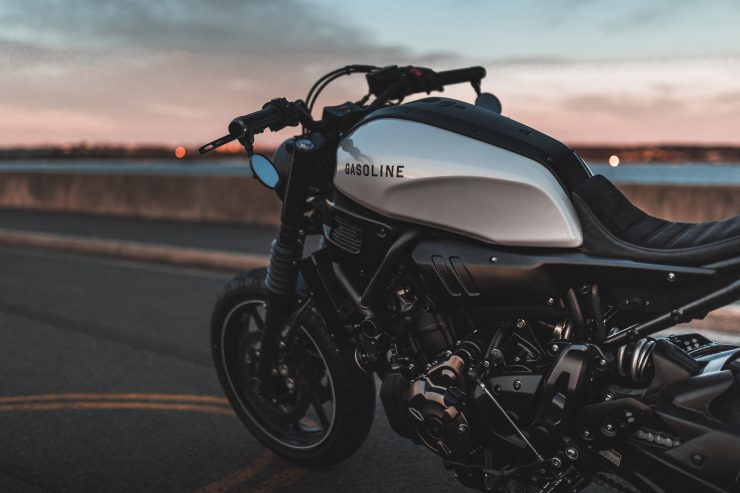 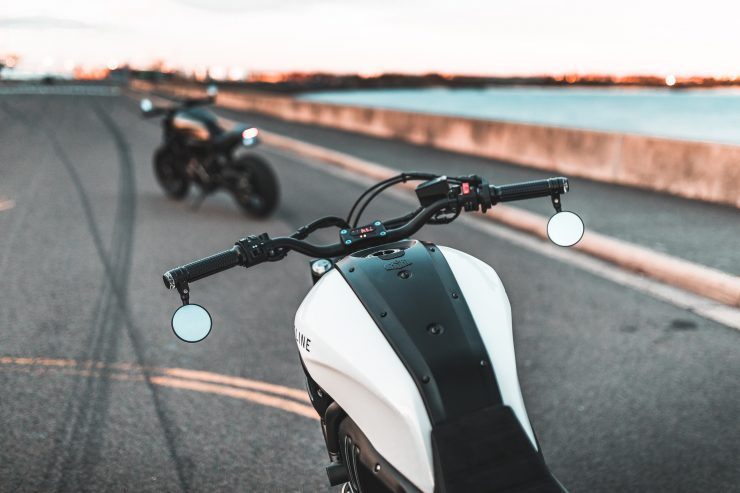 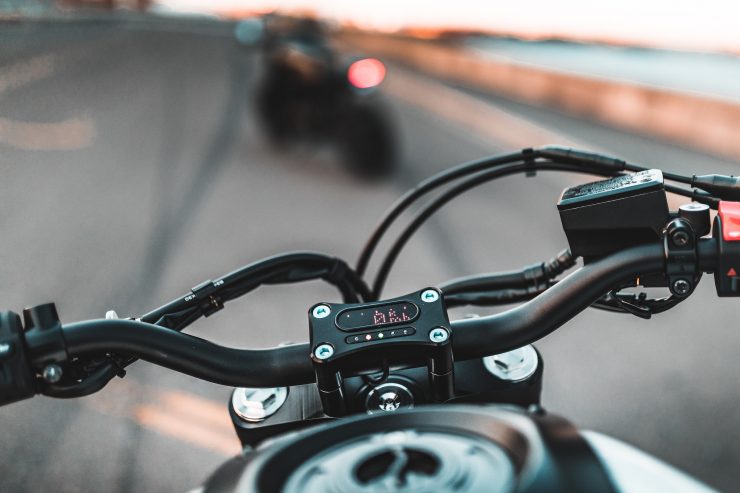 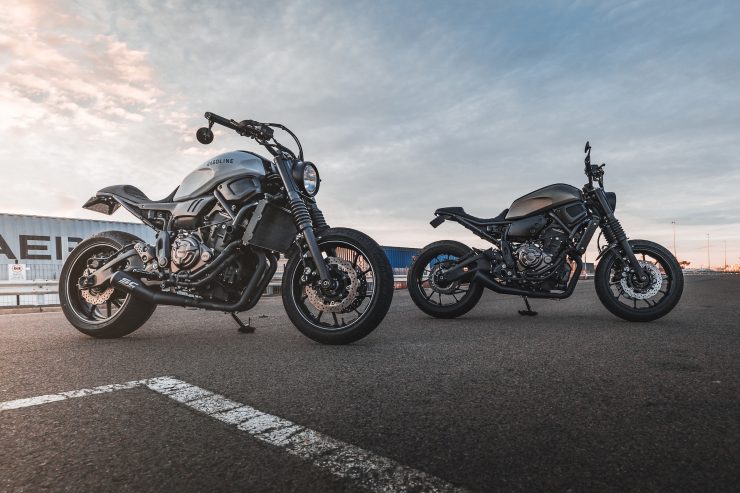 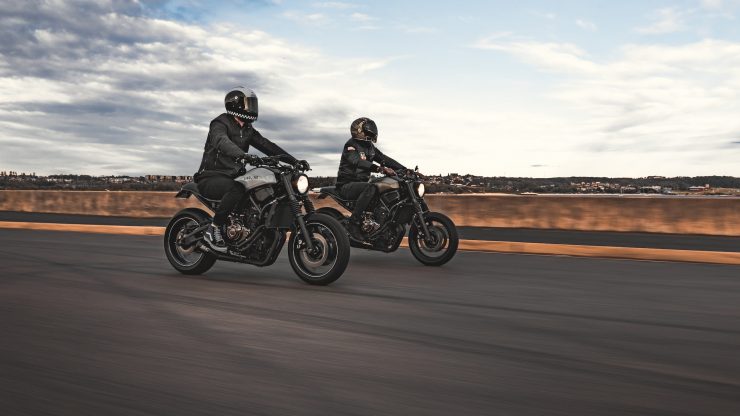 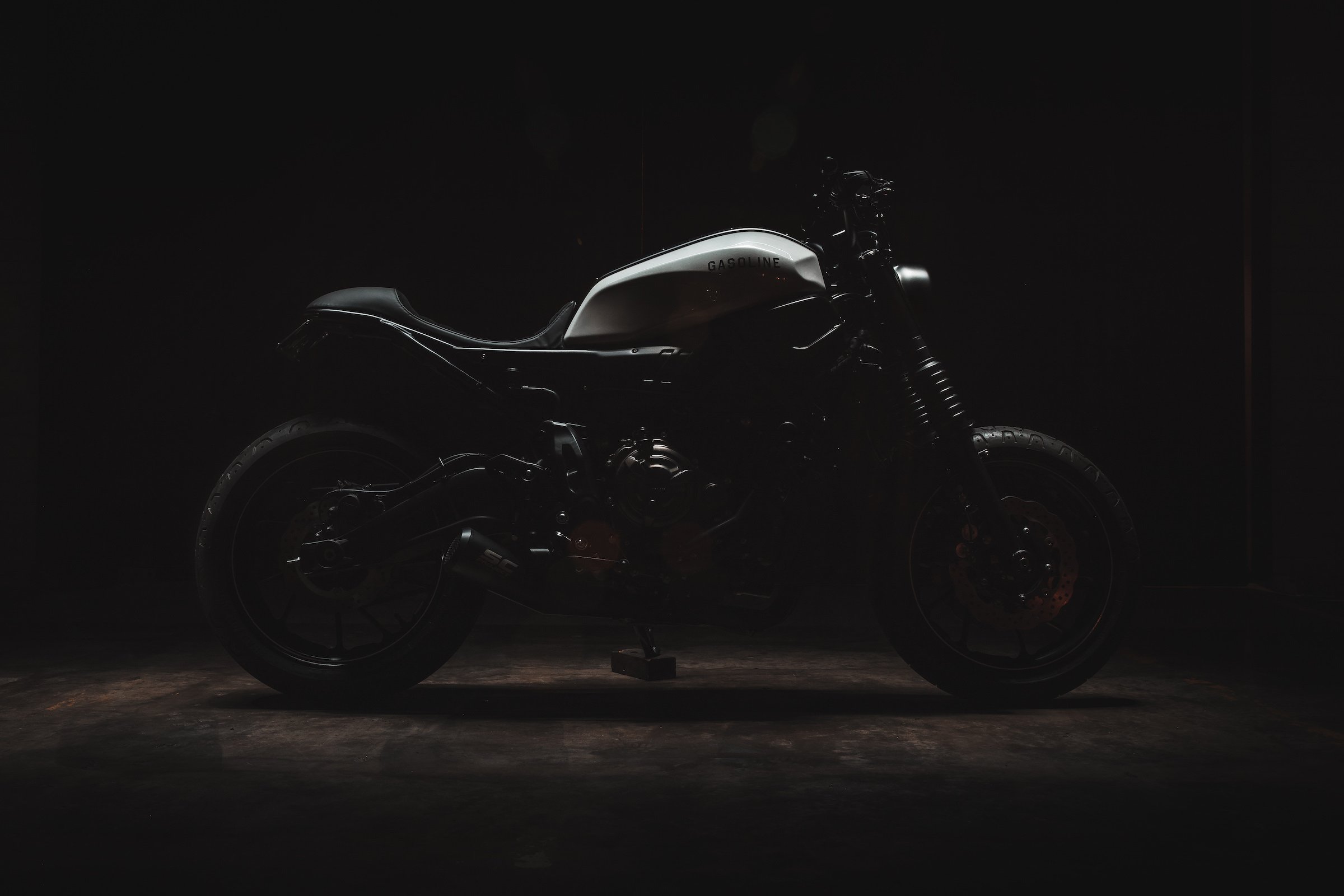