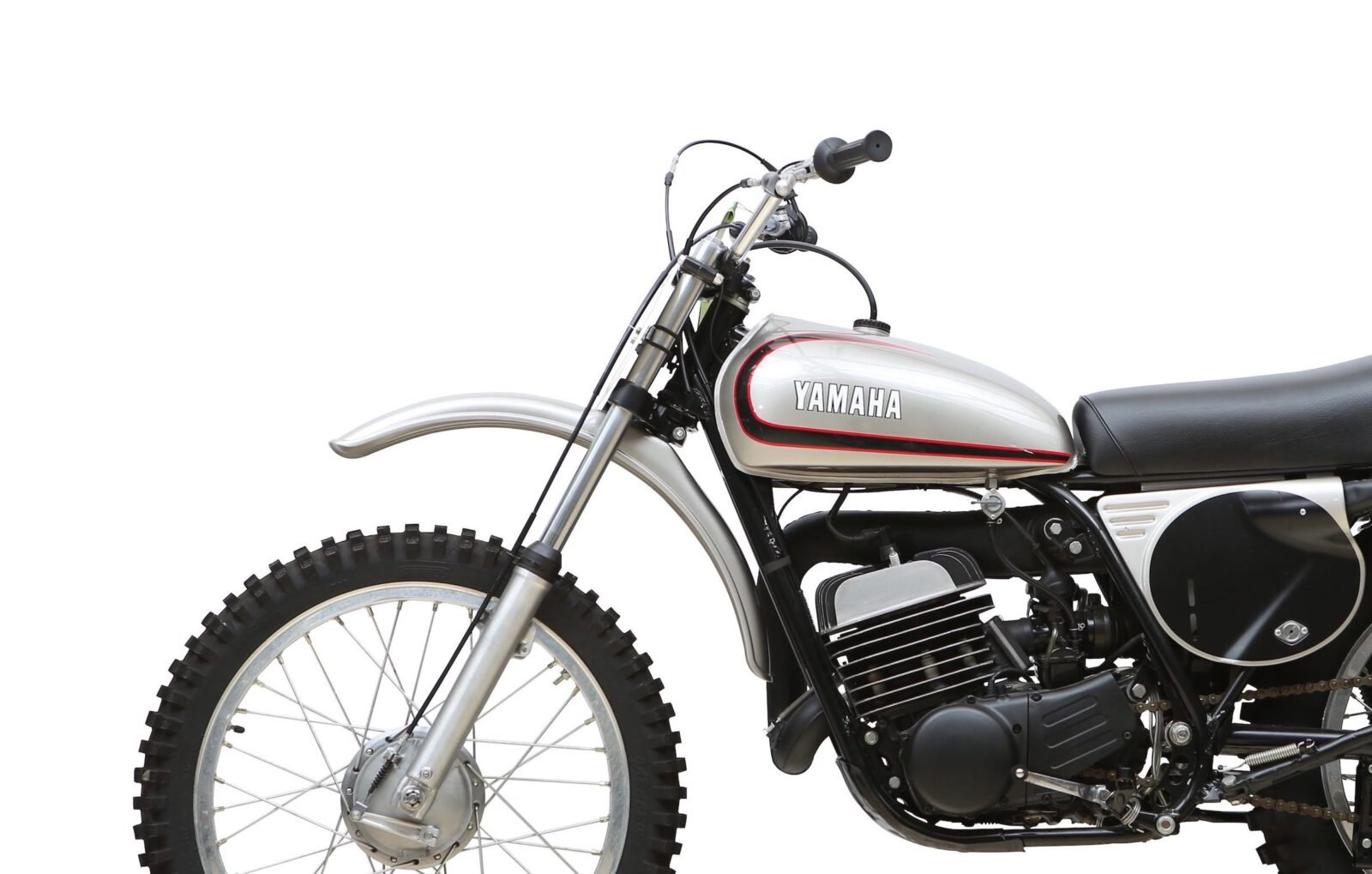 The Yamaha SC500 was a motocross bike that quickly became world famous for its exceptionally challenging handling. Talented riders could barely tame it, but most others were left either flying off the back or popping accidental power-wheelies every time they crashed into the razor thin power band.

When it was launched in 1973 the SC500 was Yamaha’s first swing at building an “Open Class” motocross racing bike. The engine is a single-cylinder two-stroke with a capacity of 496cc and a compression ratio of 7:1, and it’s capable of 44 bhp at 6500 rpm.

As with many two-strokes, particularly those from the 1970s, the power band was explosive. Coupled to a kerb weight of just 107 kilograms (235 lbs) the hair-trigger-on-off switch throttle resulted in a motorcycle that was a handful to ride, perhaps best described by Rick Siemens below:

“YAMAHA SC500 SCRAMBLER. Another four-speed brute, this 1973-’74 two-stroke single ran hot, detonated fiercely, stalled constantly and seized regularly. After testing the bike, I noted: “It’s gray and black; so is a turkey.” Brutally fast, the SC-500 was cursed with state-of-the-dark forks and a pair of chromed shocks that would have faded on a busy barroom door.”

“It shook its steering head like a dog coming out of a swimming pool and the rear end hopped around like the frame had a hinge in the middle. All things considered, the only thing this bike did right was not leak around the gas cap.” – Rick “Super Hunky” Siemens of Dirt Bike Magazine 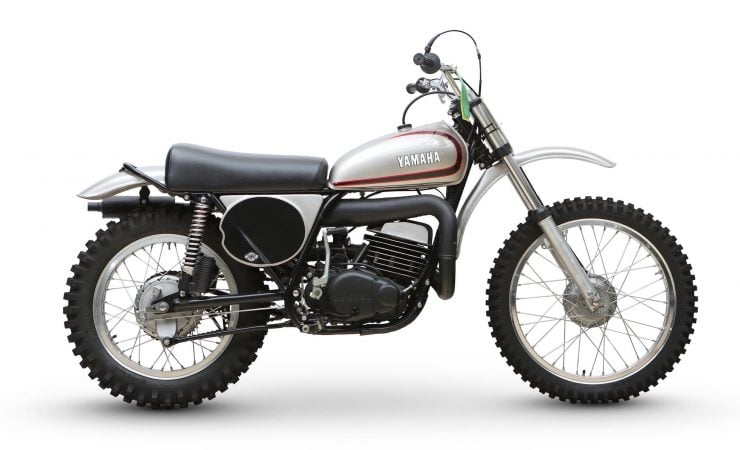 After just two years Yamaha released the monoshock YZ360 which was widely loved and solved many of the inherent problems with the design of the Yamaha SC500. As a result of its reputation and the rapid pace of development in the motocross world in the 1970s most SC500s were scrapped, junked, or left to rust.

As a result of this neglect the model is now becoming semi-rare, particularly in immaculately restored condition. Over the intervening years many of the models shortcomings have been addressed, meaning they can now be rebuilt into far more manageable bikes.

Yamaha released Technical Bulletin No. 348 that recommended adding a small condenser that controlled the spark advance curve and made the bike much more rideable for non-professionals. 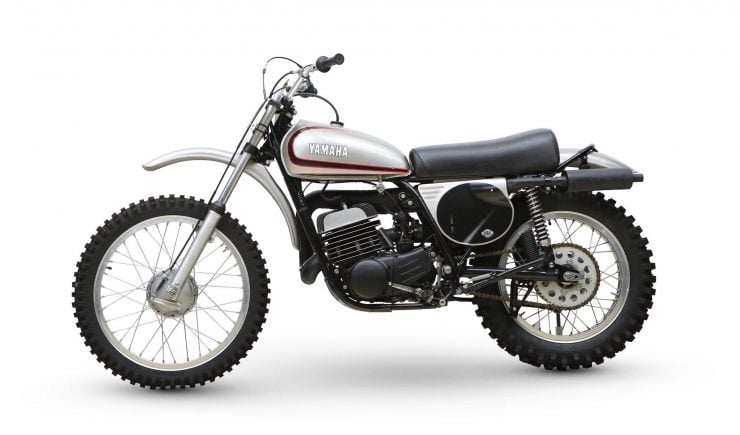 The beautifully restored Yamaha SC500 you see here is in as-new condition, and it’s undoubtably one of the best examples of the model in the world. Though not as loved as the YZ360 the SC500 does represent an interesting time in the history of two-stroke motocross and it does deserve a place at the table. Particularly as they can now be made to ride rather more predictably and tamely than they were back in 1973 and ’74.

The SC500 you see here is for sale via Bonhams at the Alexandra Palace Sale on the 23rd of September with an estimated value of £5,000 to £7,000, making it a great buy considering its condition and rarity, not to mention the kudos you’d get rolling it up to a vintage enduro or motocross event to race it.

Those that know of the SC500 know of its widowmaker reputation, so anyone capable of riding it (albeit a tamed version of it) is likely to be viewed with McQueen-like adoration. If you’d like to read more about the bike or register to bid you can click here. 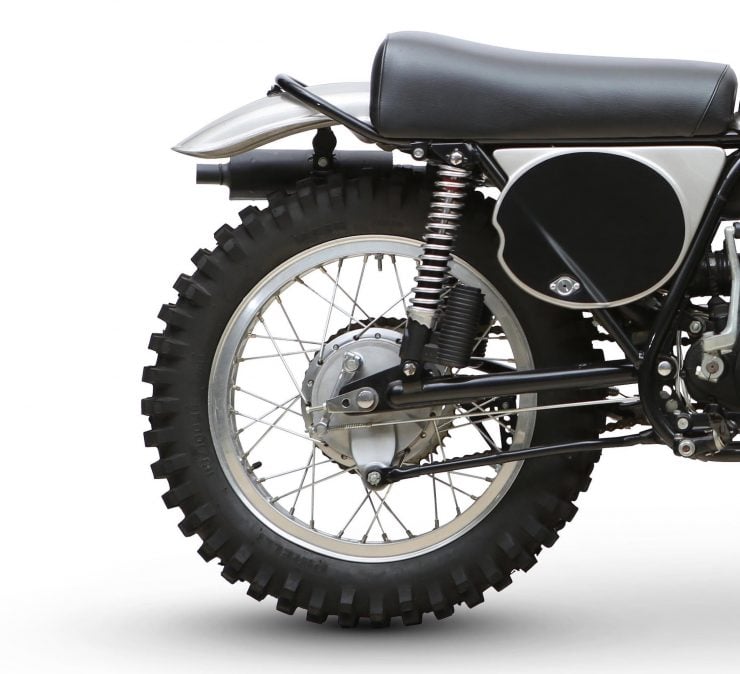 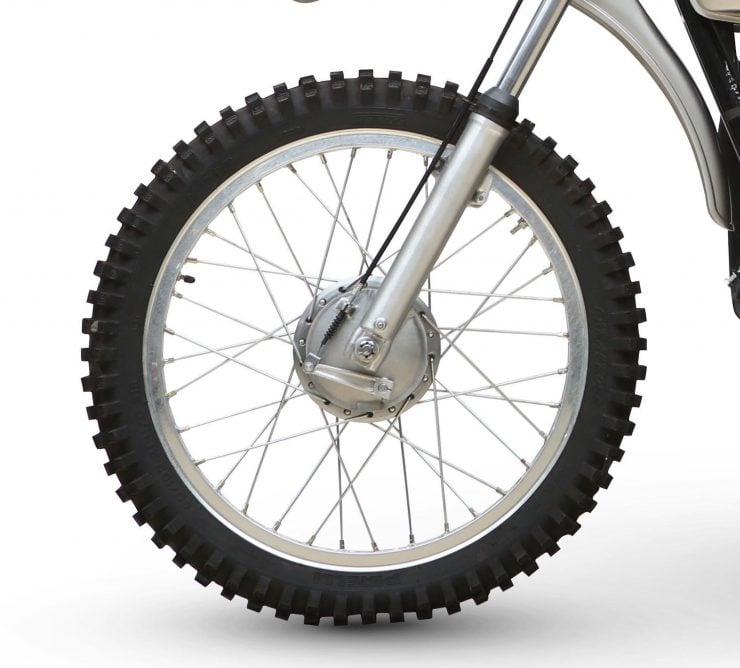 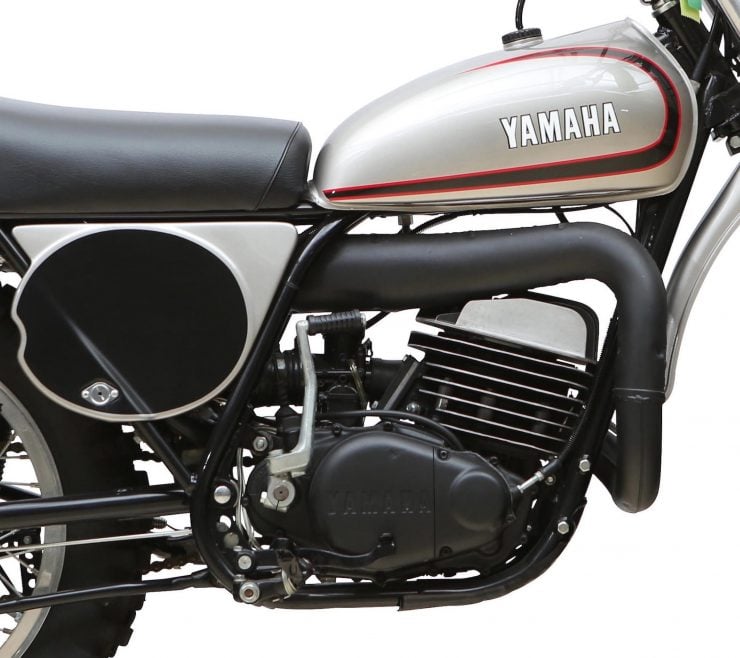 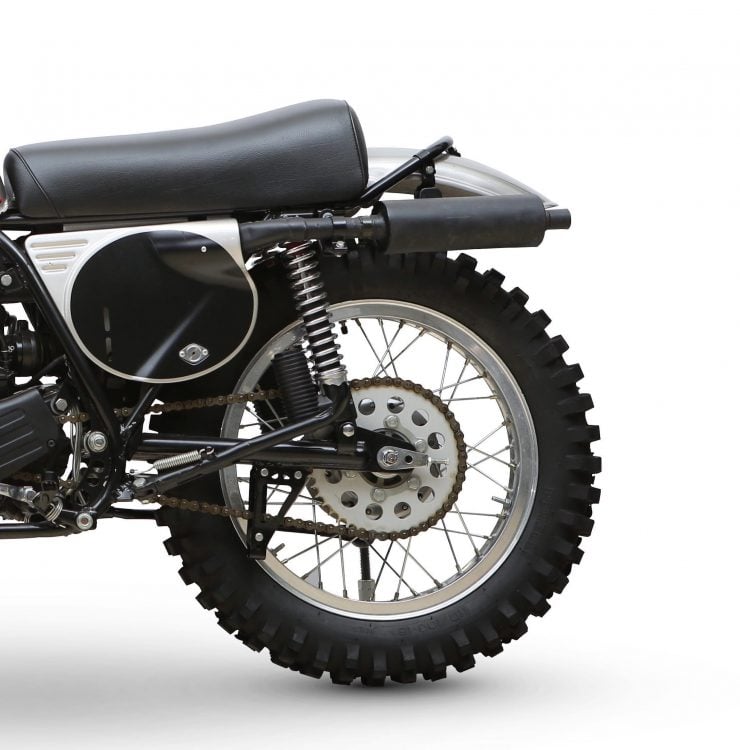 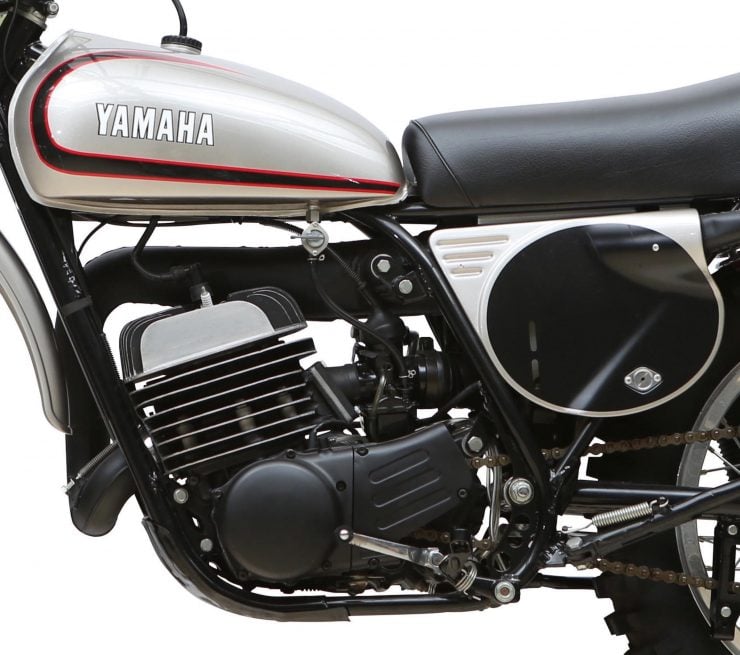 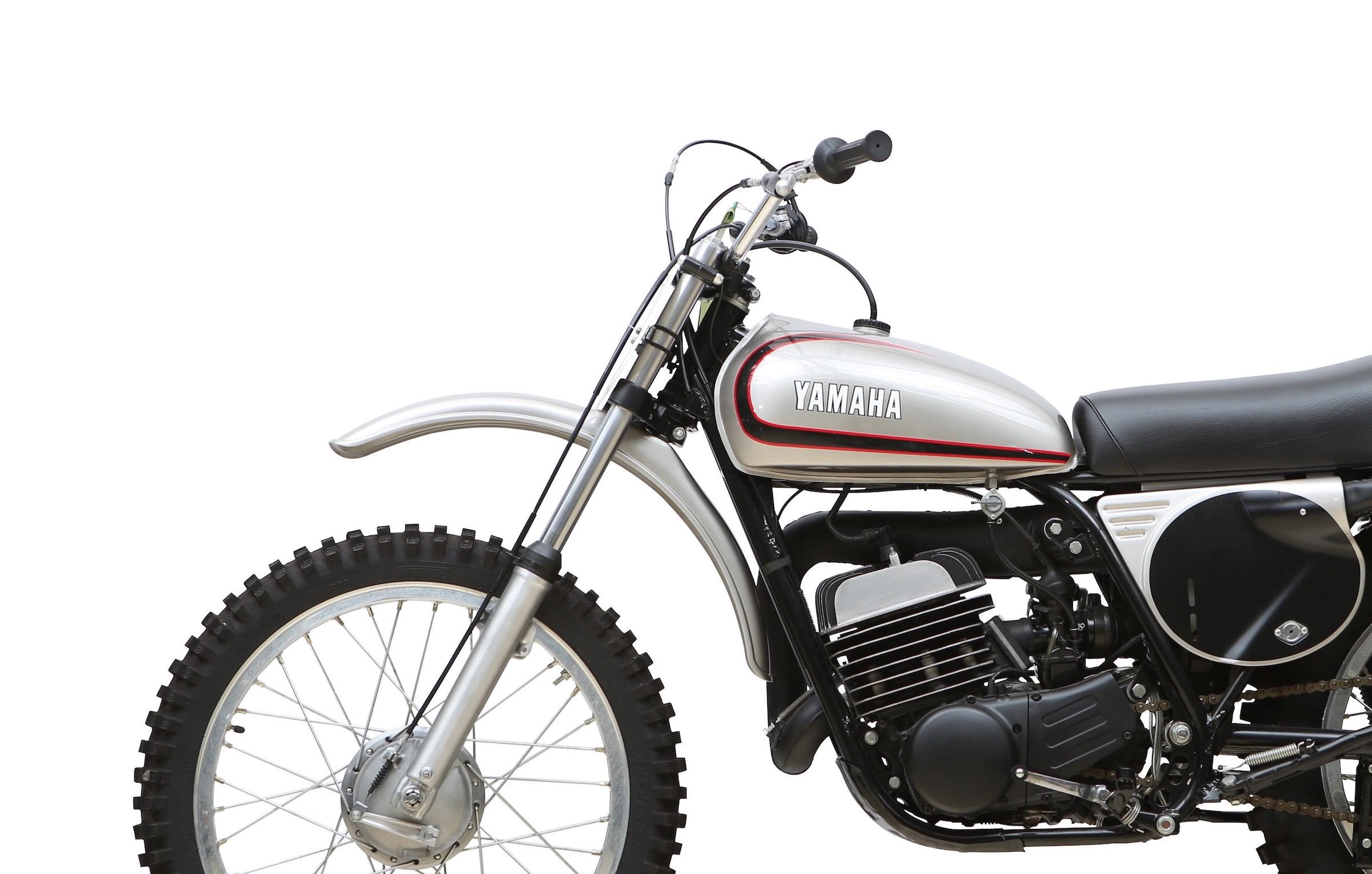