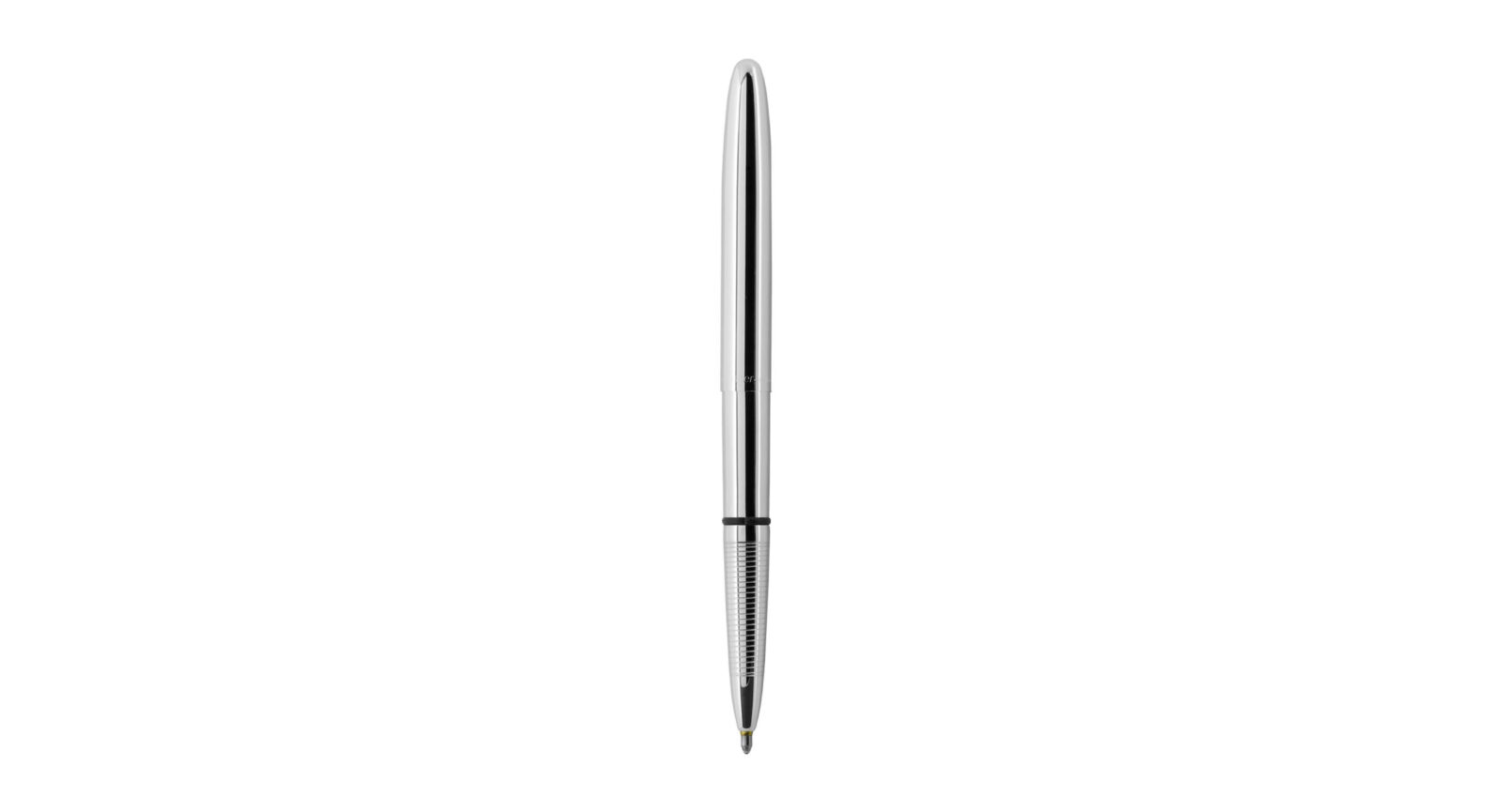 The iconic Fisher Bullet Space Pen, named for its sleek bullet-shaped rounded ends, has long been celebrated as an icon of mid-century modern design, and you’ll find examples in the Museum of Modern Art’s permanent collection as a symbol of American industrial design.

The Space Pen has long suffered an unfair scuttlebutt in the form of a story about NASA spending millions of taxpayer dollars to develop an advanced pen that could write in zero gravity, while the Soviets simply used pencils.

As it happens the story isn’t true. No taxpayer money was spent in the development of the pens, and both NASA and the Soviet space program used American Fisher pens from the mid-1960s onwards.

Though pencils sound like a simple solution they’re actually remarkably poorly suited to being used in space. Graphite tends to flake and break off when pencils are used, and graphite is not something you want to be breathing into your lungs.

Perhaps the most convincing argument against using pencils in space is that graphite is a conductor of electricity – you really don’t want pieces of it floating around and getting into sensitive electrical equipment.

The Fisher Bullet Space Pen has an all brass design with a chrome finish, the cap is removed when the pen needs to be used and fits neatly on the back of the pen, measuring in at 5.25″ open and 3.75″ closed.

These pens can famously write upside down, underwater, across greasy surfaces, and on almost any surface you can think of. This ability is largely down to the specially formulated gel-like ink inside nitrogen pressurized cartridges with tungsten carbide ballpoint tips – the latter being the same hard carbide (containing equal parts tungsten and carbon atoms) commonly used to make armor-piercing ammunition.

Despite the space-age materials and design, ink refill cartridges cost just $6.50 apiece. Each Fisher Bullet Space Pen comes with a lifetime guarantee against all manufacturing defects, and each is made in Boulder City, Nevada. 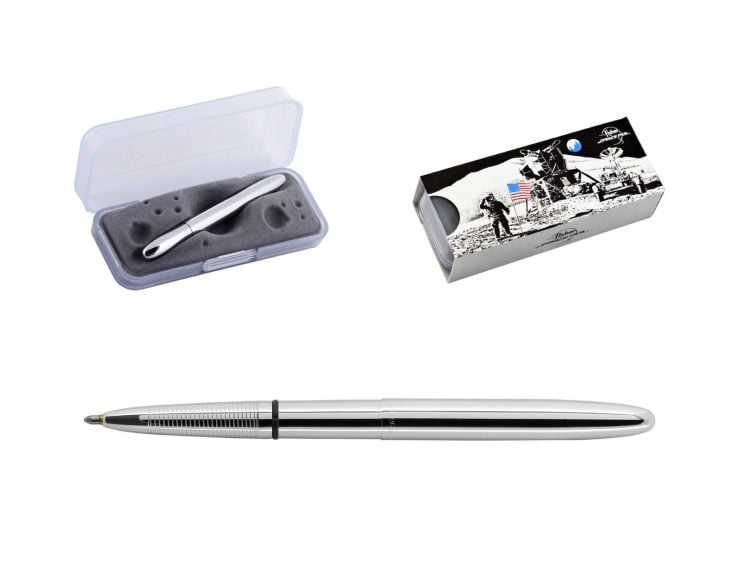 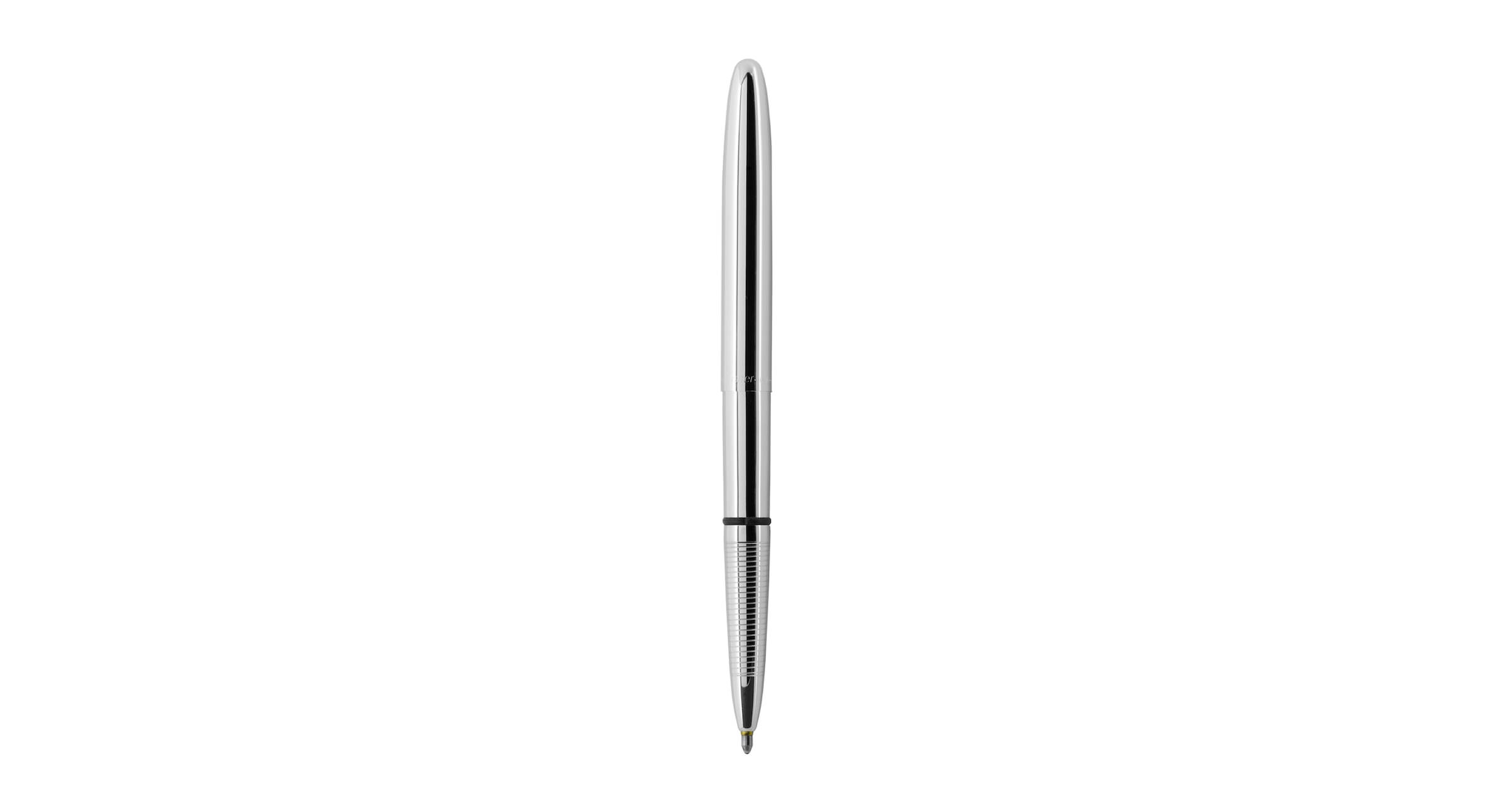