5 Minute Histories: The Story of the Yamaha XS650 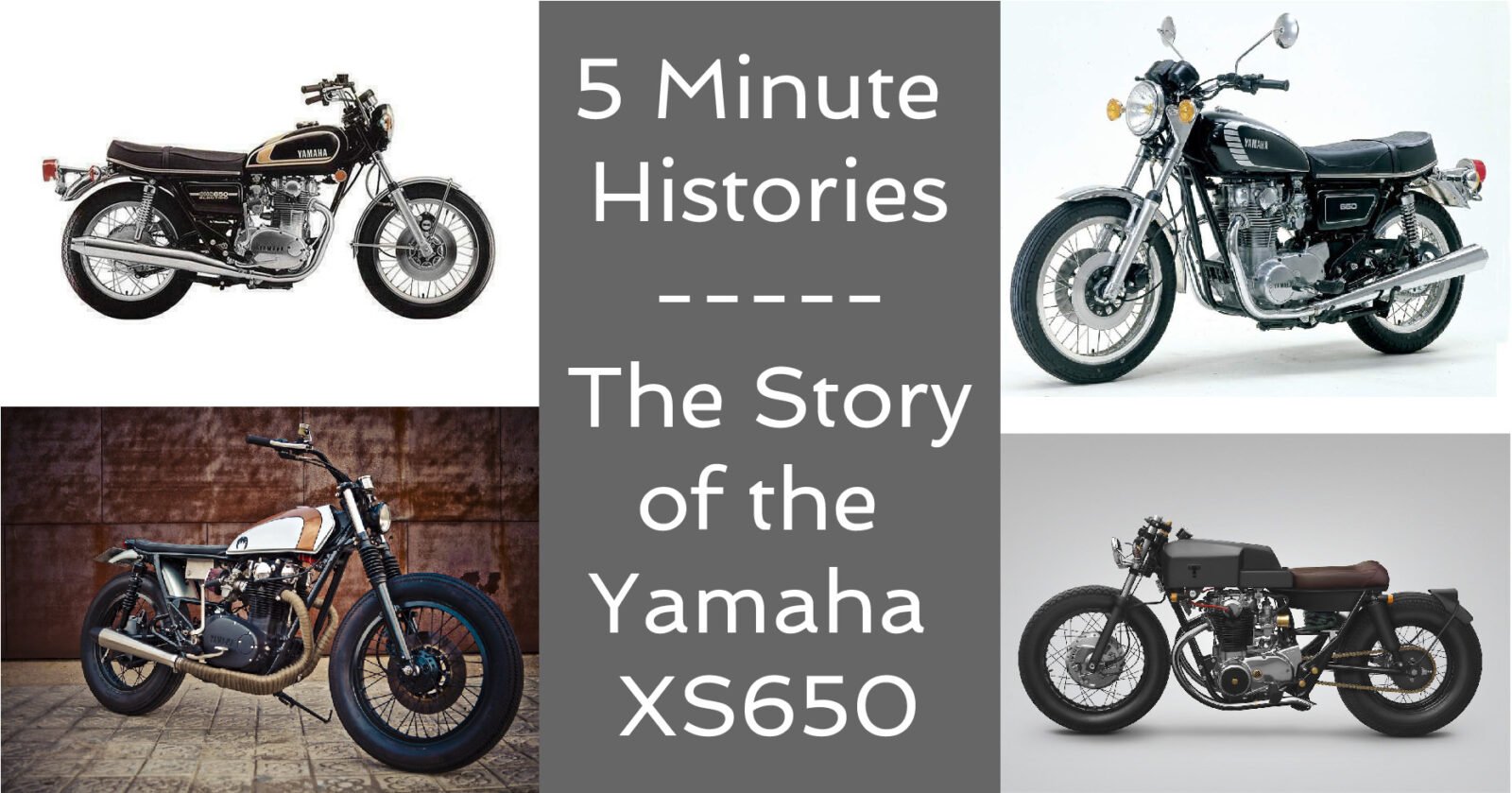 The Japanese are an interesting people. When US Commodore Matthew Perry engaged in a bit of American “gunboat diplomacy” back in 1853 the Japanese were forced to emerge from their two hundred and fifty years of isolation from the world. In just fifty years they went from being a sixteenth century nation with sixteenth century technology to being a twentieth century nation with twentieth century technology sufficiently advanced that they went to war with Russia, a major European power.

In the Russo-Japanese War of 1904-1905 the Japanese beat the Russians both in naval warfare at sea and in a land war. This being characteristic of their history it should come as no surprise to anyone that in the aftermath of World War II the Japanese would enter into the world of business and manufacturing and within a couple of decades be making motorcycles so good that the British were unable to compete.

Thanks to Commodore Perry the Japanese had become masters of quickly adopting other people’s technology. Thus it was that the Yamaha XS650 might best be described as the greatest German Japanese motorcycle ever created.

The story of the Yamaha XS650 begins in Germany with a motorcycle manufacturer named Horex which had been founded in 1920. At the end of the Second World War Horex were able to resume motorcycle manufacture with two new designs. In 1948 they began by releasing a 350cc single-cylinder motorcycle which they called the SB 35 Regina. Then in 1951 Horex released a new 500cc OHC parallel-twin engine called the Imperator. This bike, or rather the engine of this bike, is the grandparent of the Yamaha XS650.

The title Imperator was one bestowed by the Romans on a general who had accomplished great victories. The Horex OHC parallel-twin engine was indeed destined for great things but not on behalf of the Horex motorcycle company which was purchased by Daimler-Benz and made defunct in 1960. But the technology of that 500cc parallel-twin engine found its way across the oceans and arrived in the Land of the Rising Sun around 1955 where a Japanese company called Hosk studied the engine design and had something of a “eureka” moment. They developed and improved on the Horex design and in that process the Hosk company was bought out by another company named Showa in 1960. Showa were in turn bought out by Yamaha in the same year and so Yamaha inherited the Horex engine design as developed and improved by Hosk. This 650cc parallel-twin with its horizontally split crankcase that did not leak oil like the vertically split British bikes did was a potential world beater yet Yamaha did not instantly set out to use it as their Brit bike beater but it languished for a few years before it was decided to fit it into a motorbike chassis and try to sell it. 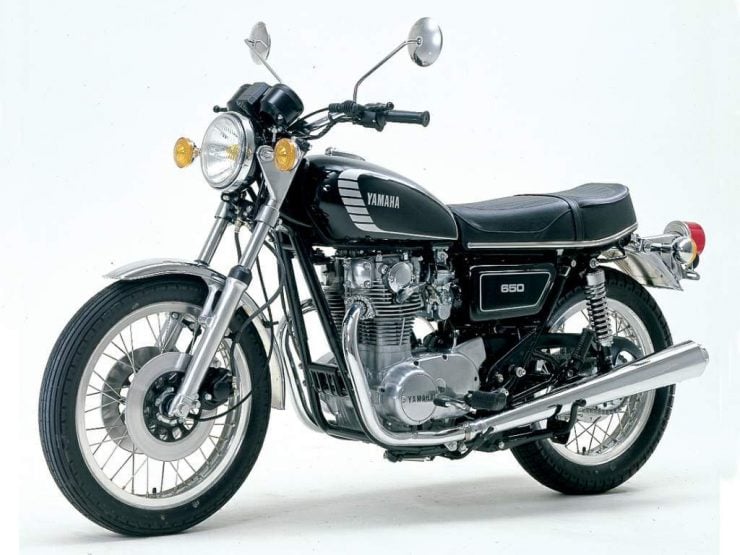 The XS650 was finally put into production in 1968, arguably a few years too late to have been the Brit bike beater it could have been but this was still a bike with a lot going for it. Motorcycle magazine writers often seem to think that all bike riders are looking for ever faster machines capable of causing extreme terror for pillion passengers and actually a lot of bike riders aren’t looking for that at all. Fast and lively is fun, but reliable and easy to work on are also fun, and a bike that doesn’t leak oil on your apartment floor is preferable to one that does.

Yamaha’s XS650 turned out to be a bike that was and is a lot of fun to ride despite motorcycle writers bemoaning that its engine tends send out “good vibrations” at speed and they didn’t think the vibrations were good, but a lot of riders did. Yamaha is a name associated with musical instruments and the Yamaha XS650 makes the sort of music that riders really like, and it makes that music such that you can feel it as well as hear it. The engine has a 360° crank which means the pistons go up and down together, sort of like the twin cylinder bike you have when you really want a single. The engine wasn’t counterbalanced to remove that vibration. Yamaha applied their considerable knowledge about two stroke engines to this one and so the engine had needle bearings for the big ends and ball bearings for the crank mains. These were amongst the features that made this engine so reliable.

Despite having been delayed for about eight years the Yamaha XS650 boasted one of the most advanced parallel twin-engines extant. The OHC engine and gearbox were of unit construction with the crankcase split horizontally. The XS650’s main competitors either had push-rod engines with vertically split crankcases (the ones that cause landladies to complain about the oil stains on the apartment carpet) or they were not unit construction having the engine and gearbox separate. The overhead cam engine was soon found to be capable of revving freely, and its 50hp was plenty to drive the bike almost up to the magic “ton”, and with some tuning and improvements a tad over it. 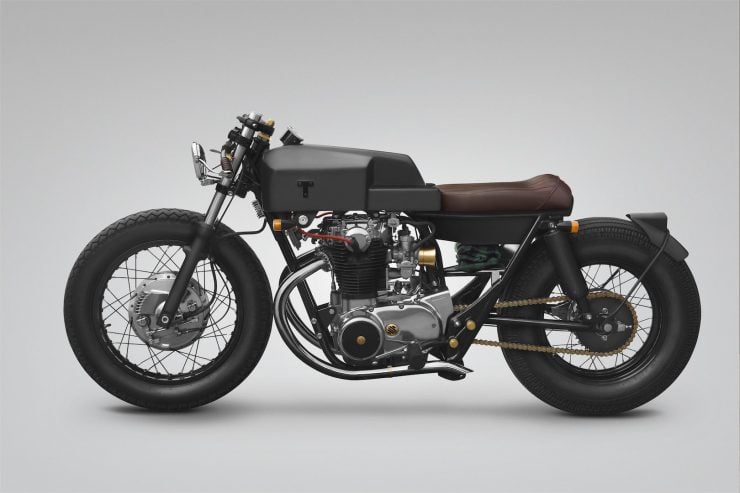 The Makings Of An Icon

The Yamaha XS650 had a lot of other things going for it. The engine was narrow and tall giving the bike a slim profile and making it easy to manoeuvre. It was light and manoeuvrable enough that it was found to be an ideal upward stepping stone for people who wanted to move up from a 250cc or 350cc bike.

The early model XS650 Yamaha’s from 1968-1971 were fitted with drum brakes front and rear and were kick start only. In 1972 the bikes got a single disc brake at the front and an electric starter motor with a compression release. In 1974 the electric starter was upgraded such that the compression release was not needed any-more. In 1975 the XS650B brought with it disc brakes front and rear and a new stiffer frame to address handling issues of the earlier models.

When first introduced the Yamaha XS650 developed a reputation for poor handling. Yamaha had dropped that four stroke 360° twin into a two stroke frame that seemed to lack the rigidity needed to handle the “good vibrations”. The bike was known for vibrations at speed and a tendency to wallow. Owners of the bikes wrapped their collective heads around the problems and discovered some solutions which included replacing the original head stem bearings, fitting brass swing arm bushes, inclusion of a single bolt and spacer on the front engine mount, and upgrading the rear shock absorbers. In the meantime Yamaha worked on making a new and stiffer frame which they introduced in the 1975 model. 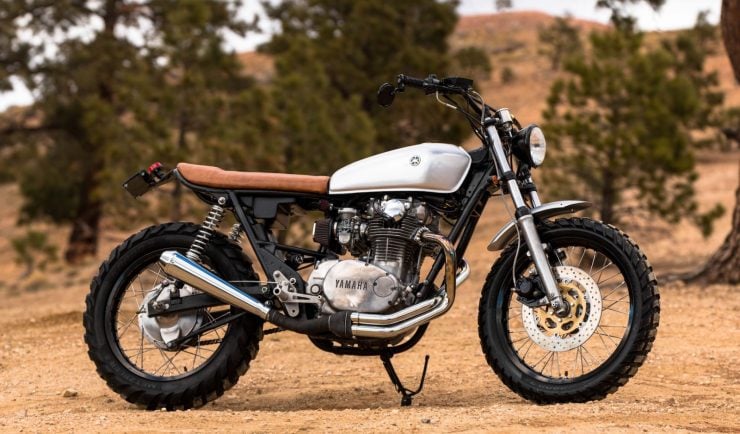 These bikes have been customised into every conceivable form you can imagine from café racer to chopper to bobber to flat tracker or just enjoyed bog standard as a fun way to get to work each day. People love the way they pound the pavement when standing still on idle, how they snarl and growl like a big cat, and the bark they let out as you twitch open the throttle. In short these are a bike with personality. 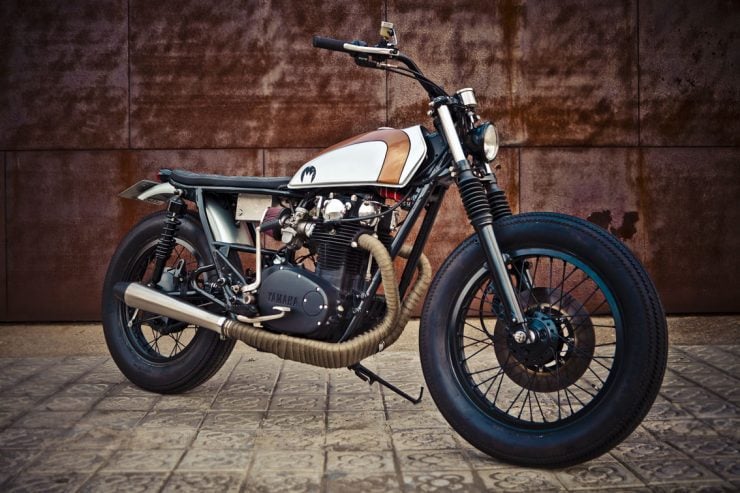 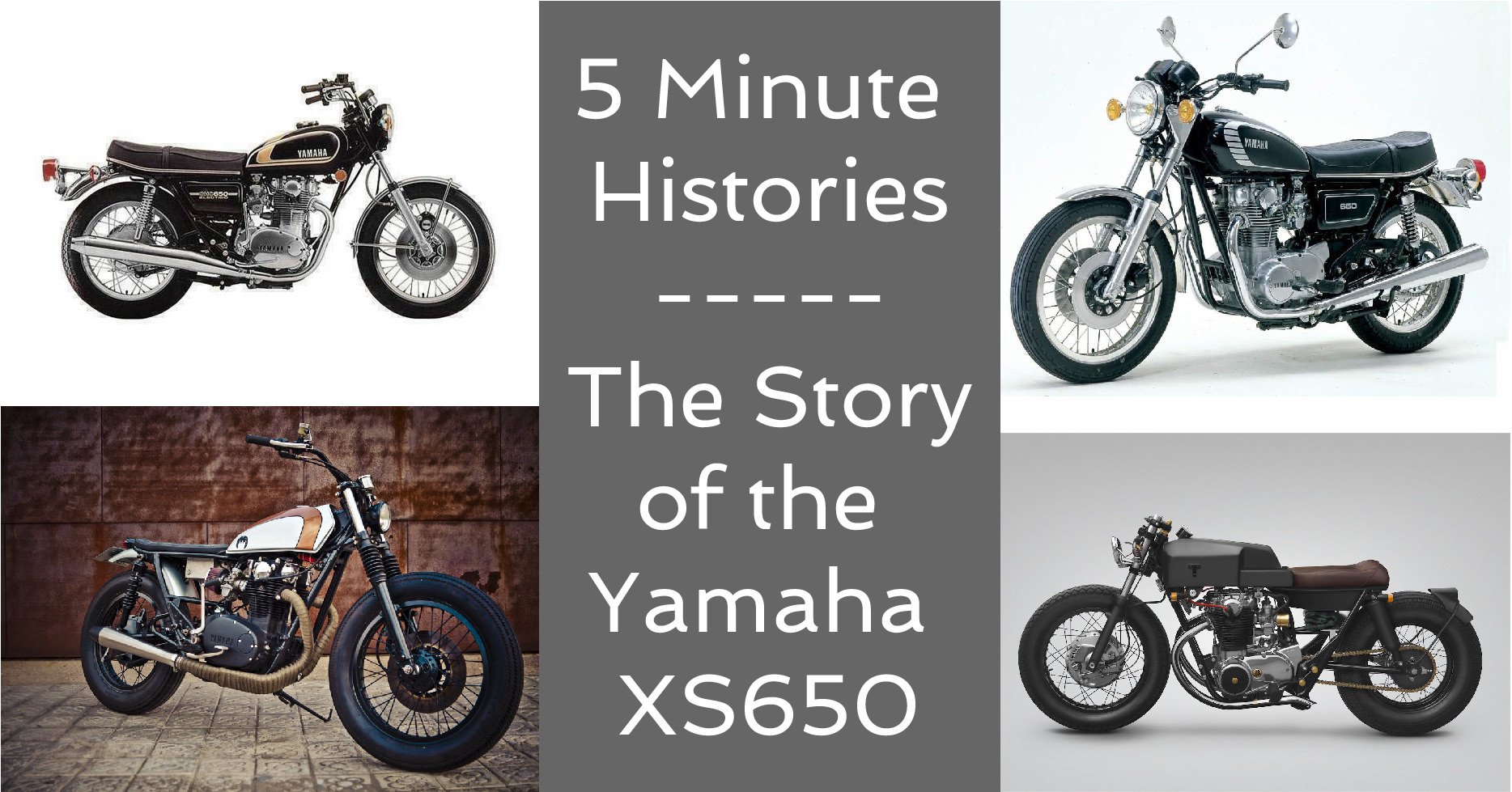