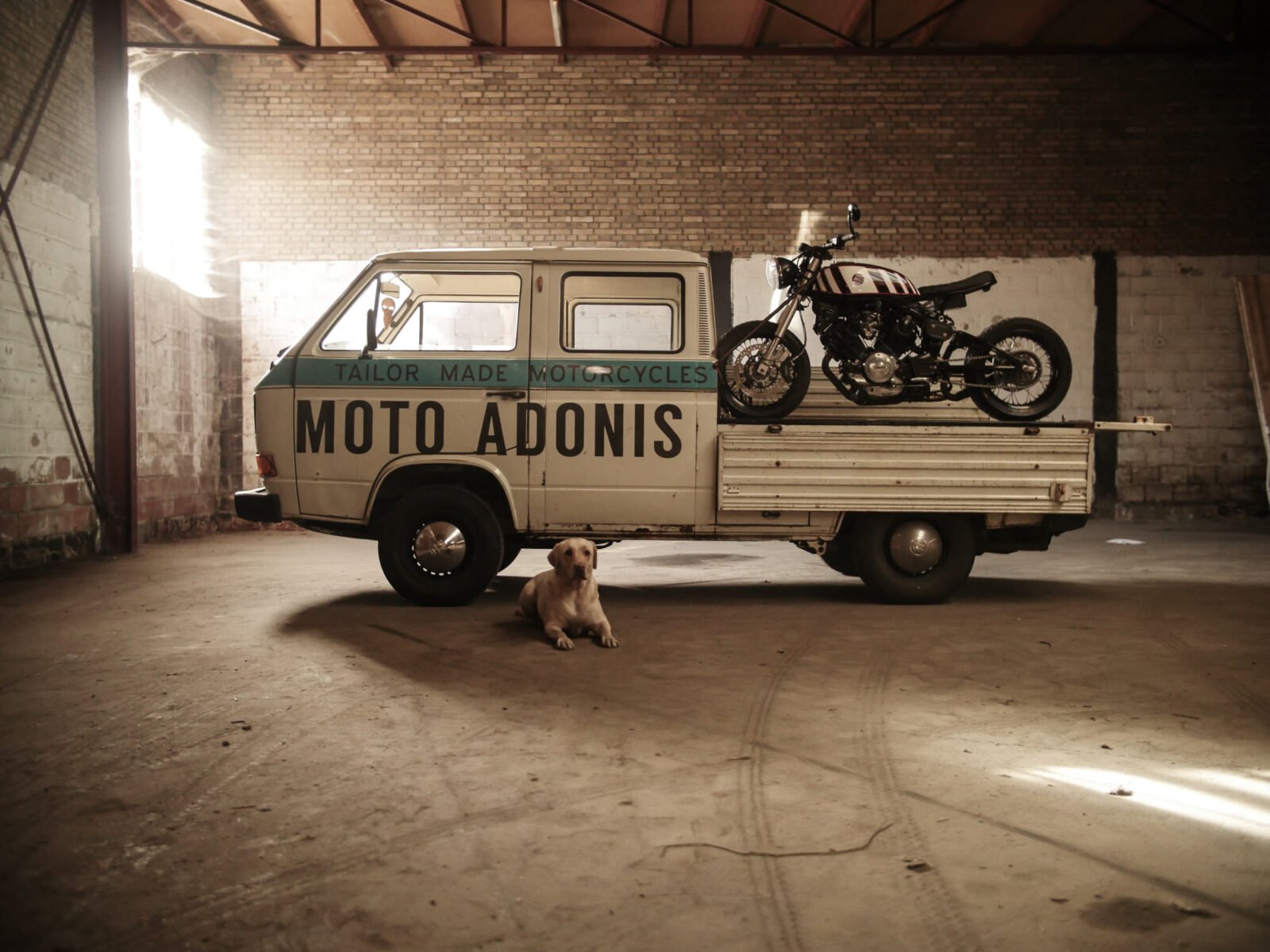 The Yamaha TR1 is essentially the european version of the XV920R, the differences largely being an increase in displacement for the TR1, and some poorly advised styling tweaks.

I’m reasonably certain that design brief for the TR1 was a picture of a Vincent Black Shadow with Japanese characters that said “do this” underneath it. Both bikes use a ~1000cc V-twin as a stressed member, both have a very similar swingarm and rear suspension arrangement and both use a steel backbone to hold it all together.

Yamaha had developed the TR1 as a response to a request from their European and American importers who wanted something a little more classical than the standard inline-4 UJM. A V-twin would offer torque rather than just high-rev horsepower, and it can be argued that the side-profile of a V-twin is a handsome thing to look at.

Sadly, the Yamaha TR1 and XV920R didn’t really sell very well on either side of the North Atlantic. In the USA it was only sold in 1981 and 1982, and in Europe it survived from 1981 till 1986. More recently the model has been discovered by custom bike builders who love the reliability, the engineering, and the overall look.

The Yamaha TR1 you see here is a recent build by Moto Adonis from the Netherlands, they had a hard time finding one due to the relative rarity of the model but they had a vision for a TR1 Scrambler so they kept hunting till one turned up.

The build began with a full teardown, many of the original parts found their way into the scrap heap including the front suspension. A new pair of forks from a Suzuki GSXR were sourced and paired with a KTM 690 SM spoked wheel and disc brake. The rear wheel and brake were sourced from the same KTM 690 SM and a pair of Pirellis were added, with a 120/70 Pirelli MT60 Corsa tire up front and a 160/60 Pirelli MT60RS in the rear.

The fuel tank was pulled from a Honda CB750 then modified to fit, a new rear subframe was fabricated and a new battery box was built to slot under the seat. Once the new exhaust had been built and fitted the team used a Triumph Scrambler 7 inch headlight with a grill, a new tracker handlebar, mini speedo and a pair of Biltwell grips. 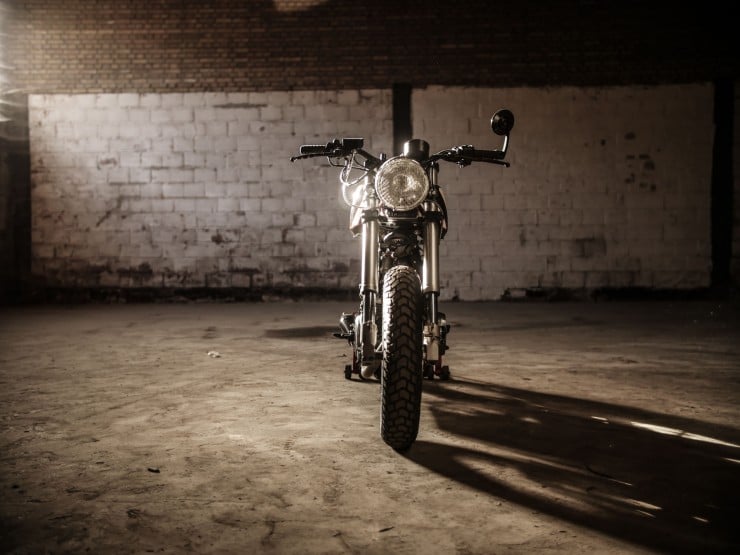 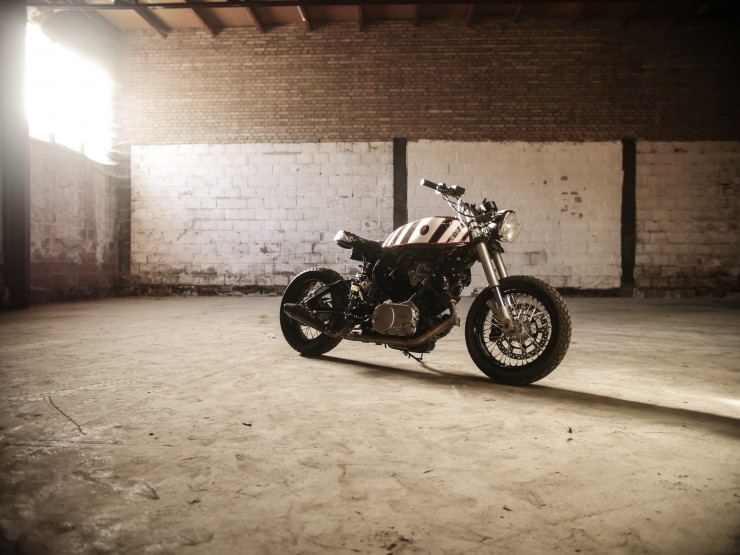 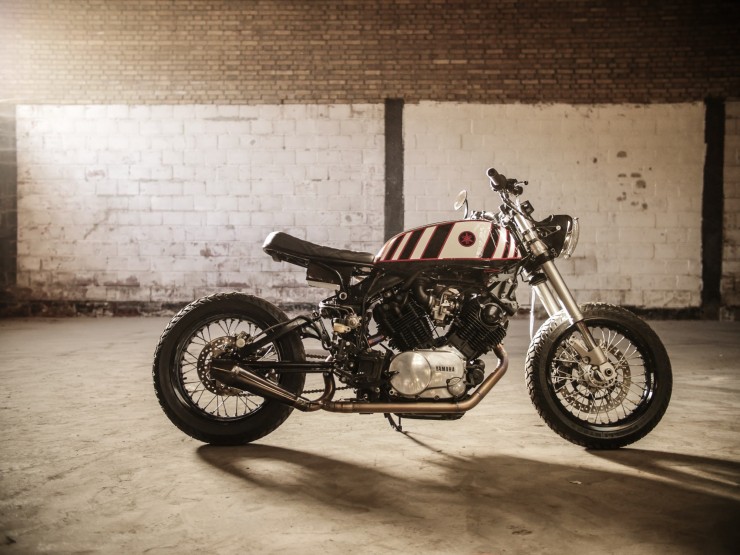 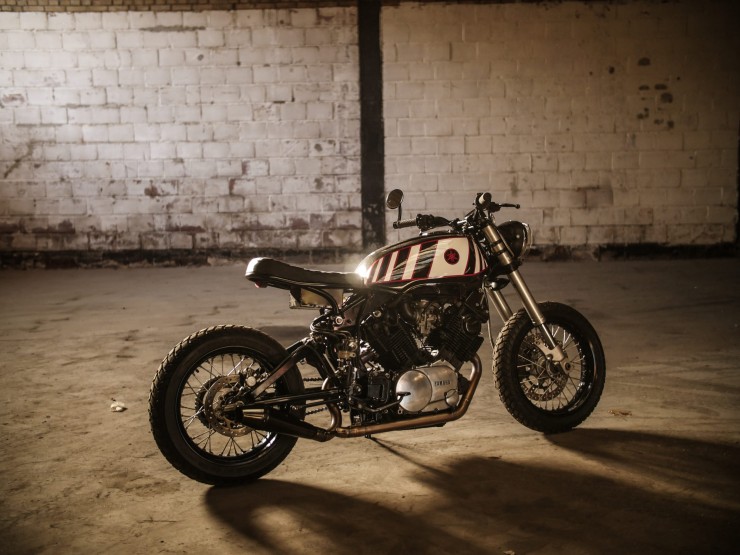 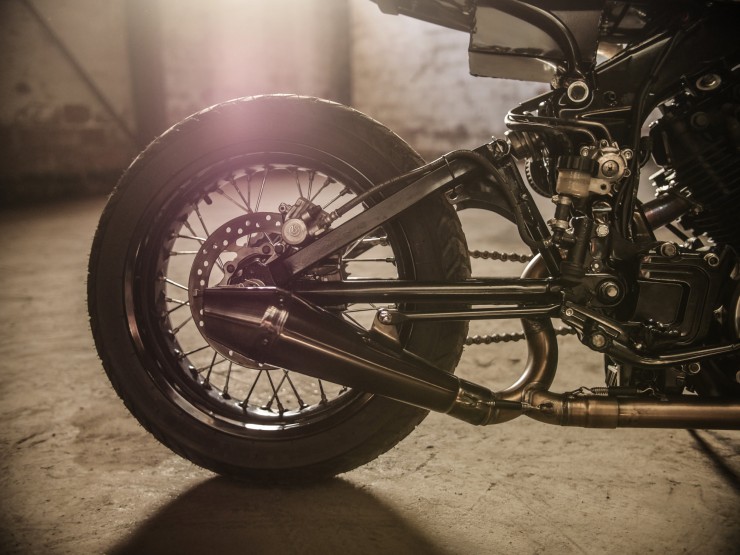 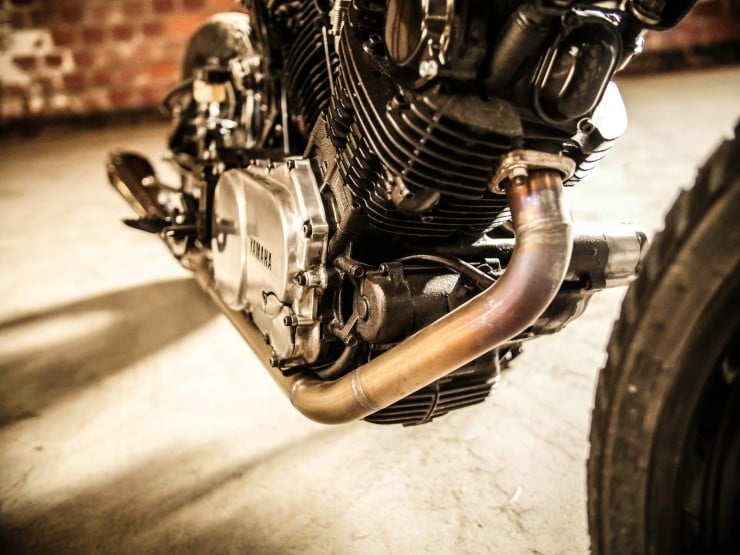 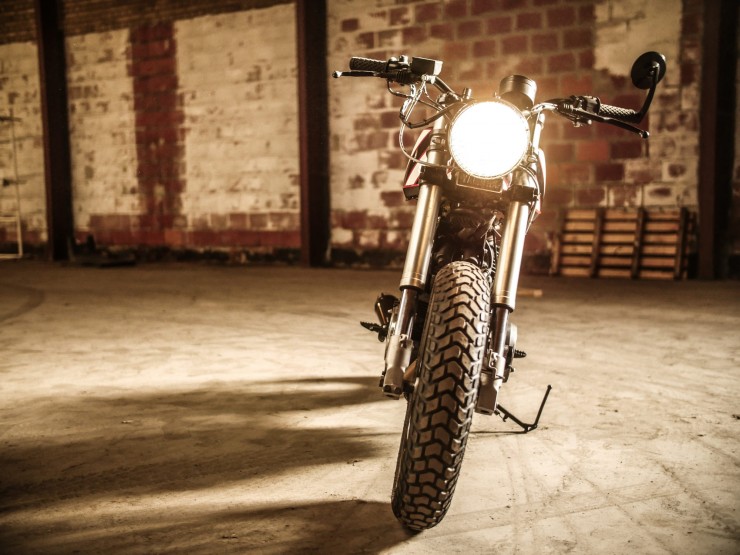 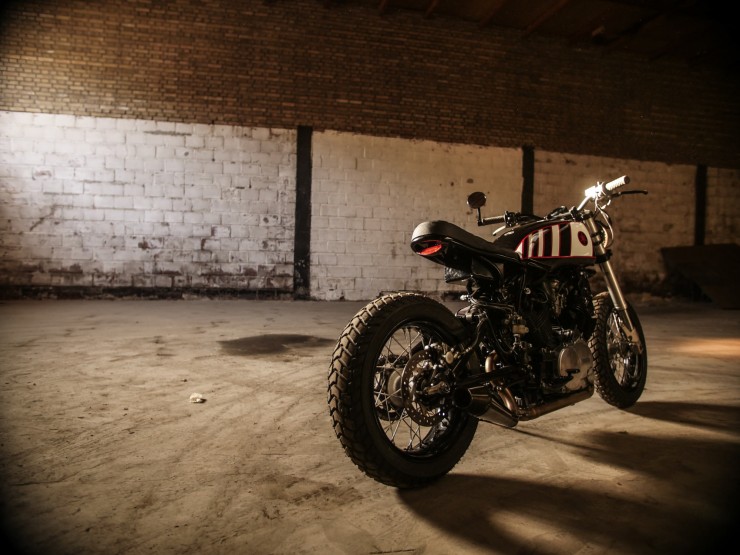 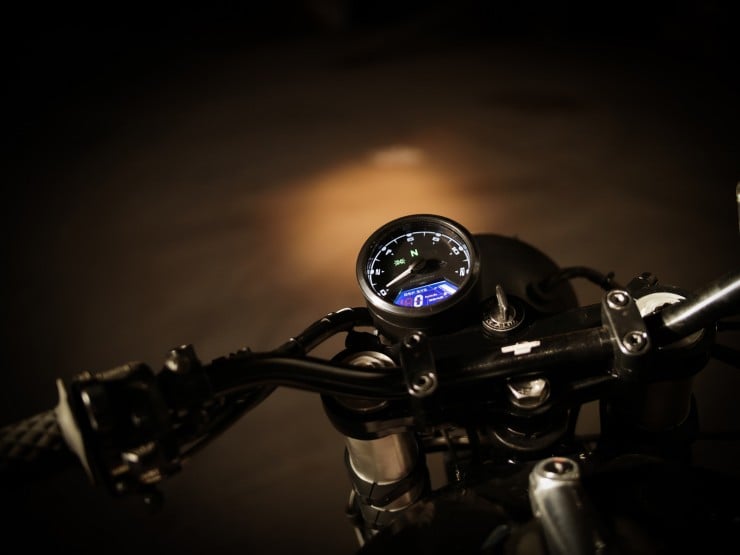 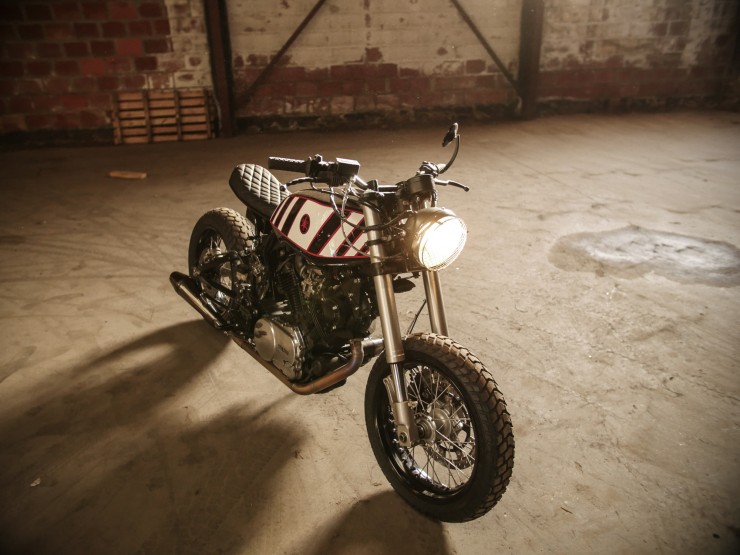 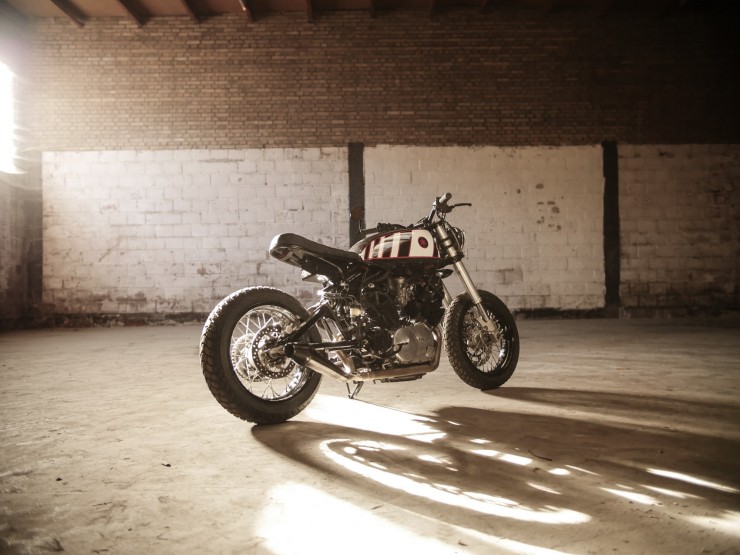 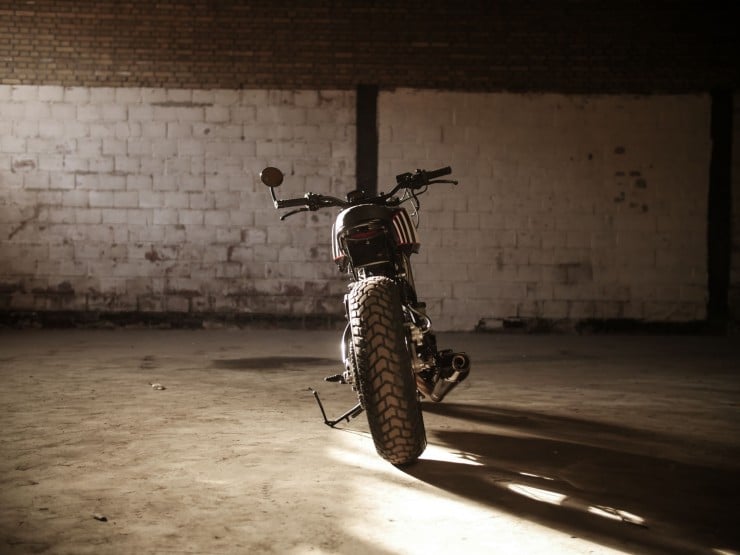 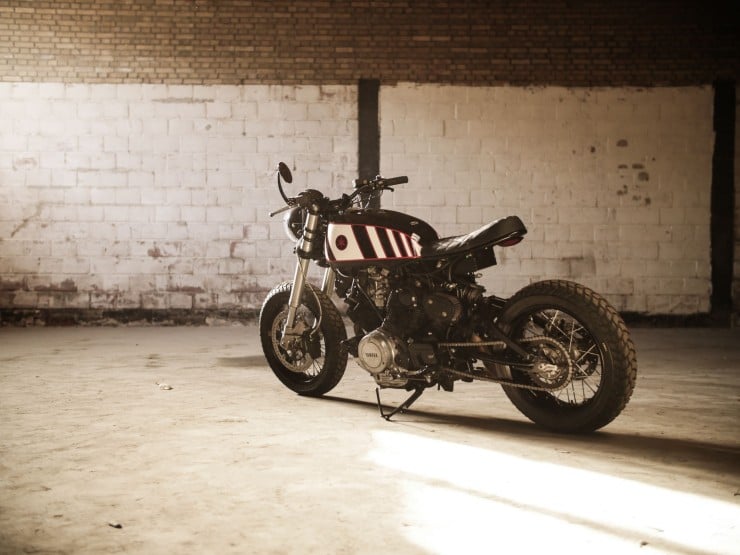 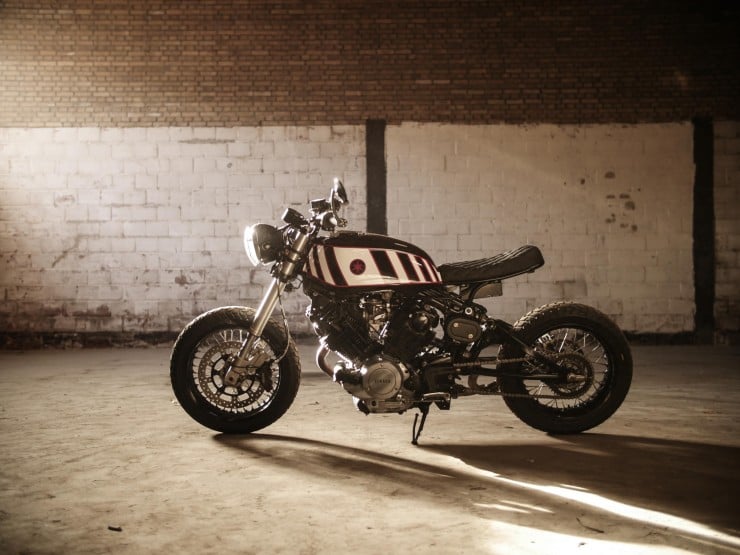 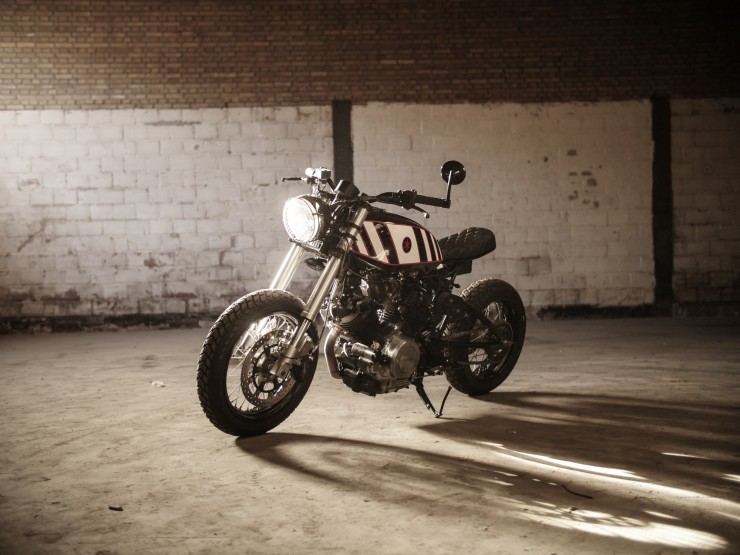 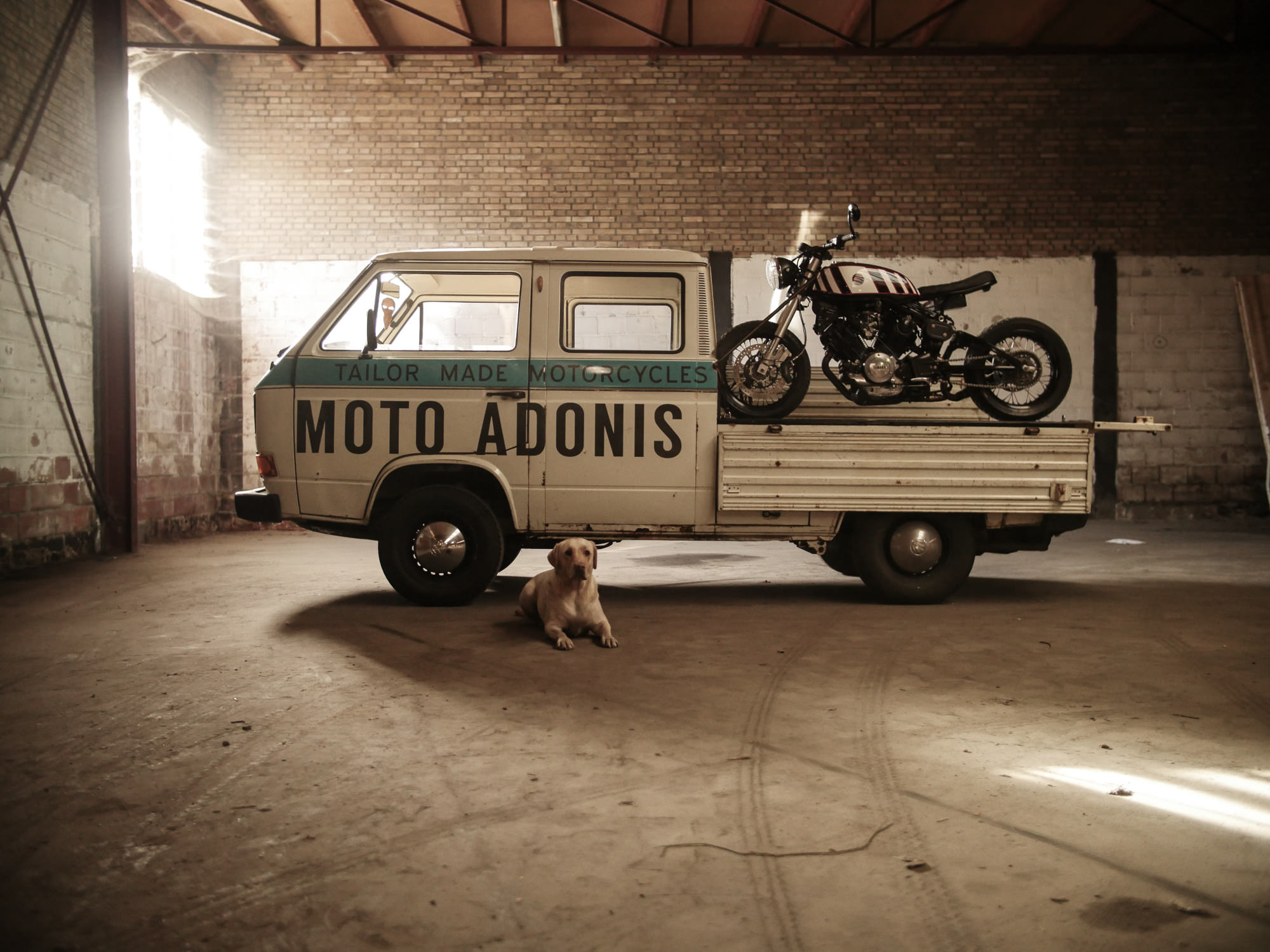