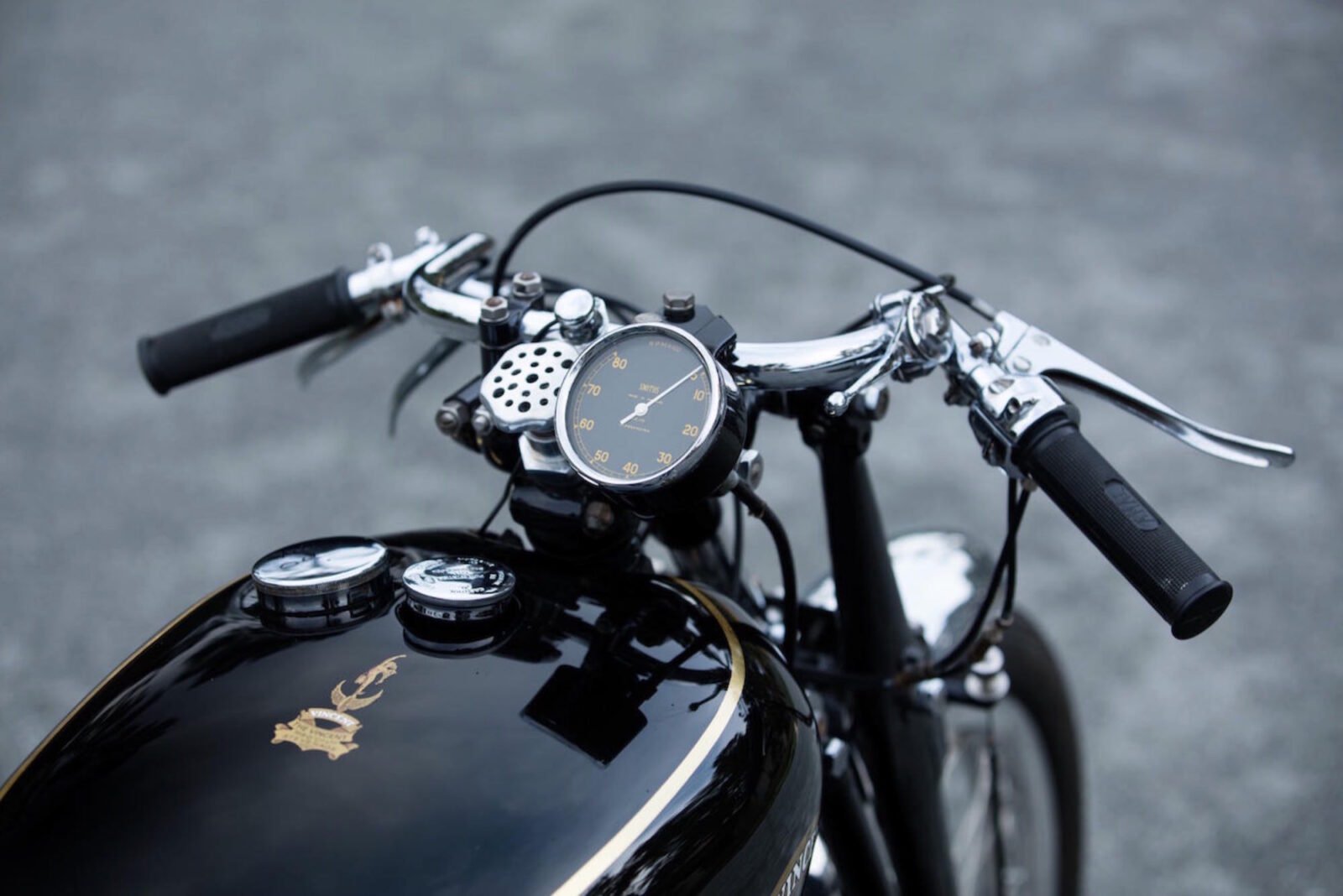 The Vincent Black Shadow is a motorcycle that many in the motorcycling press consider to be the first “superbike”, although that particular term wouldn’t be coined for another 20 years after the introduction of the Honda CB750. The first Black Shadows were designed and built in England just 3 years after the end of WWII, when rationing was still a fact of day to day life and many industries struggled with a lack of available steel, rubber and copper.

The engineer tasked with building the fastest production motorcycle in the world in this climate of limited supplies was Australian Phil Irving, a man who would later be recognised as one of the great engine designers of the mid-20th century. Irving would later design the engine used in the Repco-Brabham Formula 1 car that won the 1966 and 1967 World Championships with Jack and Denny at the wheel.

In order to reduce weight and use as little steel as was humanly possible, Irving developed the earlier Rapide V-twin and used it as a stressed-member, as had been done 2 years previously with the Series B Rapide. This did away with the need to create a frame from tubular steel and the engine offered far better rigidity than the steel frames of the era, the Vincent V-twin was of unit construction (the gearbox and engine share a single casing) and the pivot point of the swingarm was attached to the gearbox.

The front girder fork suspension was ordered from Brampton, not because Vincent couldn’t design their own, but because if they ordered parts from other companies the steel required came from the other company’s allotment. The rear suspension was the patented Vincent system that had been in use since before the outbreak of WWII – and was still more advanced than almost anything else in production in 1948.

The original Black Shadow had a relatively low compression ratio due to the low octane fuel being used in most parts of the world, the stock factory engine offered 45 bhp but it was quickly discovered that this could be significantly increased with higher grade fuel, high-compression pistons and a hot camshaft. Modified Vincent Black Shadows became one of the most dominant racing motorcycles in history up until that point, and men like Rollie Free and Hunter S. Thompson guaranteed them a permanent place in the zeitgeist.

The Black Shadow Special you see here was modified by the factory specifically for racing with a Lucas KVF-TT magneto, a tachometer, high-compression pistons with carburettors modified to suit and 2 inch straight exhaust pipes. The original sale fell through but road racer Ed LaBelle swooped in and took delivery, after 700 break-in miles he set about competing in drag, road and track racing across the United States and Canada, including speed record runs at the just-opened Daytona International Speedway.

The Vincent is now being offered in fully restored condition with an estimated value in the $200,000 to $240,000, if you’d like to bid or read some more about it you can click here to visit Bonhams. 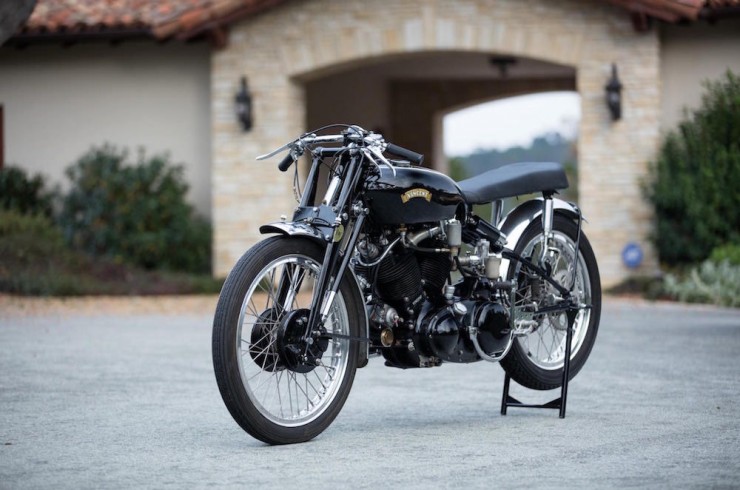 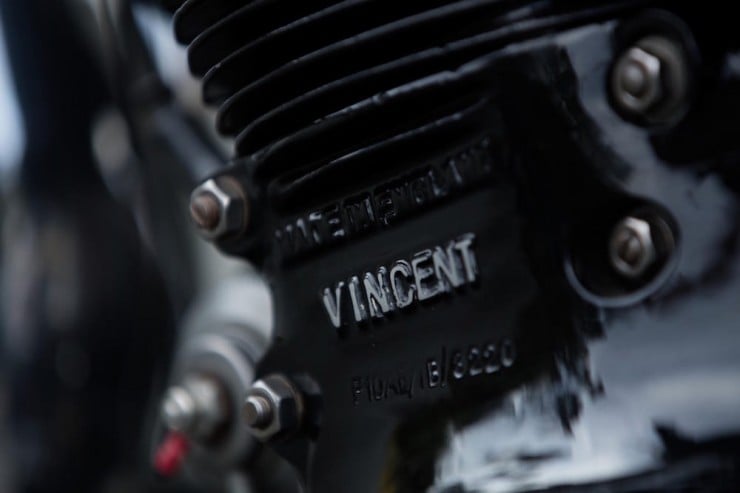 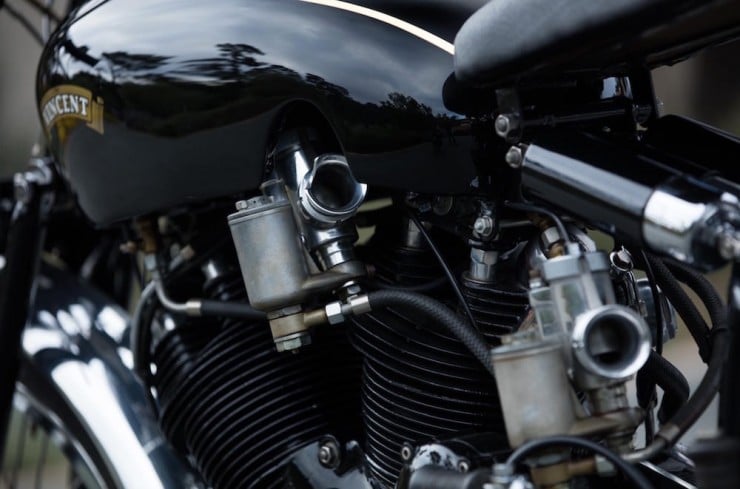 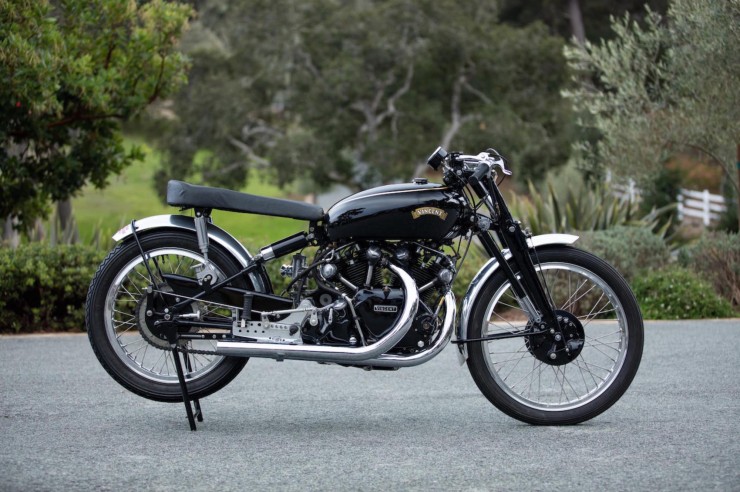 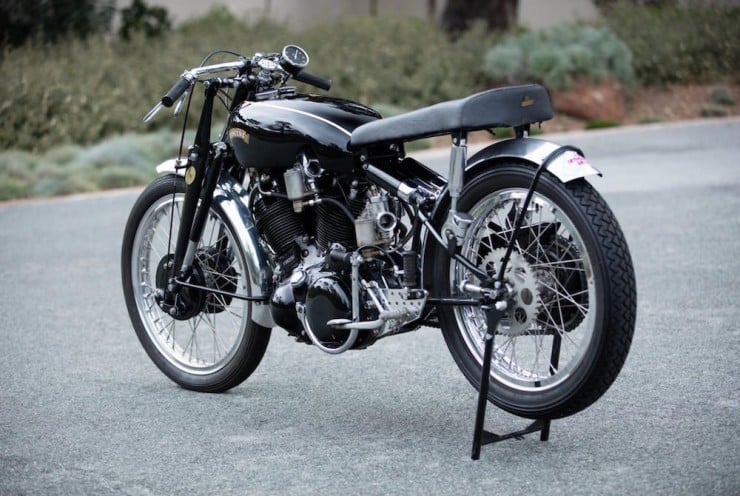 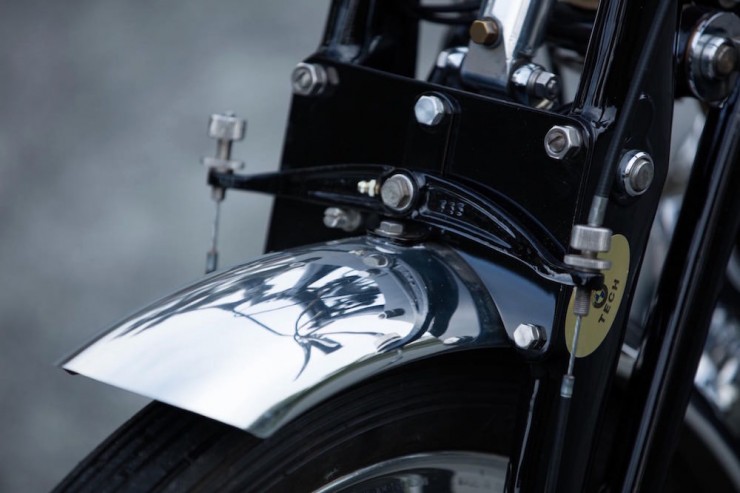 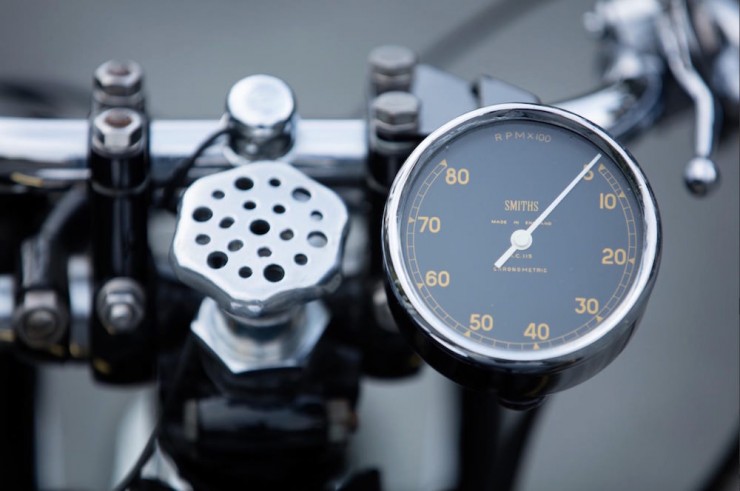 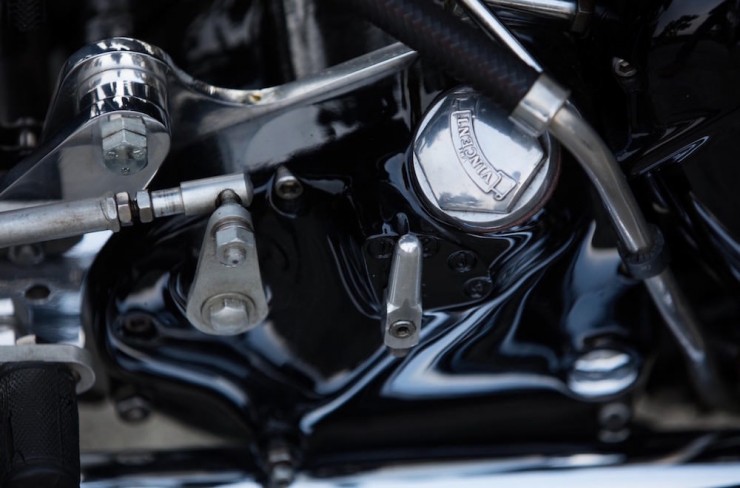 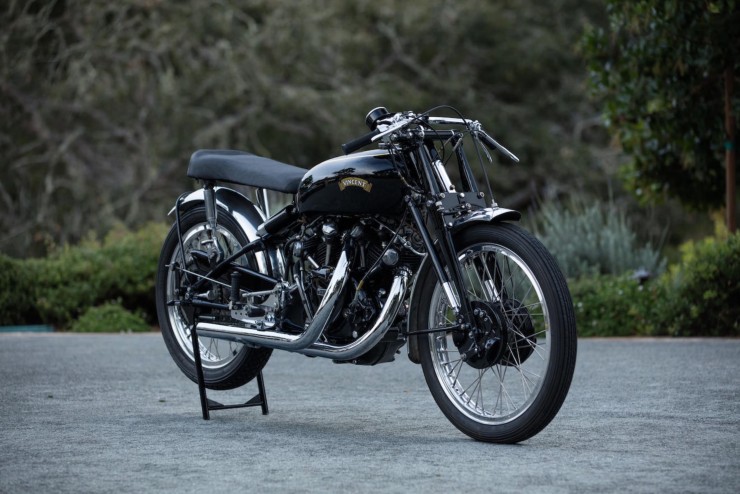 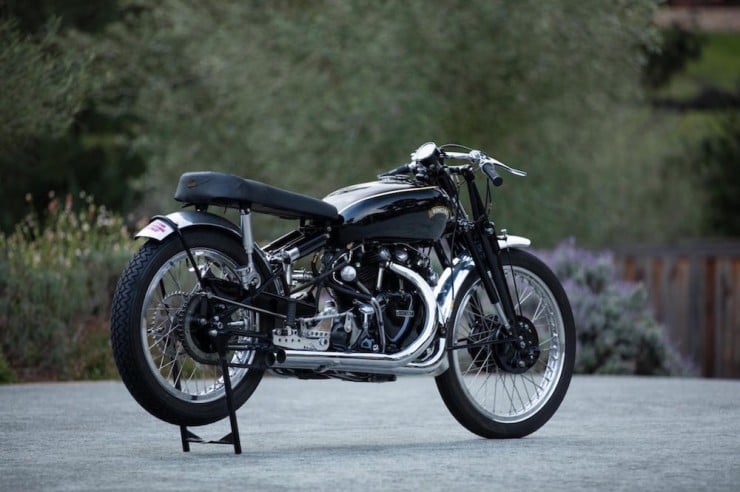 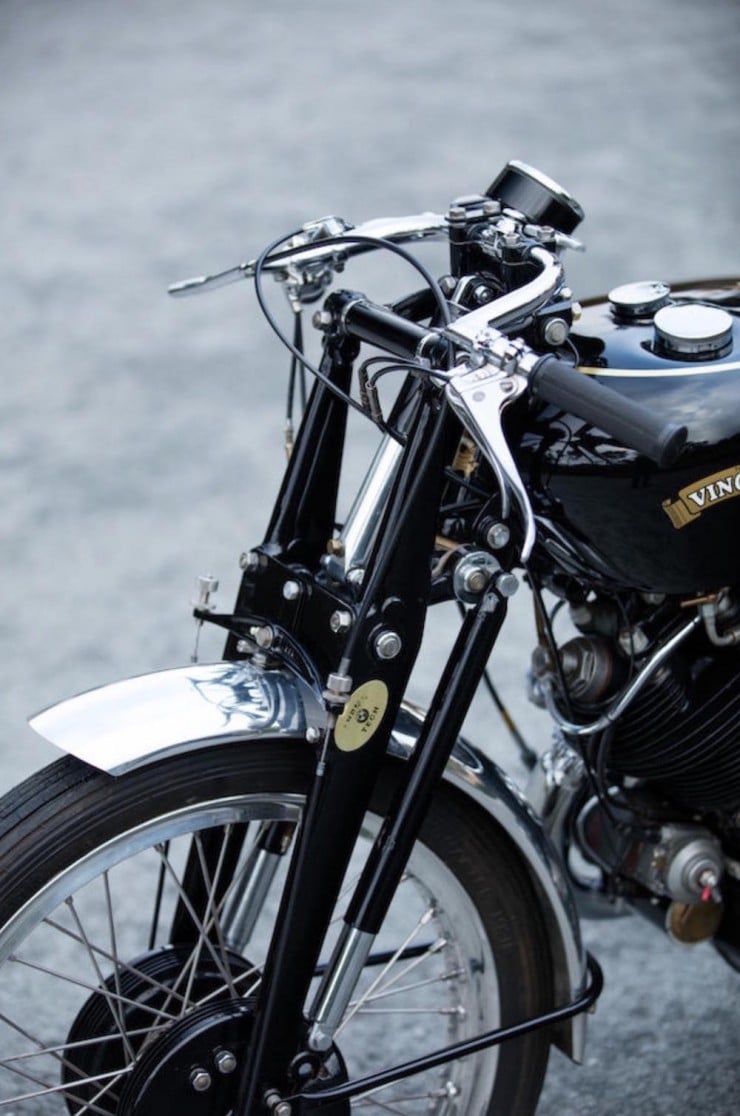 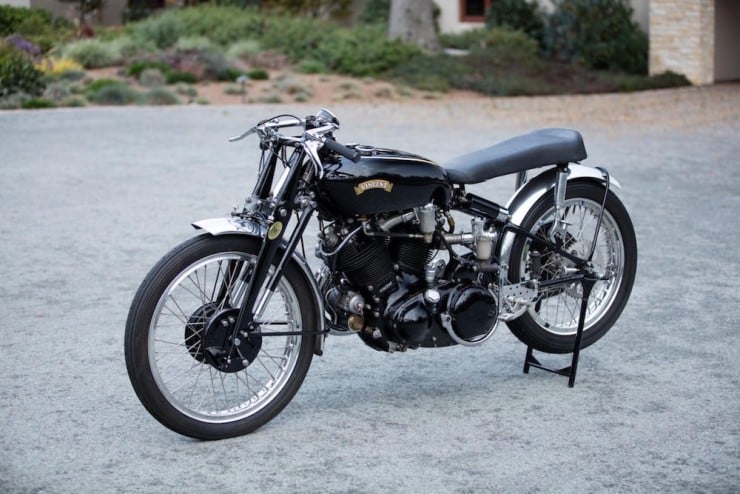 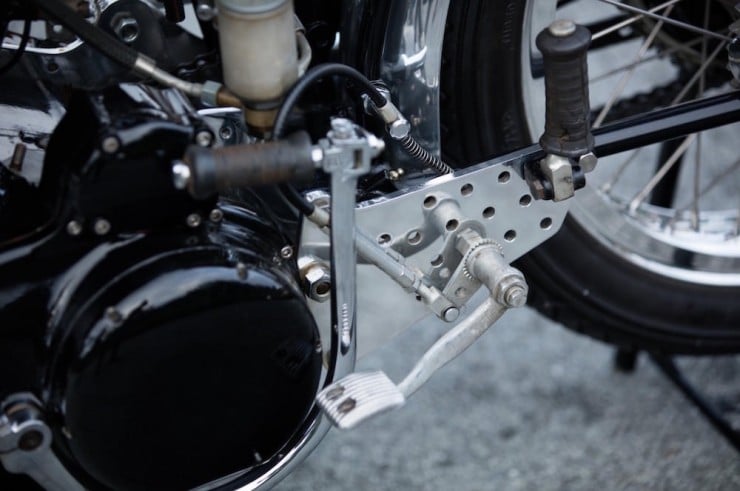 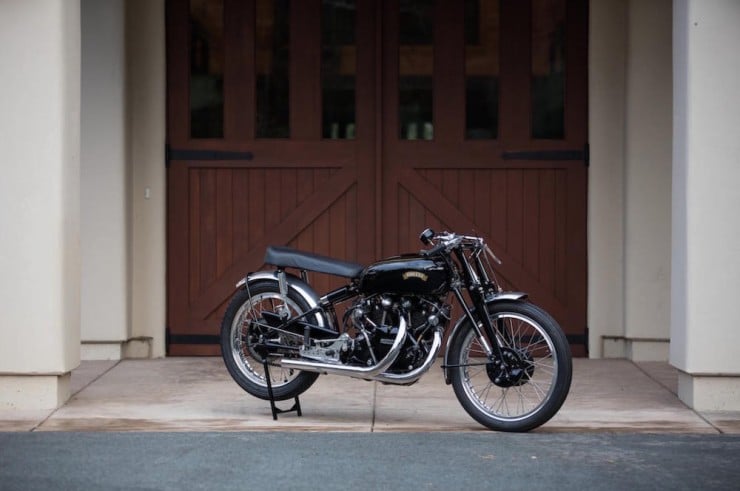 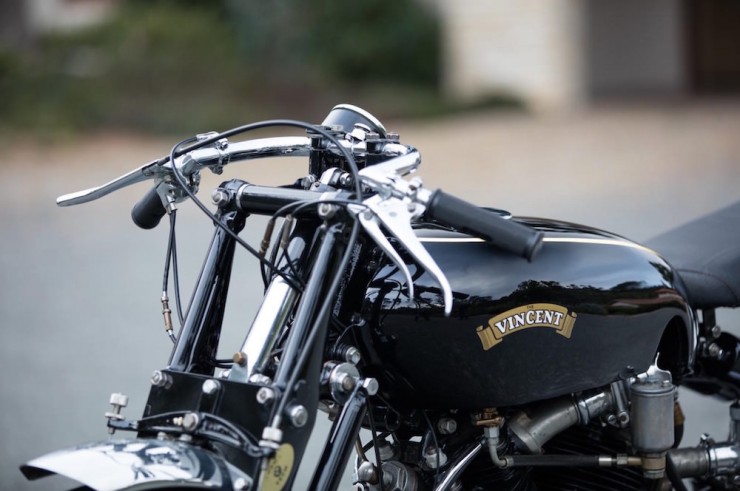 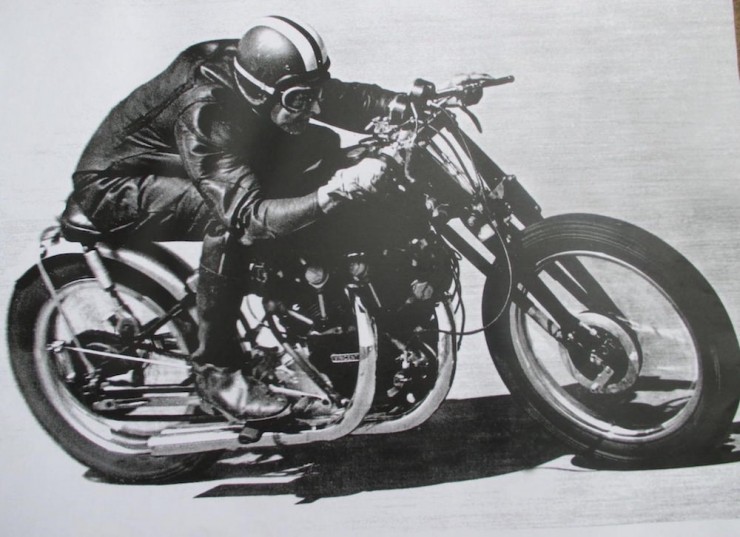 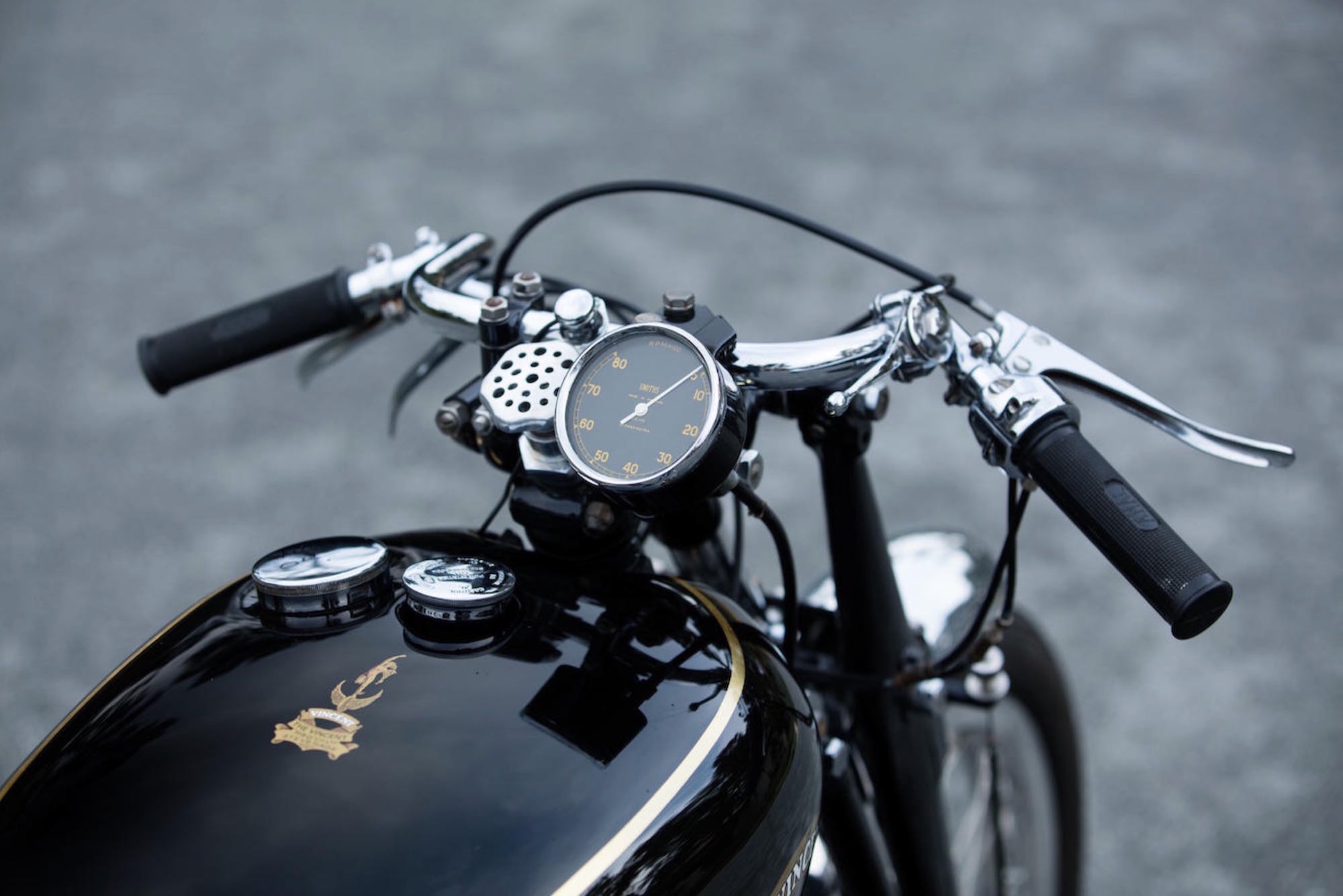