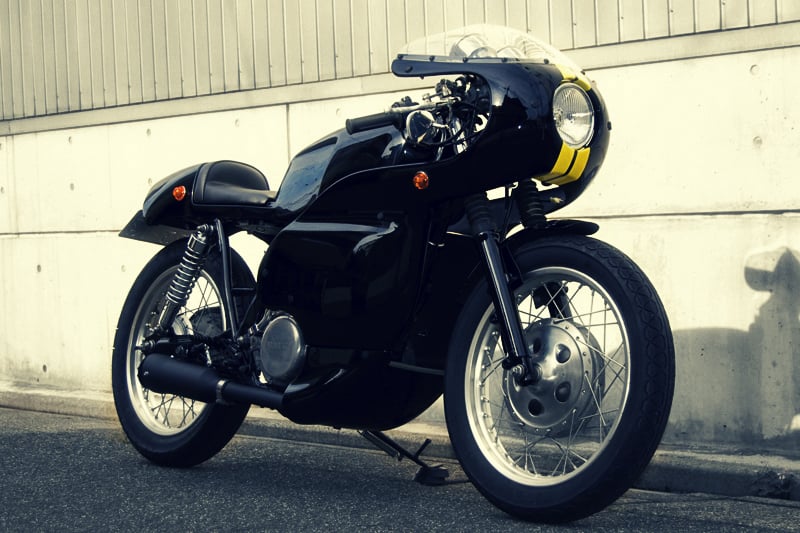 Motor Rock is a fantastic, boutique custom motorcycle garage based in Japan, they opened their doors in 2004 and have produced a series of notable and unique bikes since. This beautiful, fully faired Yamaha SR400 custom is one of their more traditional offerings, the bike has been heavily modified from front to back with not a whole lot of the stock SR400 remaining.

That eye-catching fairing is all handmade from fibreglass as is the classic rear cowling, the fuel tank is custom made, hand-beaten aluminium. The more observant amongst you have already noticed that the fairing has an opening behind the wheel to allow some of the already-broken wind off the front tire to cool the 400cc single cylinder engine.

I really like the indicator placement on this build, having them mounted right on the body work is a far more aesthetically pleasing design than having them dangling on little antennae on the front and back. The bike retains it’s stock, vintage looking drum brakes front and rear, they don’t have any trouble slowing her down as the total weight of the bike is relatively light at just a tad under 150kgs (330lbs).

If you’d like to check out more from Motor Rock, hit the link here. 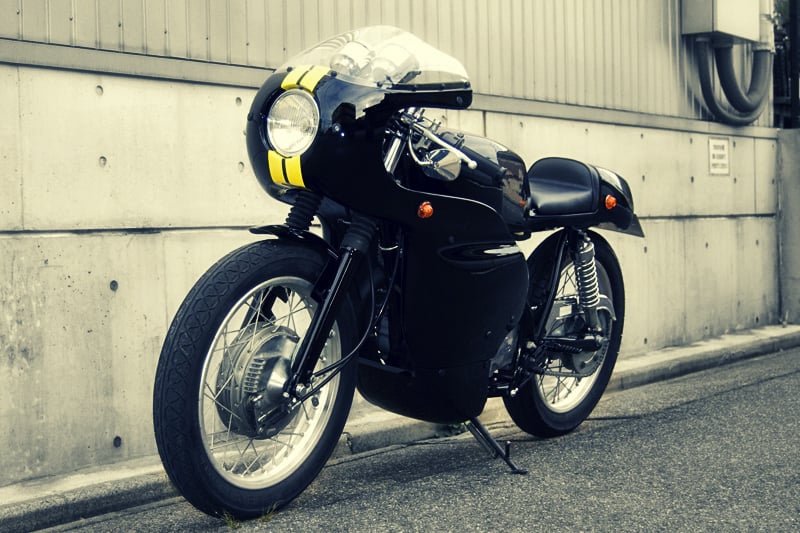 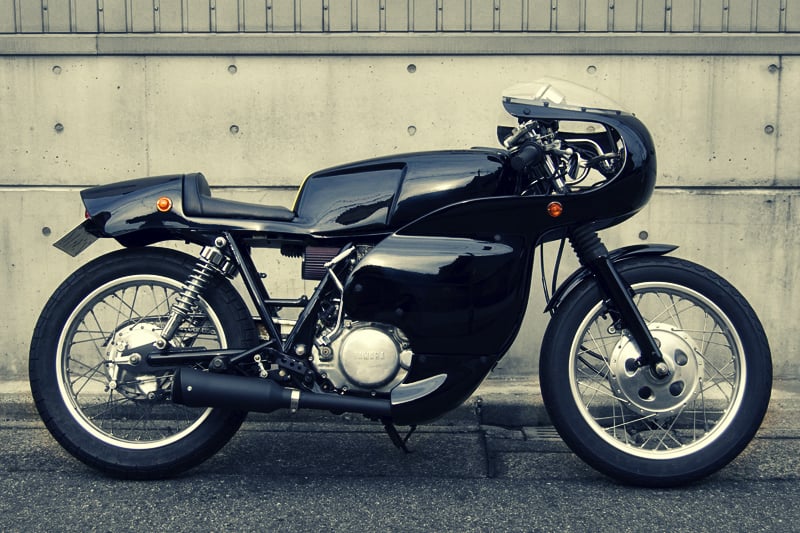 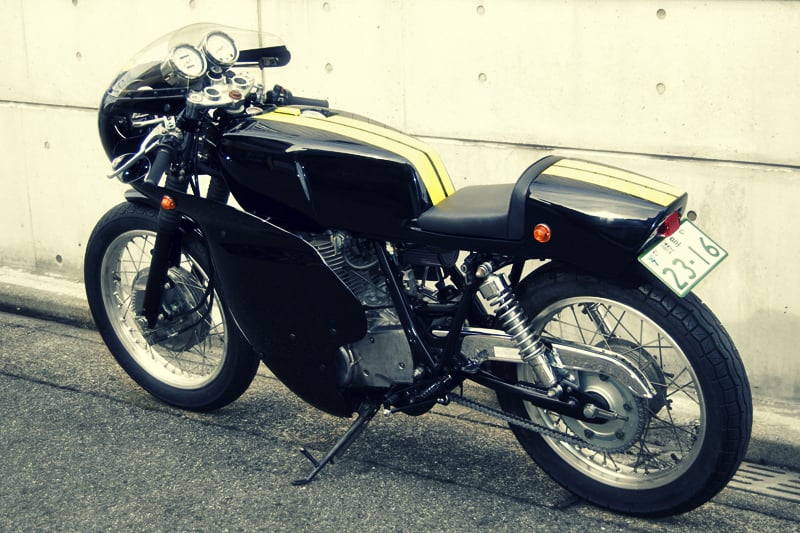 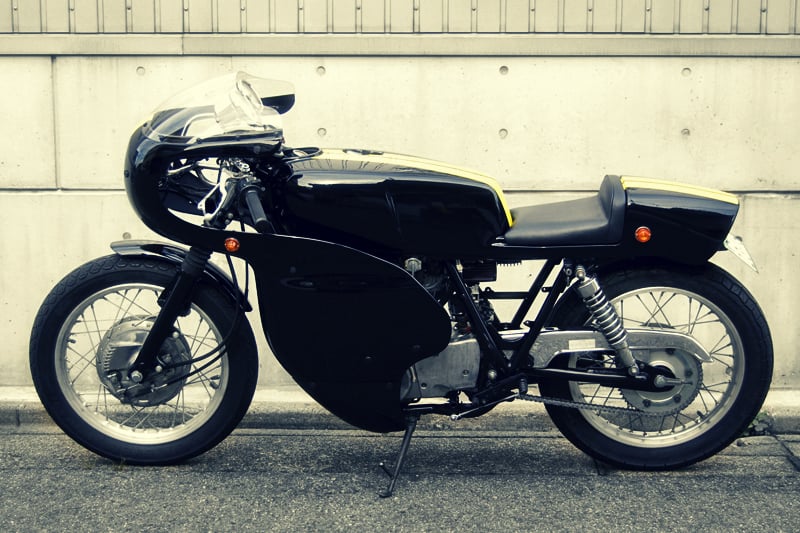 When it was released in 1966 the Honda S800 was the fastest production car build by the Japanese company, with a top speed just…

In 2009 GM awarded an exclusive licensing agreement to The Duntov Motor Company to bring the legendary 1963 Corvette Grand Sport back to life, and…