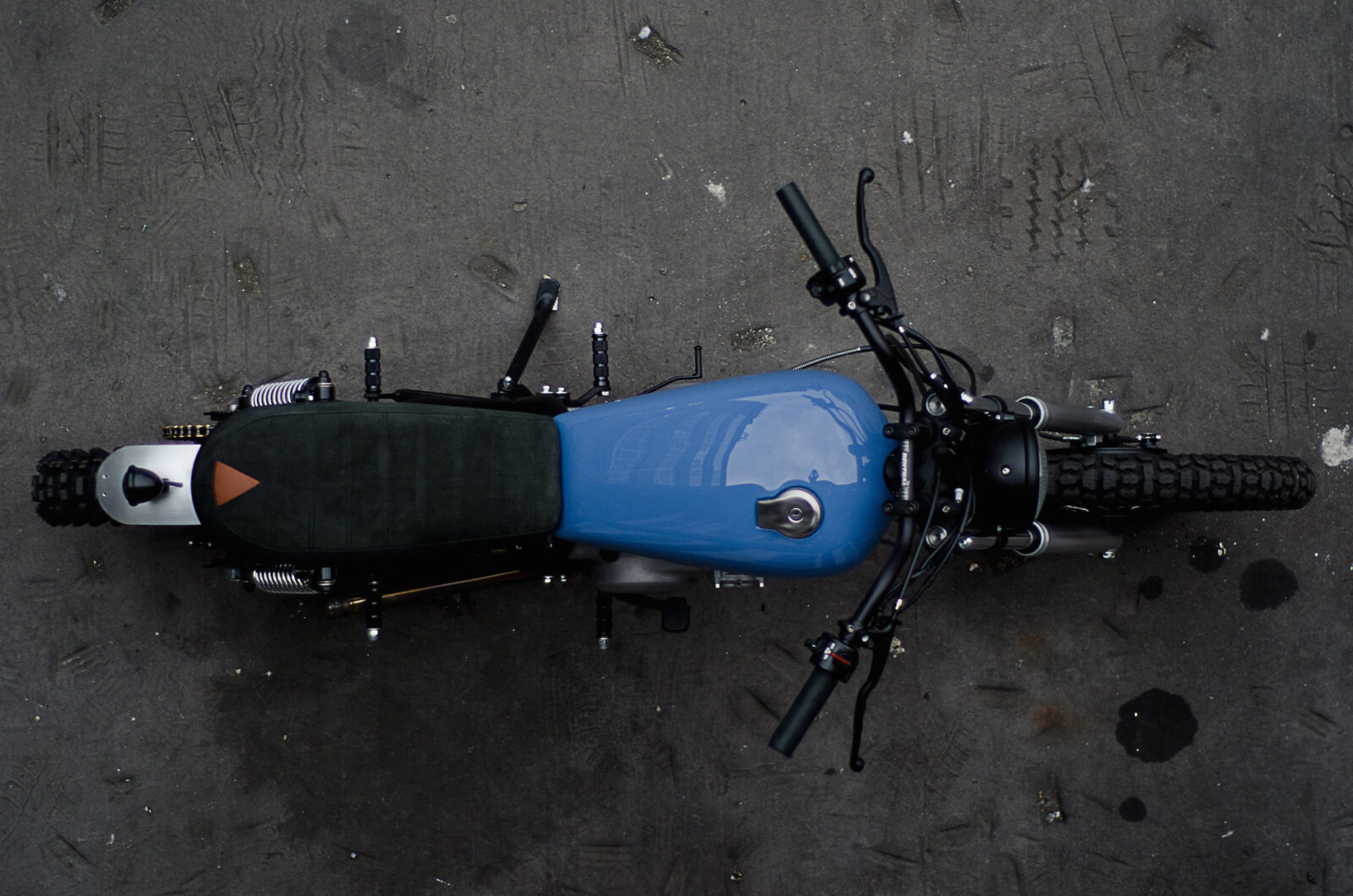 This feature was written by Bujar Muharremi, the co-founder of Auto Fabrica. It makes a nice change when custom bike builders write the words to accompany their creation – and it allows the reader a chance to see deeper into the process than would otherwise be possible.

The Original type 3 was a bike which was built based purely on fun. Even the build itself went smooth, the single cylinder 250 is a really light machine in its standard form. Once stripped and built back up we were surprised by its weight. We were amazed at it’s impact it had at the 2nd BSMC show back in September last year.

Due to the success and huge amount of interest we built another. This one still falling under the Type 3 umbrella just a slightly different feel. The design ethos is simple. Strip it back. Minimal yet complicated on each part of the bike. The colours work best as solids on SR250 tanks. The original cream worked well but we wanted to push it slightly on the colour and trim department. Keeping up to date with current automotive design trends. The colours is a take on the original Bugatti blue but modified slightly. The tank has has the usual mm adjustments at the back with edges removed to keep the side profile line matching the seat. 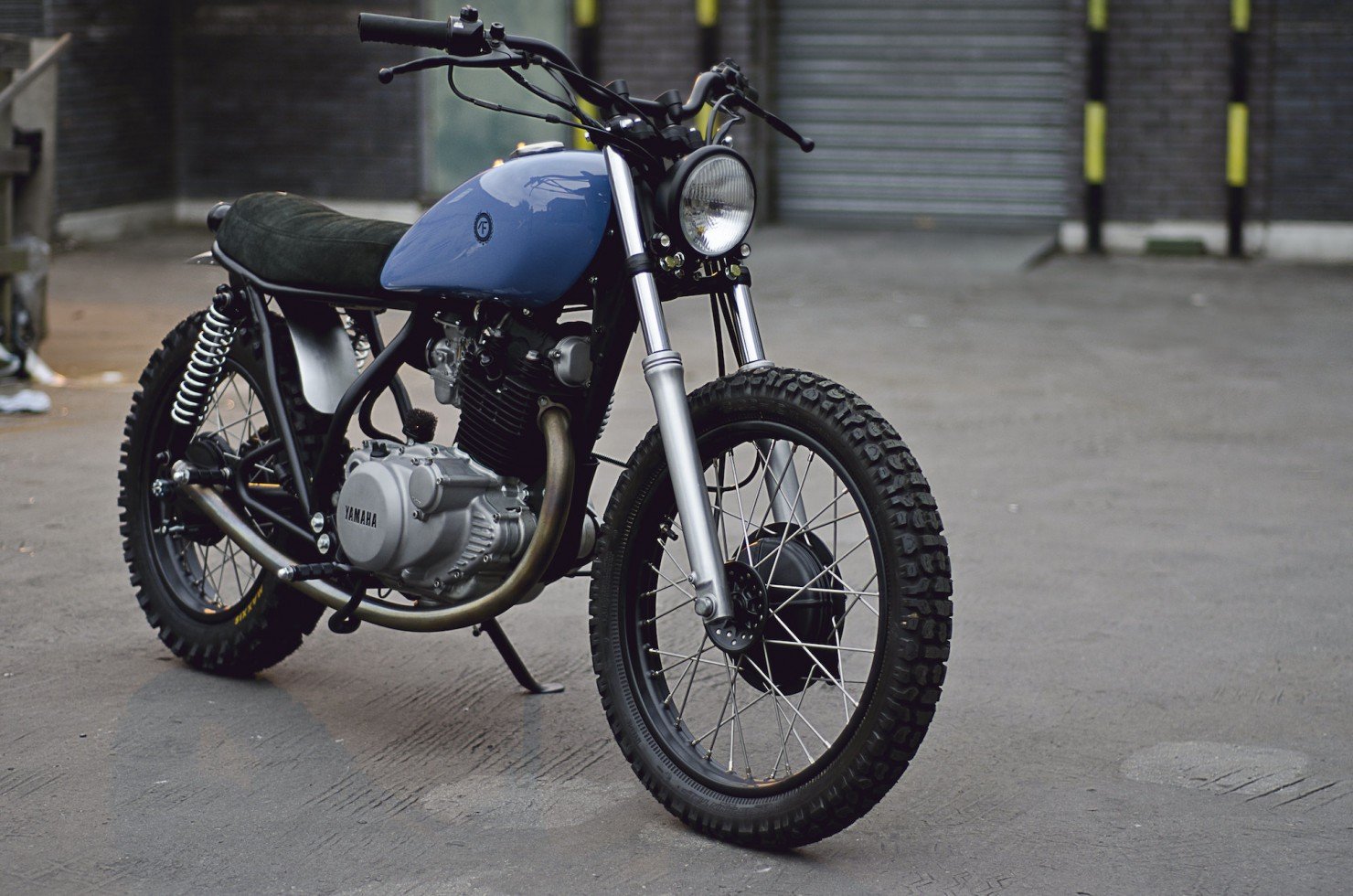 The seat was a slight debate as brown leather would of been a natural choice and work well but we felt as though that was too easy. So we opted for a black suede with the triangle in tan leather. The triangle design on the seat has become a trademark for Auto Fabrica.
We also didn’t want a skinny uncomfortable seat so we made a few to test out some comfort settings and this one was a favourite which is layered in 3 different foams. We wanted it to have a relatively thick side profile.

The exhaust has been hand bent and is a full stainless pipe. We wanted the exhaust to not have a straight line on it. The triple curvature allowed the exhaust to tuck close to the frame as well as follow the line of the frame on the exit side. It’s fitted with a two stroke baffle to keep it from sounding too raw and 2 pie cuts at the end were introduced.

Playing on texture was a big part of this build. We wanted a mixture of matte and gloss, the seat contrasts in itself by playing on suede and leather mixed together. Another example of this can be seen on the wheels. Powder coated matte black with the stainless spokes aqua blasted but keeping the nipples polished, this gives a great level of intricacy around the bike.

The suspension has been altered slightly. Stock height on the rear with a 2 inch drop up front. Much improving the handling over the standard even on knobblies.

The aluminium has been aqua blasted then brushed throughout the bike and the aluminium rear fender holds the led light and number plate. It’s again a blast to ride. Compared to some heavies on the workshop right now it still remains as a favourite to ride around. 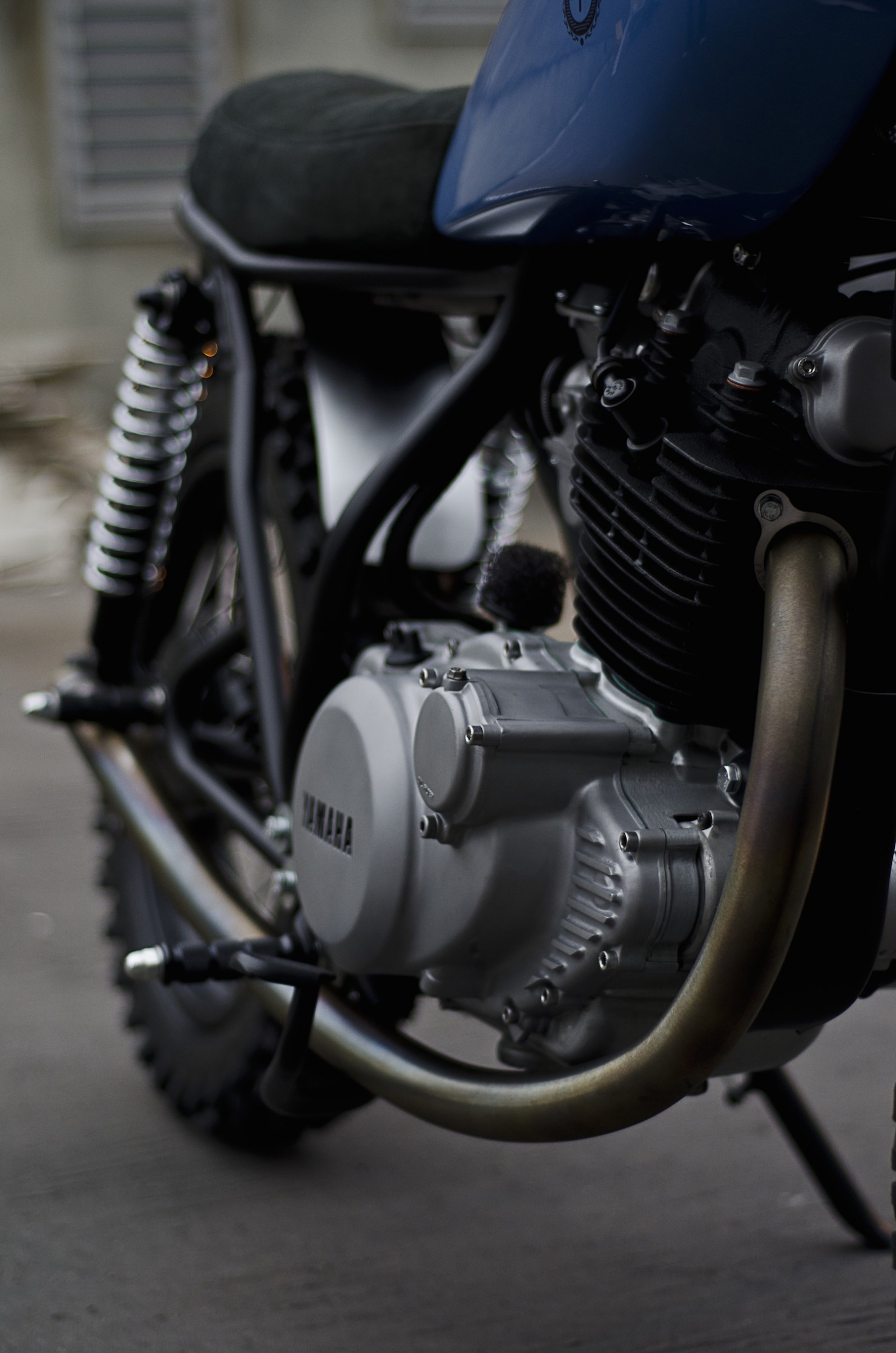 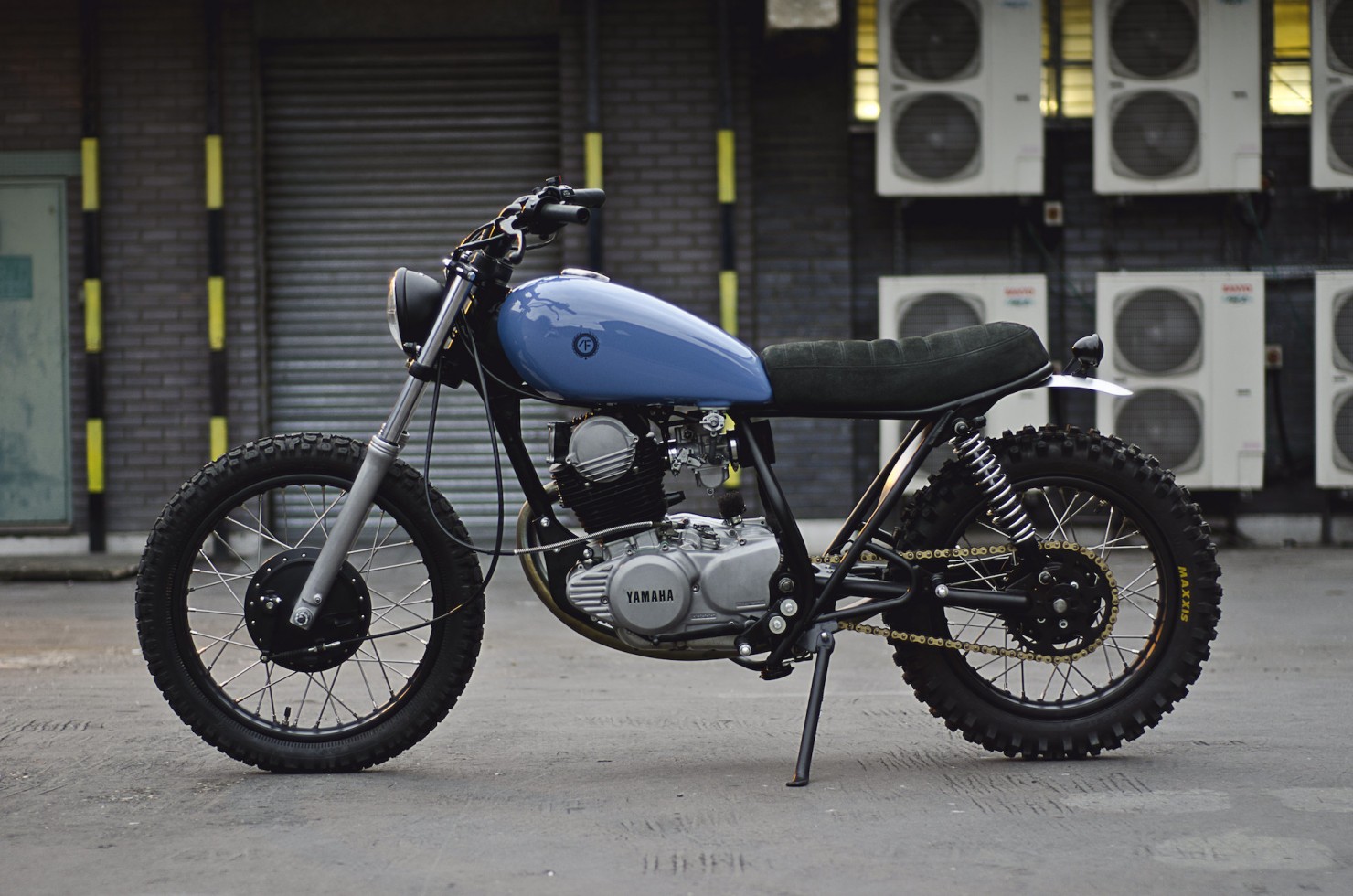 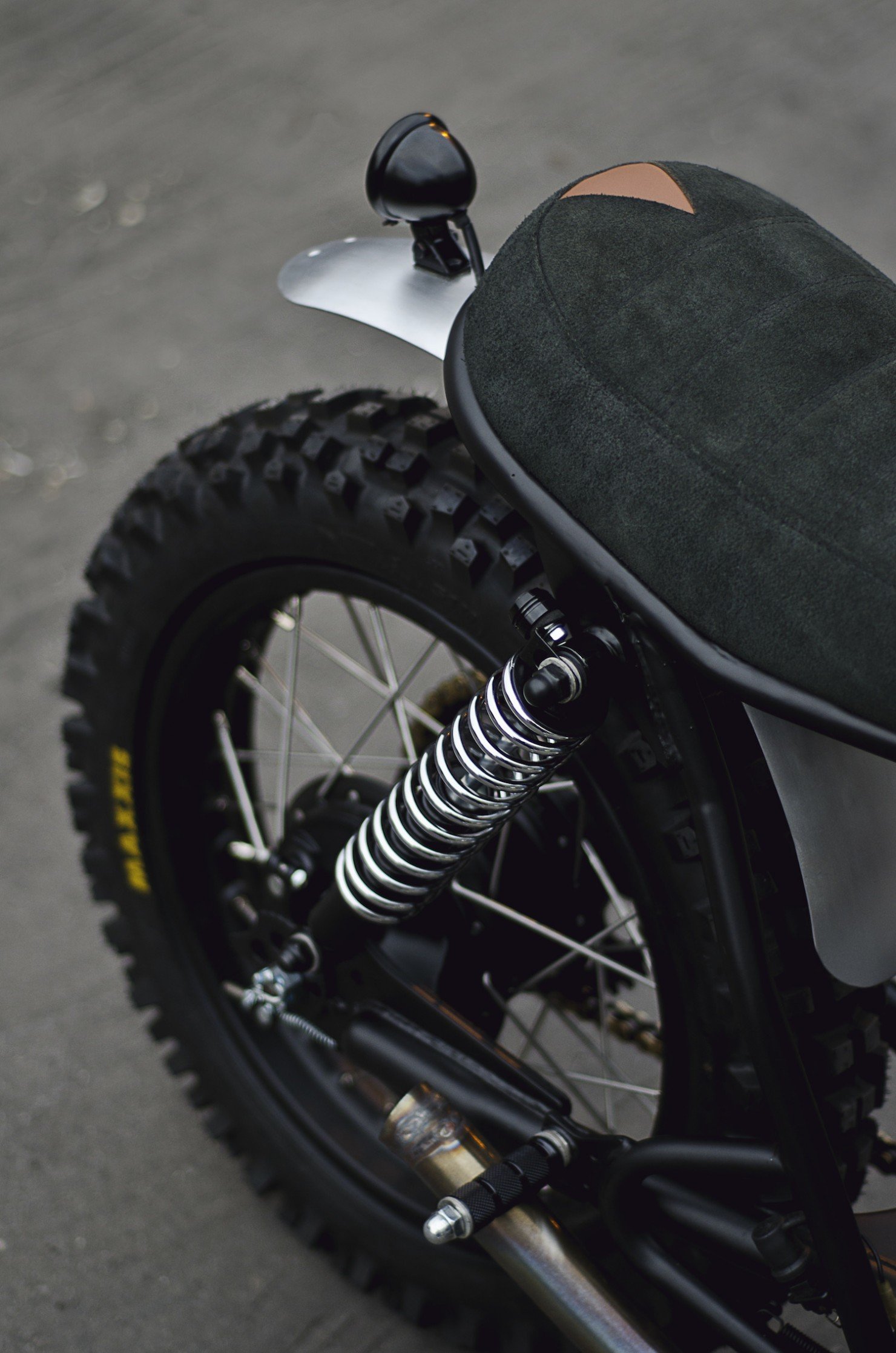 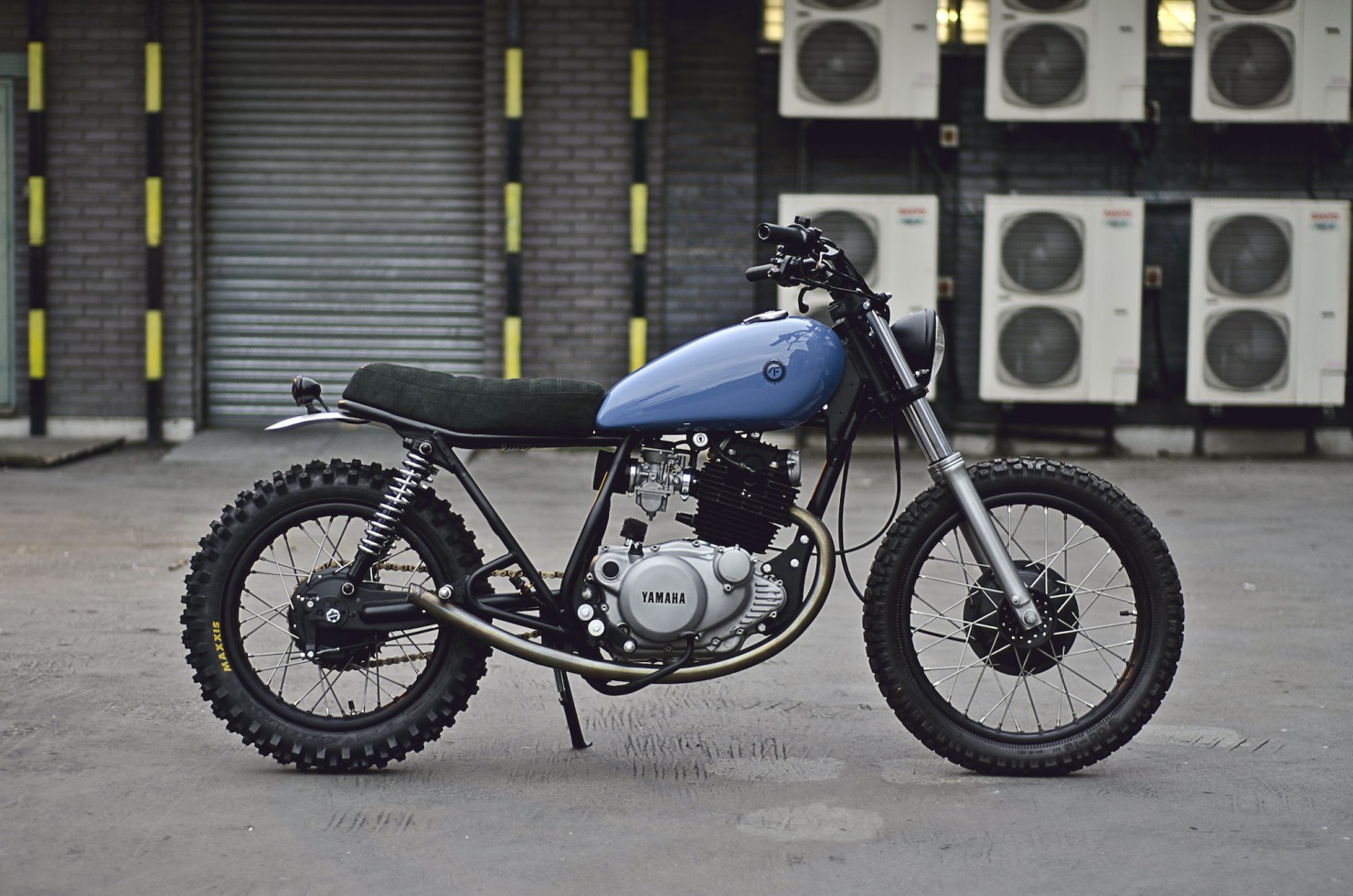 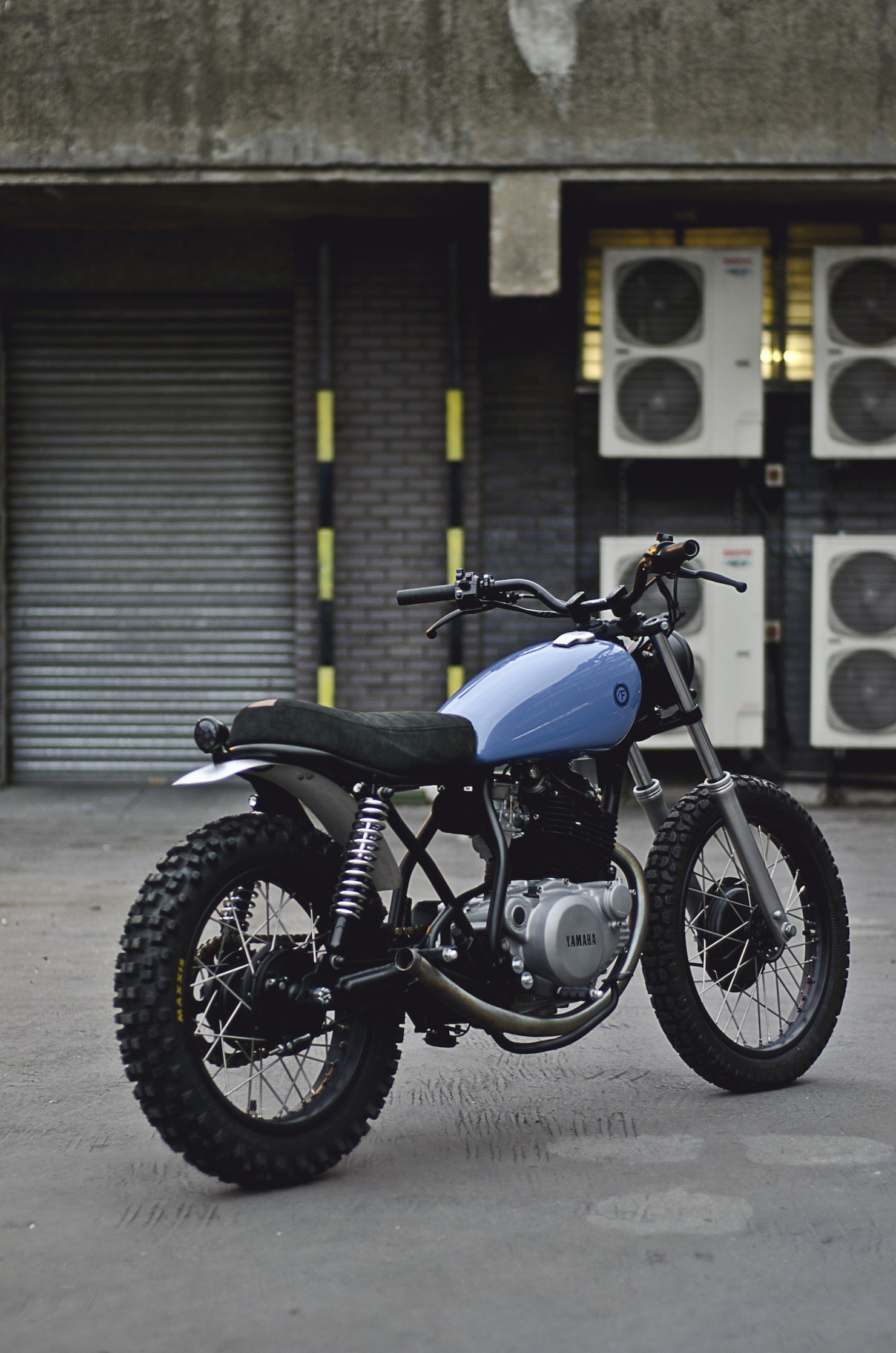 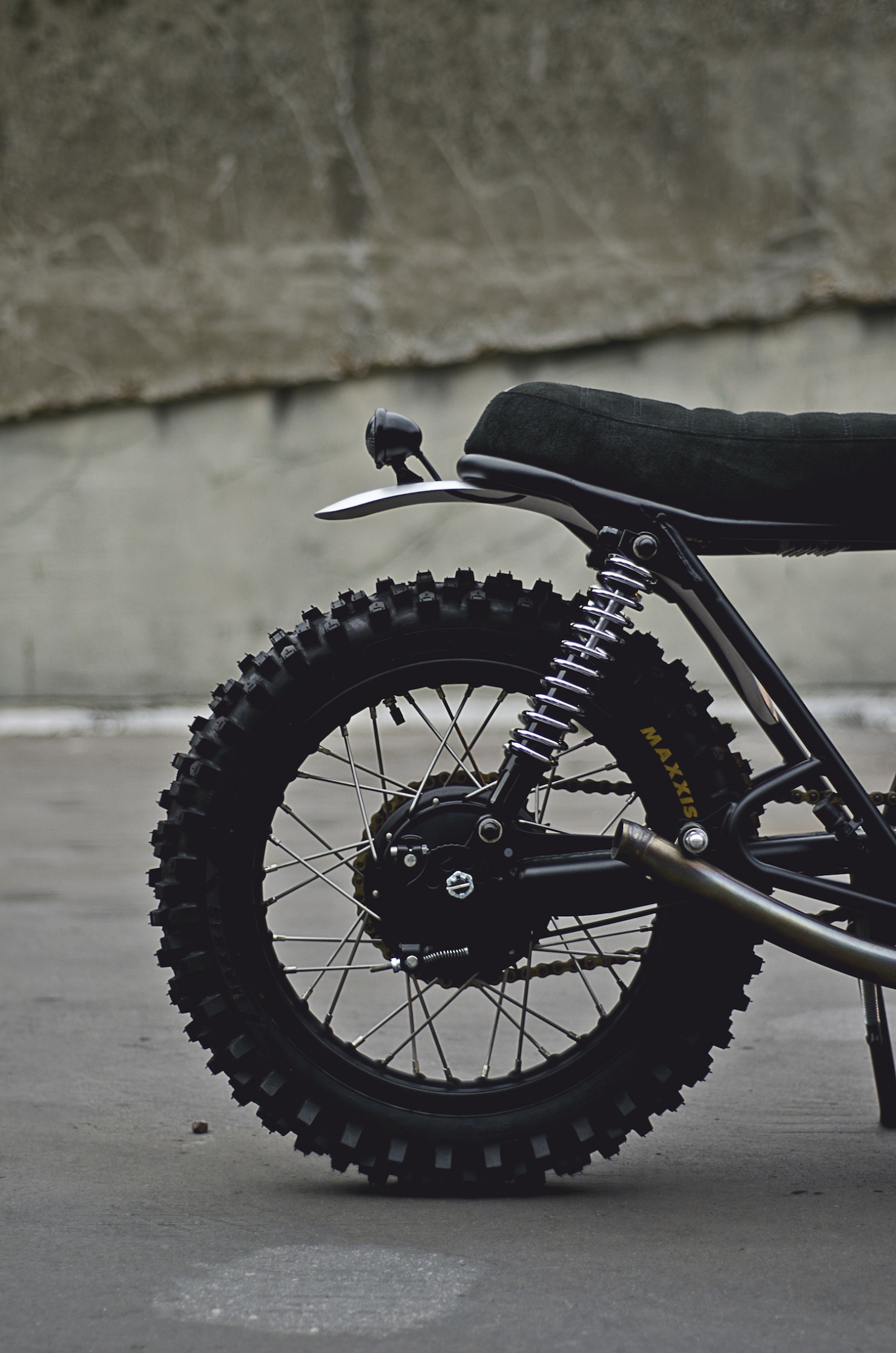 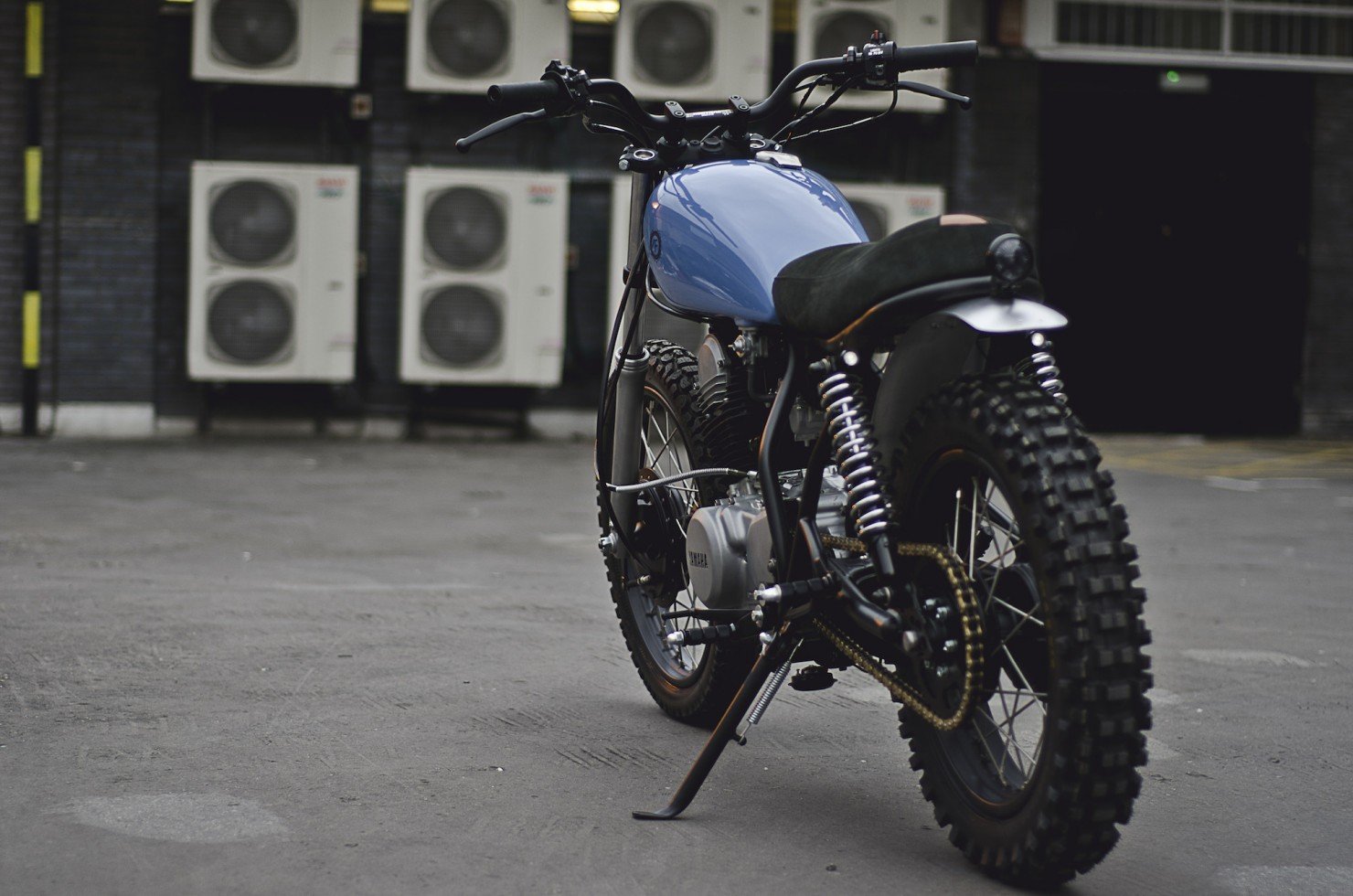 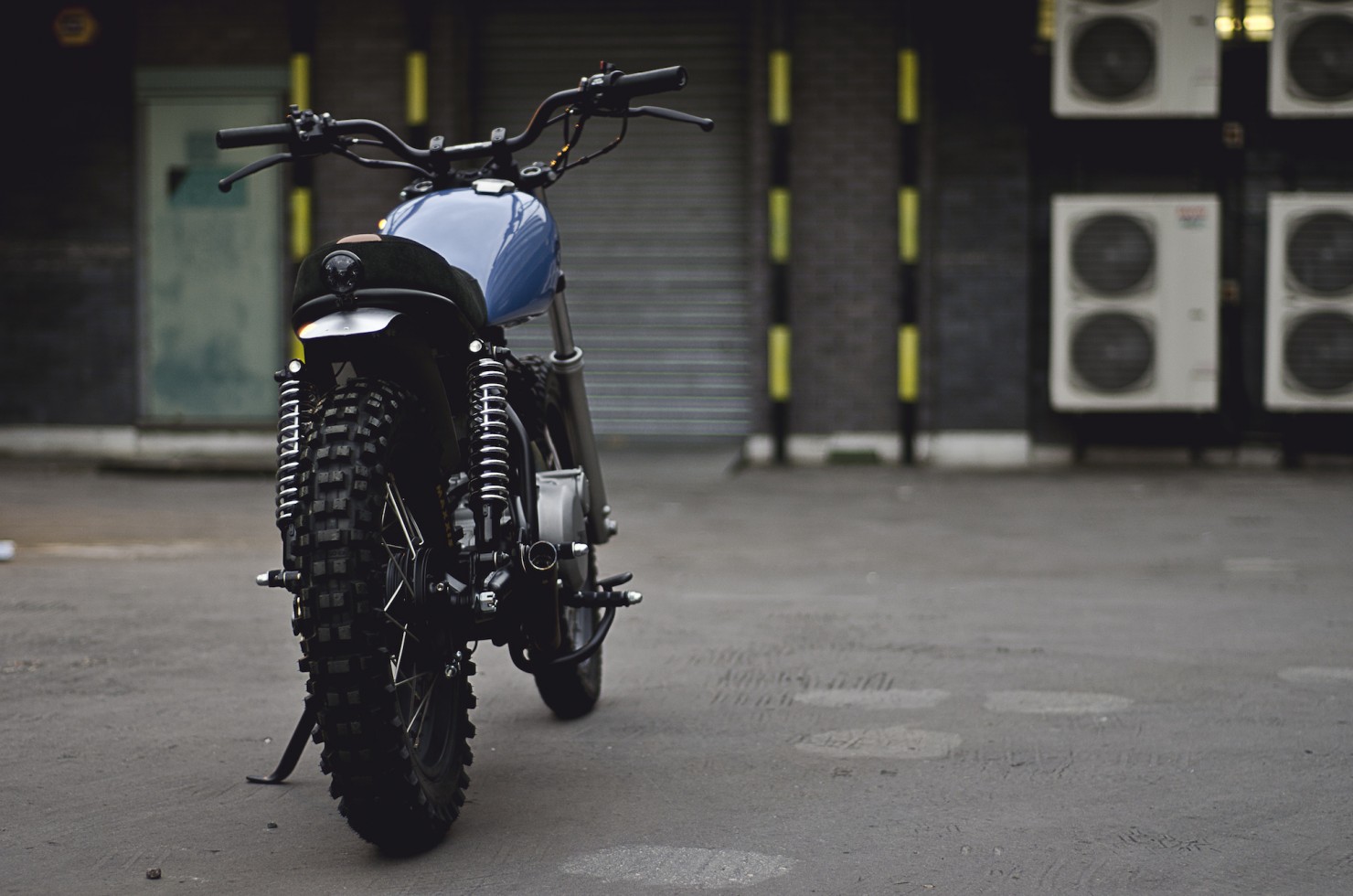 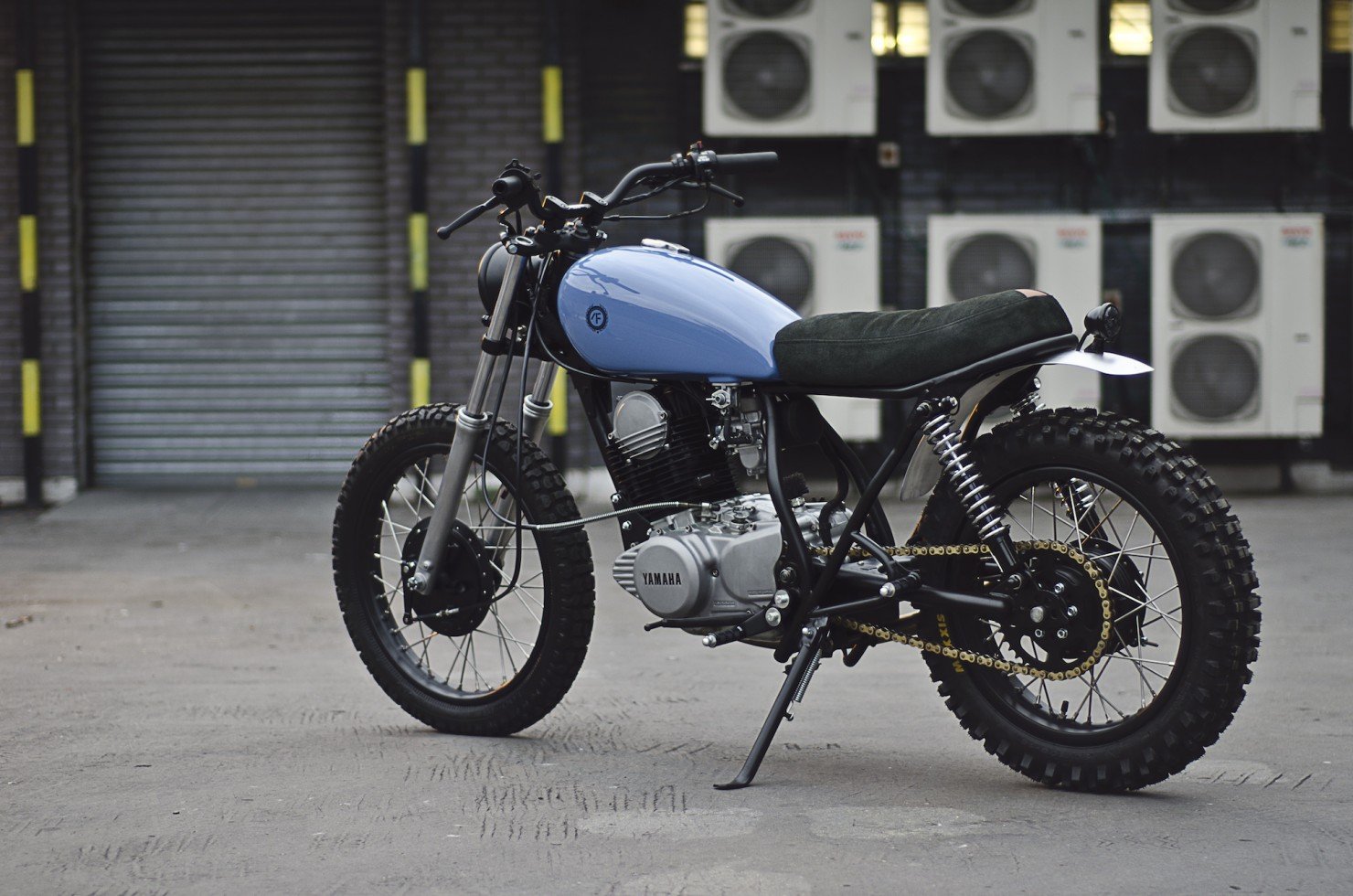 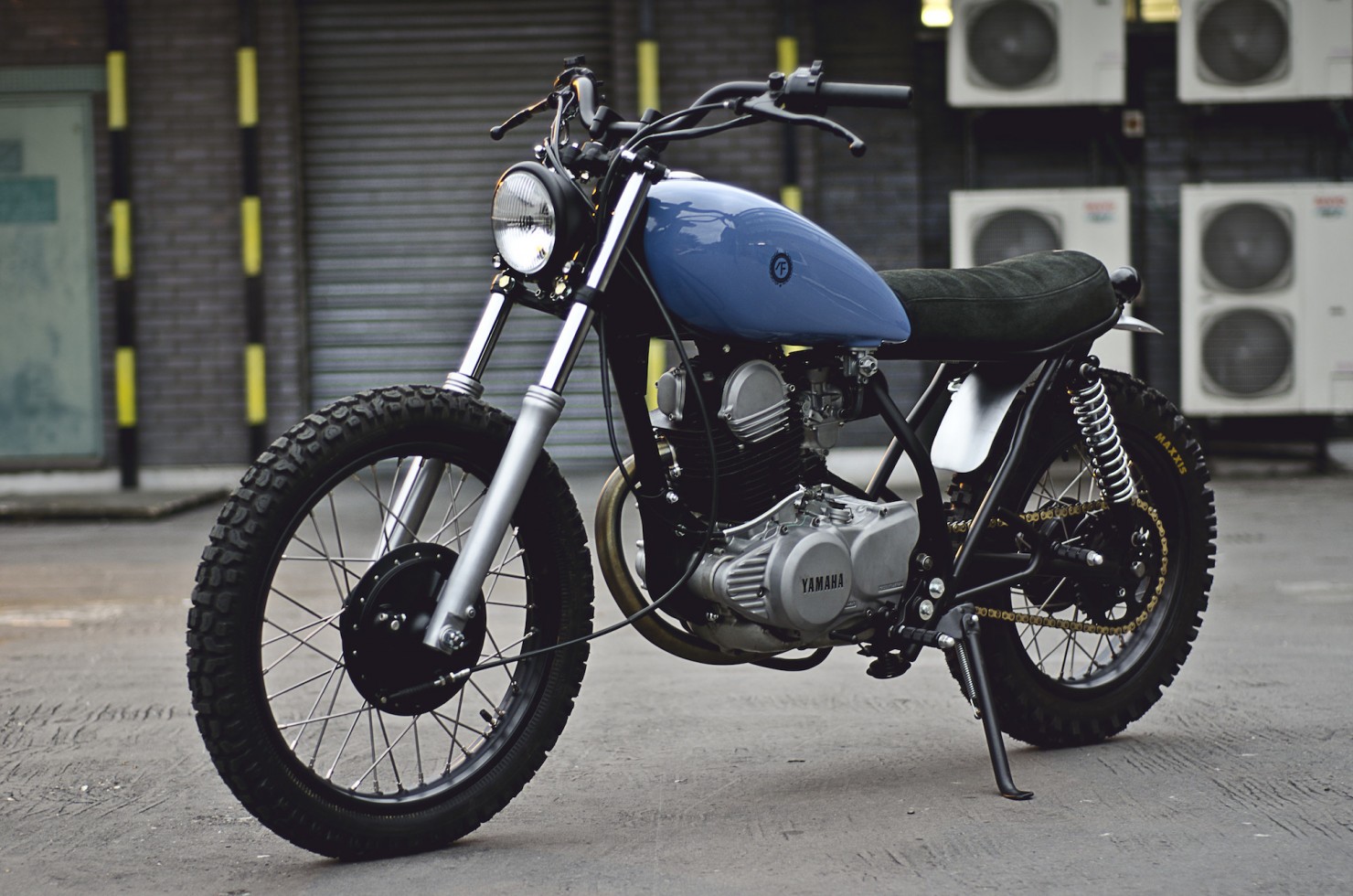 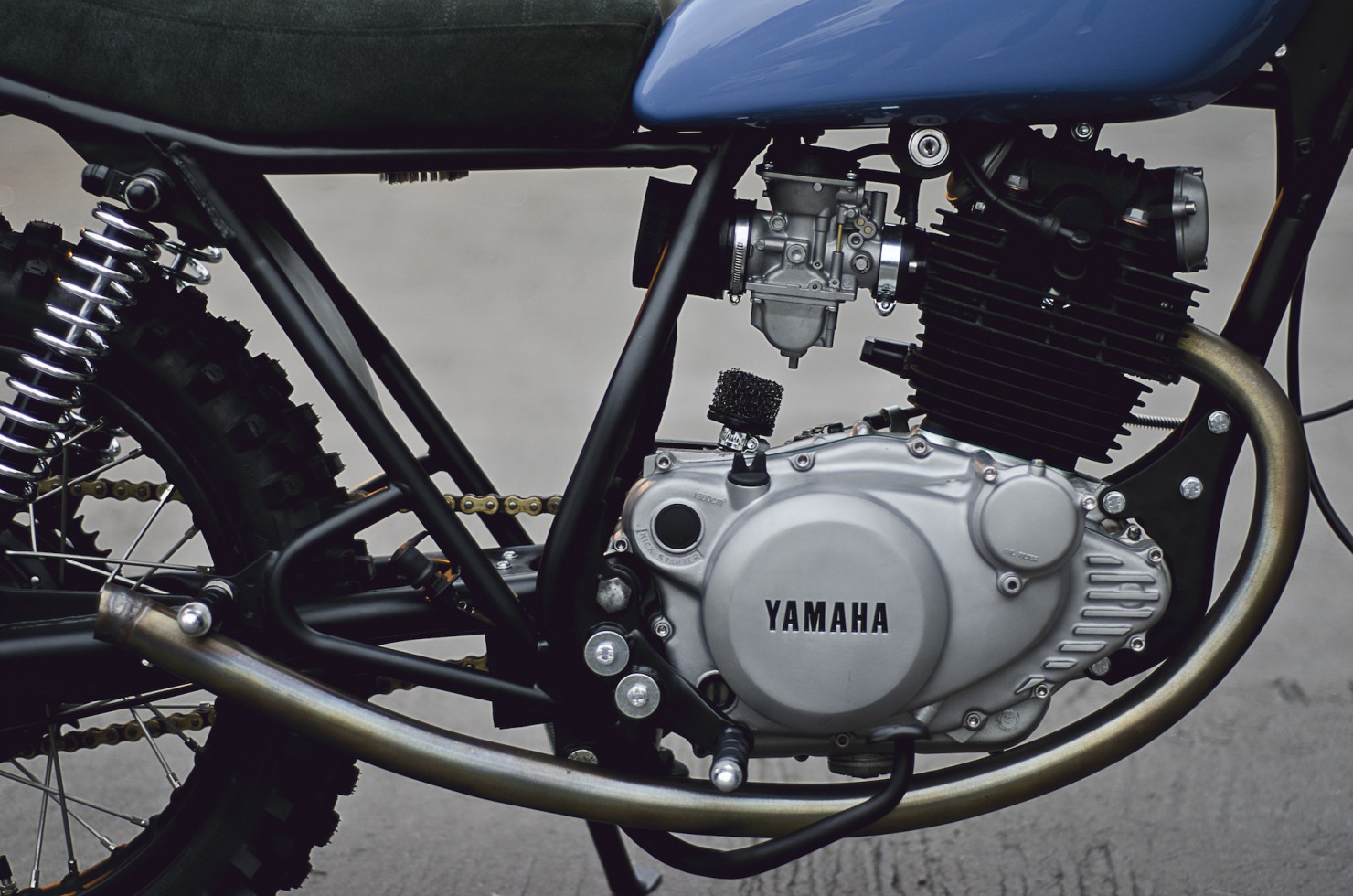 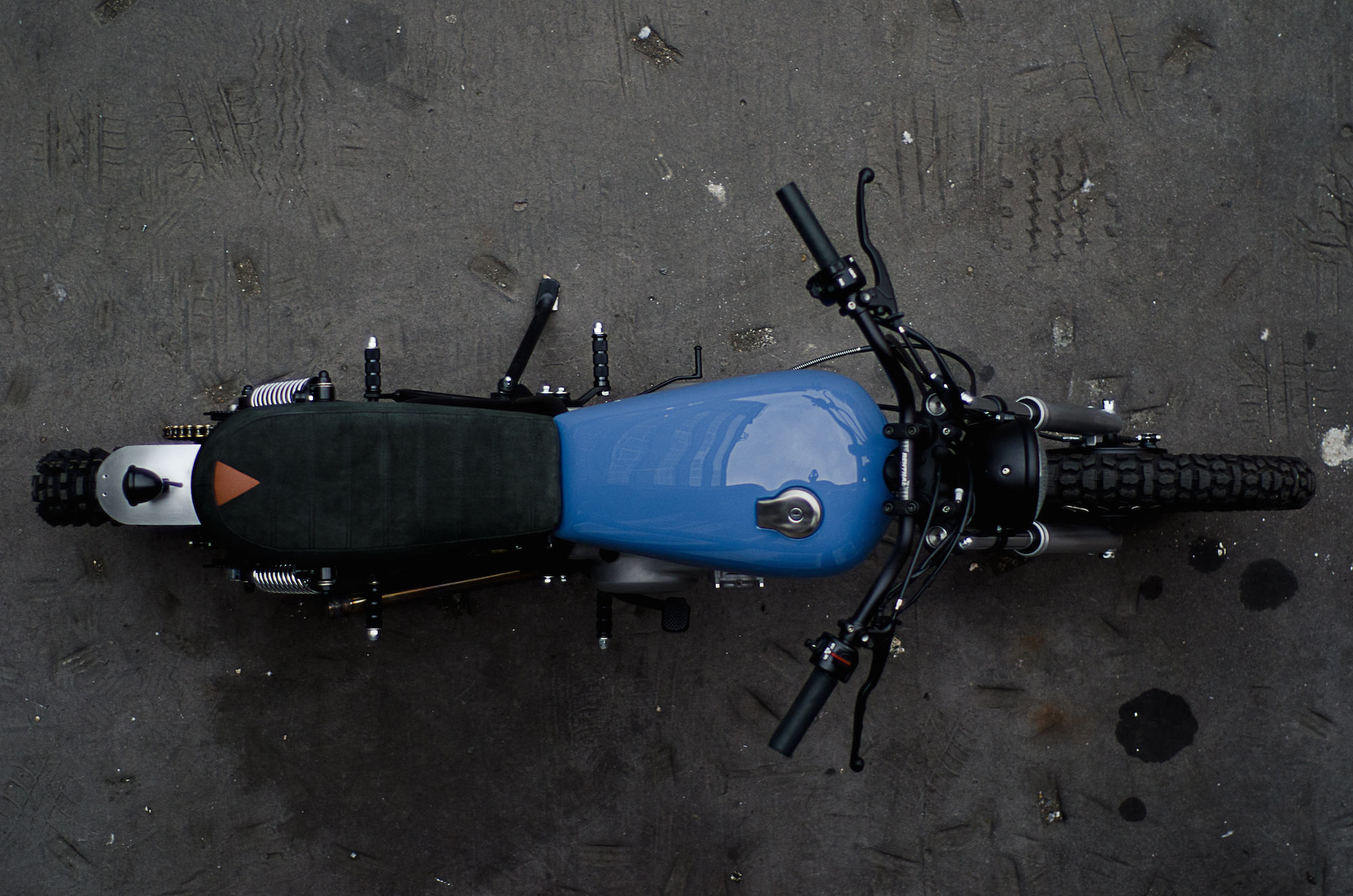