Wonderful World Of Wheels is a film from the 1960s that features an expansive look at automobile culture in the United States. The film runs for almost an hour and includes brief cameos from both Ken Miles and Carroll Shelby, it’s presented by none other than Hollywood superstar Lloyd Bridges who appeared in more than 150 feature films and is the father of actors Jeff Bridges and Beau Bridges.

The film starts off with a feature on famous singer and actor Fabian and his love for go kart racing, from there were get to see acclaimed driver Ken Miles racing slot cars before seeing him behind the wheel of the Shelby Cobra with actor Jim Drury in the passenger seat. 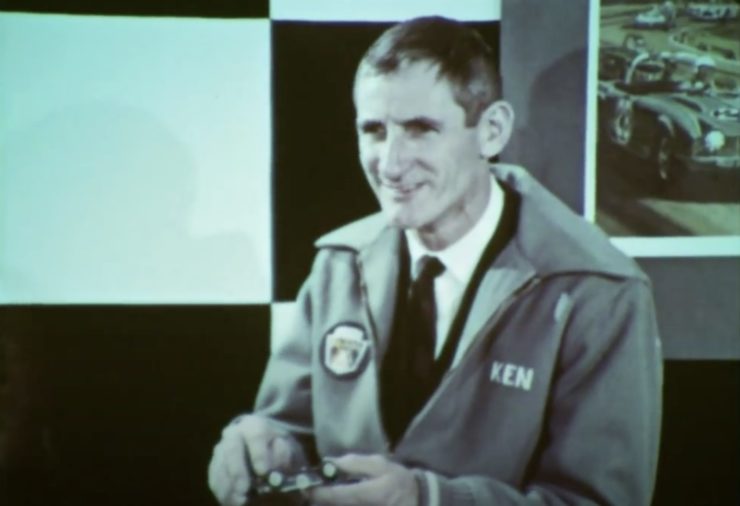 Over the course of the almost one hour running time the film takes a look at sports car racing at Riverside Raceway, a Concours De Elegance event (where you’ll see a Ferrari 250 GT Lusso referred to as “a new machine”), there’s some wonderful due buggy racing footage followed by a look at the Rod and Custom Show featuring cars built by legends George Barris and Big Daddy Roth.

Perhaps the most famous cameo is Sean Connery as James Bond, a series of highlights show 007 in a variety of cars including his famous Aston Martin DB5 where he makes good use of the ejector seat. I won’t give the whole film way here but I will tell you it’s well worth your time, it’s always a treat to look through a window like this into the history of car culture.

This film was made in the period by Petersen Productions, Inc – a company related to the world famous Petersen Automotive Museum in Los Angeles. 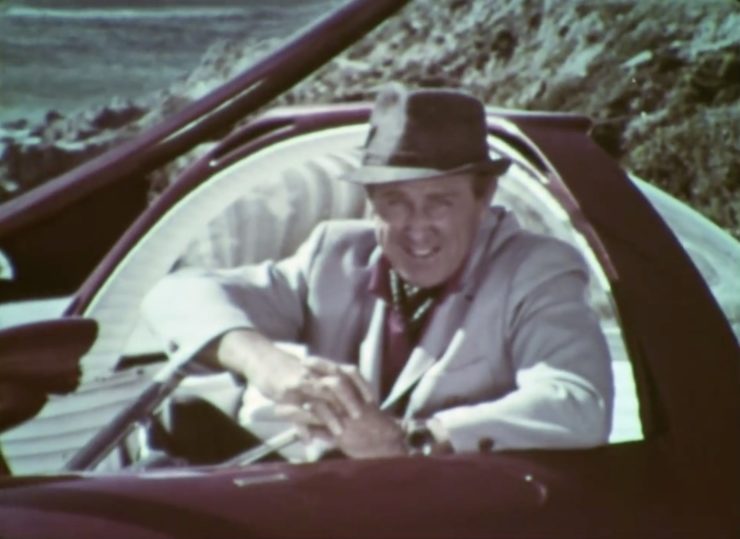 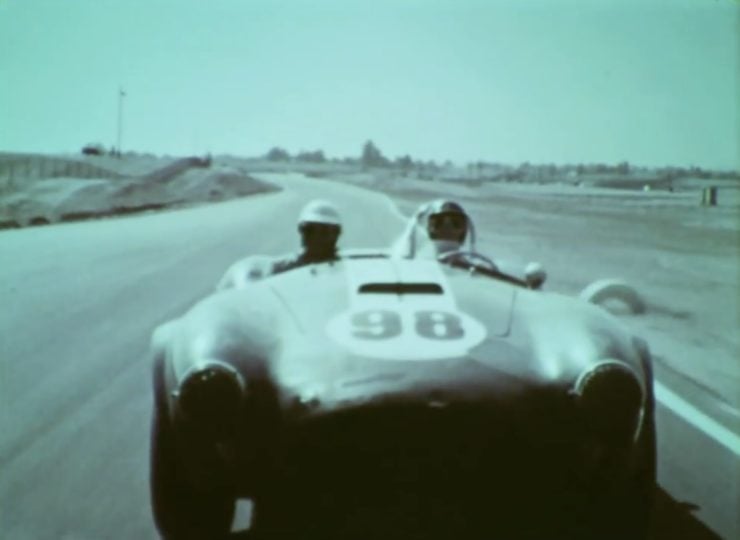 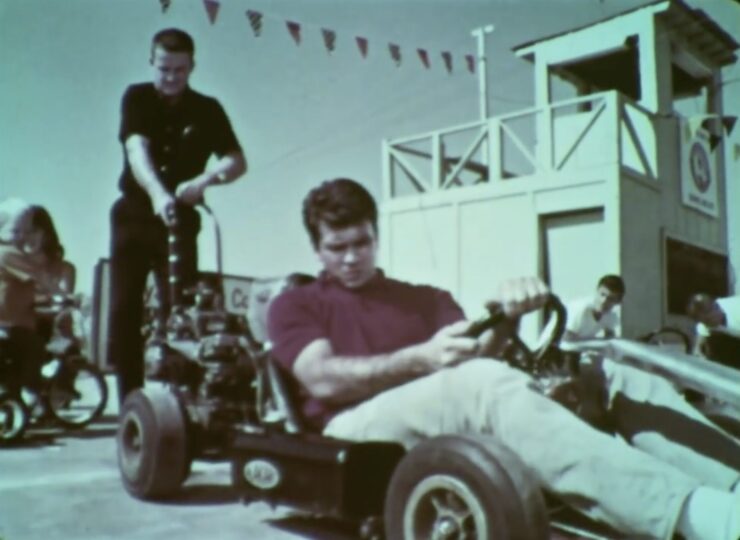 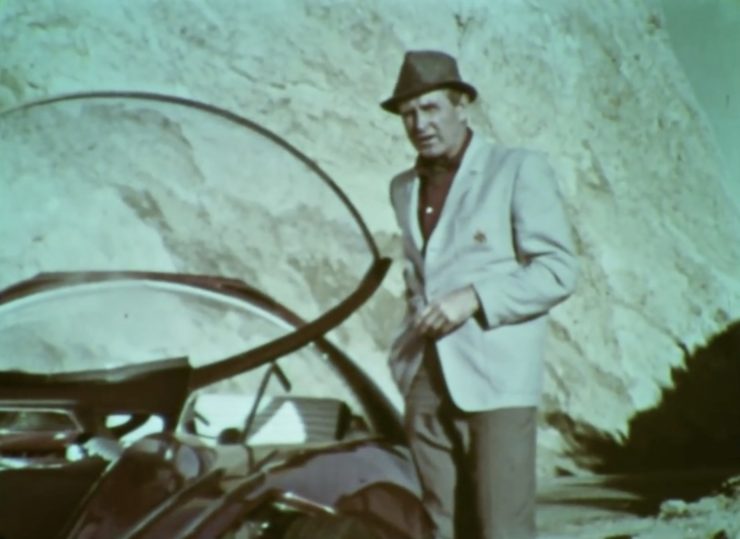 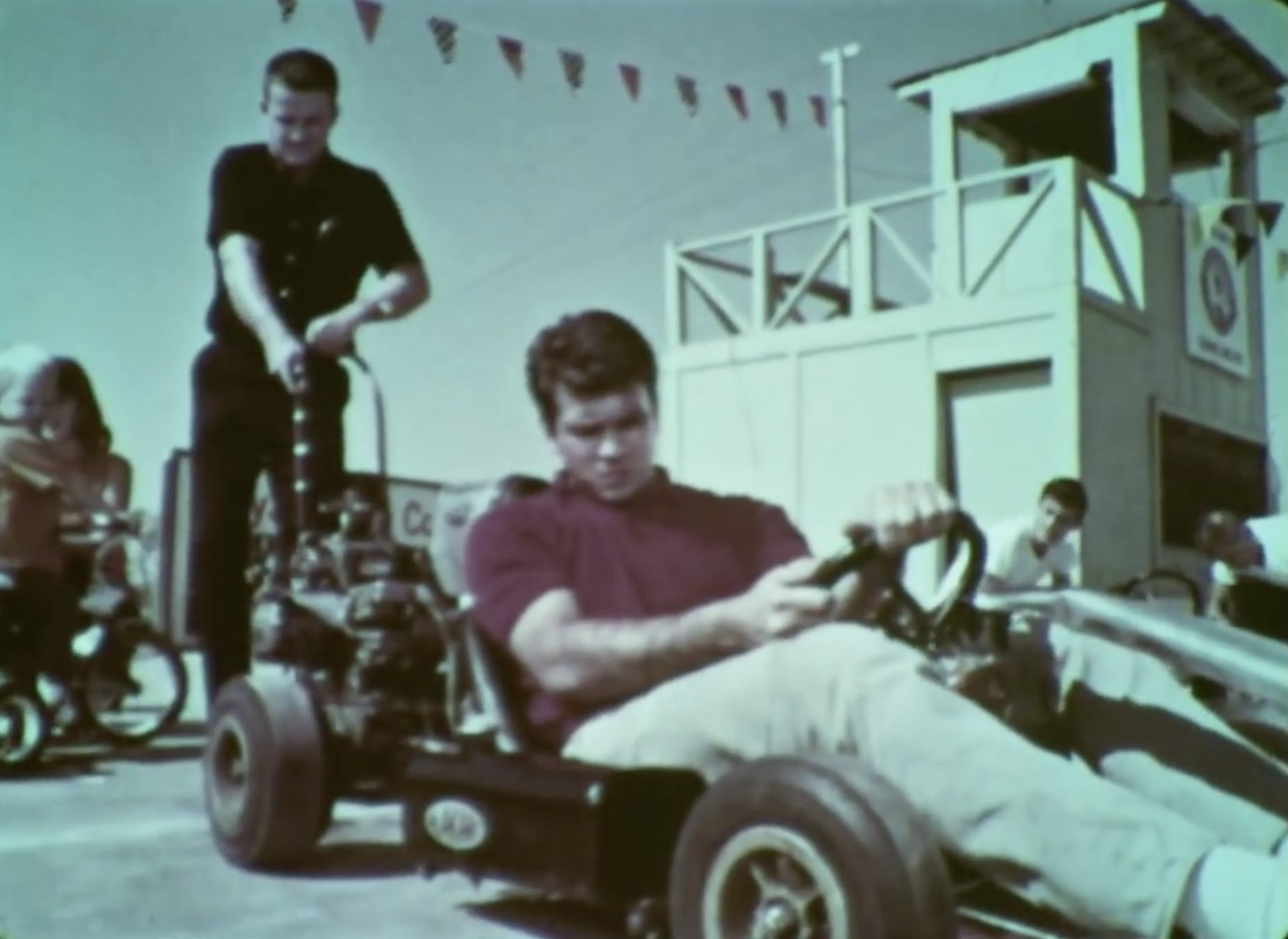