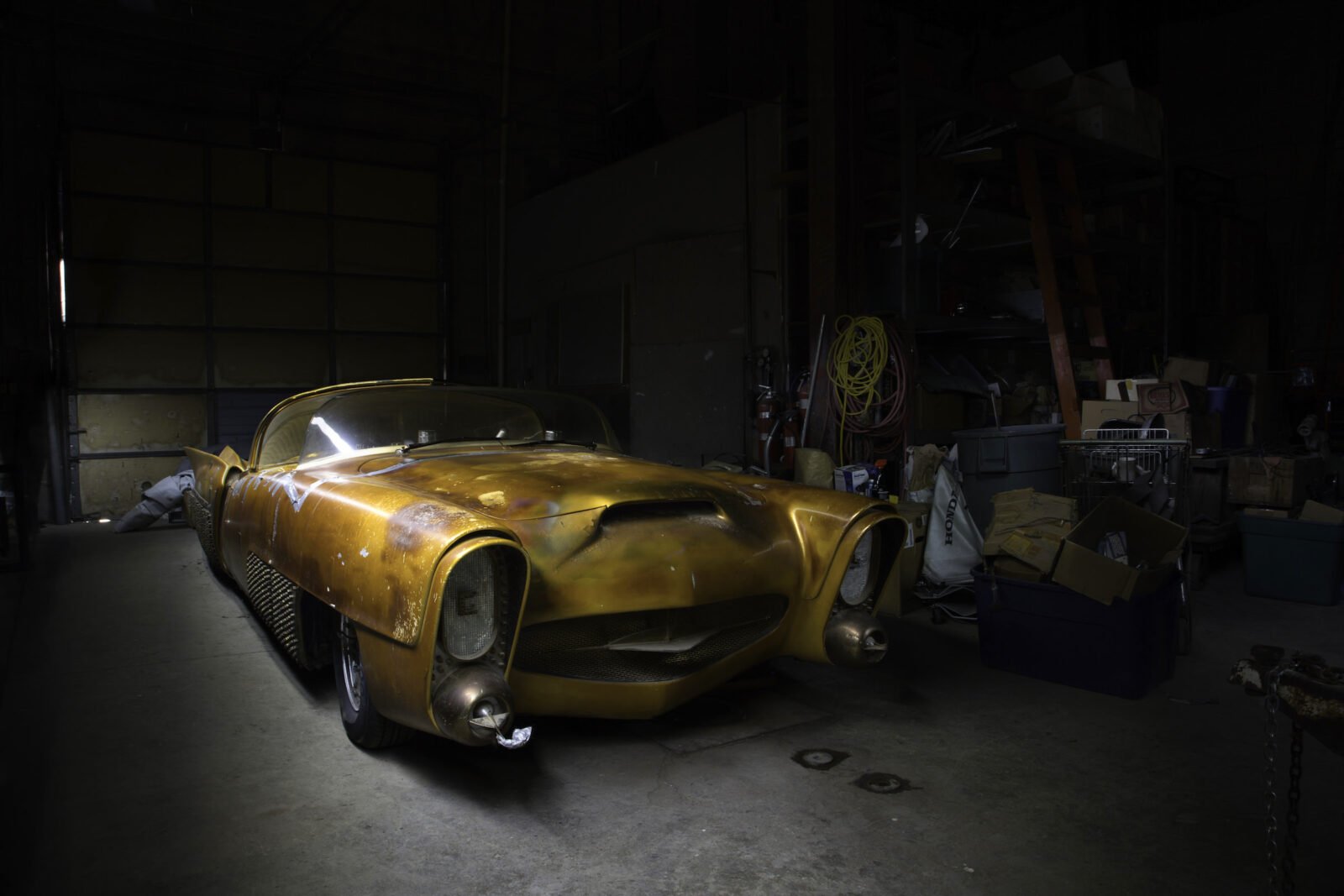 The Golden Sahara II is remembered as one of the most important custom cars of the 1950s – and it only came to be because George Barris and a friend accidentally drove a brand new 1953 Lincoln Capri Hardtop under the back of a hay truck – guillotining the roof off.

Fortunately the two men ducked and kept their heads, but the Lincoln was beyond repair.

Barris recounted the story himself years later in an interview with Jonnie King in his “Hall of Fame Legends” series – “I was towing a guy’s car back because he blew the engine, and we just bumpered it together and back over to Ridge Route—that’s all we had, we didn’t have trailers in those days,” he explained. “Regretfully, we slid under a hay truck with it, and we came out of it alright, but the hay truck bed went over the top and peeled the top off, so the rest of the car was good, but the top was gone.”

George Barris was to become perhaps the most well-known and prolific custom car builders in the United States – including his work designing the first Batmobile in the 1960s. His new and now decapitated car presented a remarkable opportunity to Barris – he had a perfect platform for customization, he just needed someone to foot the bill.

This is where Jim Street comes in, born James Skonzakes, Street agreed to pay for the build, and the two men collaborated to create one of the most significant custom cars of the decade. George and his team, headed by Bill De Carr, set to work on the car once the design was complete. 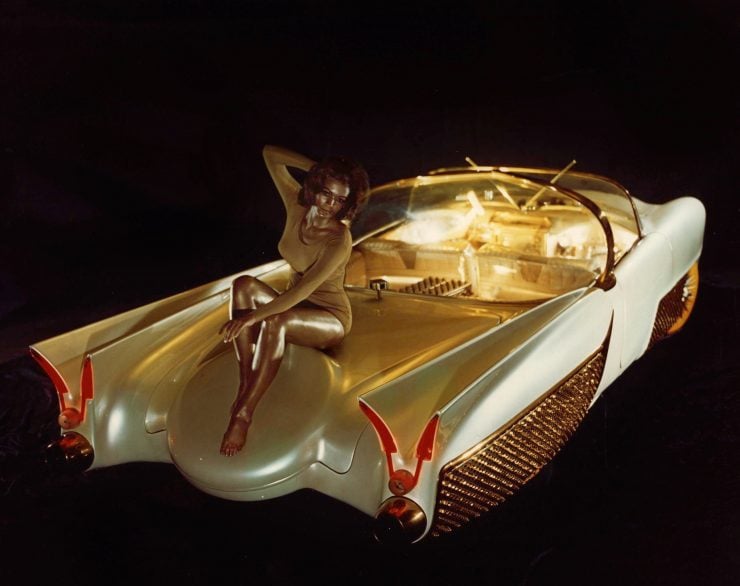 The project outline called for a car that would look like a major manufacturer’s 1950s concept car, with a wraparound windshield and a custom half-bubble top, a gold bullet bumper and gold-anodized panels on the lower section of the rear fenders that also included integrated scoops on their leading edge, Kaiser tail lights, and single tail fins. The resulting aerodynamic design of the reshaped metal body further boasted a stunning two-tone finish of 24-carat gold in place of chrome, and paint that glittered like diamonds.

This paint work was unlike anything anyone had ever seen at the time, it was long before pearlescent paint was in widespread use, to get the effect he wanted Barris turned to one of the most naturally pearlescent materials he knew of – fish scales.

“The one thing I wanted to get, was that I wanted a gold pearl, and there was no pearl in those days,” Barris explained. “That was in the early ‘50s, so where would I go to get gold pearl? You can’t just take white and put gold in it. So Shirley and I went down to the fish market, and I remember fish were very ‘pearlish’ looking. And I had the fish guys turn all the sardines over so their bellies were showing till I found the right belly that had the gold. So we took it and scraped the scales off the belly and put it in a jar and took it back to the shop and mixed it in with a natural cellulose clear lacquer and toner lacquers. And then I based it in a very dull white and then sprayed that over it, and it just came out really pearly gold. The only problem was it was very hard to smell it because it smelled like a fish.”

The interior of the Golden Sahara was built by Barris and Glen Hauser’s Carson Top Shop team, gold and white brocade fabric dressed the seats, padded dash and door panels, and the floor featured plush white mink carpeting. It was equipped with a television in the dash, radio, tape recorder and even a refrigerated cocktail lounge in the rear.

The car made its debut in 1954 at the Petersen Motorama held at the Pan Pacific Auditorium in Los Angeles, it was displayed on a turntable so attendees would get a full 360º view of the car no matter where they were standing. After this, the car would tour the USA being displayed at various shows and dealerships – the latter would pay handsomely to have the car on show as it would attract large crowds – some of whom bought cars while they were there. 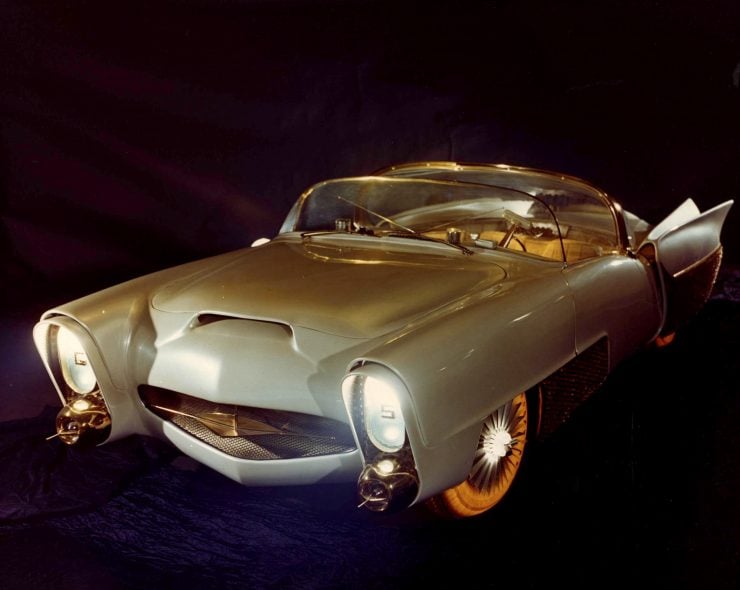 The overwhelmingly positive reception that the Golden Sahara received convinced Jim Street that an even more outlandish version was warranted, so he sent the now famous Golden Sahara to the Delphos Machine and Tool shop out of Dayton, Ohio, to take the car to the next level.

Bob Metz and his team set to work rebuilding the car, they altered the windshield and roof, added stacked quad headlights with frosted covers bearing “G” and “S” initials, added further gold plating, and the car was fitted with new twin-V tail fins and new bumperettes.

Jim Rote was brought onboard to design a complex new electronic control system for the car including standard steering and a centered uni-control lever (like in an aircraft) that could also regulate acceleration and braking. A remarkably prescient automatic braking system was invented by Rote that used antennas as sensors to “look” ahead for objects in the car’s path and apply the brakes to avoid accidents. The wheels were made with glass “hubcaps” that could illuminate and act as turn signals, and the tires themselves were developed by Goodyear to contain internal illumination – allowing them to glow.

This bespoke electronic control system included a rudimentary voice control system and a remote that could open the doors, start and stop the engine, and cause the car to accelerate and brake. This was all in the mid-1950s, and it effectively categorized the car as self-driving or semi-autonomous, with no need for a driver.

That said, the system was very much in the alpha stage of development, and you wouldn’t want anyone trusting it with their life for obvious reasons.

When the new Golden Sahara II hit the show circuit it was even more popular than its forbear – a car that could drive itself and respond to voice commands was decades ahead of its time in the ’50s. The total cost of the Sahara was said to be over $75,000 USD – enough to buy multiple houses at the time.

In the 1960s, Jim Street withdrew the car from the show circuit with no explanation and it essentially disappeared. No one knew what had happened to it, some theorized that it had been destroyed, and some hoped it had just been tucked away somewhere on Street’s estate. Fortunately the latter theory was correct – the Golden Sahara II had indeed been stored on under a tarp for decades, almost 50 years in fact.

For the first time since it disappeared, the Golden Sahara II will be on public view at the Mecum Original Spring Classic Auction in mid-May. It will also be up for public auction, allowing (hopefully) a suitably skilled team to acquire it, and bring it back to its former glory. 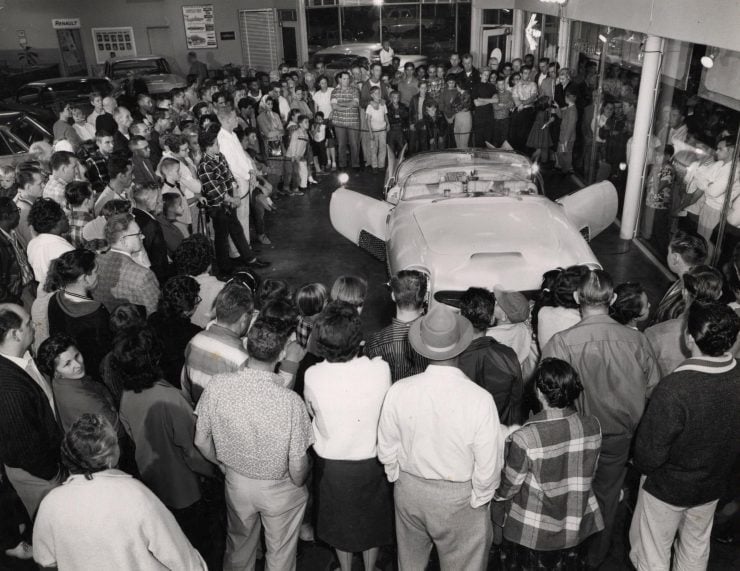 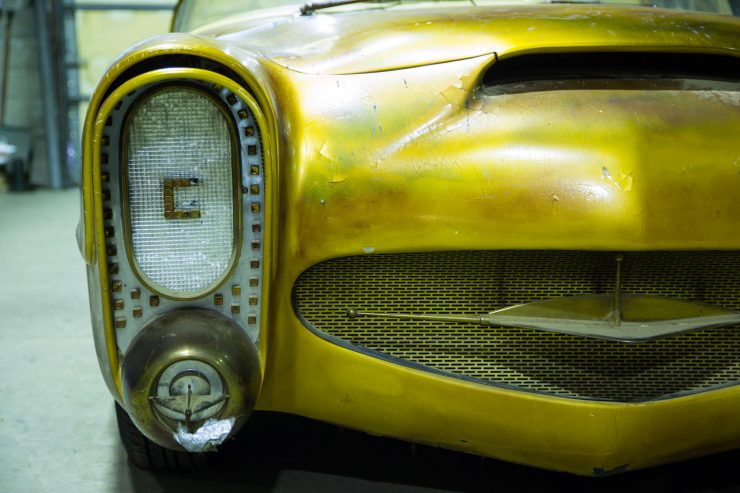 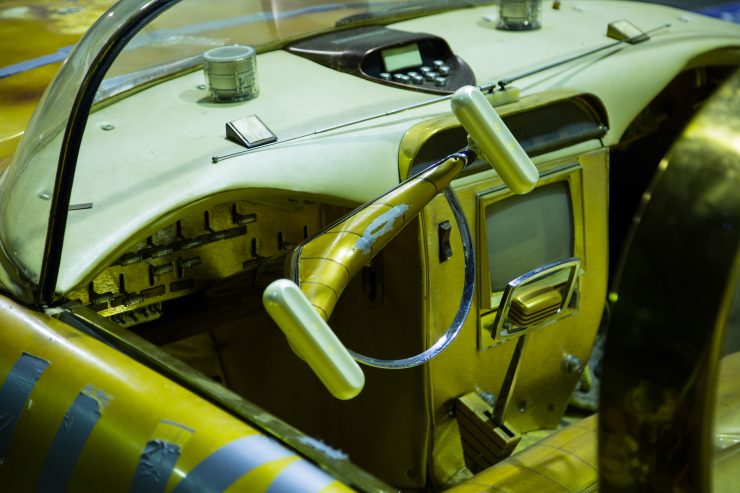 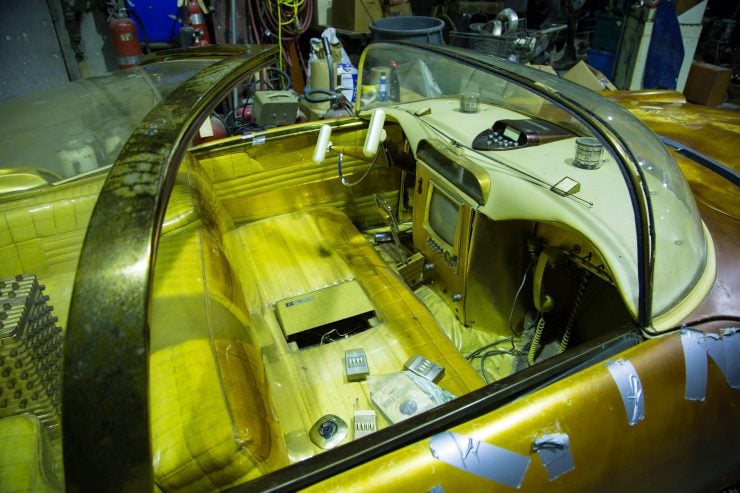 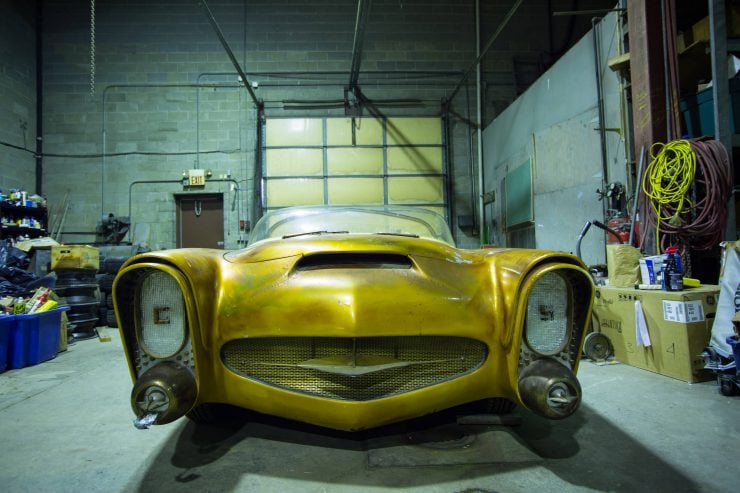 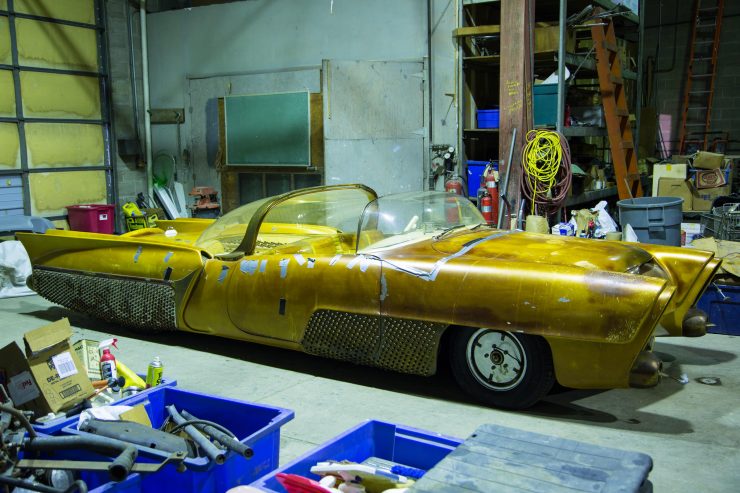 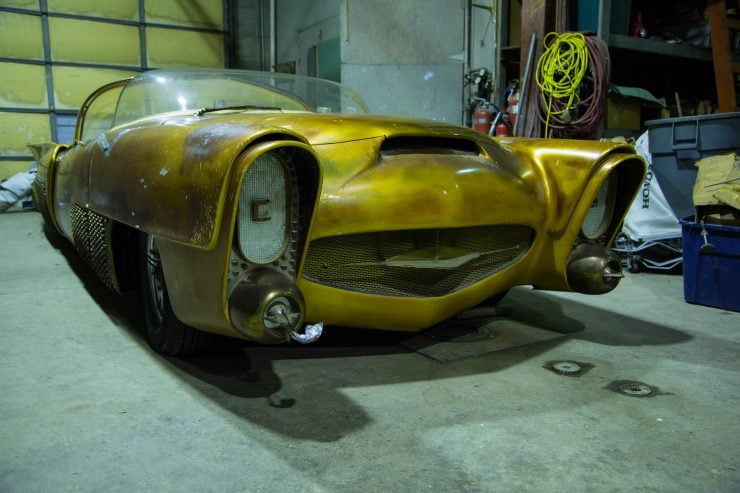 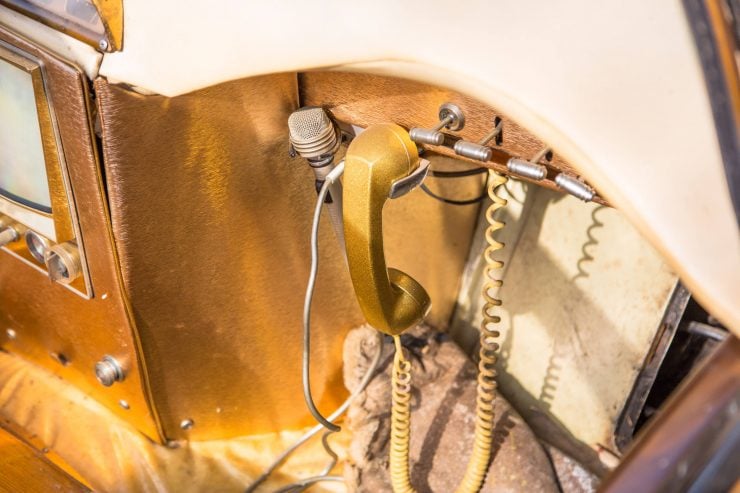 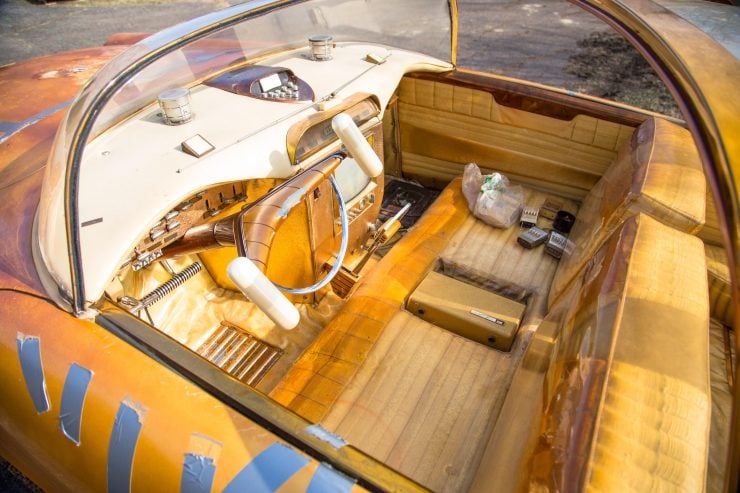 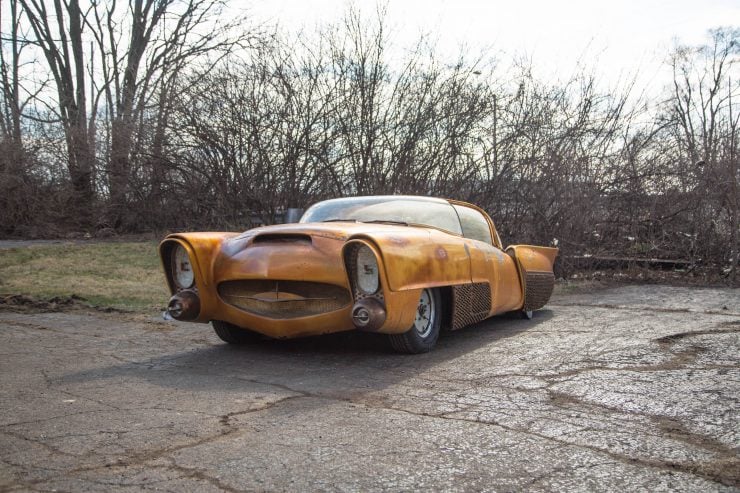 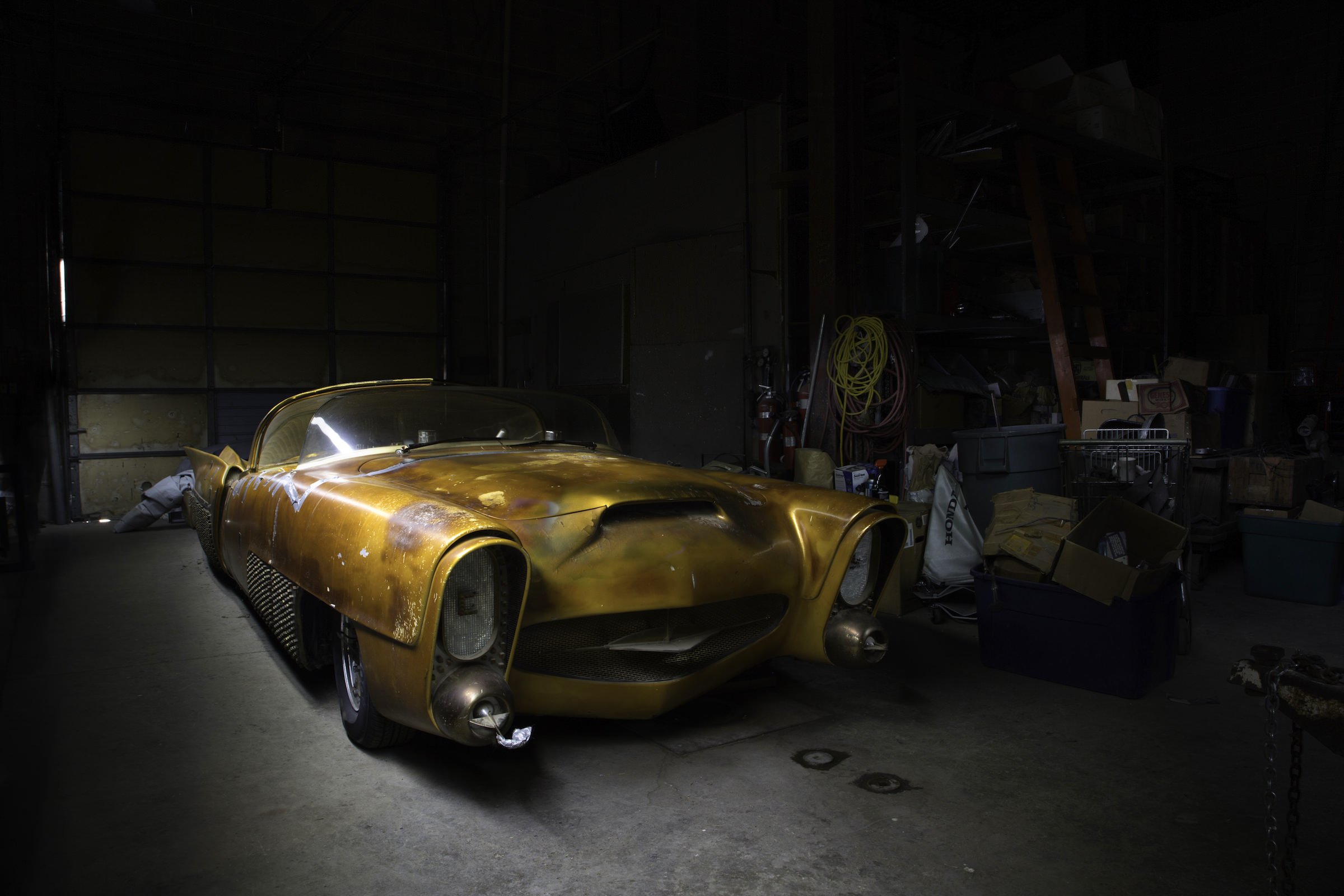