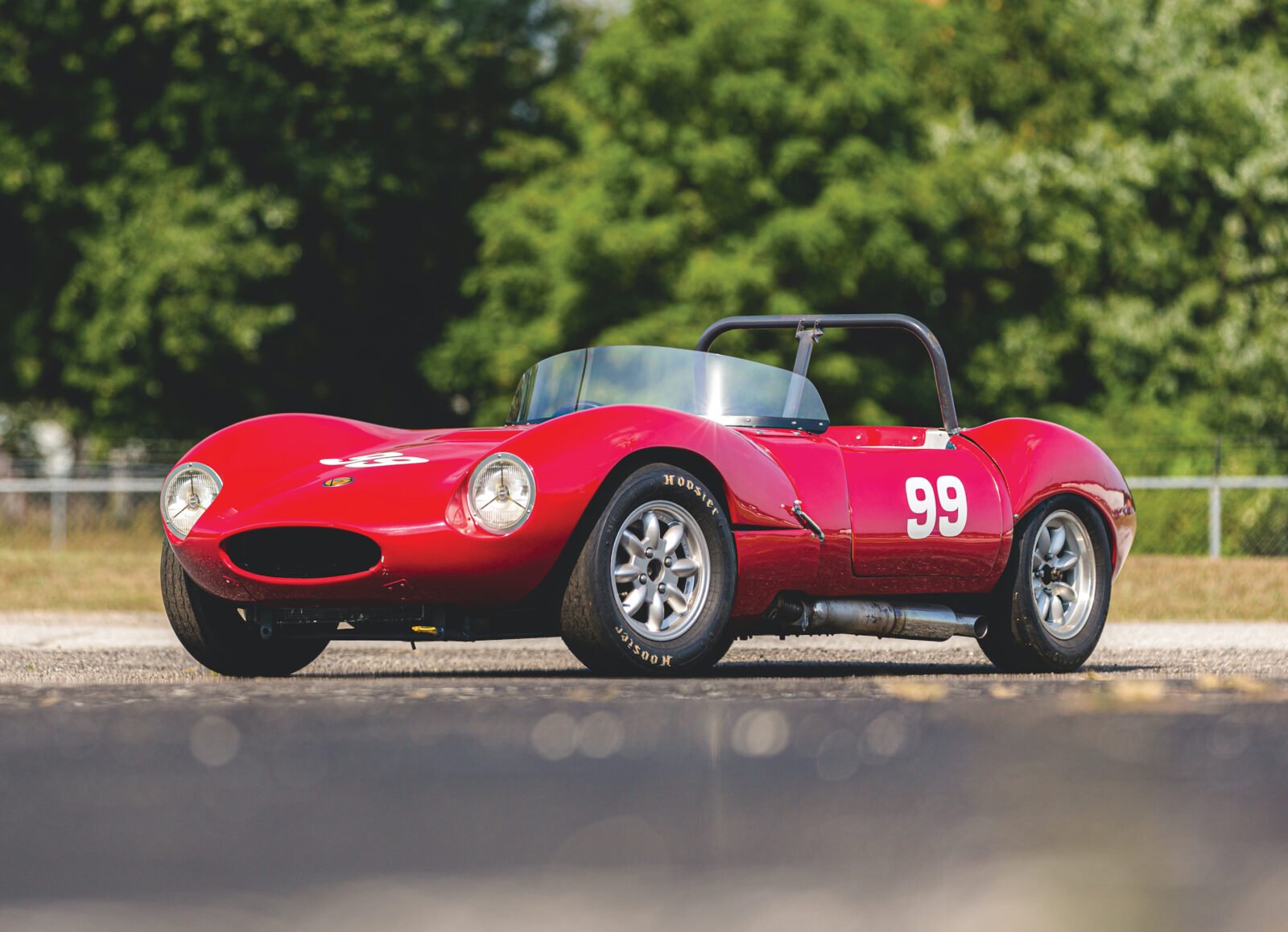 The Ginetta G4 is one of the most successful models produced by the plucky little British carmaker. Outside the borders of the United Kingdom few have heard of Ginetta however given their decades of history and long list of race wins they’re undoubtably one of the sports car world’s best kept secrets.

Ginetta and the G4 Giant Killer

Ginetta was founded by four brothers: Bob, Ivor, Trevers, and Douglas Walklett, in 1958 to build road-going race cars. Their first creation was a true garage special that didn’t survive long due to Ivor having an unfortunate encounter with a tree stump while driving it. This car would be retroactively called the Ginetta G1, it was soon followed by the Ginetta G2 – a car somewhat based on the clubman/Lotus 7 style lightweight sports car.

By the early 1960s the Ginetta company has established a good name for itself, the brothers had real engineering capabilities and Ivor was a remarkably talented designer. The Ginetta G3 was their first full-fendered vehicle and by 1960 the Walklett brothers launched what would become one of their most enduring and successful models – the Ginetta G4.

The Brits have always been good at building race cars, in fact they’re one of the most successful nations in the world at motor racing and to this day most of the world’s Formula 1 teams are based there – even Mercedes.

What the Brits are really, really good at is building small, lightweight sports cars. When we talk about lightweight British sports cars most people’s minds turn to thinking of Lotus, MG, Sunbeam, or Triumph, but there have been countless others that deserve a mention, one of them being Ginetta.

The Ginetta G4 was designed with a fibreglass body on a rigid tubular steel spaceframe that had its central body section bonded into place. The nose of the car flips forward to provide excellent access to the engine bay, front suspension is by double A-arms with coil springs, and rear suspension comprised of a more traditional live axle with trailing arms, coils, and an A-frame. Later versions of the G4 would be fitted with an independent rear end, and the original round tube spaceframe would be replaced with a square tube spaceframe.

A variety of engines could be fitted to the G4, it was sold as either a turnkey vehicle or as a kit car, so many owners experimented with different engines however the first cars were fitted with a 1 litre Ford 4-cylinder (pre-crossflow). The most desirable engine is widely considered to the the Lotus Twin-Cam unit, and original G4s carrying this engine tend to fetch a significant price premium. 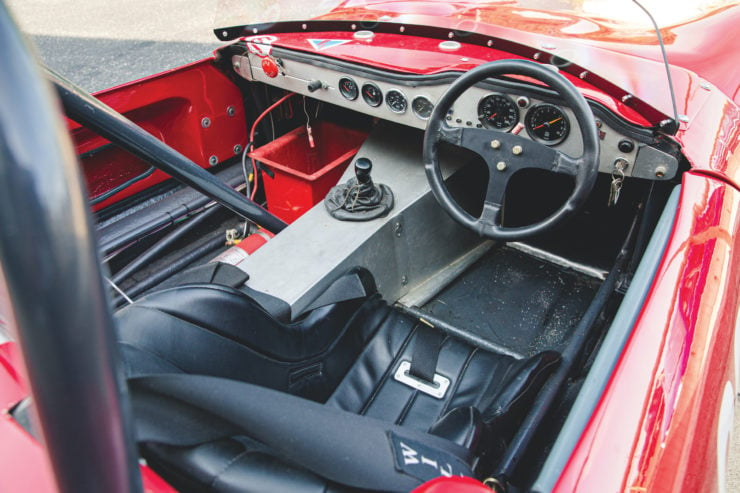 Ginetta kept the G4 in production from 1960 until 1968 however it was revived due to popular interest in 1981 with a modified version. Even today it’s possible to buy a brand new officially licensed Ginetta G4 built by a company called Dare in the UK. Ginetta are still in business today, they build a number of modern sports cars, they run their one championships, and they have a driver development programme.

The beautiful red Ginetta G4 you see here is one of the nicest vintage examples we’ve seen in recent memory, it’s fitted with a Kent Crossflow four-cylinder engine with dual Dellorto carburettors. A racing roll bar and fuel cell have been installed, and it’s running on Minilite wheels – the only correct choice for a car like this.

RM Sotheby’s will be offering this red G4 with no reserve, if you’d like to read more about it or register to bid you can click here to visit the listing. 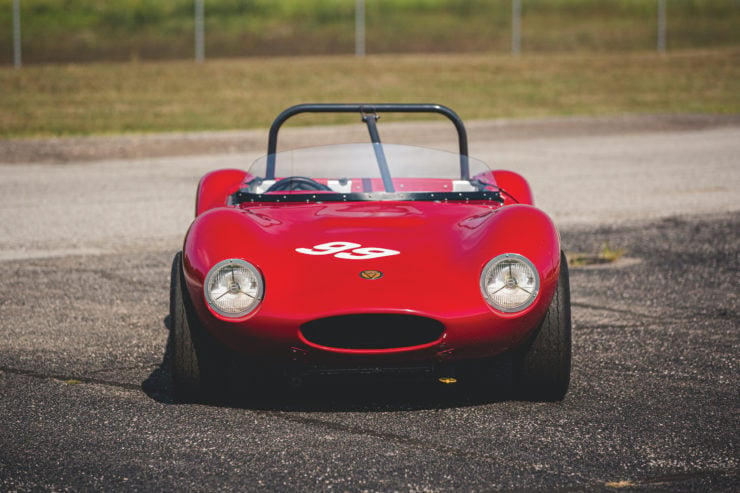 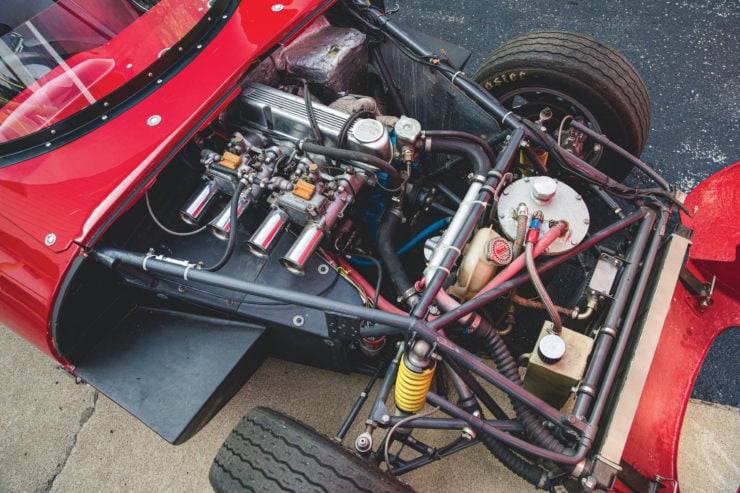 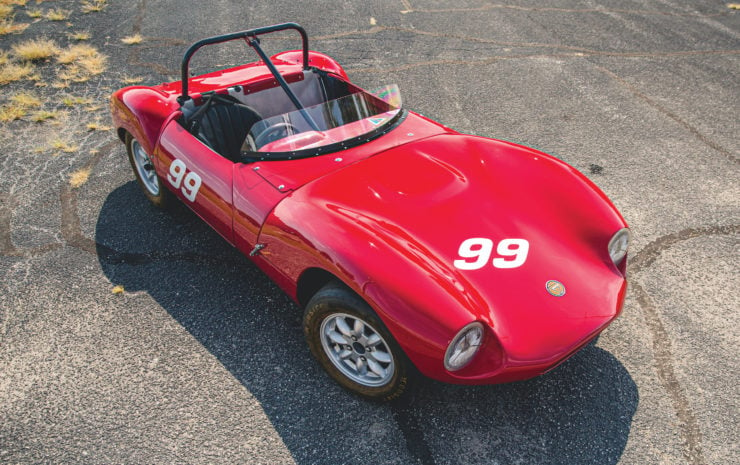 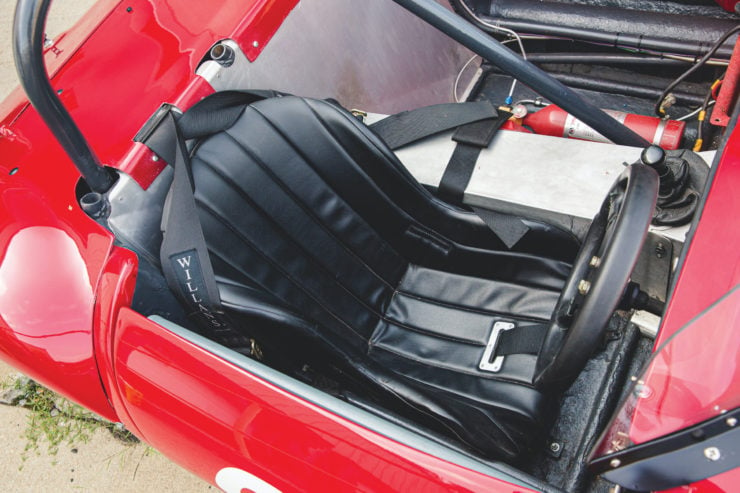 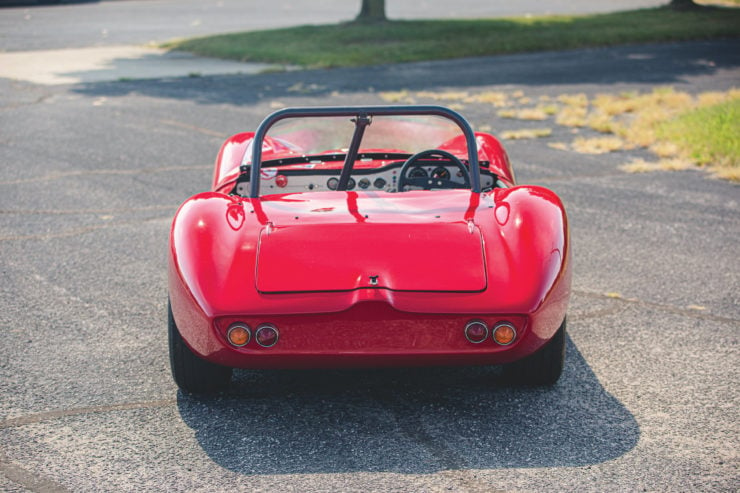 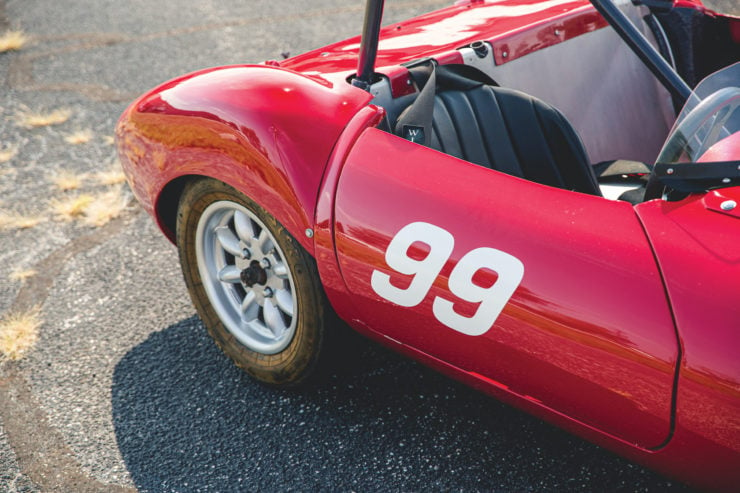 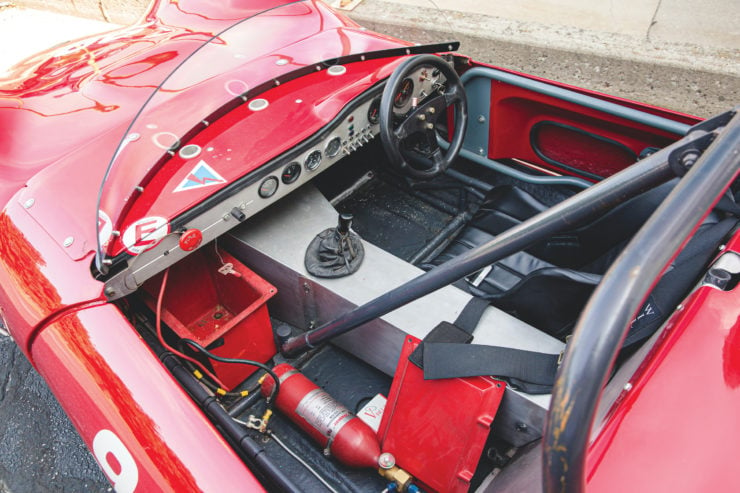 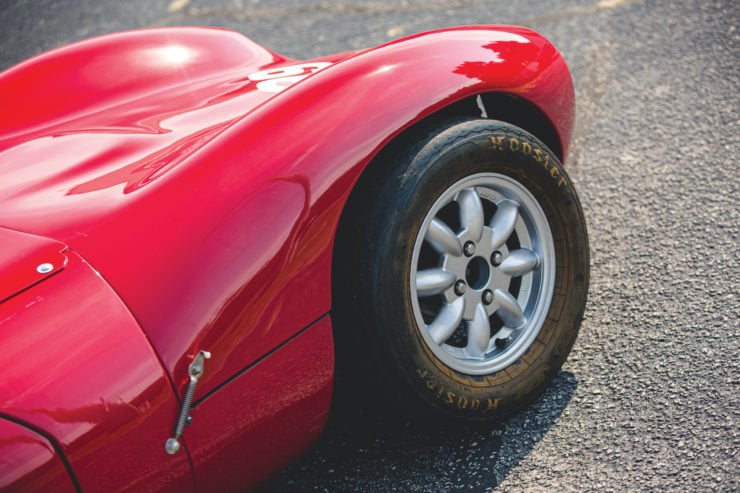 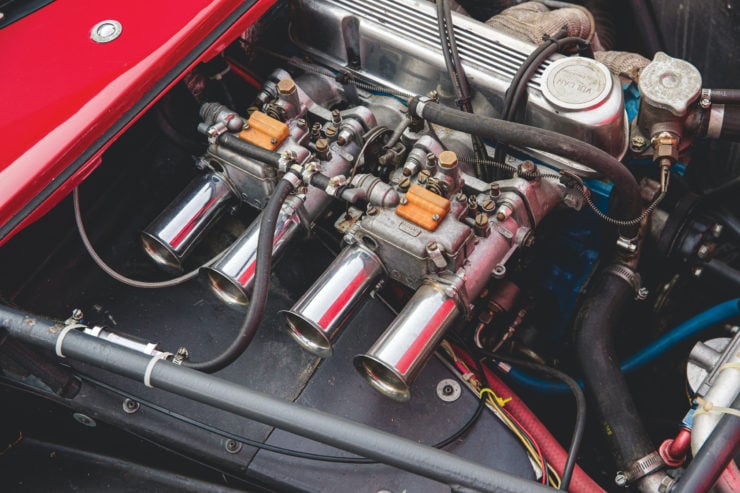 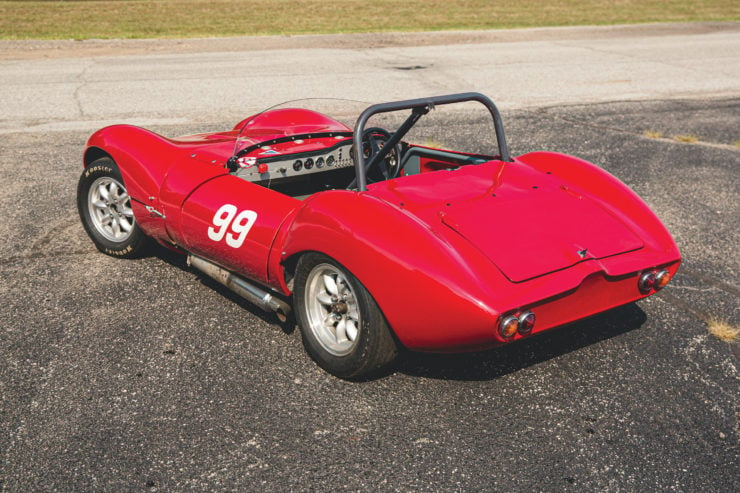 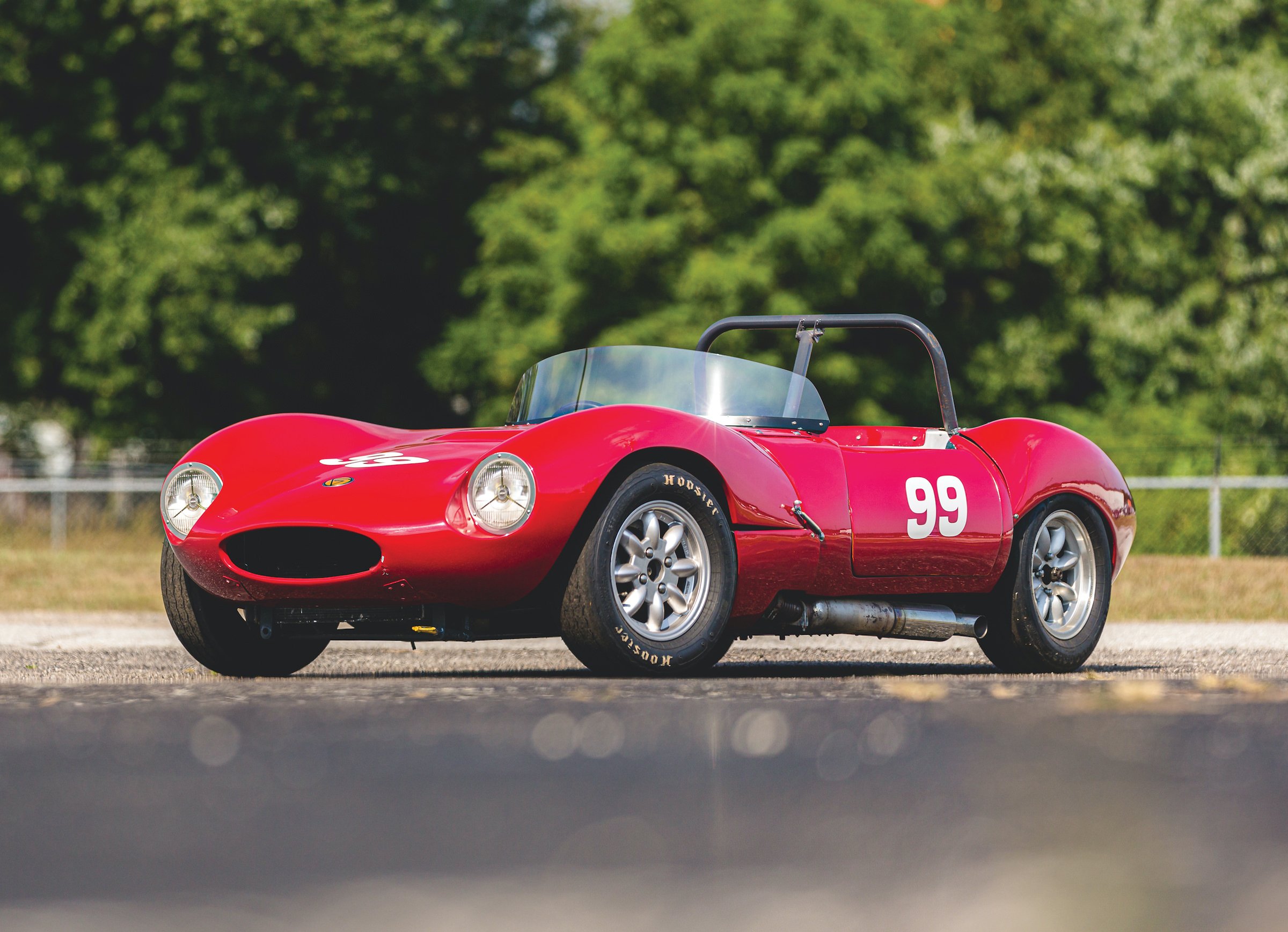 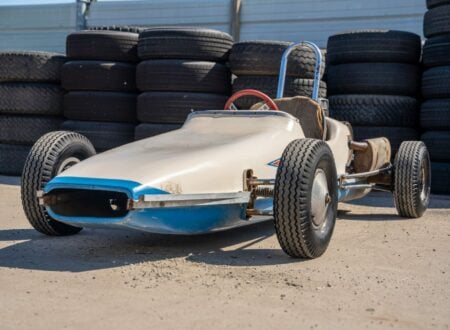 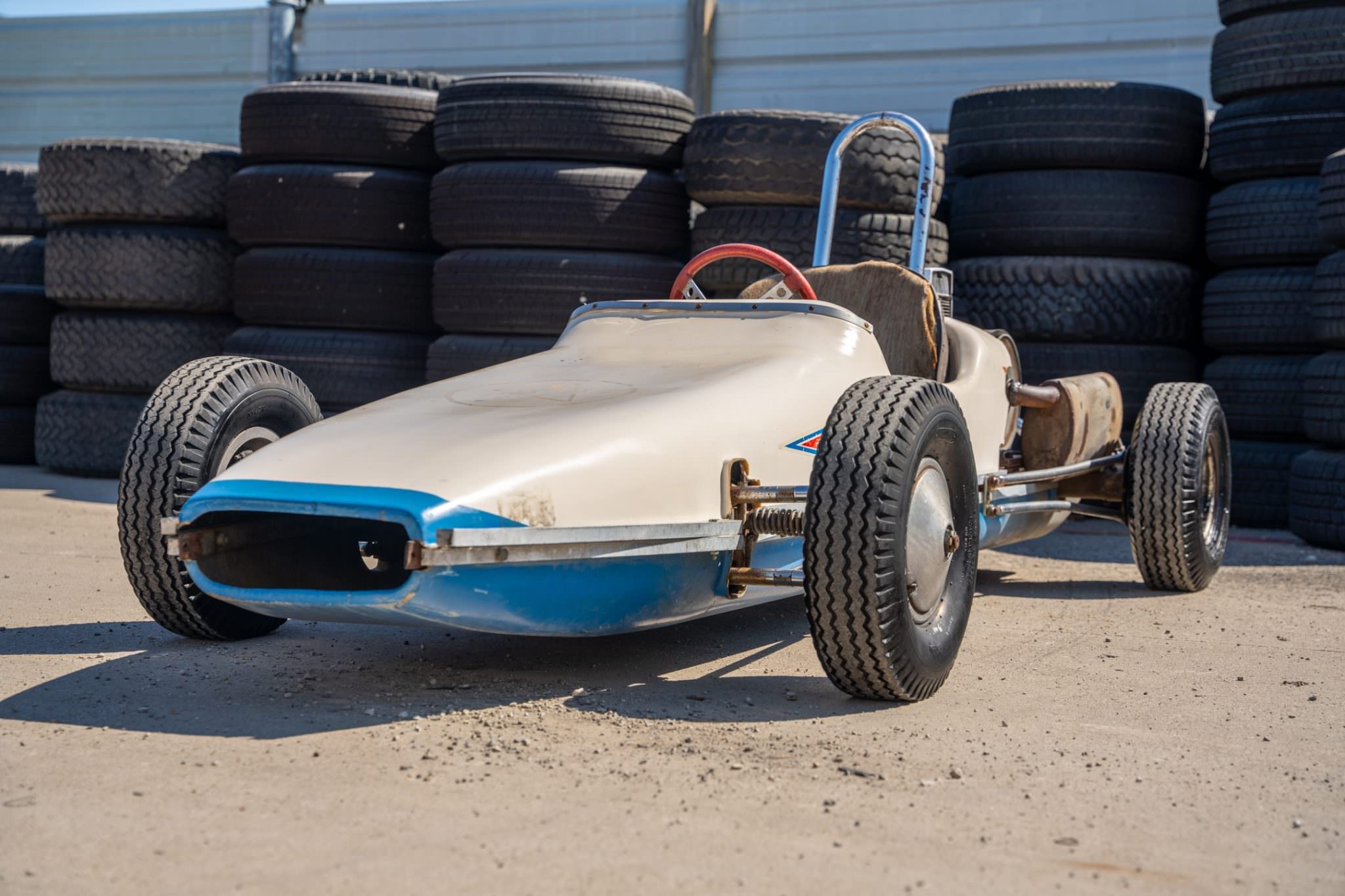