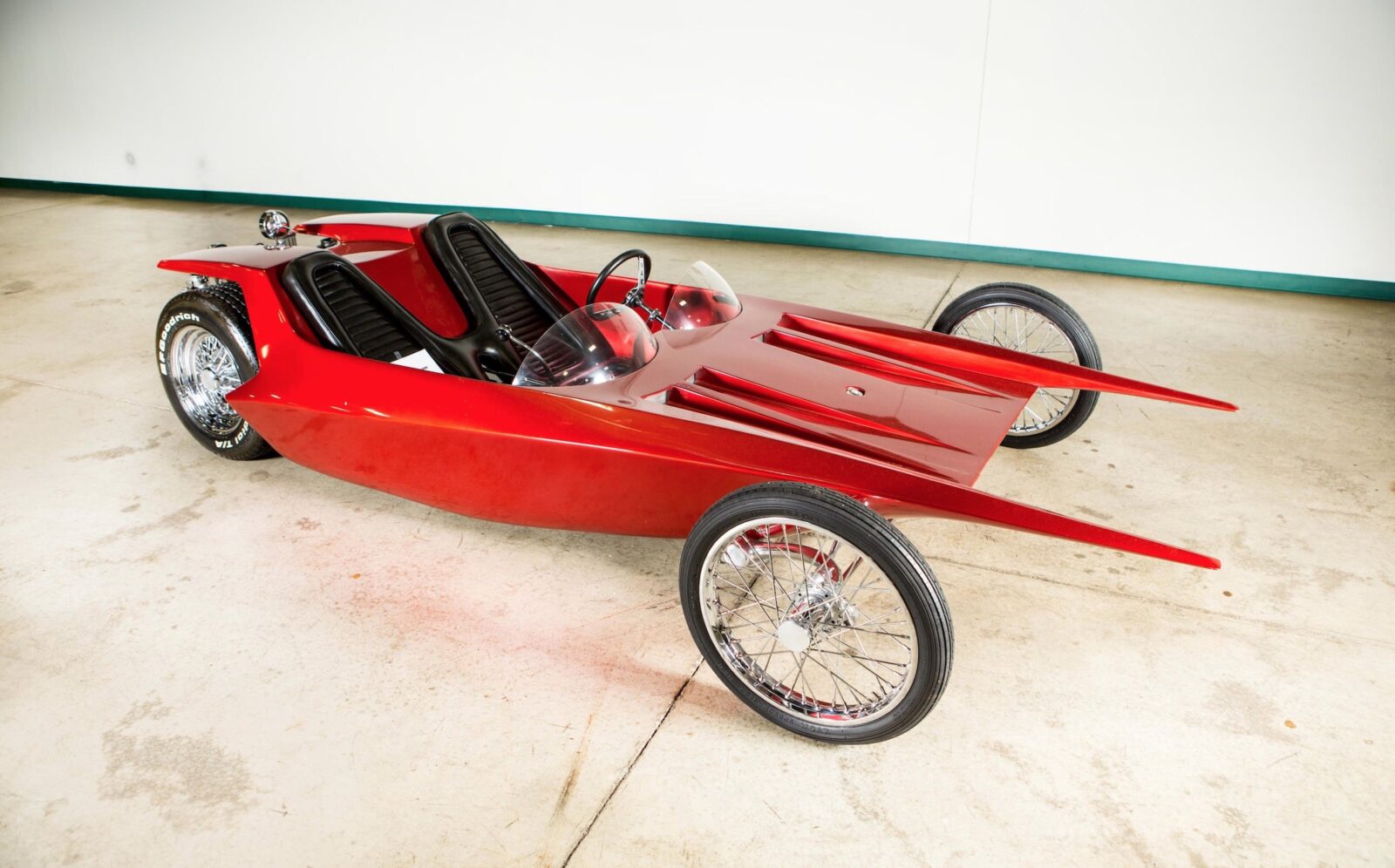 The Wishbone is a custom car built by Ed “Big Daddy” Roth in 1967, it proved to be a disaster for him and his company, he became so incensed with the car he had it cut up and thrown away – forever removing the car from the face of the Earth.

Or so he thought.

The problem with the Wishbone was that its delicate front wheels and suspension was too fine for model maker Revell to recreate at a small scale, Revell had an agreement with Roth to sell models of his creations and pay him a commission.

As they couldn’t sell a model of the Wishbone it proved a costly issue for Roth, with no way to recoup his considerable investment the mere sight of the car frustrated him, so his solution of chopping it up and discarding it was more of a catharsis than a carefully considered business decision.

It was a short-lived catharsis however, Dirty Doug, one of Roth’s employees requested to keep the parts of the dismembered Wishbone and Roth acquiesced under one condition – that the car never be reassembled.

Doug did keep his word, he never reassembled the car. But he did trade the complete pile of parts to an acquaintance in Bell, California for what Roth would later describe as “something silly” in return. This new owner had made no agreement with Roth and so he pieced the car together again and returned it to its former glory.

The first Ed Roth heard of this is when the Wishbone began appearing at custom car shows in California. The new owner was paid by organisers to bring an authentic Ed Roth creation to the show to help sell tickets, this of course meant that some other person was making money on a car that Roth had lost a packet of his own cash on.

Incensed anew, Roth hired lawyers and (allegedly) made a threat of two of his own, eventually the car left the show circuit and took up residence in a museum.

The Wishbone is actually quite an interesting car, it’s possible that it was in someway influenced by the work of Bruce Meyers and his Meyers Manx, otherwise known as the quintessential beach buggy. Both cars have a fibreglass tub with a VW flat-four engine in the rear, although that may be about the limit of their commonality. 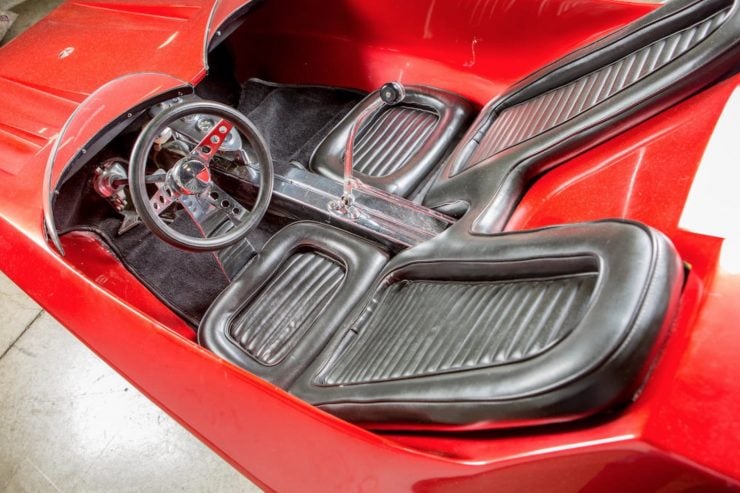 Over the years many have commented that the car looks more like a manta ray than a wish bone, but the two parallel protuberances out front gave the car its name and probably tripped over a few show attendees in its time. The fibreglass tub has (laid back) seating for two with two bubble shields, a shifter in the middle, and a centre-mounted gauge cluster.

The rear track width of the wheels was reduced so the tires would just clear the heads, and the wider front track features narrow wheels on spoked rims – probably inspired by drag racing cars of the era. There isn’t a lot of information on the specifications of the engine and drivetrain, other than it being an air-cooled VW flat-four with a four-speed manual transmission.

Original Ed Roth cars have been shooting up in value in recent years, and this one is likely to clear $80,000 to $120,000+ USD when it rolls across the auction block with Bonhams on the 27th of April. If you’d like to read more about it or register to bid you can click here to view the listing. 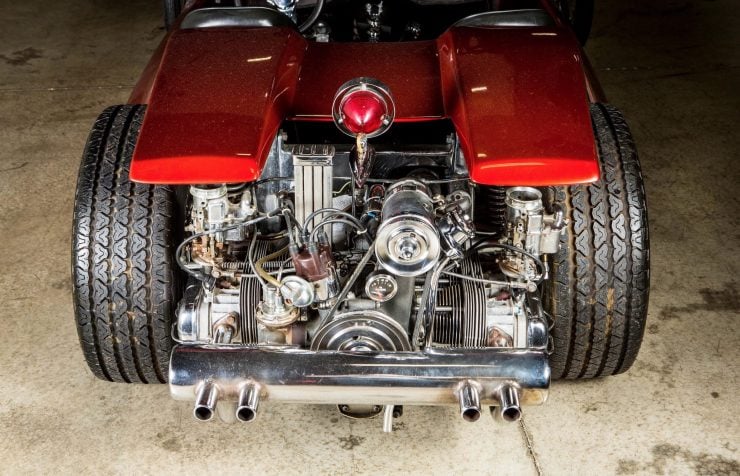 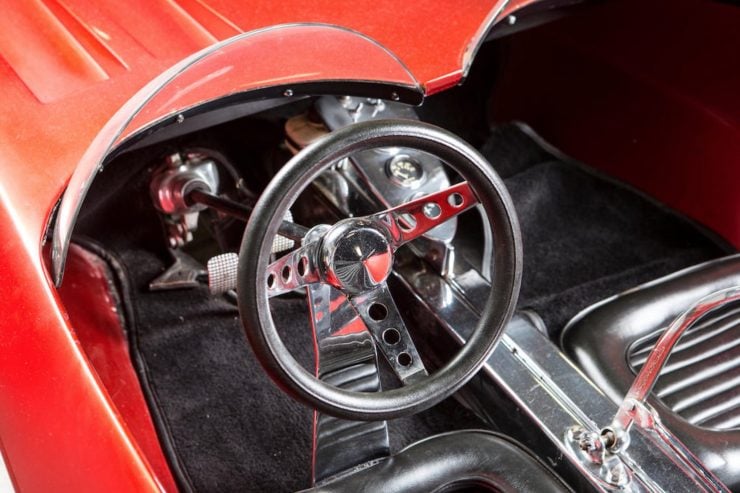 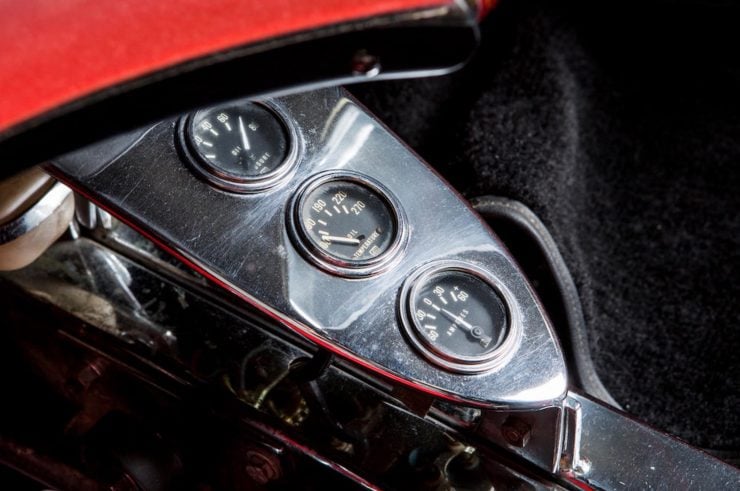 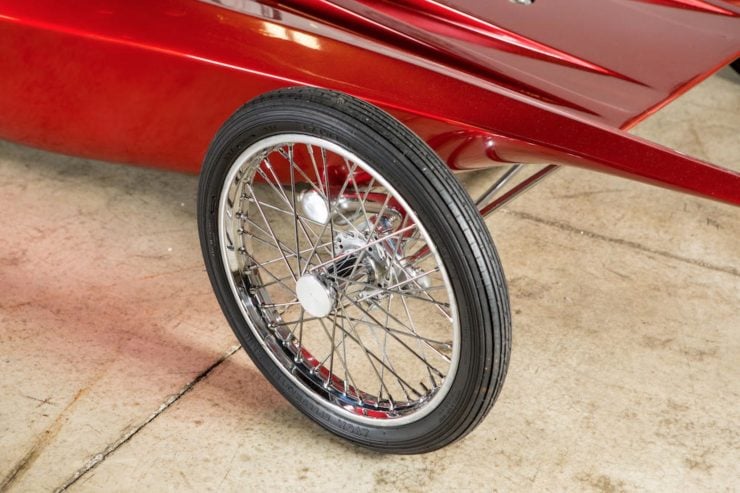 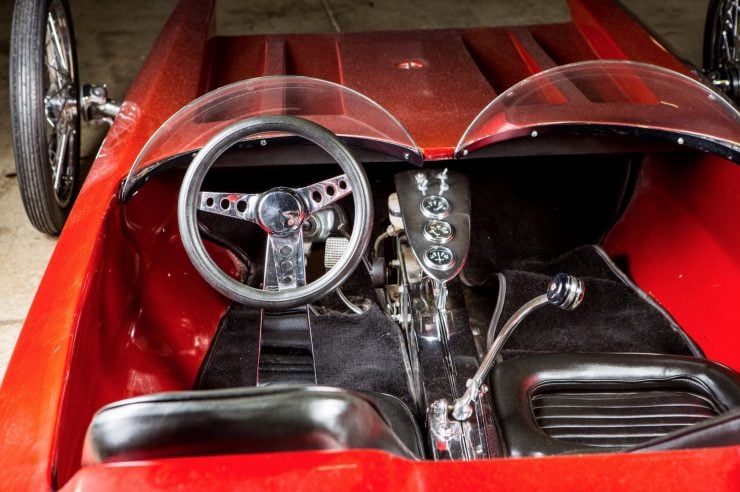 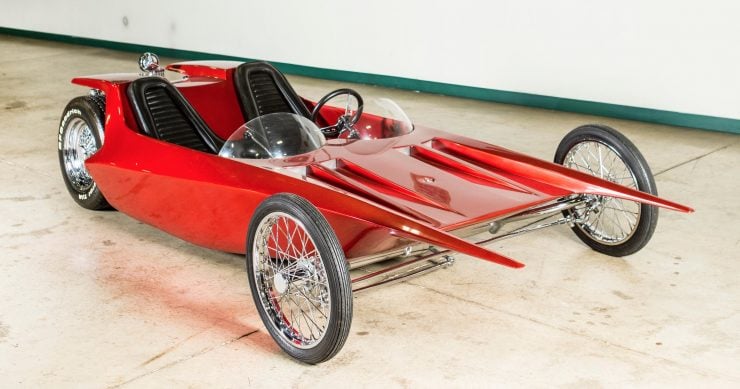 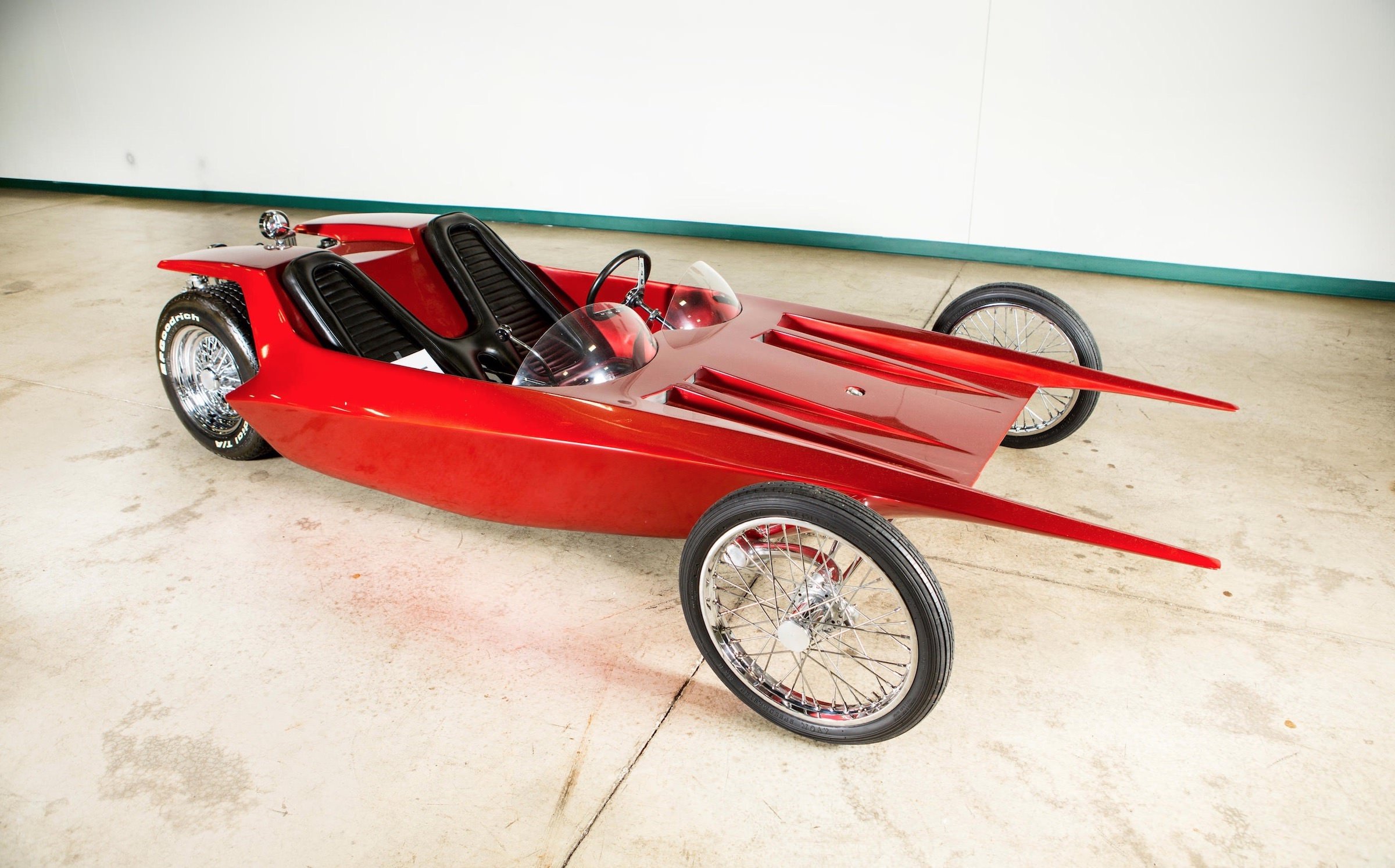